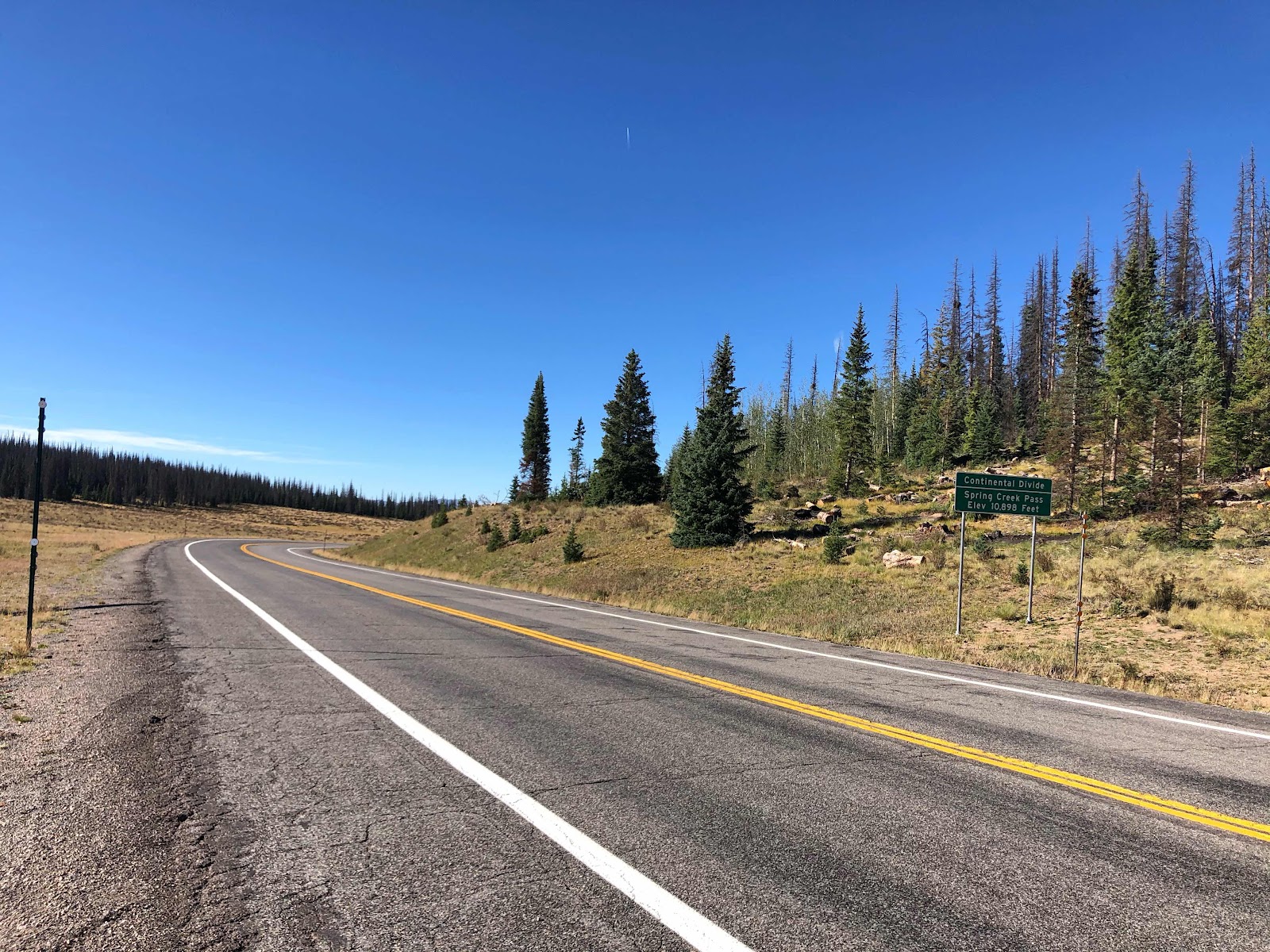 Fall is definitely here. I spent another cold night barely staying warm enough in my tarp. I awoke to frost on the ground and another frozen puddle of drool. Since I camped at the trailhead today was technically a zero day, but it didn’t feel like one since I didn’t wake up in town. I decided not to set an alarm today because it didn’t make since to try hitching to town before eight o’clock. I was still up by 5:30 and forced myself to try to go back to sleep. I was able to sleep until seven o’clock. I took my time packing up and was standing on the side of the road a little before eight. I knew that this might be a tough hitch, but i couldn’t believe how long it would take. I stood on the side of that lonely road for over three hours. It was by far the longest I’ve ever had to wait for a ride. I had several offers to take me to Creede, but I had friends meeting me in Lake City around noon. After about an hour I had a big hillbilly truck with Texas plates stop. Unfortunately, he didn’t offer me a ride. His exact words where, “Hey, if you owned a car you wouldn’t have to hitchhike.” Then he peeled out spraying me with gravel. To say that I was stunned would be an understatement. Not only was it rude, but three cars who would have potentially given me a ride passed by. I always smile and wave at cars going in the opposite direction and that was my saving grace. A nice retired couple out for a morning drive passed me around 8:30. They told themselves if I was still there on their way home they would stop. Well two and a half hours later I was still there and they stopped. At that point three other hikers joined me and they got a ride as well. They were lucky and only had to wait one minute. They were some of the nicest and most interesting people I had ever met hitchhiking. They both hitchhiked around the world in the 60’s. I don’t know if I was more irritated at wasting the morning of my zero day or missing breakfast. They dropped me off at a restaurant called Chillin, a place I had visited on the CDT. My lunch was amazing and I quickly forgot about breakfast. 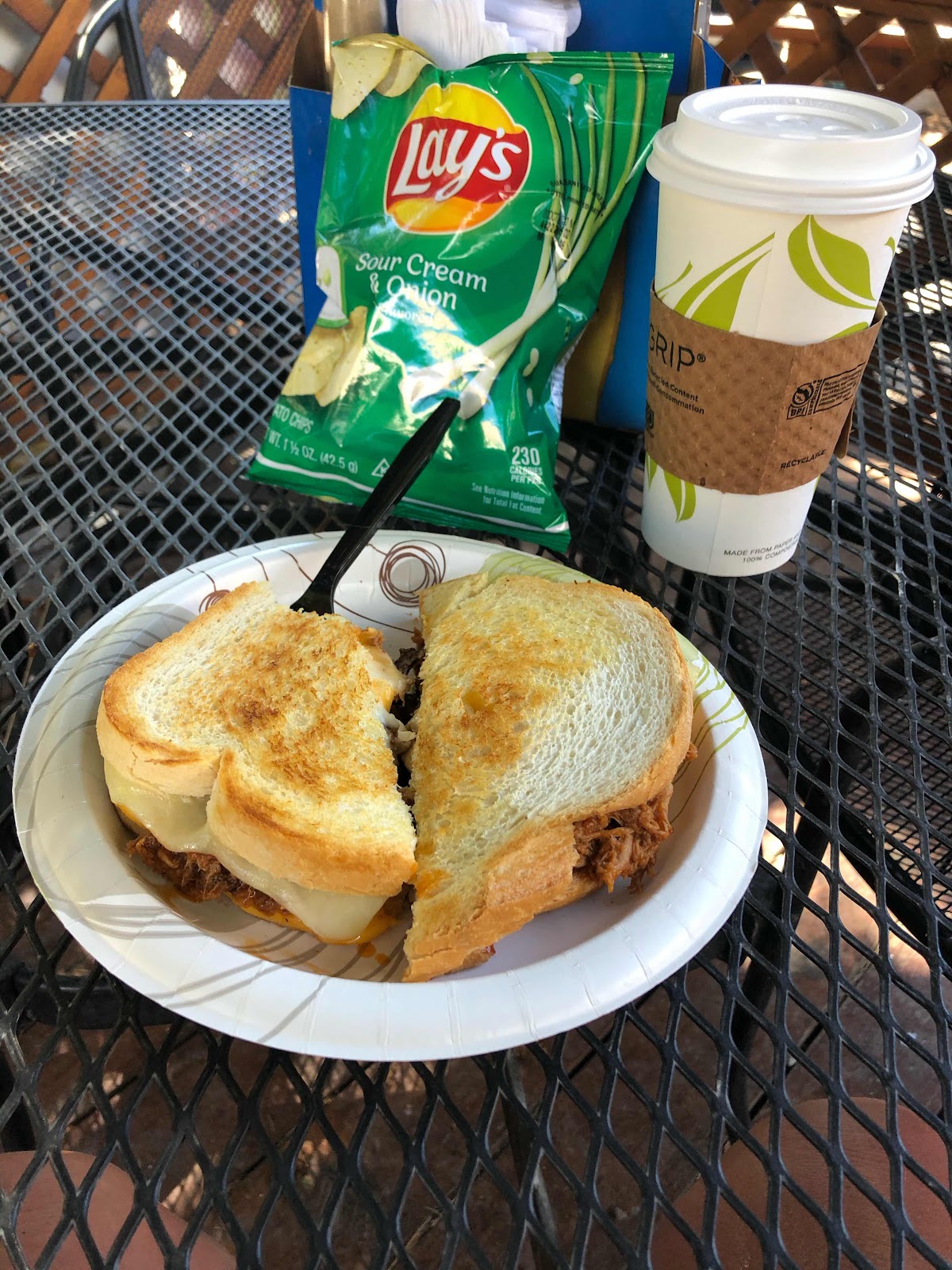 Delicious pulled pork melt
I was able to catch up on email and talk to my mom while I waited for Jess and Kelsey. Luckily I didn’t have to wait for long. Once they arrived they had lunch and we had a few drinks. I had booked a hotel while I was in Salida and we were able to check in a little early. Unfortunately, they didn’t offer laundry onsite, but there was a laundromat half a mile away. I took a nice long shower and then sorted my food resupply that Kelsey brought me. We hung out at the hotel for awhile before hitting the laundromat. The good thing about washing and drying six items is that it doesn’t take very long. We sat in the sun and had a few beers while waiting for my clothes to finish. It has been great having friends meet me on trail. 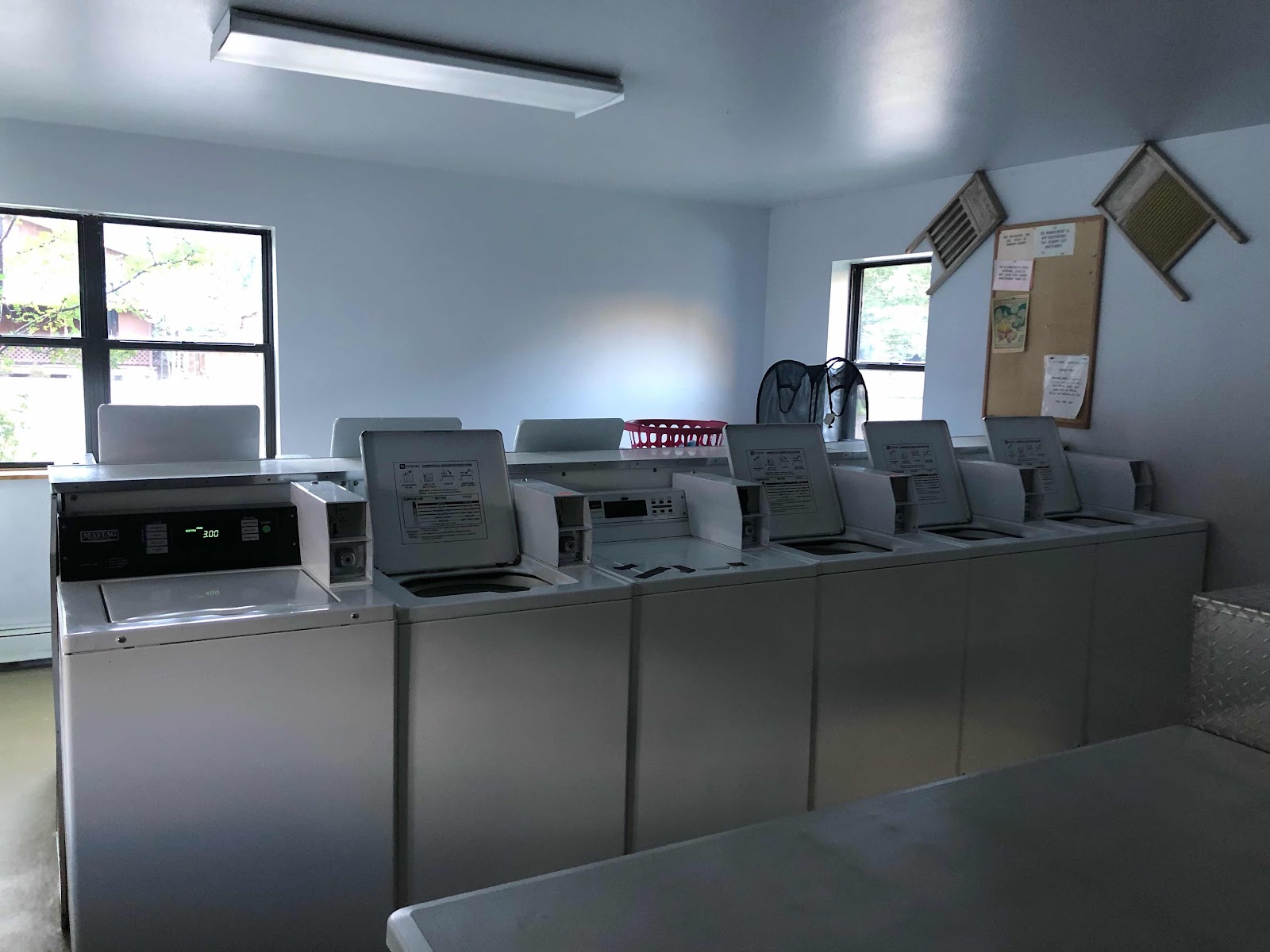 Really clean laundromat
After the laundry was done we went back to the hotel. After talking nonstop we decided it was time for dinner. The hotel has a pizza restaurant so we decided to eat there for the convenience. The pizza was delicious and the owners of the hotel are really friendly. If you ever find yourself in Lake Ciry, CO I highly recommend the Alpine Moose. The place looked like a dump from the outside, but the rooms have been remodeled and were perfect for the price. 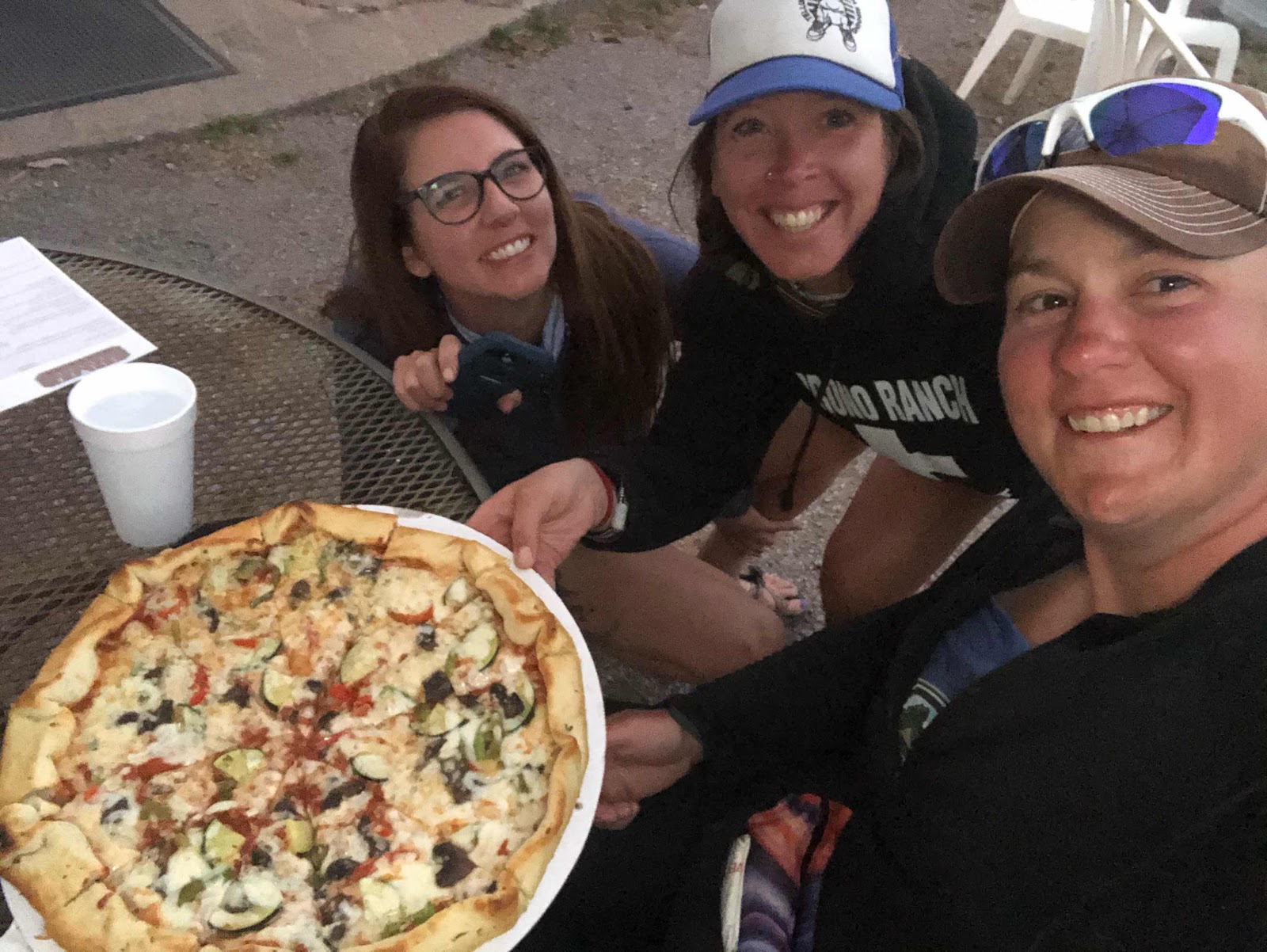 Kelsey, WanderLost, and I
It took all of our self control to take a picture before we started eating. Now we are back in the room enjoying a bottle of wine and catching up. I’ll be happy to be back home in five days with such good friends.

“Relax and refuse to let worry and stress rule your life. There is always a solution to every problem. Things will work out for you when you take time to relax, refresh, restore and recharge your soul.”
- Lailah Gifty Akita