Day 4- Beginning of my SoBo Hike

Yesterday was a travel day to get me to Denver to start the trail. I couldn’t find a rental car, but I lucked out on a cheap flight to Denver. I flew out of Cortez, CO which is about an hour south of where I live. I was able to have my friend Kelsey give me a ride to the airport so I didn’t have to leave my car. Thanks Kelsey! My flight to Denver got in at 6:15pm then I took public transportation to Littleton, Co, which took about two hours. My plan was to walk 1.5 miles to my hotel, but it was almost dark and the only road to get there was a major highway with no sidewalk. I decided the safe course of action was to take an Uber. My Uber cost $19 to go 1.5 miles. Yikes. I didn’t check into the hotel until after 9pm. Then I had to organize my food. I had sent all of my food to the hotel ahead of time. I knew that I couldn’t fly with my hiking stove and fuel canister so I figured it would be easier to send everything ahead of me. My first section is 104.4 miles, which means I’m carrying 7 days of food. That is the most I’ve ever had to carry on the beginning of a hike. It’s a good thing my base weight is only 9lbs. I hadn’t thought to check the weather ahead of time. I didn’t think about how hot it is in the front range in August. The high for today was 95 degrees. The first 10 miles had zero shade so I was hoping to get an early start to beat the heat. Well that didn’t happen. I didn’t get to bed until after midnight. I was up and ready to leave the hotel at 7am, but couldn’t get an Uber until 8:45. At trailhead was only 8 miles away, but with traffic we didn’t get there until 9:30. Not exactly a great start to the day. 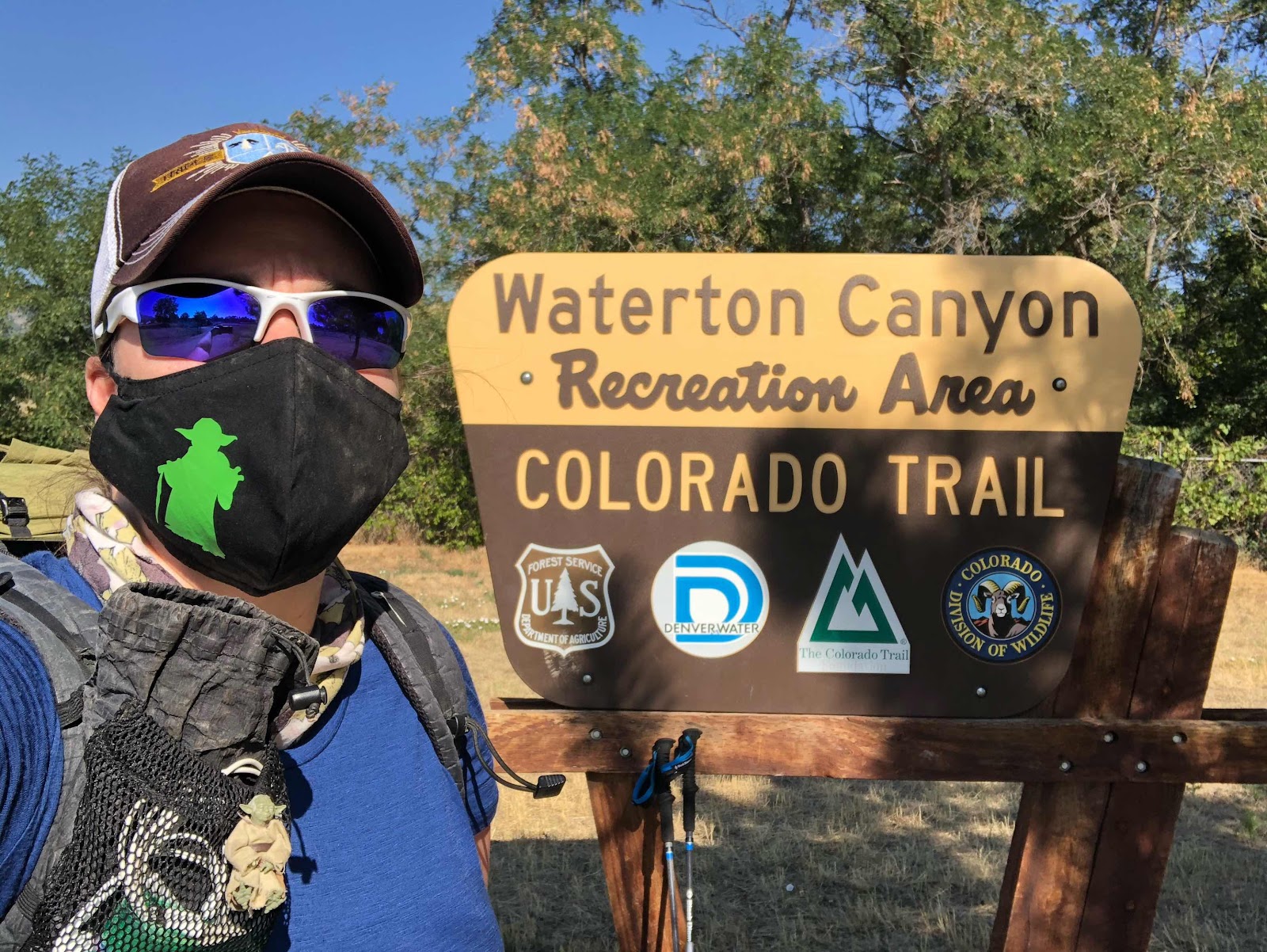 Northern Terminus of the Colorado Trail
Thanks to my friend Allison for making me this awesome mask. I’m not hiking with it on, but it will come in handy for hitching and town. Check out her online store called That’s What She Sold.
The first 9ish miles of trail followed a canal. It was a hiking/cycling/running trail. I saw a ton of people out enjoying the multi use trail. I followed the canal the entire 9 miles, but access to the water was very difficult. I decided to start hiking with 2L in case I didn’t have access to water. That ended up being a good choice. It got hot really quick and I was drinking a lot. I was able to get more water around mile seven. 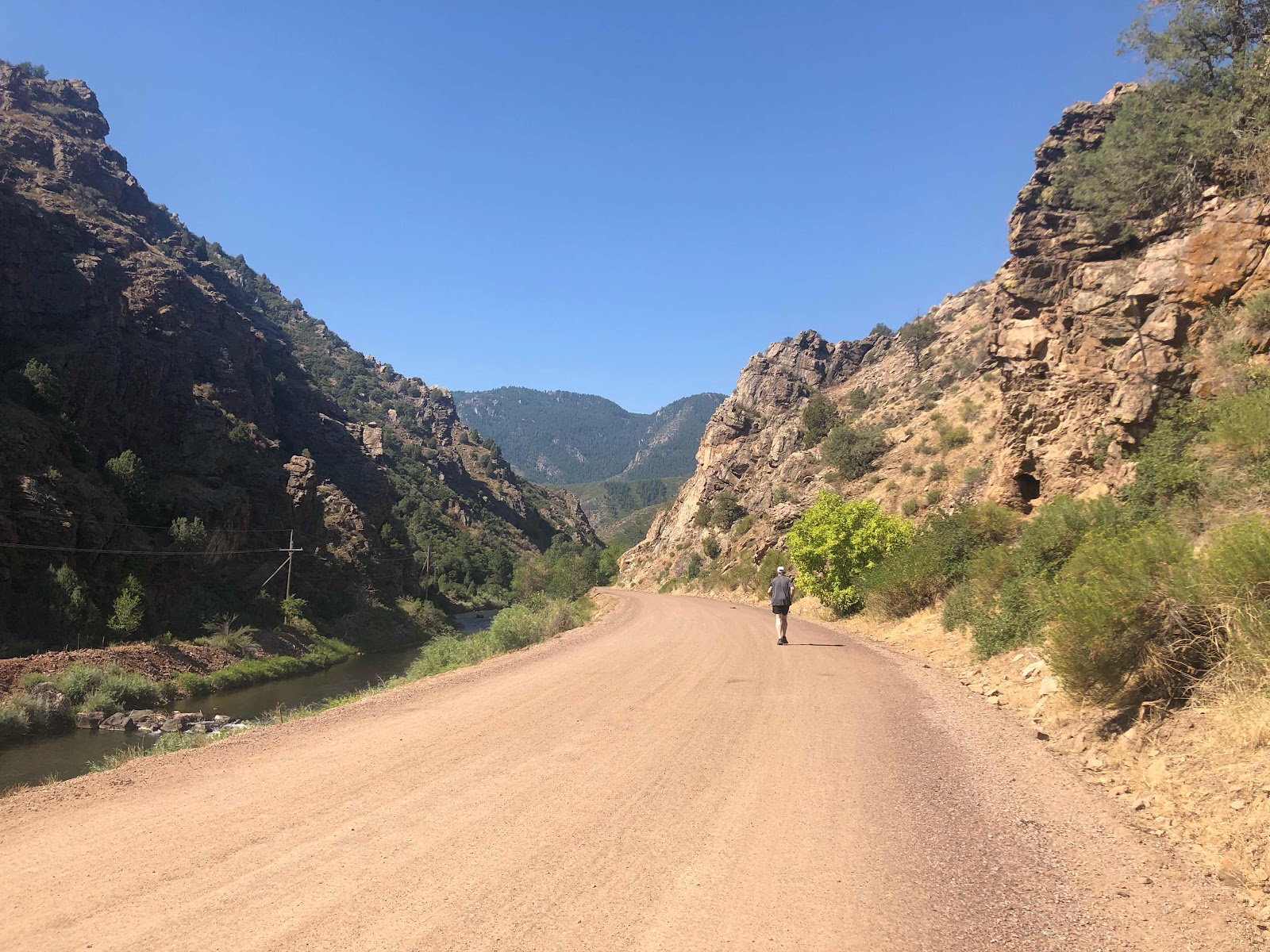 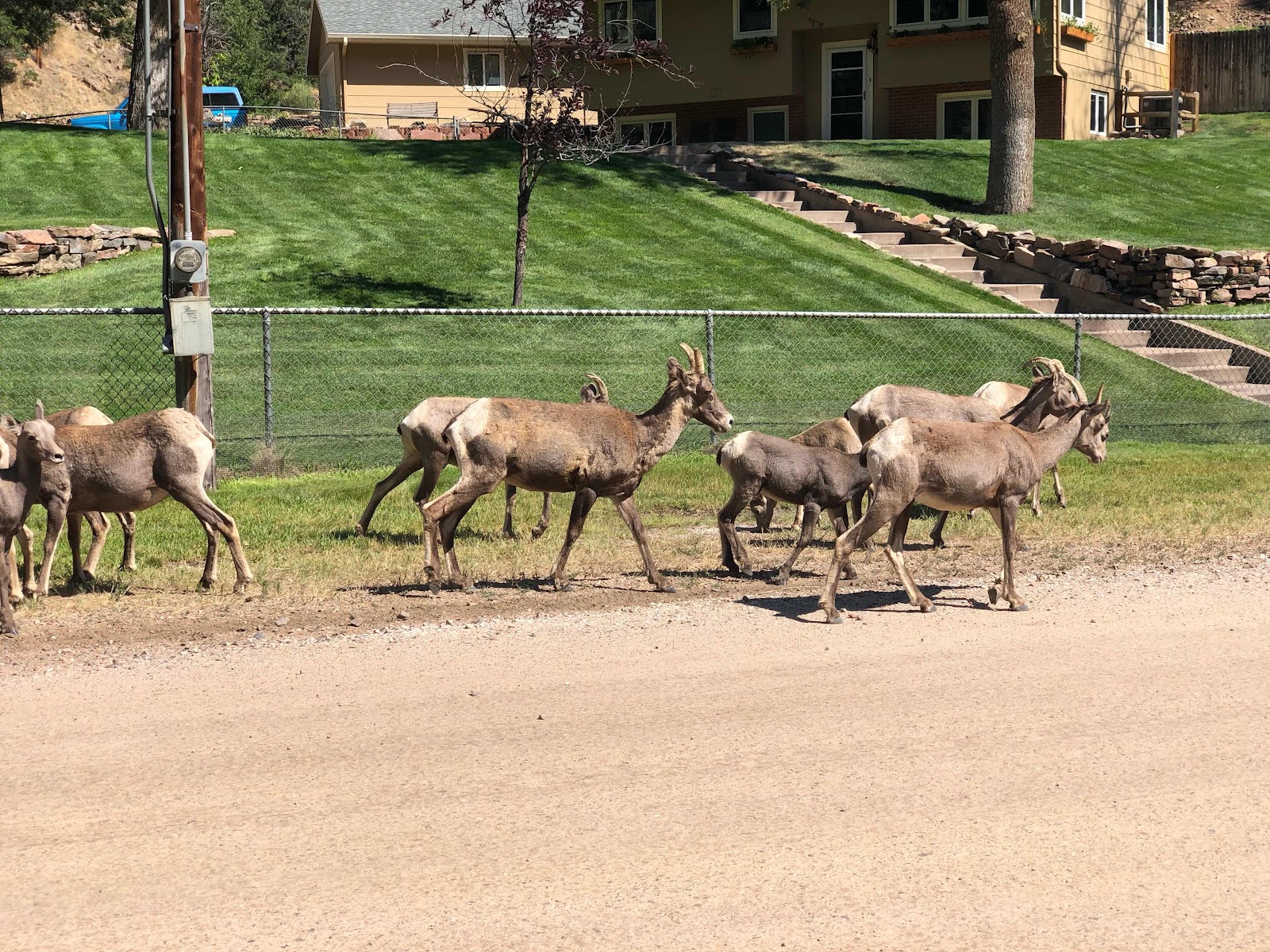 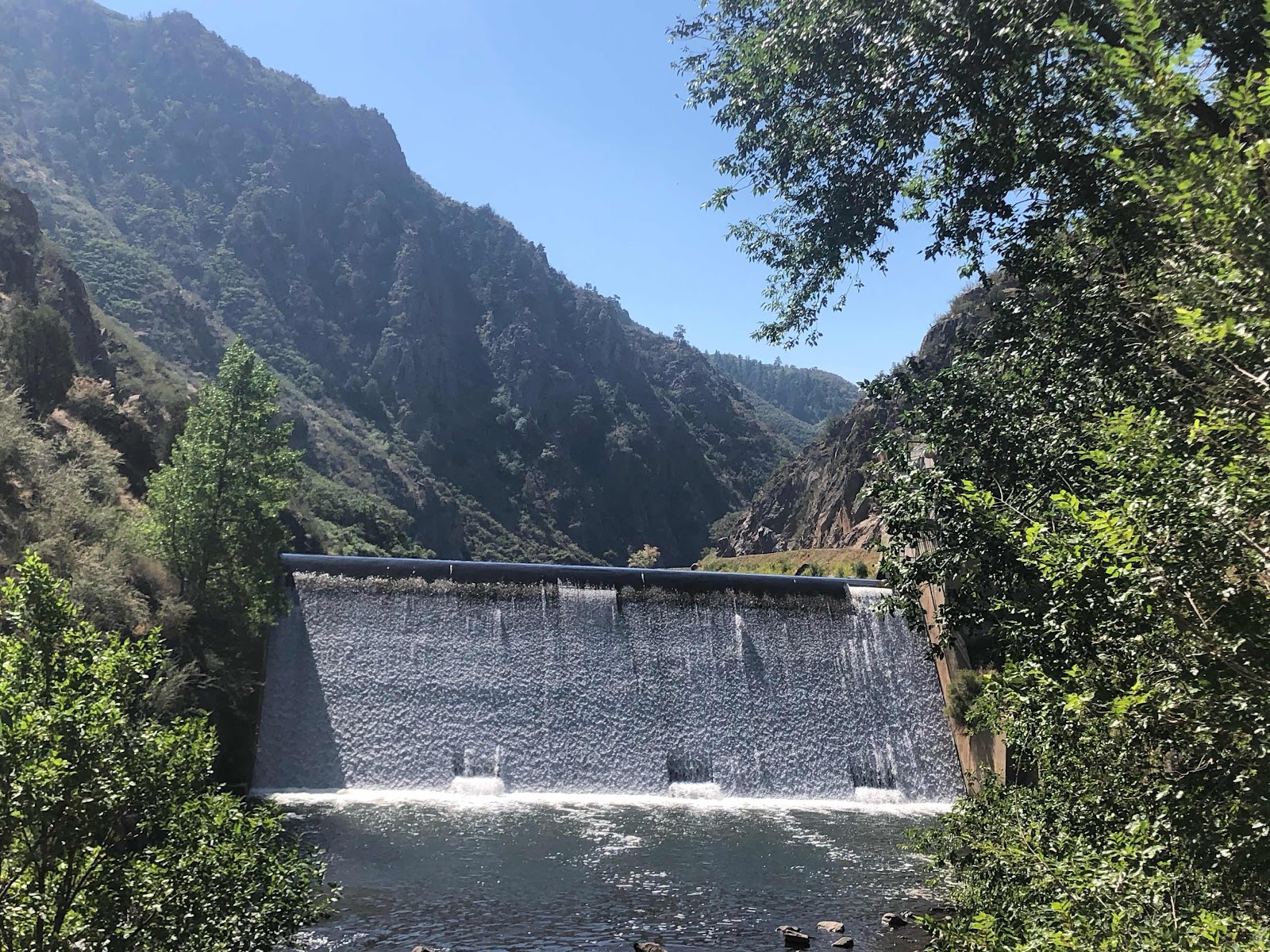 The nice thing about hiking in Waterton Canyon was about every 2-3 miles there was a bathroom, trash cans, and a covered picnic table. I was able to crush the first 7 miles before taking a break at one of the covered picnic tables. I felt like I had made up some time for my late start, but I didn’t realize how big the climb coming up was. I also wasn't drinking or eating enough because the rest of the day was a struggle.  After hiking in the blazing sun all morning I appreciated the next part of trail was through the forest, even if it was a hell of a climb. I kept coming across the most random things. I saw bags of trash, men’s under wear, a pair of shoes, somebody’s food bag, and other random pieces of garbage. 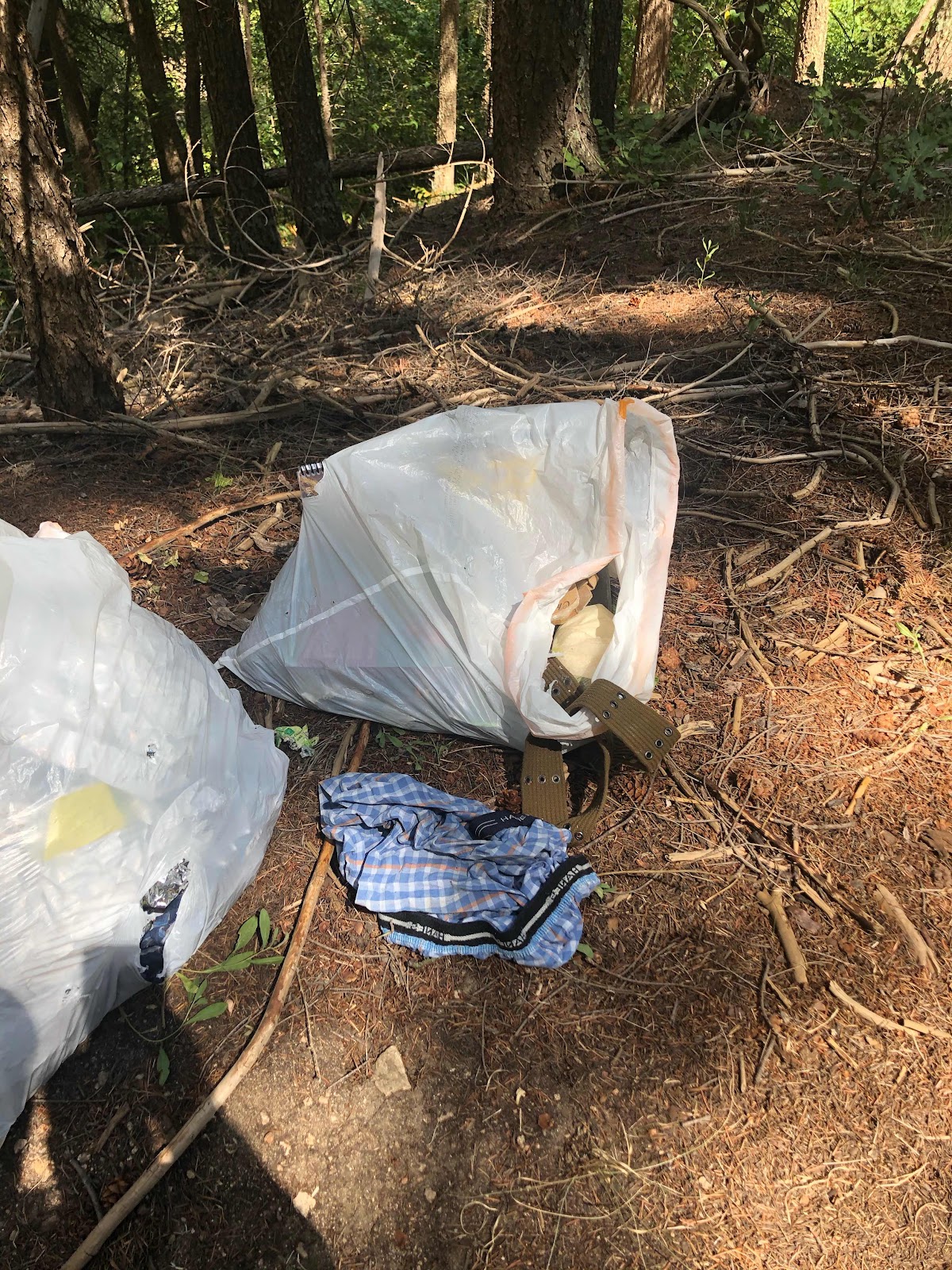 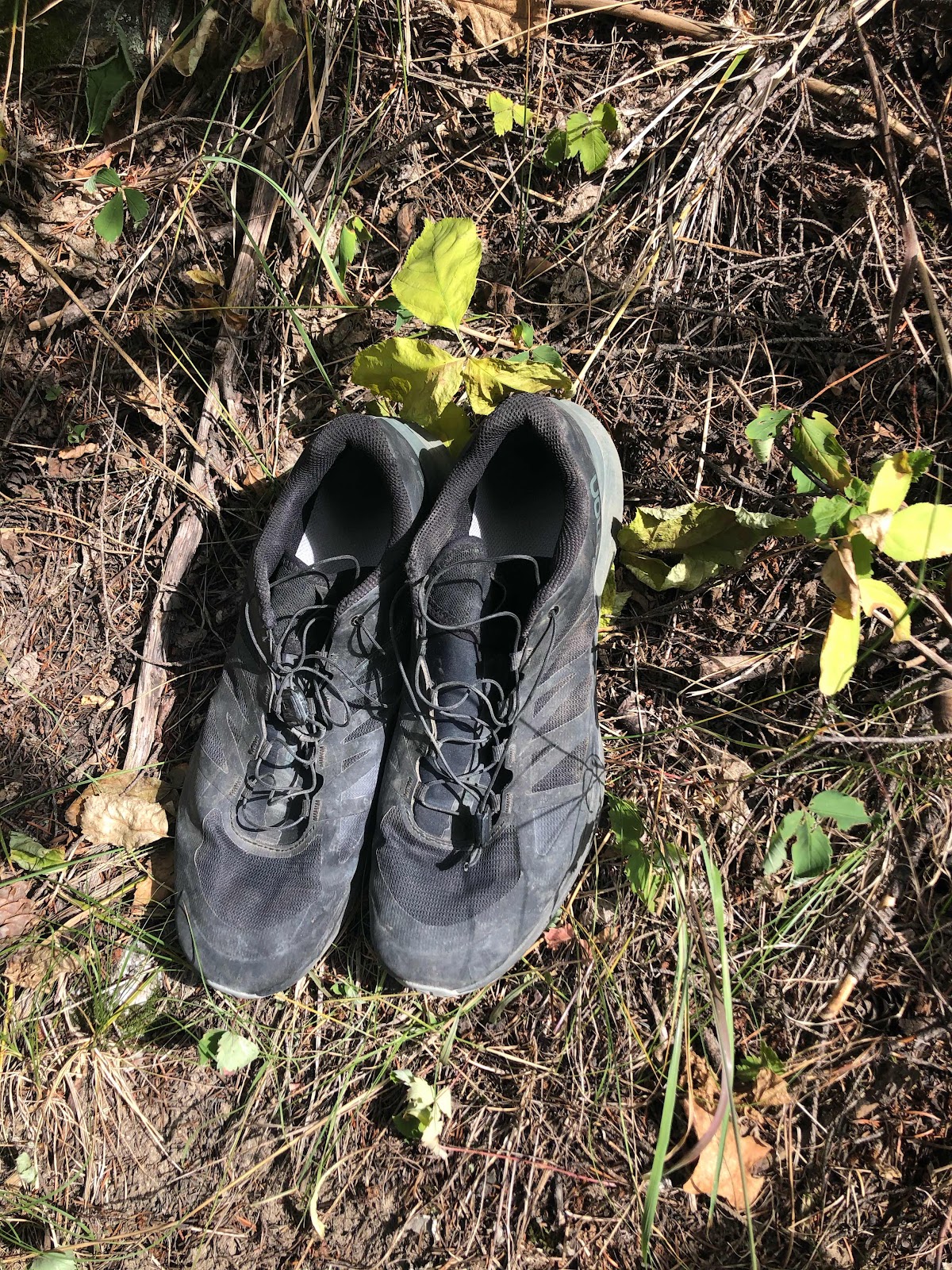 Shoes
The rest of the day seemed to drag on forever. I had to make it to mile 16.8 because that was the only water source. I hade only hiked about 5 miles and had already drank one of the two liters I was carrying. I kept telling myself it was time to ration water, but I couldn’t make myself stop drinking. I was down to about half a liter of water when I found a seasonal source that was listed on my hiking app, Guthook Guides, as being unreliable. I’ve drank some pretty gross water in my day, but this wasn’t too bad. It was really just a puddle, but it was crystal clear and ice cold. I just had to make sure not to scoop up and of the water bugs or mosquito larvae. Before filling up I finished my half liter so I could carry two full liters. I had drank over 4L so far and hadn’t peed yet. That probably wasn’t a good sign. I labored my way up to the top of the climb and was rewarded with a hazy, but good view. I was stoked to gain some elevation because I hoped that would cool things down a little bit. Yeah, it really didn’t help at all. 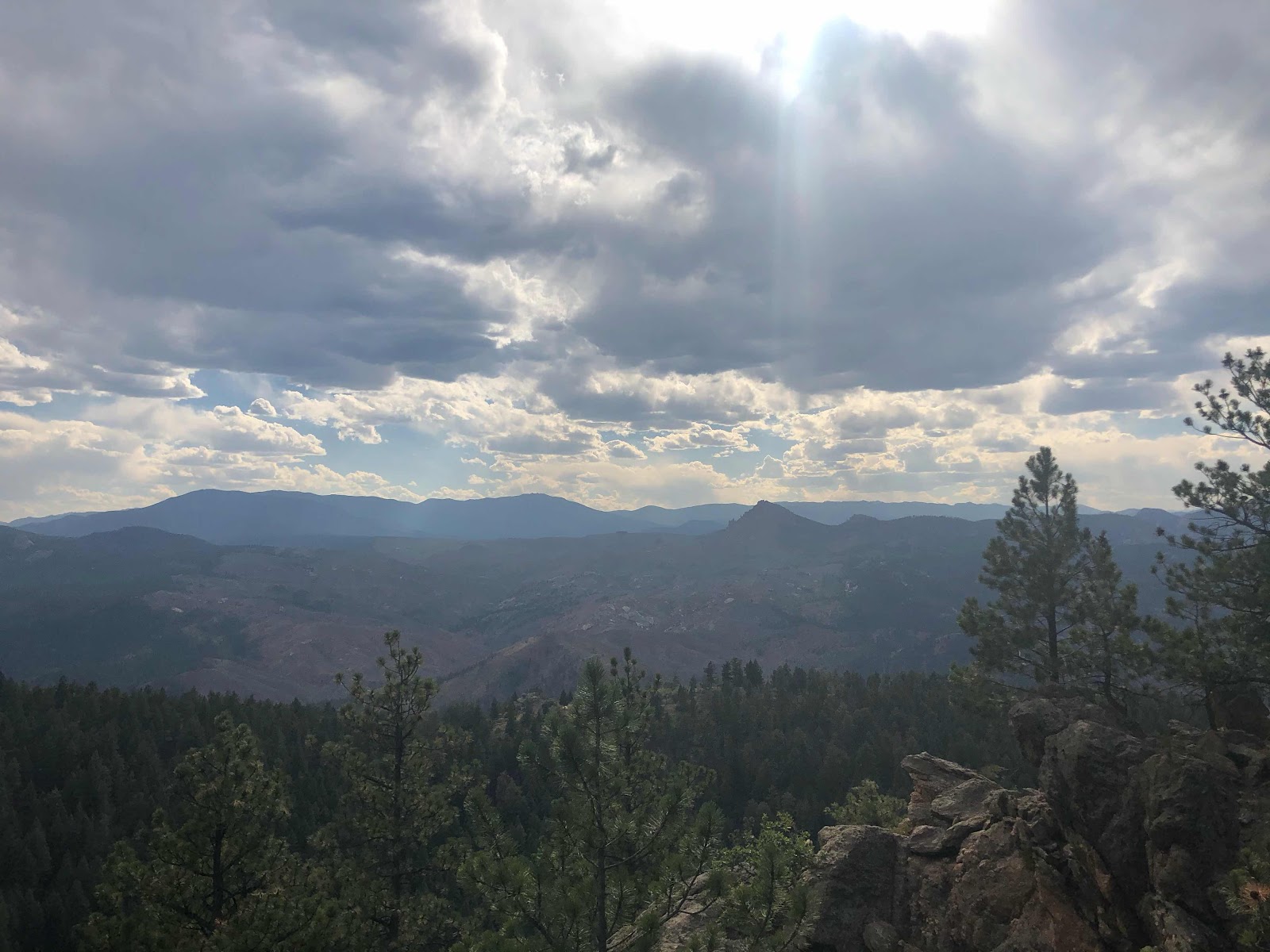 Good view of where the trail goes tomorrow
My next 4.6 miles went straight downhill to a river. I had to dump all of the elevation that I had gained today. That is never a good thing, but at least it dropped down to an ice cold river. There were at least 13 hikers camped at the river. Nobody was very talkative which I found strange. Finally two guys, both named Josh, struck up a conversation with me. They were both nice, but I was in kind of a hurry to get to the river so I didn’t chat for too long. Most of the camping spots were .25 miles before and above the river. There was no way I was camping there. I would have to walk a quarter of a mile downhill to get water, then walk a quarter of a mile uphill to get back to camp, and then have to go a quarter of a mile back downhill when I left in the morning. Nope! I’m not doing that. The river had a lovely, flat, gravel parking area. I set up camp in one of the parking spots. 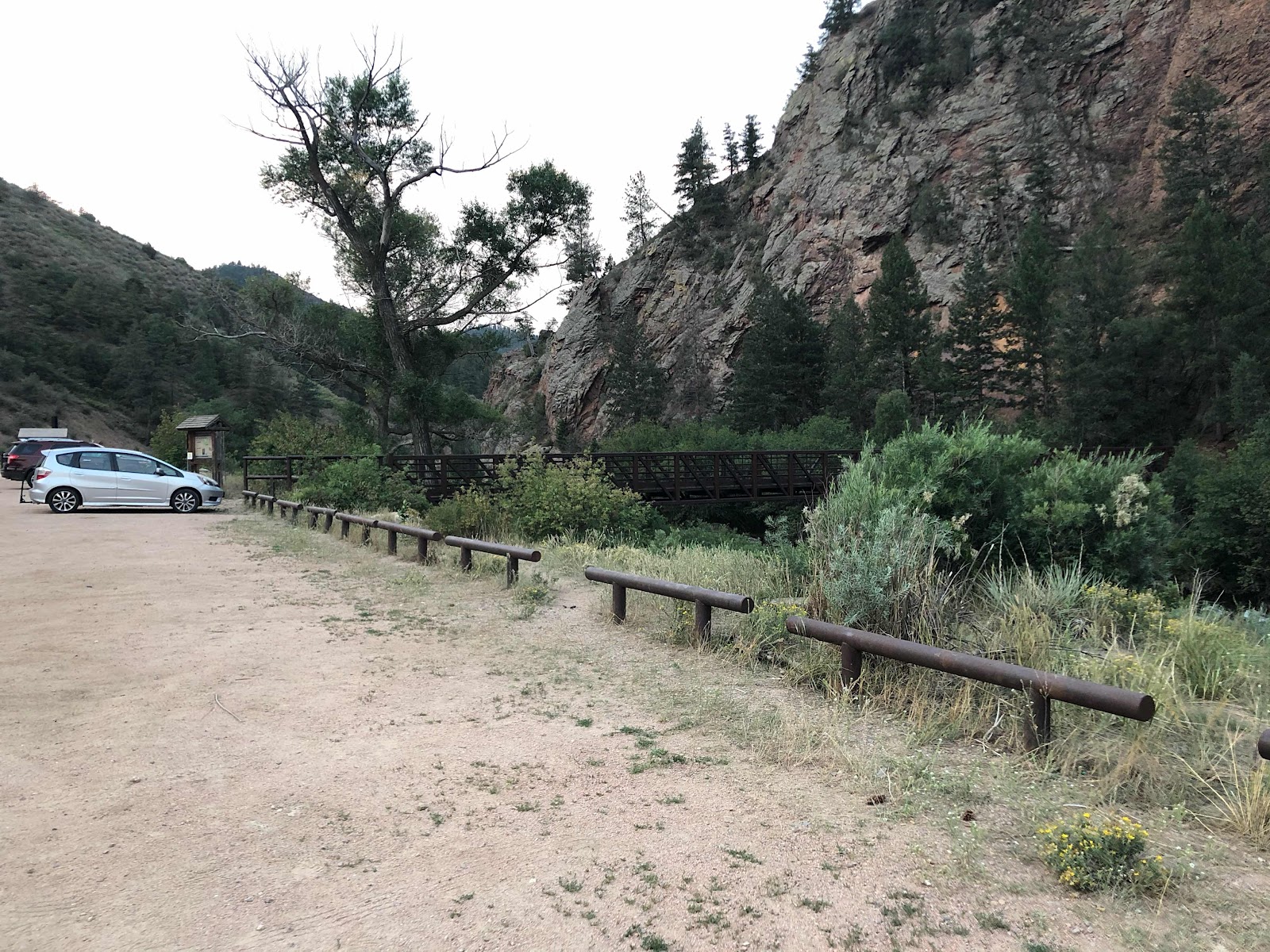 Lots of flat space to camp
A short time later I was joined by a nice guy named Jeff. We had meet earlier in the day and chatted for about five minutes. Jeff is bikepacking a 200 mile section of trail. It was cool to talk to him about bikepacking. Most of the uphill sections we do he had to push his bike up, which seems really tough. The downhill sections are what really appeals to me about bikepacking. He goes down some of these mountains at 30-40 miles per hour. Just before dark a guy named Matt limped into camp. He looked pretty tired as well. Today was definitely more of a struggle than I had expected. I thought it was all going to be rainbows, unicorns, and puppy dogs. Nope!
I struggled all day to eat anything. It was just too hot and I was exhausted. I had packed a Mountain House freeze dried meal for dinner tonight. They are super easy to make since all you do is boil water and wait 9 minutes. I only got down a few bites before I knew I was in trouble. If I can’t finish a meal I have to pack out the leftovers until I come across a trashcan(highly doubtful) or make it to town(almost 90 miles away). It took me forever to choke it all down. By this time it was well past dark and I still had to write my blog. Tomorrow is going to be just as hot and even more exposed to the sun. I won’t hit water until mile 20 which should be a huge problem. I think I would have to carry 5 or six liters in this heat. Luckily I don’t have to worry about that. There is a fire station about ten miles away that allows hikers to get water from there tap. It is such a dry year that too many hikers were getting into trouble that they decided to help out. I plan on hitting the trail by 6am so I can get a 5 mile climb over with before it gets really hot.

“Beyond the very extreme of fatigue and distress, we may find amounts of ease and power we never dreamed ourselves to own; sources of strength never taxed at all because we never pushed through the obstruction.” - William James