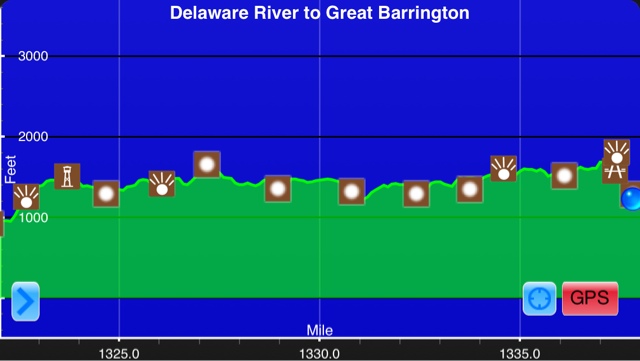 I've heard numerous times how rude and nasty the people of New Jersey are, but that has been the exact opposite of my experience. When I left camp this morning I had a 1.5 mile walk along a very dangerous road for resupply to look forward too. As I was walking down the highway I watched a car make a u-turn right in front of me. I was surprised when she rolled down her window and offered me a ride. I gladly accepted and not only did she drive me to the store, but waited for me to do my shopping and took me back to the trail. Thanks, Maureen! Her simple act of generosity changed my entire morning and day. She saved me over one hour of extra walking.
The little bodega, Dale's Market, was great. It had everything I needed for the next couple of days. I was back on the trail by 9:00. As I was repacking my newly purchased goodies into my food bag, Lil Free Bird, came by. I haven't seen her in a few days and it was great to catch up. We ended up hiking together all day and had a blast.
The first part of the hike was a tough climb up Sunrise Mountain. By the time we got to the top, I was covered in sweat and out of breath, but the view was great. 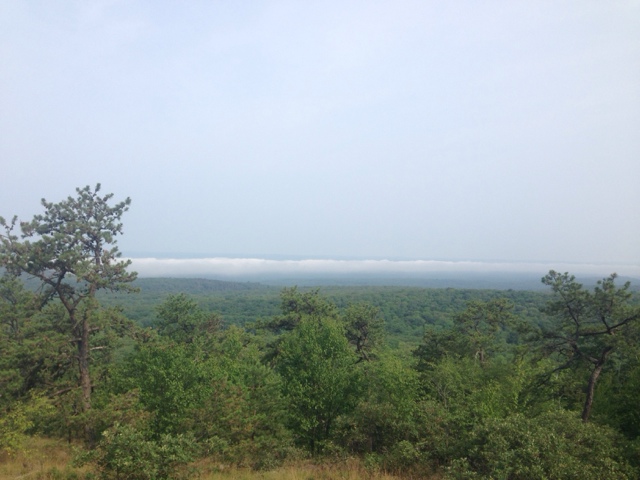 Sunrise Mountain
After all of the hard work to get to the top of the mountain we immediately went back downhill. We walked through a nice pine forest for a little while that had a great stream running through it. I had left town with no water and was really thirsty, so we stopped to filter water. It takes me forever to filter and was glad Lil Freebird stayed to keep me company. I thought she would press on because she was planning on doing a 25 mile day and I was only planning on a 15. 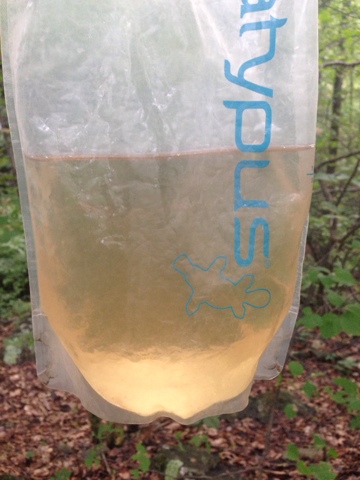 New Jersey stream water due to clay content of river beds... tastes fine, looks gross
As we talked over our plans for the day, Lil Freebird, quickly changed her high mileage day. She didn't see what I did in the guidebook, a state park with free swimming, showers, and snack bar. We decided to have a nice leisurely hike today. My body has been telling me to slow down, so I've decided to listen.
The next part of Sunrise Mountain had a large pavilion on it, so we decided to have lunch there. 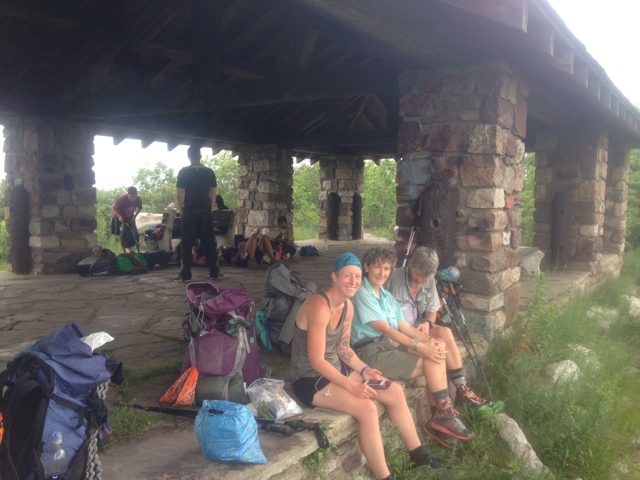 Lil Freebird and 2 Bad Dogs(Lynn and Art)
I had a pretty large lunch. I got fresh bagels at the bodega and had one with tuna and a snickers bar for dessert. We discussed how we are hungry all the time now and never feel full. We had a very long lunch break and it took us awhile to find the motivation to move on. Just after we left the pavilion we saw a sign for trail magic. We followed the sign into a large parking area with a great view. 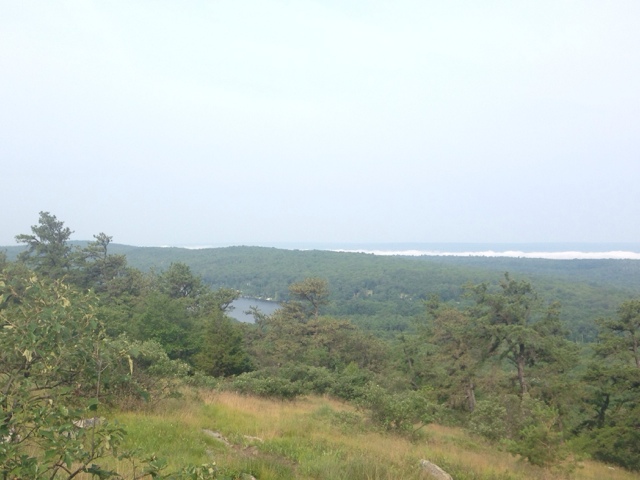 Not bad for a parking lot view
The trail magic was amazing. Scout, a thru-hiker from 2014, and Kyle, had a great setup. His truck had speakers in the bed for music, a charging station for our electronics, and a giant ice chest filled with a variety of beer, soda, juice, and water. They had even packed in a gas grill for hamburgers and hotdogs. Even with the big lunch a few minutes earlier, we still found room for hamburgers, a beer, soda, fruit and cookies. Since it was a low mileage day, we had plenty of time to hangout. 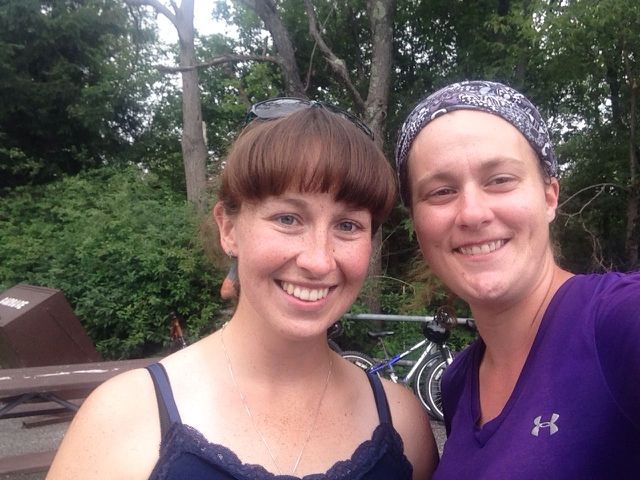 Thanks Scout!!!
Eventually we had to press on. We still had ten miles to go and the park amenities closed at six. We made short work of the next few difficult miles. As we hiked, the trail passed right next to, Mashipacong Shelter, so we stopped in. Someone had left potable water in the bear box for thru-hikers. I get really excited when I don't have to spend time filtering water.
We spent the next few hours talking about our aches and pains, food we fantasize about, and things we dream about doing when not hiking(sitting on a boat and sipping cocktails made the top of my list). It was a very enjoyable afternoon. Before I knew it we made it to, High Point State Park. As you can probably tell from the name, it is the highest point in NJ, at 1,679'. The point is marked by a 220 foot obelisk that was built in 1930 as a war memorial and observation tower. 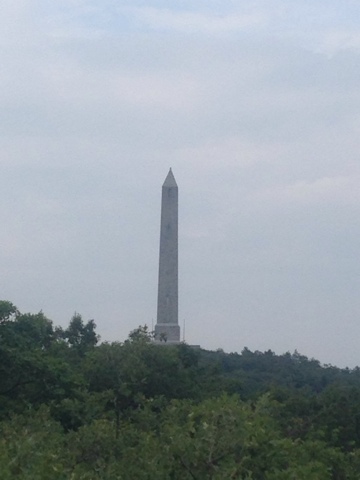 Looks like the Washington Monument
Right around the corner we found what we were looking for, Marcia Lake. It was a beautiful lake, with a lot of families hanging out. We quickly shed our packs and jumped in the water, which was very cold, but it soothed my aching joints. We didn't swim for very long because the showers closed at 6:15, and it was already 5:45. I took a nice, long, hot shower. I was also able to wash my clothes while I showered. Free shower and laundry, score. Once I was nice and clean I hit up the snack bar, but decided I didn't want to spend money on anything. I had just resupplied and wanted to eat out of my food bag to reduce my pack weight. We decided to cook dinner there, since we had access to potable water and picnic benches. As we were cooking a park employee came outside and started questioning us. I thought for sure we were in trouble for cooking there, but she wanted to know if we wanted anything to eat from the snack bar. They had already closed, but she would reopen for us. It was a really nice gesture and I couldn't turn down a rootbeer float.
We had a "nice" dinner out of our food bags and enjoyed a very pleasant evening overlooking the lake. 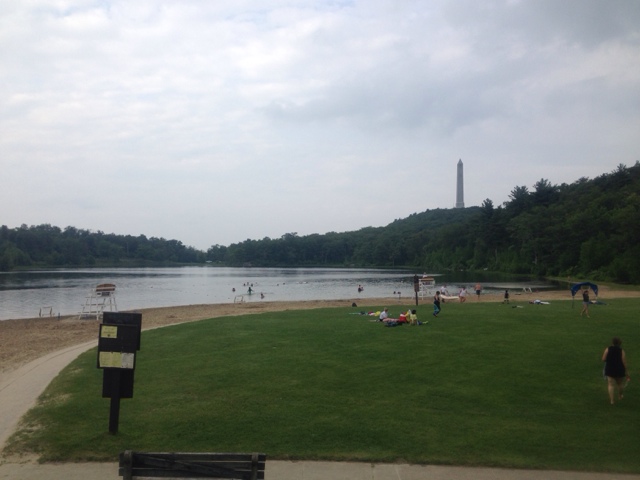 Marcia Lake at High Point State Park
From there it was a nice easy .8 mile hike to the shelter. I have my hammock hung next to a fast moving creek, which sounds like a white noise machine. I think I'll sleep good tonight!
"To watch people push themselves further than they think they can, it's a beautiful thing. It's really human."
- Abby Wambach
I forgot to mention that I saw another bear today. 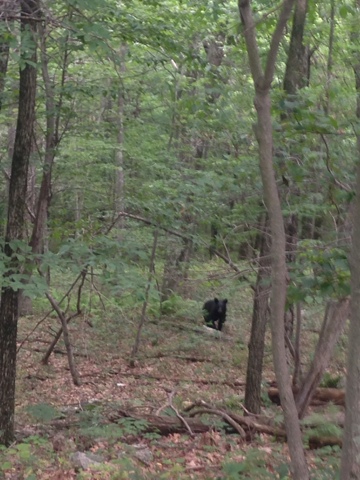