I was really groggy when I woke up this morning. I really did not want to get started. I hit my snooze button three times before I started to move. I began to pack up and decided to wait until I heard Straws and Piñata begin to pack up. I waited about five minutes and when I didn’t hear anything from their tent I decided to finish packing. Later Piñata told me they had been waiting to start packing up until they heard me. Technically we are still in grizzly country, but since we have been camping close to cattle we have relaxed our nightly bear precautions. If the ranchers aren’t worried about bears, neither are we. As a result we have been getting out of camp faster. It was 6:45 when we started hiking. It looked liked it was going to rain so instead of hiking in my puffy jacket I wore my rain jacket. I didn’t warm up as quickly as I thought I would. In fact today was very pleasant. The terrain is starting to change again. We still hiked mostly on the divide, but it felt different. We hiked through really cool looking forests. We still had a few crappy rolling hills to hike straight over, but not as many. 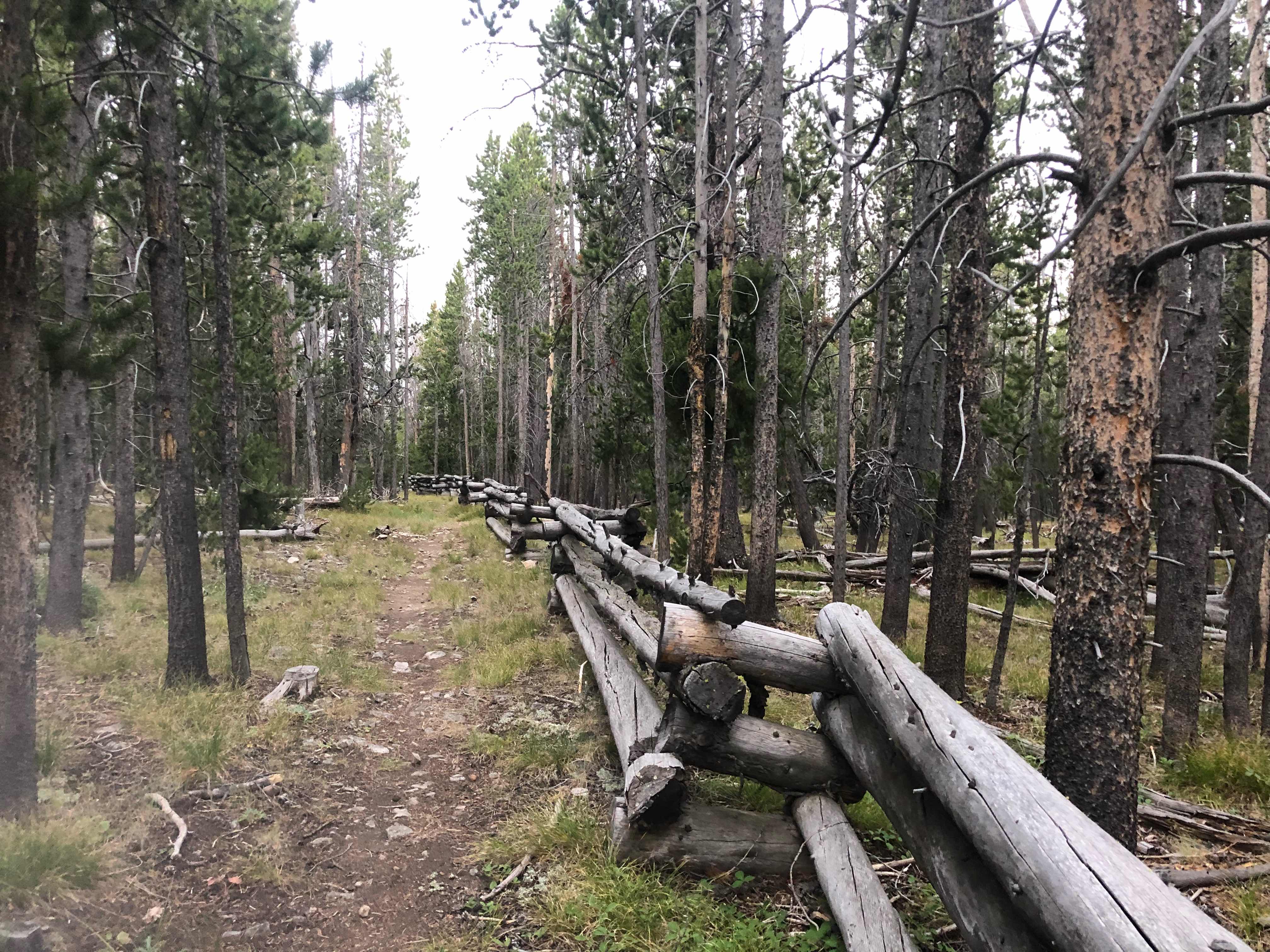 Instead of a barbed wire fence we followed an old buck and trim fence line
Our water sources were well spaced out until the end of the day. We ended up taking more morning breaks than usual today, but managed to stay on schedule. I was pleasantly surprised by how easily the miles passed. My pack is stuffed to the brim with food so I really expected to drag. I thought today would be a struggle. I could definitely feel the weight, but it didn’t slow me down. We met a nice southbound hiker with a dog. I’m not sure who was more excited to see us the hiker or the dog. Hiking SoBo must be a lonely hike. They are always so talkative when I come across them. 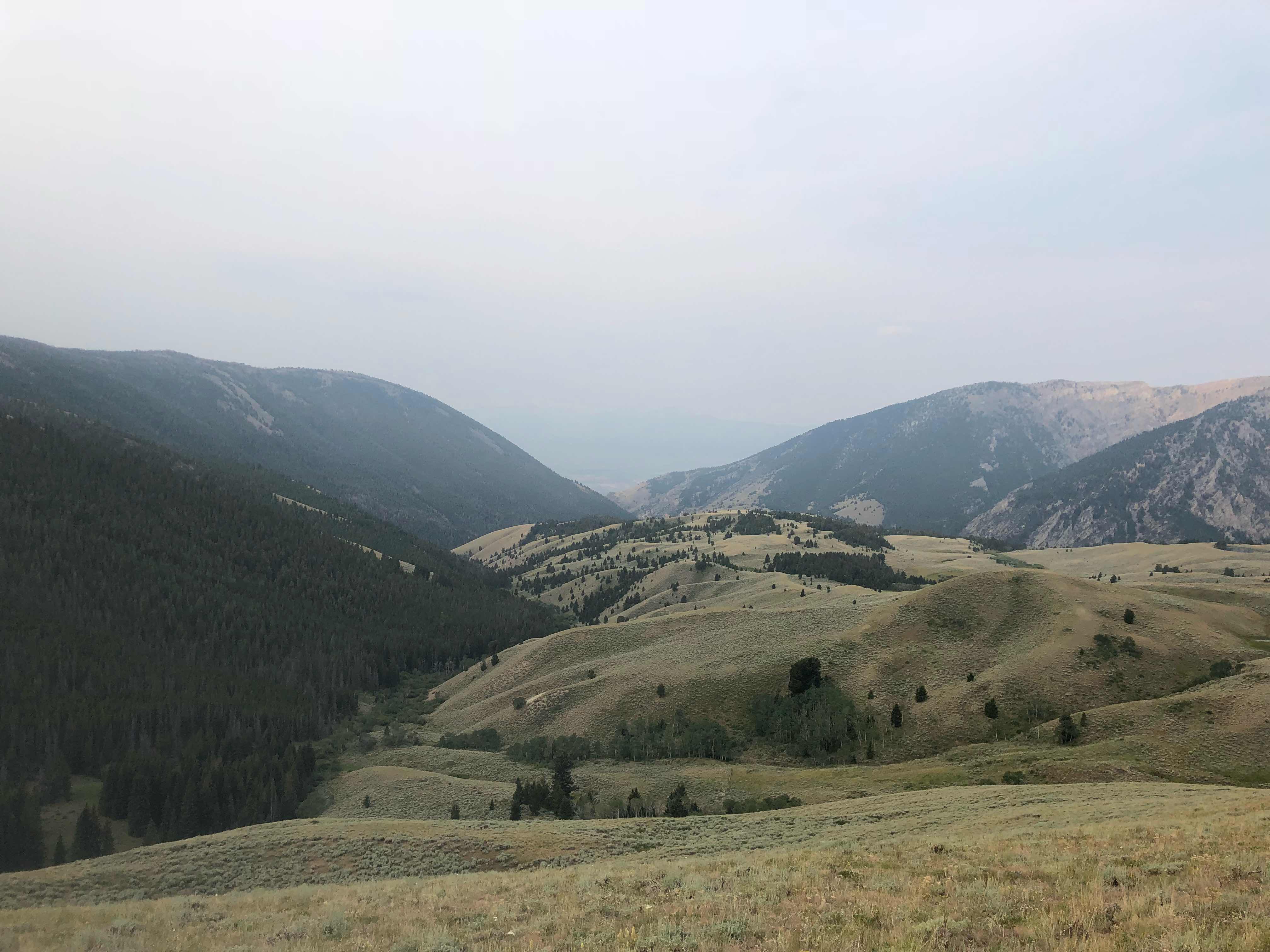 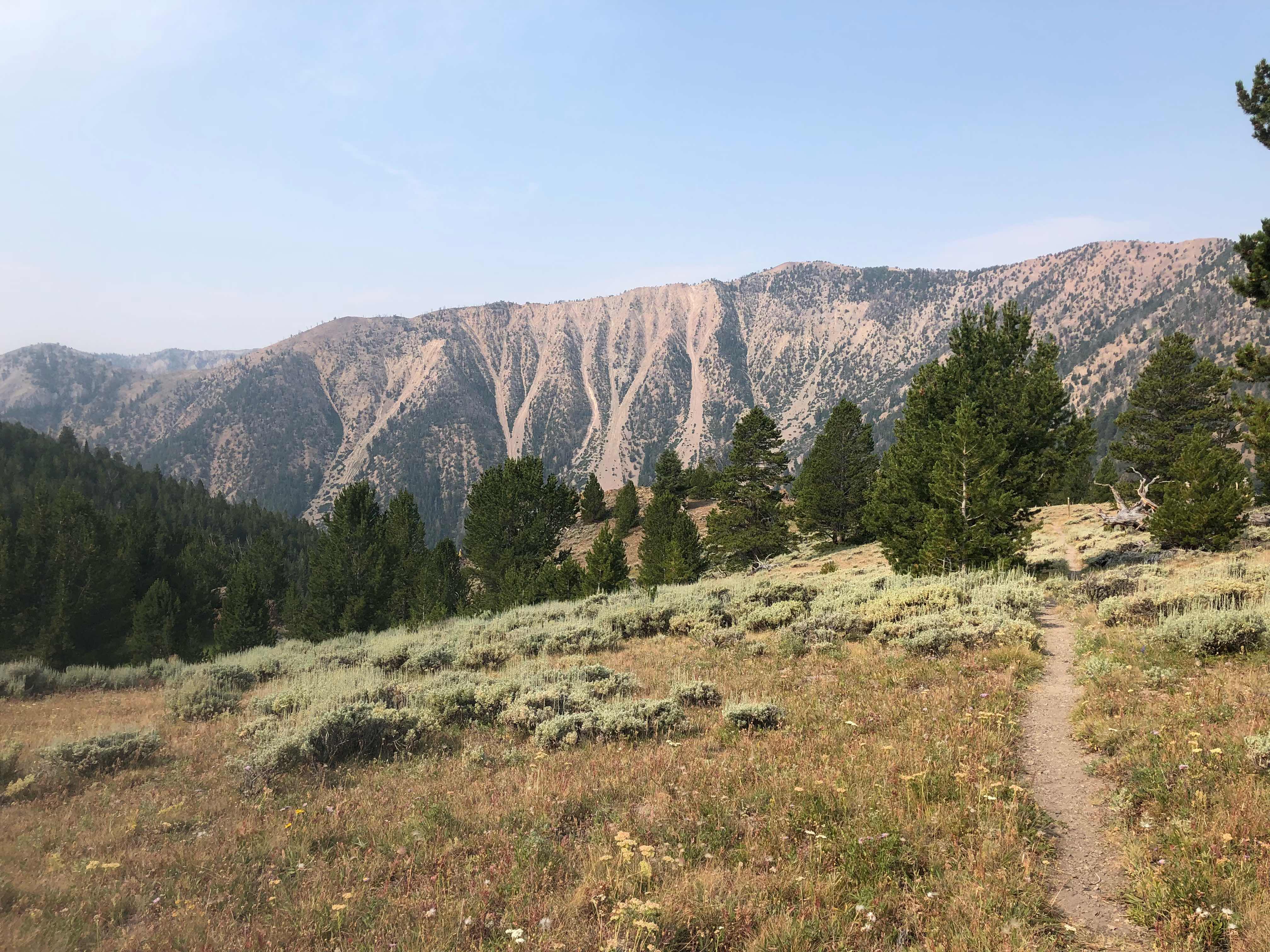 Cool looking ridgeline
Shortly after leaving the southbounder and his dog I found a rather large package of Tollhouse cookie dough laying on the trail. I really didn’t want to carry a pound of cookie dough, but I also didn’t want to leave it behind. I’m pretty sure it belonged to the guy with the dog, but I couldn’t be sure. I thought about eating it, but without knowing how long it had been there that didn’t seem like a good idea. I decided to follow leave no trace principles and pack it out. I wasn’t too pleased to be carrying 1 pound of extra trash that wasn’t even mine. 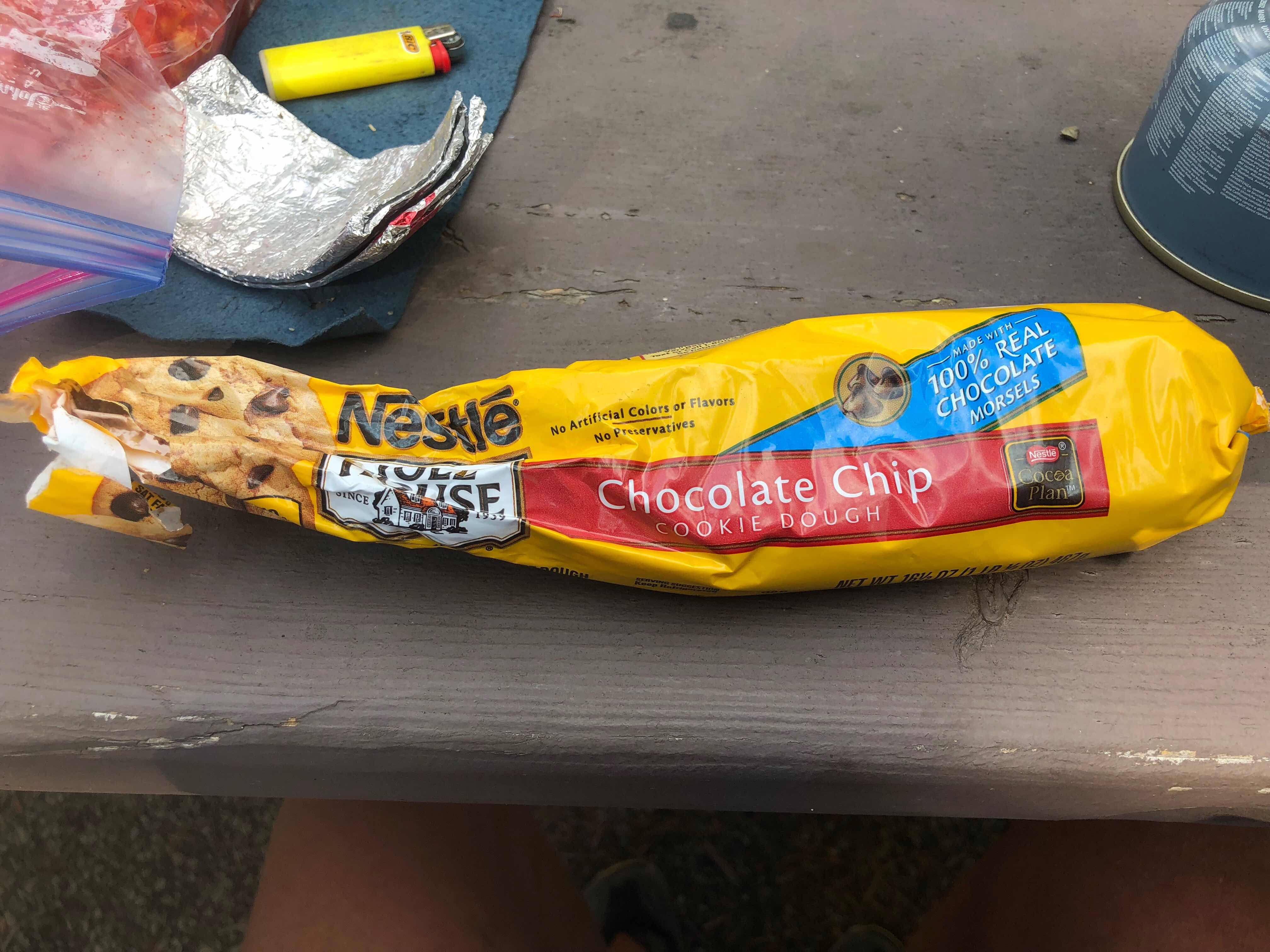 Tollhouse cookie dough
I figured I had two options with the cookie dough. I could dig a hole, empty the cookie dough into it, and pack out the wrapper. I didn’t like that option. An animal could dig it up and eat it. My second choice was to carry it for nineteen miles to a trailhead that I knew had a privy. I could dumped the dough into the privy, which would keep it away from animals, and then pack out the wrapper. I decided on option number two. Straws, Piñata, and I got a good laugh out of the situation. The dough cane out of the wrapper looking like poop. Instead of using the euphemism, digging a hole to refer to going poop, from now on we plan on saying, we dropped a Tollhouse. The three main things thruhikers talk about on trail is poop, food, and gear.
Our last water source for the day was at Lemhi Pass. The Pass had a memorial/informational area for Sacajawea and the Lewis and Clark expedition. The area had picnic tables, privies, and the water source was the headwaters of the Missouri River. It was a really cool historical area. We decided to stop and eat dinner there so we wouldn’t have to carry extra water to camp to cook with. Our next water source is nineteen miles away. I already had to carry four liters, I didn’t want to carry five to cook dinner. We spent about an hour there. We collected water, cooked, ate dinner, and socialized with more southbounders. This is also where I dumped the Tollhouse. I took a few minutes to read the informational signs about Sacajawea. 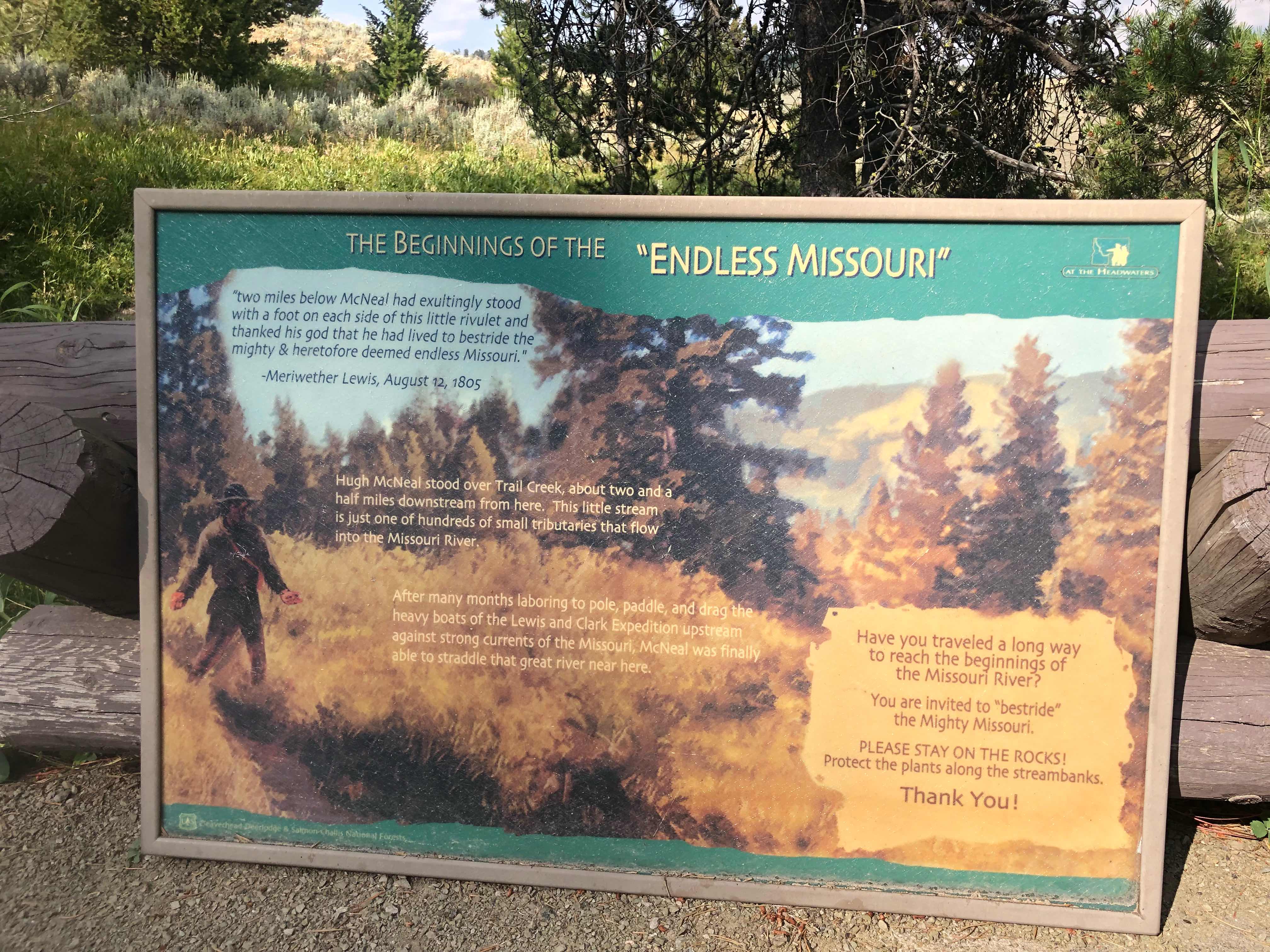 Info about the Lewis and Clark expedition 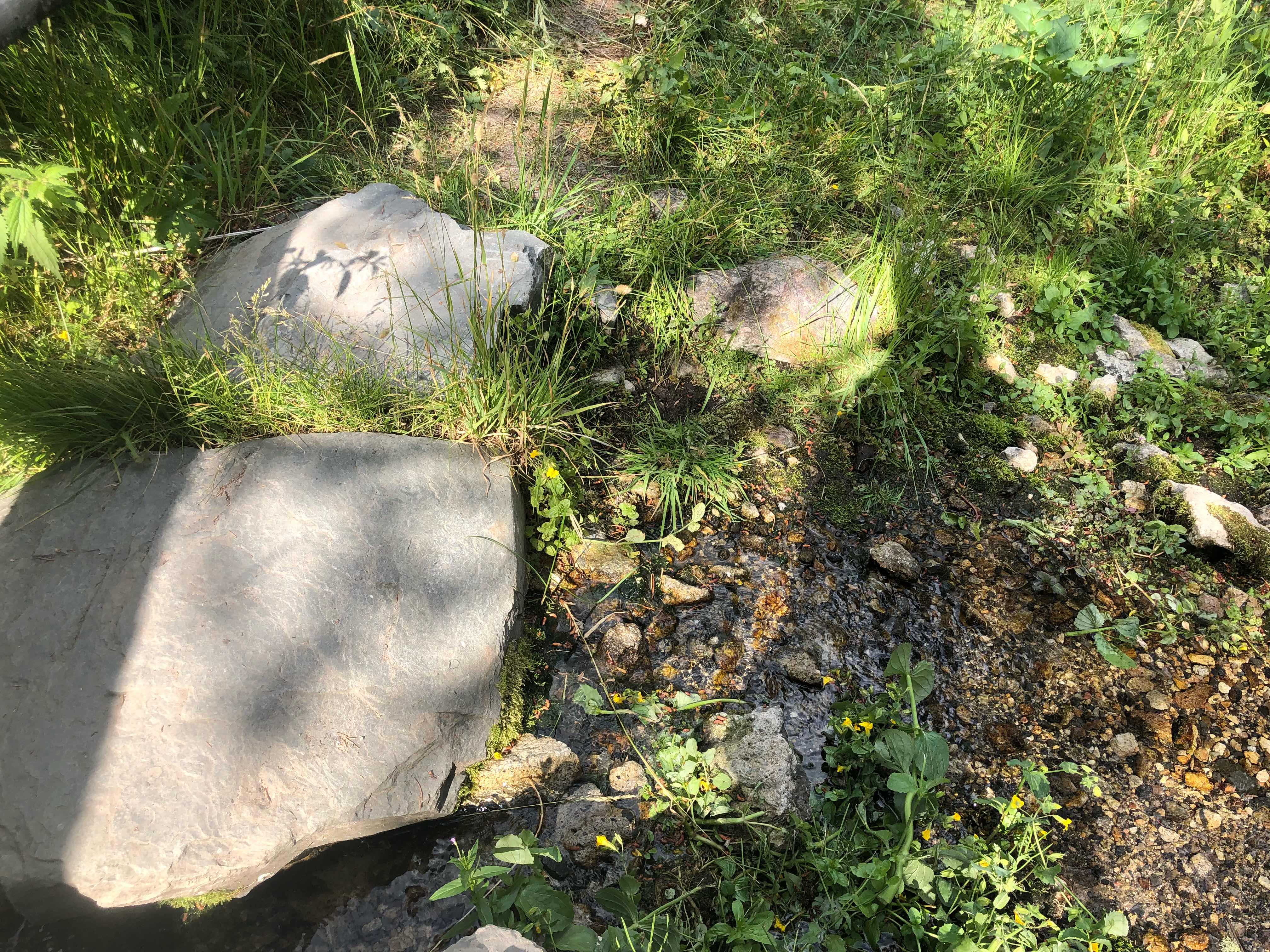 Headwaters of the Missouri 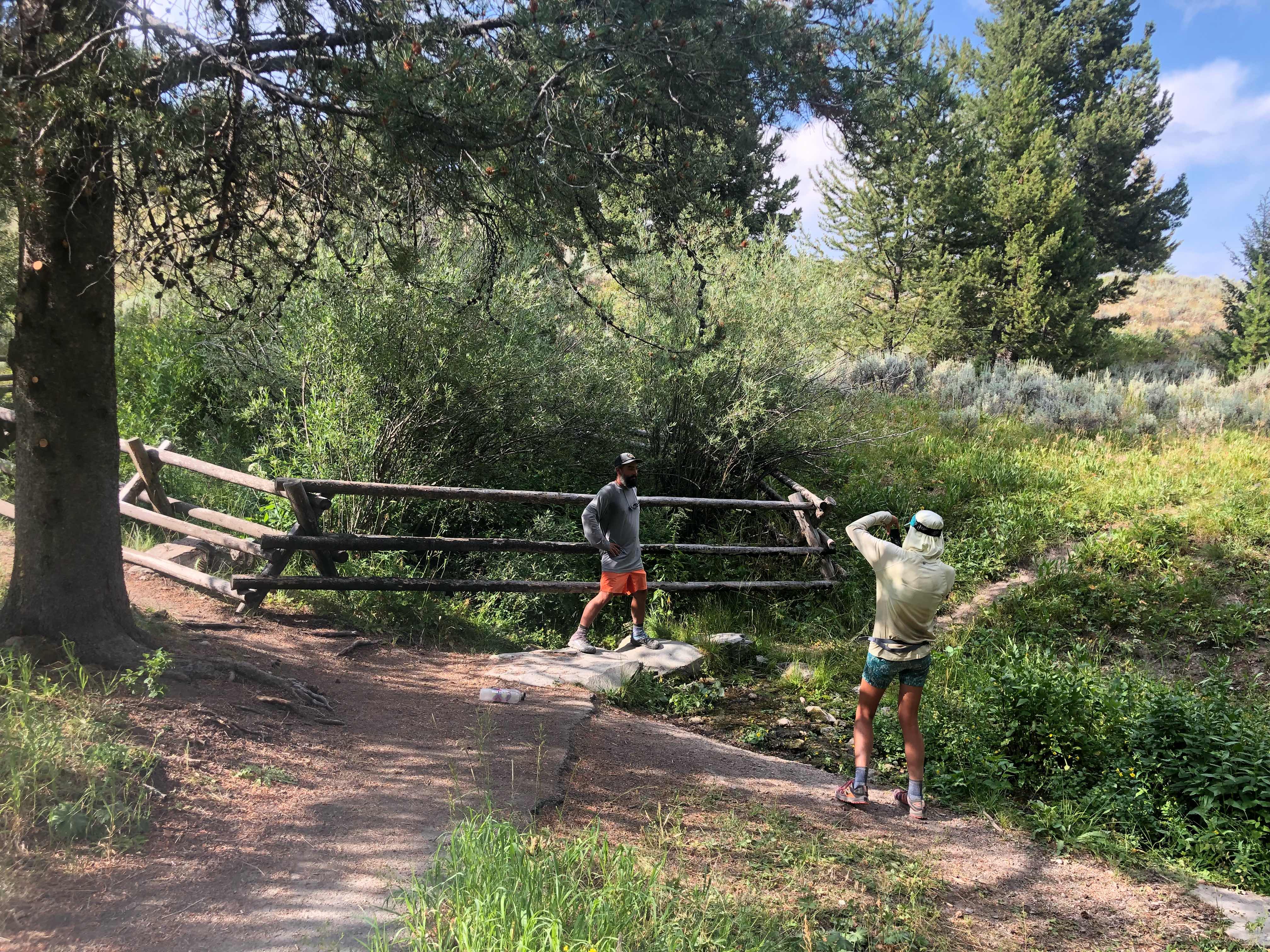 Piñata bestride the Missouri
We still wanted to hike more miles before we ended the day. Since we didn’t have to cook dinner we could hike a little later than usual. We managed to get in another six miles before dark. With the extra food weight and having to carry water for half of tomorrow’s miles our packs were really heavy. We all put on headphones and set to our task. I was really tired, but I’m glad we pushed on. It felt nice to have a big mile day. 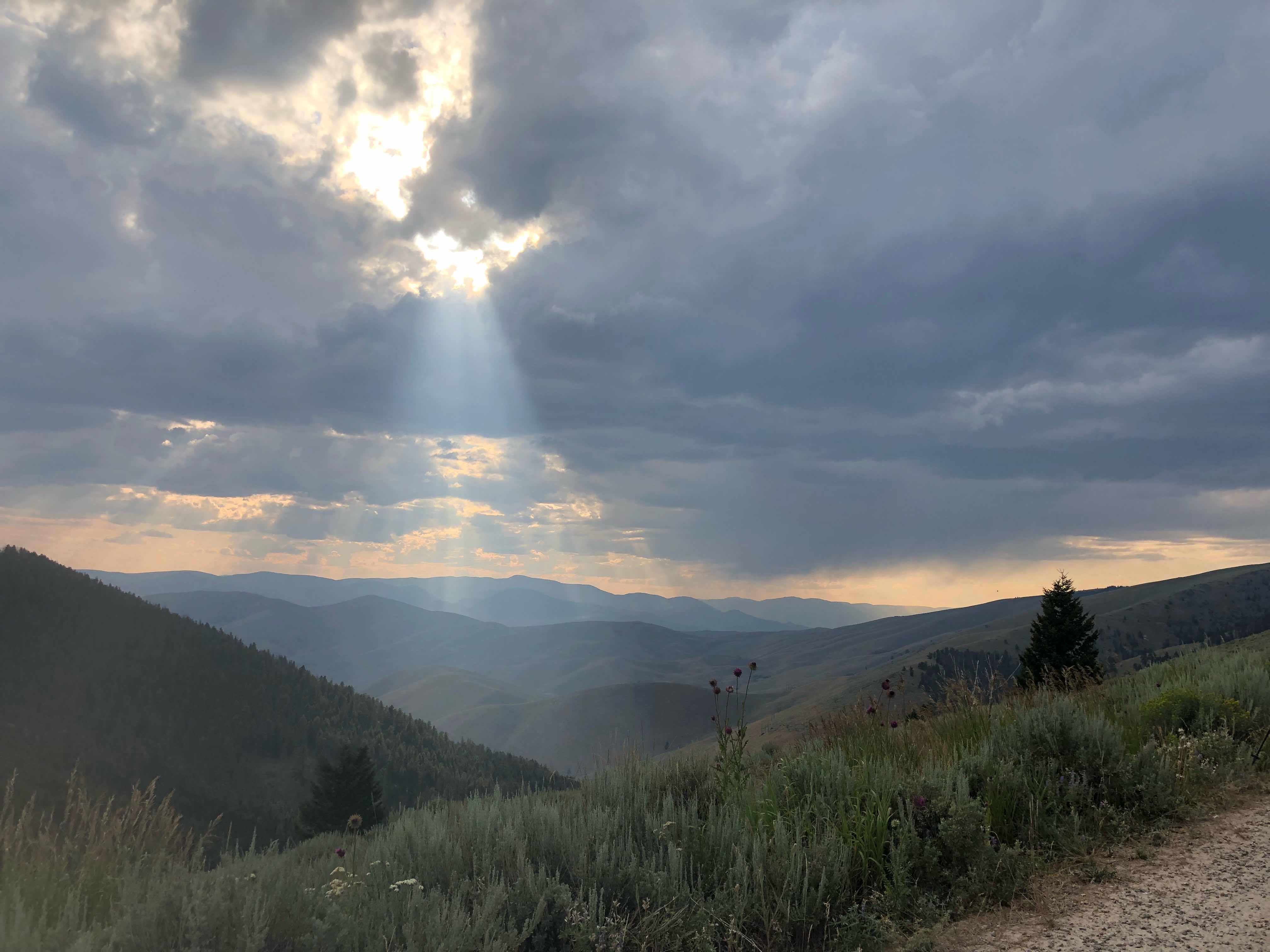 Sun breaking through the clouds 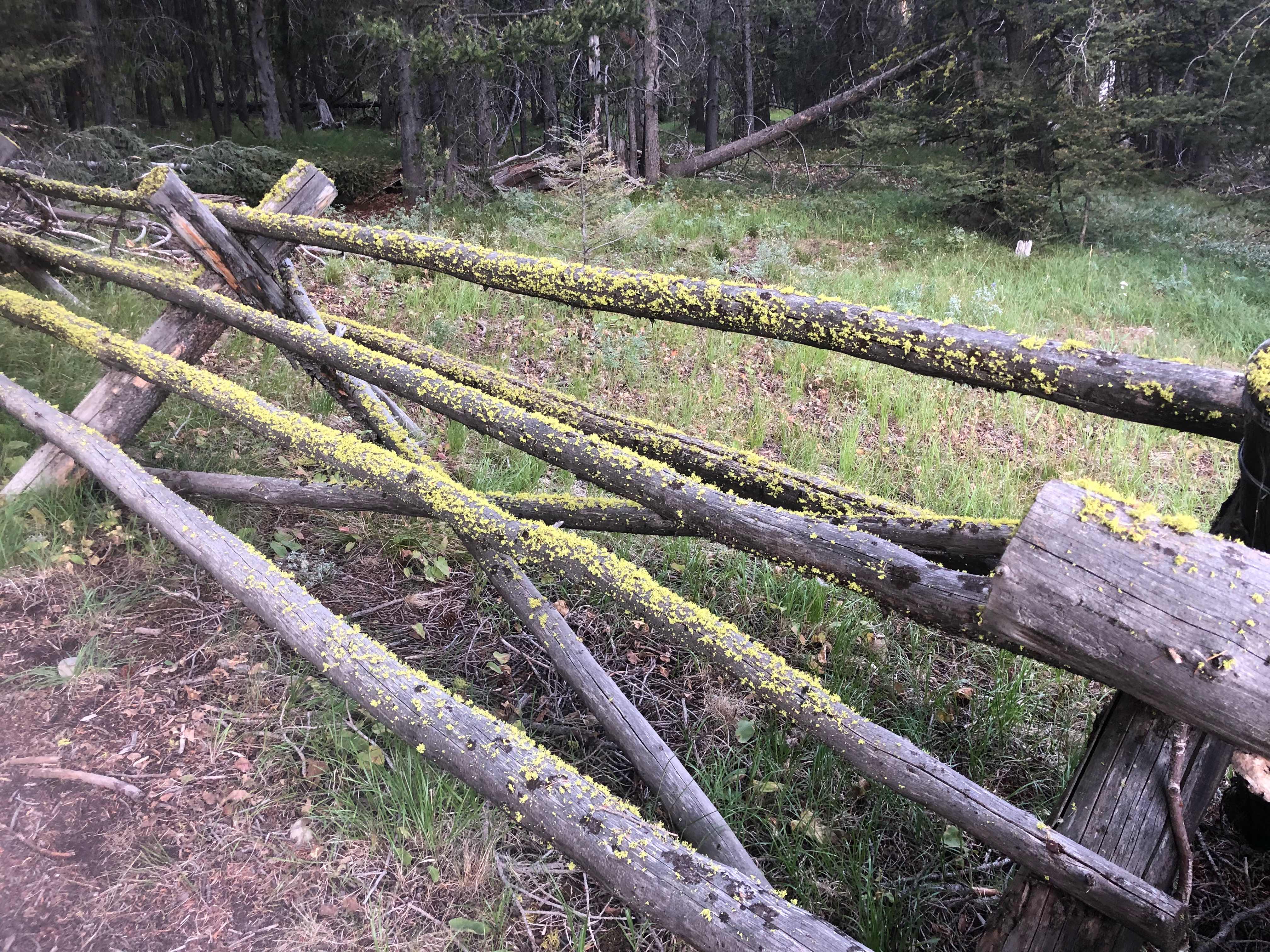 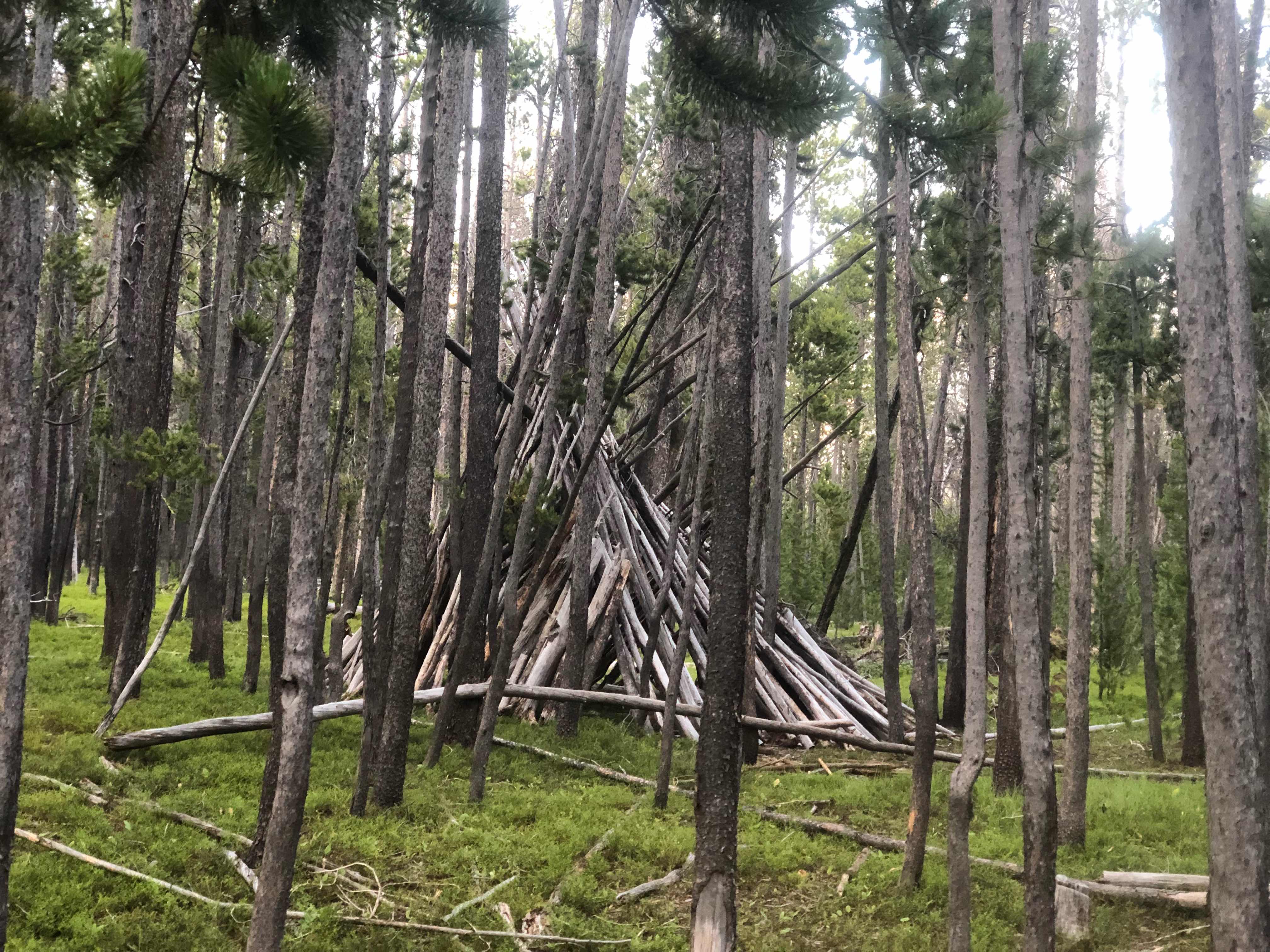 Random tepee built in the woods 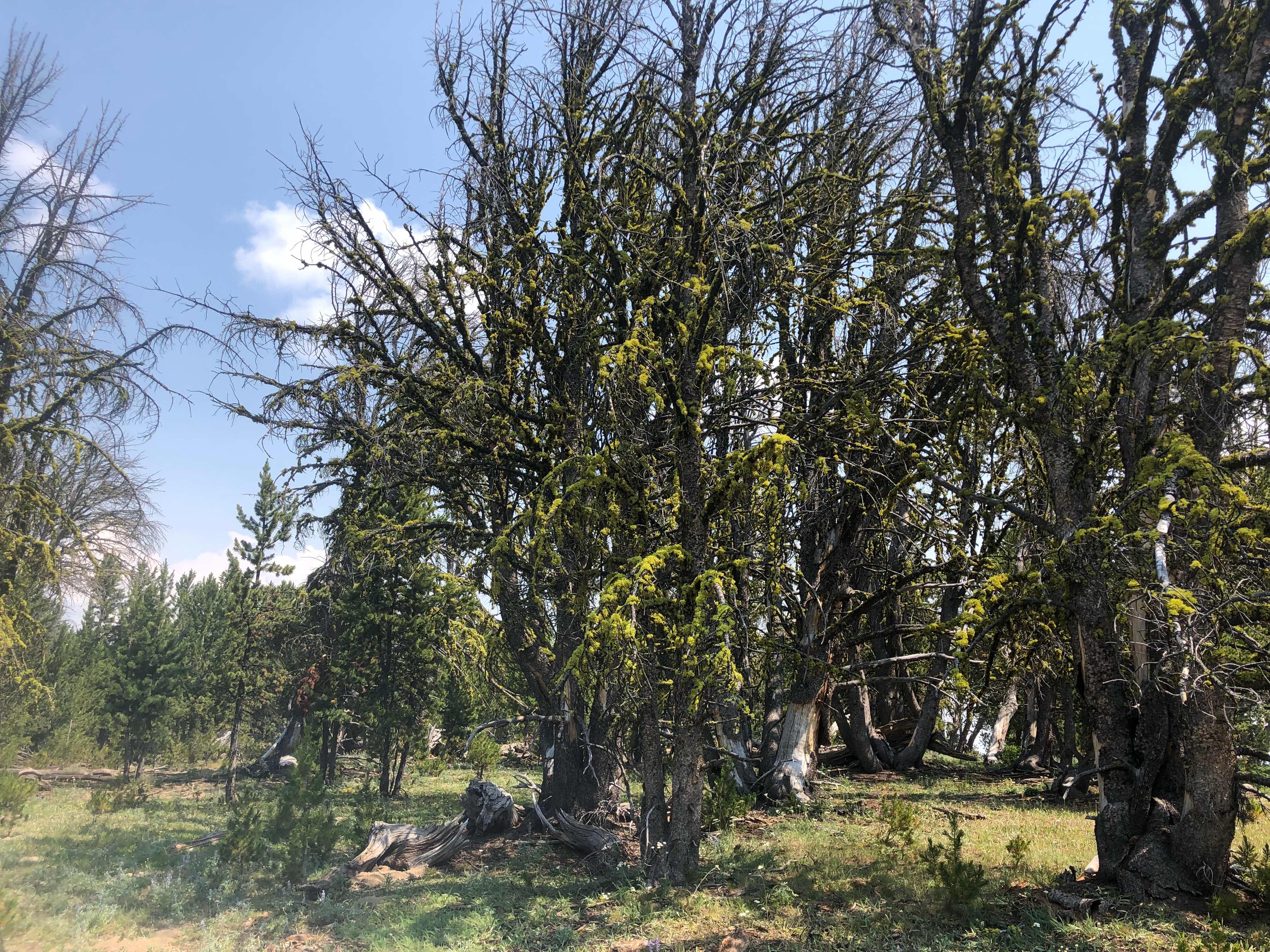 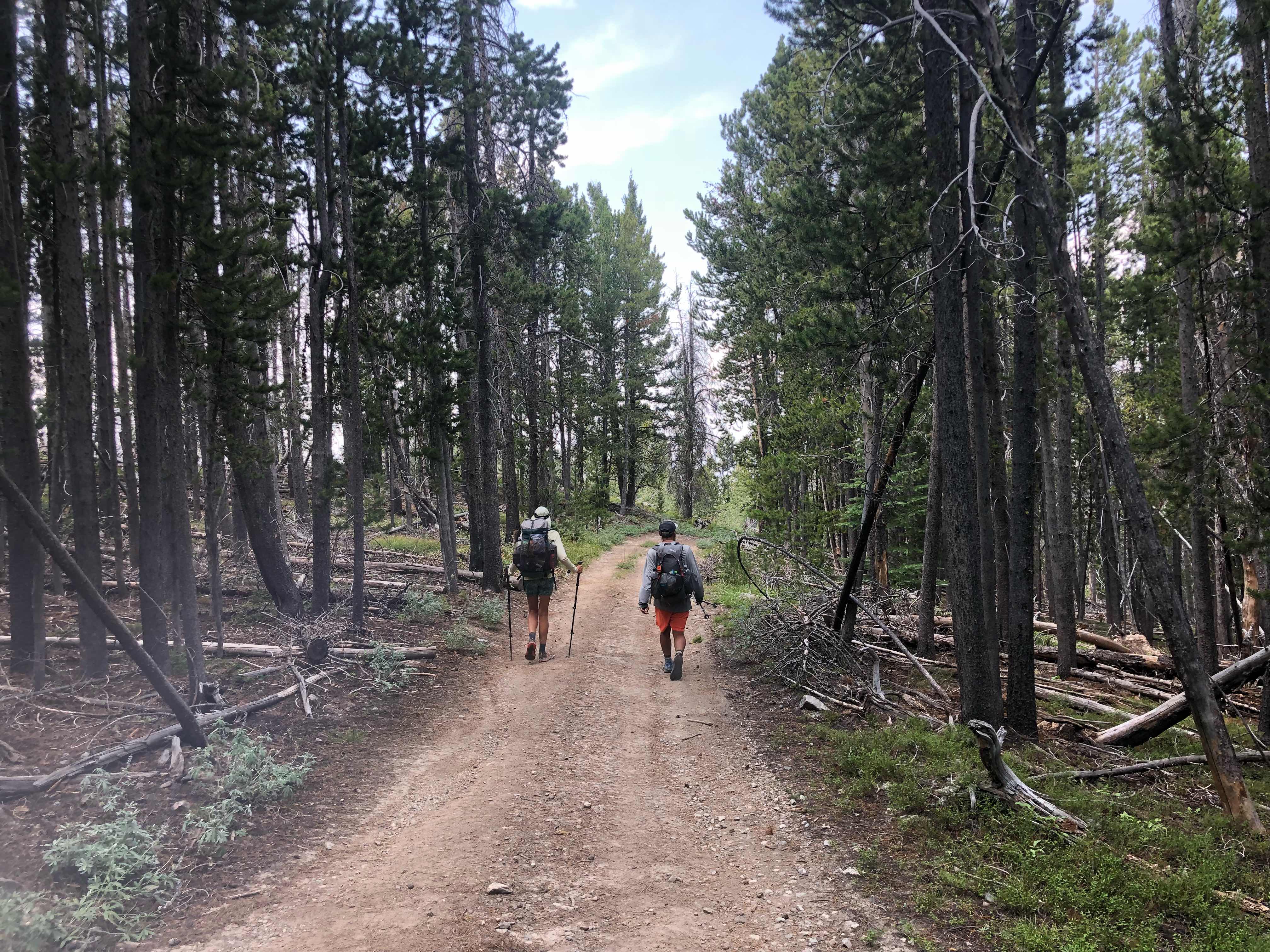 Random Straws and Piñata picture
I was super stoked to hit 2,000 miles today. That is always such a huge accomplishment and moral boost. Less than 800 miles to go and roughly thirty days to Canada. 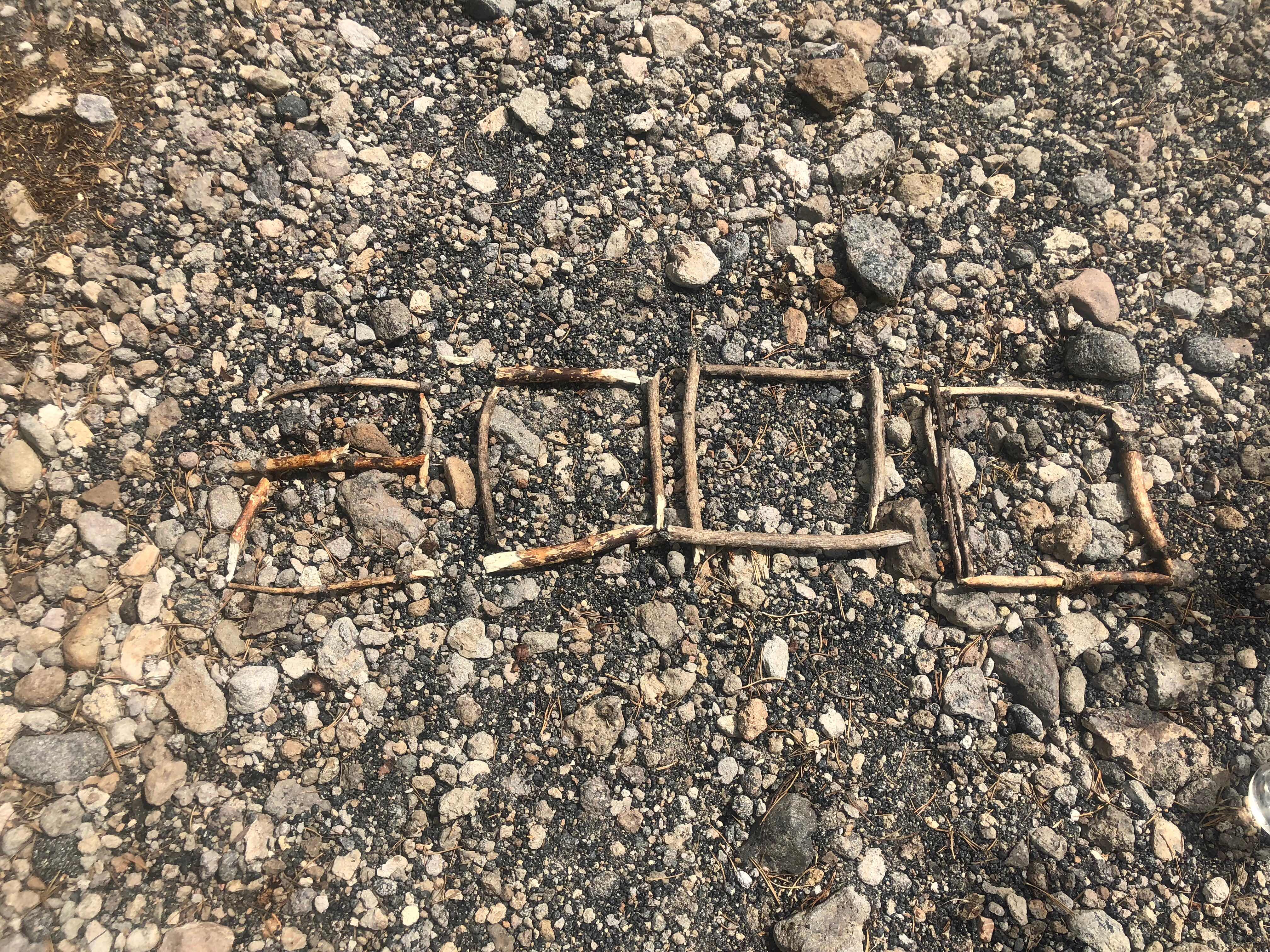 2,000 Miles!
“Forgive, forget. Bear with the faults of others as you would have them bear with yours.”
- Phillips Brooks