June 5-6, 2015
Dripping Rock Gap(847.3) to Dunn Loring, VA Zero miles
This is the first time I've gotten behind on writing my blog. I had so many other things to get done the last few days that I just didn't get it written. Plus, zero days aren't usually very exciting to write about.
I ended up taking a triple zero for two reasons; to let my feet heal and rest and to go to my nieces fourth birthday party. I stayed really busy the entire time off of the trail. Friday I got up early so I could go to REI. I had my brother just drop me off because I didn't want to be rushed. I ended up spending over three hours there. I got two new pairs of shoes(one would be returned later), a new pair of SuperFeet insoles, and a variety of snacks and dehydrated food. I'm not really sure what I spent the rest of the afternoon doing, the day just flew by. Since it was, Anthony and Lauren's fifth wedding anniversary, they went out to dinner and we took Parker out to eat. Her favorite restaurant is BJ's, so that's where we went. She was very well behaved (as usual) and all of our meals were delicious. While we waited for Parker's dessert, we killed time by letting her play with my iphone, which led to her taking our pictures. 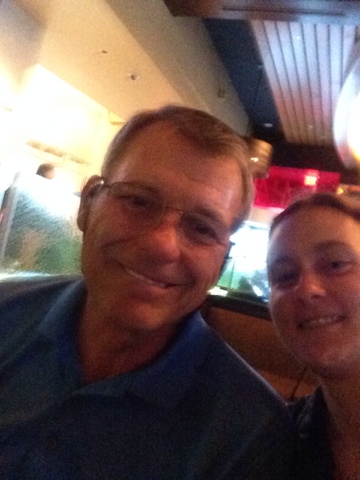 Dad and Yoda (taken by Parker) 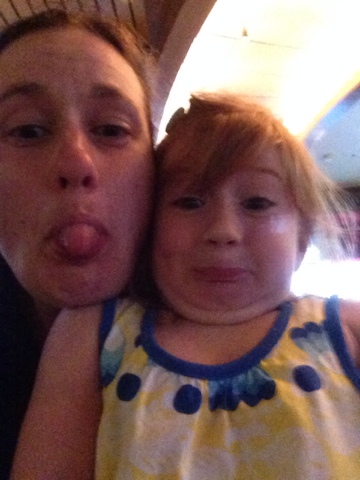 Parker and Yoda being silly
Once we got back to the house it was time for Parker to take a bath and go to bed. I stayed up way too late watching three episodes of Game of Thrones. I'm still two episodes behind.
Yesterday was another action packed day. I spent most of it agonizing over which shoes to keep, Keen Voyaguers or Brooks Cascadia 9's. After going back and forth all day long, I ended up keeping the Brooks. I started this journey wearing the Cascadia 10's and they had a design flaw that caused them to tear in the foot box area. The Cascadia 9's have reinforcement in that area. I really wanted to like the Keen's, but I didn't want to risk them not working out. I also spent a good portion of the afternoon sorting through my food and planning out the next ten days. I decided to start off with three days of food. My parents will drop off another 3.5 days worth of food to me on Tuesday via Skyline Drive in Shenandoah National Park(SNP). I also made up a box of food to be dropped off in Front Royal, VA that I'll pick up next week. I find it very stressful to try to plan ahead that many days.
Once I had my trail chores taken care of it was time to get ready for Parker's birthday party. My other nieces, Riley and Kallie, were able to come for Parker's party. I was able to see my sister-in-law, Sharon and her mother, Dolly, as well. Parker's party was at a tumble type gym. There were 23 other children there with parents too. I almost had a panic attack. I'm not used to being around that many people in such a small area. Throw in 20+ over stimulated 3-4 year olds, and I was freaking out. I quickly excused myself and bolted out of the door. My dad followed and we went to the grocery store next door to look for a few things I still needed to pick up. We returned to the party a little later and everything was fine. The kids had settled down and the parents had spread out around the room. I enjoyed watching my nieces play and have fun. 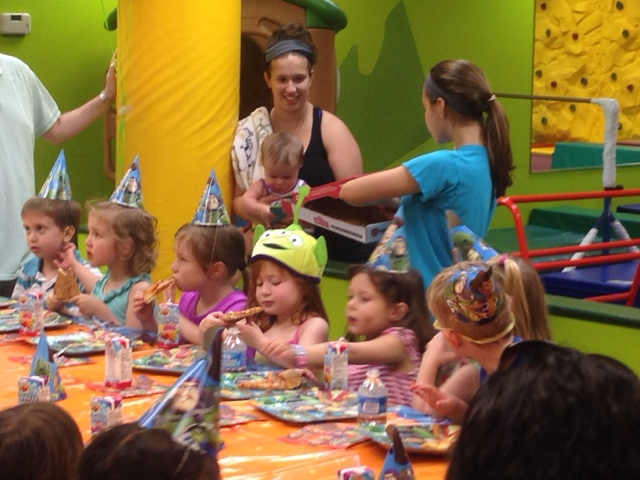 Birthday girl with her awesome hat 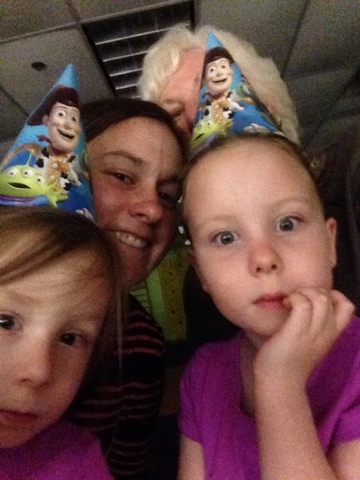 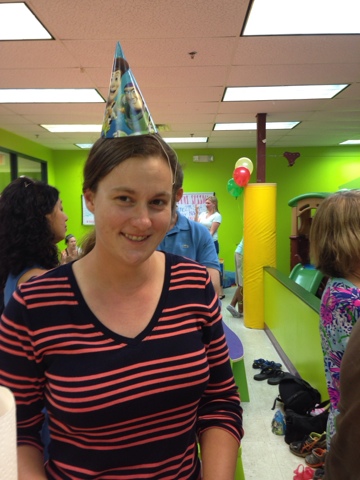 Me in normal clothes
After the party ended we went back to my brothers for a family dinner. The kids ran around and had more fun playing. I started to get all of my things together and repack my bag.
After dinner, Kallie, Riley, Sharon, and Dolly had to get going. They live outside of Philadelpia and still had to make it home.
We watched the Lightning beat the Blackhawks to even up the Stanley Cup series. Go Lightning!!!! I stayed up way too late again. The plan for tomorrow is to leave my brothers house by 5:00, stop in Front Royal to leave my food drop at a motel, and hopefully be back on the trail by 8:00.
"I'm not anti-social. I'm just not social." -Woody Allen
Posted by Yoda at 5:52 PM