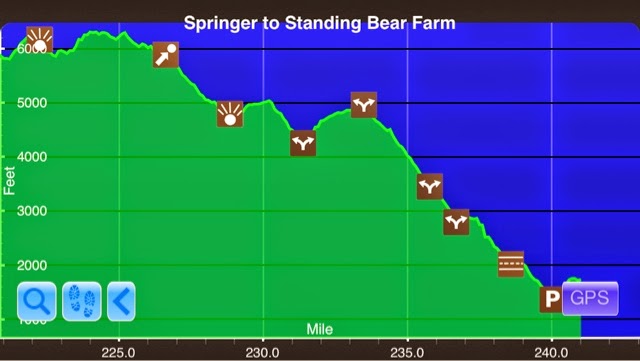 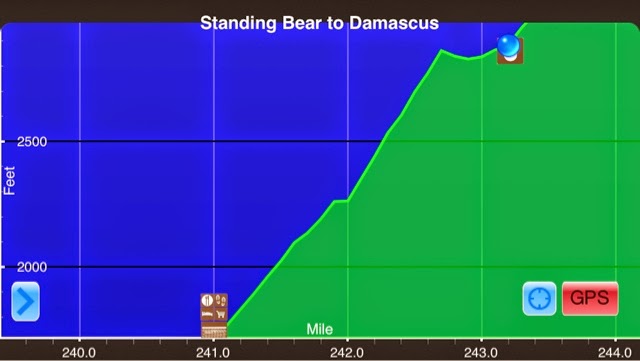 Big day today!!! My longest day yet. I was sad to leave the shelter this morning because I was leaving HVAC and Lorax behind. I knew I could knock out a big day and leave the Smokies behind. We said our goodbyes and exchanged email addresses. I hope to see them again further down the trail. I had planned on stopping and spending the night at Standing Bear Hostel, but the place creeped me out. It was also pretty expensive, $20 to tent or stay in the bunkhouse. I had already hiked 18 miles, but I wasn't going to pay $20 to tent. So I pushed on and man was it a tough final 2.5 miles. It was straight uphill and I was beat. I had sent myself food to Standing Bear and I bought a few snacks to hold me over until I hit Hot Springs in 2 days. I think I'll probably take another zero day there.
My final day in GSMNP was pretty epic. Lots of views and early on the terrain was nice and easy. The last 5 miles was all downhill and my knees are paying for it now. The morning started out very cold and windy, but with clear skies. 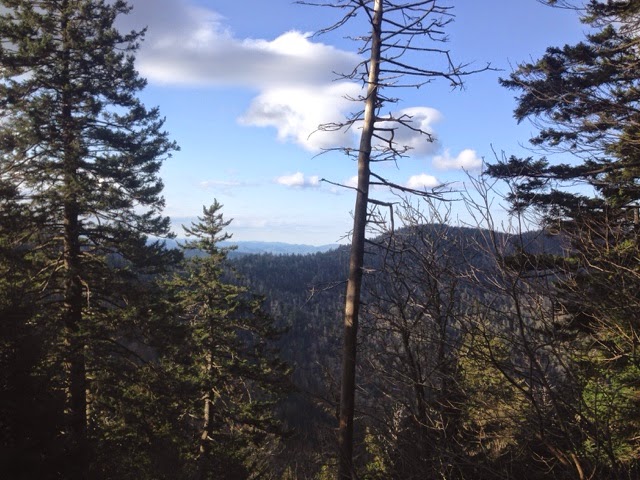 View on the way out of Shelter
It was my first night staying in a shelter and it wasn't too bad. I took 3 nighttime Advil and put in my ear plugs. I was asleep by 8, and slept through a crazy thunderstorm. It was below freezing again, but I stayed toasty warm. As the day went on the views got bigger and better. 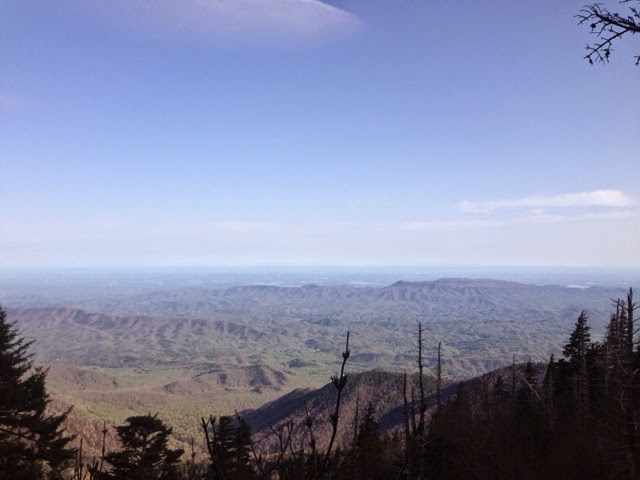 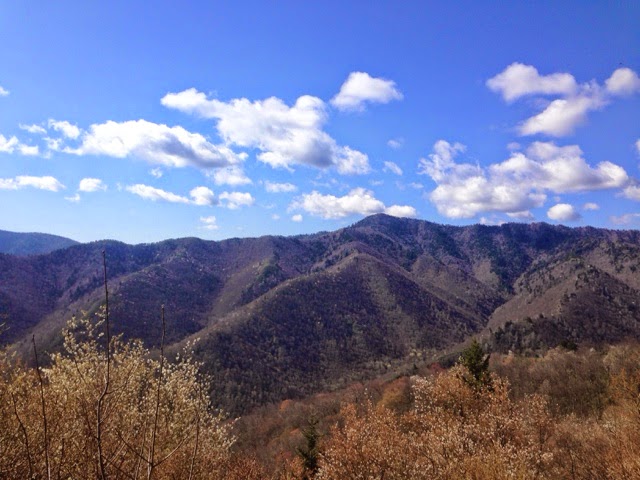 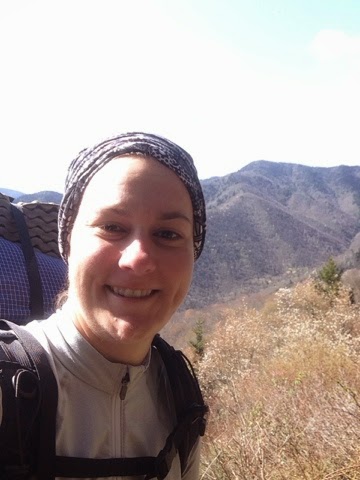 Snack Time
After dropping 4,000 feet of elevation, I couldn't believe how green everything was. I guess that's what happened after 1 week of constant rain. 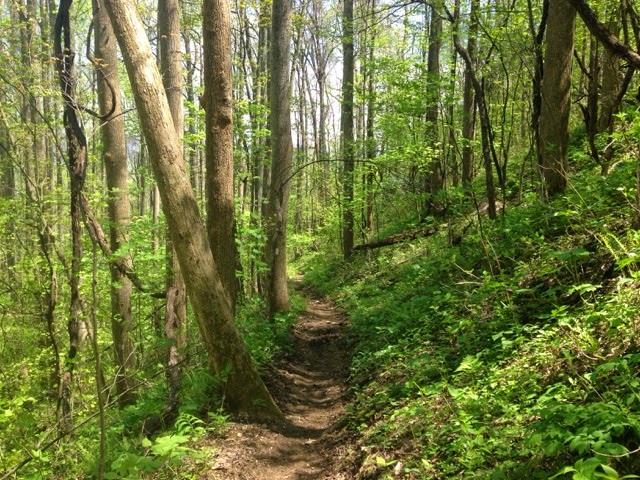 Green all around me 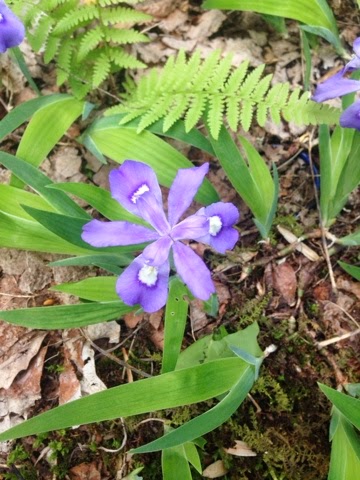 Not sure what kind of flower this is, but there were fields of them. 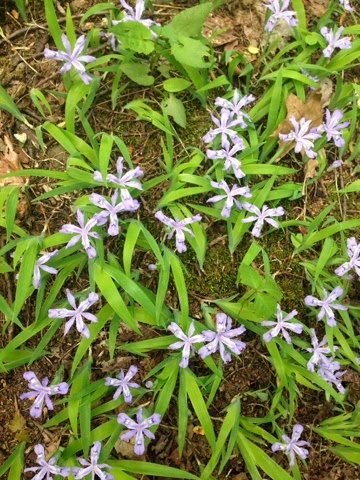 After 15.7 miles I crossed out of GSMNP 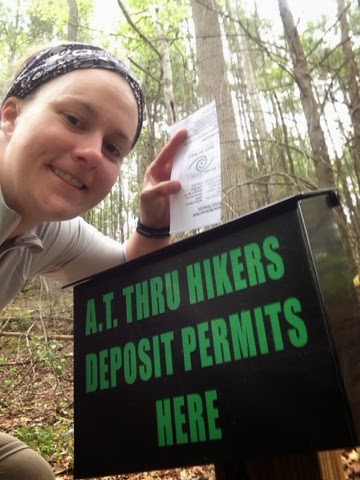 My excitement to drop off my Smokies permit
After exiting the Smokies I hiked alongside a waterfall and stream for about a mile. Then I had a road walk that led me under I-40. It was a little sketchy being so close to a major interstate. 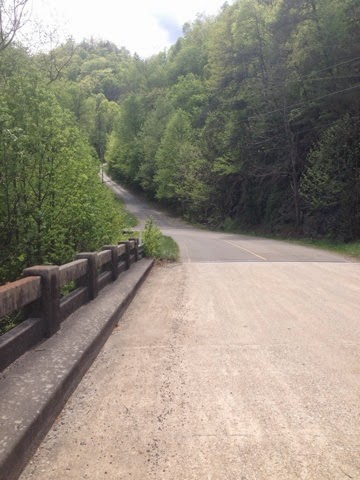 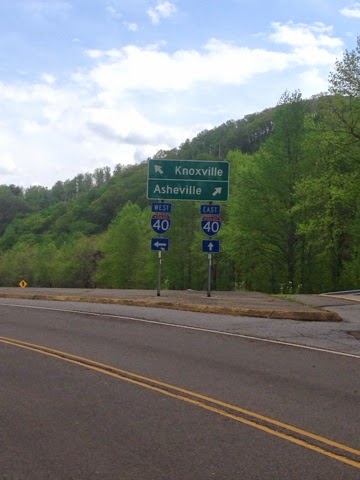 I-40
Then I was greeted by a steep climb that would lead me to Standing Bear. 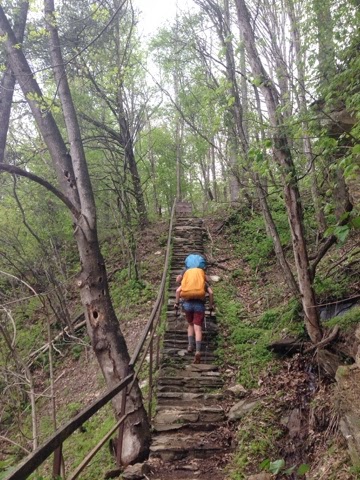 I'm planning on getting an early start in the morning. I don't think I'll do another 20 mile day, but I plan on pushing on until at least 15. It should be another cold night, the forcast is a low of 37, I hope to stay warm. I think I'm figuring out how to hang my hammock and pitch my tarp for success in the cold. I'm camped with a group of 4 guys and 2 girls. The guys are trail legends already. They carry trash bags and pick up after all the other thru-hikers that leave trash around. They have already collected more than 100 lbs. They leave the trash at trail heads and parked cars leaving a note asking for it to be thrown out. Check out their blog at packitout.blogspot.com
"Learn from the past, set vivid, detailed goals for the future, and live in the only moment of time over which you have any control: now."-Denis Waitley
Posted by Yoda at 7:09 PM