Day 28- Hitchhikers Guide To The AT Galaxy 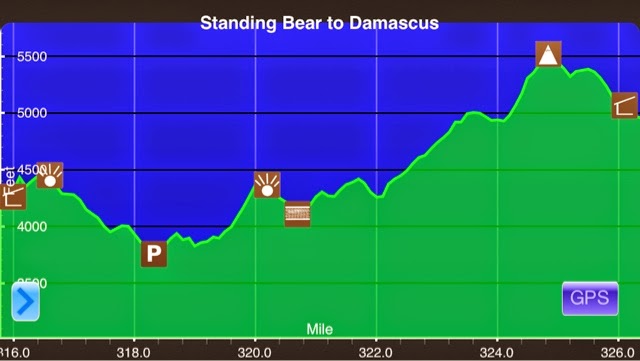 Today was a very long, short mileage day. I was up and out of my hammock by 7, which is pretty early for me. I had dreams of doing a 18-20 mile day. I took the time to make oatmeal and coffee and I hit the trail by 8. After an easy 2.4 miles, I came to Sam's gap, which is a spot where the trail crosses I-26. As I was coming down into the gap, Big Mountain and ChampangeJam(2 hikers at the shelter last night) caught up to me. Champagnejam was hitching a ride into Erwin or Johnson City to meet up with his daughter, to go see a doctor about his knee. Since I was worried about my duct taped shoes, I was thinking about hitching into town, but didn't feel comfortable doing it by myself. Champagne convinced me to hitch alongside him and assured me we would make it to an outfitters. Within a few minutes of us sticking our thumbs out, on the interstate no less, we secured a ride. I nice guy named, Daniel, picked us up in a tiny Fiat and drove us to an outfitter called, Mahoney's, in Johnson City. Once we got to the outfitters I tried on a every size and style shoe I could. I felt pretty bad about not being able to clean up before going out in public. After 4 days without showering I was extremely ripe. A little girl actually told me I smelled bad. I was a little embarrassed, but there was nothing I could do about it. Champagne went out for Dunkin Donuts and was nice enough to share with me. I got to meet his daughter and then they had to leave. I was all alone in a strange town, with no idea how I would make it back to the trail which was 36 miles away. For some reason this didn't bother me at all.
I had the shoes narrowed down to two different brands. As I was walking around in the store I met two ladies looking at an AT trail guide. I asked if they were thinking about hiking the trail and one lady responded that her sister was already hiking. I asked who her sister was, and lo and behold, she told me it was Kansas. If you remember, I met Kansas back at the NOC. Such a small world. After chatting a little while longer they agreed to give me a ride to Erwin, TN. What a huge help. Erwin is the next trail town I hit, and I knew if I could get there I could make it back to the trail. We had a pleasant chat in the car, and I am so blessed to have met such nice people. They dropped me off at a hiker hostel called, Johnny's. Once there I saw a lot of familiar faces, but was in a hurry to get back to Sam's gap so I didn't stay long.
In the end I had to pay a shuttle, $25 to take me back to the trailhead. I probably could have hitchhiked again, but like I said earlier, I refuse to hitch alone.
I got back on trail at 1:30. An exciting start to the day for sure. "Excitement and adventure, a Jedi craves not." I tried to hustle to make up for lost time, but my new, pumped up kicks, had different ideas. I am hesitantly optimistic that they will work out, but not convinced. My feet and knees still hurt, but I think(hope) after a few days I'll be good. 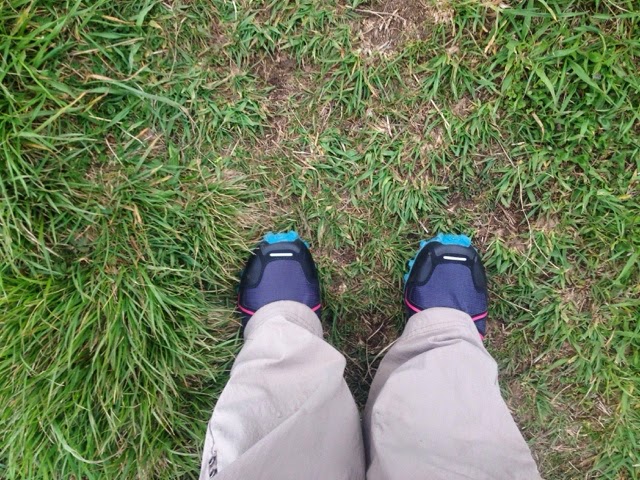 Solomon Speedcross 3
I ended up buying the Solomon's over a pair of Vasques, because Solomon has a no questions asked guarantee. I hope they stand by it because that was the deciding factor. I wanted to buy a pair of Solomon XA Pro's, but the outfitter was out of my size, I figured if these don't work I can trade to the XA model. I guess time will tell if this was a good decision.
Because of the delay today and my zero in Hot Springs, most of my hiking friends are ahead of me. I hope to catch up to them soon. If I really push it I could make Erwin tomorrow, but I think I'll play it safe and do a mid-range day, followed by a Nero into Erwin on Friday.
Today had one of the hardest climbs I've done so far. The climb was hard, but I think my mind was too focused on the excitement and adventure of the morning, instead of on hiking. I just couldn't get in the zone. The bright side was the spectacular view at the end of the climb. I love summitting bald mountains. You can see 360 degree views. I lingered on top for about 30 minutes, and I got to meet some new hikers. Macgyver, Piston, and Fiddler on the Hoof. Really nice guys that I've heard about, but never met. 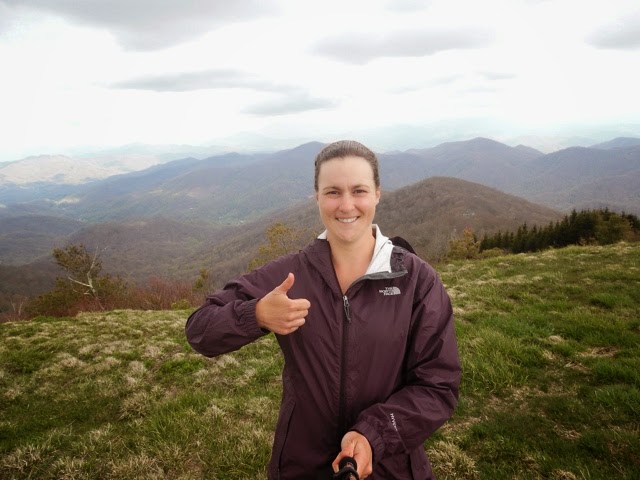 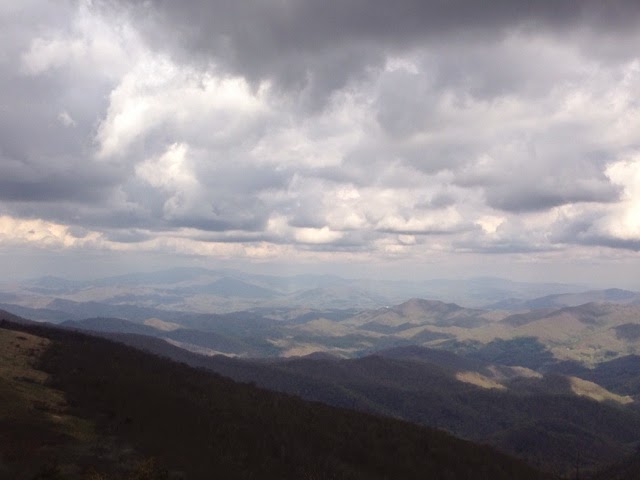 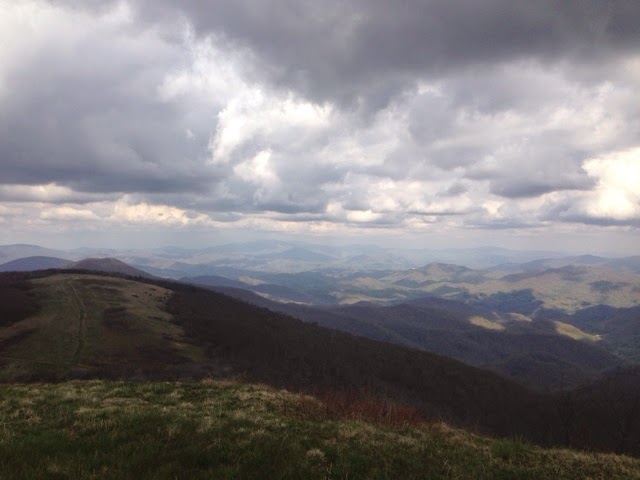 Little Bald Mountain to the left 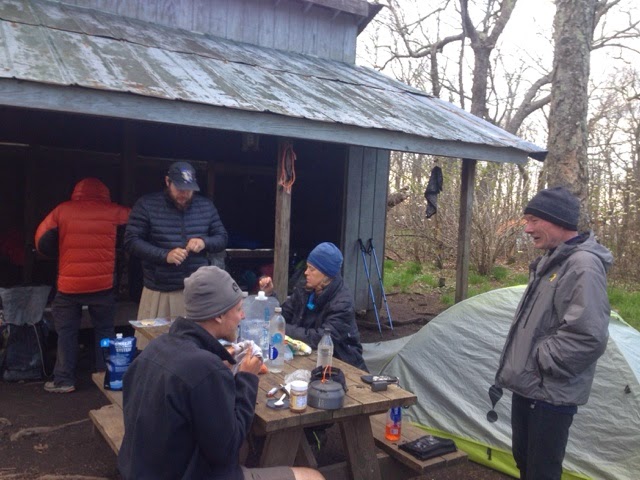 Dinner time at the shelter
Fiddler on the Hoof played his fiddle while we all joked around. One of my best shelter experiences yet.
Hopefully tomorrow has a little less excitement and adventure. I'm looking forward to a good nights sleep and hopefully happy feet and knees tomorrow.
"I don't know what time it is.  I don't know what day it is or where I am. None of that matters." -Christopher McCandless
Posted by Yoda at 7:35 PM