Day 31- The One With The Heat Wave 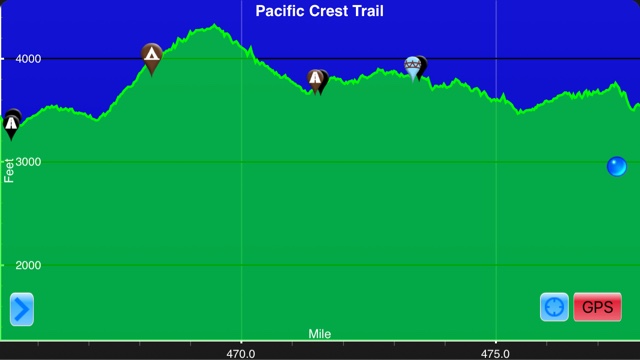 I actually consider today's mileage as part of yesterday's. In theory I did a twenty four mile day with a four hour break/nap in between. I woke up at four o'clock and immediately went back to sleep. I finally made myself get up at 4:50. I was hiking by 5:15. This was by far my earliest start. I thought day one was hot, but it was nothing compared to this. By 6:30 it was really warm. At seven o'clock it was slightly uncomfortable. When 7:30 came around it was very uncomfortable. Needless to say at ten o'clock I was miserable. 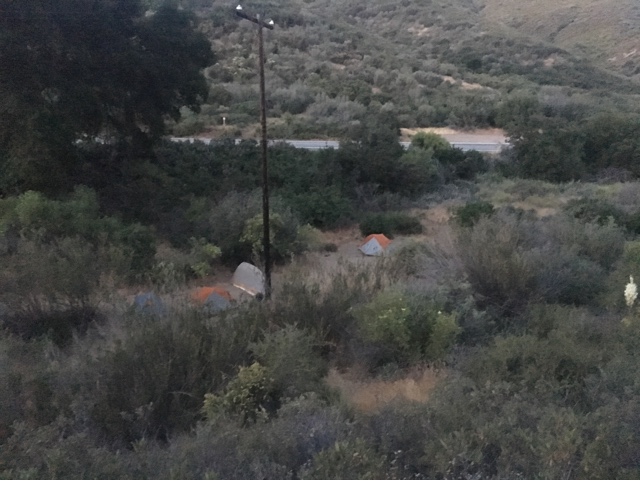 Our camp last night
We ended up camping right next to a road. With the noise of passing cars and hikers going by I didn't sleep very soundly. I was pretty groggy for the first few miles. I hiked as fast as I could for six miles. I didn't want to even stop for a snack. I knew the longer I hiked the hotter it would get. Finally I had to stop at mile seven. I hadn't eaten anything and my energy level was low. I came across a memorial bench partly in the shade. I decided that it looked like a good place to have a snack. Miraculously, I had a Snickers bar that wasn't melted. 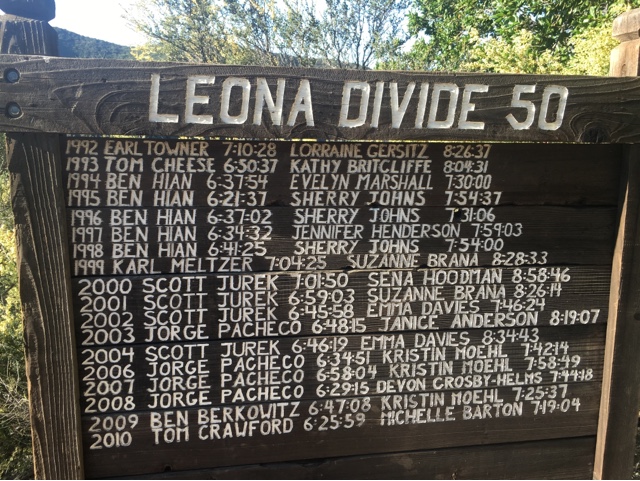 Famous race
It seems that no matter what trail I'm on Scott Jurek's name comes up. Apparently there is a famous race in this area. It coincides with the pct for a brief section.
I had two liters of water left and six miles to hike. I really wanted to drink both liters at the bench, but I forced myself to wait until I got closer to the trailhead. I decided to listen to an audiobook, but I discovered that I had left my headphones buried deep in my pack. I settled for listening to music from my iPhone speakers. The next several miles where a blur. I don't remember much about the rest of the hike. I was just too focused on making miles as fast as I could. 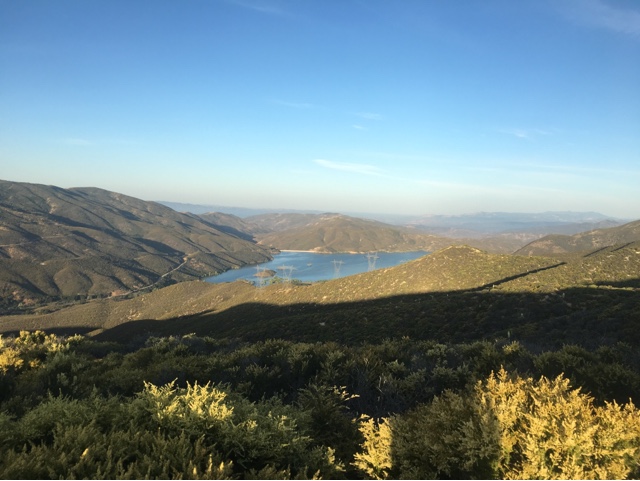 A pretty water source too far away to help
I made it to the trailhead at 9:20. I found a nice place in the shade to wait for Evac and Outro, but after thirty minutes they still hadn't arrived. I decided to head into town without them. We were all going to the same place so I knew I would see them there. Just as I started to walk away Outro caught up. She decided to wait for Evac, Homegrown, and Sprinkles. We had a two mile road walk and I just wanted to get it over with so I agreed to meet them at the convenience store. We have hit another fire closure and are forced to do another road walk. I thought the trail into town coincided with the trail closure so I decided to walk instead of hitch. Long story short, the trail closure went the other way. I walked two miles of road for nothing. Outro and Evac hitched so they got to the market before me. I was pretty pissed off at making such a rookie mistake. We bought some Powerades at the convenience store before walking to The Andersons. They are trail angeles who run a hostel type place for hikers to rest. They are known as a party place on the trail so I was skeptical about staying there. It wasn't as packed as Hiker Heaven. The camping spots are located in the back yard in a grove of manzanita trees. Terri Anderson greets every hiker with a hug. I was able to relax in the shade and hang out with a lot of other hikers. By two o'clock, even in the shade, the heat was unbearable. I took an ice cold shower and attempted to take a nap. Although I was unable to fall sleep I did get some rest. I finished my blog from last night and waited for it to cool down.
At 5:30 I went to the driveway to chat with everyone. Terri cooks dinner(Taco Salad) every night for the hikers. We had a community style dinner that was nice. She had us all do a little dancing and as a reward gave us a cool class of 2016 PCT bandana. I stayed up past dark talking with a few new people I have met recently. I even got my toenails painted by a nice guy named XO. Although I think he might have a foot fetish considering he was painting everyone's toe nails. After the grueling heat it was nice to have a chill afternoon. 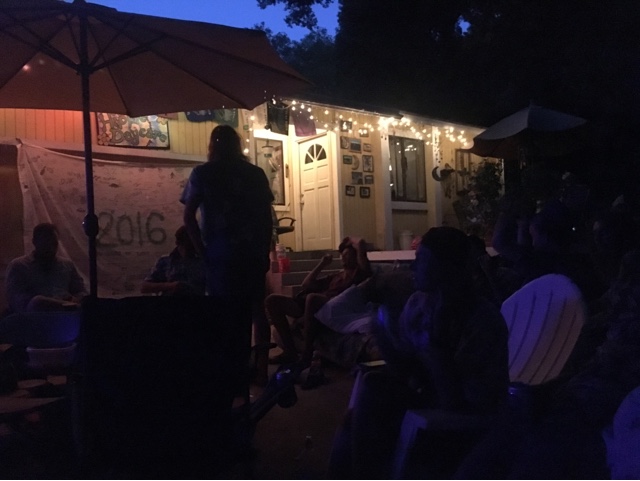 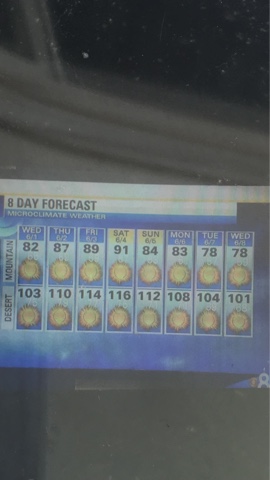 Uggh. It is HOT!!!!!
True friendship multiplies the good in life and divides its evils. Strive to have friends, for life without friends is like life on a desert island... to find one real friend in a lifetime is good fortune; to keep him is a blessing.
- Baltasar Gracian
Posted by Yoda at 8:35 AM