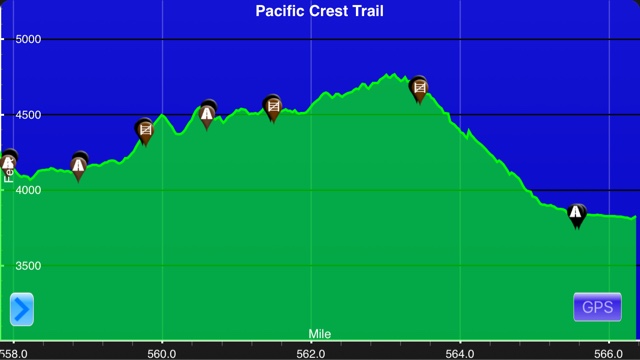 For the last two weeks I had been planning on taking a zero day in Mojave or Tehachapi. I had decided to get a motel room to myself and just chill, but as I've learned nothing goes according to plan. With all of our recent town stops I didn't have the money to spend on a motel. I settled for the airport campground and I was ok with that. I never dreamed that I would day hike eight miles on my planned zero day. This section is the most difficult water stretch. To avoid a twenty five mile dry stretch we hiked eight miles to make it a seventeen mile dry stretch, which is much more manageable with carrying five days worth of food.
I was up at six o'clock and took my time getting ready. Most of the group decided to slackpack the eight miles. They only carried their packs, water, and snacks. I am a purist so slackpacking doesn't interest me. I carried my base weight plus water. I left my food behind at the campground. We didn't have solid plans on when or how we were getting back to the trail. We sat around eating breakfast and packing up until nine o'clock. We tried calling a few trail angels to see if we could get a ride, but since it was a weekday morning most of them were at work. We finally decided to hitchhike and walked out to the road. Since there was seven of us we split up to have a better chance of catching a ride. Sprinkles, Homegrown, Raging Pineapple, and I didn't have to wait very long. A nice retired man named, Bob and his Labradoodle, Tootsie, gave us a ride. Within fifteen minutes we were back at the trailhead. The Legend was there again serving pancakes. Since he had leftovers we stayed and ate second breakfast. Legend offered to pick us up at two o'clock and take us back to town. We had three and a half hours to hike eight miles. 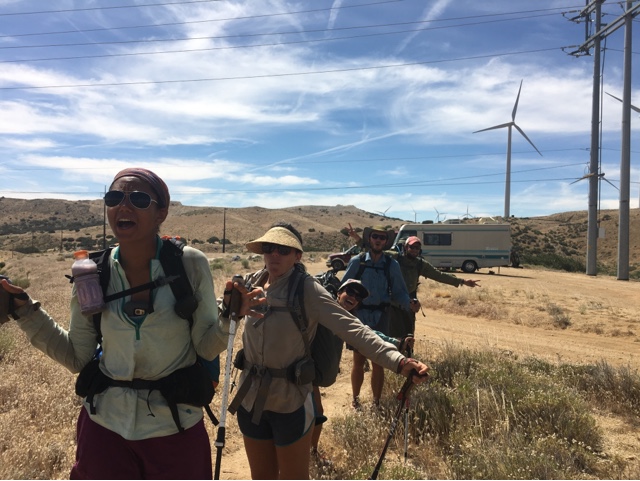 Amanda, Raging Pineapple, Sprinkles, Homegrown, and Pickles
It was a very pleasant hike. Even with the late start the heat wasn't unbearable. We hiked through a giant wind farm. The scenery wasn't anything special, but I enjoyed it. 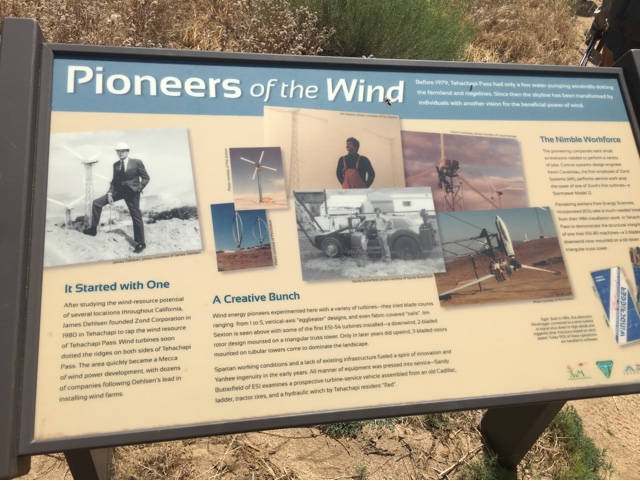 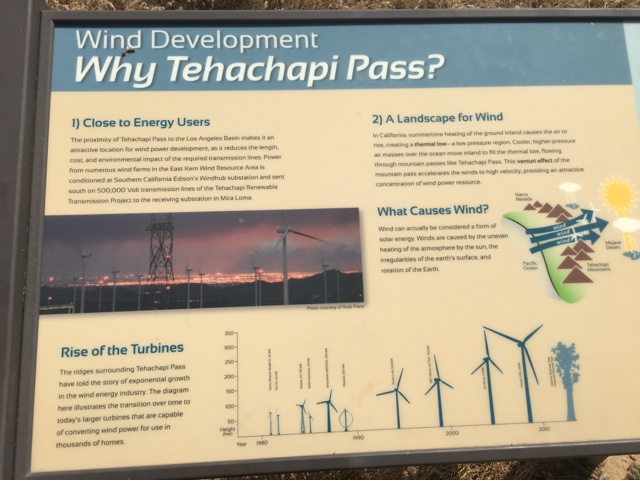 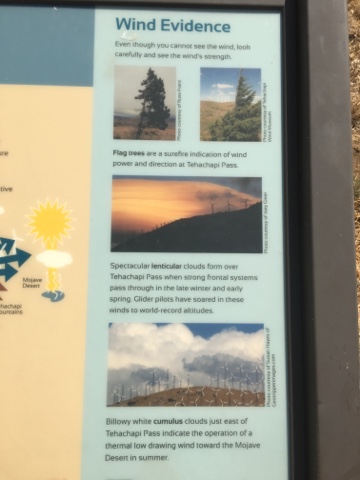 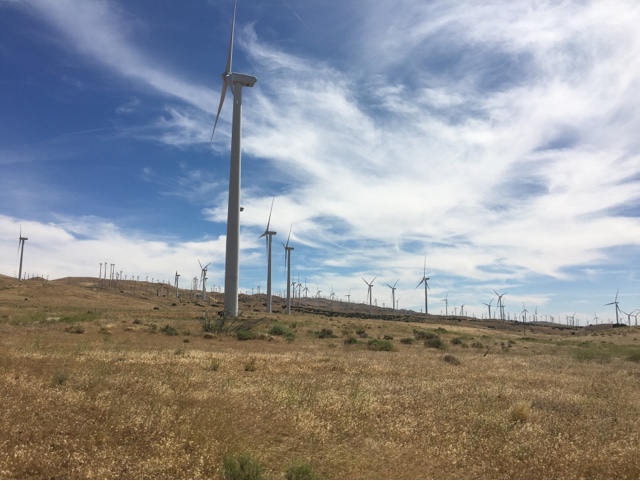 Small part of the massive wind farm
I hiked the eight miles in a little over two hours. I was able to maintain a quick pace since I knew it would be a short day with a town day as my reward. The Legend was only a few minutes late and we were back into town by 2:45. As soon as we got back we made plans to go out for lunch. With only a little discussion we decided on BBQ. The bbq joint was close and the portions were big. Most of us couldn't even finish our meals. After lunch everyone split up to do their own thing. Flamin Hot and I went to a farmers market. This town is really quaint. It's the kind of small town where everyone seems to know each other. The fresh fruit stand was extremely hiker friendly I only bought an orange and a plum, but they gave me two oranges, two plums, a quart of blueberries, and some raisins. They had live music and lots of artsy stuff for sale. I told Flamin Hot it reminded me of Mayberry. He did not get the reference and I felt old. 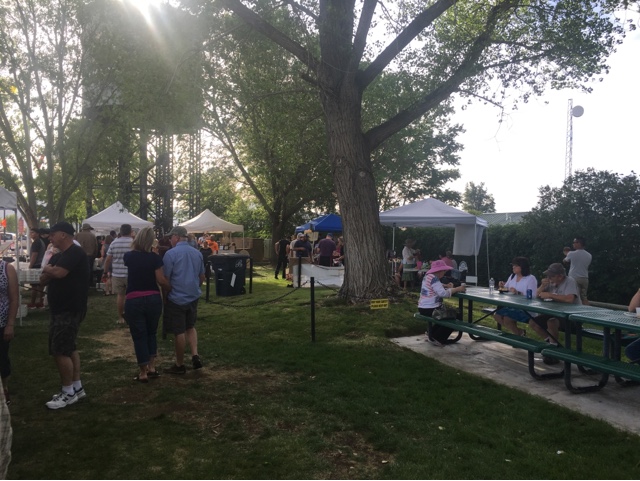 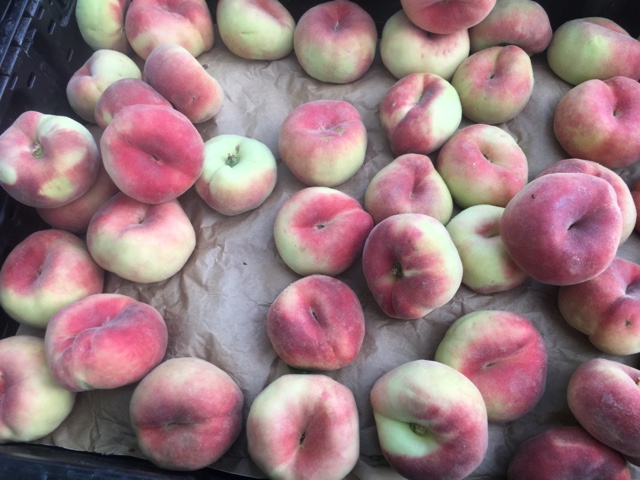 Donut Peaches(I've never seen this before)
Flamin Hot went back to the airport, but I decided to walk around town for awhile. It has quite the history and most stores have plaques describing what the store was originally used for when it was first built. The old movie theatre had an amazing mural painted. It was incredibly lifelike and depicted actual town residents from the past. 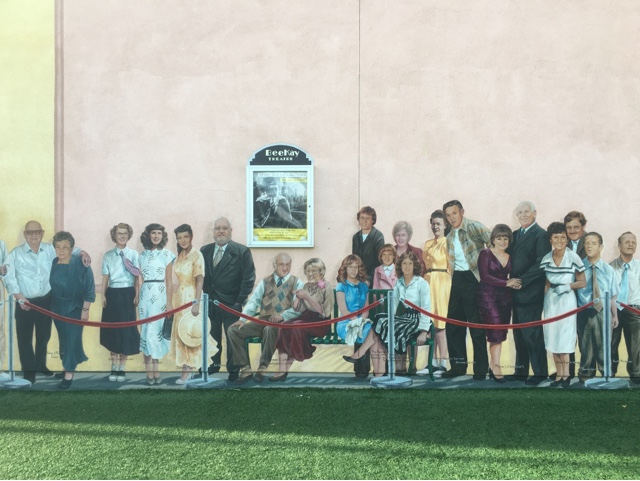 Original theatre
I bought a few beers for Homegrown and Sprinkles and headed back to the airport. I decided to hand wash my laundry again and take another shower. The weather tonight is extremely pleasant and I had a nice evening. I still wish I had gotten my solo hotel room zero day, but today was a decent alternative. 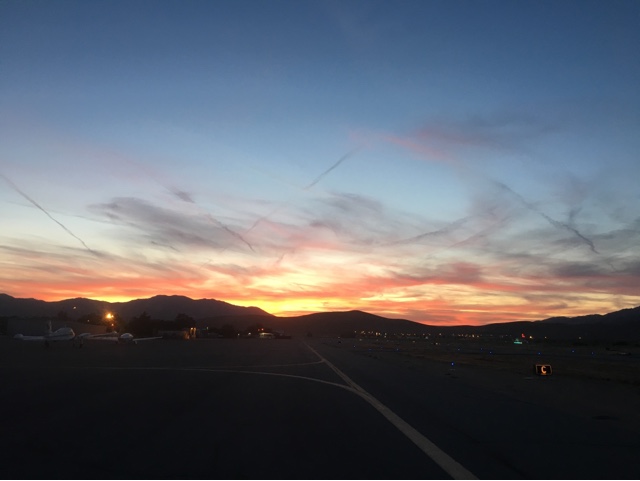 Sunset from the tarmac
“Isn’t it nice to think that tomorrow is a new day with no mistakes in it yet?”
- L.M. Montgomery.
Posted by Yoda at 10:53 PM