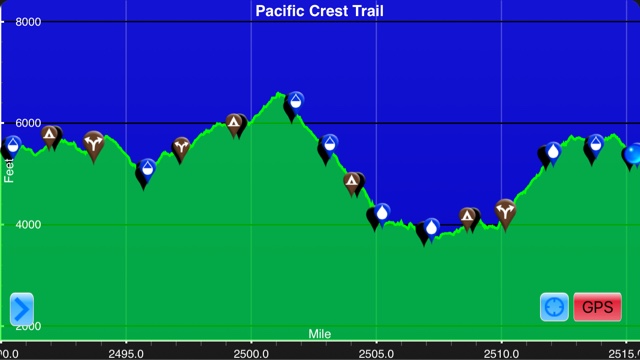 Total up/down: +6,489/-6,684 feet
I understand that that predicting the weather is a risky proposition. That being said I expect a two day forcast to be somewhat accurate. When I left Stevens Pass I checked the forcast. It called for today to be sunny and pleasant. I woke up to rain hammering my tent. I thought to myself, "Oh, well. It might be raining now, but today is going to be sunny and pleasant later." By the time I left camp it was just slightly drizzling. My spirits were high. I can deal with a tiny bit of rain. Camping next to a major lake had its benefits. Instead of digging a hole for my morning business I had the luxury of using a privy. Well my trail guide called it a privy. I would describe it as a box covering a hole in the ground. That being said, it was still better than digging my own hole. 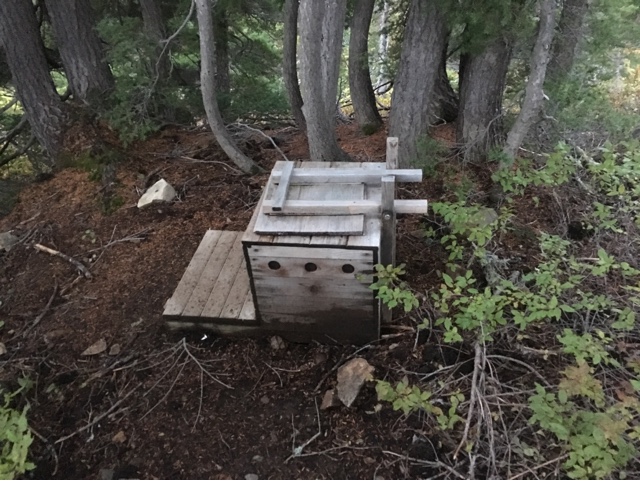 "Privy"
I spent the entire morning hiking in a cloud. I couldn't tell if it was raining or if I was getting wet from the fog. For the first five miles I was being very zen about the weather. I just knew that at any moment the sun would come out and burn away the fog. When I ran into, Anish, the other day she told me how beautiful Glacier Peak Wilderness was. I was really looking forward to having good weather for this section. I entered into Glacier Peak Wilderness around 8:30. I couldn't see more than twenty feet in front of me, everything was socked in. 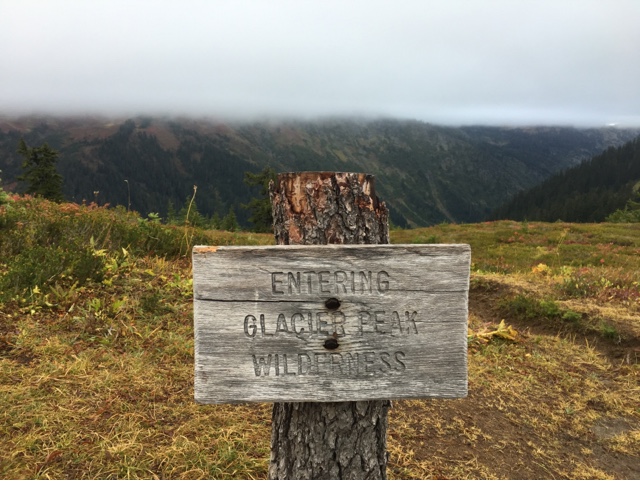 Somewhere in that fog is a beautiful glacier
Even though I couldn't see much in the distance I was enjoying the landscape immediately around me. I also had ascertained that it was raining. My first clue to this was I could see the rain falling. I know, I'm brilliant :-) I started off today being really patient with the weather, but after a few hours of rain I was about to have a major meltdown. I was hiking up a ridge that was exposed and it started to really downpour. The only reason I kept my sh💩t together was that I was almost to the 2,500 mile mark. I was one hundred percent committed to building the mile marker if there wasn't one already made. I lucked out that there was one already created. I had my phone protected by a ziplock bag so even in the rain I was able to take a picture. 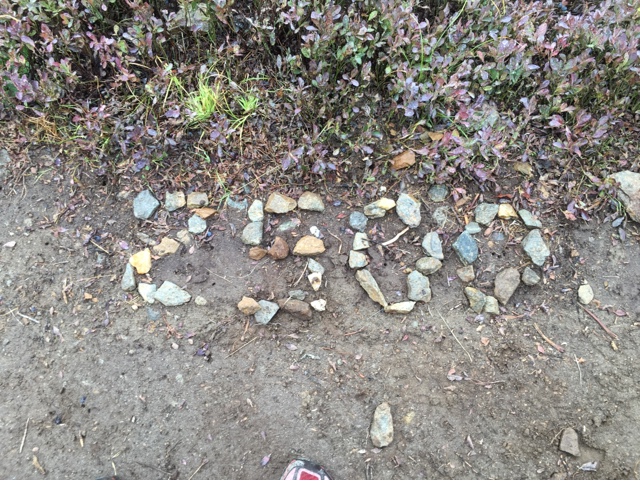 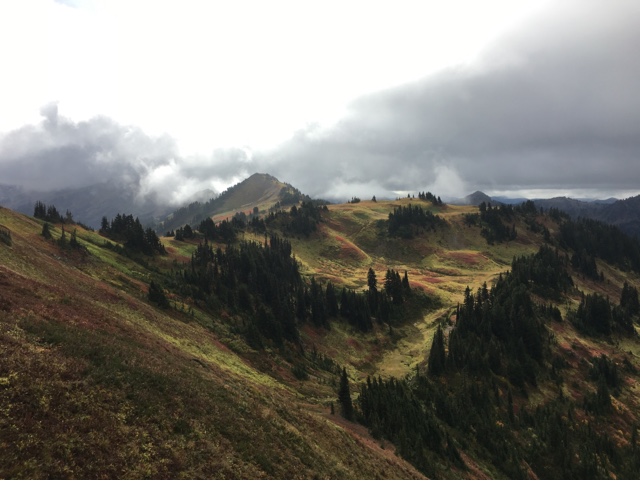 Washington is still pretty in the rain 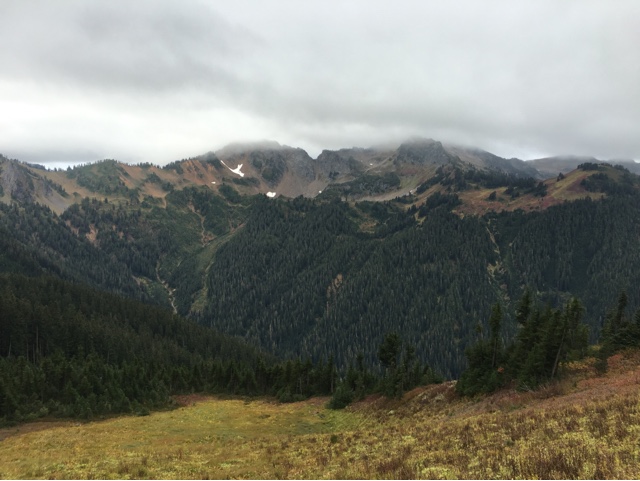 Disappointment Glacier(that is actually the name)
Almost immediately after passing 2,500 miles I had my meltdown. As I kept walking along the ridge the rain increased and the wind picked up. What the heck weatherman? 70 degrees and pleasant!?! More like 45 degrees, constant rain, and windy. I am really trying to enjoy my time in this state, but it is hard to focus on the positive when I'm miserable. Eventually I made my way off of the ridge and into treeline. I found a spot under a big evergreen that kept me mostly out of the rain. I yelled and cursed for awhile. I might have even kicked a few small shrubs. I was glad that nobody was around to hear me. Even if someone was nearby my voice would have been drowned out by the wind. I think my outburst was totally called for. I felt much better after I got it out of my system. The rain even decreased to a slight drizzle. Hiking below treeline made the situation much better as well. 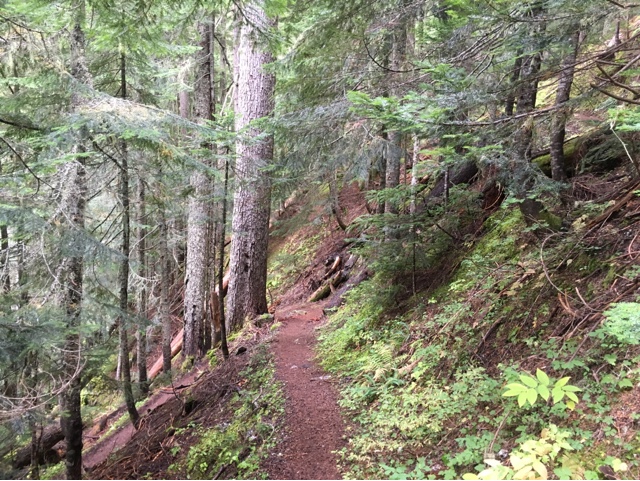 Below treeline
The next several hours were like a highlight reel of the Appalachian Trail. The trail, scenery, and weather brought back such vivid memories. The above picture reminds me of spring in North Carolina. I almost felt as if I was walking out of the Smokies. 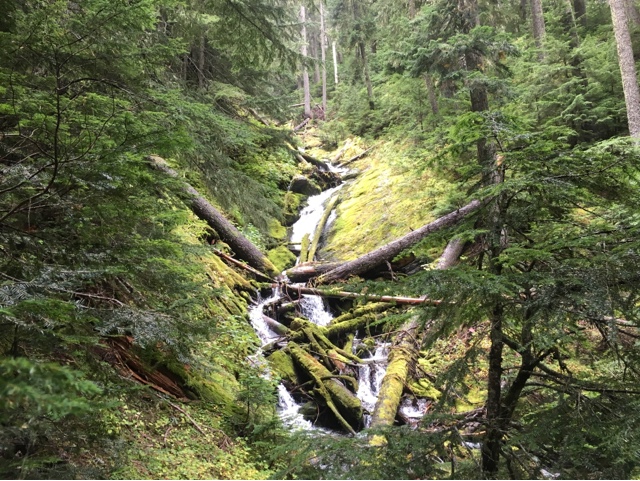 Sweet ravine mile 2508
This picture is almost identical to a picture I took of Sages Ravine, in Connecticut. 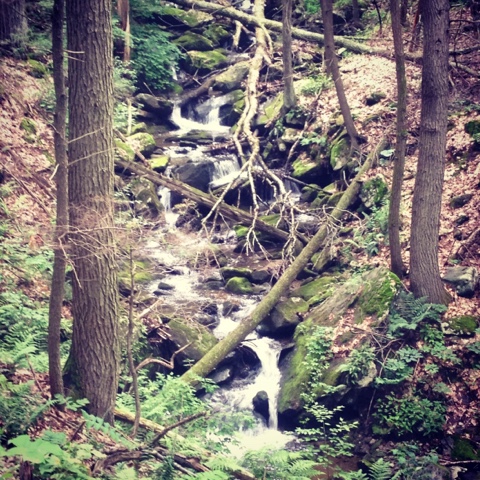 Sages Ravine
I slowly began to see the beauty of the day. The rain was a mild annoyance. I have been too focused on the negatives lately. I learned to love the rain on the AT. I started to think of today as a reminder to let go of things that are beyond my control. I can't change the weather, but I can change my mindset. I really enjoyed the rest of the day. 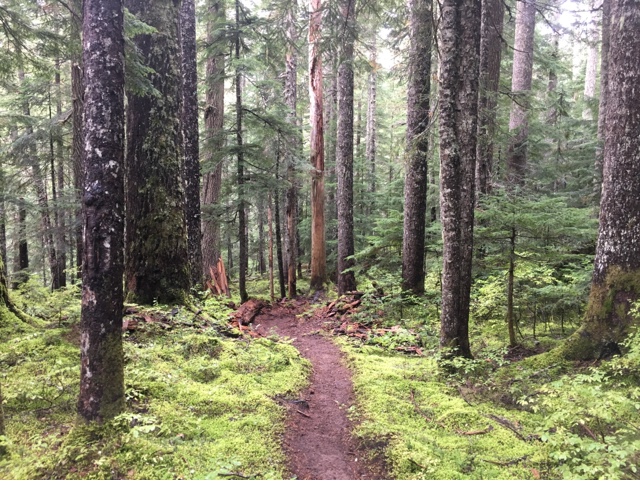 So much green(because of the rain) 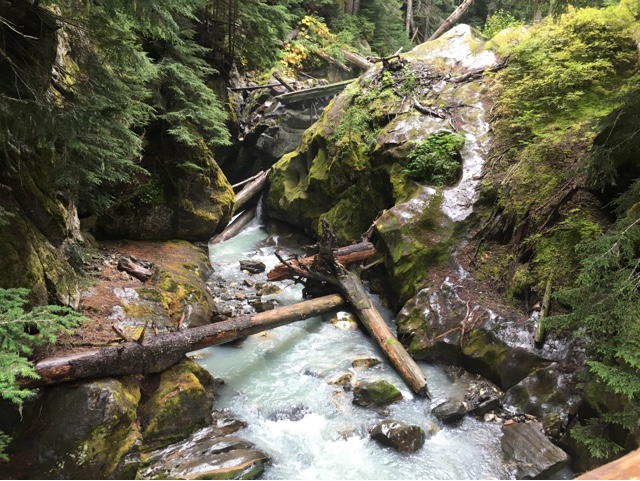 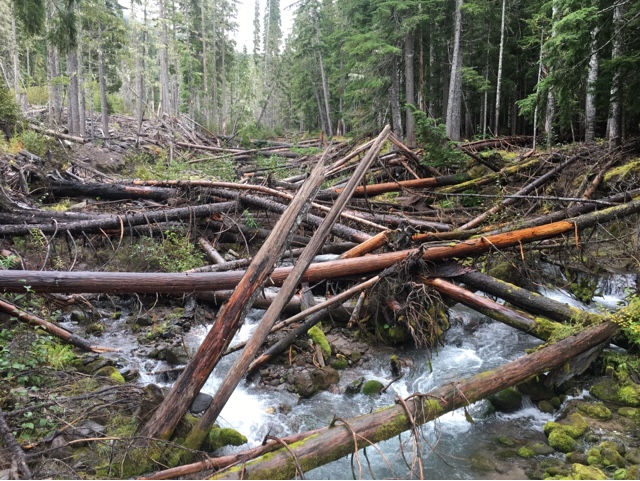 Check out the destruction
Around four o'clock the sun came out and it was pleasant. Today was difficult physically and mentally. I was satisfied that I was able to conquer both difficulties. The physical hardship is nothing new. However today was one of the more difficult days I've had on the pct. It was much more similar to a typical day on the AT in Virginia. I'm glad that I had my meltdown. I learned a lot about myself and I'm glad I was able to find the silver lining. 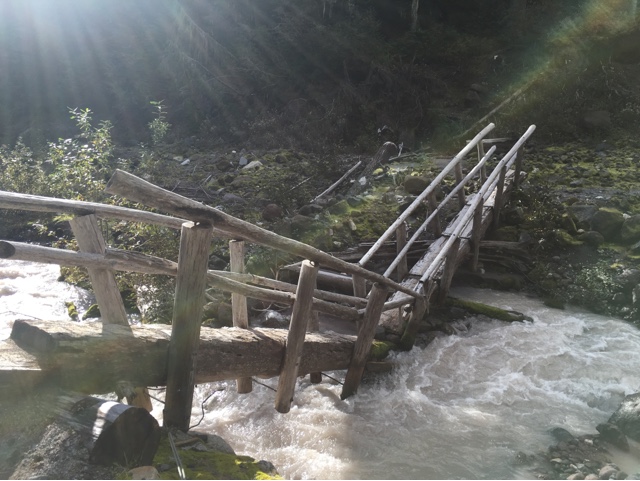 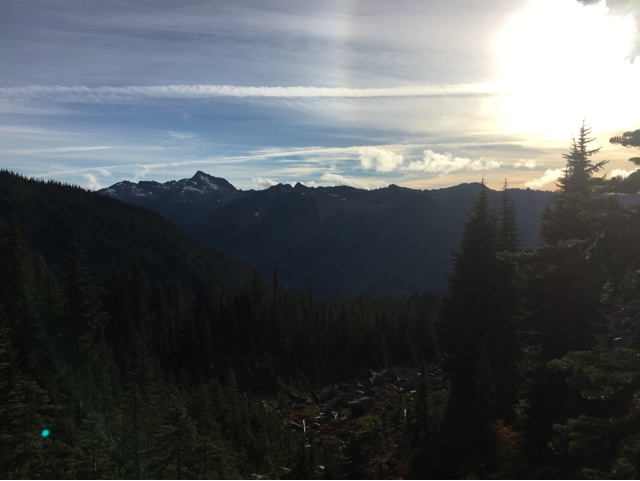 Brief appearance of the sun before it set 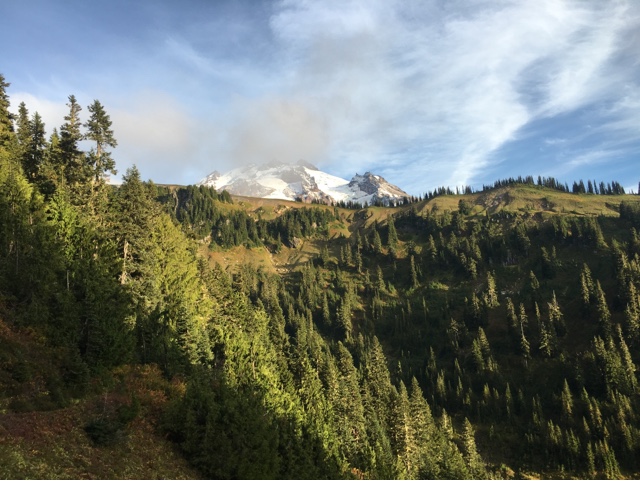 Glacier Peak
"If we had no winter, the spring would not be so pleasant; if we did not sometimes taste of adversity, prosperity would not be so welcome."
-Anne Bradstreet
Posted by Yoda at 9:12 AM