Aug 30, 2015
East B Hill Rd(1932.3) 0 Miles
Well, here I am, with yet another unplanned zero day. Somehow I keep managing to get myself sucked in. We woke up this morning with the intention of hiking ten miles, but then the reality of the day set in. We were an hour and a half from the trail, breakfast still had to be made, a vacation house still had to be cleaned, and arraignments still had to be made for everyone else's slack pack. It was obvious that we would not get back on the trail until after 12:00. That didn't leave us with enough time to hike the mileage we needed to make. The group decided to take a zero day and start fresh tomorrow. I had mixed emotions about that. I'm tired of staying in town and spending money, but i could probably use another day off for my ankle. I'm ready to start making some miles again. In the last five days we have only gone 40.7 miles. That just seems ludicrous to me. 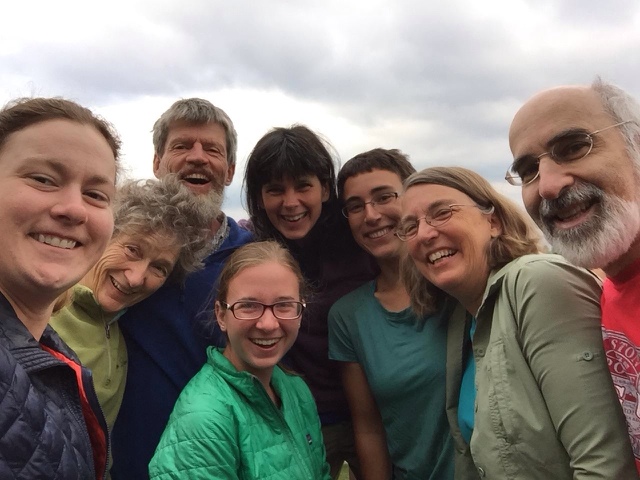 Me, 2 Bad Dogs, Cruise Control, Airlock, Pace Car, Cindy, and John
We had a fantastic time with the Sterman's and I'm extremely greatful for the awesome trail magic. After returning Pace Car to the trailhead in Rangley, Cindy and John returned for us. We helped them load up the car and they drove us all the way back to Andover. We went back to, The Little Red Hen diner. They had wifi there, so we sat outside on the patio and used up their bandwidth. Eventually we were all hungry again so we went inside for lunch. After we had once again stuffed our faces, we walked back to the hostel to get a ride to our rustic cabin we had rented for the evening. It was located a few miles outside of town and we had to wait for a little while for them to drive us over there. They own three cabins and a campground on private land. The area surrounding the cabin included a great swimming hole and one of six remaining covered bridges in the state. It was the first covered bridge I've seen this entire trip. 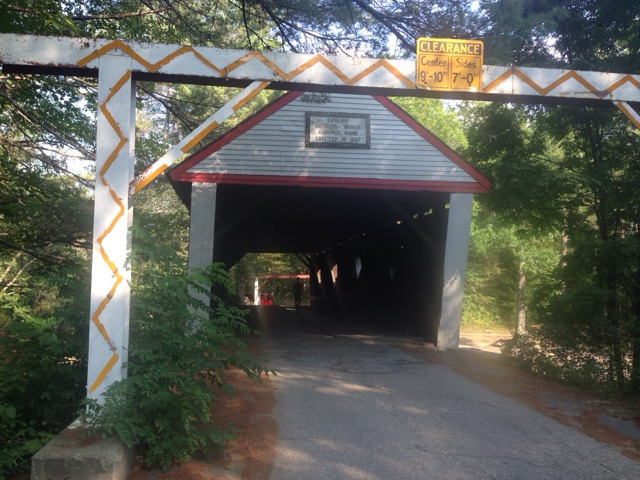 Covered bridge built in 1867
The cabin was indeed rustic, but it had electricity and running water. Airlock decided to sleep on the porch, so that left Cruise Control and I inside. 2 Bad Dogs slept on the porch of the empty cabin next door. 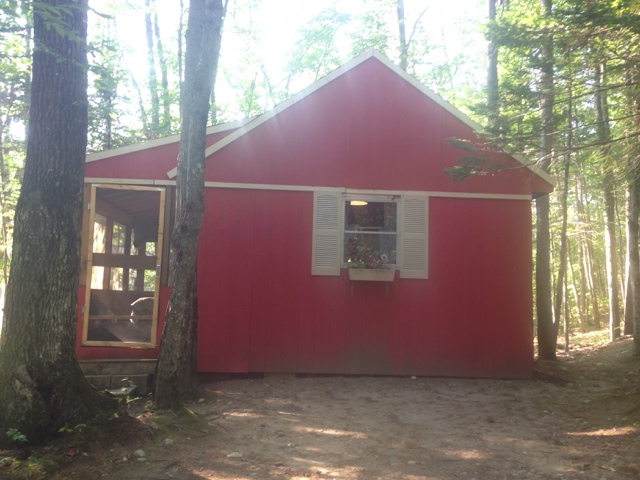 Rustic cabin
We all spread out once we arrived. Airlock found a book and went down to the river to read it on the beach. Cruise Control hung her hammock outside and took a nap. Art and Lynn took a nap on the patio. I read a book out front at the picnic table. Eventually everyone came back together and we discussed our dinner plans. The Sterman's sent us away with most of the leftover food so we decided to heat that up. The only thing we were missing was beer and ice cream. The only problem was we were too far from town to walk and nobody had cell service to call for a ride. I decided to try my yogi skills on some of the locals swimming in the river. I met a nice gentleman named, Steve, and struck up a conversation with him. He lived about a mile away and comes down to the river for early evening swims. At the end of our brief conversation he offered me a ride into town for beer and ice cream. I walked back to the cabin to tell the group the good news, dinner would include beer.
Not only did Steve drive Lynn and I into town, but he paid for the beer and ice cream. I didn't expect that. Thanks, Steve. 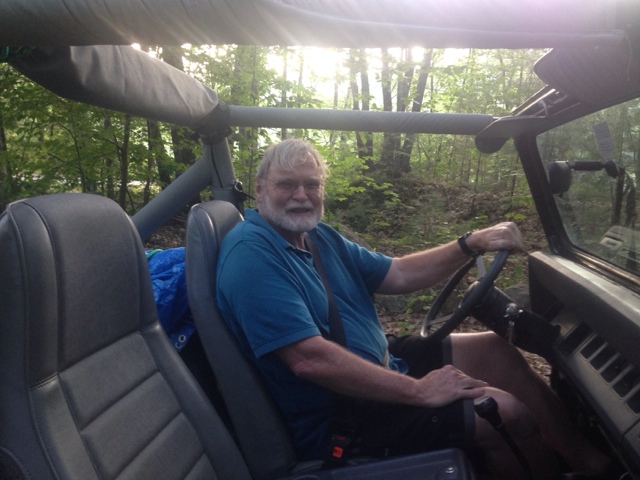 Steve
Once we got back to the cabin, I got a nice fire going. I think that's the first fire I've done since Tennessee. We used a cast iron skillet placed in the fire to heat up the burgers, buns, and onions. I felt like we were car camping. It was a very fun evening. 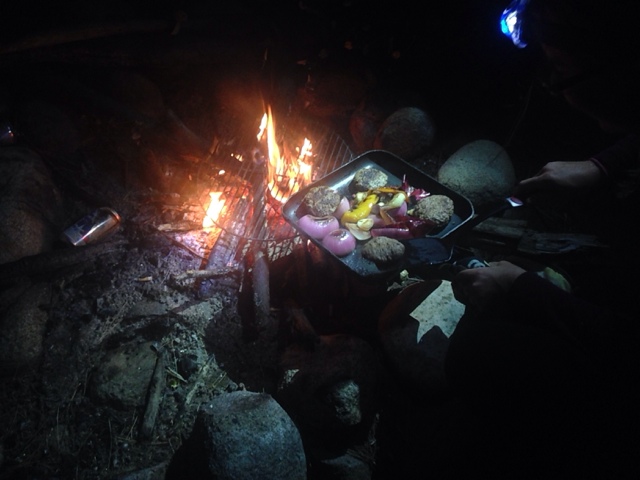