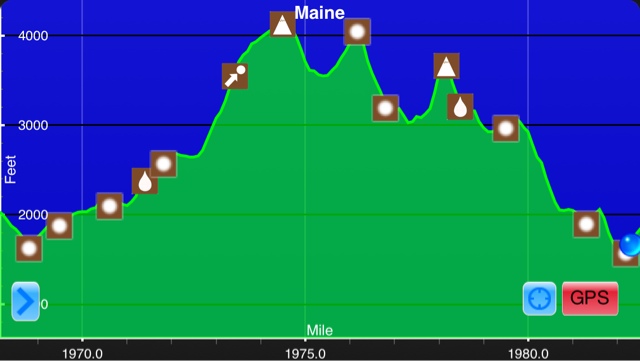 Today was my five month anniversary of hiking on the Appalachian Trail. I can't believe how fast it has gone by. I have hiked through the tailend of winter, through spring and summer, and I'm beginning to see the start of fall. Everyday the forest has a little more color to it. The pine trees are starting to show some brown and the maples are starting to turn red. It is a truely amazing thing to see the seasons come and go right before my eyes.
I was so comfy last night that it was difficult getting out of bed this morning. I eventually pulled myself out of my sleeping bag around 6:30. I made a cup of coffee and had a danish for breakfast while sitting on the front porch of the hostel. Catherine was already up and working on painting a sign. We talked while she worked. I quickly lost track of the time and as a result got a much later start than I had planned on. Steve had warned me that today was going to be hard, but I really didn't believe him. Everyone else has said that things are supposed to be easier now that I'm past Rangly. Well, everyone but Steve is a dirty rotten liar! Today was very difficult, but I must be a sadist because I enjoyed myself today.
I was back on the trail and heading closer to Katahdin by 8:00. I was immediately greeted with the return of the nasty type of trail. A sign at the trailhead warned of slick dangerous rocks and exposed trail above treeline. 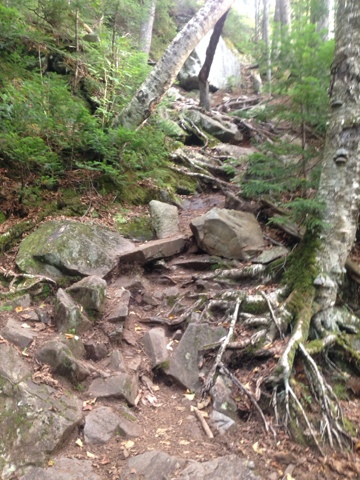 Ugh, not this crap again
I was lucky that today was nice weather wise because I was above treeline for most of the day. The section of trail I hiked today is known as, The Saddleback Mountain Range. It is comprised of three peaks, Saddleback, The Horn, and Saddleback Junior.  After leaving the hostel and returning to the trail I started the long climb up Saddleback. The first part of the climb was very gradual and I went past a beautiful pond. I was making pretty good time so far, so I decided to have second breakfast at Eddy Pond. 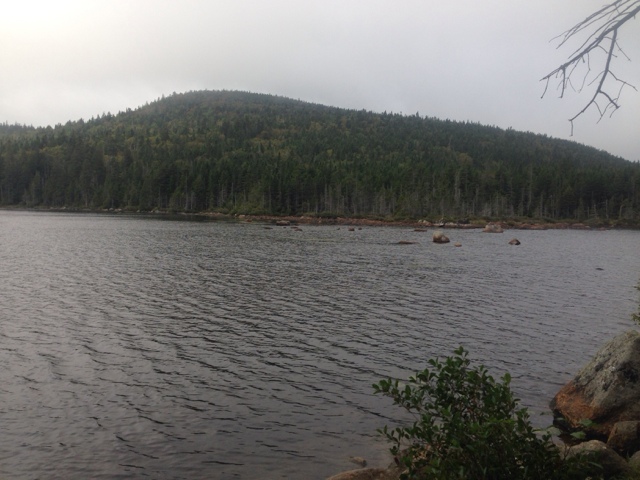 I saw another beaver, but the elusive creatures are difficult to photograph
The real climb up Saddleback started immediately after Eddy Pond. The climb wasn't very steep, but the first part included a fair amount of boulder scrambles and the second part was above treeline. The top of the mountain was in a cloud and the wind was gusting at 30 mph. I could barely see the white blazes to make my way to the summit. 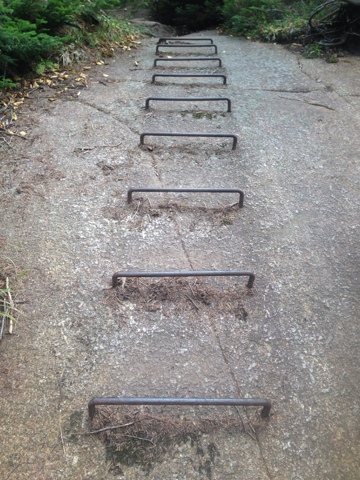 Thanks, MATC, for making my life a little easier 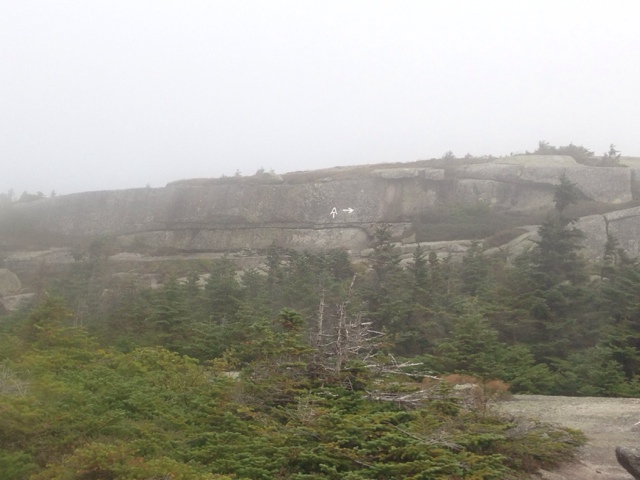 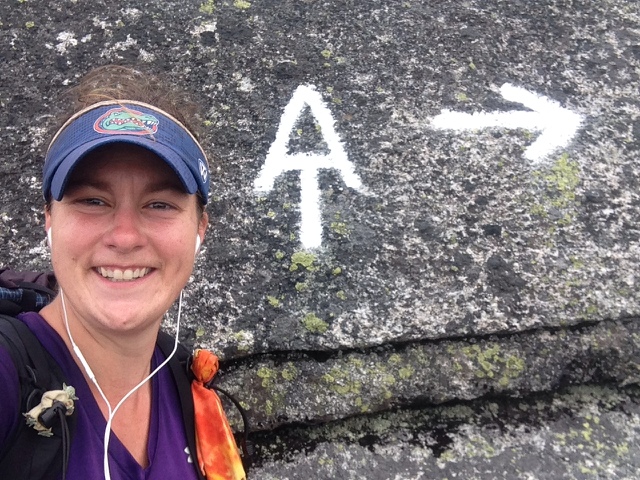 At least it was well marked
Once I finally reached the summit I was in the clouds and couldn't see a thing. I could barely make out where the trail went. I snapped a few pictures and quickly moved on. 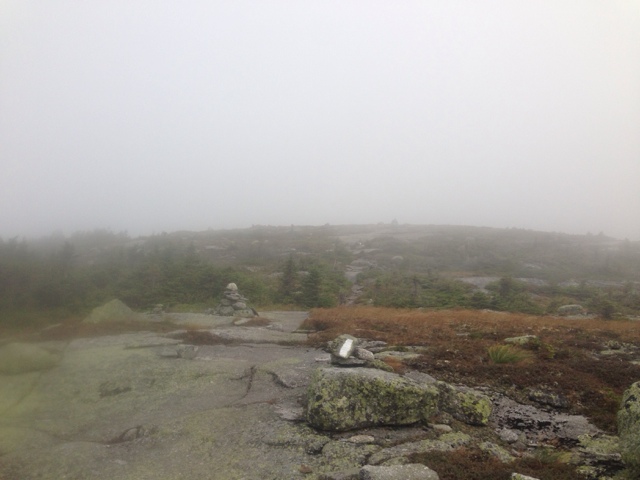 Do you see where the trail goes? 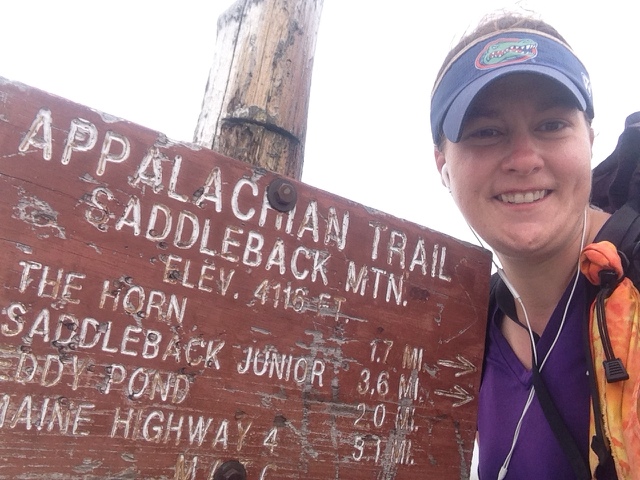 Obligatory summit sign
The climb up, The Horn, was pretty much exactly the same as Saddleback. It was difficult to follow the blazes and the wind was ferocious. 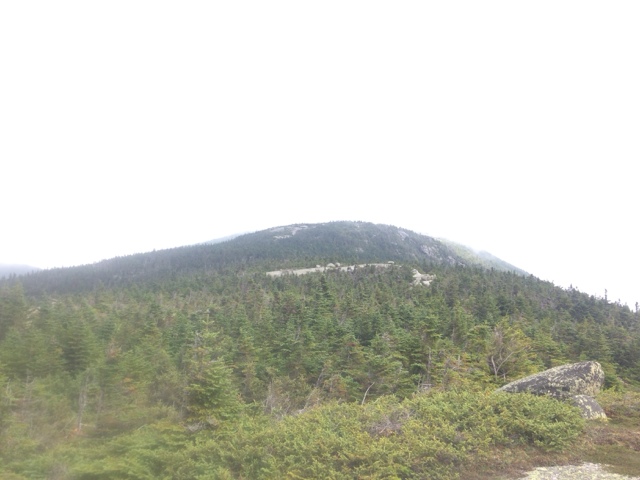 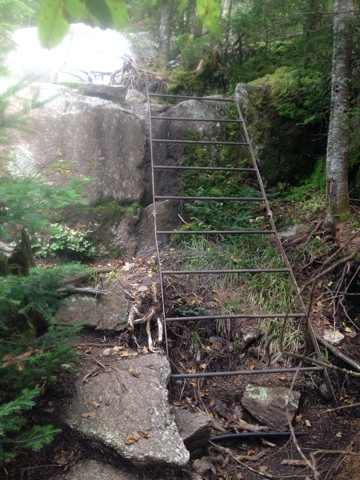 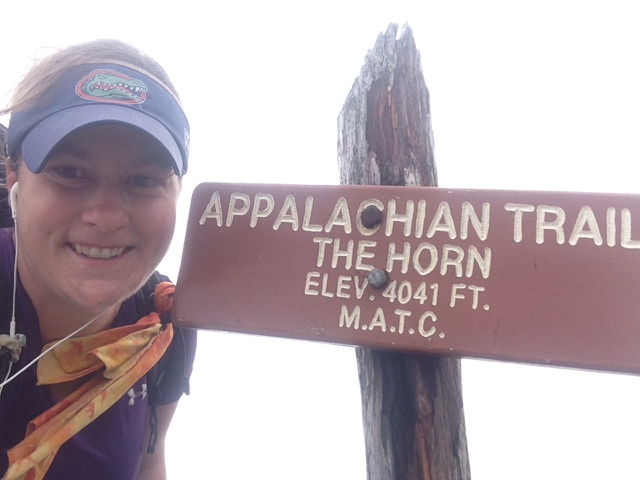 Still in the cloud
I was hoping for a better view from, The Horn, but alas, I was still in the clouds. The wind was blowing really hard, but every once in awhile the clouds would momentarily clear and I could see across the mountain range. 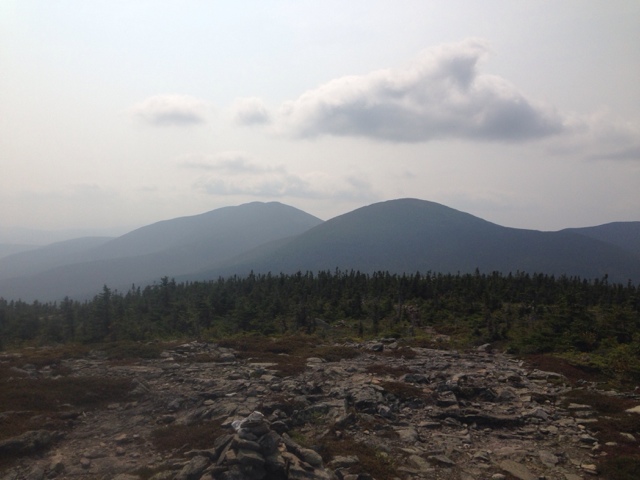 View back to Saddleback

A little hazy, but better than before
The hike down from, The Horn, was very pleasant. The mountain helped to block a majority of the wind. I could see Saddleback Junior in the distance and it looked pretty intimidating. 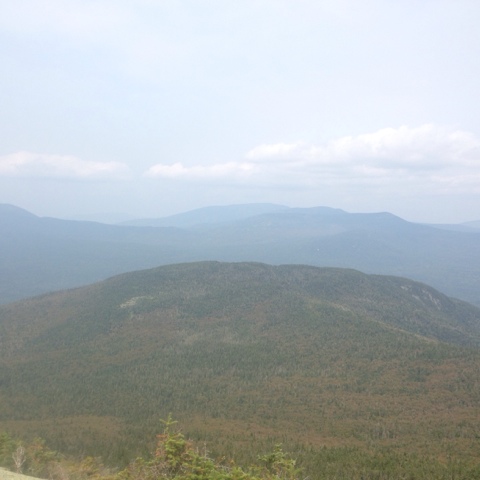 Rocky slabs barely visable
I could see the bedrock and I knew that I would have to climb up it. Saddleback Junior was a steeper climb than, The Horn and, Saddleback. The winds had calmed down though, so it wasn't too bad. 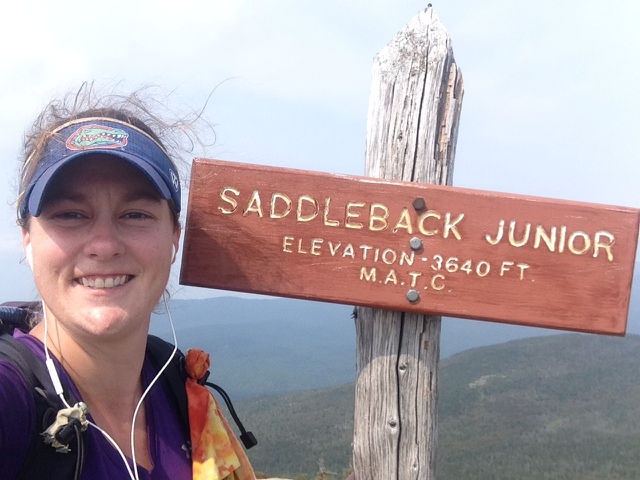 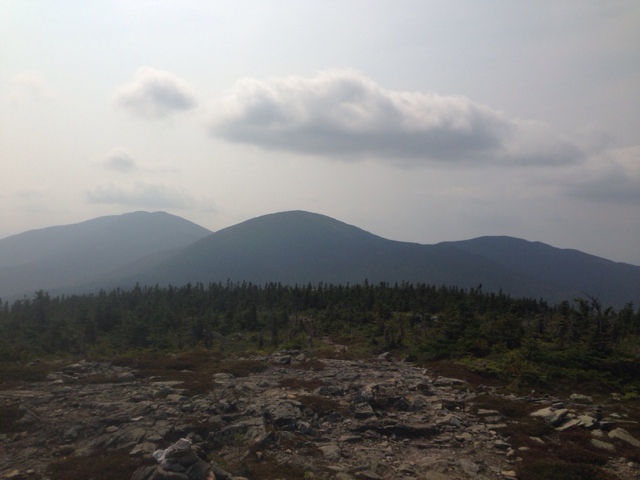 Saddleback and The Horn
I still had another five miles to hike before I could call it a day and I was exhausted. The steep climbs wore out my legs, but it was really the steep descents over the rocks that did me in. My legs felt like jello and I still had one more mountain to climb down. Poplar Ridge was a pretty easy descent on paper, but the Saddleback Range had wiped me out physically. To make maters worse the place I had planned on getting water from had a notice, warning that a lot of hikers had recently gotten sick after drinking from that source. I didn't want to risk getting sick, so I went thirsty for three miles. 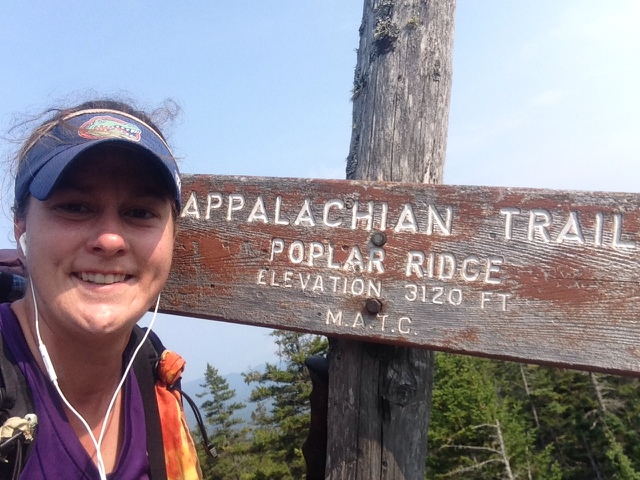 Poplar Ridge
Since I couldn't quench my thirst with water, I wiped out the next blueberry patch I came across. 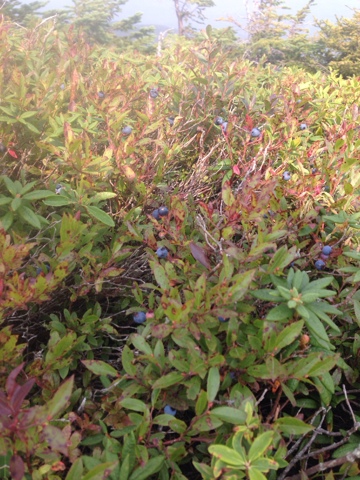 Fields of blueberries
I quit hiking a little earlier than I would have liked. I found a great stealth spot next to a babbling brook, that I just couldn't resist. Tomorrow I'm trying for a really big day. I'd like to do 19 miles, so I can make it into town to resupply again. That might be overly ambitious though, as it looks to be another tough day with lots of elevation gains and losses.
"The world has enough beautiful mountains and meadows, spectacular skies and serene lakes. It has enough lush forests, flowered fields, and sandy beaches. It has plenty of stars and the promise of a new sunrise and sunset every day. What the world needs more of is people to appreciate and enjoy it."
-Michael Josephson
Posted by Yoda at 8:18 PM