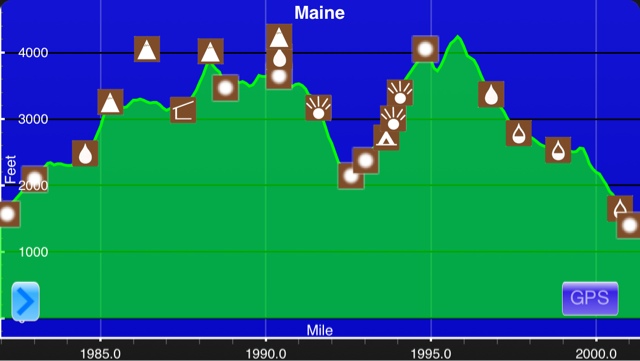 Today was another long day that kicked my butt. In my quest to make it into Stratton, Maine, I climbed five mountains and had a five mile descent. I only stopped to pee, filter water, and to shove snickers bars into my mouth.
I woke up early and was out of camp at 6:45. I wanted to leave earlier than that, but it was still dark out when I woke up the first time. The days are definitely getting shorter, which makes it difficult to do these high mileage days. For the first few miles the trail was very well behaved. I had a nice gradual climb to a logging road, but then the trail got really steep for the climb up Lone Mountain. I don't think the people of Maine have the word "switchback" in their dictionary. Someone needs to explain what it means to them. All of the climbs in Maine are straight up the mountain. Lone Mountain was very disappointing. I put in a lot of work to climb it, the least it could have done was give me a view for all of my hard work.
The next few miles were really nice. The trail stayed pretty level and I got a partial view from the Mt. Abrahams trail. 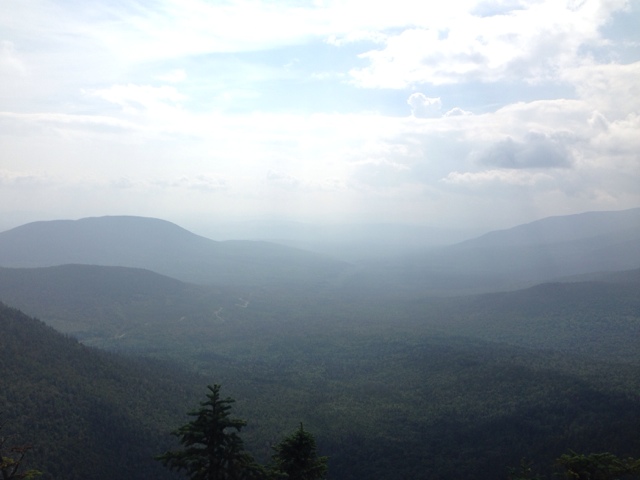 Another hazy day
I passed by a plaque commemorating the completion of the AT in 1937. I'm always amazed to see how old the trail is. 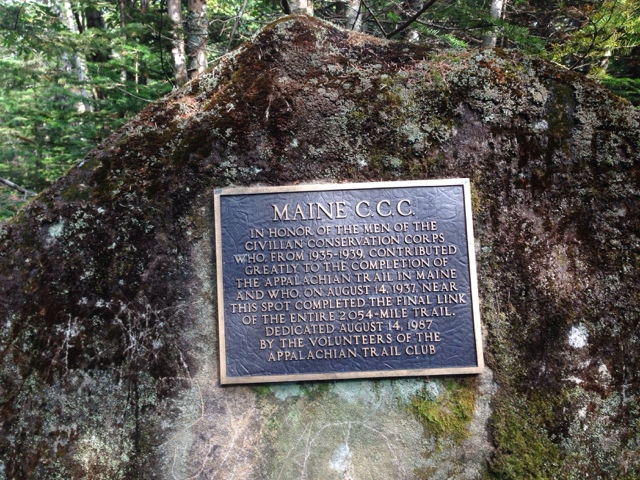 Completed in 1937
Next up for my climbing pleasure was, Spaulding Mountain, another 4000' mountain with no view. I'm always so happy to put in so much effort for zero reward.(dripping with sarcasm)
My third mountain of the morning was Sugarloaf Mountain. The trail didn't actually go to the summit, but I did get a few nice views from where I was. 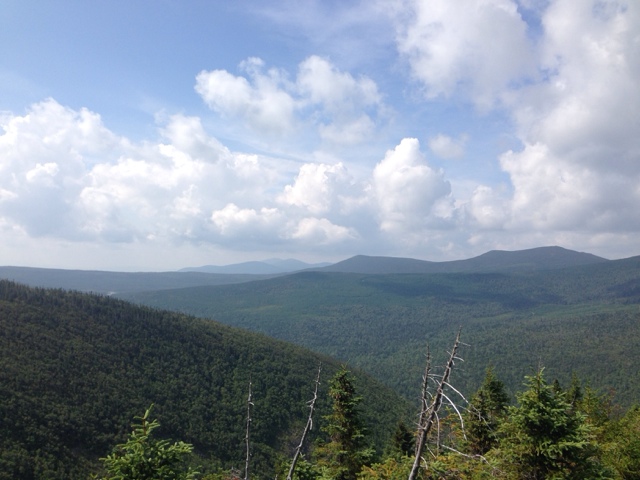 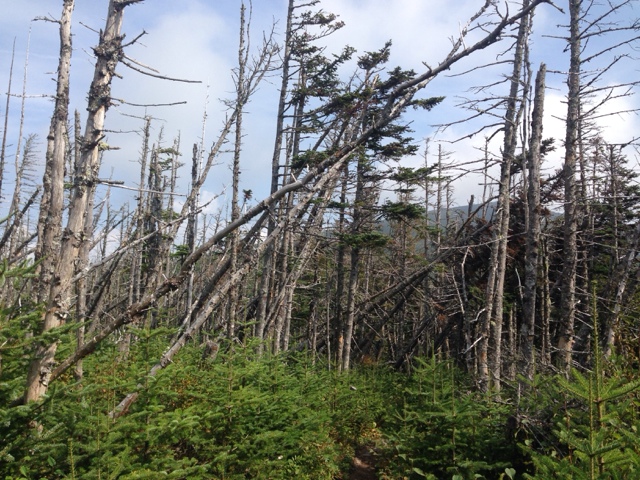 Lots of blown down trees in this area
Over the next 2.5 miles I would lose 1,500' of elevation. Up until this point I was making great time and was ahead of schedule. That didn't last for long. The trail decided to go down an eroded, landslide riddled area. It took me forever to pick my way down. I haven't fallen down in over a week, but that streak ended today. My left foot caught an exposed root and down I went. Luckily nothing was hurt. 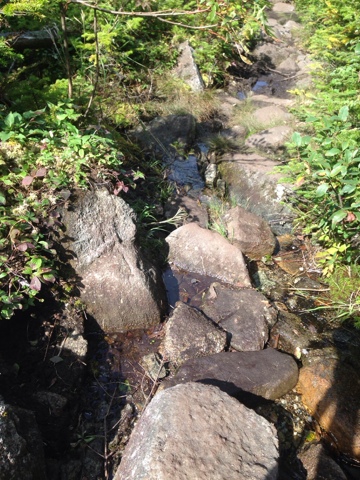 Small example of what I went down 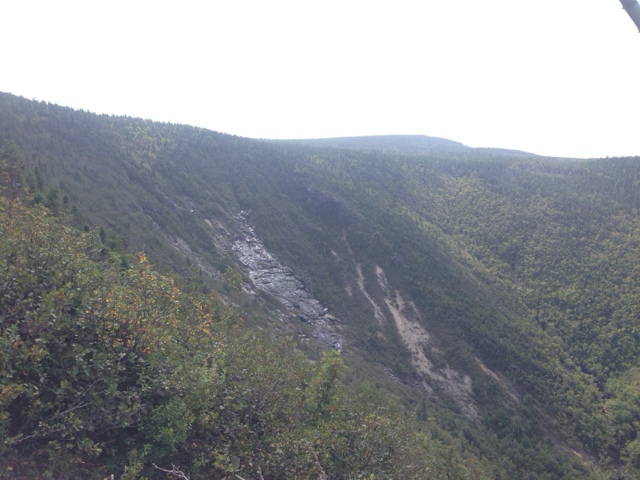 Large example of what I went down
Eventually, I made it down the rest of the way without falling again. By now I was slightly behind schedule and I had the hardest part of the day ahead of me. South Crocker Mountain was a 1,300' climb over .9 miles. The first part of the climb was pretty easy, which meant that all of the elevation gain came at the top of the climb. I was trying to make up for lost time, so I pushed myself to the breaking point to make it to the top. I was so tired when I hit the summit, that I missed the sign for the viewpoint. I didn't realize until later that I should have gotten a spectacular view from the top. Oh, well.
After South Crocker I had to hike up North Croker. Before climbing the North peak the trail dropped down 500' only to climb back up 700'. Since I was pushing as hard as I could, my legs were pretty much shot by the time I hit the summit. This time there really was no view. I snapped a picture of the summit sign and then I moved on. 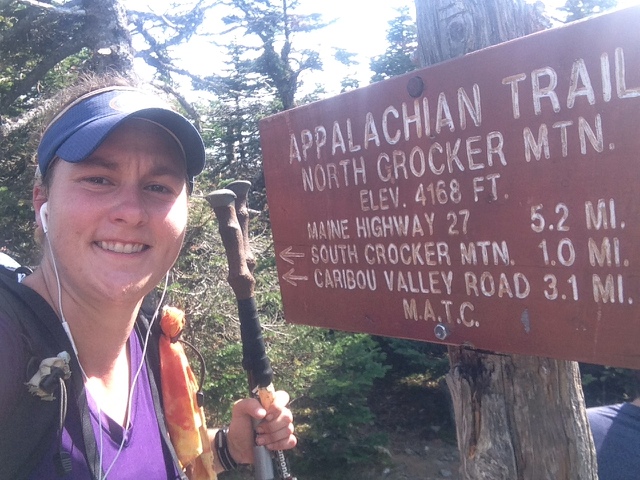 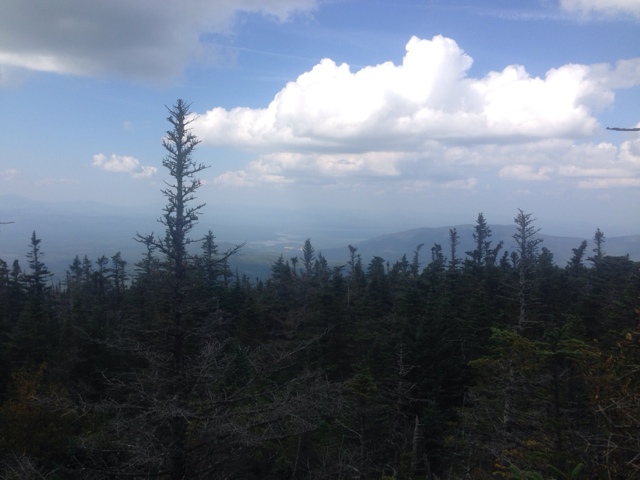 View from just past the summit
I only had 5.3 miles to go to make it into town. Unfortunately, those miles were all downhill. My knees and ankle aren't holding up very well anymore on these long downhill climbs. I put some music on and tried to focus on anything but my poor knees. Just as I was close to my breaking point I reached a huge milestone, the 2,000 mile mark. Even though I was in a hurry, I took the time to mark the occasion. Someone else had already made the sigh, I just improved it. 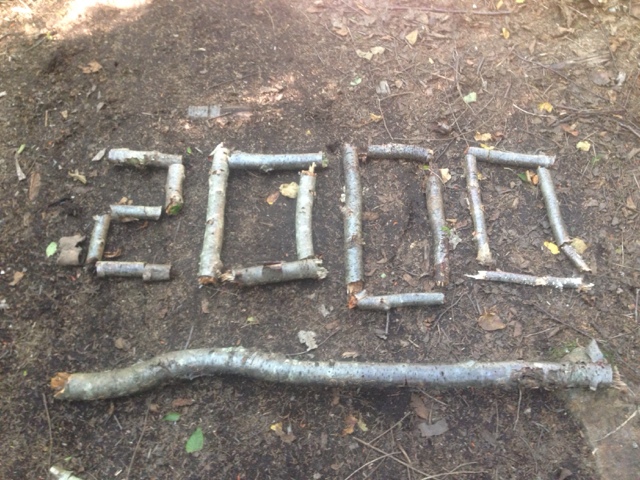 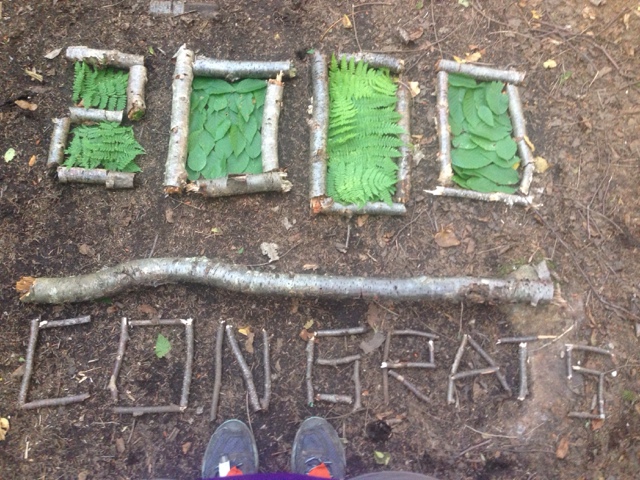 Yodafied
I ended up making it to the road a little before five o'clock. Stratton is a five mile hitch into town. I was just preparing to put my thumb out, when a car pulled over and offered me a ride. It was none other than, Warren Doyle. On the ride into town I picked his brain on what to expect for the next 189.2 miles. He was a wealth of knowledge. Thanks, Mr. Doyle, for the ride and the information. It was a pleasure to meet you again. 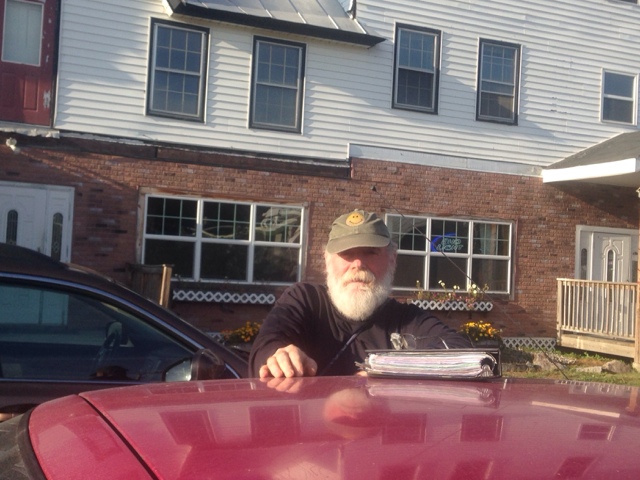 Warren Doyle, 16 time AT thru-hiker
Tomorrow I hike the, Bigelow's, and then the trail should be pretty flat until I hit the 100 mile wilderness. 15 more miles of suck and then life should be good!
"Enjoy the little things, for one day you may look back and realize they were the big things." -Robert Brault
Posted by Yoda at 8:19 PM