Day 1- Third Time Is The Charm

Thanks again to Guthook guides for providing the elevation profile and for generally kicking ass. This app is the main reason I’ve never gotten lost.
Total up: 1,202.1 ft Total down: 630.6 ft
I have always known that it was never a matter of if I would hike the Continental Divide Trail, but when. After working very hard for the last year I knew that 2018 was my time. I finished work on March 28 and spent a week trying to fit everything I own into my 4 door sedan. I learned how to load up a car from the very best car packer upper in the world, my dad. 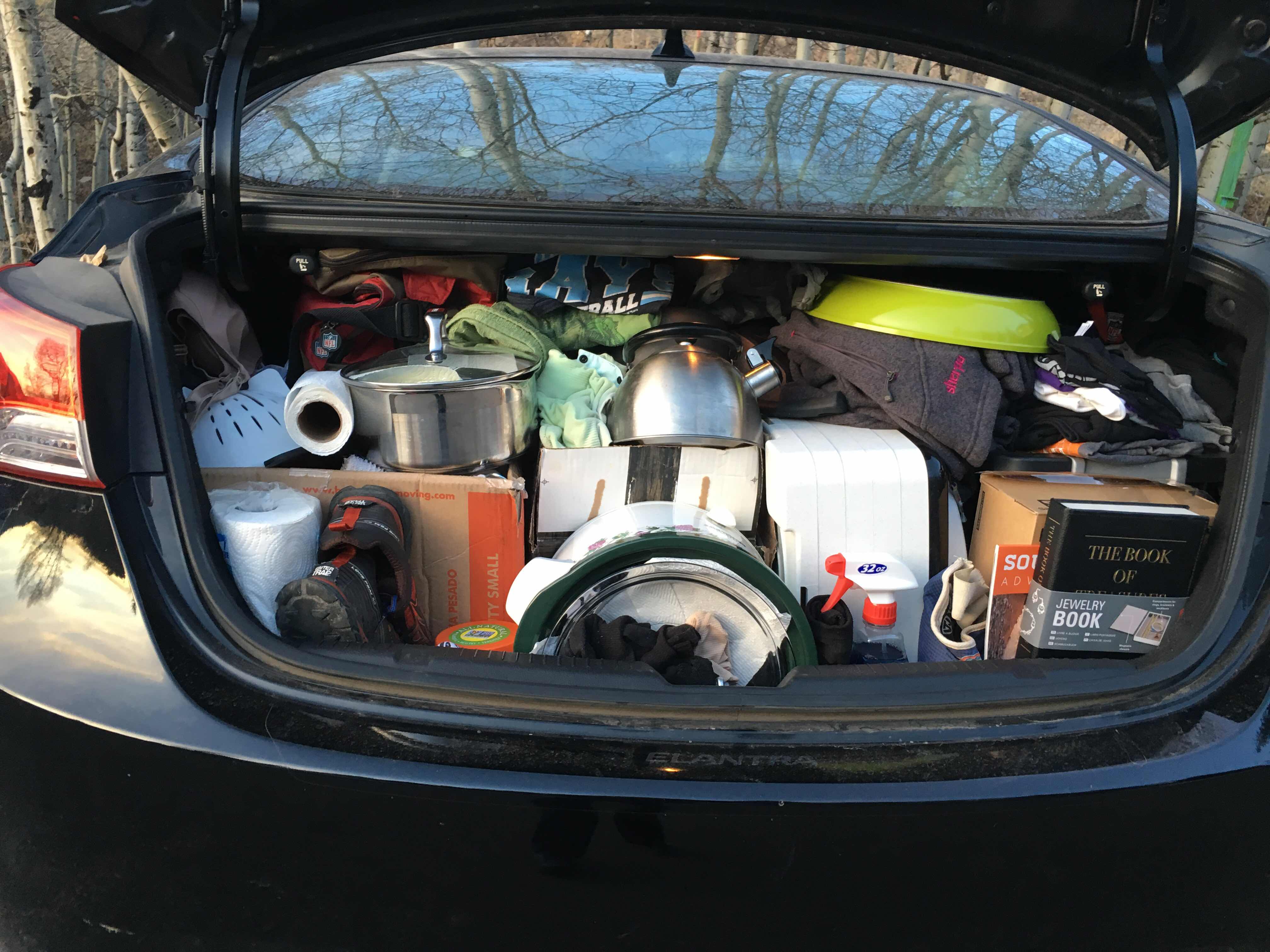 Everything I own in a four door sedan
I stored my car in the underground parking garage at the hotel I work out and flew back to Florida. I had a lot of things to get done before starting the trail. Most of things I needed to accomplish were difficult to manage in a small town like Telluride. I spent a week doing food prep, printing maps, and generally being underfoot at my parents house. I worked right up until the last minute. Getting to the start of the cdt was much more difficult than the AT or PCT. I flew from Tampa to Tucson, AZ. Then I took a Greyhound bus to Lordsburg, NM. Riding a Greyhound for even a short distance was a true life experience. Once in Lordsburg I spent the night in a cheap hotel. All of that was the easy part. Lordsburg is located on the trail, but 85 hiking miles away from the border. Luckily the organization that manages the trail offers a shuttle to the start. For $120 I secured a ride, 5 water caches with 2 gallons of water per cache, an awesome goody bag, and an annual subscription to the CDTC. I think it was a bargain. 40 miles of the drive was on dirt roads that needed a truck with high clearance. Myself and 9 other hikers were bounced around in the 2 trucks for hours on end. I’m more than thankful to the wonderful drivers who make the drive daily. 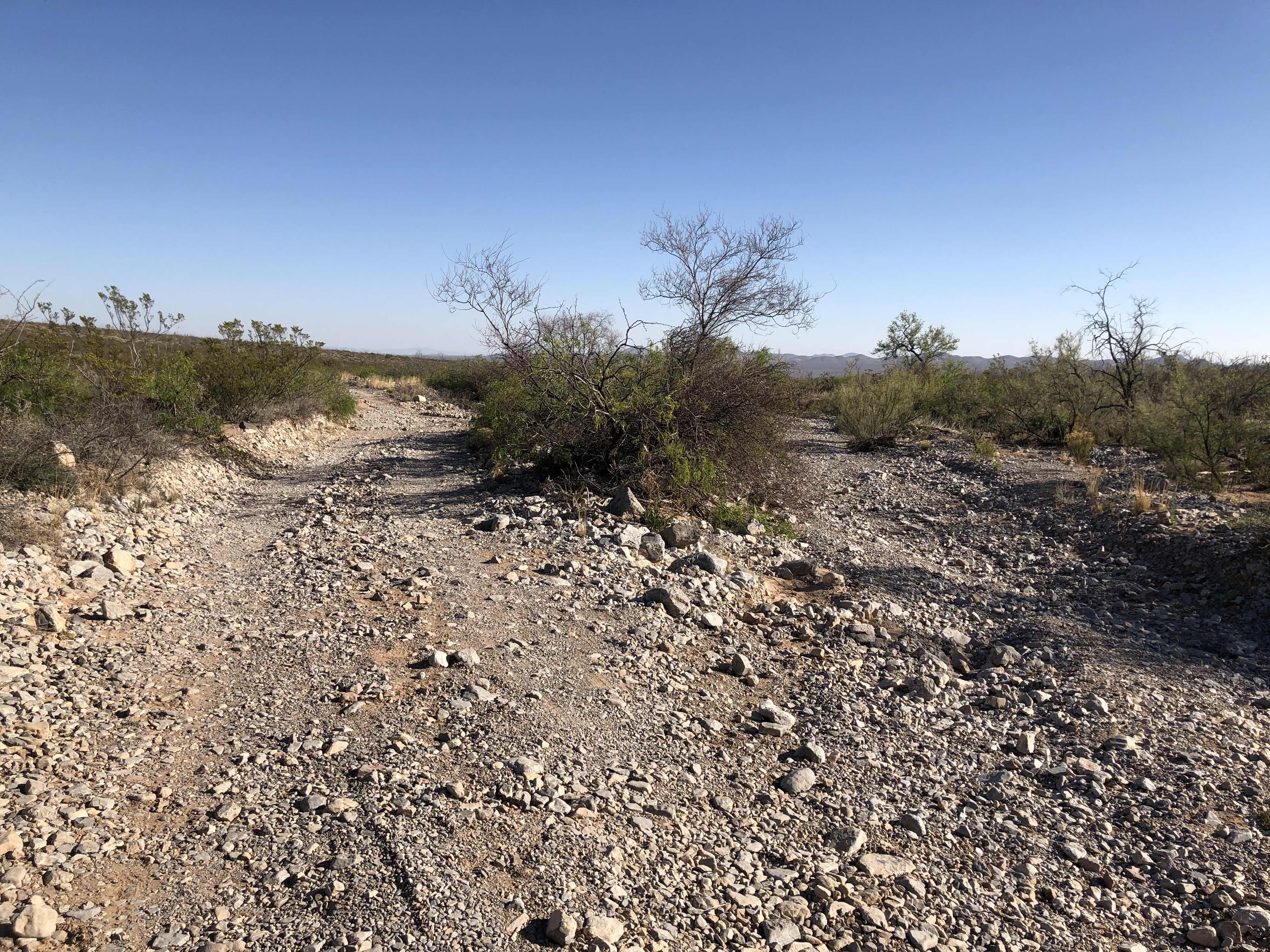 A sample of the good part of the dirt road
We arrived at the border a little before 10am. We took the obligatory pictures and everyone started hiking north spread out over 30 minutes. I was one of the last people to leave the border because I wanted to have a little time and space to myself. 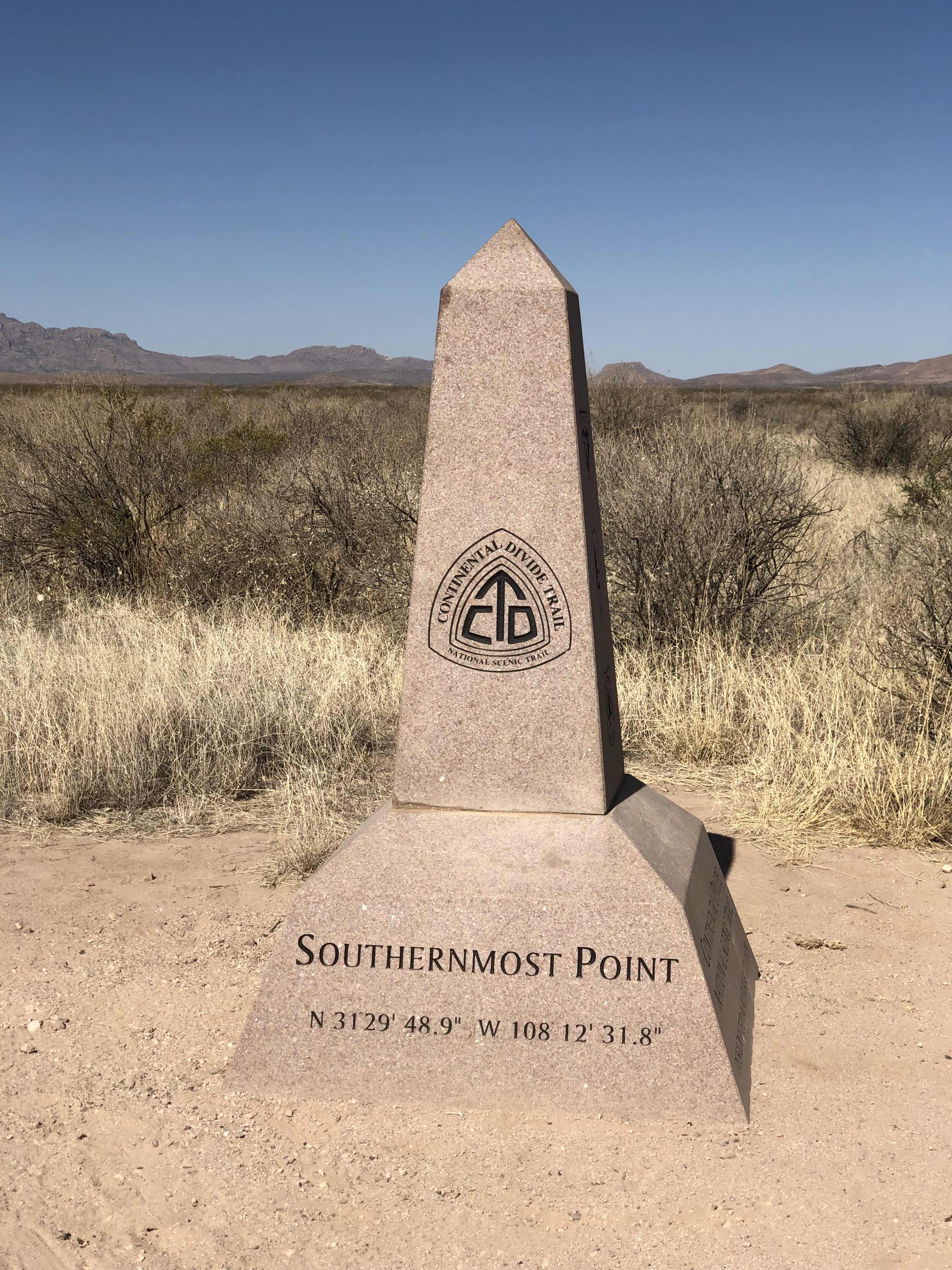 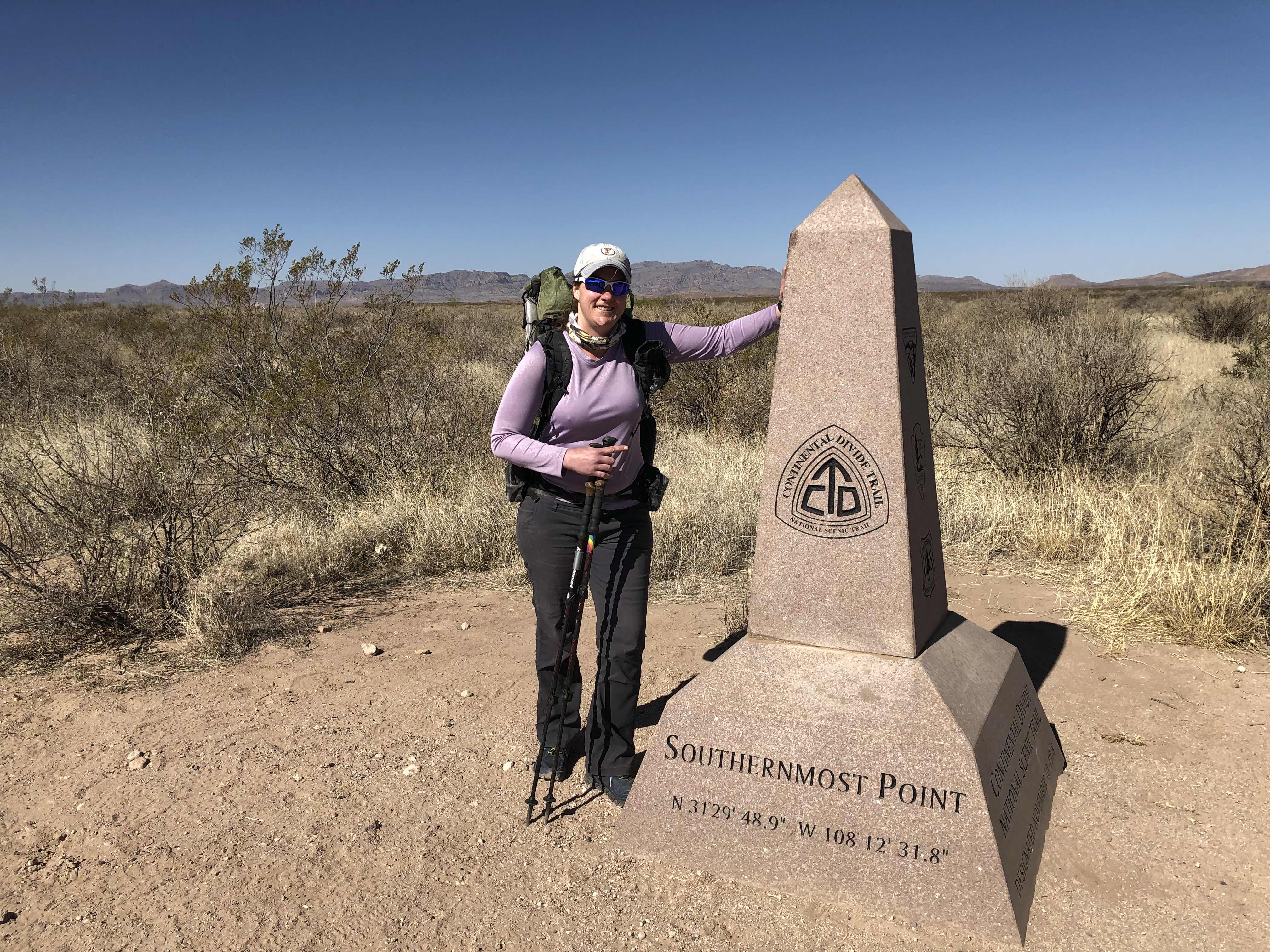 Thruhikers always look so shiny and clean on day 1 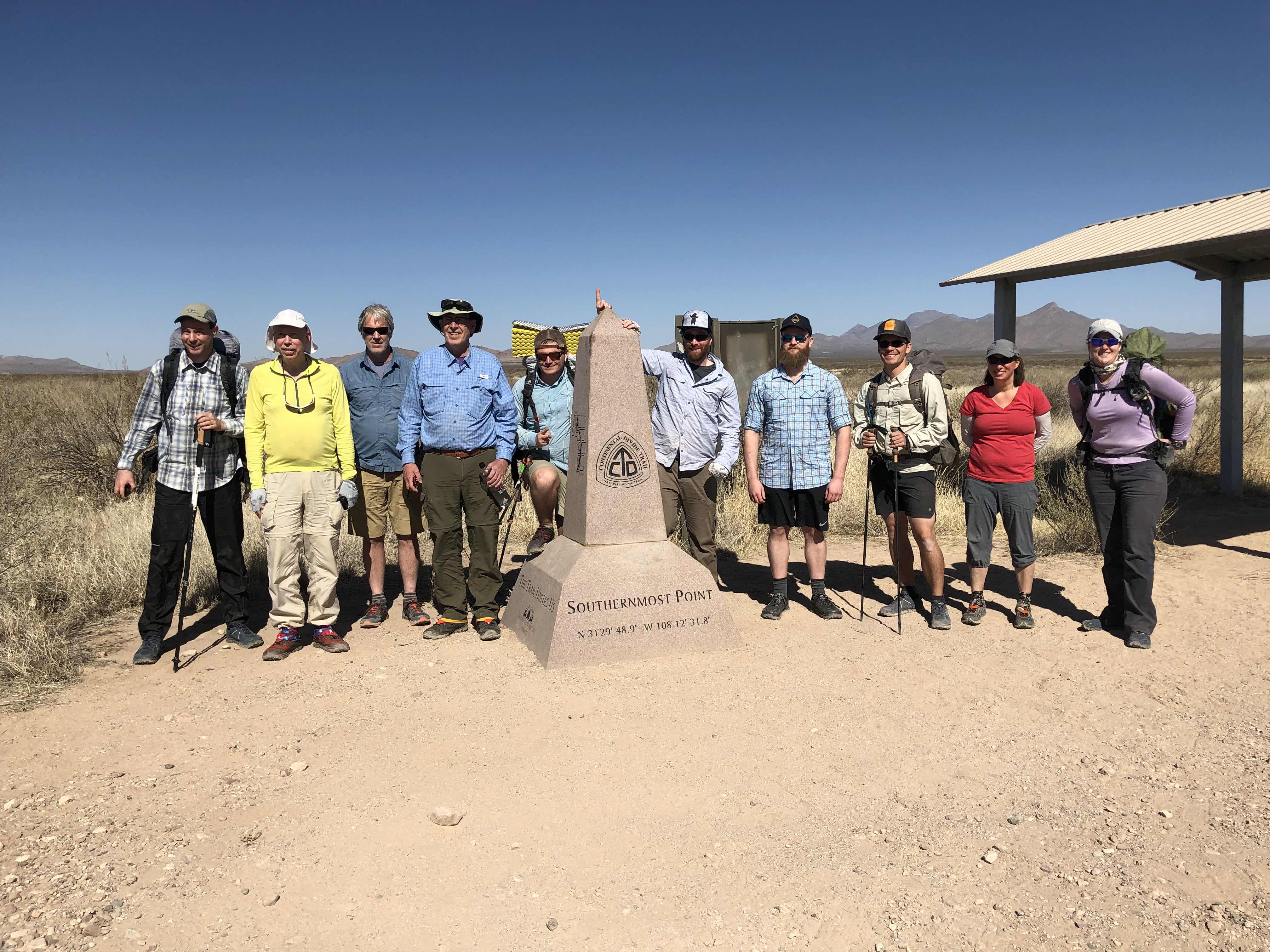 Group picture
Today was a very easy day. I managed to make things a little more difficult for myself by carrying a few liters too much water. I really just wasn’t thinking. The first water cache was located 14 miles down the trail and in retrospect I could have carried 2.5 liters. I guess I was a little nervous about how hot it would be. Luckily it wasn’t too bad because there was next to no shade on the trail. I quickly feel into a rhythm and caught up and passed a lot of the other hikers. The trail was relatively easy to follow. The cdt is notorious for how difficult it can be to follow the trail. In a lot of places there wasn’t a traditional foot path, but you could see trail markers in the distance and just walked cross country to the next post. 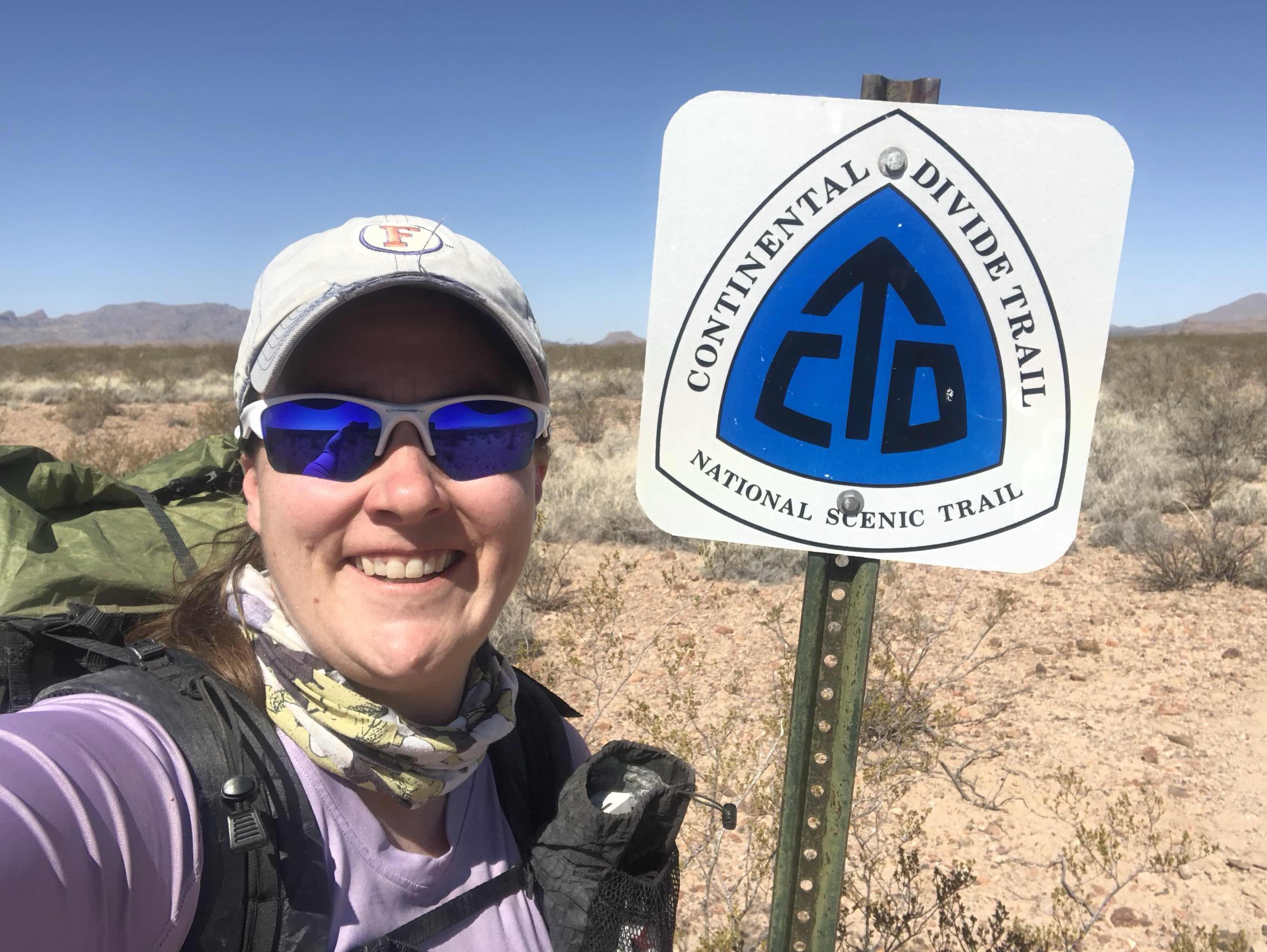 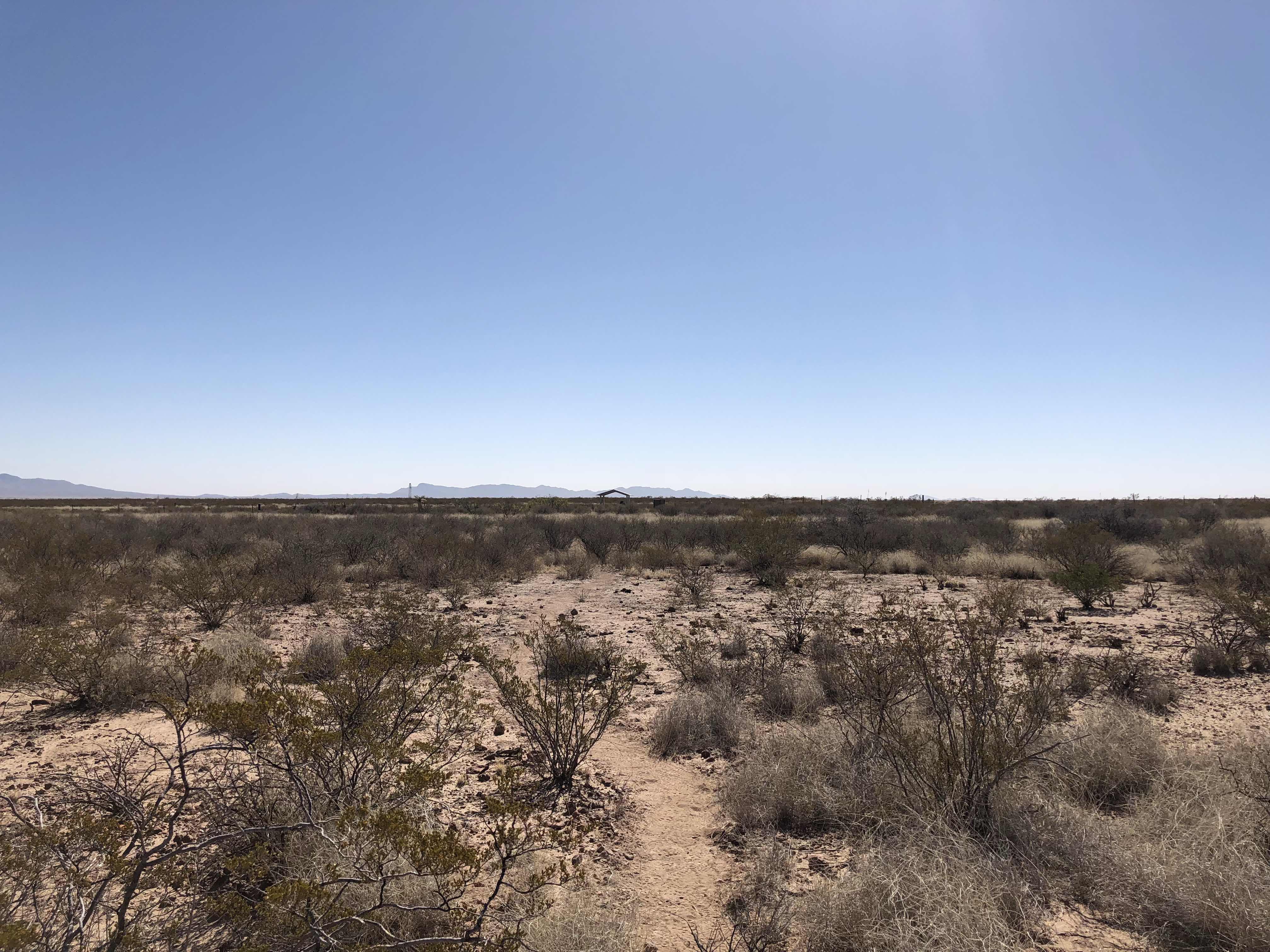 Typical trail
After about six miles I caught up to a man named Scott(Safety Turtle). He attempted the PCT last year, but was forced off of the trail in Oregon due to fires. We chatted as we hiked and it made the miles fly by. We would eventually team up with a man named Michael, who just happens to be from Telluride. What a small world. I really enjoyed hiking with them. After about 9 miles my feet and quads were beginning to get sore. The relatively easy trail ended and we hiked through a washed out area, or wash. It is like hiking on a very rocky beach. 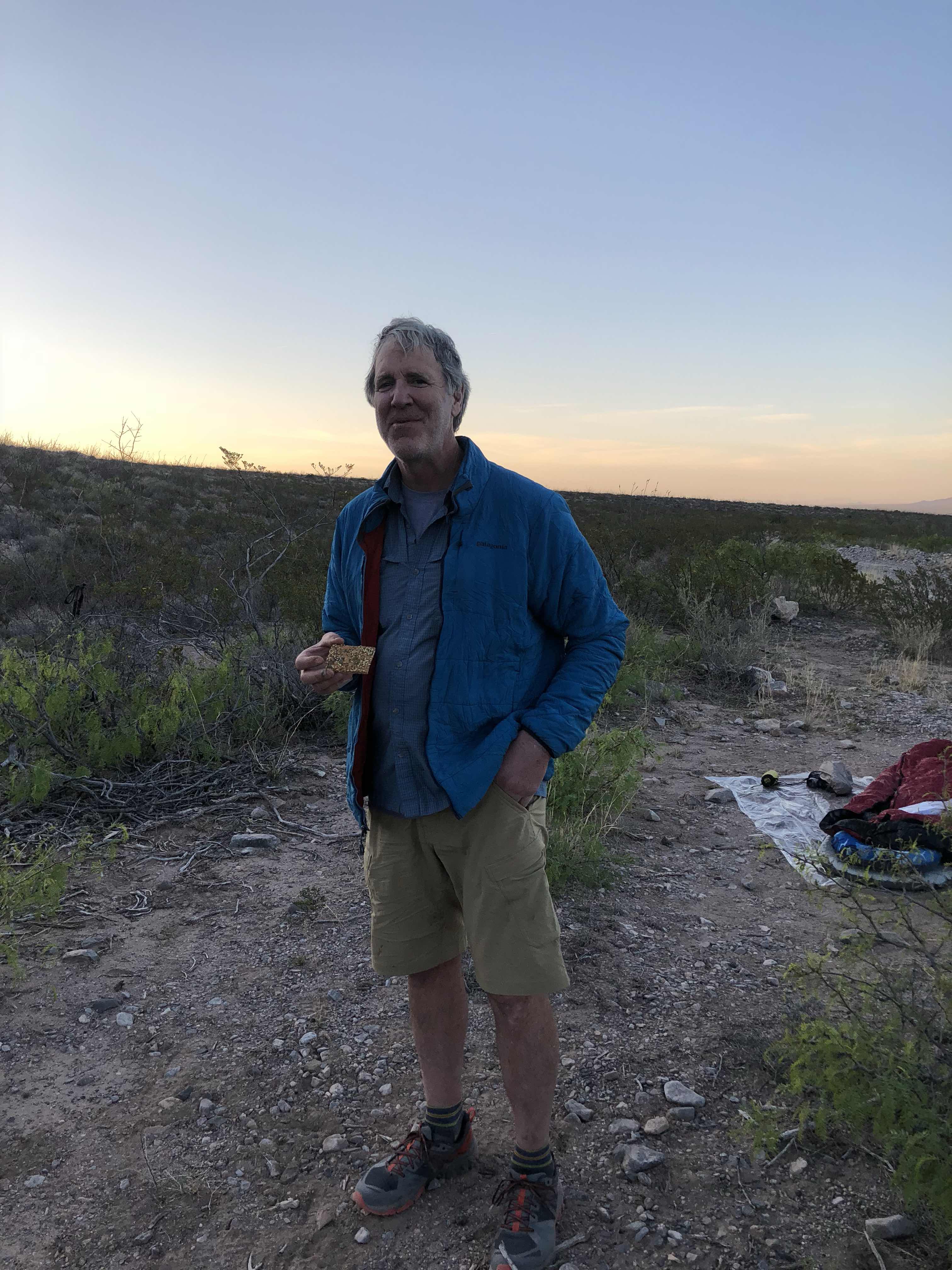 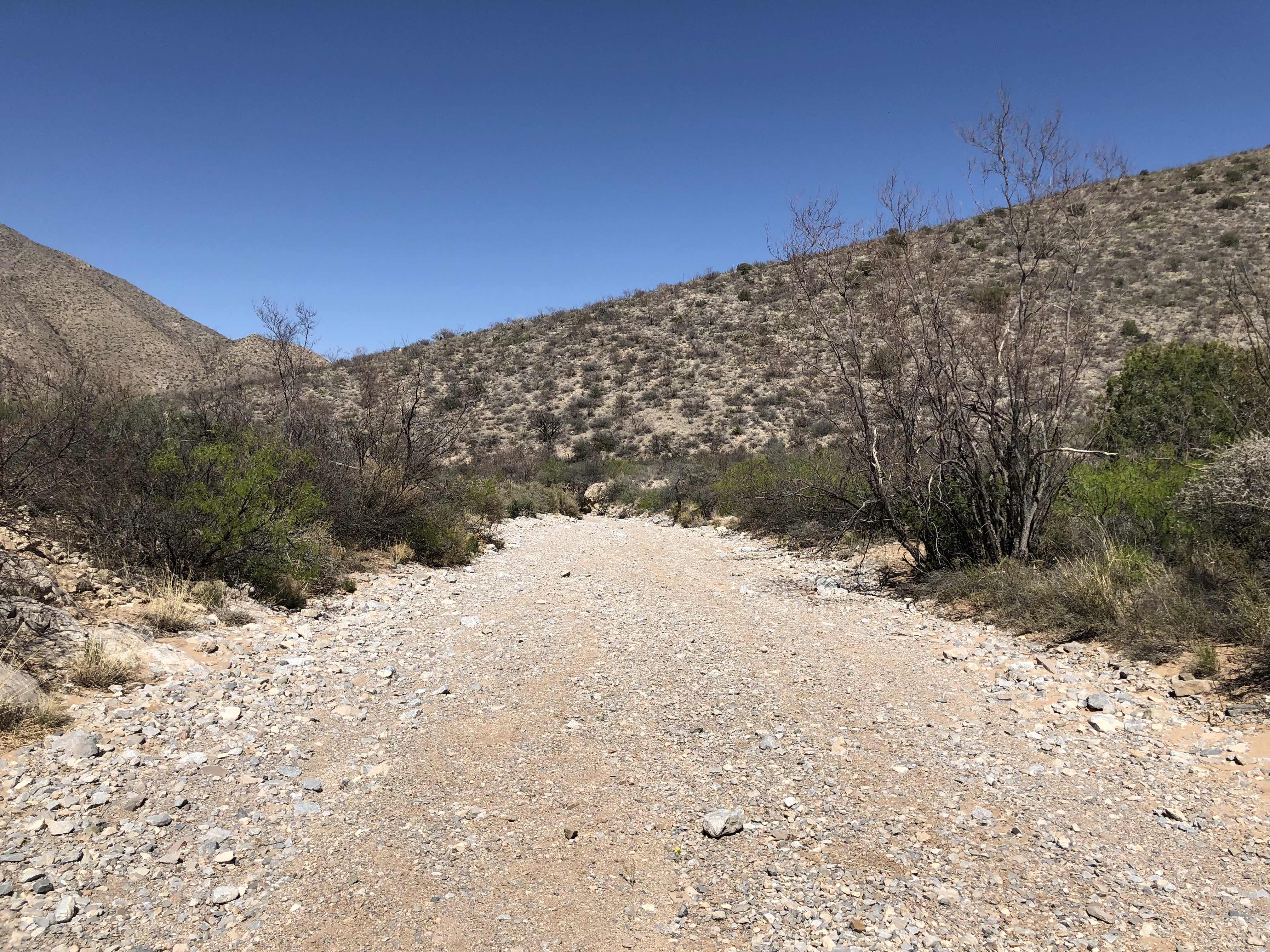 Example of a wash
I would have liked to have gone farther today, but I didn’t want to dry camp and the next guaranteed water source(another cache) was 11 or twelve miles away.(Sometimes mileage is difficult to gage on this trail due to alternate routes). I took the safe route and camped at the first water cache. Out of the ten hikers who started today, 5 camped there. I got into camp at 4:30, but since I was starting to get sore I found a place in the shade and sipped water to rehydrate. Tomorrow should be another action packed day. I’ll get my first dose of true cross country hiking. I have a general direction to go, but no defined path. I’ve learned that in the New Mexico desert all of the shrubbery in pointy and stabby. Walking cross country is another way to say bushwhacking, or walking through all of the pointy, stabby shrubbery. 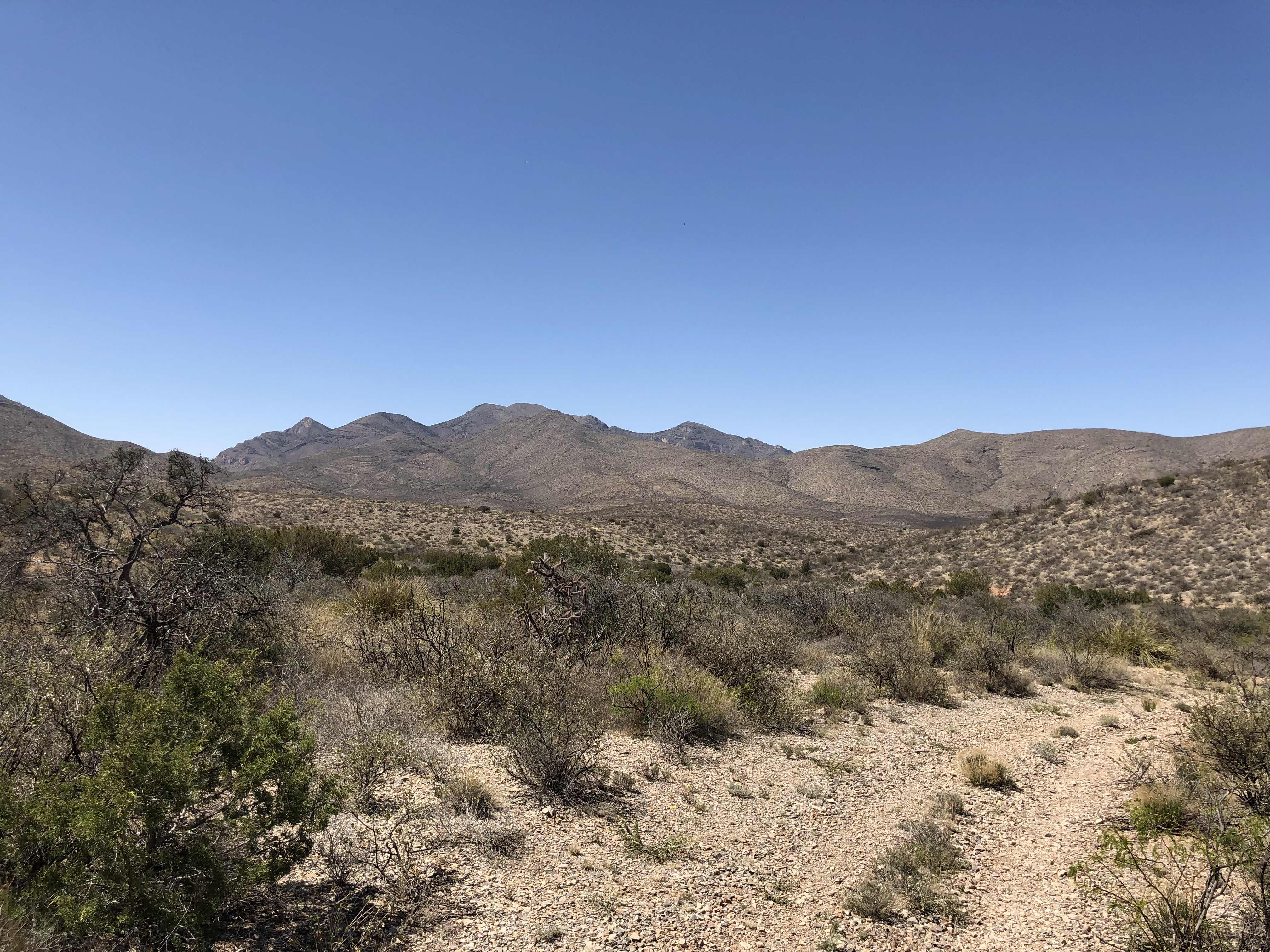 The Hachet Mountain Range
For those of you wondering what a water cache is, it is a place where somebody staches water, not a natural source. 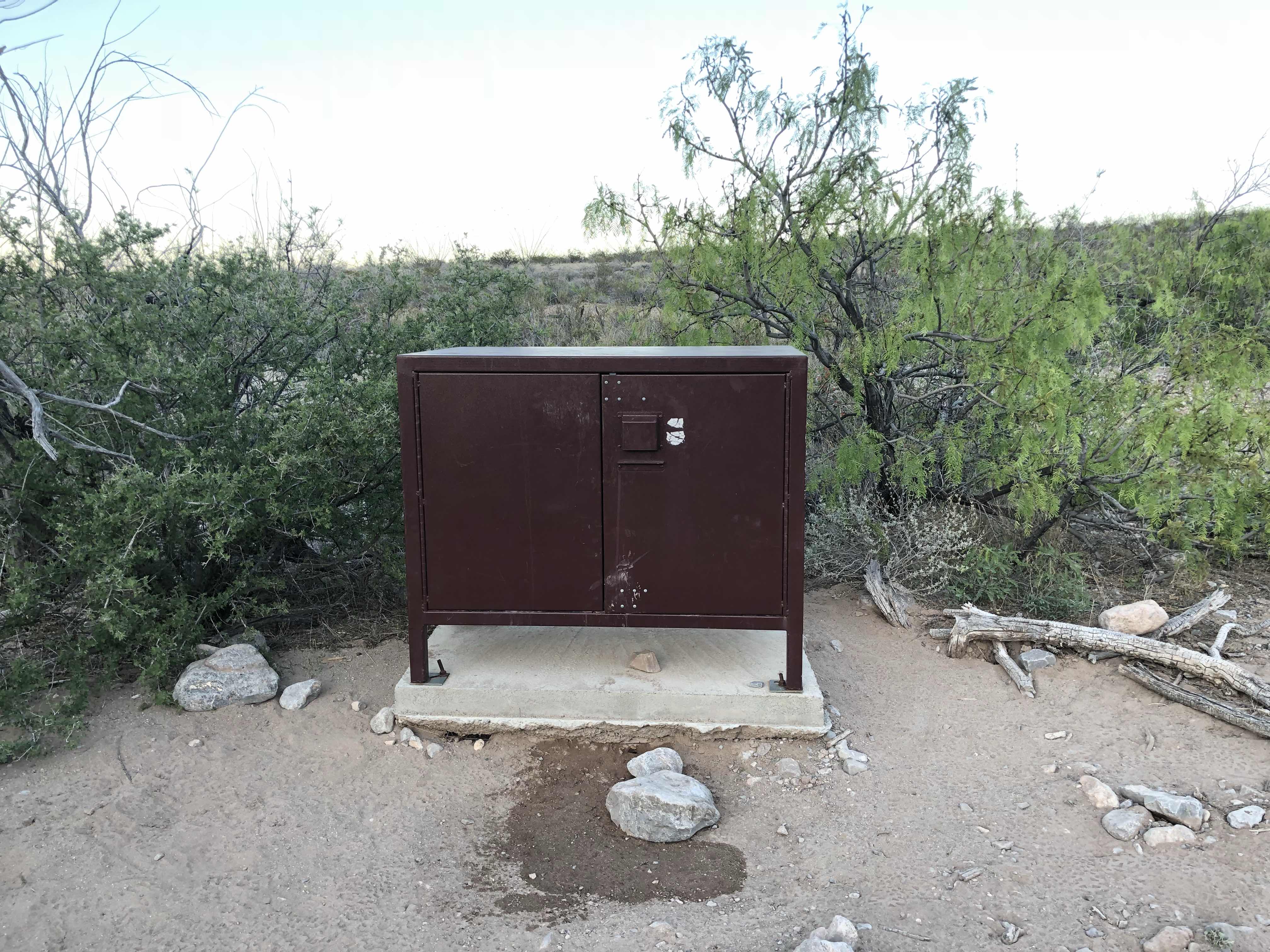 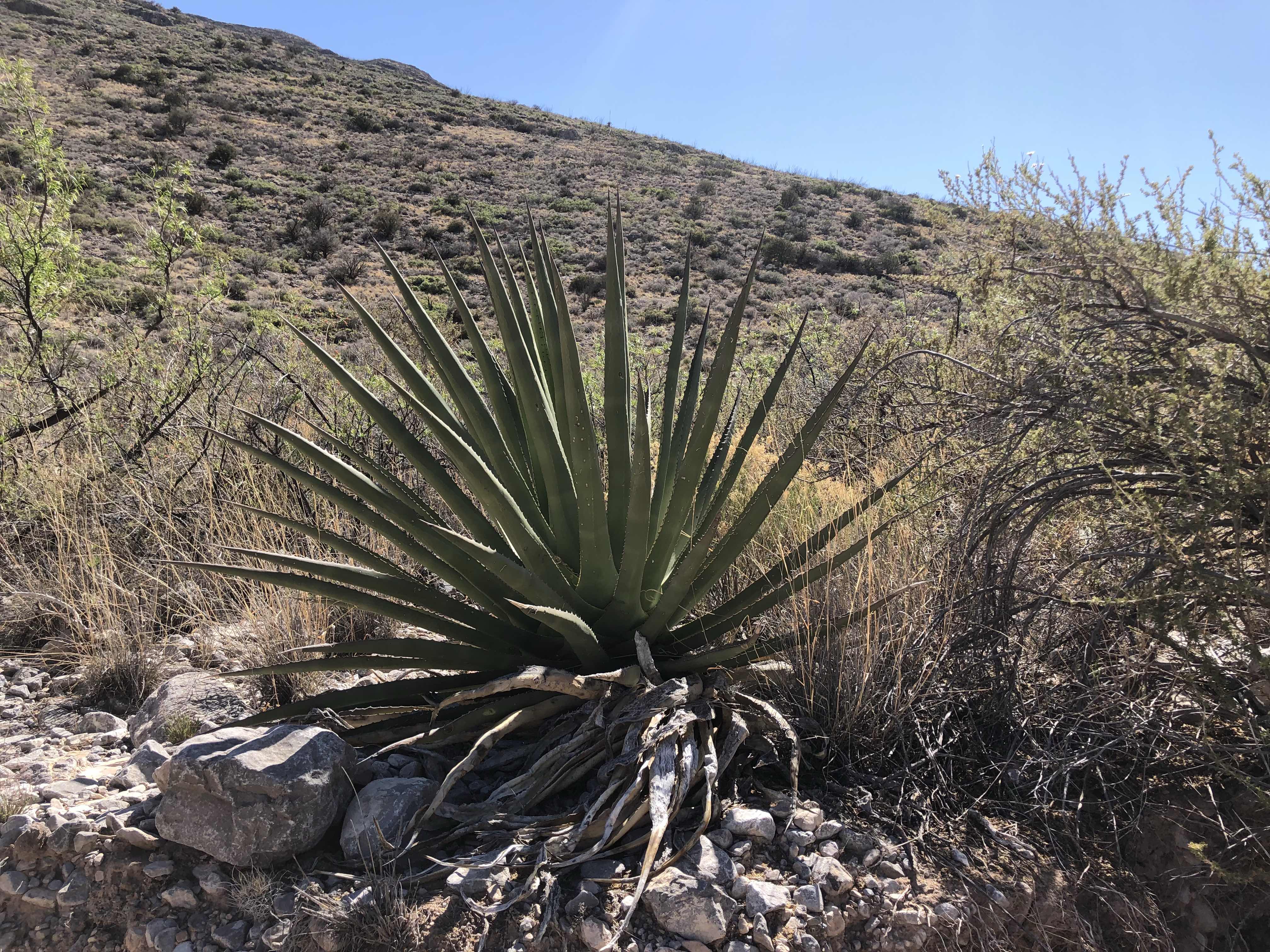 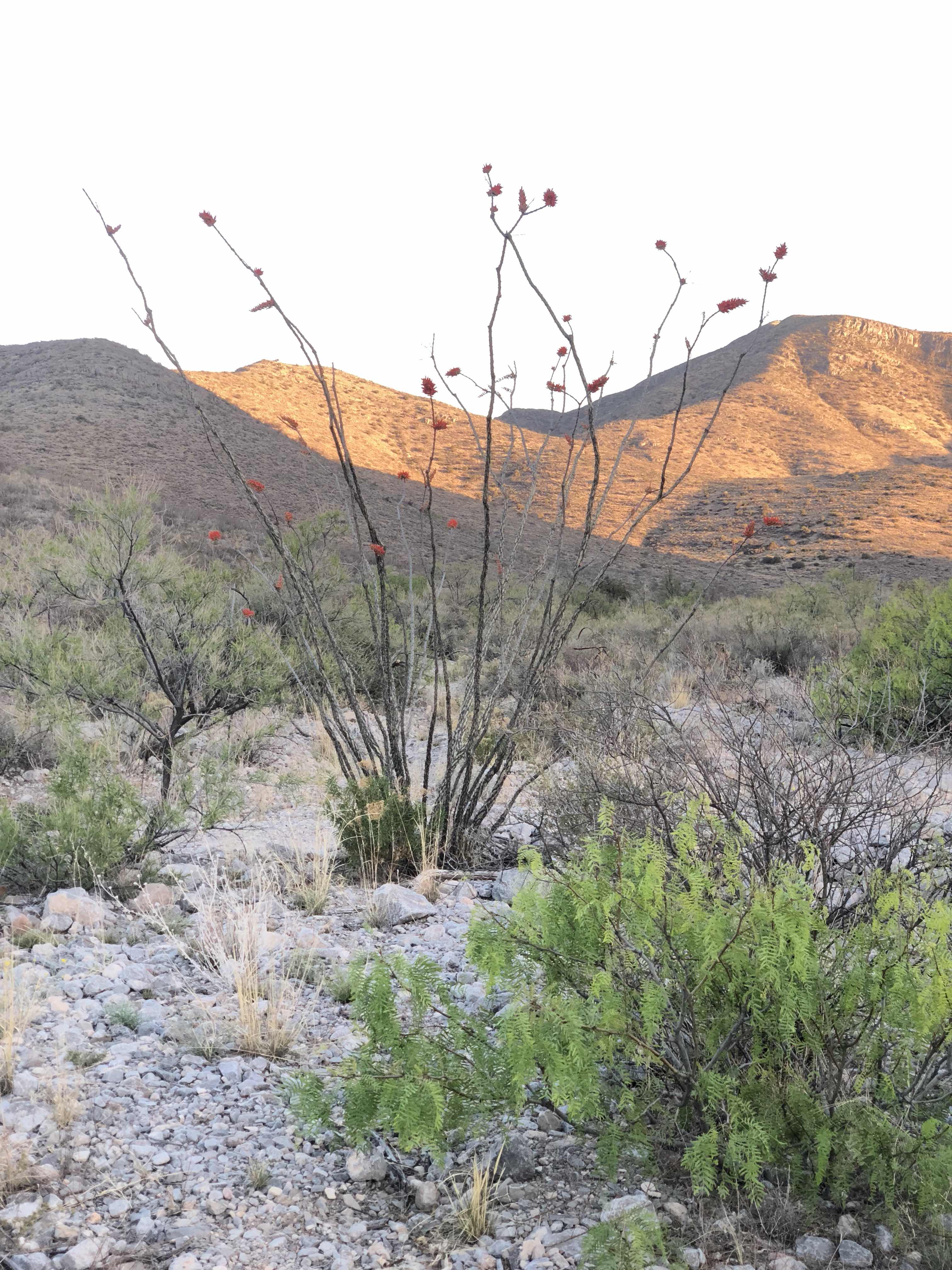 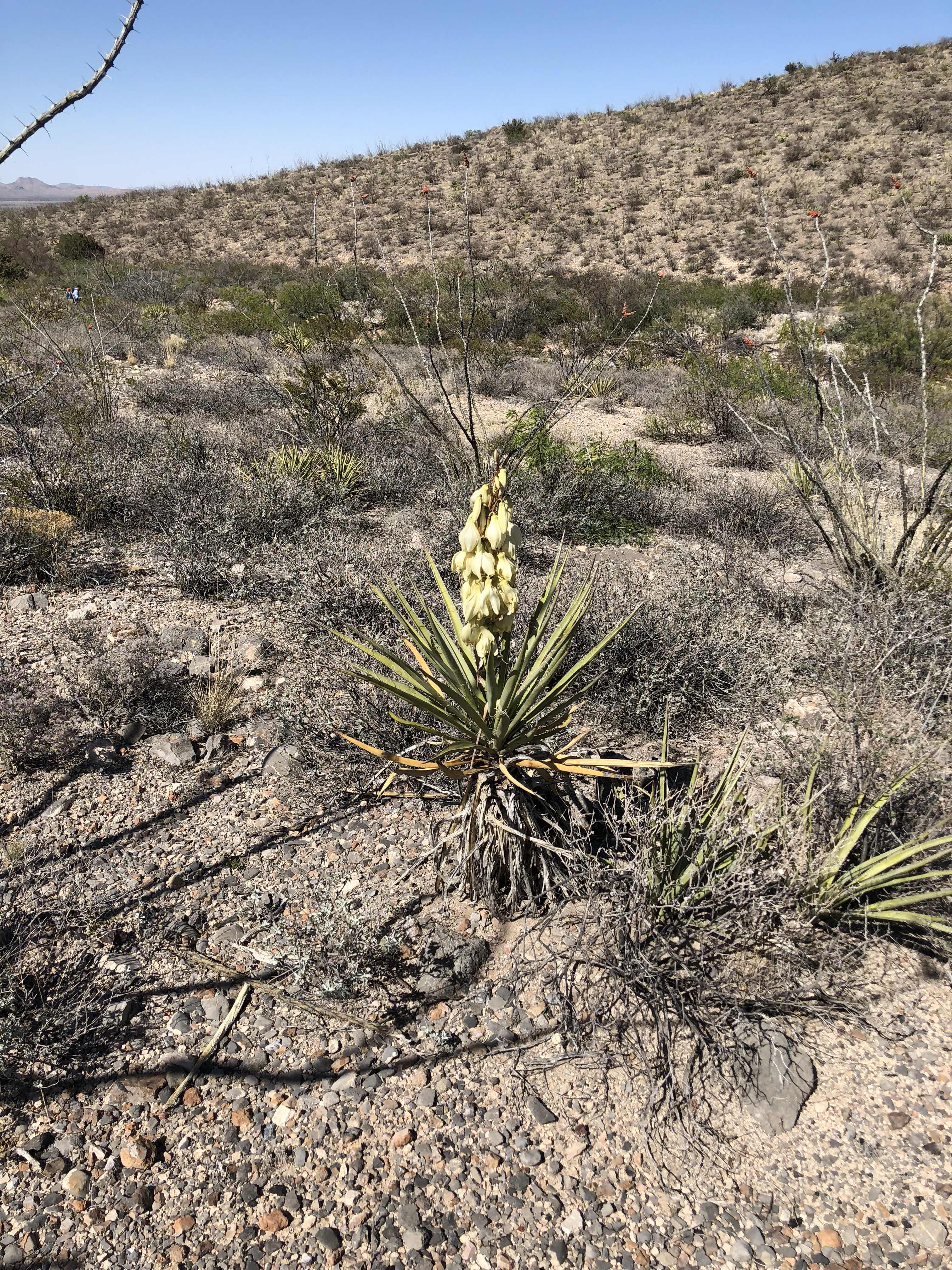 Yucca
All 3 pictures above include pokey, stabby flora 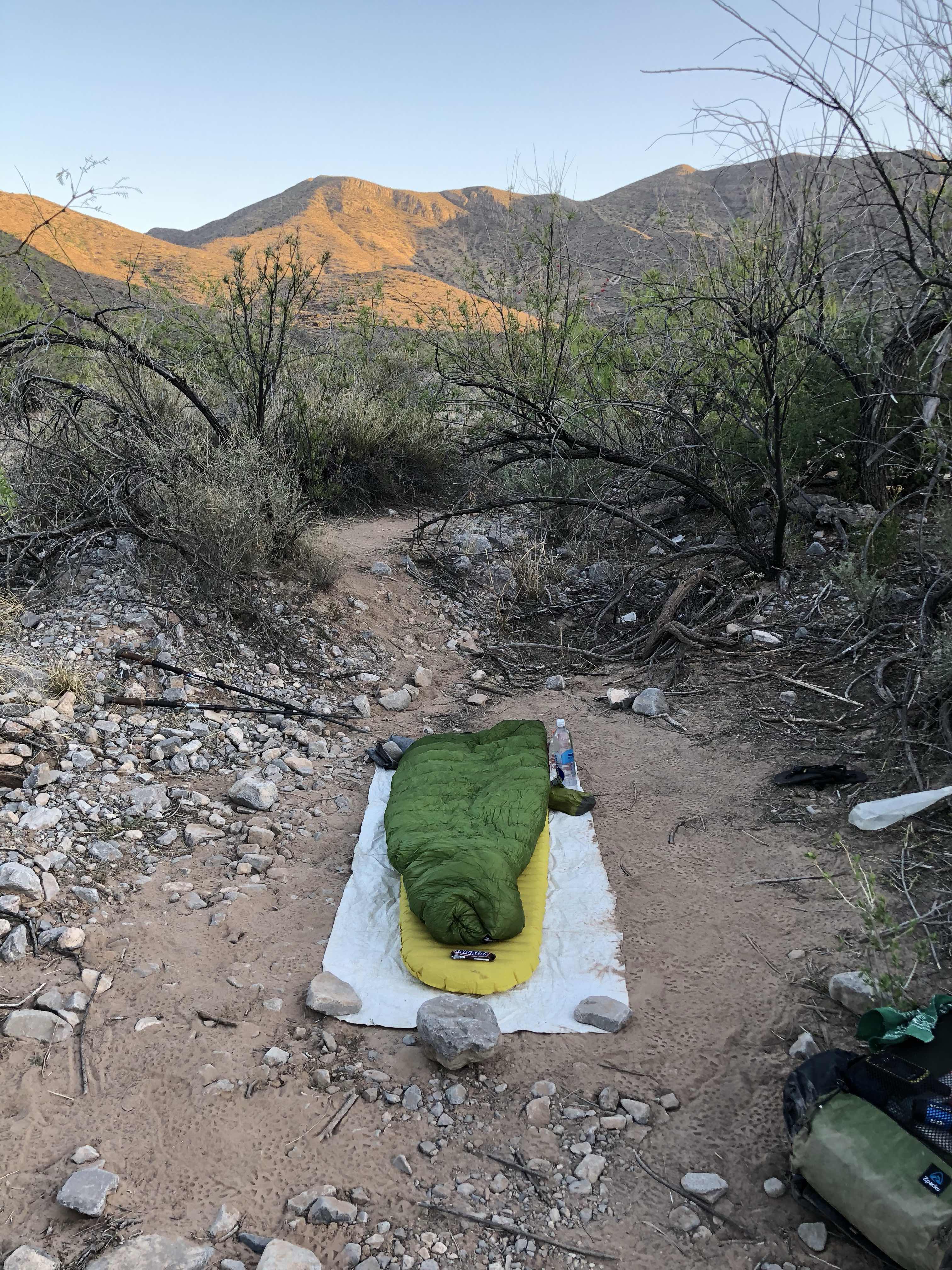 Home sweet home
My quote guy and I decided that since I’m hiking in “Pancho Villa” territory I should start w/ my first paraphrase. When it comes to the much anticipated return of Yoda to the trail and blogosphere let her be like Pancho Villa and say “please don’t let it (start) like this....tell them I said something...” Pancho Villa