Daily up/down: +2,700.8ft/ -874.7ft
Total up/down: +8.026.7/ -6,359
Today was very different. I experienced a lot of varying scenery. When I left town I had zero expectations on what to expect. I didn’t even really have a plan for how far I was going to hike. The only guarantee was that I was going to hike at least 15 miles because that was the first water source out of town. I kind of expected to stop around 18 miles so I could camp at a water source. I got a late start out of town because I ran into someone I knew at McDonalds. I first met Shiloh on the Pct in 2016. Ironically I met him at a McDonalds. We didn’t hike together for very long, but we were around each other for a good period of time and hiked with a lot of the same people. We quickly lost track of time as we chatted away. I didn’t hit the trail until after 8:30. 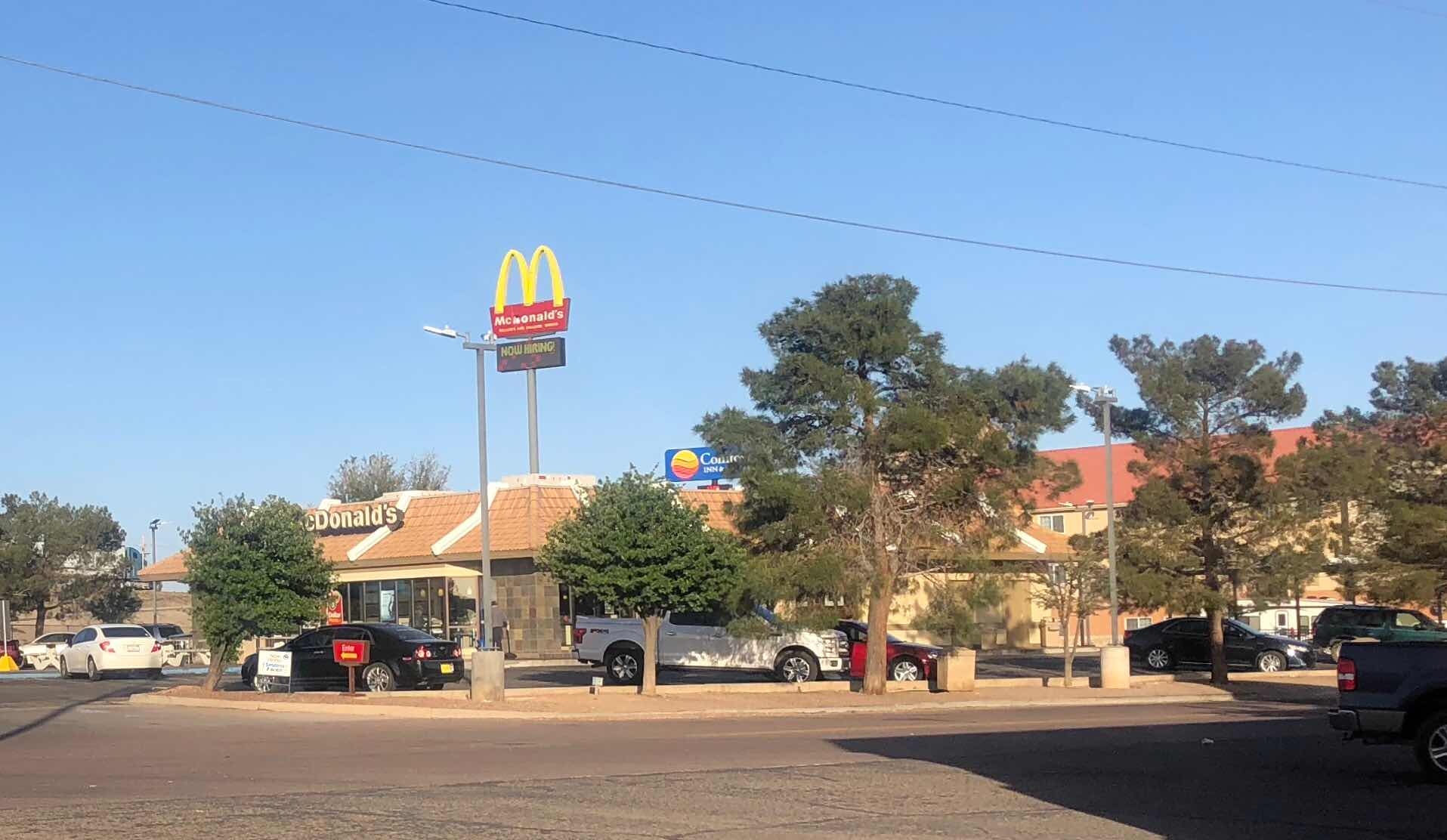 McDonalds in Lordsburg, NM
The day started off with a 3.3 mile road walk. The only good thing about it was it was over quickly. I was also lucky that today was very cool. I think the high was 71 degrees and it was really windy too. I really enjoyed the cooler weather. The first part of my day would have been miserable in the heat. 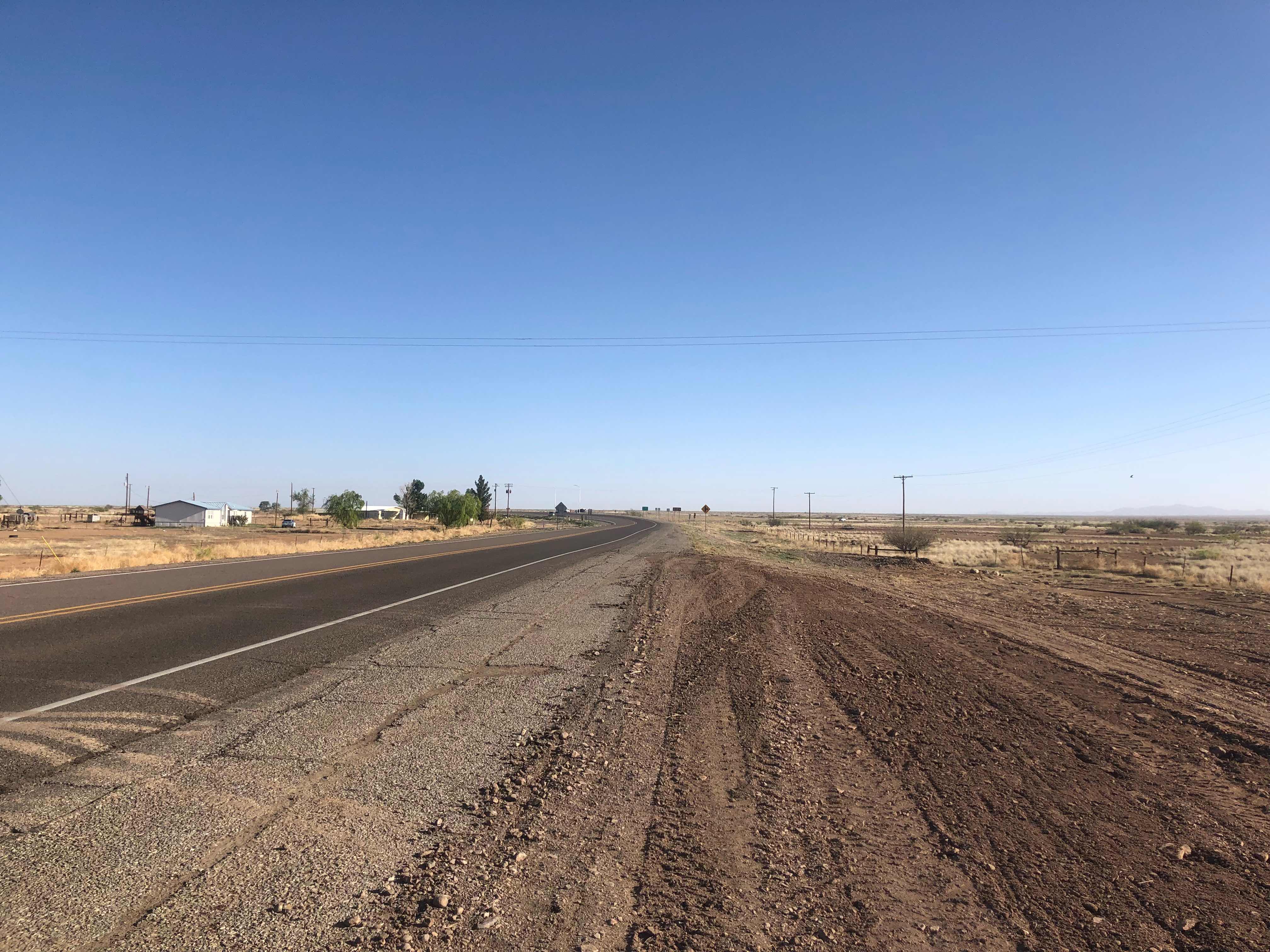 The long and windy road
Once the trail diverted from the road it was mile after mile of cross country hiking. For almost 4 miles I felt like I was on Mars and the route was almost nonexistent. There was no discernible trail, the trail markers themselves randomly looked different, and there were plenty of barbed wire fences to crawl underneath. 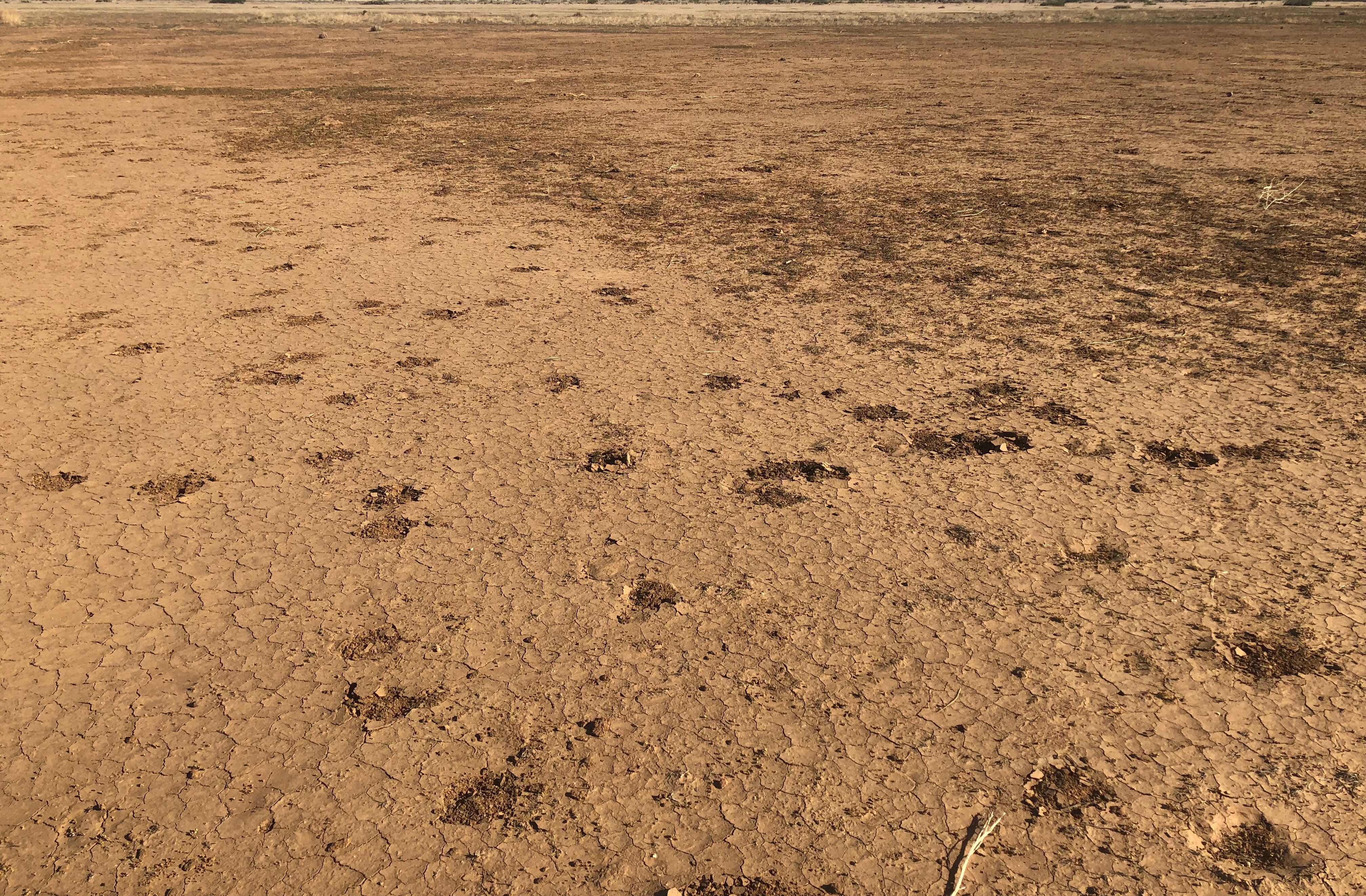 The surface of Mars 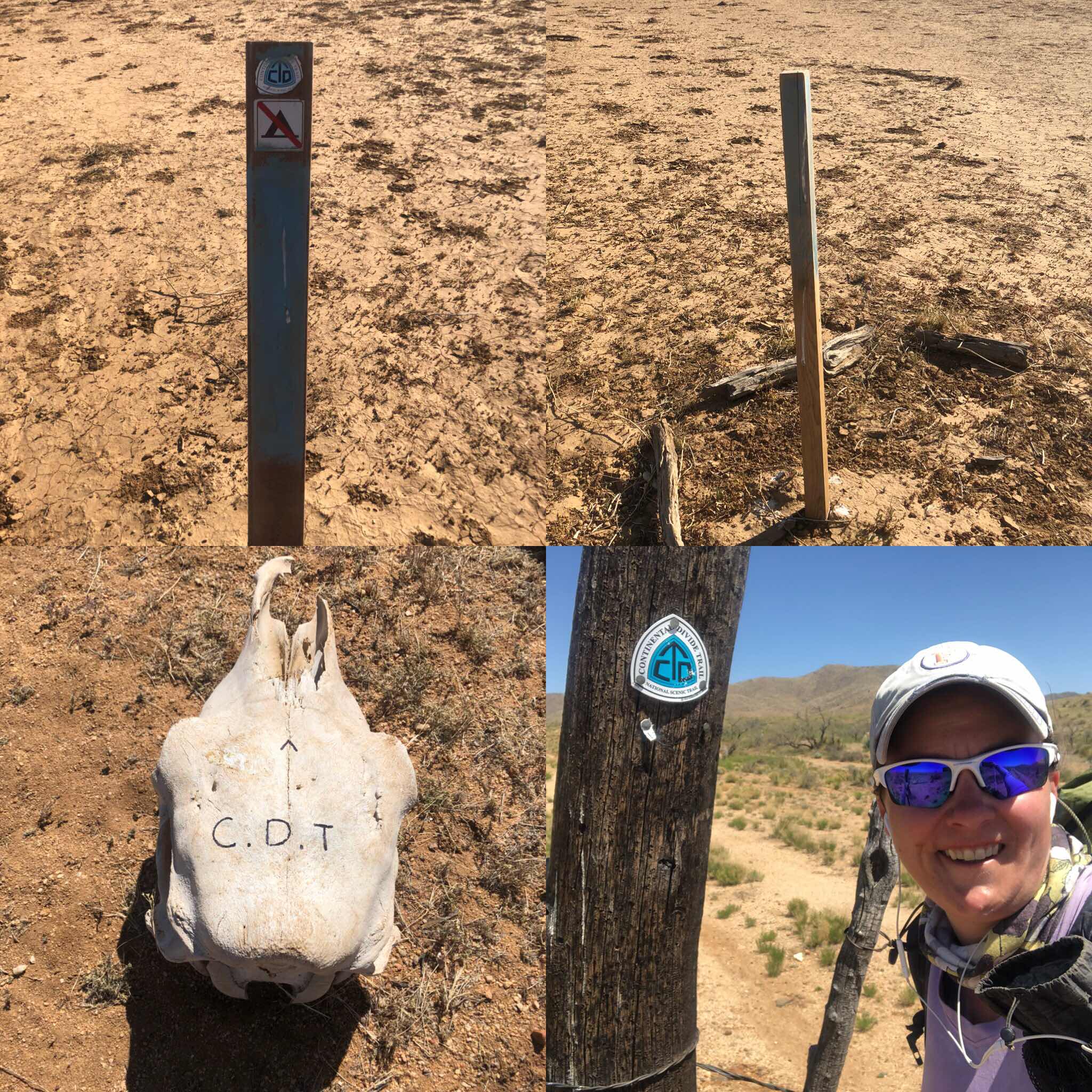 Just a few of the different trail markers
I powered through the cross country as quickly as I possibly could. There were mountains in the distance and I was excited to start hiking in them. I was also stoked to be crossing mile 100. The anticipation of if someone else had made a mile marker was killing me. I knew exactly how I wanted to make the 100 mile mark and I was chomping at the bit to do it. Just as the cross country section ended I hit a long portion of dirt road walking. These roads were constructed of mostly sand. It made for tough hiking and the sand was starting to irritate my feet. I hit a few pretty deep drainage ditches that I had to work my way around. By doing so I found where tumbleweeds go to die in the state of New Mexico. 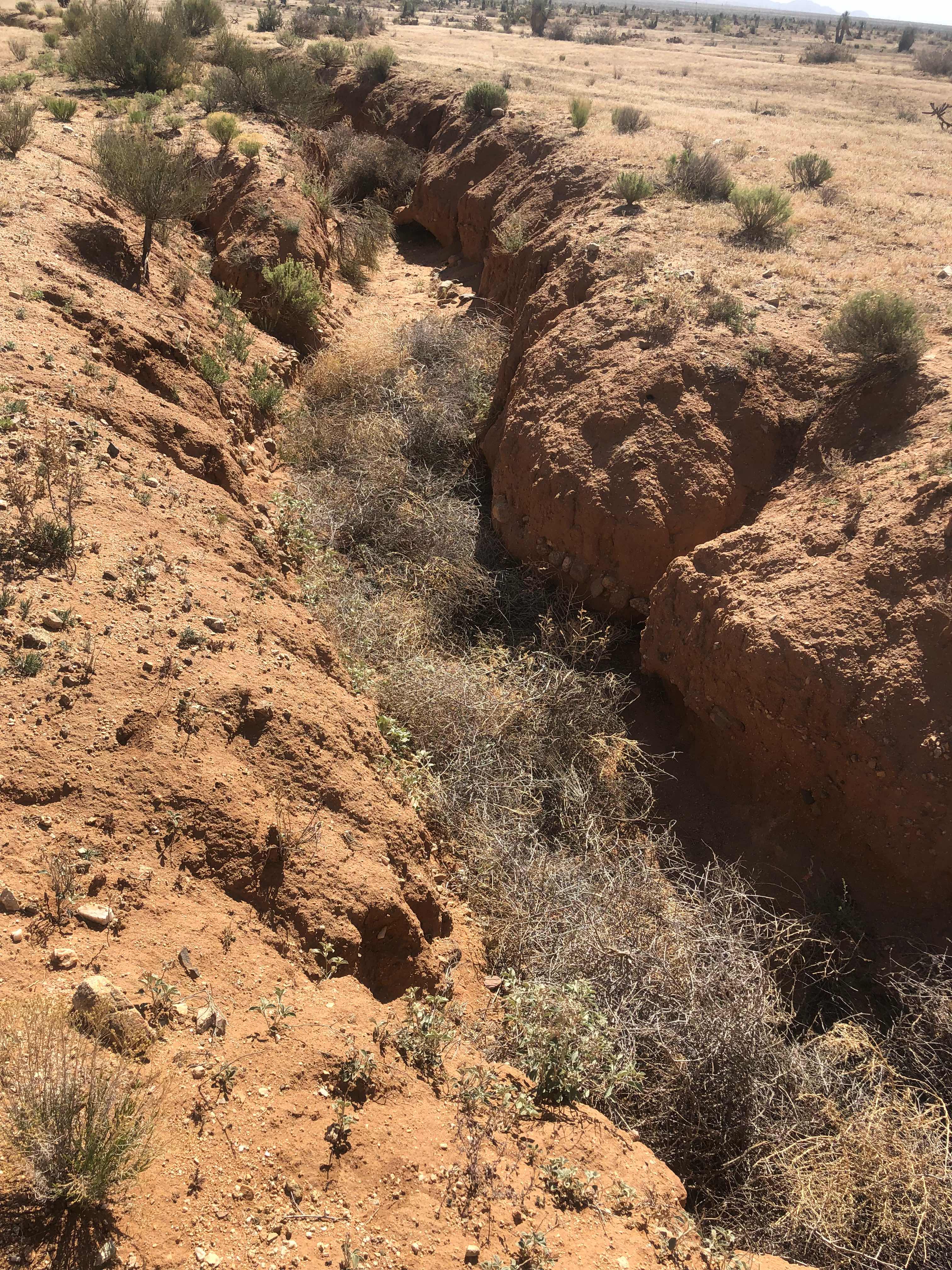 Tumbleweed graveyard
I hiked around a lot of cows today. This was the largest herd I’ve seen so far. There had to be hundreds. I left them alone and they left me alone. The only time they came too close to me was when I hit 100 miles. Nobody else had marked the trail yet, so I got to make my creation. The cows watched on in rising anticipation as I worked. I think this one is my all time favorite. 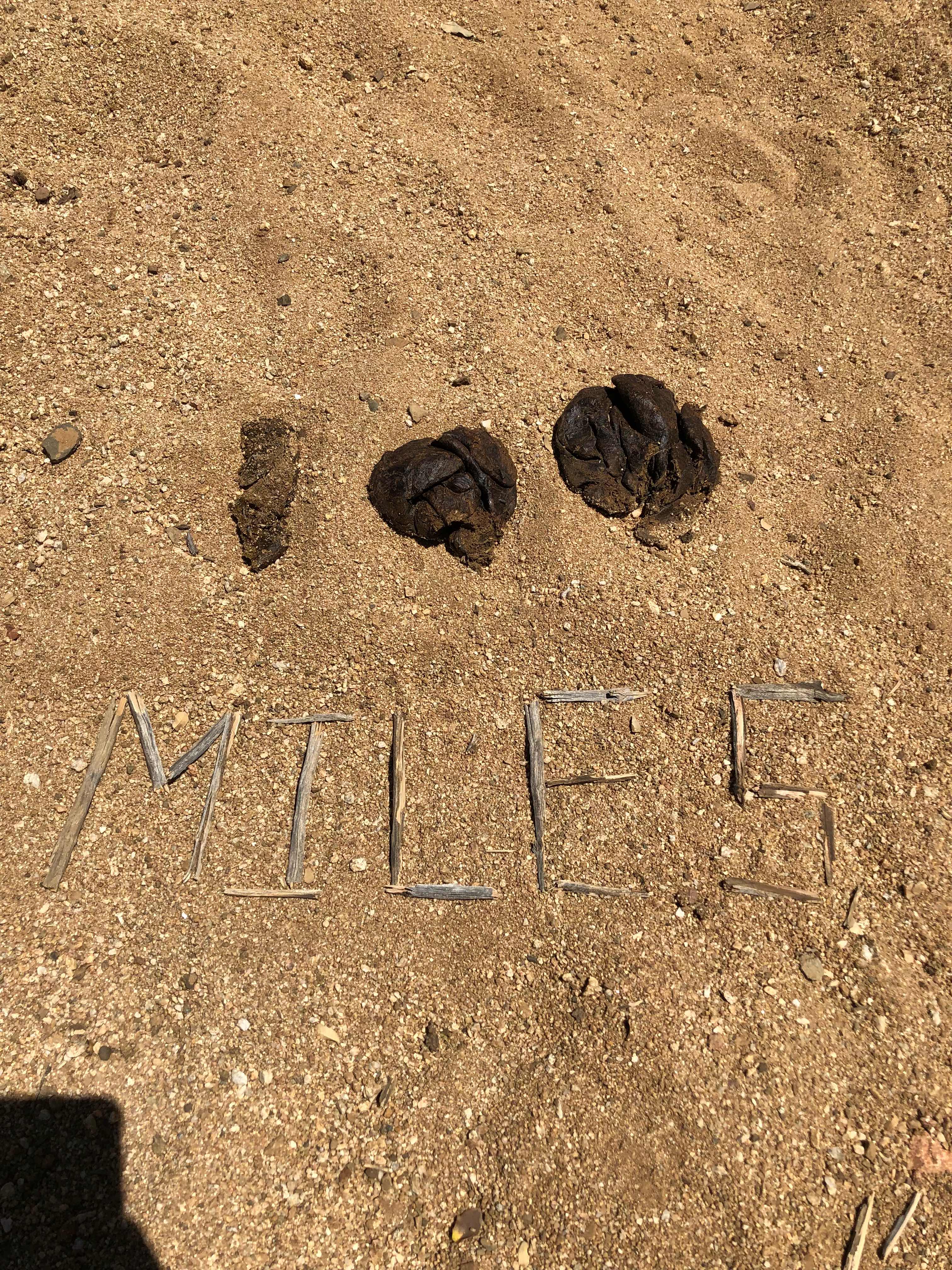 Introducing a mile marker made of cow poop 💩
I thought it was very fitting for the first 100 miles
Just after the 100 mile mark I hit my first water source of the day. It was surrounded by even more cows. As I approached the trough they all ran away. I found a nice suiting log and took a long break. I didn’t really need water yet, but it was only 1 o’clock and I’d already hit my first possible place to camp. There was no way I could stop so early in the day. As I was figuring out my next move, Scott(Turtle) hiked in. I haven’t seen him since we hiked together on day one. We talked for over an hour. We made plans to meet up at the next water source and I hiked on. I finally came up with a plan for where I was going to camp. Since it was only 5-7 miles away I decided to slow down and take lots of breaks.
The hike to the next water went by quickly. The scenery was starting to change. It began to remind me of hiking in SoCal on the pct. It really had a high desert feel to it. Then I checked my elevation and saw that I was in fact in the high desert. I had climbed close to 2,000 feet since leaving Lordsburg.
The next water source was a windmill well. The whole setup thrilled me. I have passed by quite a few of these in the trail, but this is the first I have used. I found the whole setup up curious and ingenious. What a great way to pull water out of a well 100 yards below ground. 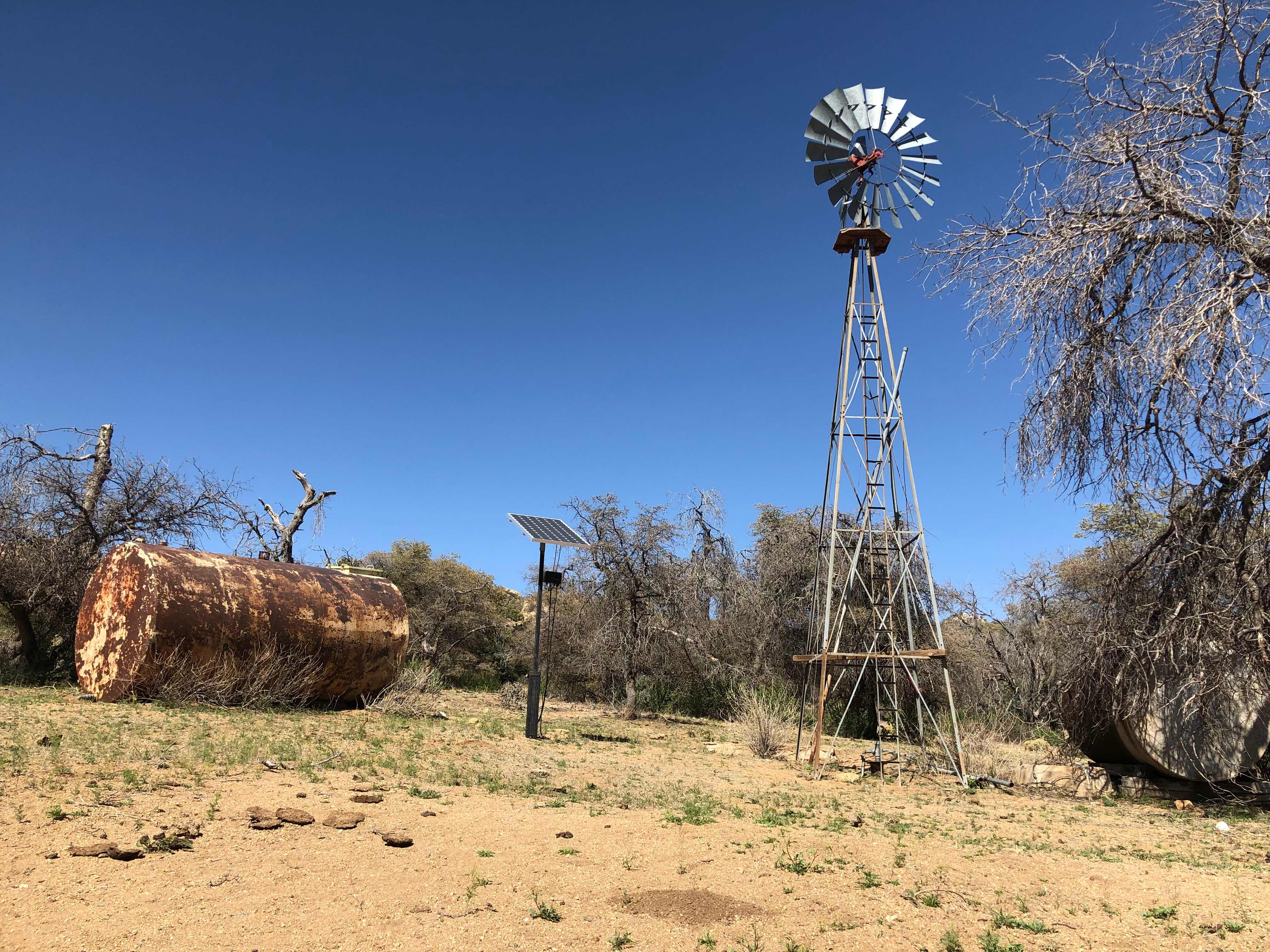 Co-op Windmill Well
Shortly after I got my water, Scott turned up. We talked for another long period of time before heading out. I noticed that we would climb another few thousand feet in elevation and I was eager to get started. I’m dry camping tonight and I wasn’t looking forward to carrying extra water uphill for a few hours. All of a sudden the scenery really changed and I stopped thinking about how much water weighs. I had crossed into the Gila River National Forest. For the first time in over 100 miles I began to hike on proper maintained trail. Oh, and there were trees. Real actual trees. I was in heaven. 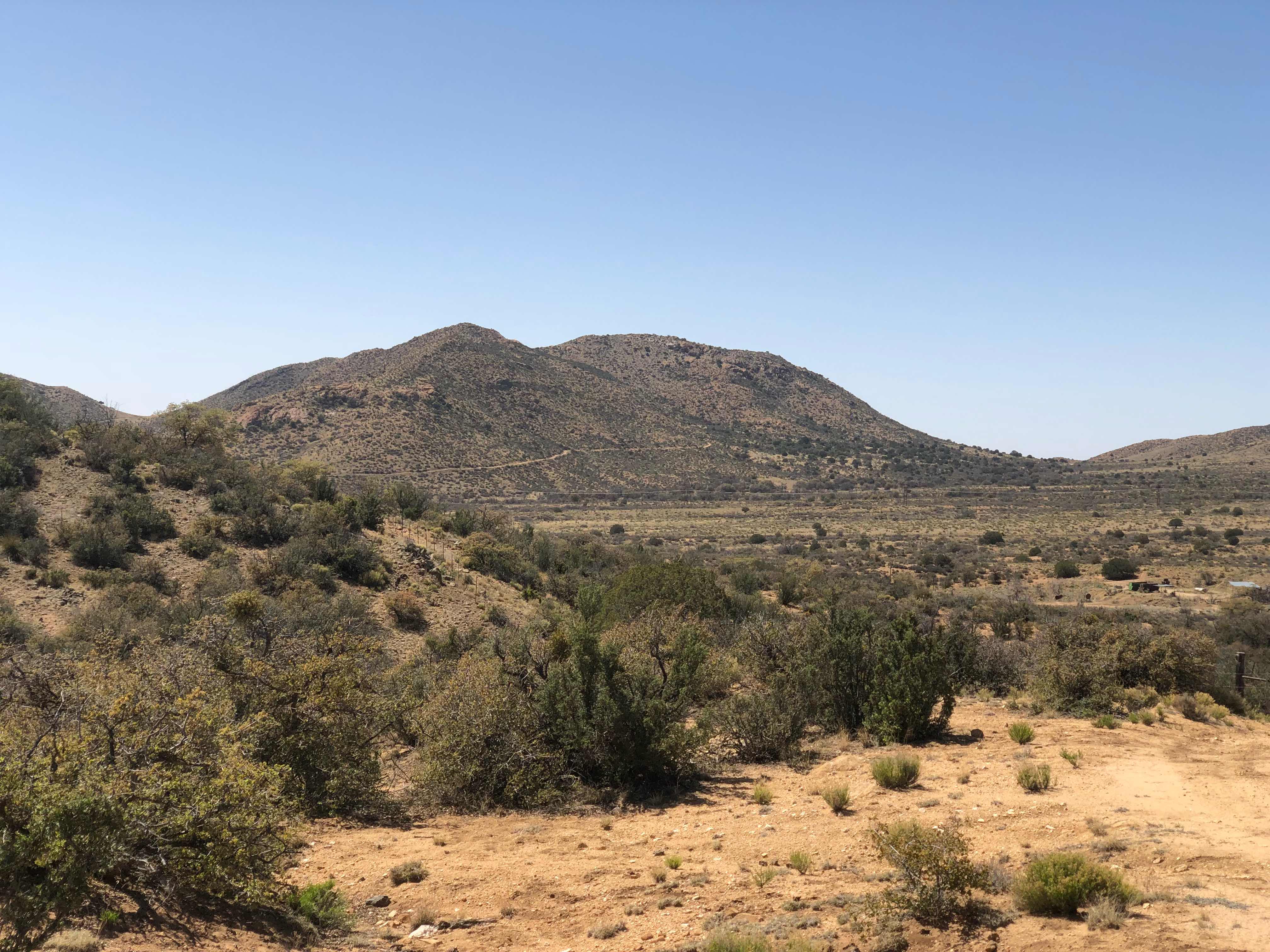 Shifting into the high desert 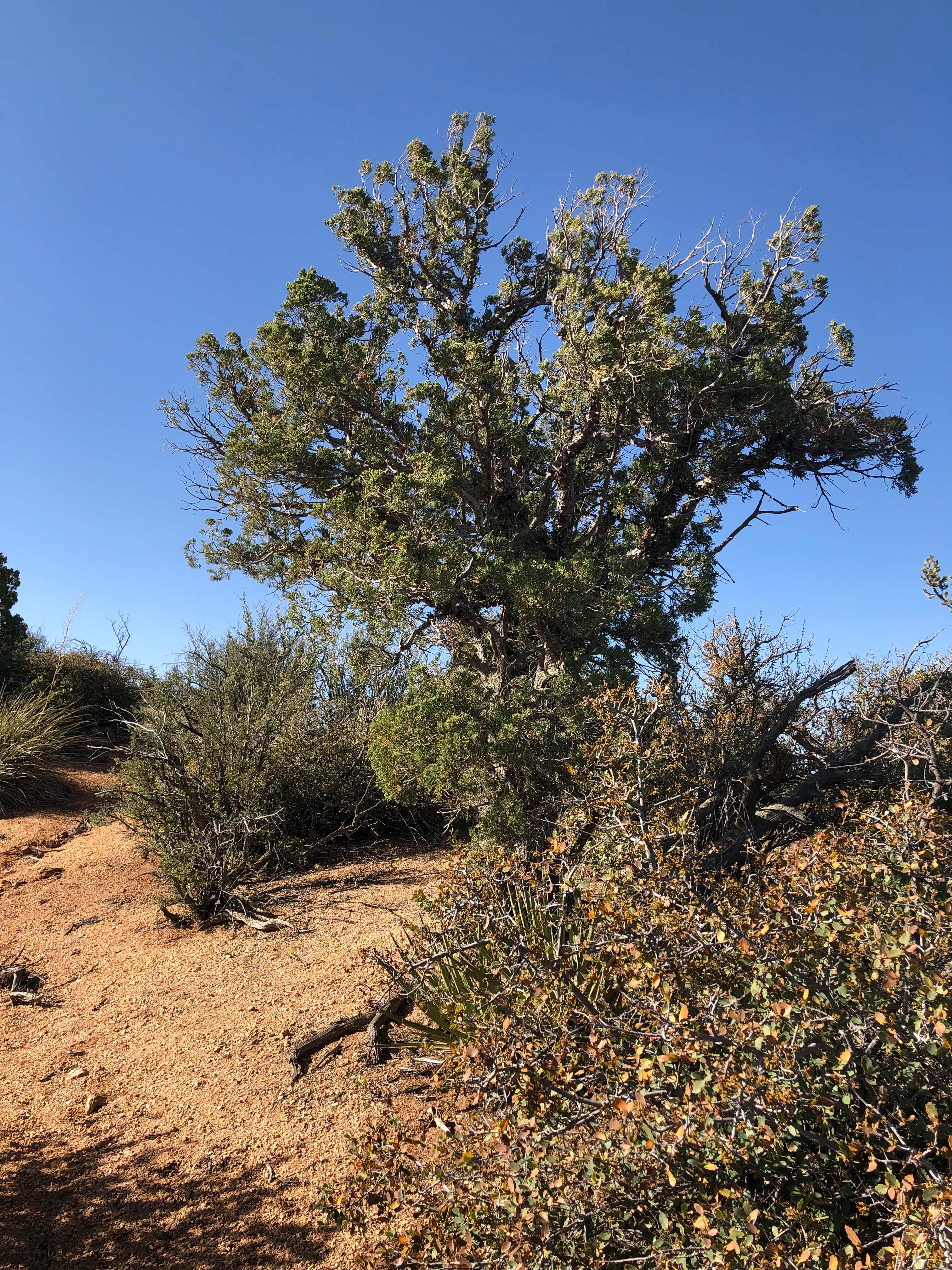 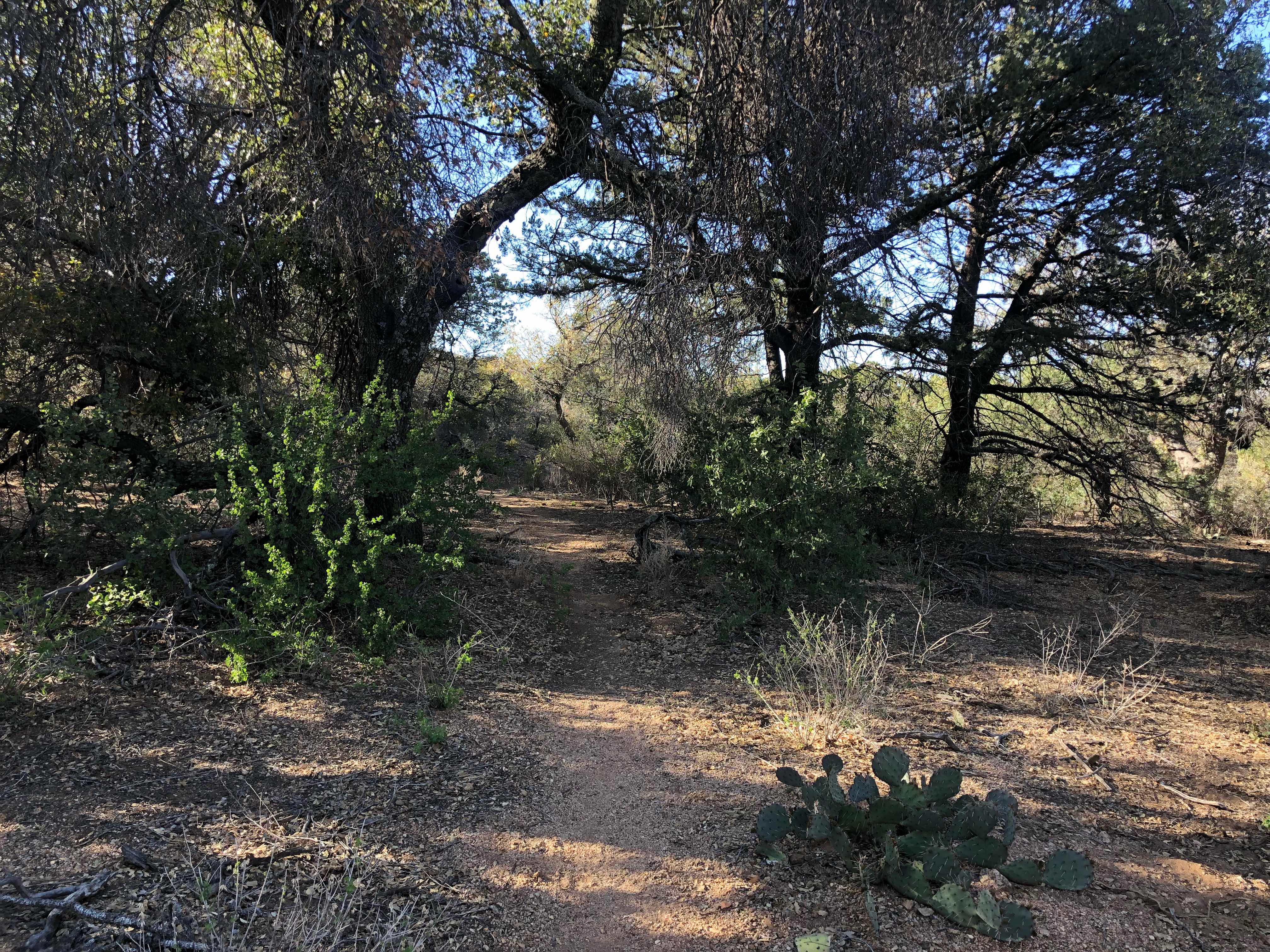 Real trail and trees(Still not convinced that I died and went to heaven
With this abrupt change I am super stoked to start hiking in the Gila in a few days. I’ll even hike past the Gila cave dwellings. This trail is starting to get interesting. Tomorrow should be an awesome day. I made camp a little earlier than planned because I found a spot with great cell reception, a break from the wind, and a perfect sitting stump(really starting to feel like I died. This is too good to be true). Since the low is around 35 degrees tonight with a 14mph wind chill I decided to break out my tent. I haven’t set this thing up since my Utah road trip last spring. It feels weird to be confined to a tent. I really enjoy cowboy camping, but the tent should keep me a little warmer tonight. 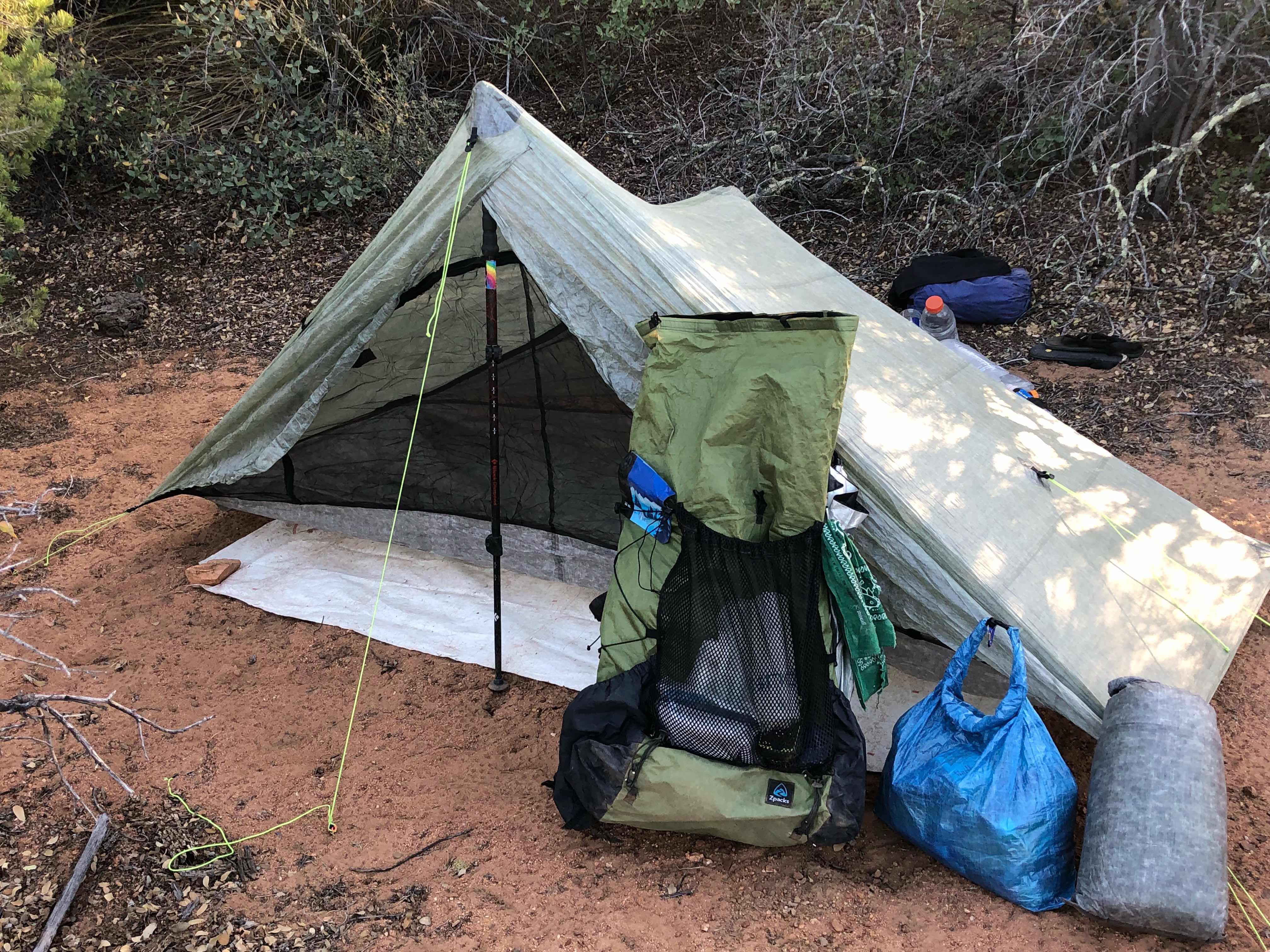 All of my Zpacks gear 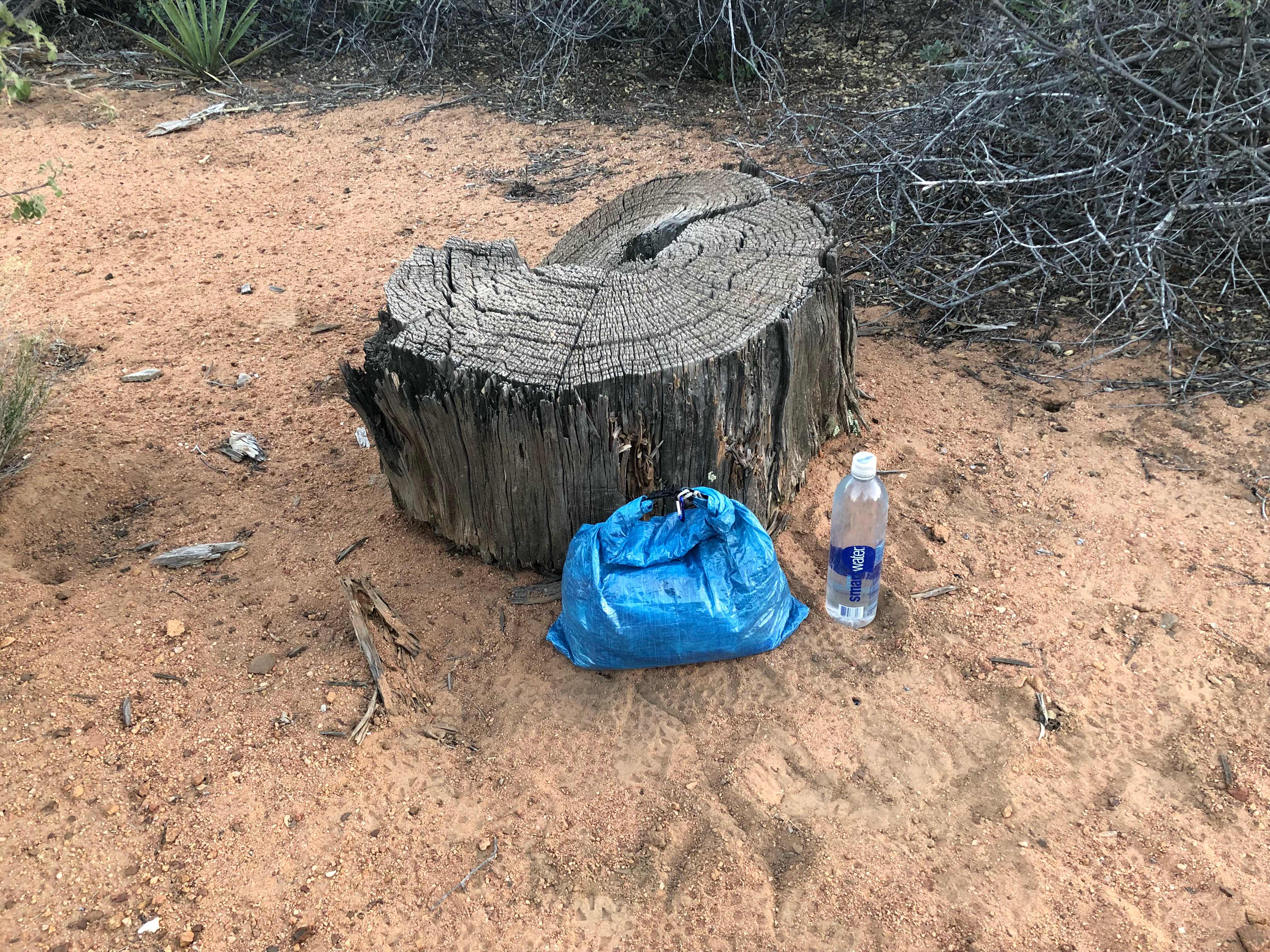