Day 32- To Infinity and Beyond 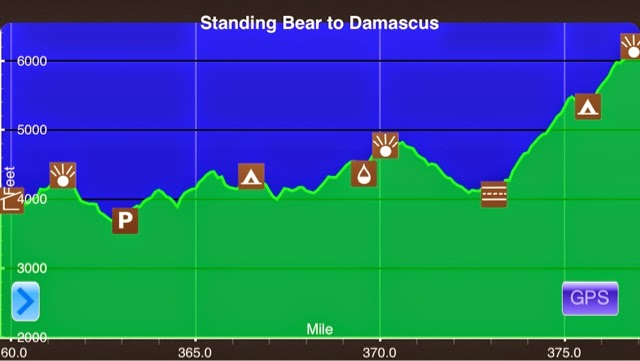 Last night was only the second time in over a month that I've slept through the night. There was no wind and it wasn't too cold either. I got up around 7, and was on the trail by 8:30. Today was a frustrating mix of going up several hundred feet, only to go back down several hundred feet. It was frustrating because the end of today was a 2,000 foot climb and every time we gained a little bit if elevation we turned around and lost it. I spent the day flipping flopping with, Pysch, Cherokee, Anchor, Cyborg, and Stealth Bomber. We all stopped at the same shelter for lunch. We had hiked 9.3 miles in just over 3 hours, so we were all feeling pretty good about ourselves. The weather was a little on the warm side and I had passed by a few water sources because the shelter had water there. What I failed to notice was the water source was .2 miles downhill from the shelter. Since it was so far away I offered to get water for everyone. I ended up having to carry 5L of water back uphill. It was not fun.
Shortly after leaving the shelter I came to Little Rock Knob, I got a great view of the mountains and it wasn't that hard of a climb. 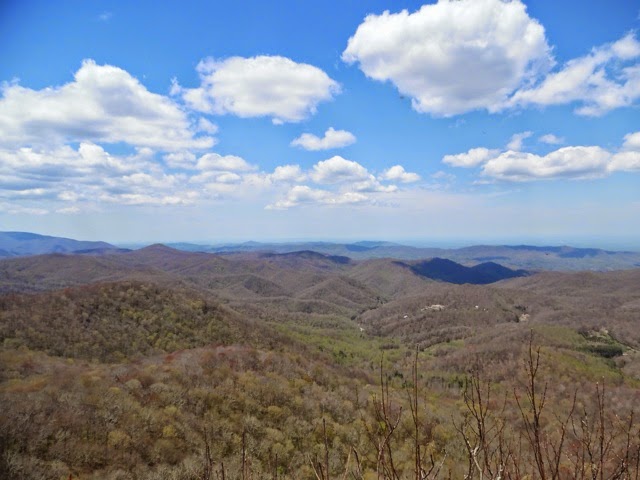 Little Rock Knob
After Little Rock the trail had a steep decent down to 4,000 feet. Which meant we had a 2,000 foot climb to end the day. My legs were already worn out from all of the other climbs, but my feet have been holding up well. I've had no blisters,  only a few hot spots from the new shoes. I'm happy to report that they are working out very well. I just hope they last longer than the Brooks Cascadias.
The first half of the 2,000 foot climb wasn't too bad. It was a gradual up with lots of switchbacks. The second half was more difficult on my legs. There was lots of rocks to step up on, so it was like 2.2 miles on a step climber. 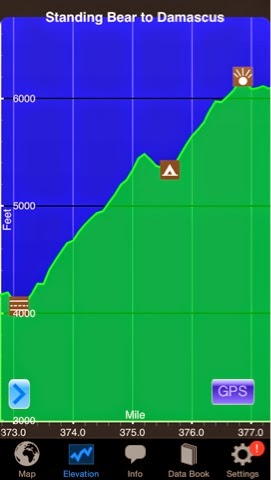 Second Half of Climb 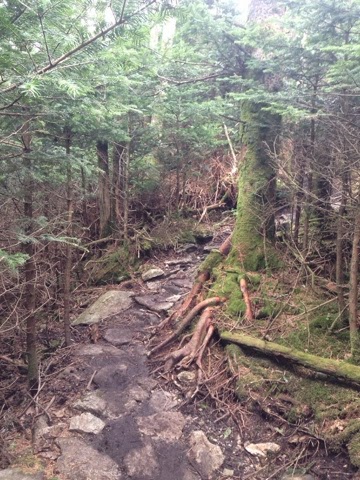 Terrain of Roan Mountain
Roan Mountain used to have a hotel at the top. All that's left now are ruins. 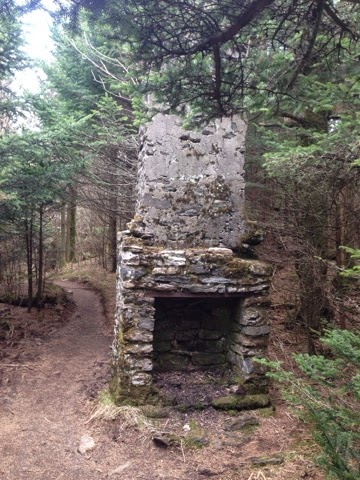 Chimney of Cloudland Hotel Site
Three nights ago there was snow at the top of Roan Mountain. The same thunder and lightning storm I was stuck in before Erwin, dumped 2 inches of snow there. 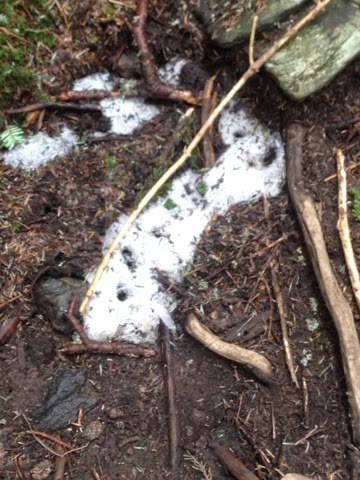 Remnants of Snow
I was glad I had to slow down because of my new shoes, or I would have been stuck in the snow.
Roan Mountain Shelter is the highest Shelter on the entire AT. We are camped at 6,200 feet. I'm hoping it doesn't get too cold tonight, but I think that's just wishful thinking. I was planning on going over Roan Mt. and camping at a lower elevation, but I didn't have the energy to go any further. The guidebook didn't show any more camp spots close by and the terrain looked like more steep ups and downs, so I stayed put. I'm camped tonight with Cyborg, Stealth Bomber, Airlock, Cherokee, and Piper. There is another group that is getting ready to leave. Since it's a full moon they're going to night hike. More power to them, it's only 7:45 and I'm ready for bed. Hopefully I stay warm and sleep through the night again. I'll probably hike another 17 miles tomorrow. Any shorter and I finish too early in the day and any longer and I feel horrible. 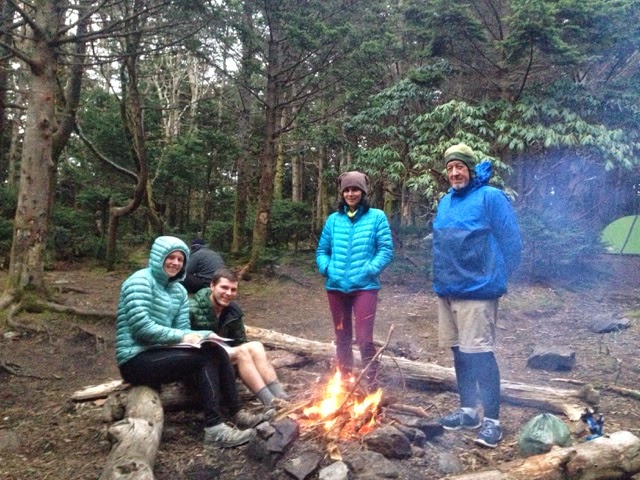 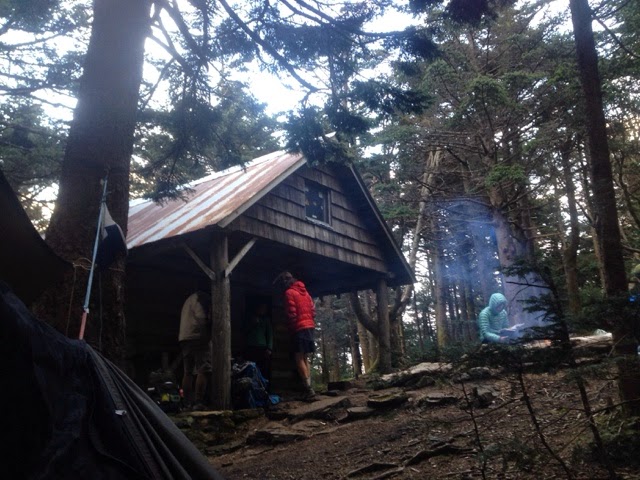 Roan High a Knob Shelter. Highest shelter on the AT 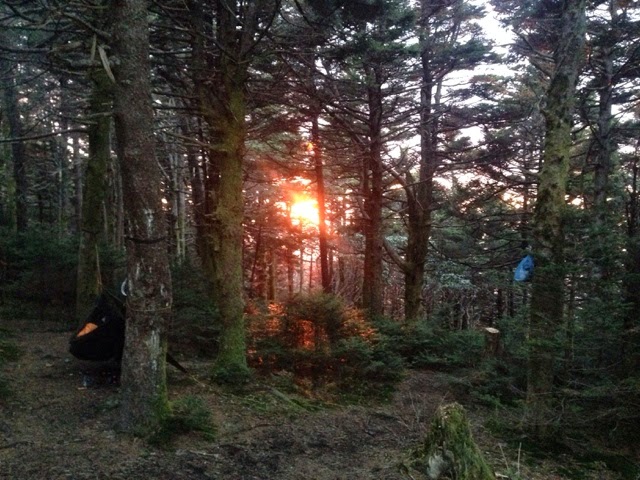 Sunset
"There's no blank spots on the map anymore, anywhere on earth. If you want a blank spot on the map you outta leave the map behind"- Christopher McCandless
Posted by Yoda at 11:24 AM