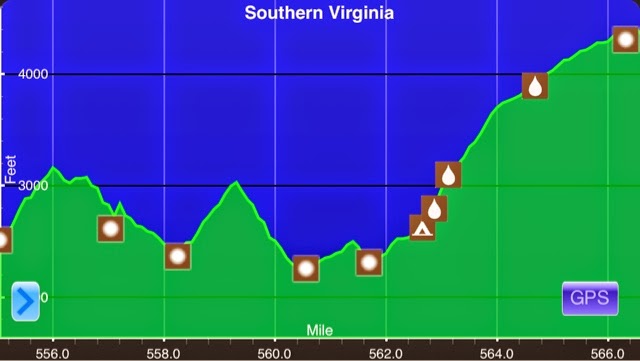 Once again I find myself loaded down with too much food. Sometimes I feel more like a beast of burden than a thru-hiker. I usually have the option to go into town to resupply every few days, but I've been doing five day resupplies. Going into town is expensive and I get anxious about how I'll get around town. By going less often I have to carry more weight, but it's cuts down on expenses and my anxiety. I left Cherokee's house this morning carrying more weight than ever before. 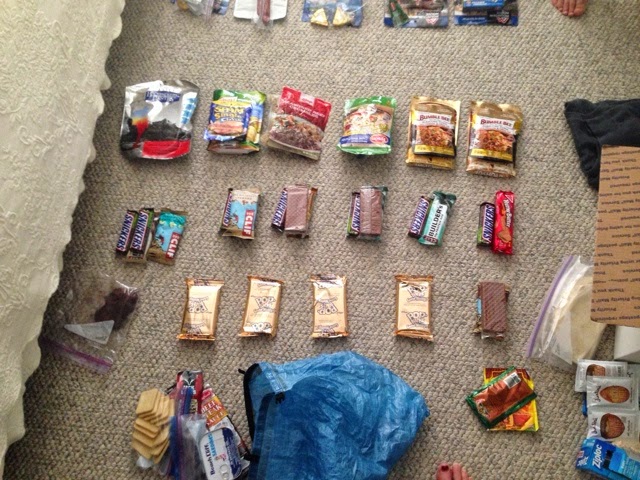 5.5 Days of Food(14 lbs)
Sharon cooked us an amazing breakfast with French toast and bacon; my two favorite breakfast items. Cherokee stopped at a gas station on the way to the trail and it had a Dairy Queen. I couldn't resist getting a peanut butter milkshake even though I wasn't hungry and it was 10:00 in the morning.
It was sad to say our goodbyes. Cherokee has been a great friend and I look forward to seeing him and Sharon again in the future.
Airlock and I decided to keep our mileage low today. I didn't need a nero or zero, but I definitely felt like a low mileage day was in order. Also, the terrain just plain sucked. We had a really steep climb to start the day and both of our packs were heavier than usual. About 10 minutes into the climb I decided the milkshake was a horrible idea. I almost puked after 30 minutes.
We stopped at the first shelter we came to, Knot Maul Shelter. We signed the shelter journal and quickly moved on. A few miles later we stopped to have lunch. I still wasn't hungry, but I ate a snickers and forced down a liter of water. I always forget to rehydrate in town and as a result feel like crap the next day, today was no exception. After hydrating properly, I immediately felt better. The next few miles weren't that difficult.
Eventually we came across a footbridge with a big stream running under it. Today was very hot and humid, so we decided to take a break and soak our feet. Man, what a treat. It was nice to take the opportunity to stop and smell the roses. I ate a quick lunch and Airlock put a wrapped snickers bar in the stream to cool it down(genius). 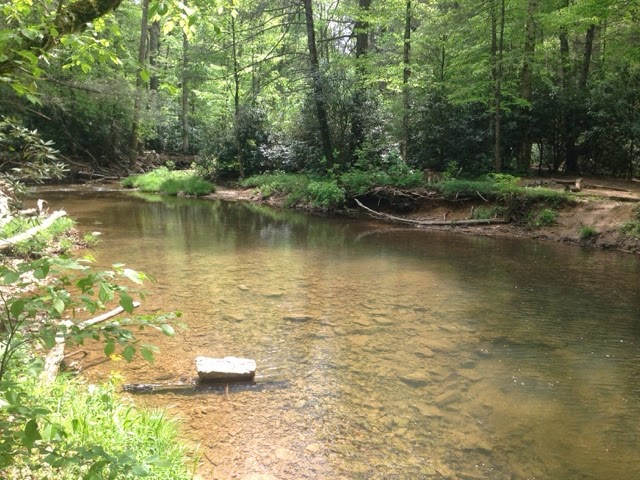 Rock we sat on to ice down our sore feet
After or leisurely break the fun really began, 4.5 miles all of which were uphill
:-( 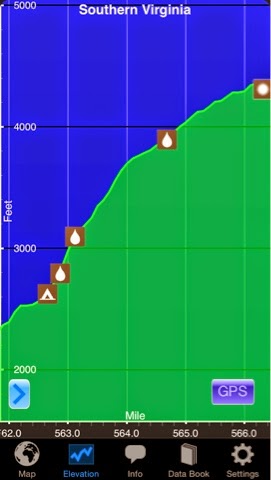 Ugh
The shelter we were staying at didn't have a water source, so we had to carry 3L of water the last two miles. 3L weighs 6.6 lbs, by this point I was not moving very fast and rain clouds were blowing in. Airlock took the lead and I mindlessly followed. We managed to beat the rain, but just barely. 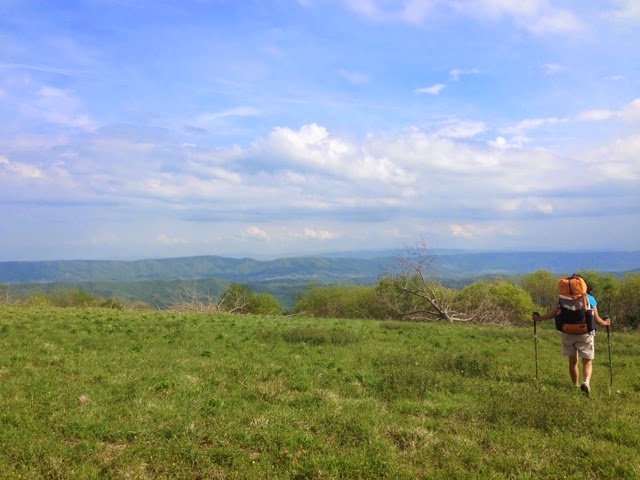 Nice view on top of the ridge 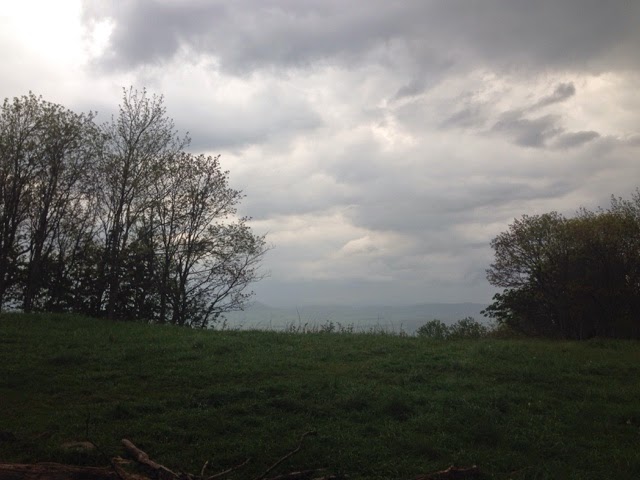 Ominous Clouds
The shelter we are camped by was an old fire wardens cabin that the ATC converted into a shelter. It's one of the nicest shelters I have seen so far. It has 4 walls, a door, and a bench to cook on inside. 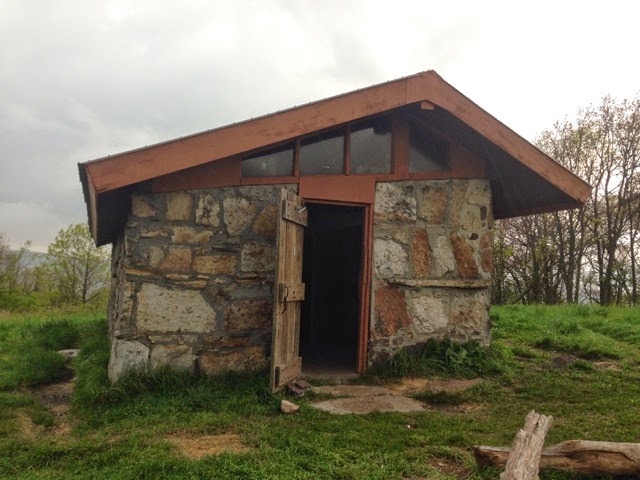 Pure Luxury
Hopefully the storm passes through overnight. The shelter has an amazing view, but I couldn't get a picture before the weather moved in. I'll try again in the morning. More rain is forecasted tomorrow, but the temperature should be warm enough that it won't be a problem.
I'm really behind on responding to people's comments. I'm hoping to get caught up soon. I do appreciate the support, so thanks to everyone that comments.
"The most authentic thing about us is our capacity to create, to overcome, to endure, to transform, to love and to be greater than our suffering." -Ben Okri
Posted by Yoda at 7:29 PM