Day 123- It Was Bound To Happen Eventually 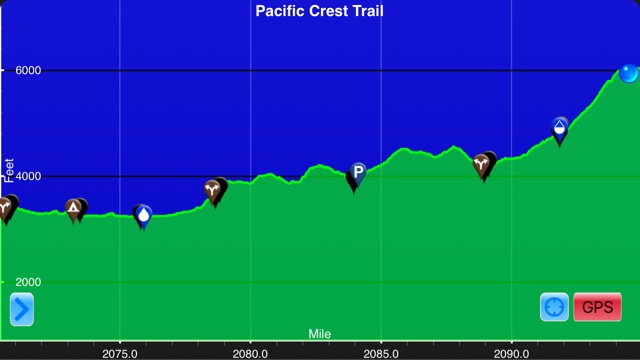 Total up/down: +4,112/-1,414 feet
I was really excited to start hiking this morning. I was really looking forward to getting to Timberline Lodge. It is a really historic building with a great view of Mt. Hood. It rained almost all night and it was still raining when I woke up this morning. I went back to sleep for half an hour, hoping that when I woke up again the rain would have stopped. The force was with me again, the rain had indeed stopped. The nice thing about cuben fiber is that it doesn't absorb water. I still had to pack up a wet tent, but it wasn't soaking wet like other tents get.
I hiked past numerous lakes again. The first one I passed by, Timothy Lake, was huge. There were a lot of day hikers in the area. I passed by tons of them. The trail around Timothy Lake was definitely "tourist grade". It was very wide and flat. 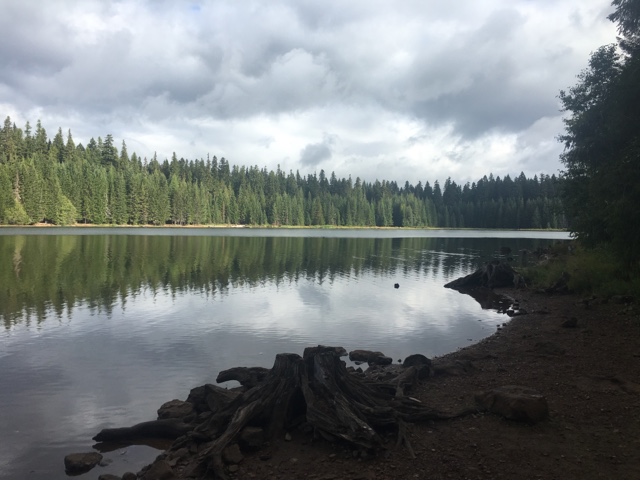 Small section of Timothy Lake
A few miles later I came across a side trail to Little Crater Lake. I was intrigued by this so I hiked the quarter mile side trail to check it out. It was more of a pond than a lake, but it was really cool. The water was crystal clear in some parts and deep blue in others. The lake is 45 feet deep and you could see all the way to the bottom. Unfortunately, my pictures don't do it justice because the light reflecting off of the surface. Supposedly in the middle of the summer the water temperature is still 34 degrees. 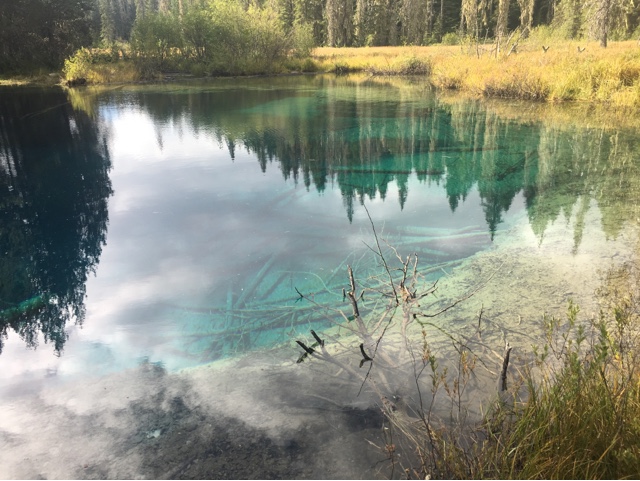 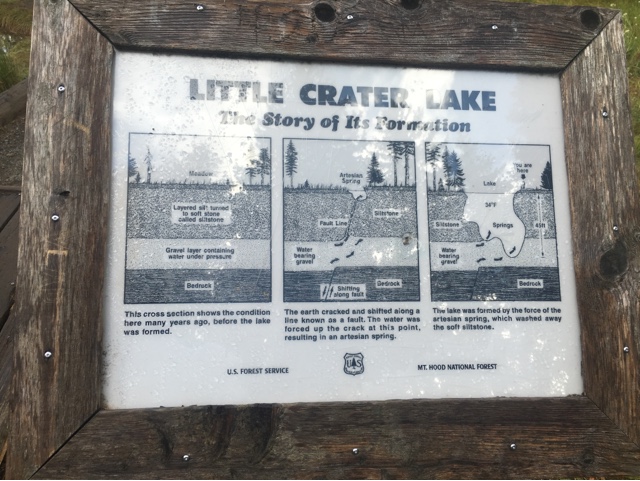 Info on the formation of the lake
At the time I was glad I took this side trip. Later in the day the forty-five minutes that I took there would come back to haunt me. The next twelve miles were like yesterday, flat and easy. I crossed two major highways in those miles. The cars were really flying. I was scared that I was going to get run over. Highway 26 was a nice place to stop for lunch. There were picnic tables, trashcans, and a bathroom. It was also the start of a 2,500 foot climb up to Timberline Lodge. While I was eating lunch it began to sprinkle. It had been cold and overcast all morning, but the rain had held off. Instead of warming up as the day progressed, it was getting colder. When I left the highway it was about 44 degrees out. Believe it or not that is really good hiking weather, especially climbing up a big mountain.
I made it about three miles up the mountain before it began to really rain. My major dilemma was if I should put on my rain jacket or not. The problem with hiking uphill in a rain jacket is that it keeps you dry from the rain, but you still get soaked with sweat. I decided to keep hiking and not to put it on. Huge mistake! The temperature kept falling and the rain continued to come down harder. Within a mile I was soaking wet and freezing. I tried picking up the pace, but the last mile and a half was through sand. Ugh, that was exactly what I did not need. Within two minutes the rain changed to sleet, hail, and then snow. I still can't believe that I got snowed on. I really thought that I had a few more weeks before I had to deal with the possibility of snow. Mercifully it was short lived. I made the final push into the lodge in an absolute downpour. Come to think of it, maybe snow would have been better. It would have at least been dryer.
I could barely even see where the lodge was, I was hiking through the clouds. An employee of the lodge directed me through a side entrance. She was really nice. She immediately brought me a towel and showed me to the fireplace. Once I regained some feeling in my fingers and stopped shivering I started to make plans. There was no way that I was going back out into the storm to camp. At this point I didn't care how expensive a room was. I was going to stay indoors. I stumbled up to the front desk to beg for a room. There was a sign there that said they had rooms available. The force was not with me though, the last room had just been booked. I asked if they had booked any rooms for hikers and they said yes, but couldn't give me the room number. I said no problem, I'll just ask around. I went back to the fireplace to come up with a plan B. The front desk clerk called one of the hiker rooms, unbeknownst to me, and told them about me. Within minutes, Starburst, was in the lobby asking me if I wanted floor space in his room. Yes!!!!!
The room was $285 for the night. Starburst and Hamburglar were very excited to add another person to the room. In the end, six of us split the room. Starburst got the twin bed, I shared the queen with Mozart, and Hamburglar, Sterling, and Todd slept on the floor. It was a tiny room, but we made it work. The boys even gave me the first shower. It was glorious. The water was scalding hot and I felt a million times better.
We all went to the bar together and had gourmet pizza and local craft beers. It was the perfect end to a miserable day. I am now more than a little nervous about the weather moving forward. I knew that it would rain on me eventually. Heck, I can't believe that I made it 2,094.4 miles without something like this happening. I just didn't expect freezing temperatures , snow, sleet, and hail this early in September. 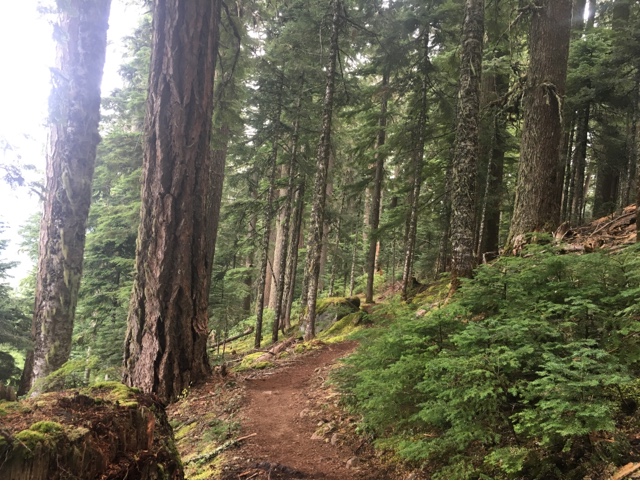 Last picture before the rain began. You can't unlock an iPhone to take a picture when your hands are wet
"When obstacles arise, you change your direction to reach your goal, you do not change your decision to get there.”
~ Zig Ziglar
Posted by Yoda at 1:44 PM