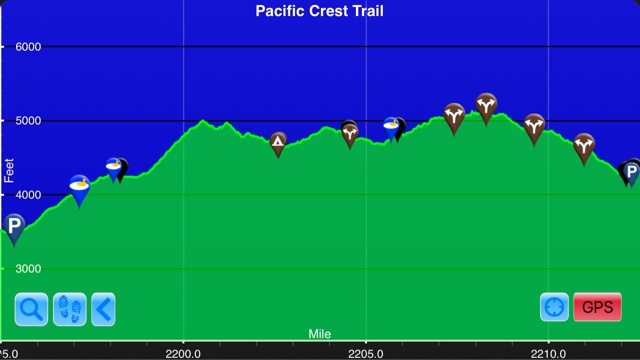 Total up/down: +4,688/-3,190 feet
I'm not exactly sure when I lost my will to get up early. It seems like every morning I'm getting up later. I can't even blame it on not hearing my alarm go off. I heard it alright, I just didn't care. I had planned on hiking thirty-two miles today, but since I didn't leave camp until seven-thirty I knew that that wasn't going to happen. I have done the math and as long as I average nineteen miles per day I will finish by October third. I would like to finish before then, but the third is my finish no later than date. Maybe that has something to do with my later starts. It could also have something to do with the later sunrises. When I wake up at five-thirty it is still dark out, so I go back to sleep. It has been nice the last few days. I haven't felt rushed, like I have to make miles. I have a looser daily plan every day, which means I can take more breaks and I'm enjoying myself more.
Soon after leaving camp this morning I had a great view of the Cascades. It was also the first time in almost a week that the sun was shining early and the sky was clear instead of foggy. 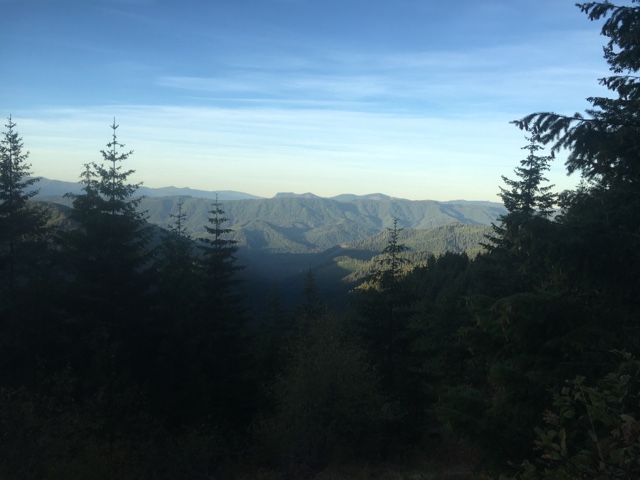 Clear skies
I hiked 4.6 miles before taking my first break. I stopped at mile 2,189.2. This was a significant point for me. Last year it took me 167 days to hike from Georgia to Maine, a total of 2,189.2 miles. I took one extra step after reaching that point. I have now hiked more miles continuously than I ever had before. It was an emotional moment for me. I loved my time on the Appalachian Trail! Looking back on the experience it is easy to gloss over the difficult moments and only remember the good parts. People always ask me what trail I like better. I'm never quite sure how to answer that. Both trails are amazing and have good and bad points. If I was forced to pick one over the other though, I think I'd have to say the AT. I compare the AT to a first love. It is hard to beat first love. It always holds a special place in your heart. Although the views on the PCT are much better. I had planned on making a mile marker for 2,189.2, but in the moment I forgot. 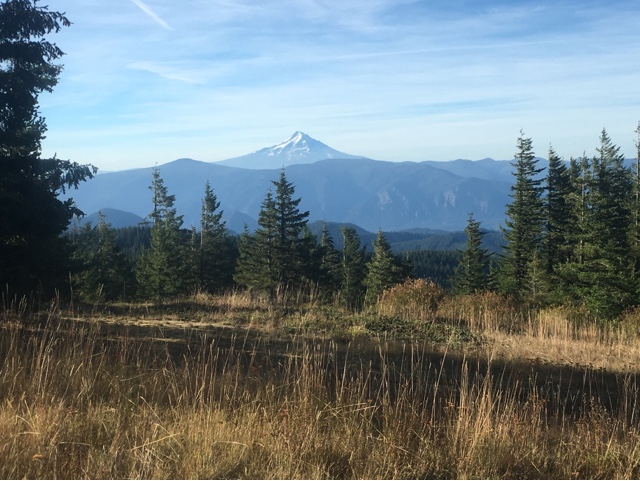 View of Mount Hood from 2,189.4
I spent most of the day thinking about my time on the AT. A random day hiker asked me a few days ago what I have learned about myself while thruhiking? I wasn't sure how to respond. After thinking about it for a few days I have come up with a few things. First of all, I am way tougher than I had ever thought. When I am exhausted and my feet are killing me, I some how find a way to keep going. I have learned that it is ok to fail, as long as I have tried my best that is all that matters. I set daily goals for myself and I don't always achieve those goals, but as long as I tried my hardest then that is ok. I have struggled with self confidence for my entire life. When I'm hiking I feel like I am the best version of myself and that gives me confidence. I'm beginning to learn that not everybody is going to like me and want to be my friend and that is ok. I'm still working on being patient and learning to let things go. Hopefully in the next 437 miles I can have that perfected.
Just before crossing another major milestone, the 2,200 mile mark, I got my first glimpse of Mount Adams. She is another impressive mountain. Immediately after seeing Mount Adams I could see Mount Saint Helens. Most people don't realize that Mount Saint Helens erupted twice in a short period of time. The first and bigger eruption was on May 18, 1980. The second and much smaller eruption occurred on July 22, 1980, the day that I was born. This piece of trivia has always stayed with me. Out of all of Washington's mountains I was the most excited about seeing this one. I hope that in the next few days I will be even closer and have a better view. 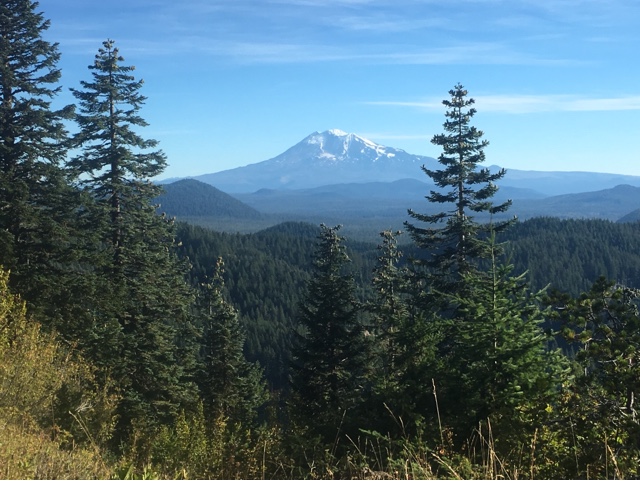 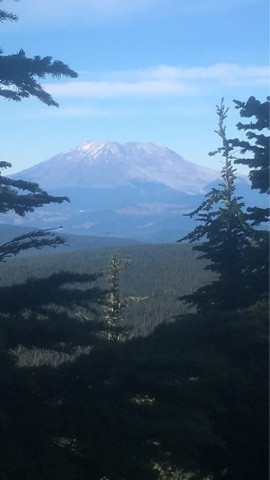 Mount Saint Helens
The first half of my day was all about big mountains, but the second half was all about lakes. Shortly after seeing Mt. Hood, Mt. Adams, and Mt. Saint Helens in rapid succession I hit the 2,200 mile mark. The marker was already made, but it was hard to see. It blended in with its surroundings too much to get a good picture. I added a little Yoda magic to it, but because of the lighting it still didn't photograph well. 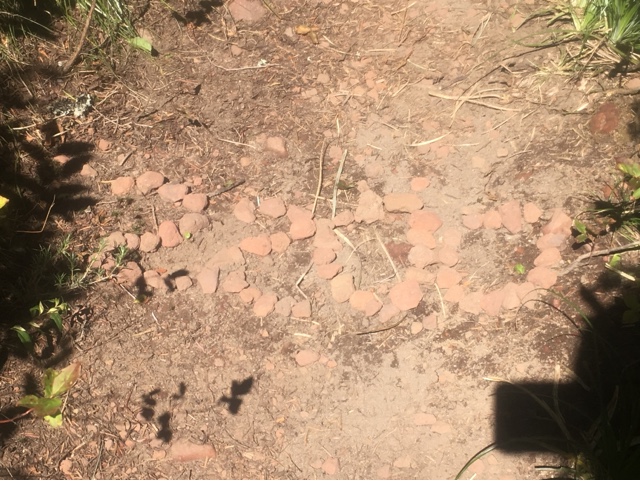 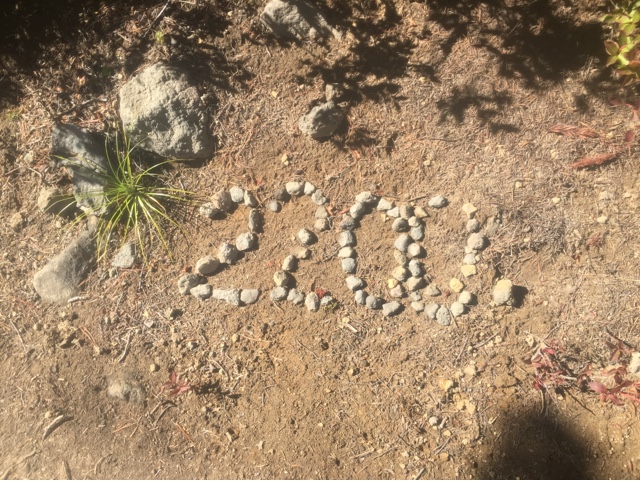 .3 miles later was a better one
The next six miles contained a few beautiful lakes. Unfortunately, it was just breezy enough that couldn't go for a swim. The temperature has been dropping by five o'clock and I didn't want to get soaking wet and be cold all night. I did however take a nice long break next to both lakes. 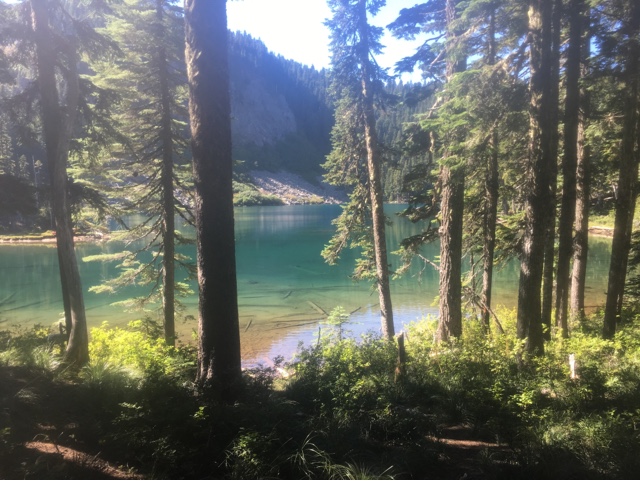 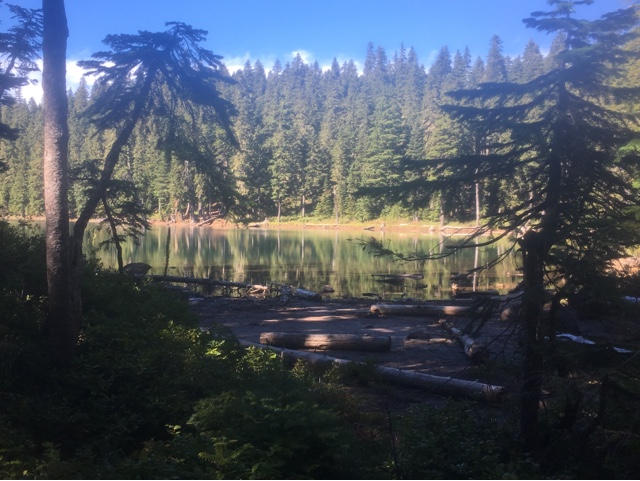 Bear Lake
Tonight was the third night in a row that I've had to dry camp. I carried 3 liters for almost six miles. By the time I called it quits for the day my back and shoulders were very sore. Just before making it into camp I got an even closer view of Mt. Adams. I am super close to her now. I was hoping to find a place to camp where I could see the mountain, but the only place that fit the bill was right next to a paved road and trailhead. I try not to camp too close to where random, non thruhikers congregate. I know that tomorrow I'll have more views of it. 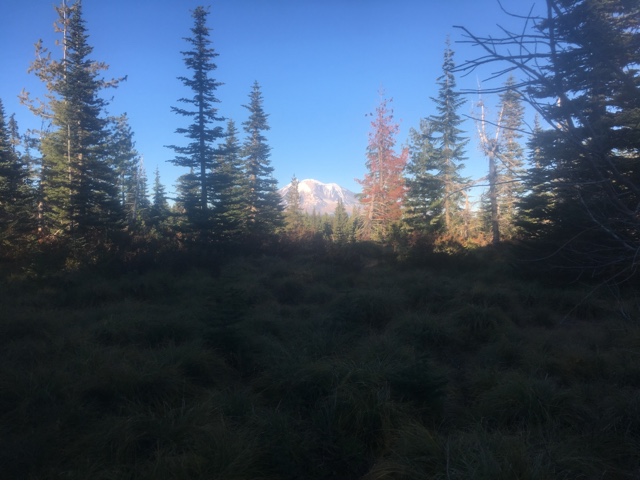 Mt. Adams, again
"Attitude is a little thing that makes a big difference.”
— Winston Churchill
Posted by Yoda at 3:35 PM