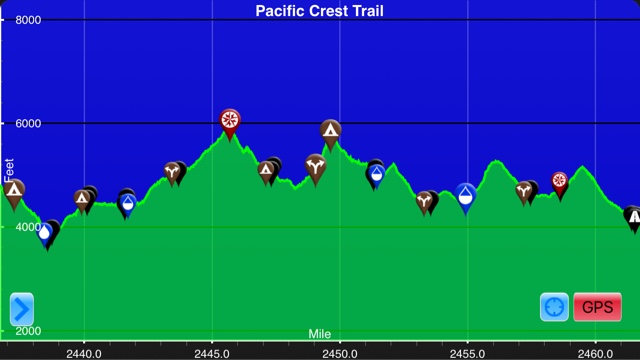 Total up/down: +6,380/-6,916 feet
It was really cold this morning when I woke up. I did not want to get out of my sleeping bag so I didn't. I had breakfast in bed. Usually I drink my breakfast shake as I pack up, but today I stayed in my tent and drank it. I tried to pack up as much as I could from inside my sleeping bag, but eventually I had to abandon the warmth. I wish that I had an uphill climb to start the day off. Those always help me warm up. Instead I had a steep downhill over slippery rocks. It took me forever to hike the first mile and a half. I started the morning off dry, but within twenty minutes my pants and arms were soaked. The trail was extremely wet and there was a lot of brush hanging along the trail. I also had to navigate through and around a large section of downed trees. After a mile and a half I came upon a tricky stream crossing. My Guthook guide described it as the most fun water crossing of the trail. I didn't think it was all that special. I slowly picked my way across without incident. 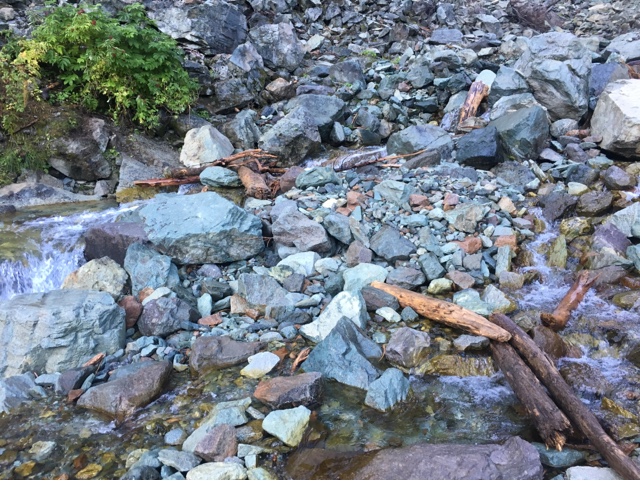 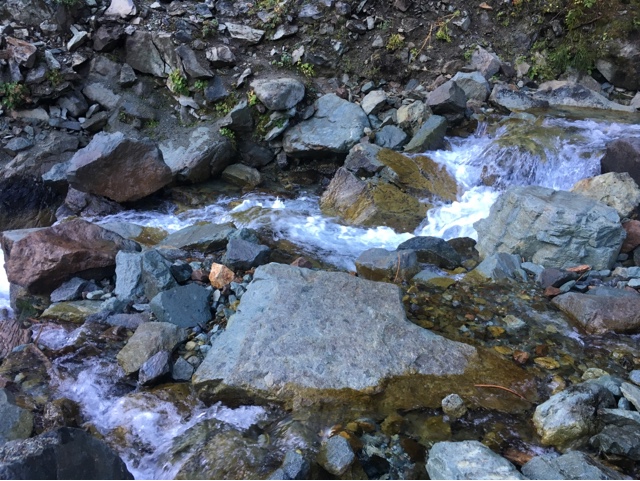 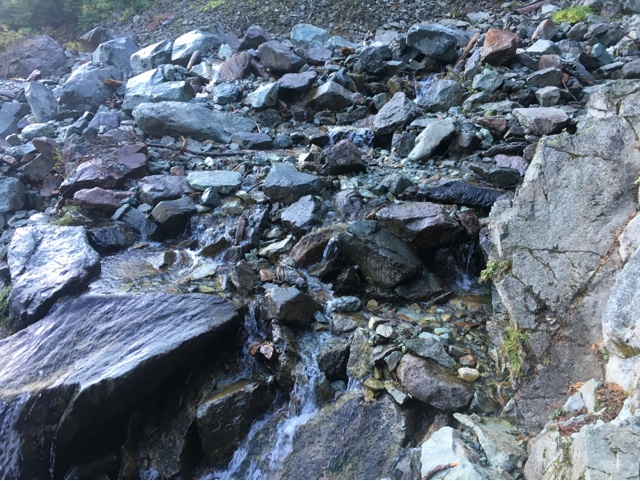 Part three
During those early morning miles I hiked mostly downhill. I could see what I thought was a lake covered by dense fog. I realized later on that there was no lake, just a sea of clouds. It was really neat looking. 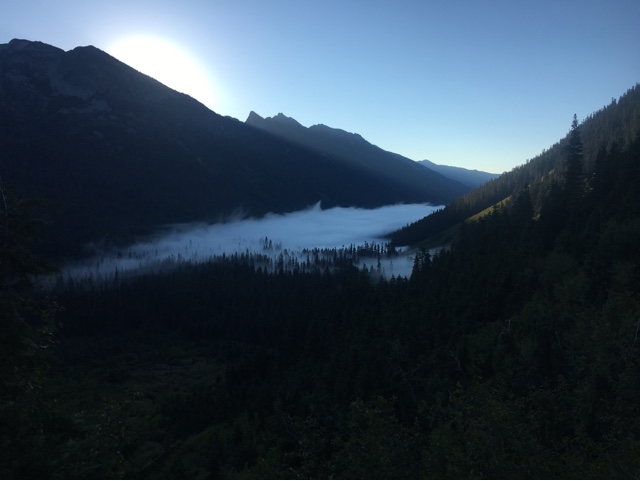 Dense fog
I was in a little bit of a hurry today. I needed to hike twenty four miles before it got too dark to hitch into town. Hitchhiking after dark is almost impossible. Cars can't see you standing on the side of the road in the dark, so it is dangerous. It has rained every night since I left Snoqualmie Pass and I was looking forward to a dry night in town. I was also excited to pick up my Amazon order. I bought some rain repellent to rewaterproof my rain jacket. I tried taking a minimal amount of breaks, but today was just too pretty to not stop and enjoy myself. One of the only ways to see what is around me is to stop and look around. I tend to hike with my head down so I don't trip, but you don't see a whole lot by hiking like that. 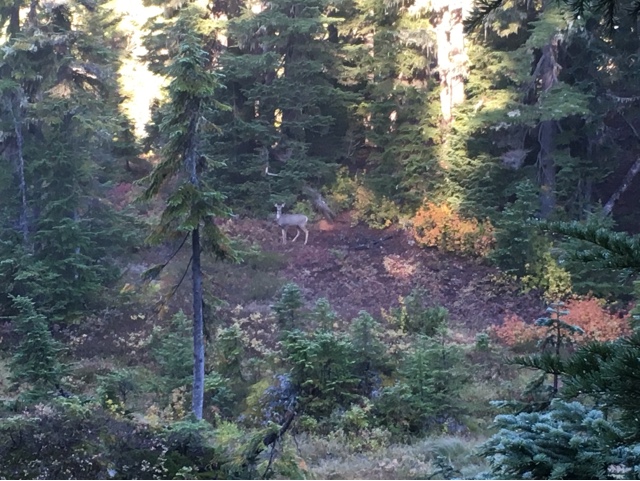 Elk
It never really warmed up today. I was almost comfortable in the sun, but I was rarely in the sun. I think the only time I was actually warm was when I was hiking uphill. I guess it was a good thing that I spent most of the day hiking uphill. Today was another day of breathtaking views. Washington has definitely lived up to expectations. 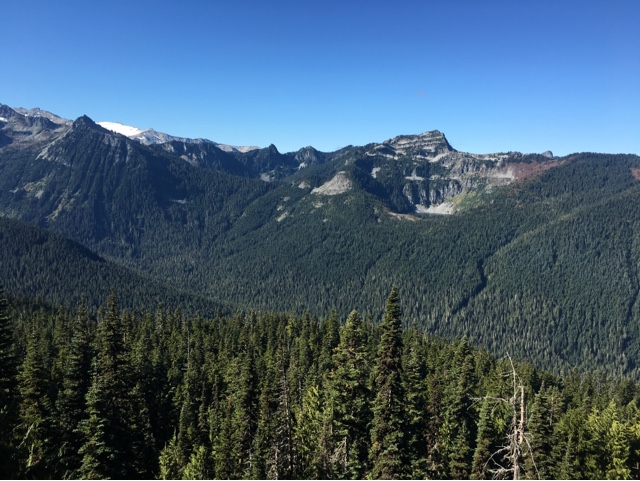 Pretty nice
After a pretty tough uphill, in which I hiked to the top of a ridge, I got a clear view of another awesome lake. I'm still amazed by how many lakes I see on a daily basis. It never gets old. The lakes come in all shapes, sizes, and colors, but today was dominated by large deep blue lakes. 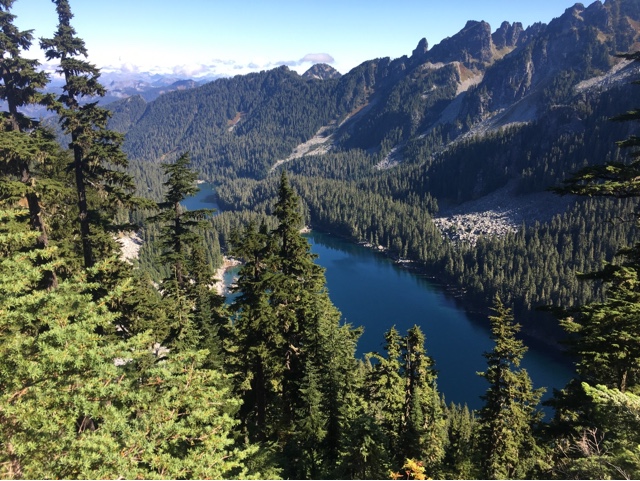 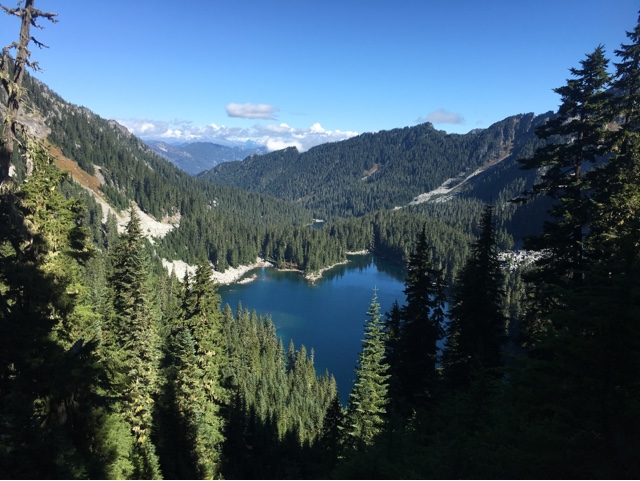 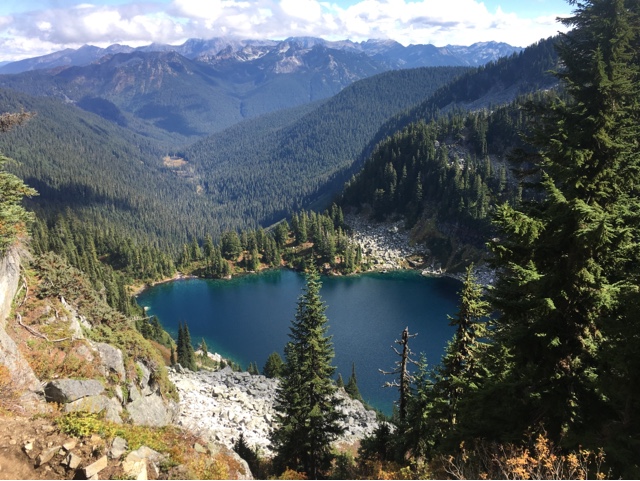 Emerald color along the edges
Around midday I had to hike down a large talus field. I think I am getting better going downhill over talus. I didn't have to slow down as much as I used to. The secret seems to be to ignore my trekking poles. By not using my poles I can focus on where I put my feet and rely on my balance to help. I think my trekking poles actually keep me off balance. 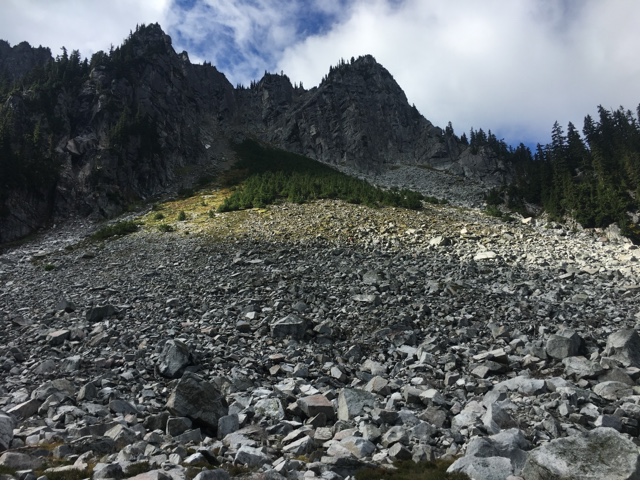 Lots of talus
For as difficult as today was physically, I made pretty good time. I only felt slightly rushed towards the end of the day. I didn't see any other thruhikers all day, but I did see a lot of day hikers. Stevens Pass is easy access for hikers to make it to the trail. I think I've seen more people enjoying the trail system in Washington than in any other state. It is very impressive.
Stevens Pass functions as a ski resort during the winter months. I finished the day by hiking up in if the ski runs. The top of the run even had a chairlift. I didn't stay at the summit for very long. It was really cold and windy at the top. I tried, unsuccessfully, yogi-ing a ride from two day hikers at the top of the ski run. They were heading the opposite direction from me. I picked up the pace on the way down to the parking lot. It was only six o'clock, but the temperature was plummeting. I was not looking forward to standing along the side of a major highway, trying to hitch twenty miles down the road. 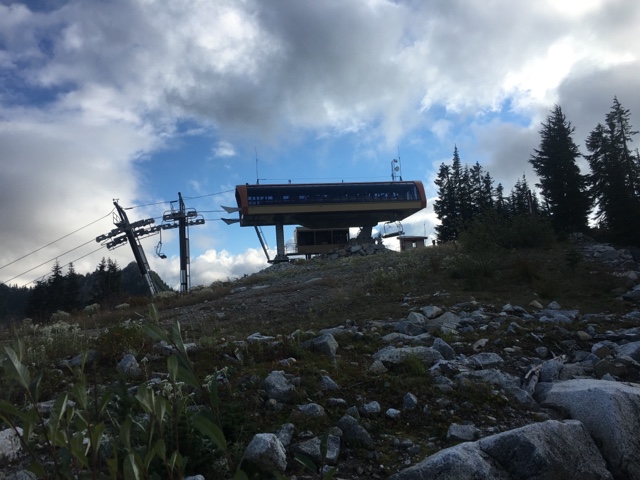 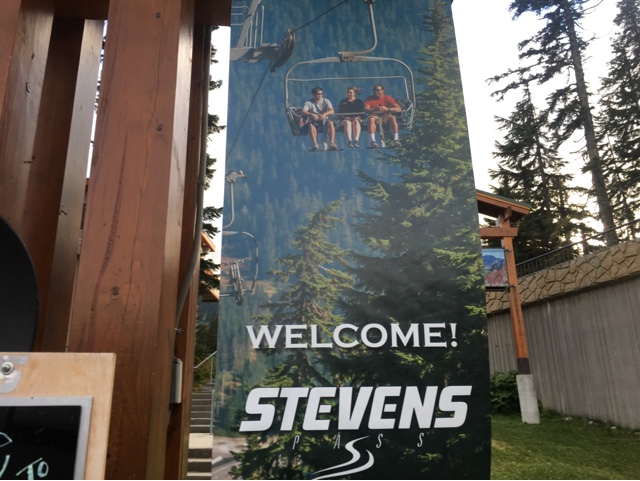 Makes me think of my dad(his name is Steven)
I stood around in the parking lot for awhile. I was hoping I could get a ride from there, but unfortunately that did not work. It took me over thirty minutes before someone stopped for me. All of the traffic was heading in the opposite direction from me. Even though I had to wait thirty minutes for a ride it wasn't too bad. In that time only 10-15 cars drove by. I finally got picked up by a nice guy, towing a motorcycle, who looked like Santa. I enjoyed our conversation immensely. He dropped me off in Skykomish just before dark. I bought a soda and chips at the gas station before going to the motel in search of my Amazon package.
I really didn't want to spend money on another hotel, but I didn't really have any other options. The trail angels I had hoped to stay with lived another eight miles away. There was no way to get there without hitching, but it was already getting dark out. I ended up eating dinner in the restaurant at the hotel. I was able to get a room there for a pretty decent price, $75. Laundry would have to wait until the morning because the laundromat closed before I got to town. My package from Amazon was promised to be delivered today, but it did not make it here yet. The post office doesn't open until 11:30, so I have to hang around town tomorrow morning. Hopefully by the time I can pick up my resupply box, my Amazon order will be delivered and I can still get a few miles in tomorrow.
"The mass of men lead lives of quiet desperation. What is called resignation is confirmed desperation."
- Henry David Thoreau
Posted by Yoda at 1:17 PM