Whew, it got cold last night. I had cell service in camp and when I checked the weather this morning it said it was 30 degrees. I stayed warm enough to sleep well. I did have a ton of condensation on my tarp, so I knew I’d have to stop at some point today to let everything dry out. 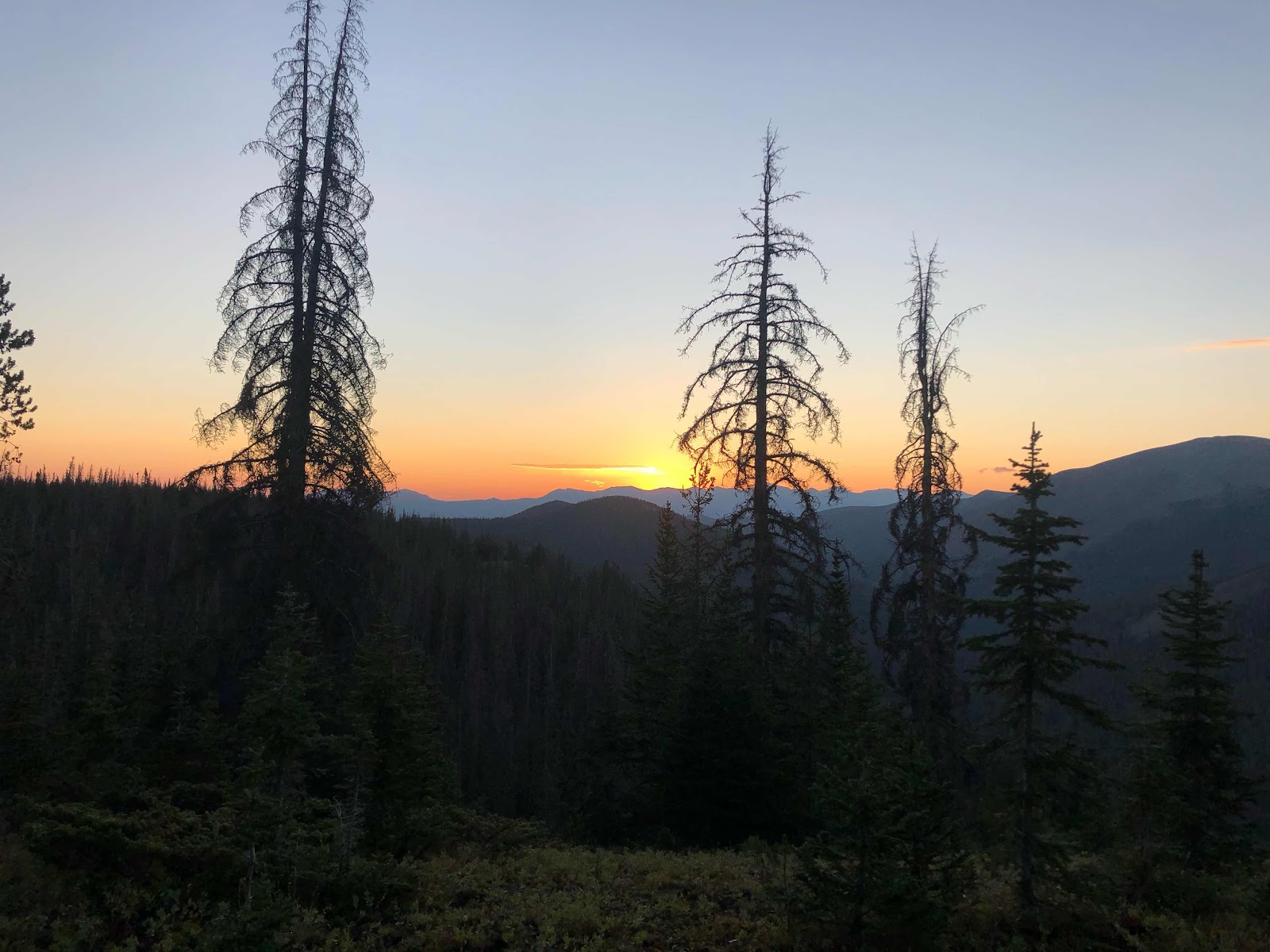 Sunrise
I tried to be as quite as possible packing up this morning since I had to people set up camp feet away from me. Just as I was leaving one of them made a snarky comment about how loud I was. Geez, you set up next to me not the other way around. So far I haven’t been impressed with a lot of the people hiking the trail this year. I took the high road and didn’t respond.
The trail today just plain sucked. I hiked on Jeep roads almost all day, which meant I hiked on rocks all day. This section of trail only exists to connect the trail to a better section farther south. At least the weather cleared up and was very pleasant. I hiked in a long sleeve shirt for most of the morning. It feels like fall has finally come. I can see the Aspens and ground shrubs already changing color at the higher elevations. Today was definitely a keep your head down and walk kind of day. The amount of mental effort needed to hike over rocks is astounding. I have to think about every step that I take. 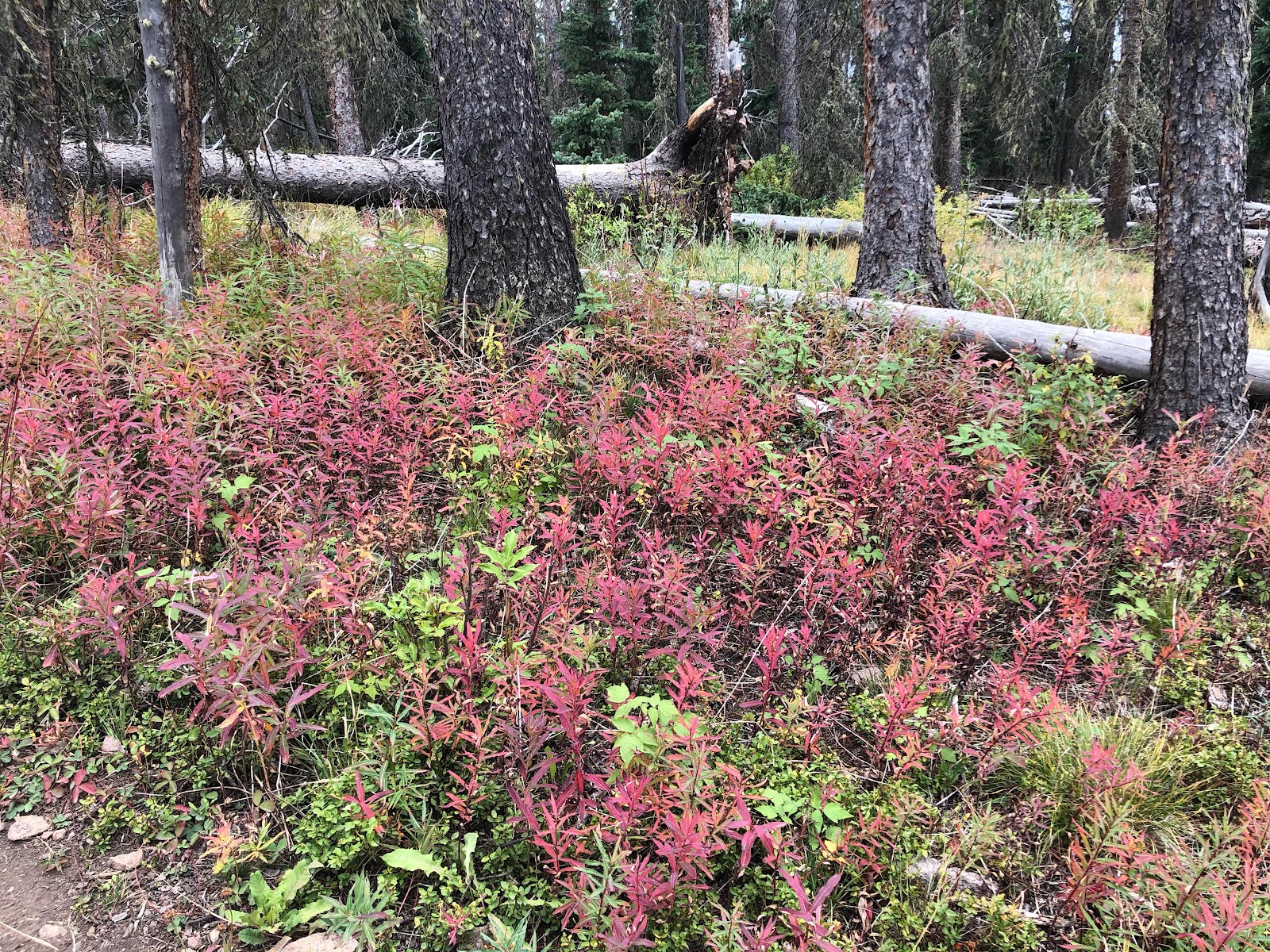 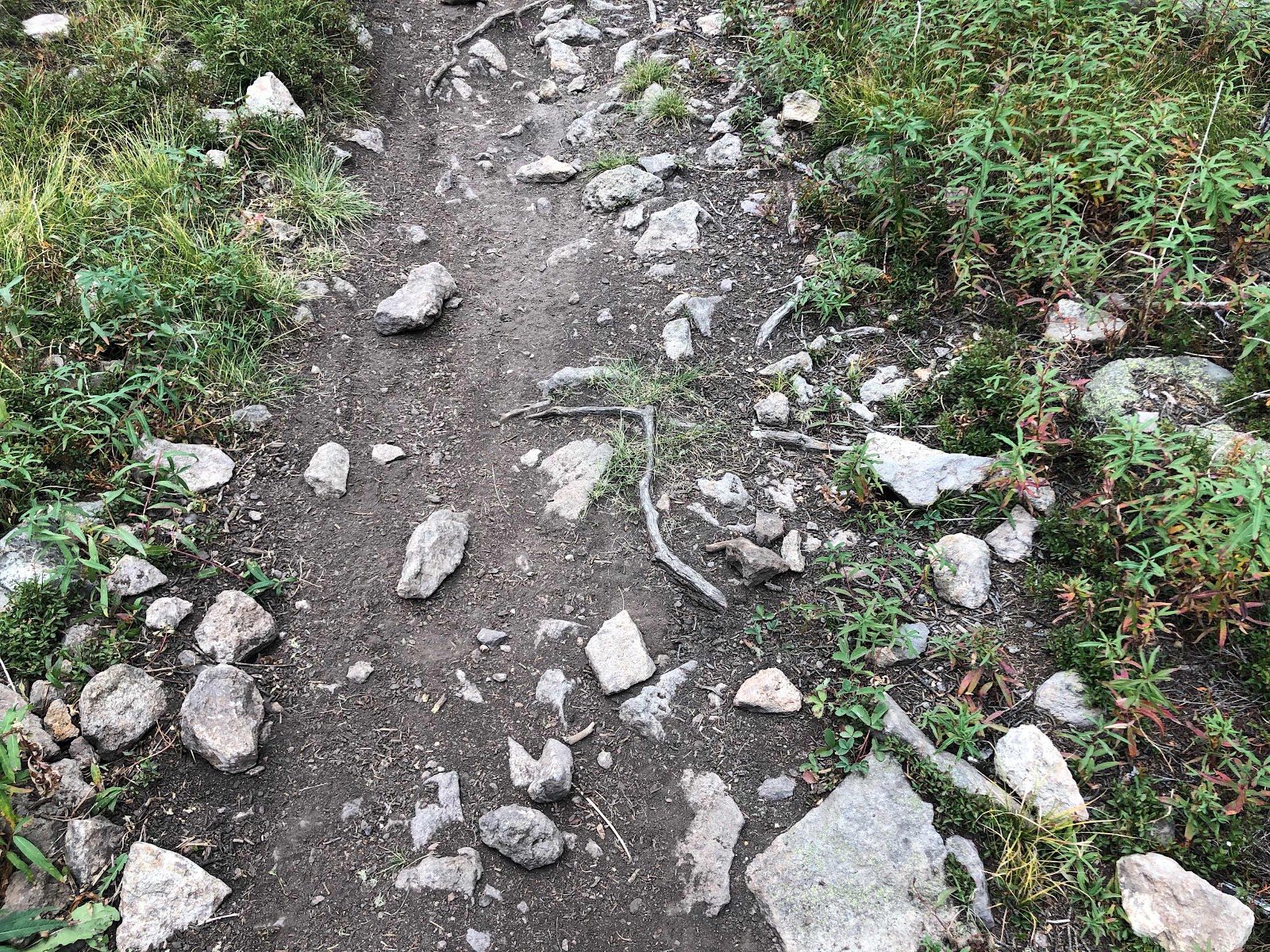 Believe it or not, but this was the least amount of rocks

I did see an astounding amount of wildlife. Early this morning a saw a young deer with tiny antlers. Later in the day I came across a skittish fox, an about an hour before making camp I saw my first bear of this trail. The bear was a little disconcerting because he didn’t immediately run away. Apparently I was hiking through his berry patch. After a long stand off he sauntered off far enough that I felt comfortable walking past him. He just kept munching on berries until I crossed some invisible line, then he ran away. 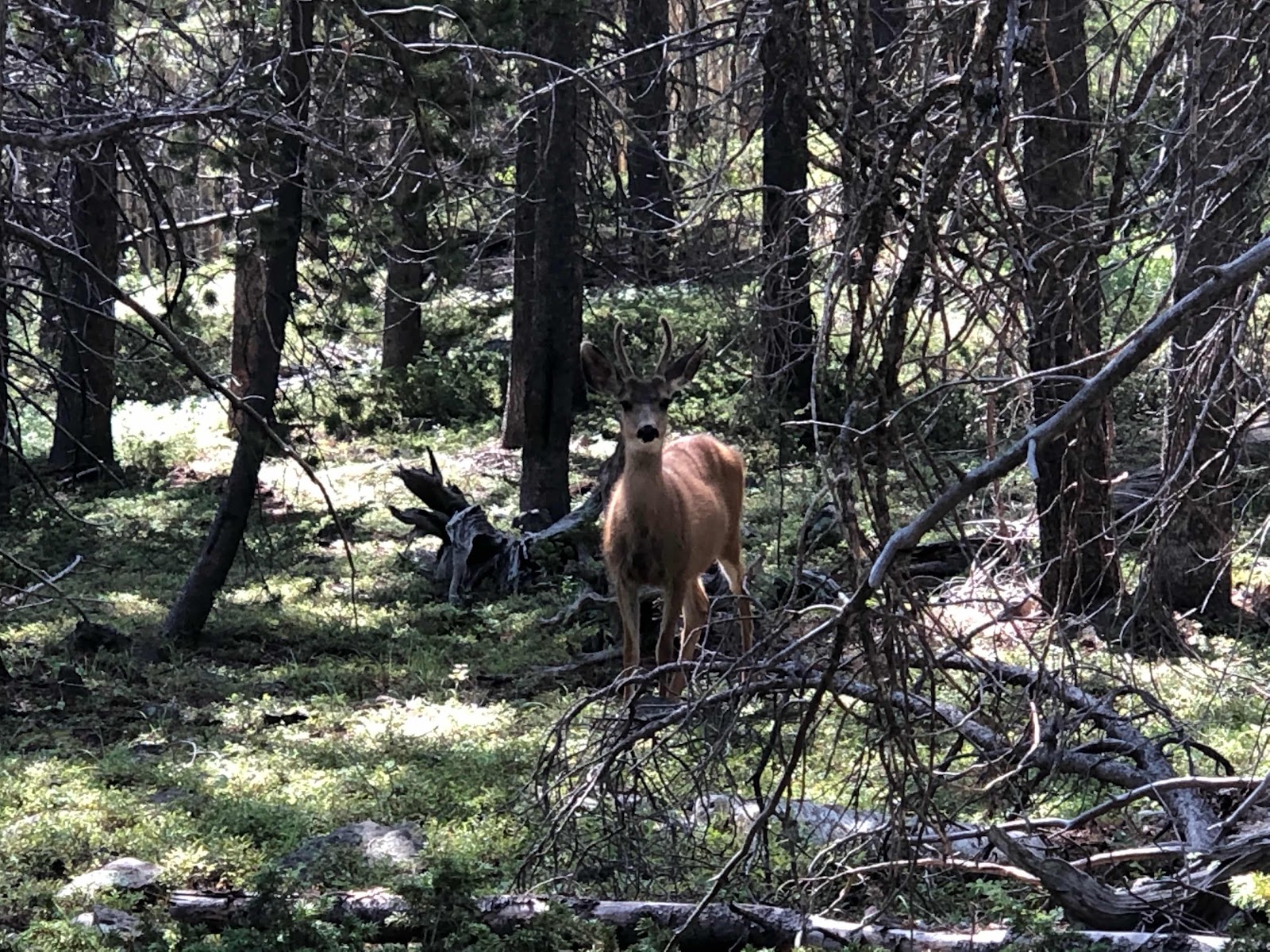 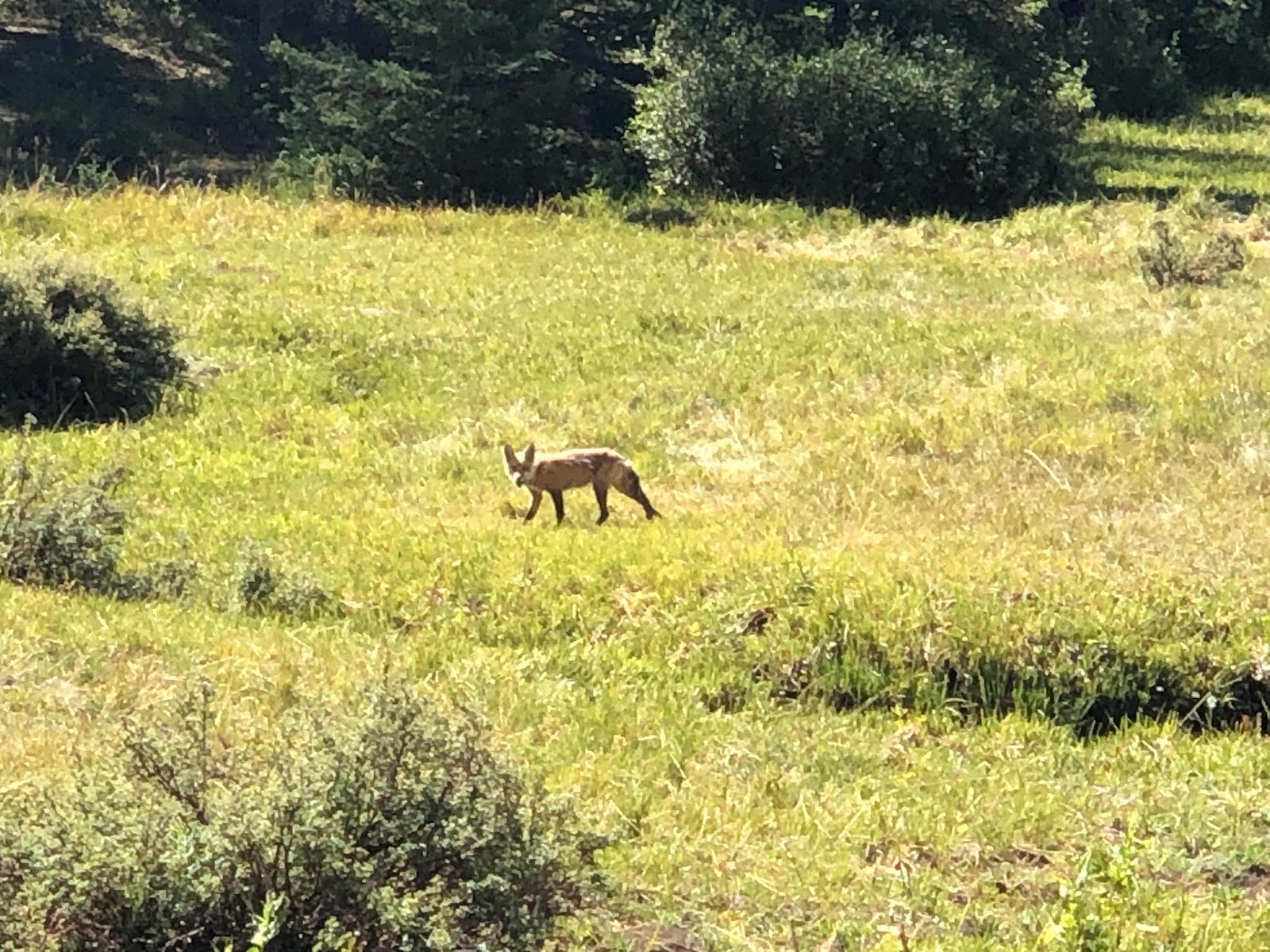 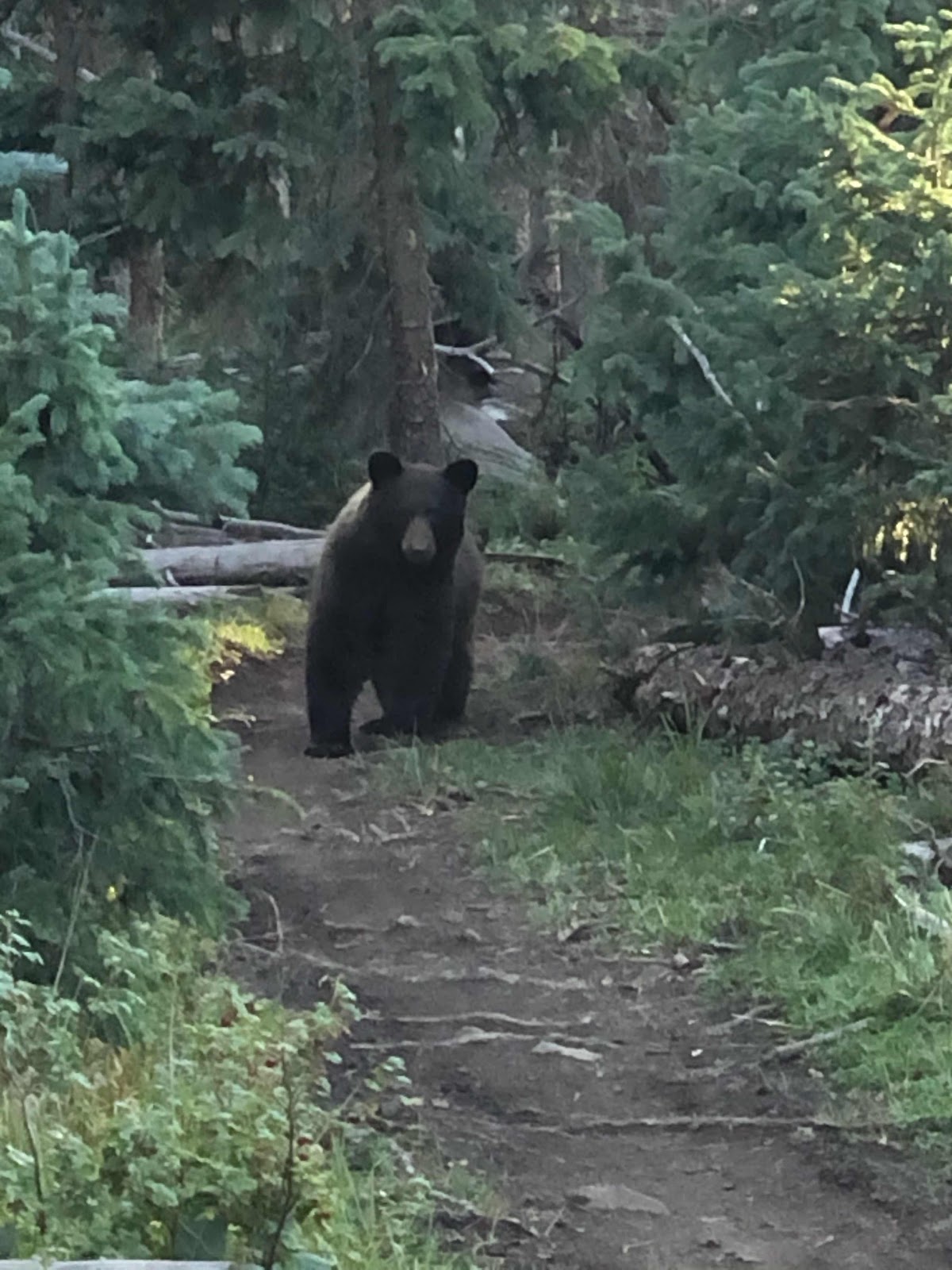 Yes mom, that is zoomed in. I wasn’t that close
Water was tricky today. I only had two sources the entire day. The first source was about eight miles into the hike. I’m glad that I had WanderLost bring me a Sawyer filter. The source was surrounded by cow patties. I drank a liter while I waited for my gear to dry out and I carried two liters with me since the next source was ten miles away. The last source of the day was a lake half a mile off trail. I don’t particularly like having to walk to far off trail for water, but I didn’t have another choice. The source 3 miles farther than the lake is most likely dry and I couldn’t take the risk. If that is dry it is 12 miles to the next source. I decided to cook dinner at the lake so I wouldn’t have to carry four liters of water. I was starving by the time I got to the lake. I didn’t cook dinner last night because of the storm. There isn’t room to cook dinner under my tarp and by the time the rain stopped it was late. I did a much better job of eating today. I ate all of my food I had laid out for the day. I don’t think that has happened all trail. I had to force down second breakfast, but after cameling up at the water source I was surprisingly hungry.
As I was walking through an open field I came across the bones of a cow. It occurred to me that this was the same place I used bones to make the 1,100 mile marker on the cdt. I wonder if they were the same bones. It also occurred to me that I haven’t been making mile markers on this trail. I decided to use the bones to make my 300 mile marker. 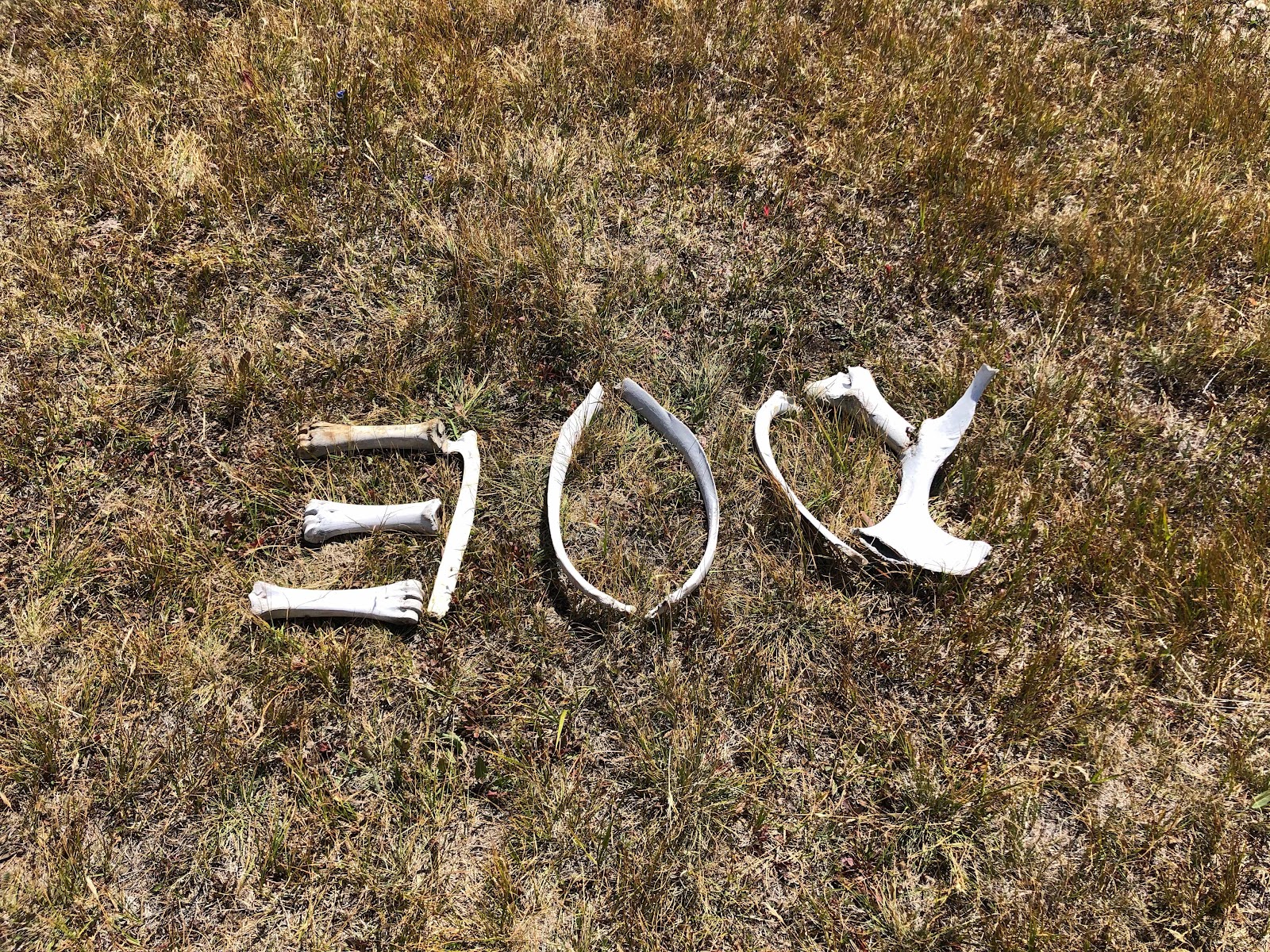 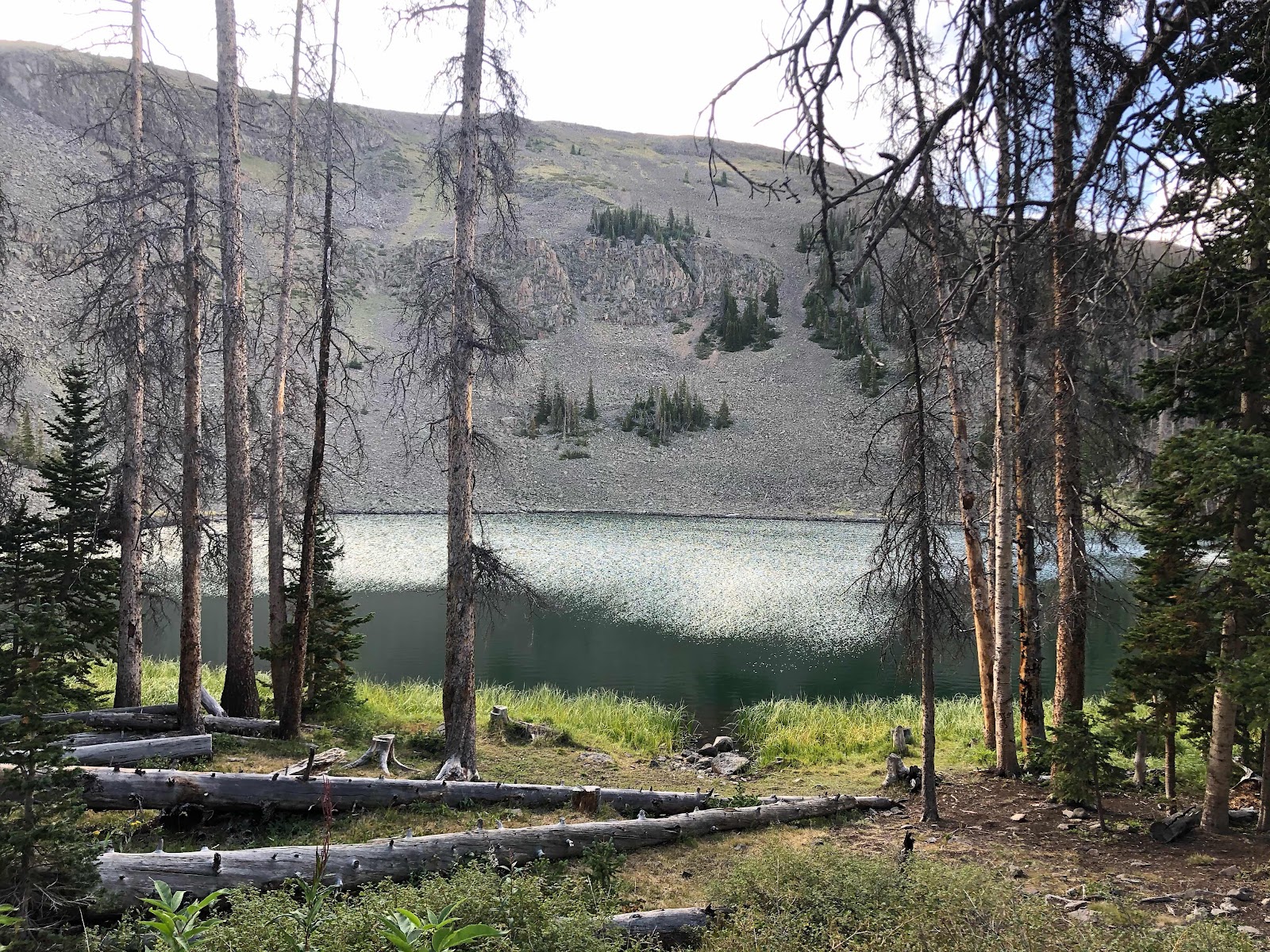 High alpine lake
Since I cooked dinner around 5:30 at the lake I was able to hike slightly later than I usually do. The last three miles after the lake went by slowly. I was carrying 3L of water and it felt like it weighed a ton. I had a plan for where I wanted to camp, but then the two guys from last night passed me as I was getting back on trail after the lake. They were heading for the same area. No way I was going to camp with them again. I had trouble finding a spot, but just before dark I found one. 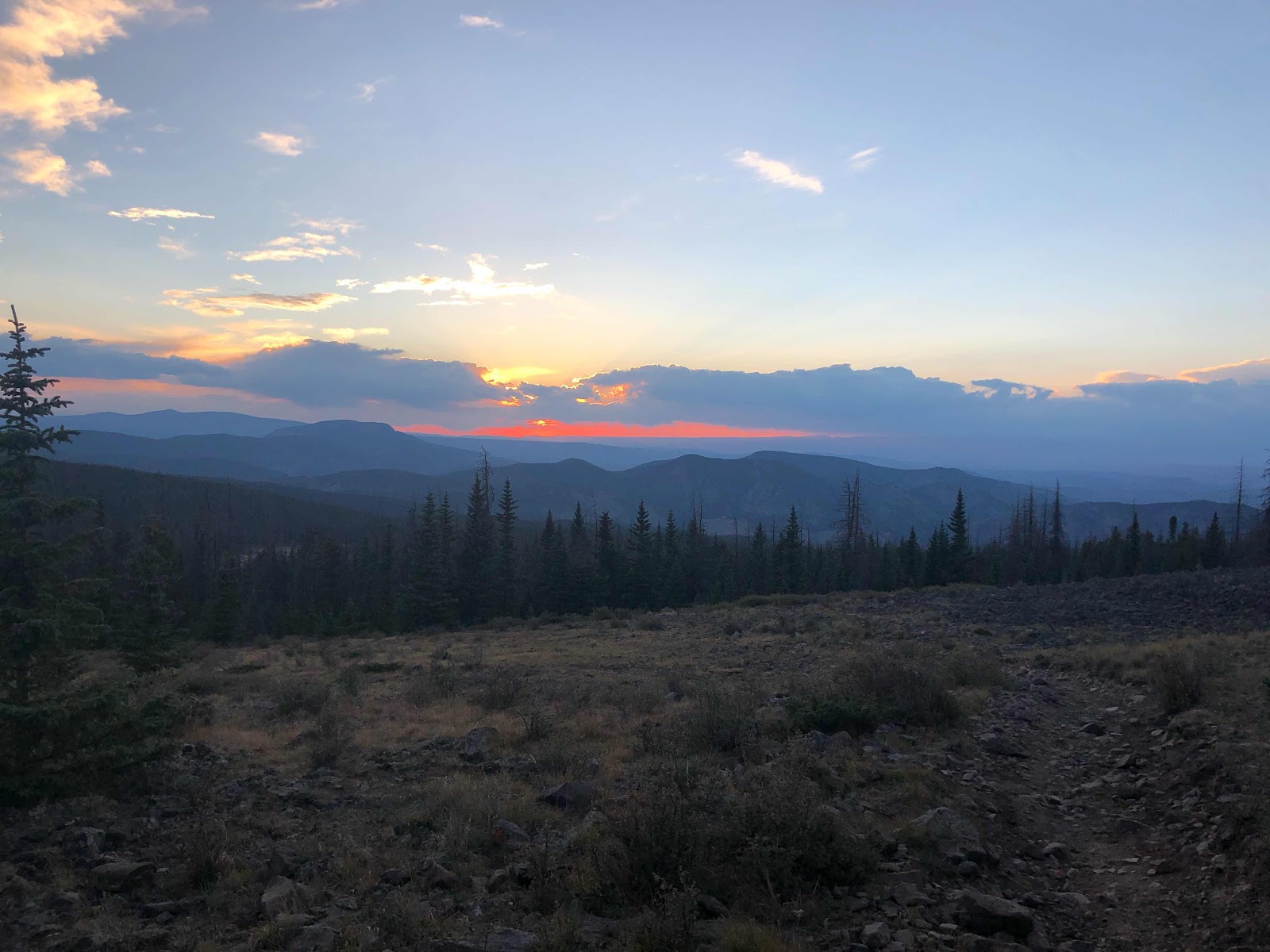 Sunset before finding a camping spot
“On the path to greatness, life teaches you to walk with stones in your shoes.”
- Matshona Dhliwayo