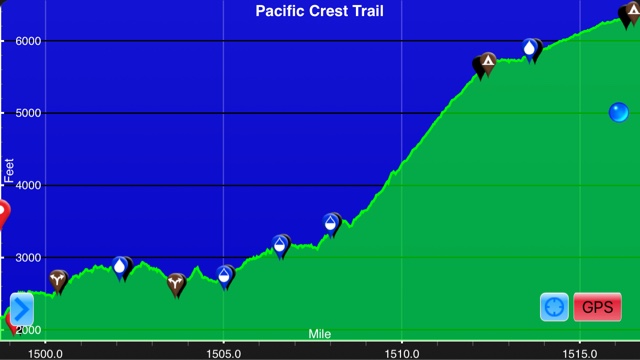 Total up/down:+5928/-1703 feet
My original plan was to get out of Mount Shasta nice and early, but I dropped the ball. I didn't decide to send my extra food ahead until after the post office had closed. That meant I couldn't leave this morning until after 8:30. I was ready to go and waiting for the post office to open. After I sent the extra food ahead I was dead set on leaving town. I went to put my phone into airplane mode, when I saw a text message from Evac. She had gotten into town last night, but I was too busy to meet up with her. She invited me to breakfast and I couldn't say no. I walked almost a mile to meet her and Peppers at the, Seven Suns Cafe. Evac has been having a problem with shin splints lately. She decided to take some time off from the trail, but didn't want to lose the group. She hitchhiked from Burney to Shasta. I'm sure it was a tough decision to skip miles, but at least she still has a chance to finish. We had a nice breakfast together, but eventually I had to leave. The miles won't hike themselves.
I was on a different side of town from where I had originally planned on hitching from. I was told that there was another interstate exit close by. After walking almost a mile I began to doubt that was the case. I tried to hitch as I walked, but nobody was stopping. I turned my phone on to look at Google Maps and I was really close to the on ramp. The next car to come by stopped for me. The guy who stopped was really nice. He wasn't planning on taking the interstate as far as I needed to go, but he offered to go the extra few miles for me. I really appreciated it. Having to hitch multiple times to get somewhere stresses me out. It was about a twenty minute ride and he was easy to chat with.
I didn't start hiking north again until almost noon. So much for my early day. The first day out of town is always the hardest day of hiking for me. I'm not motivated to make miles and my pack always feels really heavy. Plus, nine times out of ten it is a big climb out of town. Today was no different. I had about ten straight miles of climbing to do. Most of it was exposed and it was hot.
Almost as soon as I started hiking today I crossed the 1,500 mile mark. Even with all of my zero days I've still managed to average 15 miles per day. That doesn't exactly shatter any records, but it still beats my AT daily average. Since leaving S. Lake Tahoe I'm averaging 23 miles per day. I'm hoping by the end of this trip I can get my daily average up to 17 or 18 miles per day. I was really disappointed by the lackluster effort put into the 1,500 mile marker. I was going to make my own, when I came across a second marker. It was only a little better than the first. I walked a little farther and came across a third marker, it was much better. 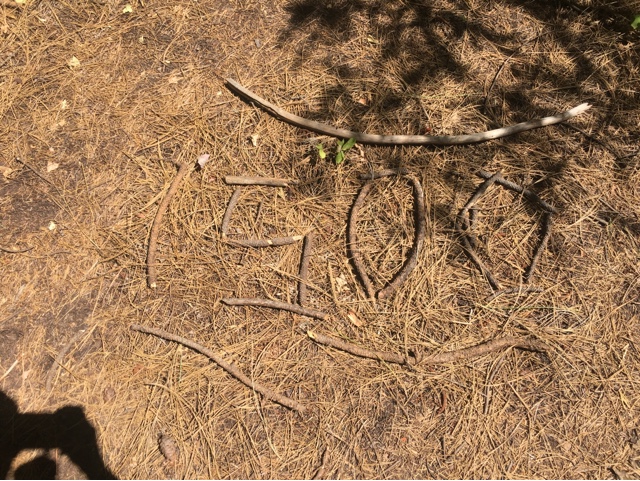 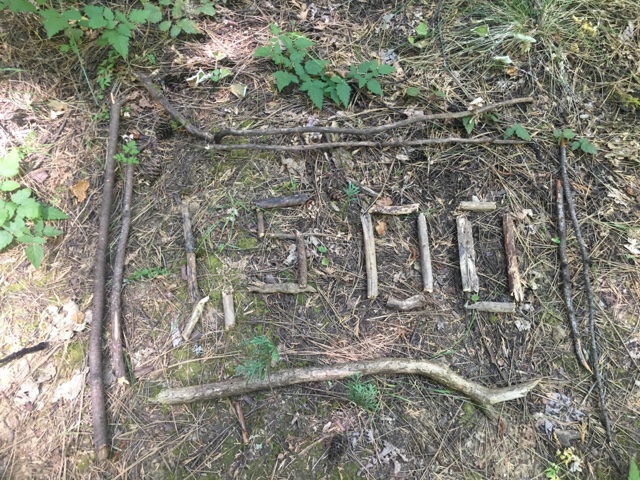 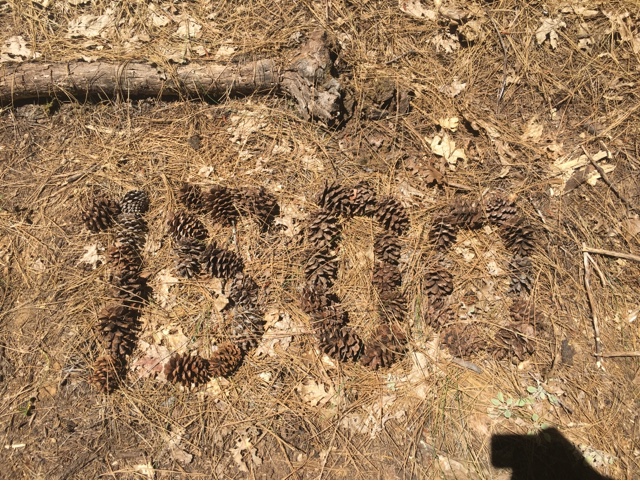 Yoda approved
The area I'm hiking through right now is called, Castle Crag Wilderness. It gets its name from the unique rock formations called Castle Crag. I had a great view of it for most of the day. As I hiked up towards it I was lucky to find a lot of great water sources. I stopped at almost everyone, breakfast had left me really thirsty. With all of the breaks I took the miles were coming slowly. 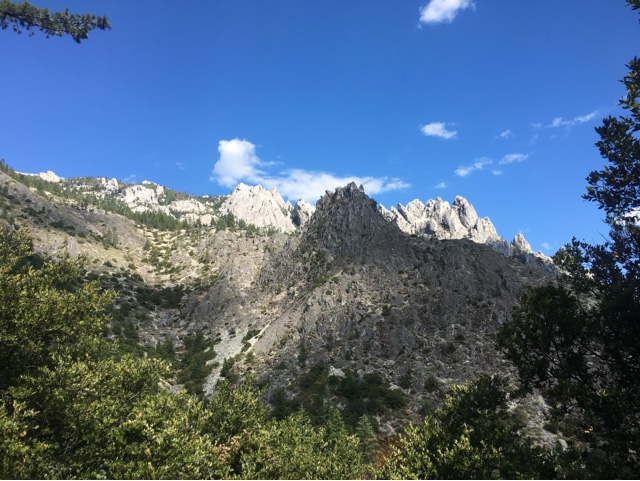 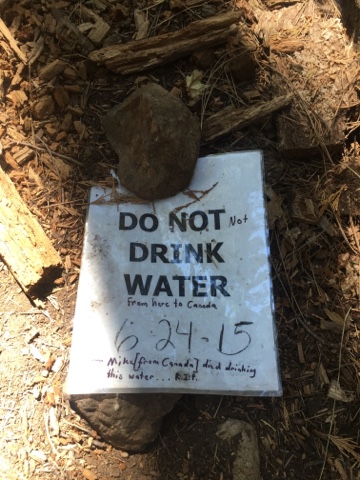 Huh?
I can tell a definite change in the landscape now. Everything is much greener than it has been and the grade of the trail is becoming more gentle. So far I'm liking the Cascades.

Green everywhere I look
I really only wanted to hike a few more miles today, but I heard about an epic camp site farther away. I decided that it would be worthwhile to push myself to make it that far. To make it happen I had to carry enough water to dry camp for three extra miles. All I could think was that it had better be worth it. Oh, man! It was worth the extra effort. Not only was it an amazing view, but Skippy and iRobot were camping there too. I had a view of Shasta and Castle Crag for sunset. It was one of my favorite camp sites to date.

Mt. Shasta on the left Castle Crag in the center
Not only did I have a great view for dinner, but there is a meteor shower as well. It is nights like this that make all of the difficult moments worthwhile.
"Keep your eyes on the stars, and your feet on the ground."
-Theodore Roosevelt
Posted by Yoda at 11:11 PM