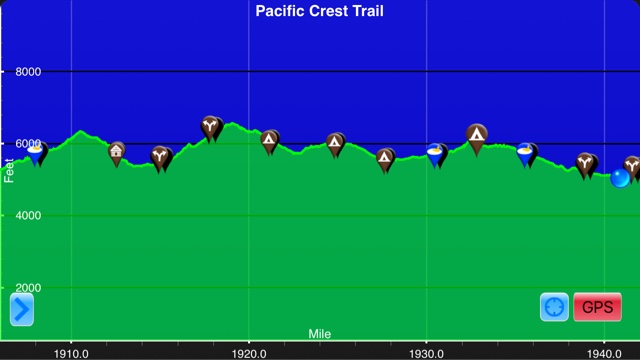 Total up/down: +3,322/-4,002 total
For some reason I did not get a good nights sleep last night. I kept waking up every twenty to thirty minutes thinking that it was time to get up. Of course when it was time to get up I didn't hear my alarm go off. I wanted to be on the trail by 5:45. I looked at the elevation profile before going to bed and I thought it was possible to hike forty miles today. I would really like to get a forty mile day in before the end of the trail. I finally woke up around six and was hiking by six forty-five. 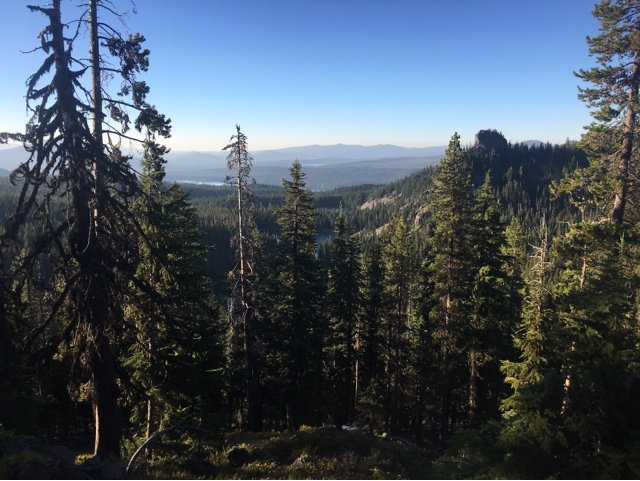 Rosary Lakes barely visible through the trees
Soon after I began hiking it became very clear that I would not reach my goal of forty miles. Every few miles I hiked past pristine beautiful lakes. Once the temperature warmed up I knew that I had to stop and smell the roses(or feel the sand on my toes). I have been working so hard lately to give myself some breathing room in my schedule. Some days it feels more like a job than a joyful experience. I decided it was time to slow down and enjoy myself.
I hiked really hard until around eleven thirty. I heard that Charlton Lake was a great spot to stop for lunch. It was about fifteen miles away from where I started this morning. I didn't take a single break until I hit the lake. I collected and treated water and cleaned my feet. I also washed out my socks. Then I took my lunch down to the waters edge. There was a nice cool breeze and I soaked my feet while I ate lunch. It was just chilly enough out, due to the breeze, that I decided against swimming. 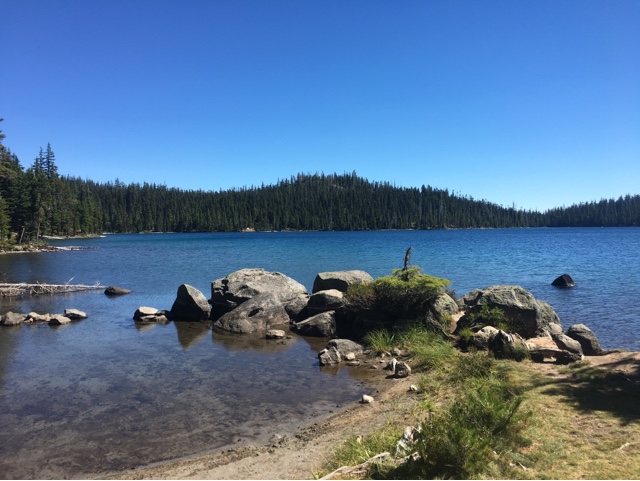 Charlton Lake
I took an entire hour off from hiking for my lunch break. I had almost forgotten how nice it is to take a proper break. Between Charlton Lake and my campsite tonight I passed by ten more lakes. They were all right next to the trail. 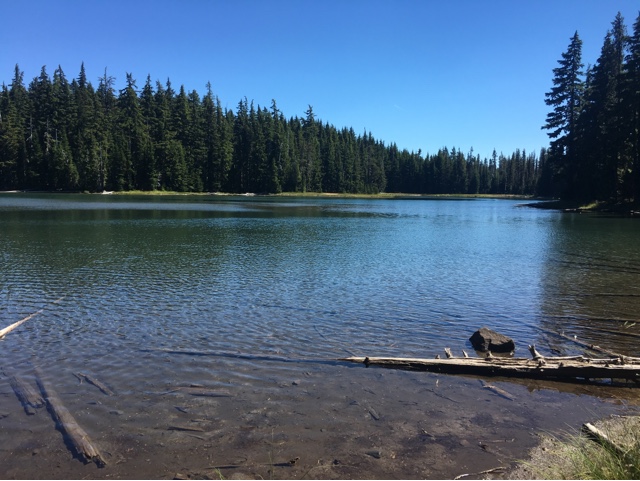 Irish Lake
Irish Lake was about six miles away from Charlton. I didn't really need another break so soon, but it was too pretty for me not to stop. I changed socks again, washing out the dirty pair and I soaked my feet again. I mixed up some Gatorade and enjoyed the afternoon sunshine.
Two miles later I hit Brahma Lake. It was also a nice lake, but it has been loved a little too much. There was trash all around the lakeside campsites. It infuriates me when people throw their trash into fire pits. It would be one thing if they actually started a fire and burned the trash. Some people seem to think that fire pits are trash cans and just leave trash for other people to take care of. 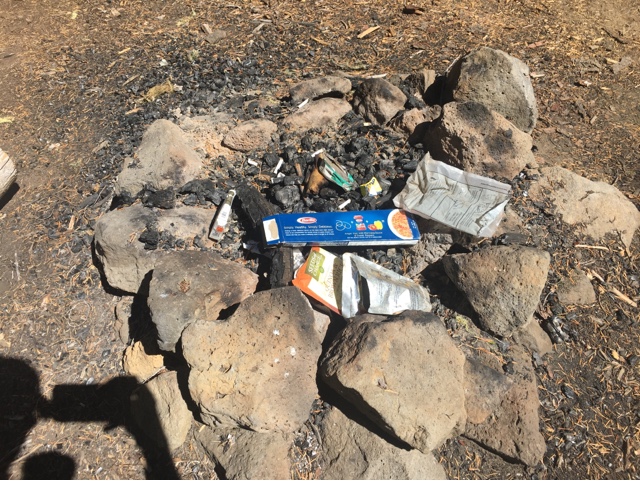 I packed out as much as I could(my trash bag was bursting at the seams)
Around mid afternoon I crossed into the Three Sisters Wilderness. I'm really looking forward to this section of Oregon. I was hoping to get a glimpse of South Sister today, but I had no such luck. 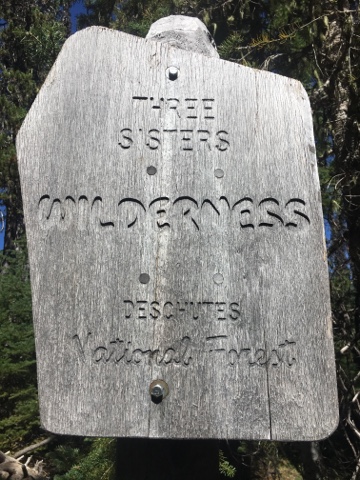 Three Sister
The last big lake that I passed by before reaching camp was Stormy Lake. It was beautiful. I had just decided to go for a swim when I spotted two people already swimming. The woman didn't have any clothes on and the guy asked me if I could keep going. Ok, message received loud and clear. I kept hiking on, but I did have to chuckle. At least they were enjoying the lake. I did however take a picture of the lake, but I made sure to not include them. 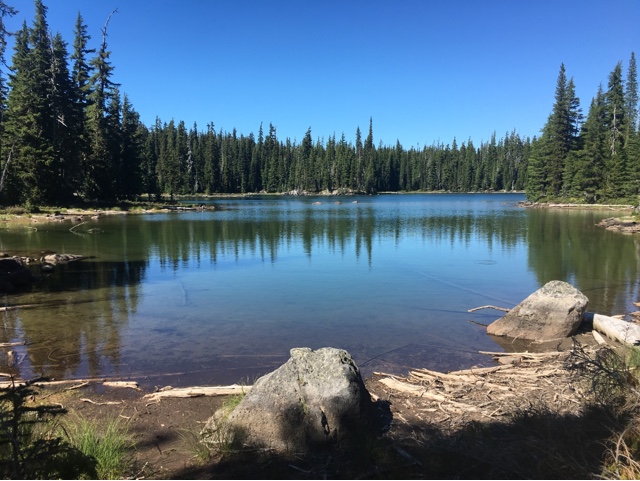 Stormy Lake
I was hoping that the lake I was going to camp at would be as nice as the others, but it was more of a pond than a proper lake. I setup camp as the sunset and ate dinner in the dark. Just as I was getting ready to go to sleep a deer prowling through camp scared the crap out of me. I swear it sounded like a giant bear.
I didn't get in my forty miles today, but I still managed to hike over thirty miles and have a very enjoyable day. Usually my thirty plus mile days aren't this enjoyable.
"Just imagine becoming the way you used to be as a very young child, before you understood the meaning of any word, before opinions took over your mind. The real you is loving, joyful, and free. The real you is just like a flower, just like the wind, just like the ocean, just like the sun."
-Don Miguel Ruiz
Posted by Yoda at 11:10 PM