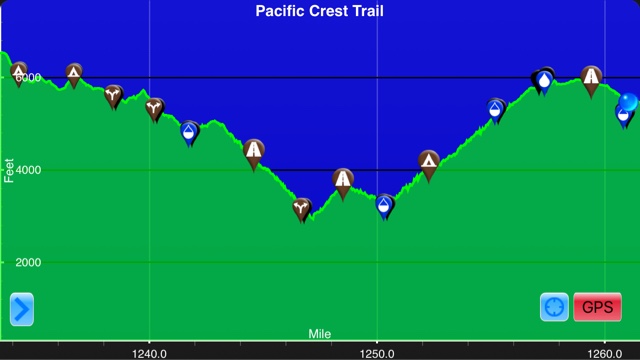 Total up/down: +5891/-6425 feet
I never heard my alarm this morning. What woke me up at five forty-five was the sound of bees flying around my tent. I knew that today was going to be a challenging day, so I forced myself out of my sleeping bag and started to pack up. Within seconds of leaving camp I came across a strange mileage marker. I took a quick picture and moved on. I didn't understand the significance of it until the end of the day when I was writing down my daily mileage. To be honest I had totally forgotten about it until I wrote down that I started the day at mile 1234. 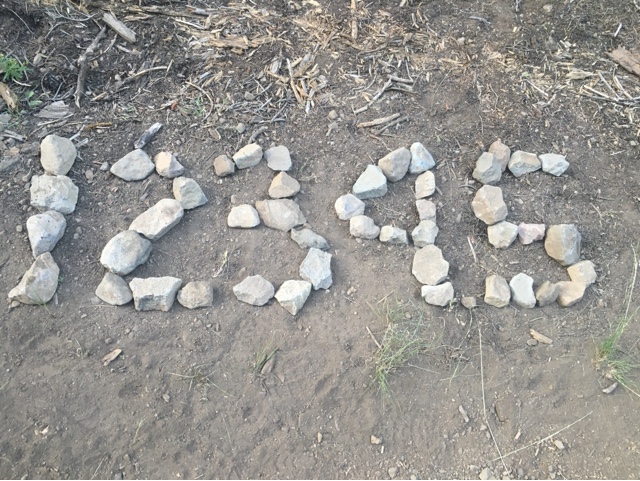 Oh, I get it now: mile 1-2-3-4-.5
My focus for the first part of the day was making it down to the Feather River. I decided to treat myself and go for a swim. It has been ridiculously hot lately and I figured a swim around midday would help to cool me down. For the majority of the morning and afternoon I was walking through thick forest. I was making really good time and I made it to the river before noon. 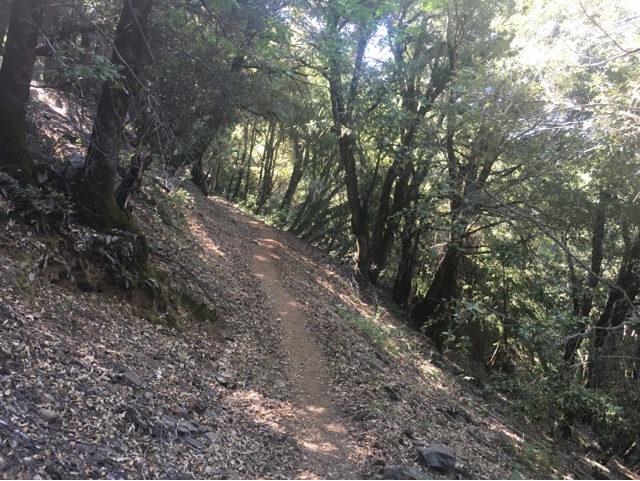 My view for the majority of the day
The river was around 2,000 feet of elevation. I dropped down several thousand feet to get there. The more the trail dropped down the hotter it got. By the time I made it to the river I was drenched with sweat. I was hoping that the river would be ice cold, but I had to settle for slightly chilly. It was still really nice. I did some sock laundry and went swimming for an hour. There were some small rapids that I went down until I hit a still pool. I did that run over and over, laughing like a child the whole time. 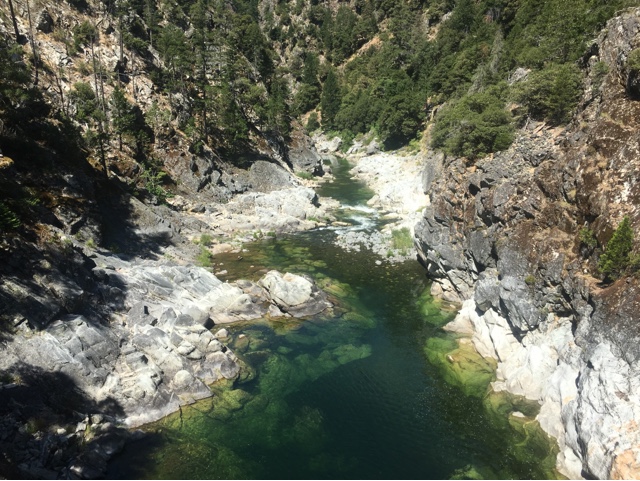 Feather River
Eventually it was time to get moving again. I filtered some water and ate a few snacks before hiking out. I would spend the next thirteen miles hiking mainly uphill. I gained over five thousand feet of elevation. Most of the time the trail was barely going uphill. Then suddenly it would be very steep for a small stretch. I don't like these really extended climbs. I would rather the trail be really steep for a mile or two. I think the Appalachian Trail ruined me for life. Most of the other hikers enjoy the long gradual climbs. Those of us that have hiked the AT would prefer to just get them over with. 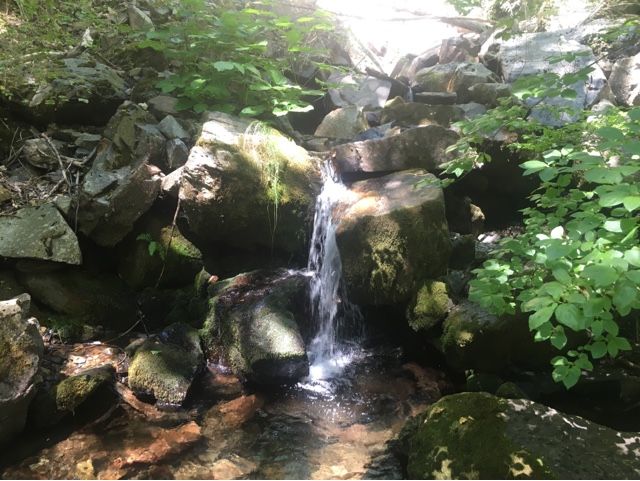 Great water sources today
On the way up the mountain I kept coming across signs that someone had made on the trees. As I slowly made my way up the hill they gave me something to look forward to. 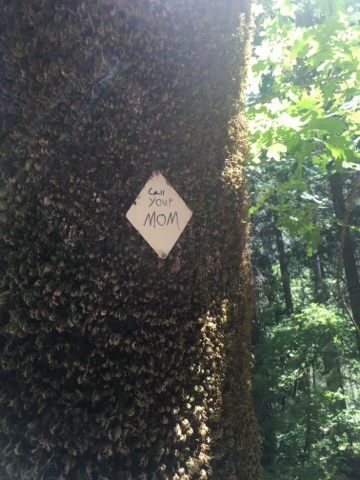 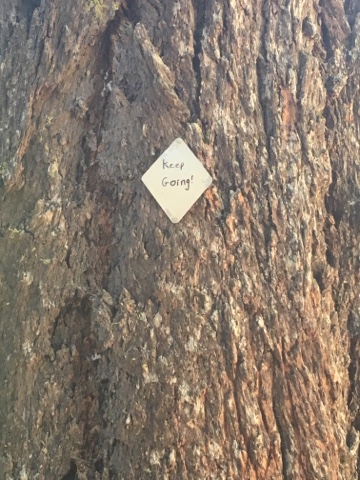 Don't really have a choice 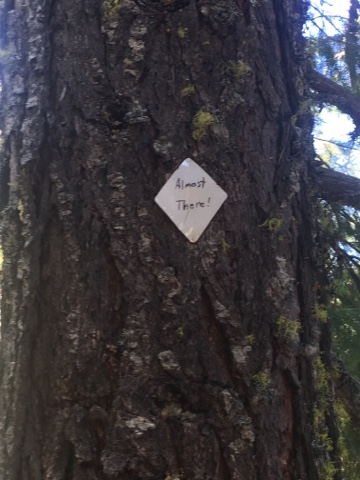 Liar. Still had four more miles
Several thousand feet later I finally made it to the top. The views are still really hazy. It makes me wonder if they ever got the fire contained in Southern California or if there is another fire.

View from Lookout Rock
I was pleased to have gotten my miles in today. I didn't feel as rushed and I even got to swim. I found a nice glade to camp in. The only negative is that it was close to a road. When I was setting up camp there was a fair amount of traffic on the road, but as it began to get dark the traffic became a trickle. Usually I won't camp close to roads, but since this one led to a lake resort I figured it would be ok. Resorts such as this don't get a lot of people coming and going at night. The bee situation was better, but still not great. I wasn't being swarmed by bees. I only had five or six buzzing around me as I cooked dinner. Since I'm doing higher miles than I planned on I have extra food. I was able to eat a double dinner. I had a Chili Mac Mountain House meal(thanks mom and dad) which I added macaroni and cheese to. After dinner I was still hungry, so I had a snickers bar and some Oreos. I probably could have eaten more too. With hiking higher miles in even more hungry than normal.
"Success is the result of perfection, hard work, learning from failure, loyalty, and persistence."
- Colin Powell
Posted by Yoda at 9:09 AM