I survived my first night in grizzly country. In fact I slept great. I was worried that every little sound would wake me up throughout the night, but that wasn’t the case. Due to the permit situation in Yellowstone National Park I knew that o only had to hike 20-25 miles today. The elevation profile looked pretty easy so I slept in until 6:30. I didn’t exactly feel refreshed, but I felt more rested than usual. It took me a little longer than usual to pack up because of my new grizzly precautions. I had to retrieve my food bag and change into my hiking clothes. Usually I just sleep in my hiking clothes. Having to get my clothes down from my bear hang, change, and repack my food took time that I usually don’t spend. I didn’t start hiking until after 7:30. For the first time in awhile I managed to keep my feet mostly dry all morning. It wasn’t until after ten o’clock that I had my first wet crossing. I had to make my way across the north fork of the Buffalo River. The water was ice cold, fast moving, and up to mid thigh on me. Just like crossing the S. Fork yesterday, I took my time and made sure of every step. I made it across without issue. 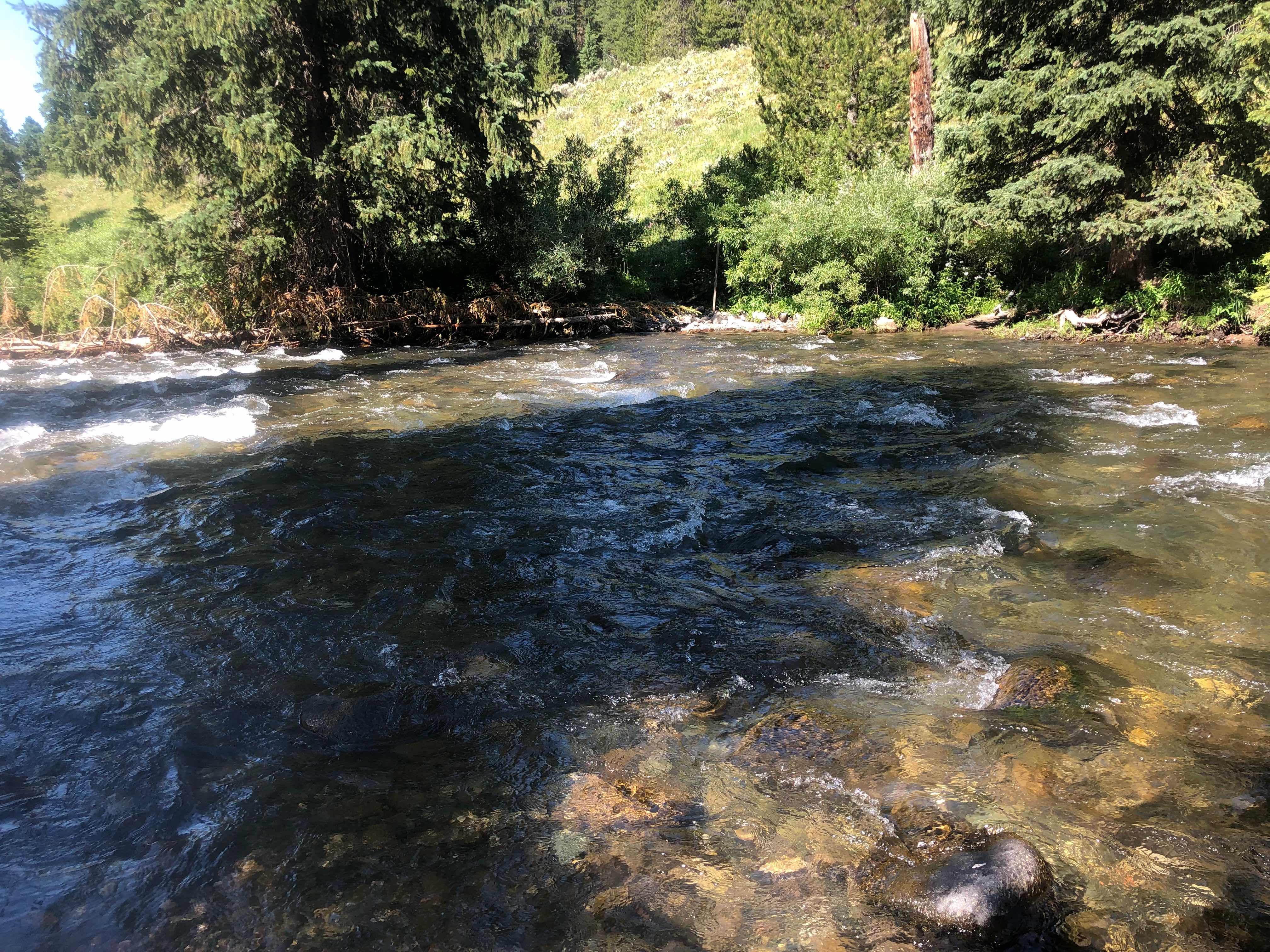 N. Fork of the Buffalo River
After I crossed the river I spent most of the day on what is referred to the horse super highway. It was a nice wide trail that gets a ton of horse traffic. I’m not sure if it was due to all of this traffic or something else, but today was the worst day yet for biting flies. I’ve made my decision, I would much rather deal with mosquitos. It hurts a lot less when I mosquito bites than a horse or deer fly. They were absolutely incessant. My breaks were very brief today. I also had to keep up a fast pace to try and out run them, but that was an impossible notion. Deet does nothing to deter them and it was way to hot to hike in long pants and long sleeves. For everyone I killed, two took its place.
I saw my first sign of a bear today. The horse super highway was a thick layer of dirt that really retained prints. As I was hiking along I saw a medium sized print and a small print. It looked like a mother and cub had walked down the trail recently. I got really bored with calling out, “hey, bear”. I decided to switch things up and called out, “Hodor” instead. Hodor is s character from Game of Thrones. All he can say is his own name, Hodor. It amused me greatly. 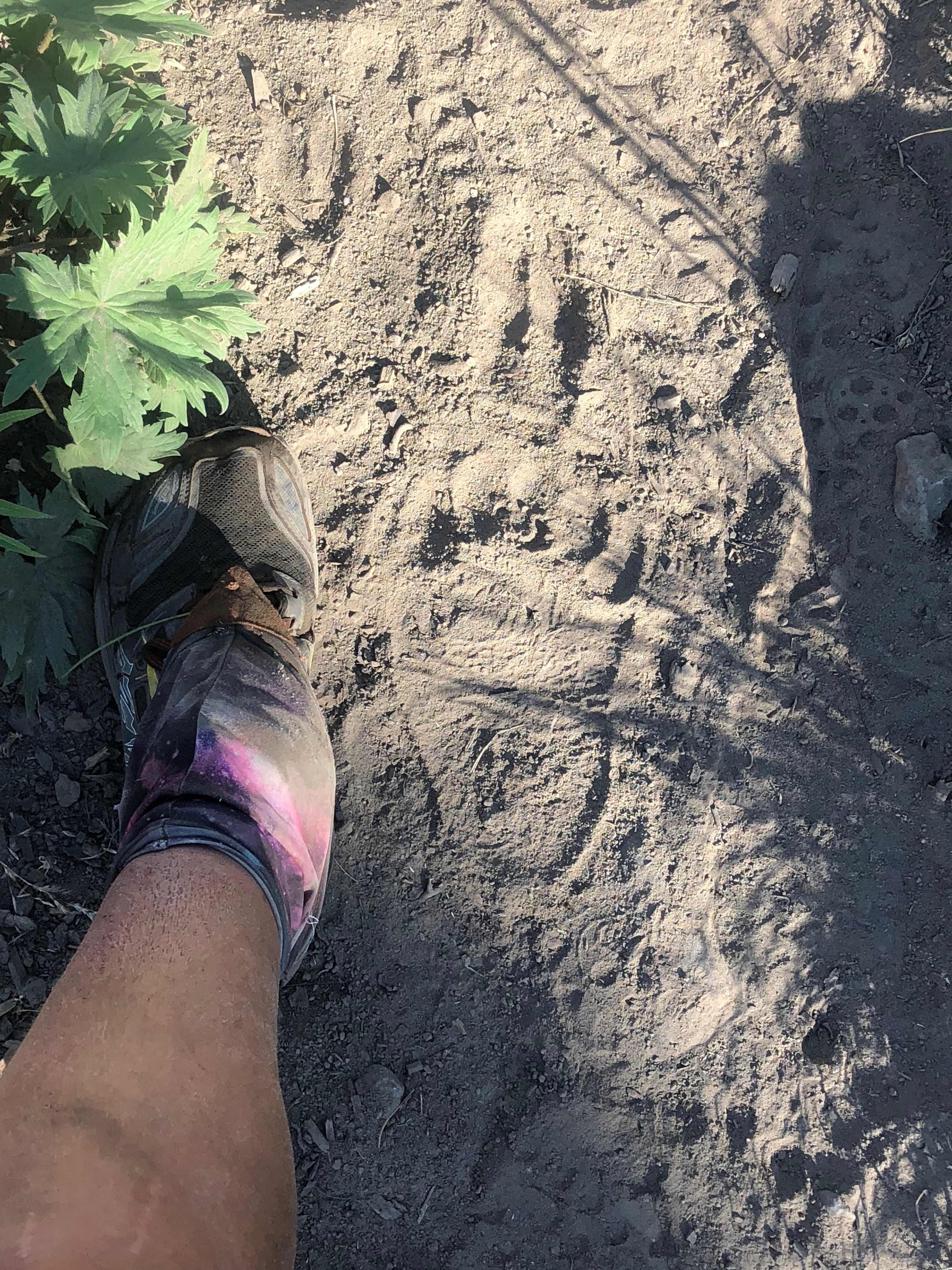 Hiker, deer, and bear prints in the dirt
The hiking was much better today than it has been since I left the Wind River range. I hiked on actual trail for most of the day. I was getting really tired of hiking through sloppy mud. There were also very few sections of overgrown brush blocking the trail. For most of the day I was in the open instead of a claustrophobia inducing forest or brush. This made me happy and the miles came quickly. 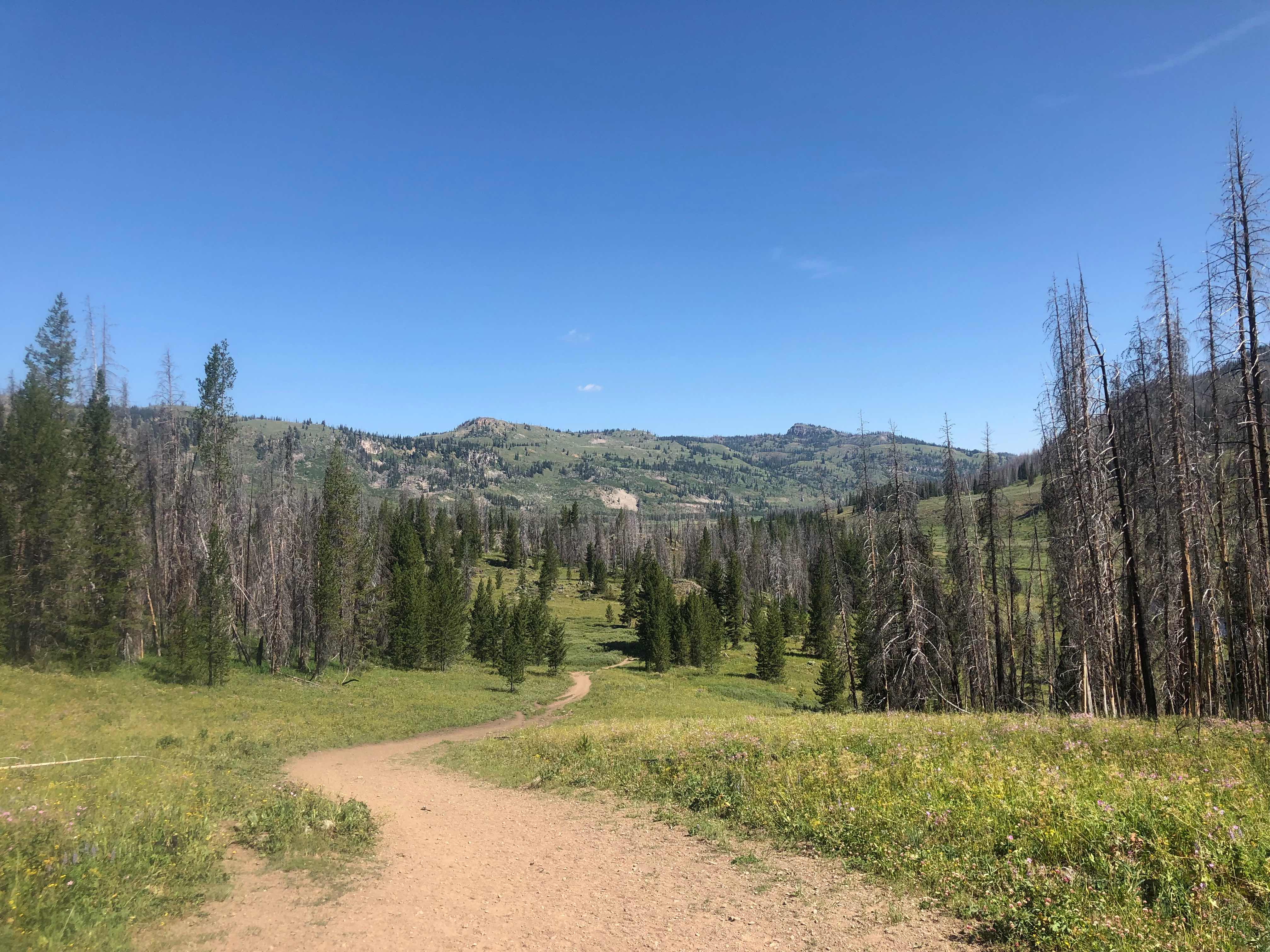 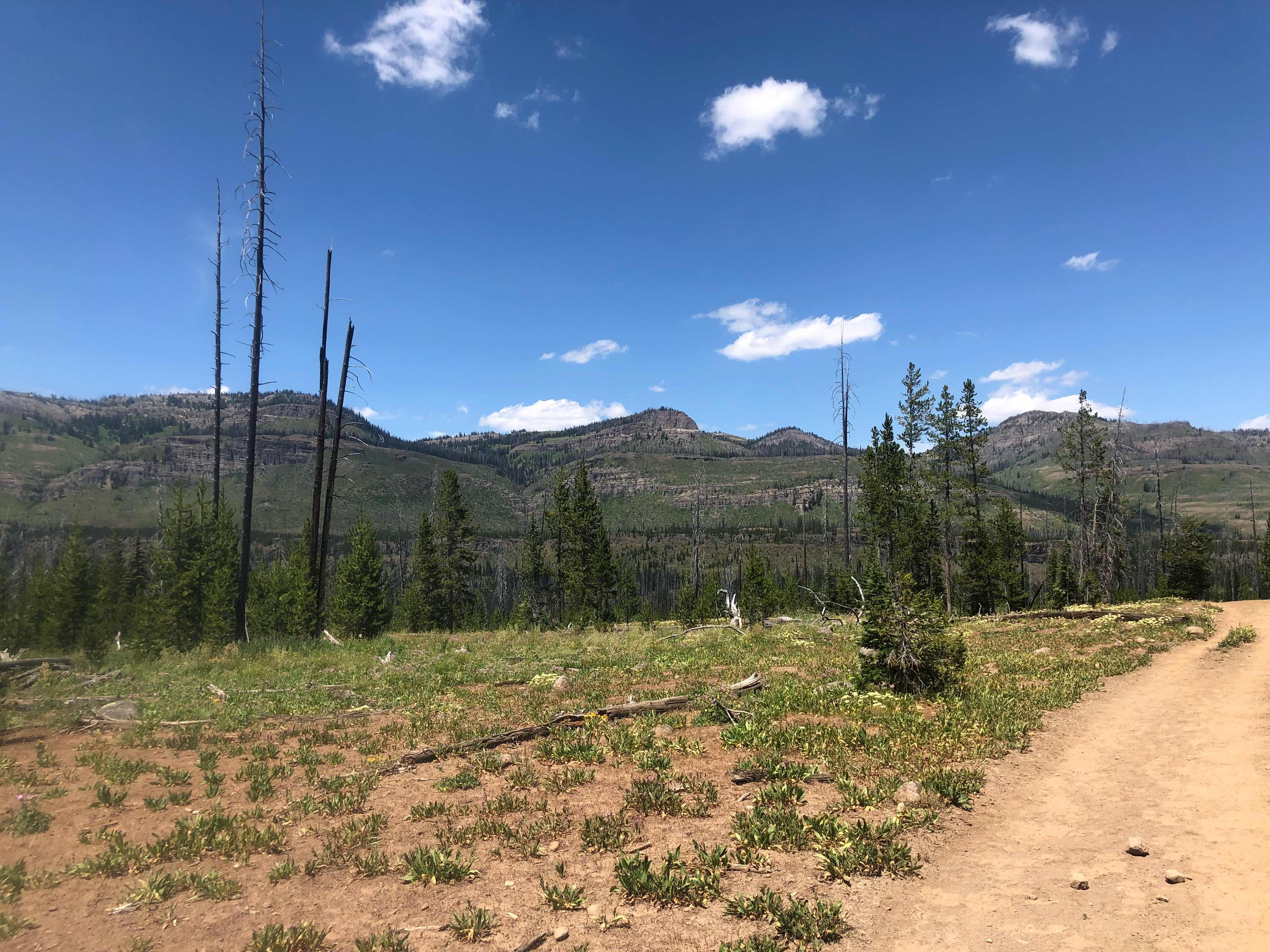 Reminds me of my time in New Mexico

I hiked over a creek called North Two Ocean. It was also referred to as the parting of the waters. The creek turned into Pacific Creek and Atlantic Creek. It was a cool reminder that I am hiking along the Continental Divide. 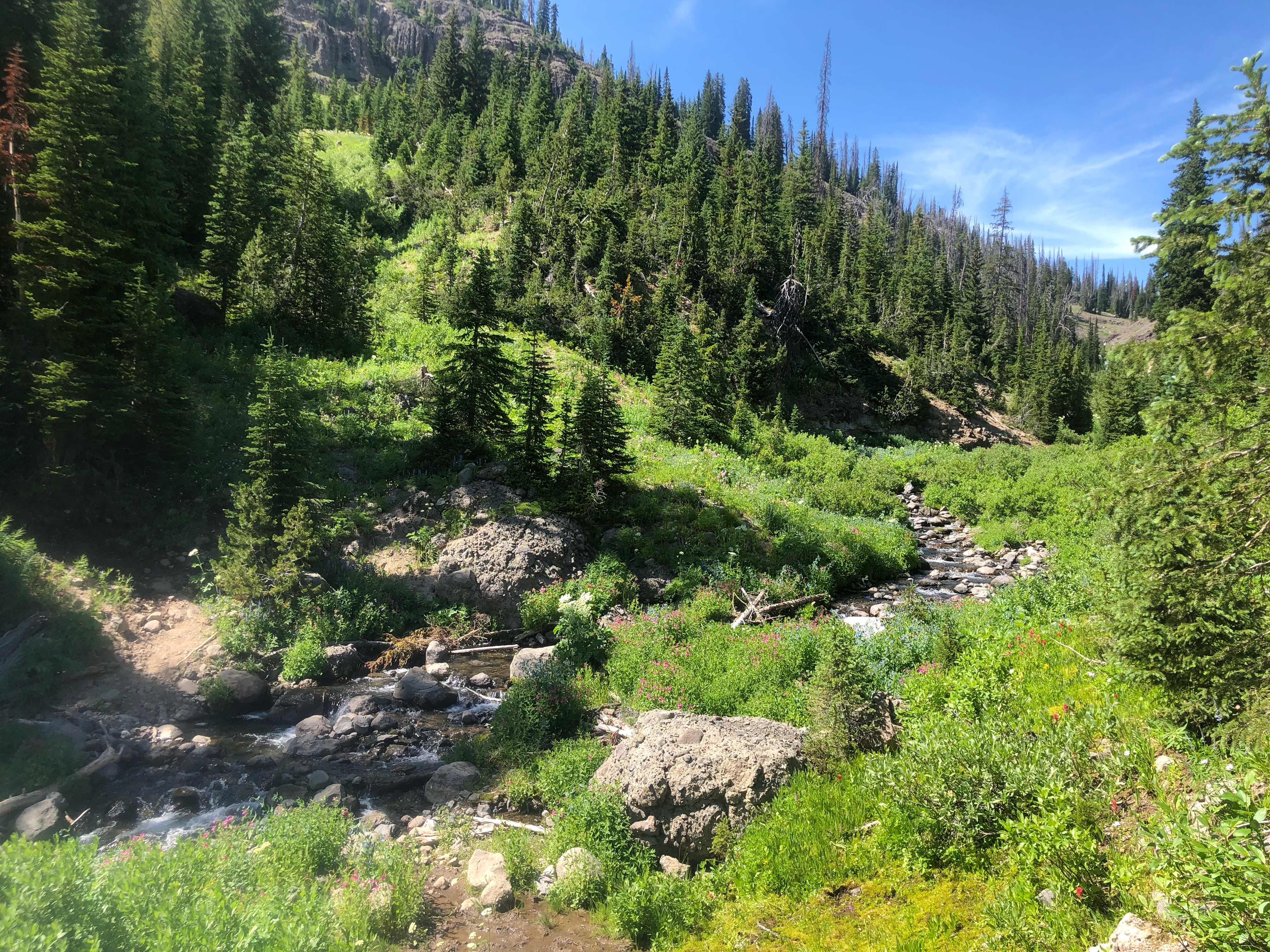 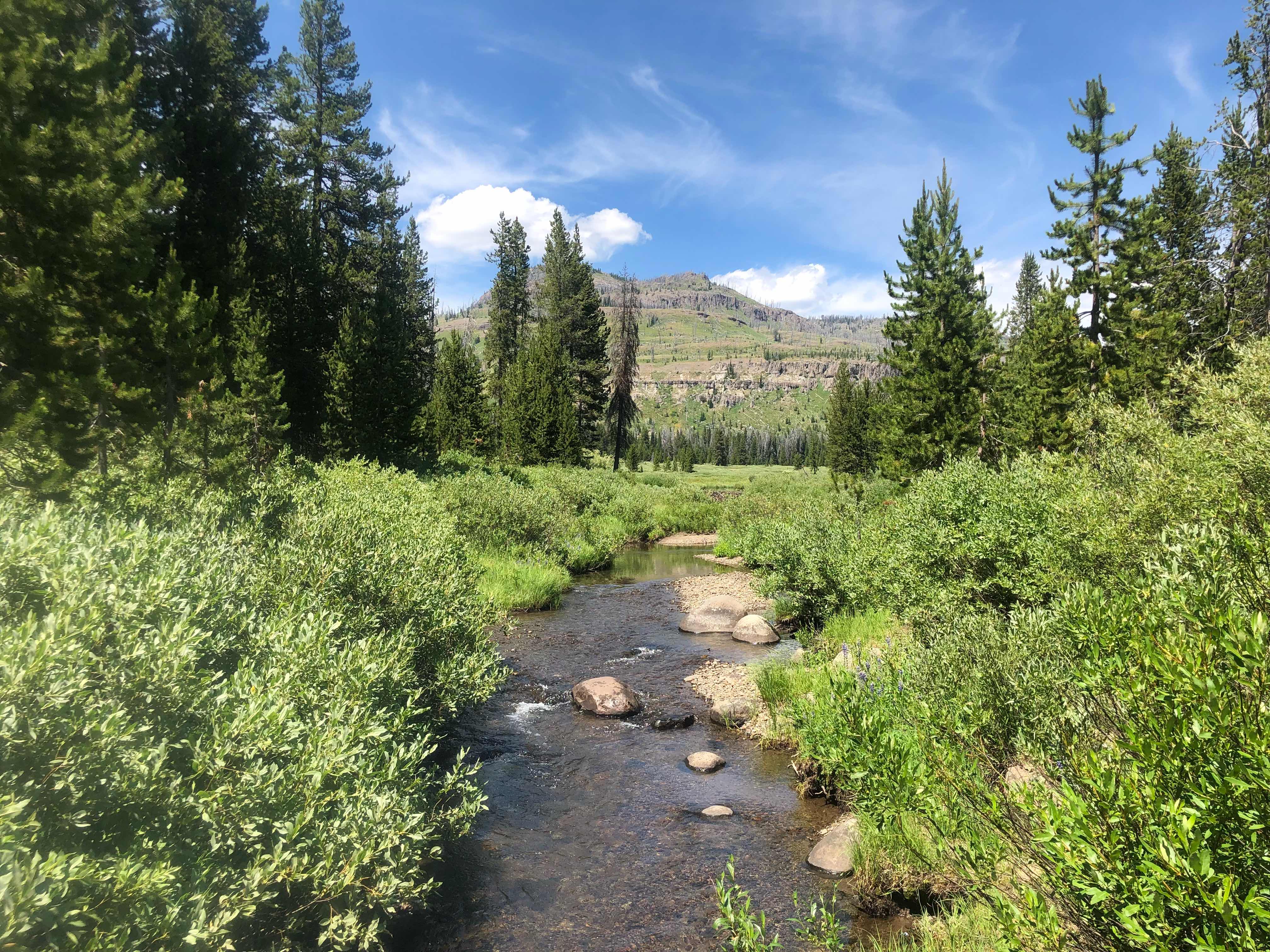 Atlantic Creek
I haven’t seen another thruhiker since I left Dubois. I know someone is just a little ahead of me based on footprints along the trail, but I haven’t managed to catch them yet. I got cell reception just before the end of the day. I tried calling the backcountry permit office in Yellowstone to change my permit, but they didn’t have any campsites farther along the trail. These miles have been so easy that I would have liked to spread out my assigned campsites in the Park by a few miles. Tomorrow will only be a 20 mile day followed by a 27 and another 20. The permit office informed me that they put another cdt hiker on one of my sites. I wonder who it will be, the permit guy didn’t say.
Shortly after getting cell reception I got another brief view of the Tetons. I don’t think that view will ever get old! I also saw another bear print. This one was a little bit more concerning because it was only .1 miles from where I camped. On the PCT and AT I was always excited to see bears, but those were black bears. I’ll be fine if I don’t see a grizzly on this trail. It isn’t that I’m scared, I just have a lot of respect for the apex predator. 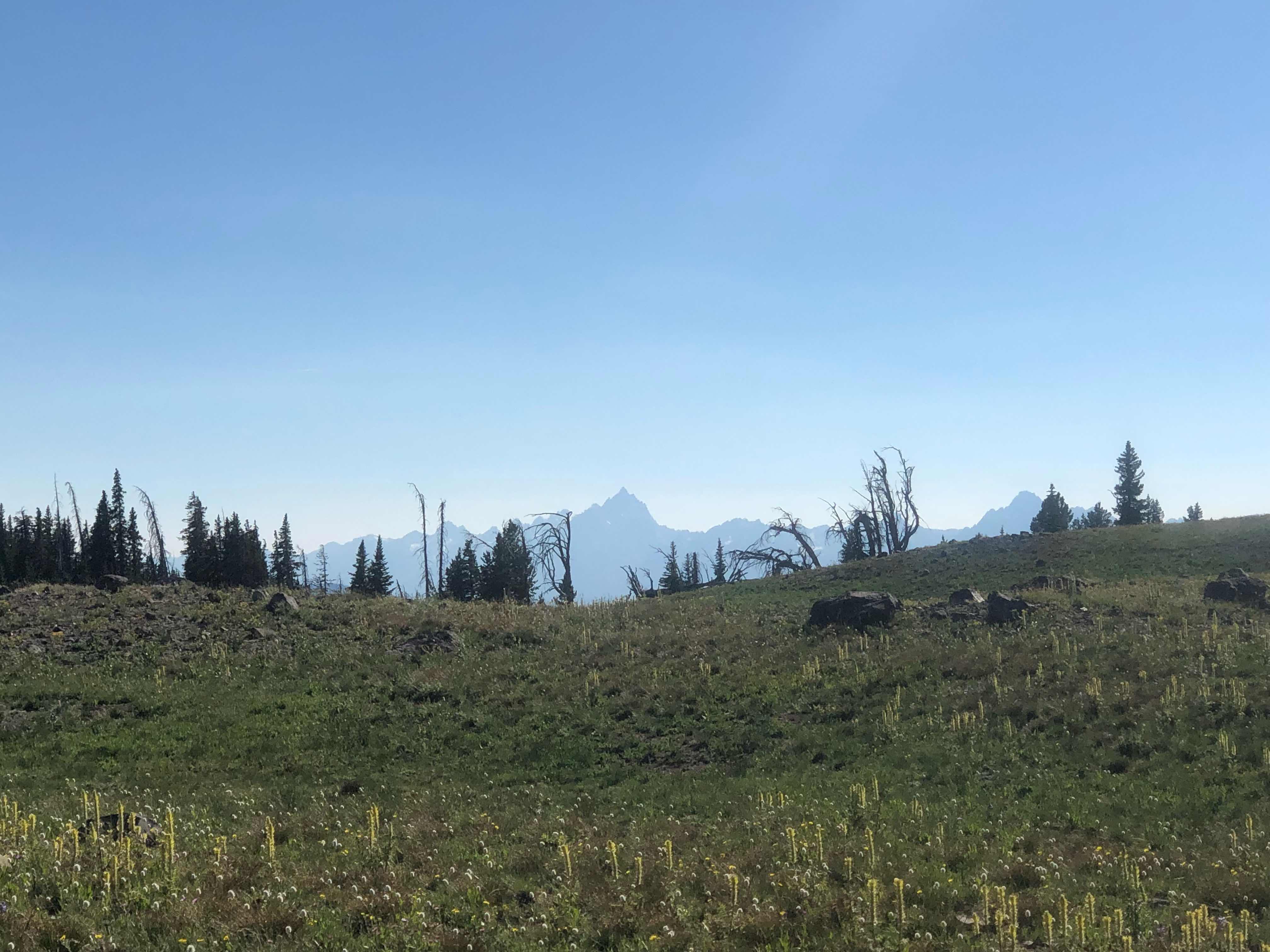 Teton Range
My camp chores went by a little faster tonight. I got my bear bag hung up faster than last night and without incident. I hope I can improve my morning time tomorrow as well. I’m looking forward to hiking in Yellowstone for the next three days and nights. 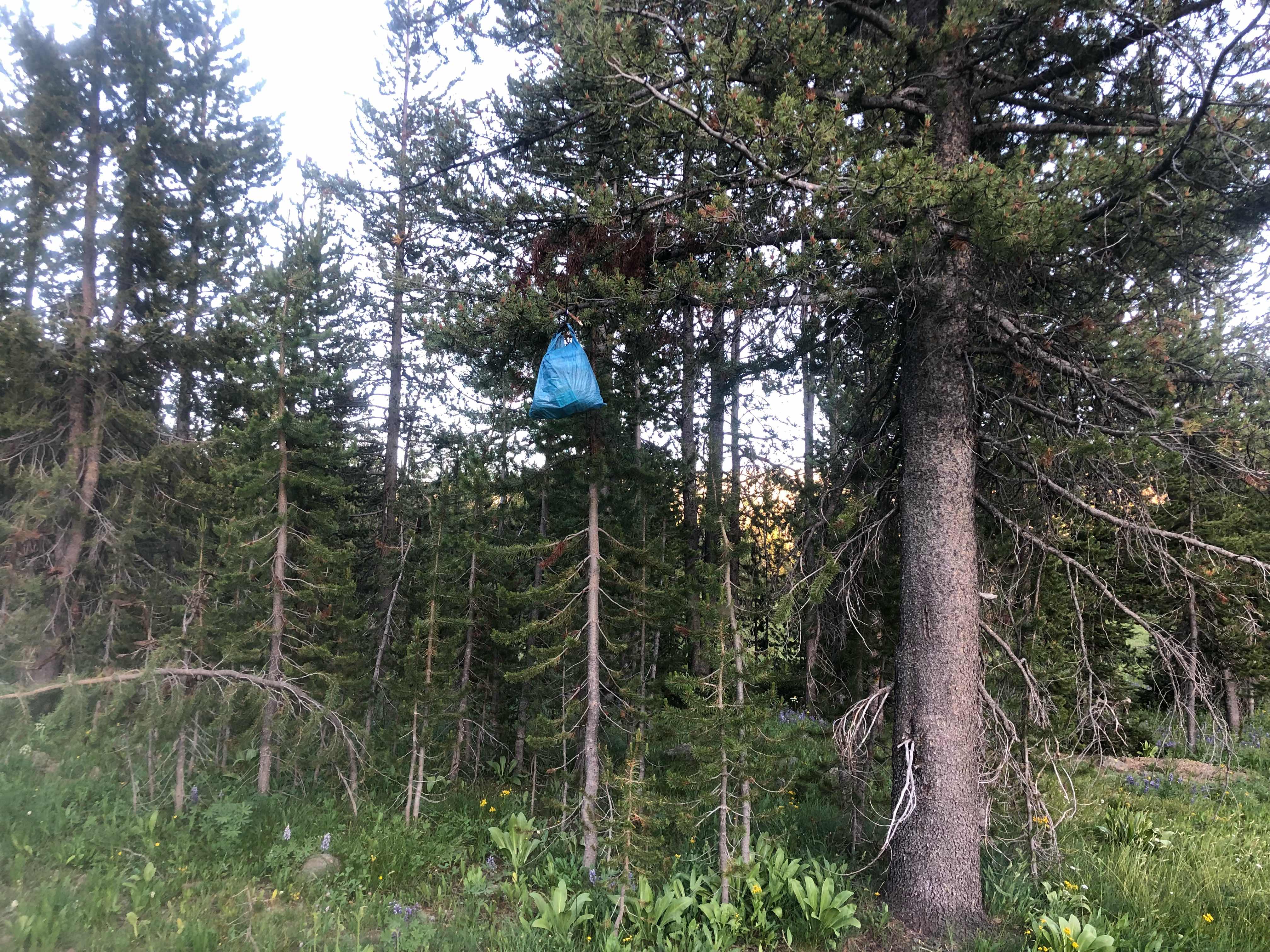 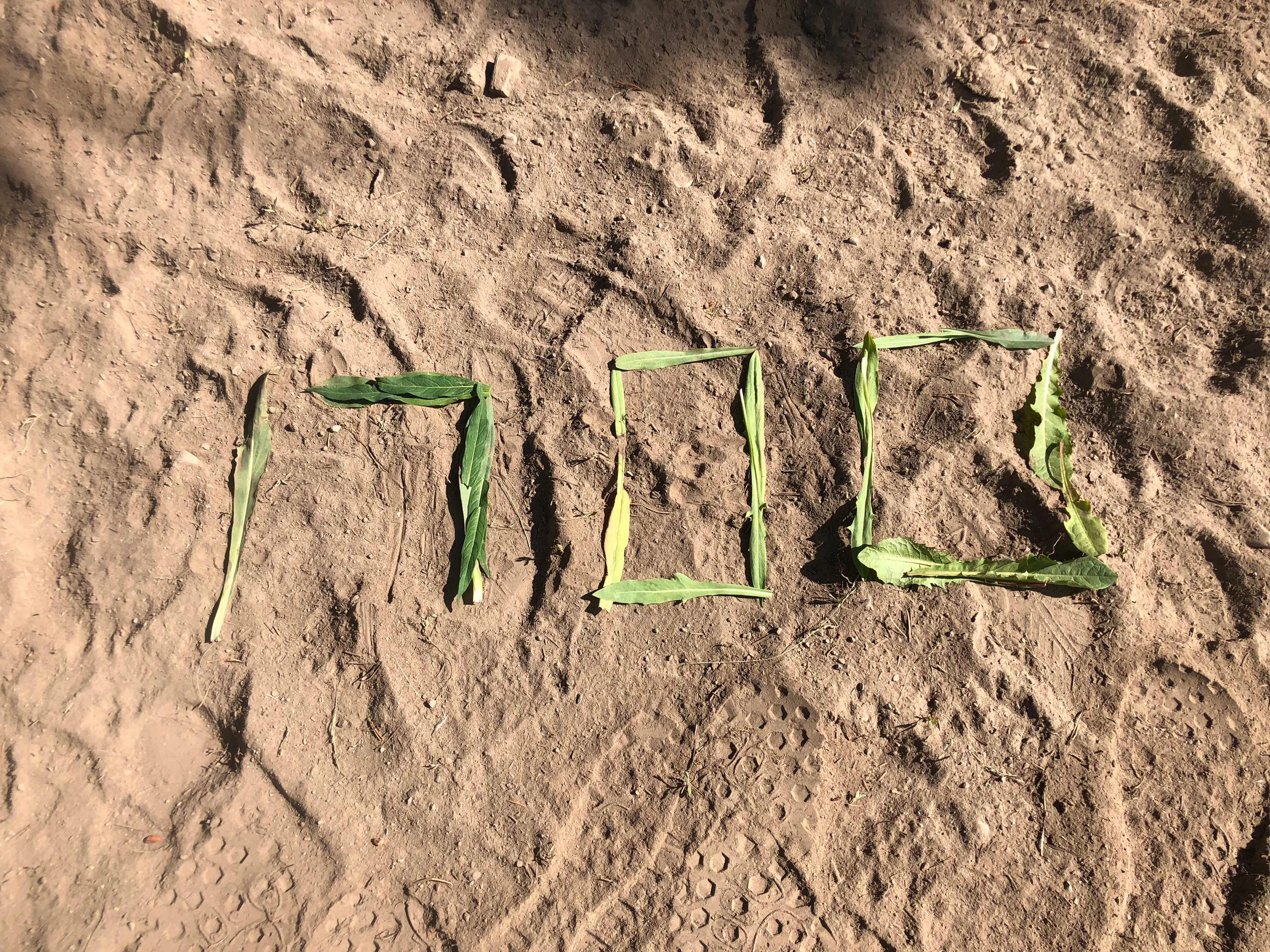 “Do not grow old, no matter how long you live. Never cease to stand like curious children before the Great Mystery into which we were born.”
– Albert Einstein