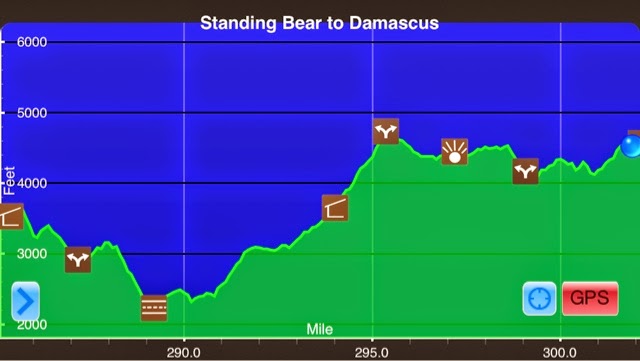 What a fantastic day. The sun was shining and it was around 55 degrees out, ideal hiking weather. I only had one steep climb and it was in the early afternoon. I was up early and out of camp by 8:30. I hiked for about 5 miles and hit a major road. There was a tiny convenience store right down the street. I'm pretty sure it was an unlicensed store. The owner was inside a double wide trailer and smoking a cigarette when I walked in. There was an old fashioned reach in cooler with soda and water. The only other thing they sold was candy bars, Little Debbie snack cakes, microwaveable sandwiches, and coffee. In other words, a hikers dream. I got a mountain dew( first one I've had in years) and a nutty bar. I was back on the trail within minutes. 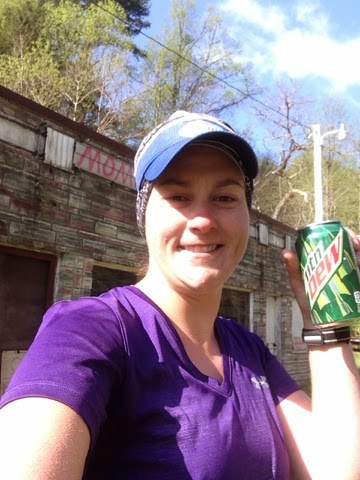 Mom's Convenience Store
I crossed back into Tennessee. I've lost count of how many times I've been back and forth between NC and TN. 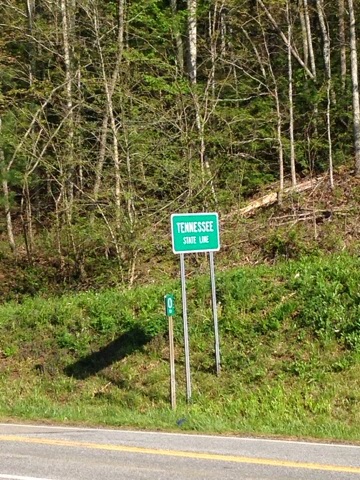 After a tough day yesterday, both emotionally and physically, I was back in the zone today. I was averaging 3 mph most of the day. I have to stop every hour to eat though, so that slows me down a little. I stopped and ate lunch around 12. There was a shelter right on the trail. I love it when that happens. Sometimes they are .2-.3 miles off trail. Eating at a shelter provides a picnic style table to sit down at. This one also offered a place to filter water. I started eating more of a proper lunch instead of relying on just snickers, cliff bars, and builder bars. I packed in tortilla shells, peanut butter, cheese, and salami. I had one tortilla with the cheese and salami and another tortilla with peanut butter and a nutty bar. It was amazing!!!! 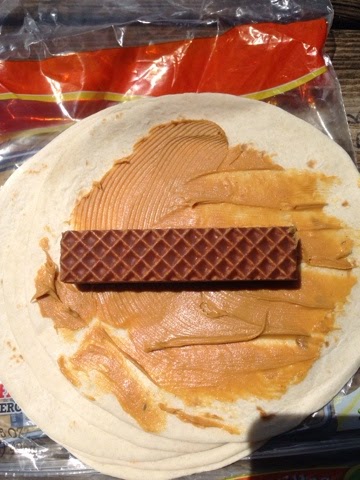 Fat Girl Heaven
After eating so many calories I was fueled up for my big climb of the day, over 1,100 feet of elevation in just over a mile. I was definitely huffing and puffing after that.
I thought the rest if the day looked pretty easy. The elevation chart didn't show anything outrageous, but it also doesn't show me what the terrain looks like. I came to a fork in the trail labeled bad weather bypass left, exposed ridgeline trail right. Since it was a beautiful day, I knew I couldn't take the weather bypass, that would be blue-blazing. Plus, exposed ridgeline sounded like fun. What this failed to convey to me, was that I would be rock climbing, but the views made it well worthwhile. 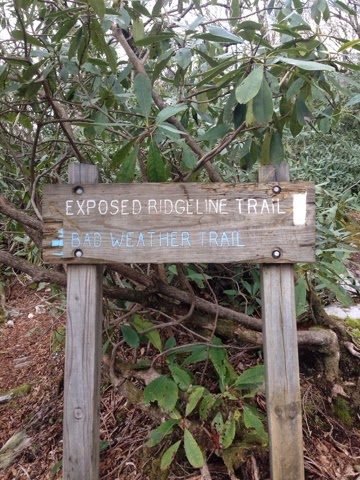 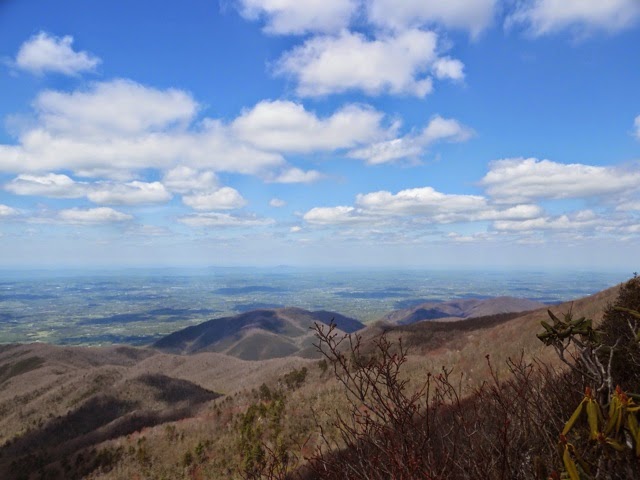 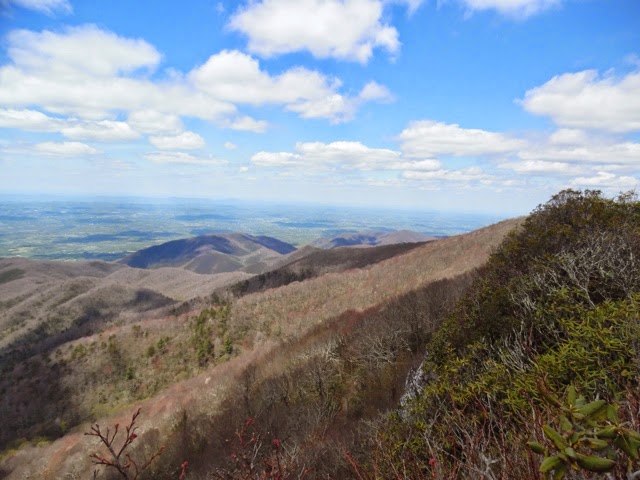 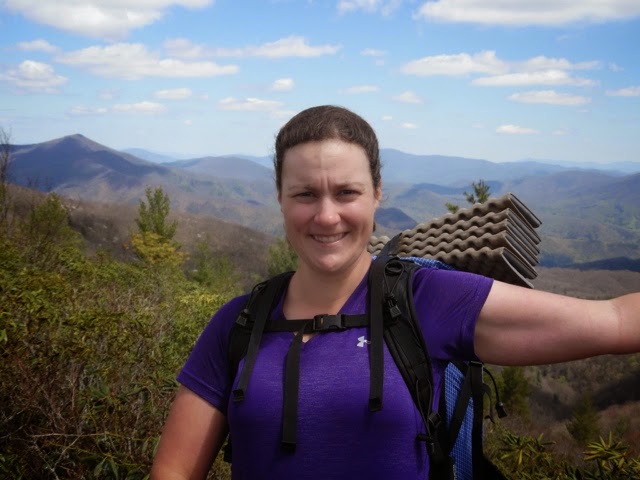 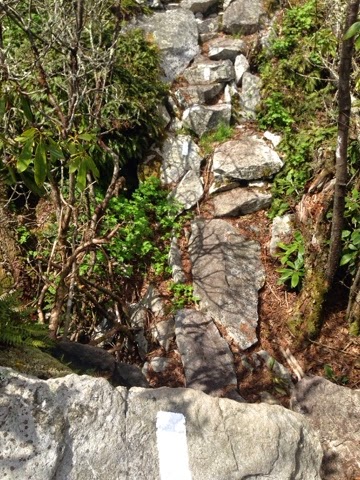 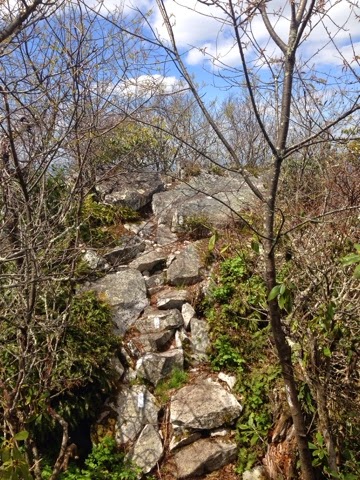 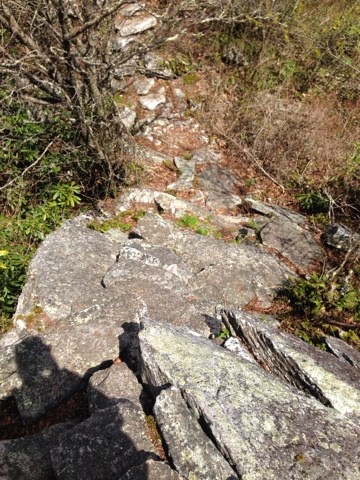 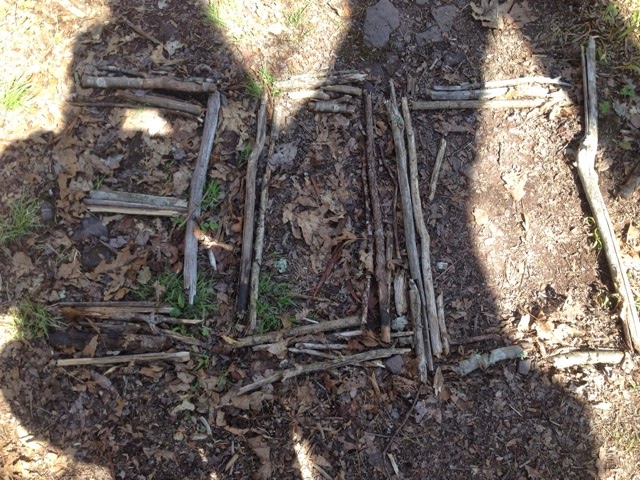 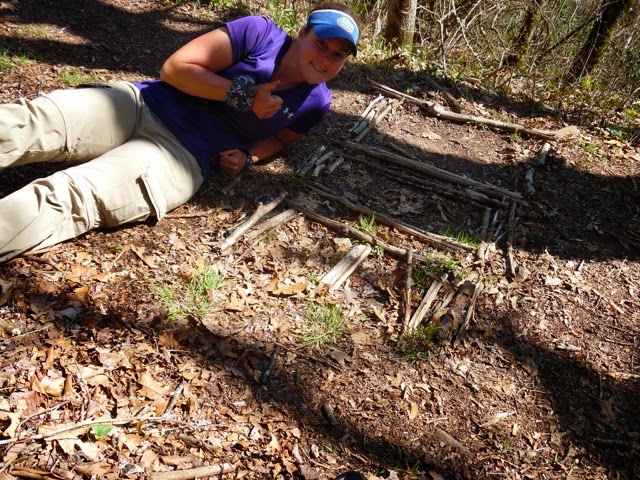 Only 1,889.2 to go
I hardly saw any thru-hikers today. I passed HVAC and Lorax early this morning. I was hoping they would catch up to me when I stopped for lunch, but I didn't see them again. I did however run into the "fool" from last night. He wanted to continue our conversation about yellow blazing, but I quickly changed the topic by asking about the water source nearby. After some small talk he hiked on and I never saw him again. I reached my planned campsite around 4:30 and found it full of section hikers. They were nice guys from a Christianity program. While we were chatting they told me there would be 12 of them camped there and they were pretty loud. I decided to hike a few more miles and I'm glad I did. I found a perfect camp spot on top of a bald. There was a fantastic spot for my hammock. I cooked dinner and watched the sun set on a pretty perfect day. 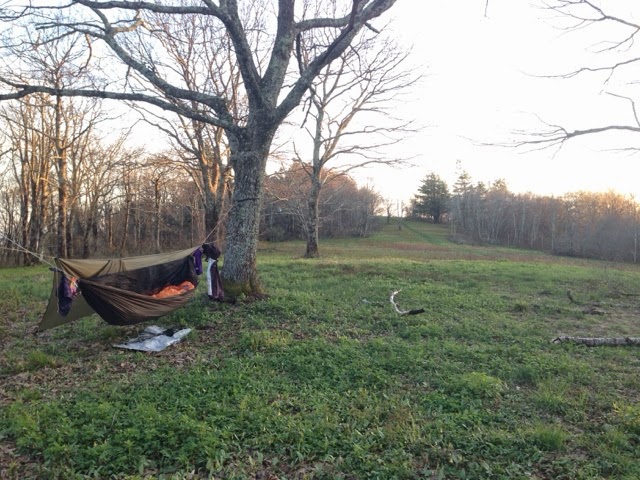 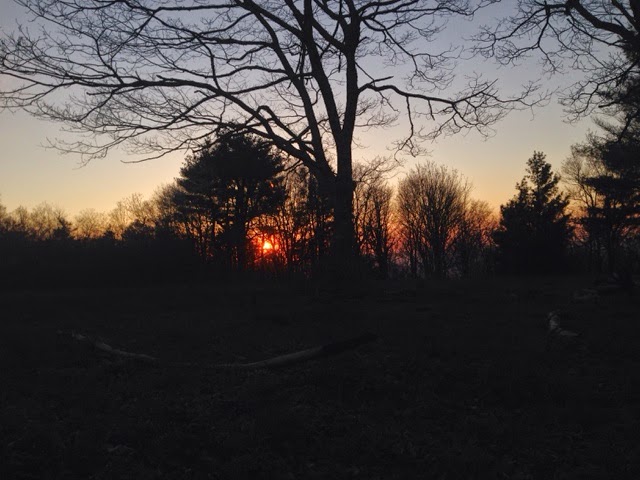 I haven't seen many sunsets since it usually rains at night
I'm hoping for another great day tomorrow and the weather forcast shows more sunshine with little chance of rain.
"The very basic core of a man's living spirit is his passion for adventure." -Christopher McCandless
Posted by Yoda at 10:55 AM