Day 1- Trial by fire(actually it was rain)

Day #1 on the trail today. Not exactly the way I have pictured it for the last 7 months. In my mind it was a beautiful spring day. The sun was shining, the were birds singing, and I was bounding up and down the mountains. Well, as I woke up in the hotel this morning, reality bitch slapped me in the face. Today was a day of fog, cold, and rain, but I did bound up the mountains.

My amazing parents took me to Amicalola Falls State Park visitors center so I could check in, weigh my pack, and take the obligatory picture in front of the archway. I was super stoked to have weighed in at 27 lbs. as most of you know I have painstakingly agonized over everything that has gone into my pack. My toothbrush looks more like a prison shank than a toothbrush. All my craziness had paid off. I was surprised to learn that I was thru-hiker #932. I thought I would be around 800. 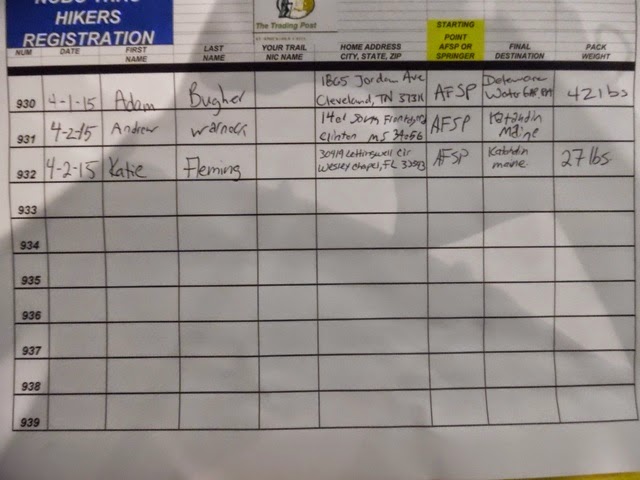 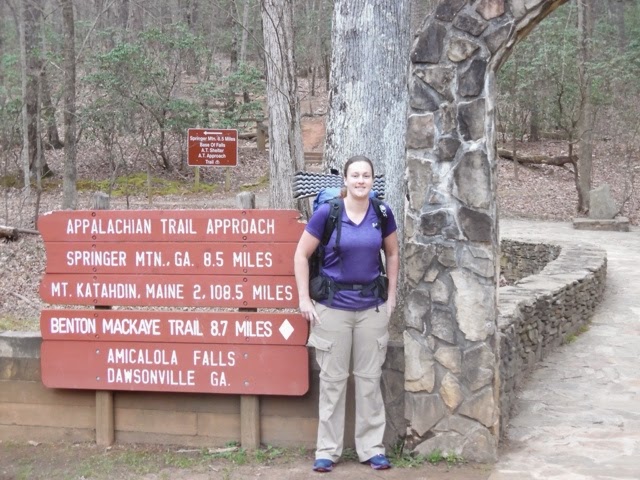 Next up was the long drive up Springer Mt. Most people do the approach trail, which is a 8.8 mile walk to the top of the Mt. It includes 604 stairs that parallel a waterfall, then you climb up and down 4 mountains. I've done this  section before and didn't feel the need to do it again. It's not officially the Appalachian Trail, so I don't feel like I cheated.

As I got out of the car at the top of Springer Mt.  the enormity of the adventure that lay ahead of me was apparent. Instead of being greeted by a nice spring morning, I was greeted by fog and a brisk 48 degree temperature. As I unloaded my pack from the trunk it began to rain. Mom and Dad were wearing shorts and t-shirts and graciously backed out of hiking the first few miles with me. I couldn't blame them, heck, I thought about sitting in the car until the weather changed, but I knew that was not a viable option. Since I didn't do the approach trail I was in a difficult position. An official thru-hike must begin at the summit of Springer Mt. Unfortunately, I was in the parking lot .9 miles north of Springer Mt. To officially log a complete thru-hike I found myself walking .9 miles south on a northbound (NoBo) hike.
I saw a lot of others hikers on my jaunt up to the summit. I snapped a few pictures, signed the trail book(Hey JC, I left you a message) and headed back down the way I came. 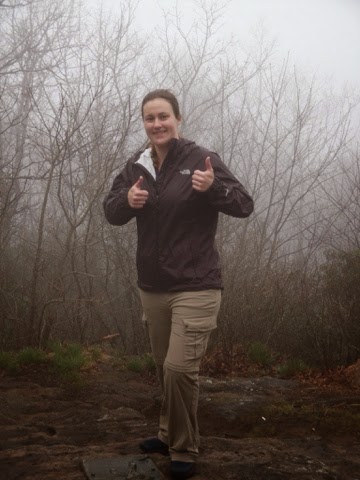 On the way down I met "Girl Scout", we hiked together and chatted for most of the day. A little after we met, she suggested we stop and have lunch at Stover Creek shelter. I was super happy to get out of the rain and have lunch. 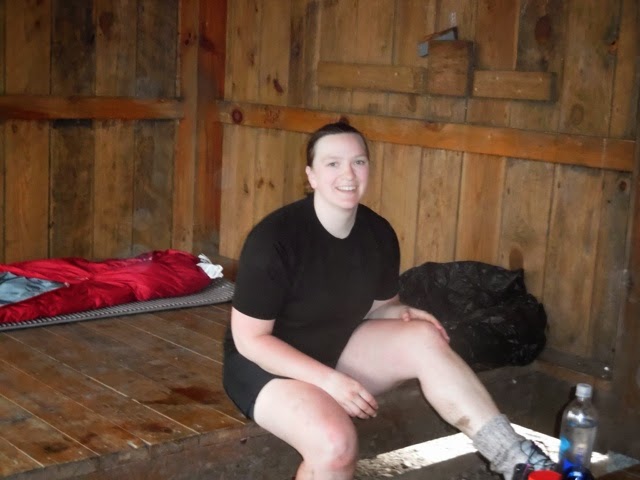 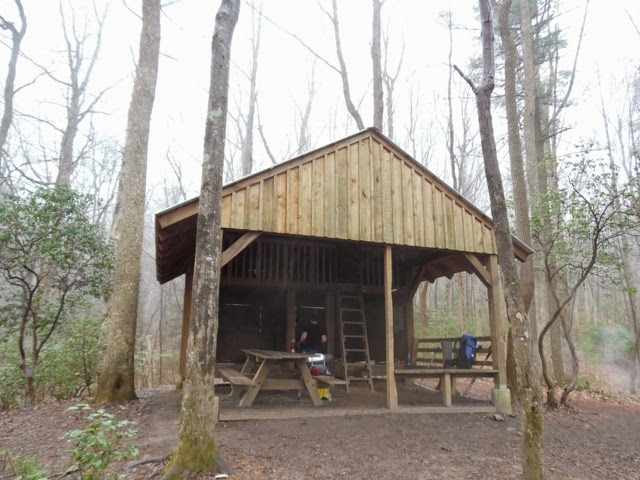 At Stover Creek we meet a gentleman who was thru-hiking wearing a pair of jeans. He was averaging 3 mi a day, and drinking straight out of the streams. We showed him how to use his water filter and we wished him luck and the were on our way. I really hope he figures this hiking thing out and succeeds in his hike.
The rest of the day was a blur. I quickly began to outpace Girlscout(who rocks out a 40lb pack) on the uphill climbs, so I didn't see much of her until I stopped to filter water. There were several other thru's filtering water at the same place. I meet Maverick, Hashtag, Wookie,  a fellow Floridian tentatively named Genius, and Cairn. The shelter was full and with a thunderstorm approaching we decided to camp together just off the trail. Shortly after 2 more people showed up with a dog. I am very excited about having a dog in camp. Now I don't have to hang my food up. Bears won't usually come into camp with a dog around.

I am already amazed at the social aspect of the trail. So far everyone has been really nice and fun to hang out with.  The weather might be shitty, but I'm still living MY dream and having a blast.
It's starting to get late and I'm pretty tired. I hope everyone enjoyed my first real blog post. I'm going to try and post every night. If I don't have service, I'll post ASAP

"The greatest adventure is what lies ahead" JRR Tolkien
Posted by Yoda at 6:01 PM