May 13, 2016
Mileage points are hard to calculate due to the detour. ~18 Miles
Only partial elevation map due to detour 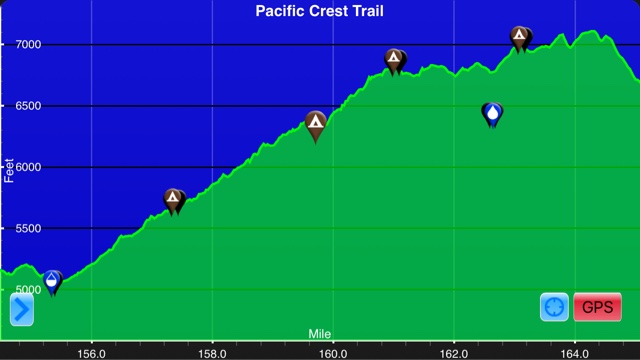 Today was equal parts amazing and crappy. The official pct was amazing. The alternate was crap. The first 10 miles reminded me of the Whites in New Hampshire. It was also the first time we have had significant elevation gain. The highest point today was 6,800 feet. The highest point in the AT, Clingman's Dome is only 6,644 feet. It was also the first time I've really struggled to climb a mountain out here. It was tough, but I absolutely loved every second of it. Unfortunately, the best part of the hike was cut short due to the fire closure. It was disappointing to say the least. 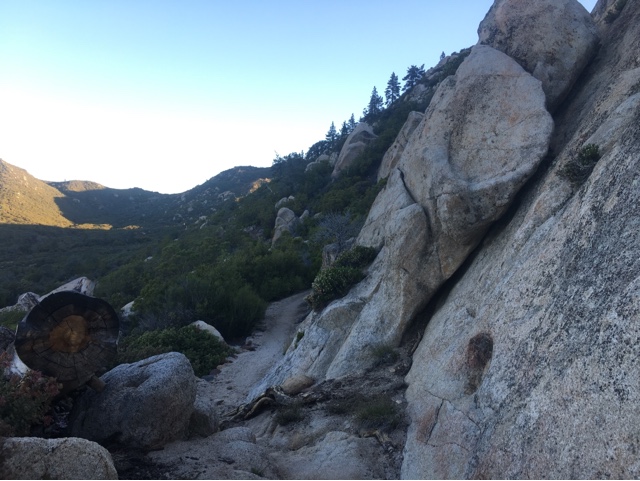 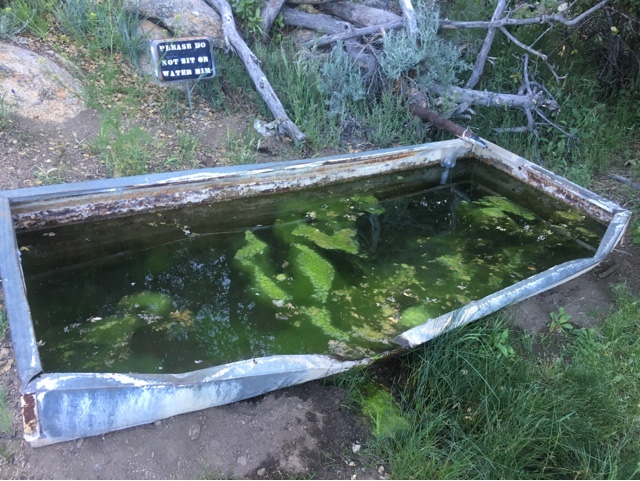 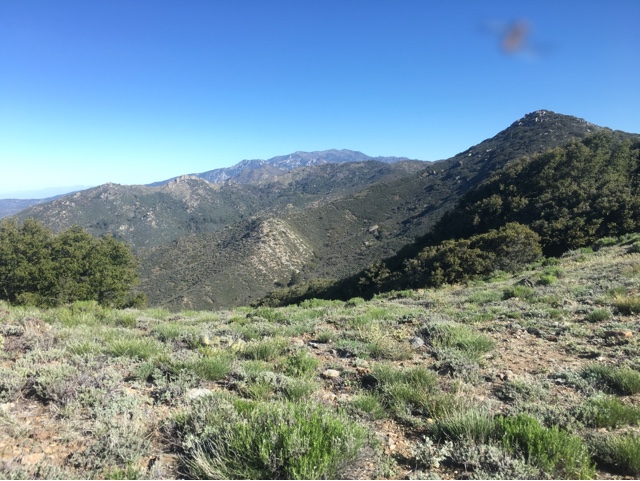 I started towards the bottom of the mountain on the right. Also managed to capture a hummingbird in flight
Once I got up to higher elevation the terrain changed into a subalpine environment. I think that's why I was reminded of New Hampshire and southern Maine. 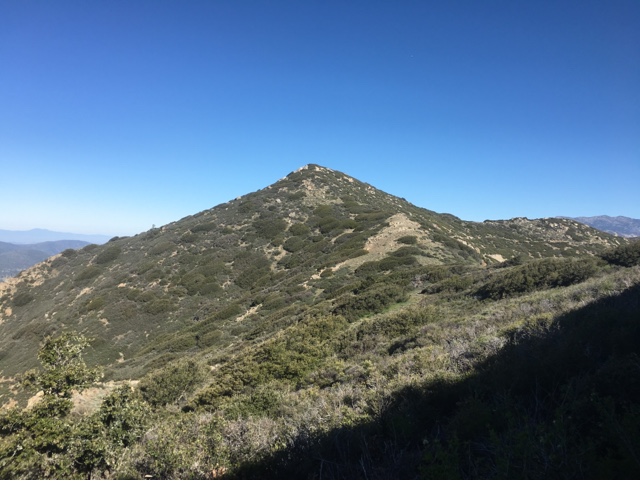 Subalpine environment
From the top of the San Bernardino Mountain range you could see down to the desert floor in Palm Springs. It was beautiful and my pictures don't do it justice. 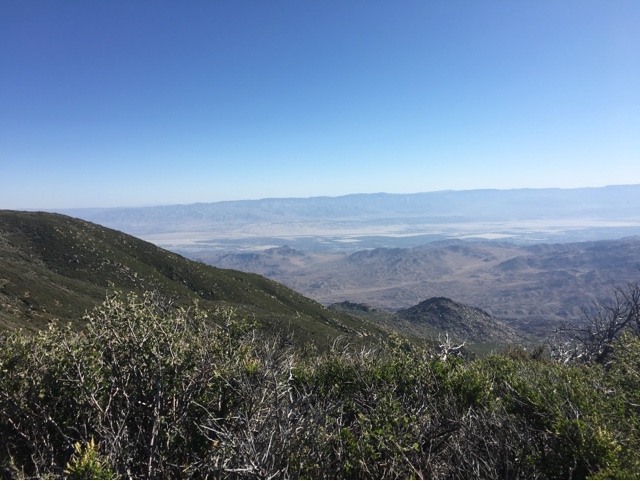 View into the desert. This was at 6,800'
The mountain fire closure started right after this point. The beginning of the alternate was nice. There were a lot of switchbacks which made the climb down easy. There are two official alternates. One involves walking the highway, the other dirt roads paralleling the highway. The group I'm hiking with had all decided on taking the dirt roads. Nobody wanted to walk the highway. Unfortunately, half of us had problems finding the correct route. I wasn't 100% sure one of the roads was correct and without having a map for that area I didn't want to risk getting lost. I ended up doing a combination of both alternates. The road walk was very unpleasant and when I finally made it to the dirt road it was unpleasant as well. 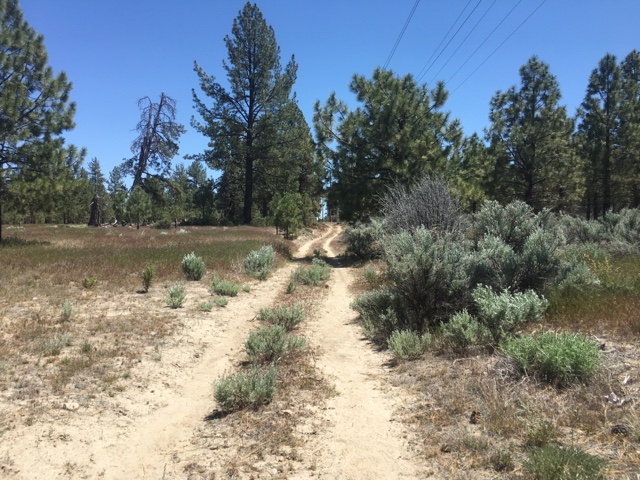 This was the dirt road. It was very similar to hiking the Florida Trail in July
Hawkeye and Evac took a wrong turn and ended up getting bad directions from a local. They were lucky to make it out alive(that is a little dramatic, but it could have been bad). Laurelee, Lily, and Travis took the correct route, but also thought that was miserable.
We are camped tonight next to the highway in a car camping park. It is loud and noisy and way past hiker midnight. Tomorrow we will be in town and everything will be right in the world, until the next fire closure 30 miles down the trail(more on that later). I'm looking forward to taking a shower, my first in a week. I'll also be able to do laundry for the first time of the hike. Yes, I'm dirty and smelly.
“Climb the mountains and get their good tidings. Nature's peace will flow into you as sunshine flows into trees. The winds will blow their own freshness into you, and the storms their energy, while cares will drop away from you like the leaves of Autumn.”
- John Muir
Because in the end, you won't remember the time you spent working in the office or mowing your lawn. Climb that goddamned mountain.
-Jack Kerouac
Posted by Yoda at 10:51 PM