Day 51- You Have Died From Dysentery

I thought that after my record breaking day yesterday that I would sleep like a rock. Unfortunately, my entire body was sore and my mind was overactive. There was also a curious coyote that kept circling my camp. I woke up to my alarm at 5:15. I finally convinced myself to start moving at 5:30 and left camp a little before 6. I had only hiked a few miles when I heard the cattle behind me start running. I instantly knew that Turtle was close behind. I slowed down my pace so that he could catch up. Last night was the first time in a long time that I have camped alone. It was nice and lonely all at the same time. I definitely missed Turtles company last night and this morning. I was stoked to hike with him for awhile this morning. 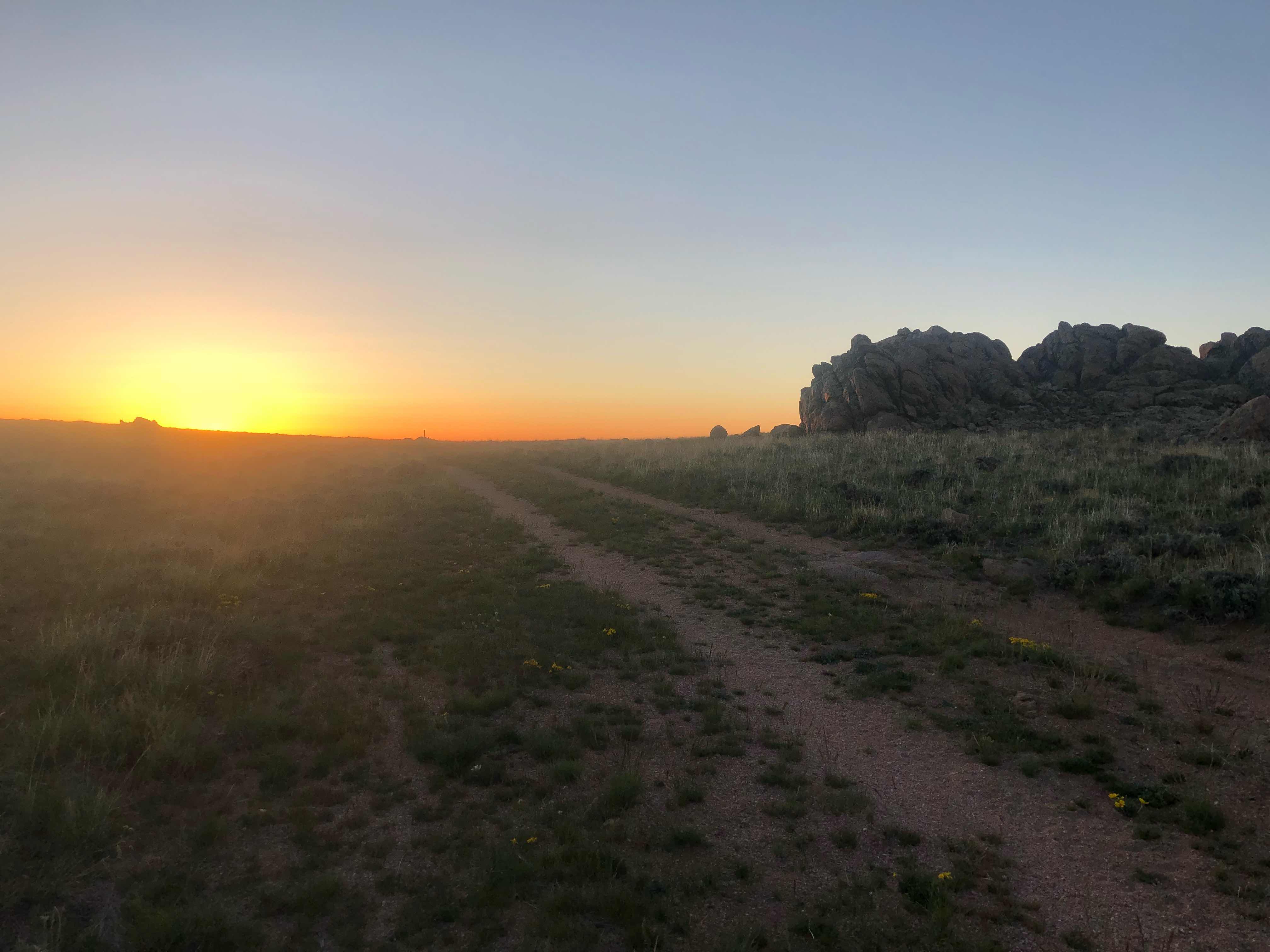 View from my sleeping bag
The morning started out pretty breezy. At first I was happy about it because it was going to be another hot day with very little shade. After a few hours the wind increased and it got old really quickly. Turtle and I hiked together until we hit mile 5. We took a break and he needed more time so I hiked on alone. We made plans to meet at the river at mile 14 or in South Pass City. South Pass consists of a general store and a ghost town. Not much of a city! 3 miles after South Pass we will cross highway 28, which marks the end of our flip. We will then hitchhike to Lander, WY and either catch a bus or hitch to Riverton. I have a car rental reservation there. We will return the car in Telluride and spend a day there before continuing on to Pagosa Springs. After we hike Colorado we will have to find a way around this section we have already hiked. I think my parents plan on meeting up with me to assist with that. Then I will finish hiking Wyoming, Idaho, and Montana. I just hope the snow has really melted out in S. Colorado. 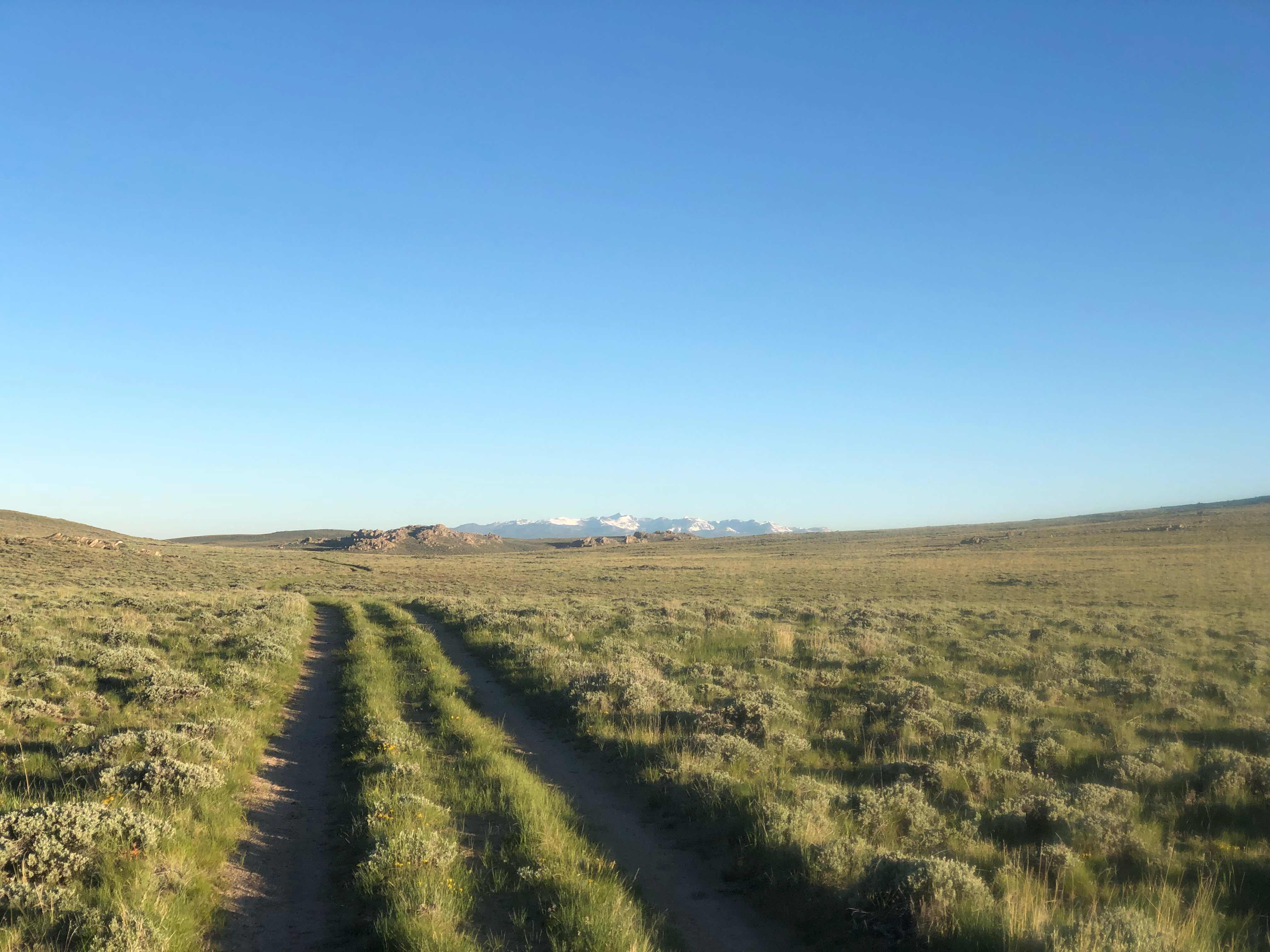 South Pass City is located at the base of those mountains.
I was telling Turtle about the message I had found in the water cache yesterday talking about the history of this area. Just as I was telling him that the Pony Express went through where we were hiking we crossed a marker for it. It was pretty cool to think about the early explorers and Mormons hiking through the same area. 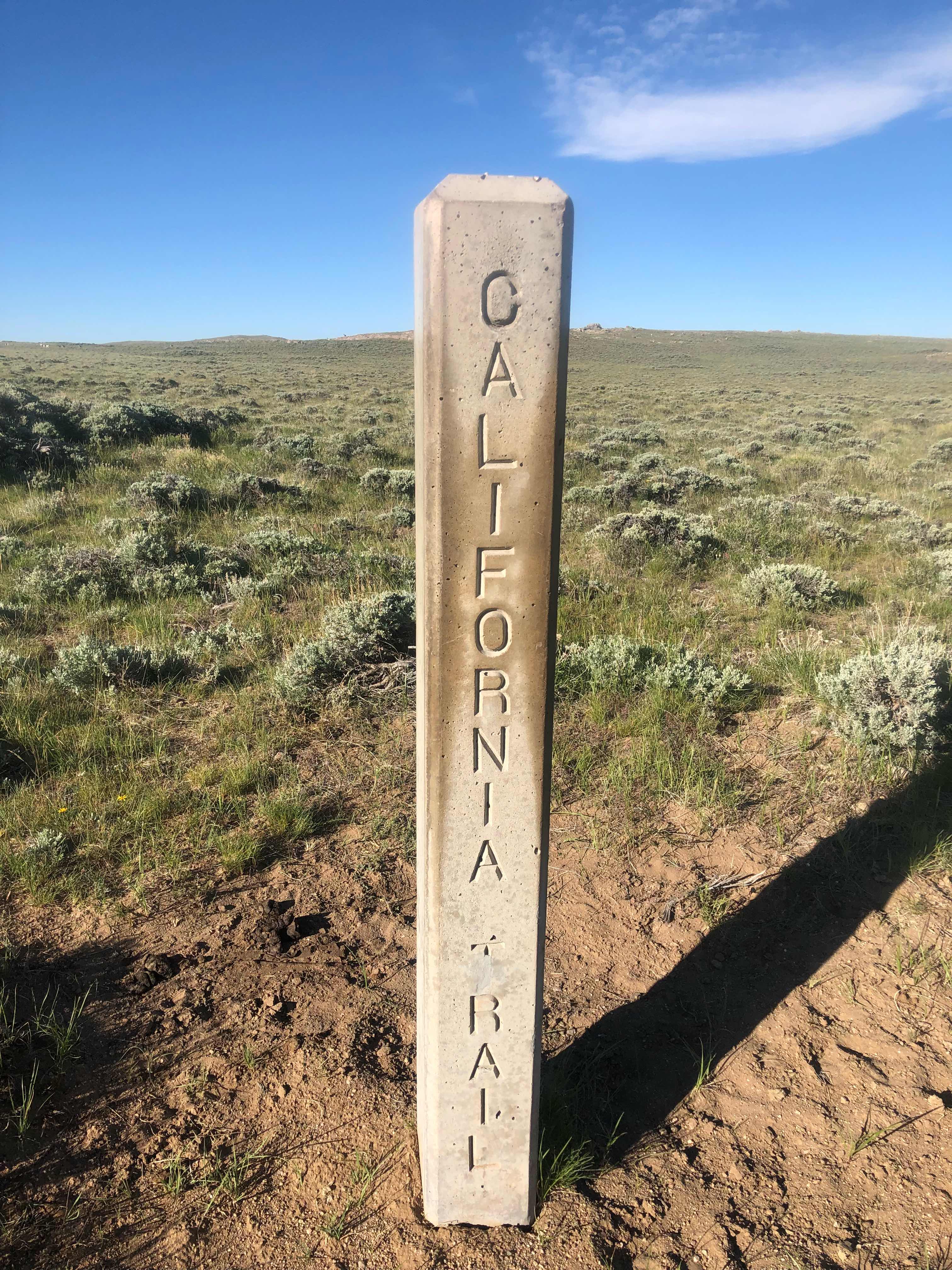 Seminole Cutoff of the California Trail
I started off hiking on another parallel trail, but it wasn’t long before that turned into a gravel road. After the long miles yesterday and the day before the gravel really made my feet angry. My legs were also feeling the miles. Instead of feeling fresh I felt like I had already hiked 10-15 miles. I knew it was going to be a long day.  I hiked the first 14 miles with no issues. Shortly before making it to the river I met an older gentleman section hiking. He said that he lived in the area and was slowly knocking out Wyoming. He also said that the trail after the bridge was horrible. It was several miles of cross country hiking with very few trail markers and lots of rocks. That did not sound like fun. I don’t carry the paper maps with the alternate routes listed, but I do have an app for that. I checked the Ley map alternate app and found an alternate that would avoid that section. I made it to the Sweetwater River bridge and waited almost an hour for Turtle to arrive. I explained that I was going to hike the alternate and he agreed that that sounded like the best plan. I hiked out before Turtle and we made plans to meet in South Pass. 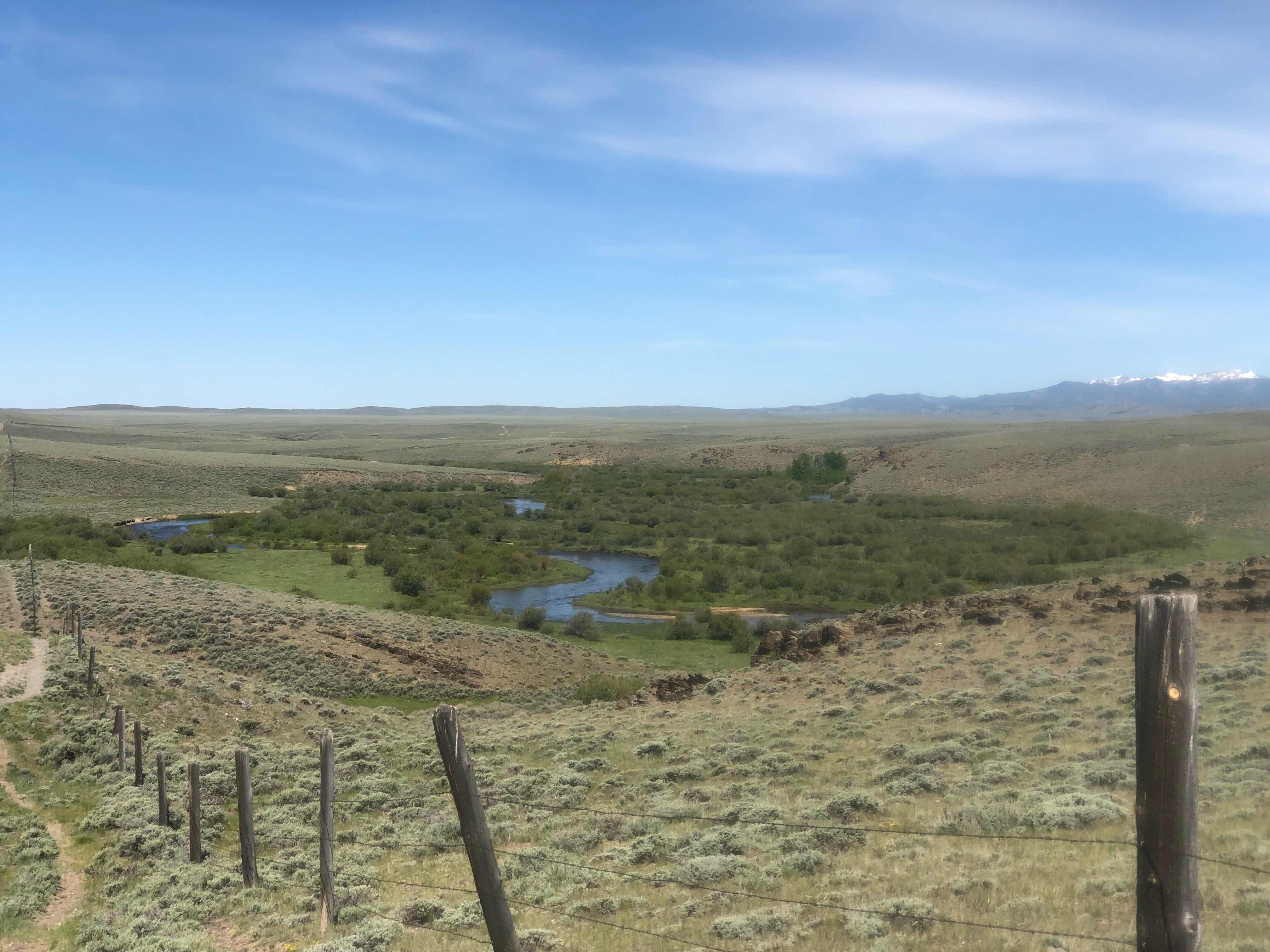 Sweetwater River
The alternate was pretty much hiking on the same gravel road for close to nine miles. I knew that my feet wouldn’t like it, but they would have liked the cross country route even less. The wind was annoying, but at least it wasn’t as bad as our first day out of Rawlins. I even managed to find some shade during the road walk. 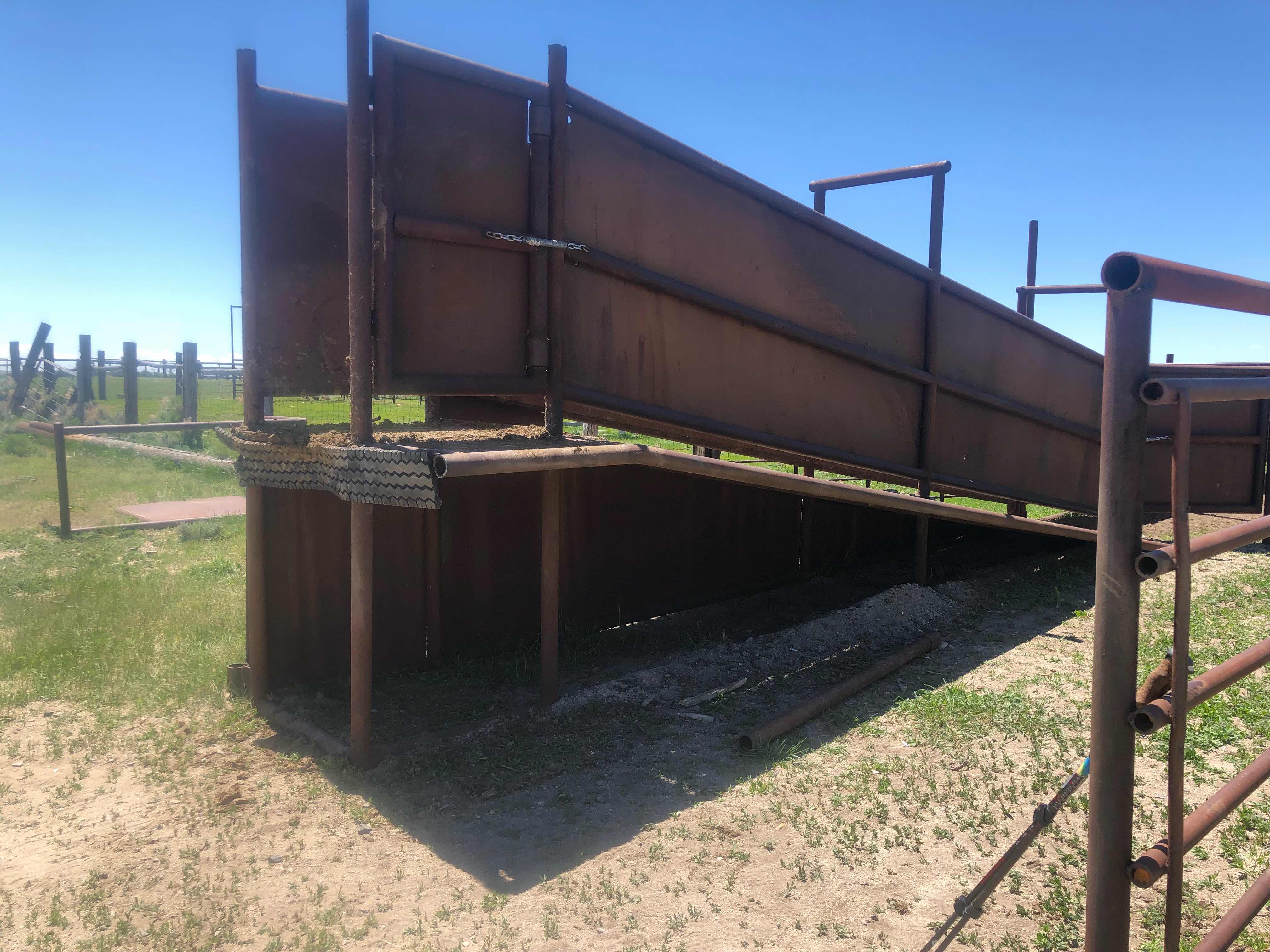 Artificial shade
The annoying part of hiking the alternate was not knowing how many miles I had done or had left to do. I hike roughly the same mph everyday so usually I can estimate how far I’ve hiked based on how long I’ve been hiking, but today seemed to drag on. I felt like I was going slower than usual and that messed with my perception. I ended up hiking the alternate faster than I thought. I guess I wasn’t dragging to bad. About halfway through the road walk I crossed the Oregon Trail. I didn’t die from dysentery like I used to on the old computer game. 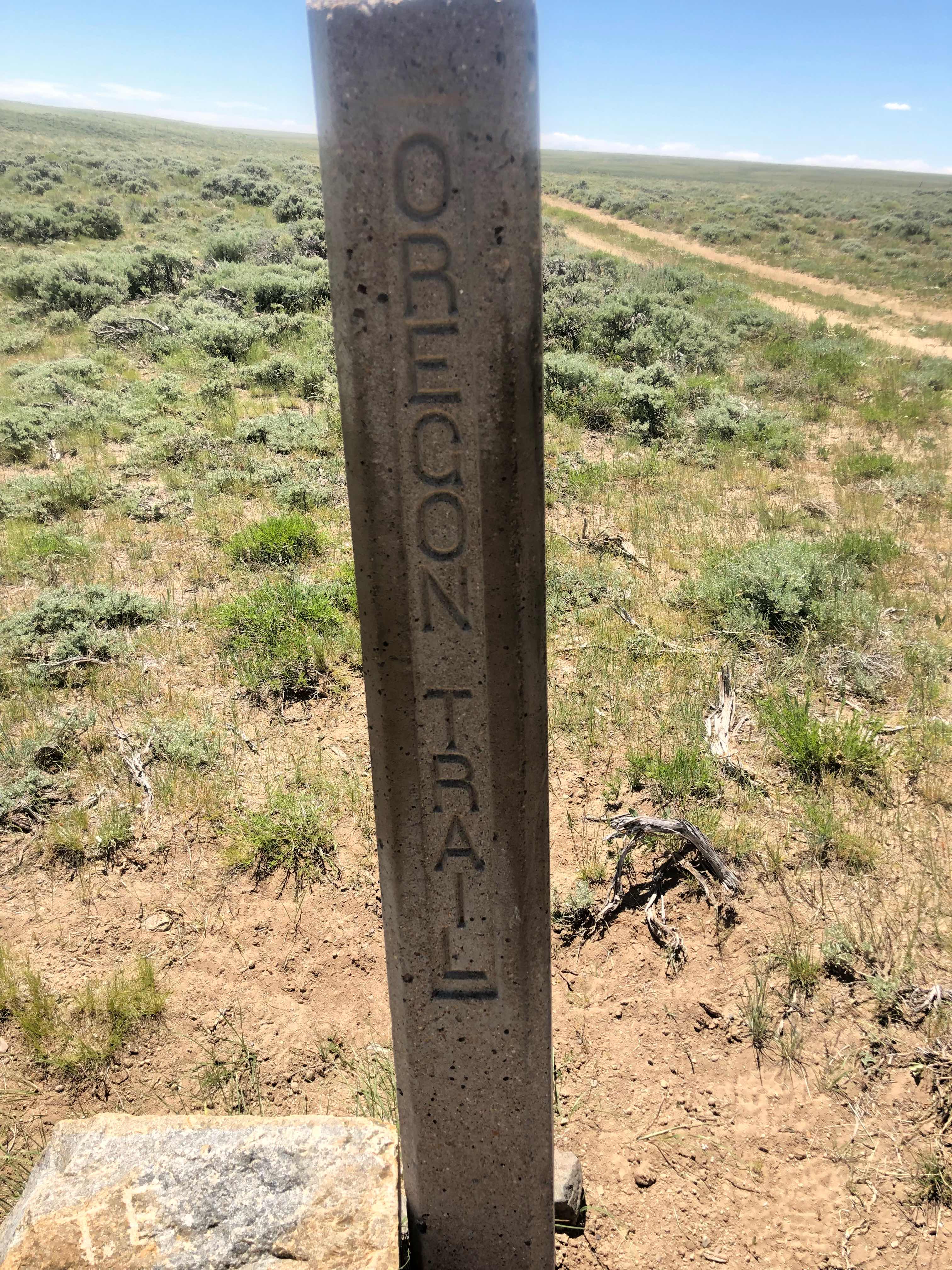 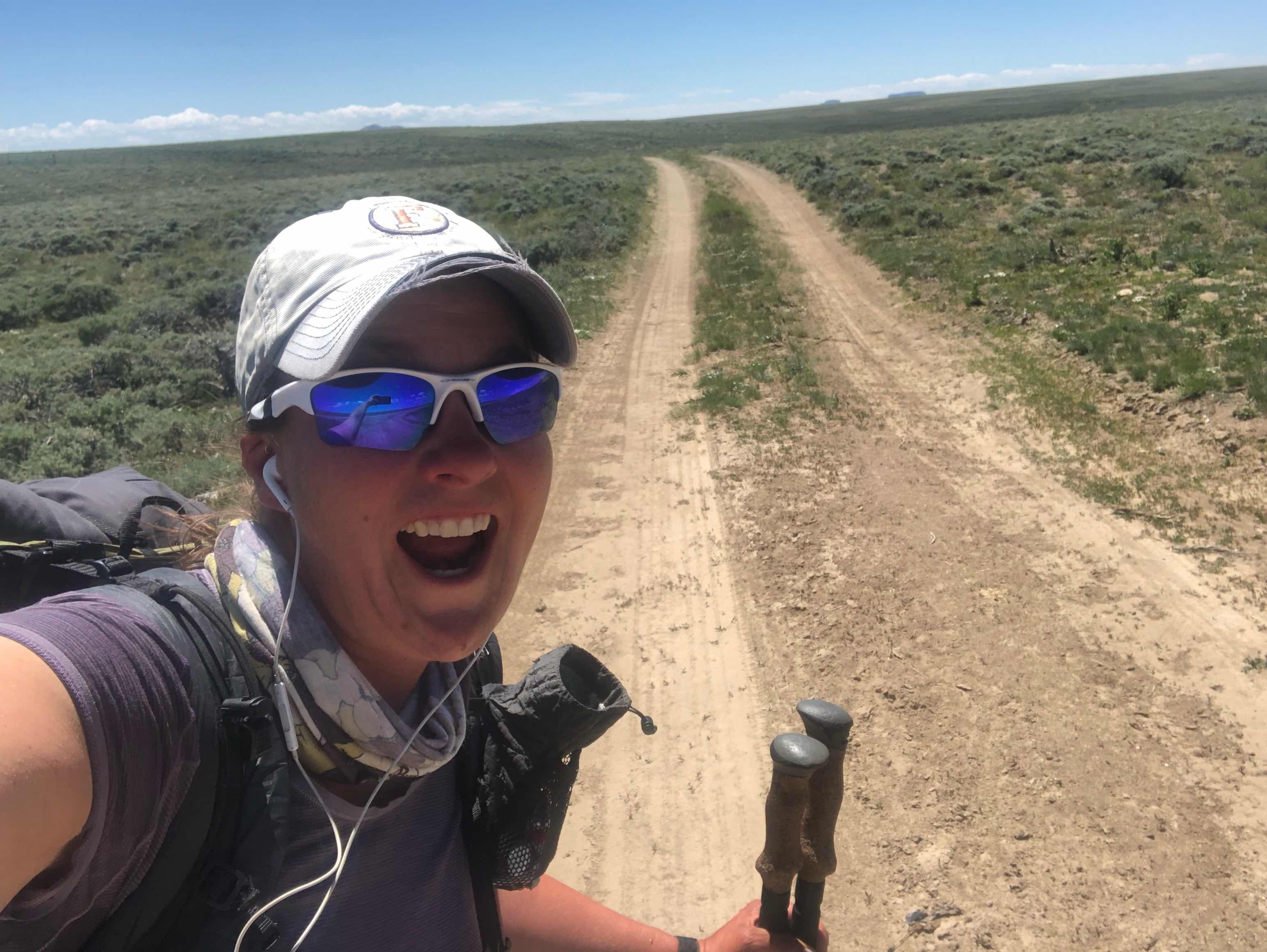 Excited to be on a part of American History and also a game from my childhood
Eventually I left the gravel road and began hiking on a “trail”. The “trail” started off as cross country, but then turned into a 2 track path. The nice thing was I had finally hiked out of the desert and started to enter into a lush, green wonderland. There were pine trees, aspens, and water. My time in the Great Divide Basin has come to an end. I reached South Pass City at 5:35. I headed to the general store for an ice cold soda and ice cream. To my extreme dismay it had closed at 5:30. I was soooooo close. I didn’t know what time it closed or I would have had a little extra pep in my step. Generally I’ve been pretty lucky when it comes to this kind of thing. I guess it was about time my luck ran out. At least I can have as much town food as I want tomorrow. Turtle and I need to be at the road early tomorrow morning. The last morning bus to Riverton from Lander leaves at 8:55. We have no idea on how long it might take us to catch a ride to Lander. Hopefully if all goes well we will be in Telluride tomorrow night. I will probably take the day off from writing my blog. I will combine the Telluride and Pagosa Springs days into one post. After the hiccups starting this flip I’m pleased with how smoothly it went overall. I hope the flop goes as well. 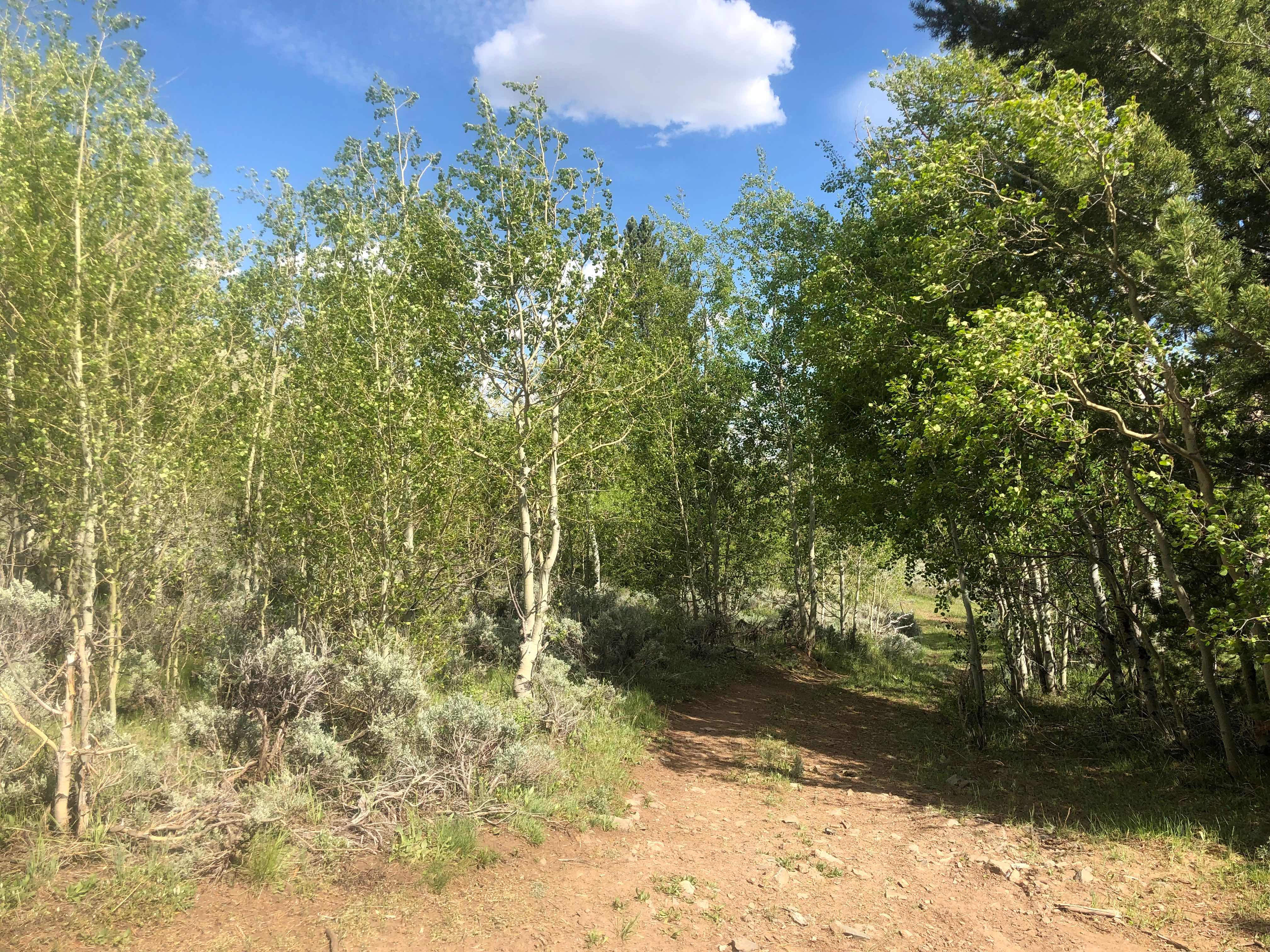 Out of the Wyoming desert 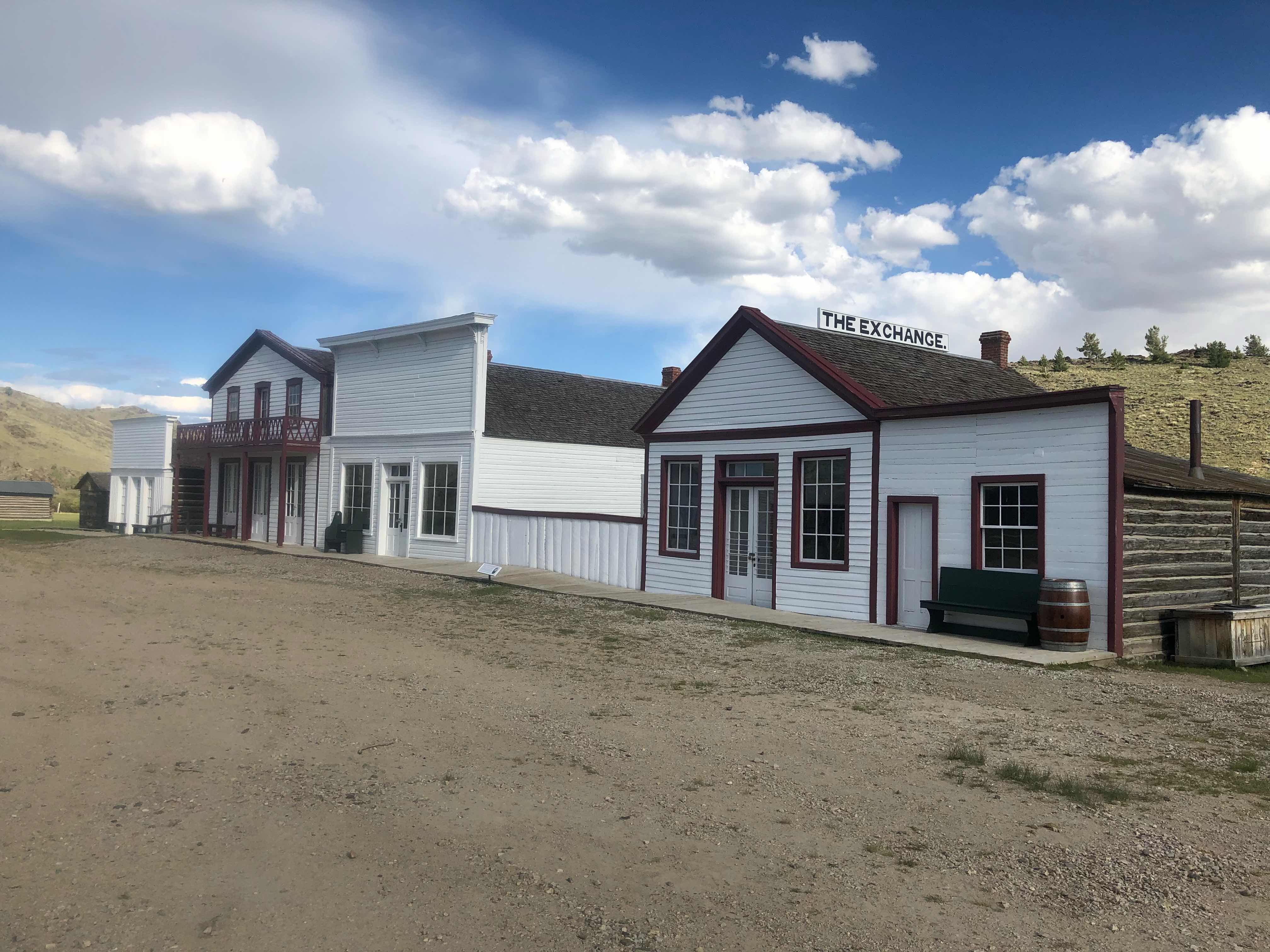 Ghost town part of South Pass. I discovered later that people do actually live in this town. There are a few summer homes here 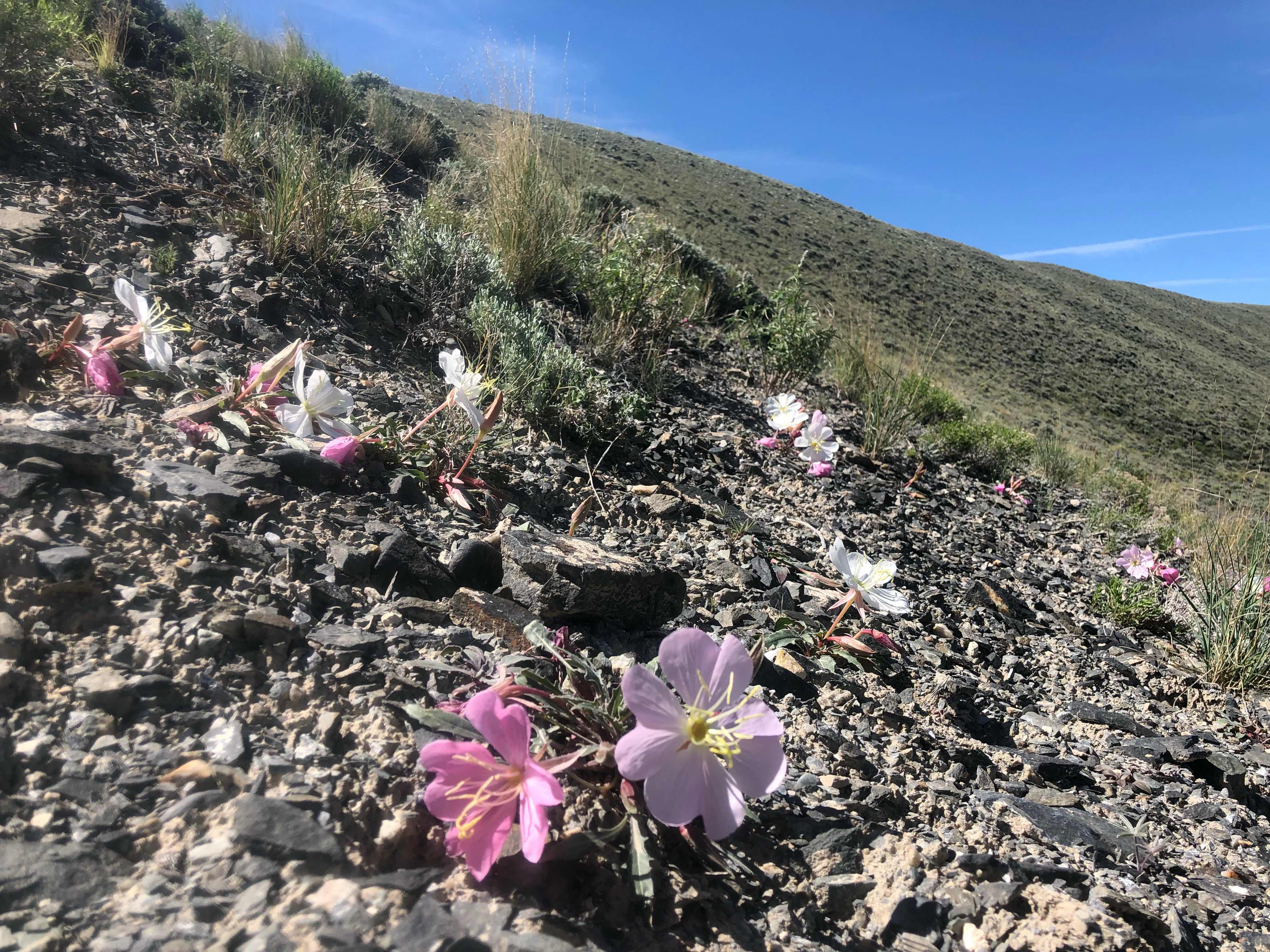 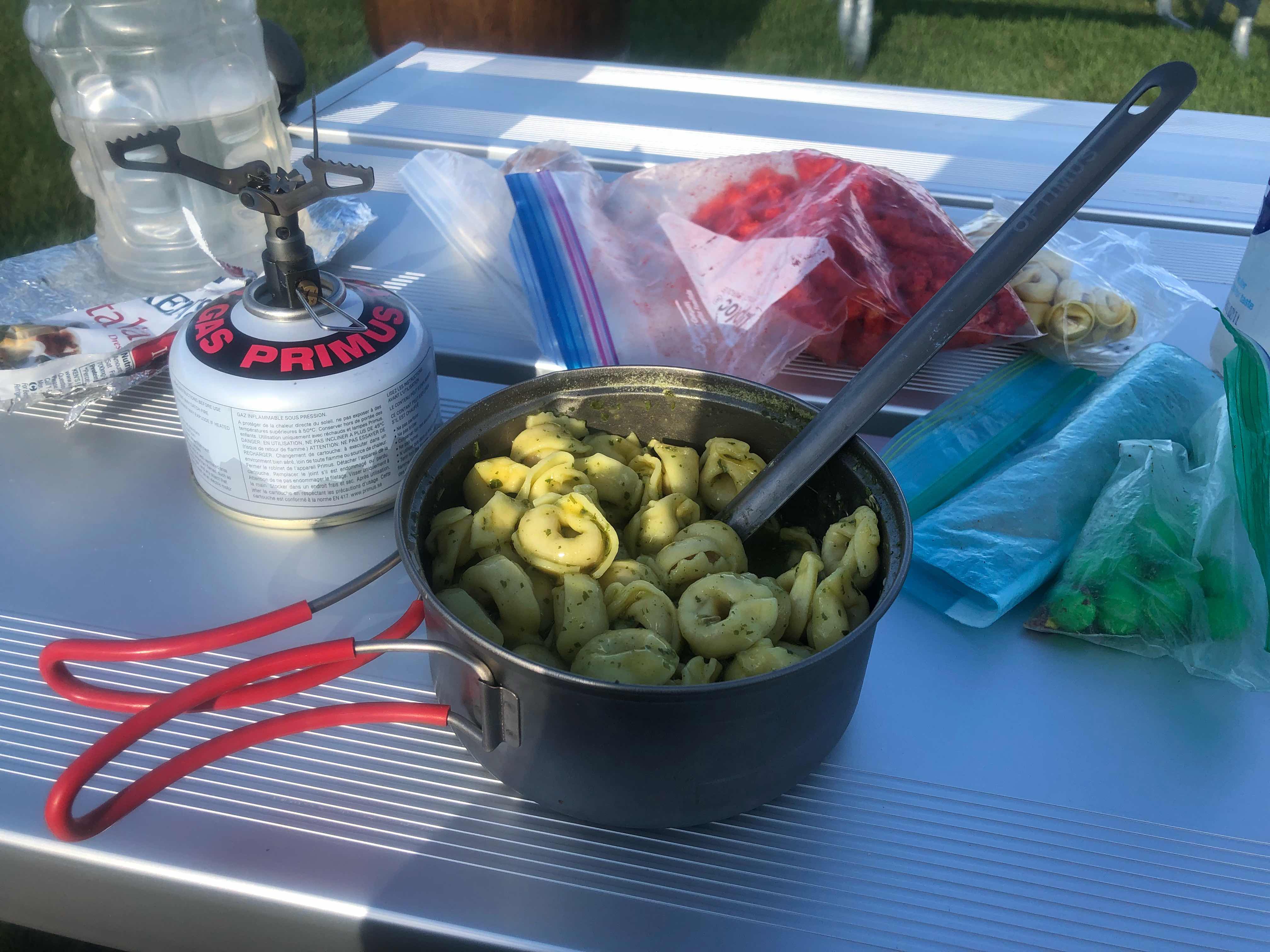 Made Pesto Tortellini with summer sausage
“There's a lot of optimism in changing scenery, in seeing what's down the road.”
- Conor Oberst