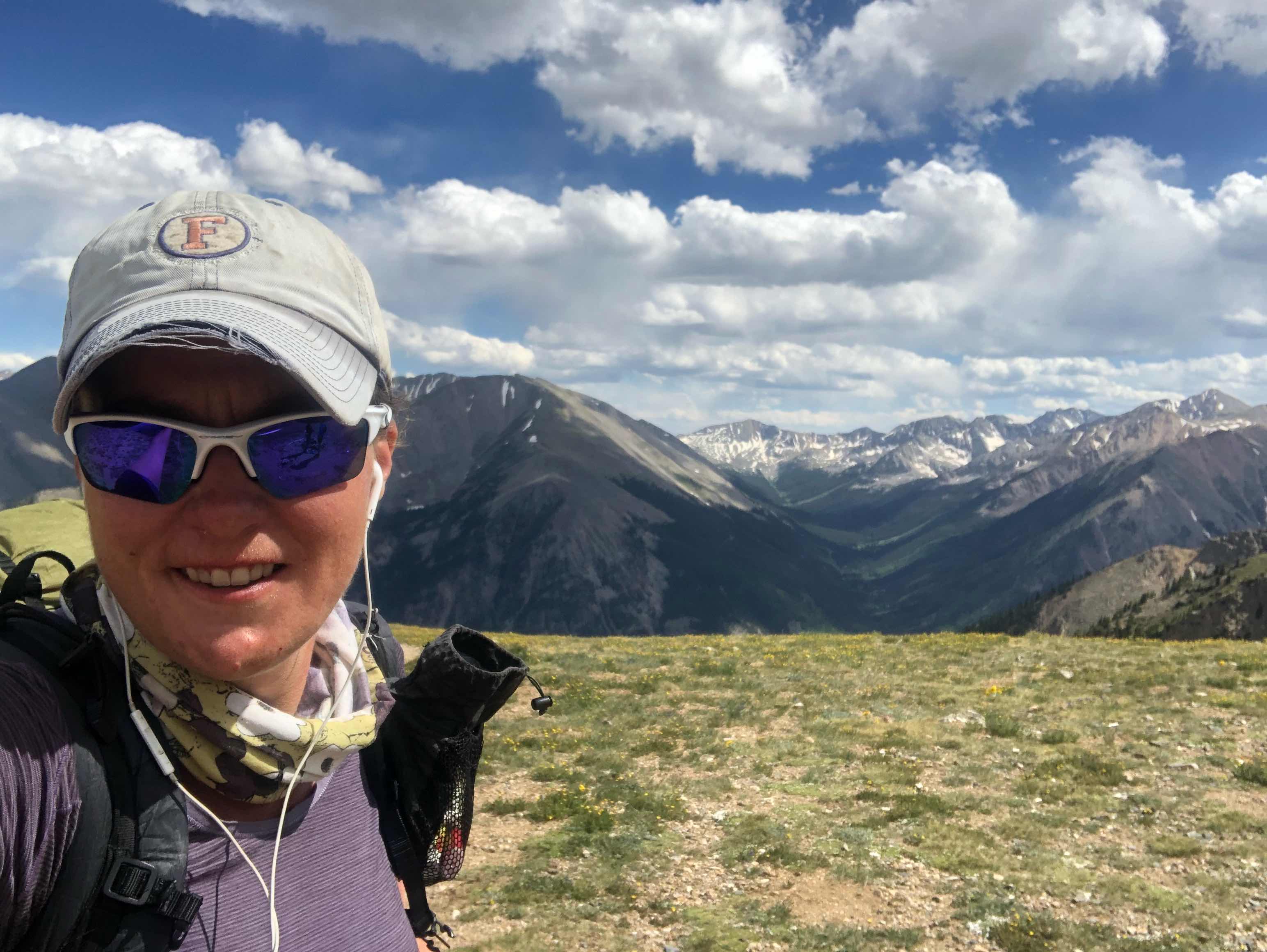 It is a good thing that I have learned to be flexible while on trail. I really didn’t want to take another zero day so soon, but due to logistics and scheduling it was warranted. Turtle and I really wanted to find a place to stay in town for tonight. Unfortunately, Twin Lakes is a tiny resort town in a very popular area of Colorado. The town only has about 25 rooms for rent. During prime tourist season all of these rooms were already taken. We were going to shower, leave our packs, and day hike Mt. Elbert. Plan B was to hike Elbert with full packs and get a few cdt miles in. Obviously that did not happen either.
I slept great last night. Since the original plan called for just a day hike and coming back to town I didn’t bother setting an alarm. I didn’t wake up until 6:30. I was surprised that the road noise from the nearby highway didn’t keep me up. Since we were camped in tall grass, next to two lakes I woke up to severe condensation and frost covering all of my gear. The sun was shining so I set everything out in a parking lot to dry. It didn’t take long. While we waited for a food truck to open we checked into lodging arrangements. That was when we discovered that plan A wasn’t feasible.
We changed gears to plan B, getting lunch and hiking out later in the day. The problem was that we couldn’t get lunch until noon. Turtle went for a nap, while I finished writing last nights blog. Most of the other hikers we were around finally hiked out of town. They had been there for a few days. I spent the morning in front of the general store. I was able to charge my electronics, write my blog, post it, and sort my food. The morning went by very quickly. When noon rolled around Turtle and I got lunch. By the time we had eaten and paid it was after one o’clock. I was hesitant to go and hike the second tallest mountain in the lower 48 in the afternoon. Bad weather can roll in at that elevation. Turtle suggested that we just take a zero day. A zero day hanging around a general store located on a busy highway didn’t really appeal to me. Especially without the benefit of a shower. We rejoined the hikers that had arrived in town today that were at the store. They had just met a trail angel who offered them a place to camp next to the trail and a home cooked dinner. They declined the offer because they had plans with friends in Leadville, CO that night. The angel left his phone number before leaving. I told Turtle that he might be able to provide us with showers and we should call him, thus a new plan was born.
Randy, the trail angel, is camping really close to the trail for a few months. He loves helping out cdt hikers. Turtle called him and he offered to pick us up, let us shower, feed us dinner, give us beer, and cook us breakfast. I was really set on at least hiking to the base of Mt. Elbert today, but showers, food, and beer sounded pretty good to. While we were waiting for Randy to pick us up a few others hikers came in. Ripple and Clouds are an older married couple from England. Brightside is an art teacher from Mancos, CO who I had met in Lake City. They were all hoping for accommodations in Twin Lakes and decided hanging out with Randy was a much better option than camping behind some trees next to a highway. We were all picked up by Randy and his dog Chloe and transported to hiker heaven. Randy has an awesome setup on BLM land close to the trail. We got hot showers, brautworts, sausages, beer, and most importantly great conversation. Randy lives in a camper that is completely off the grid. He is able to hike, fish, and camp wherever he chooses. He seems to really enjoy hanging out with hiker trash. It was a great evening. 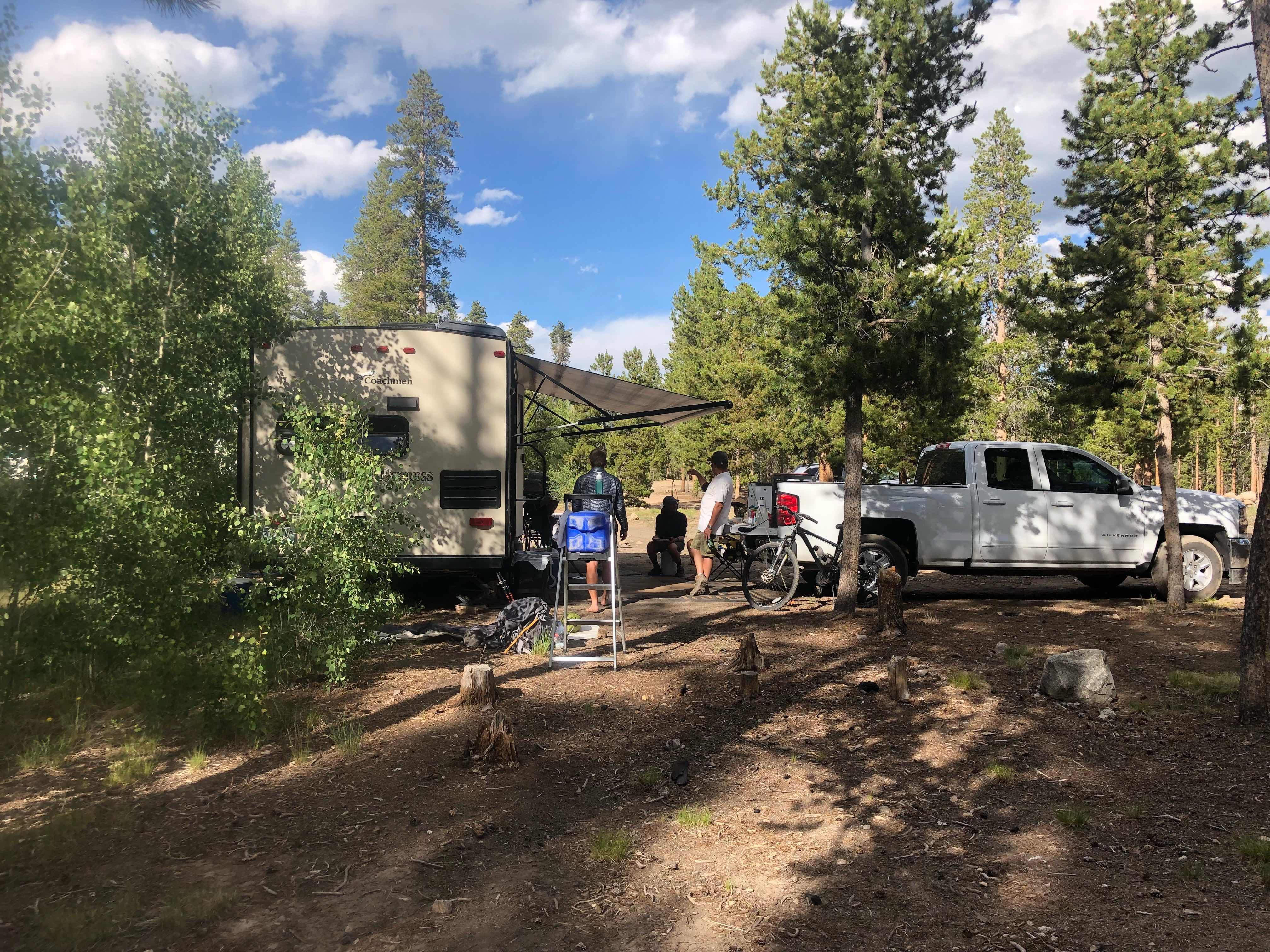 Hanging out at Randy’s campsite 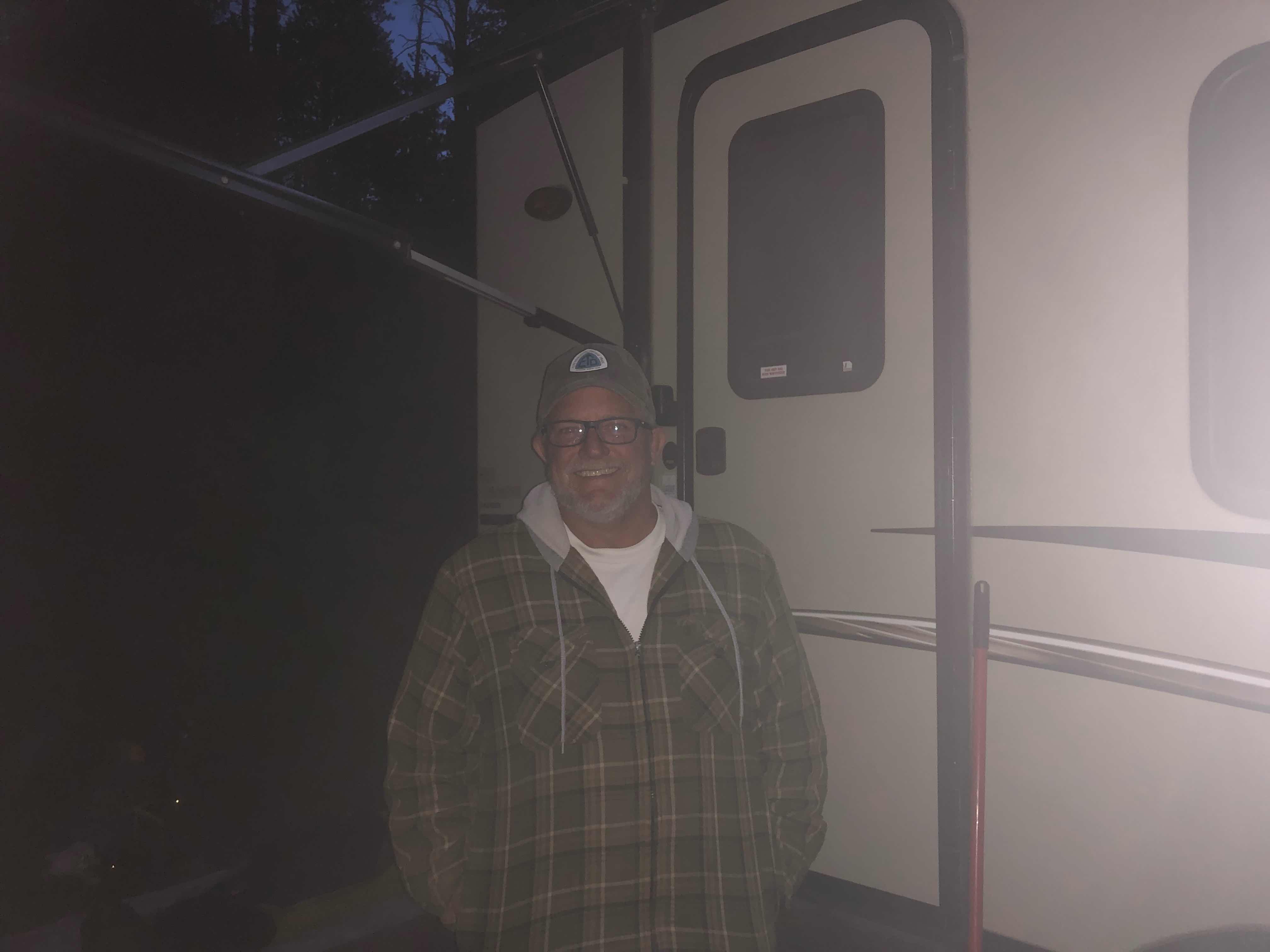 Randy, one of the kindest and coolest trail angels I’ve come across

After Turtle and I hike Elbert tomorrow it will be a mad dash to make it to Breckenridge to meet my Aunt and Uncle on time. Those of you that followed my AT blog will remember them. BFG and School House Rock(Uncle Tom and Aunt Liz), drove all the way from Nebraska to New Hampshire to visit me on the trail. I’m glad that this time around they don’t have to drive as far. I’m really looking forward to our time together.
Random pictures: 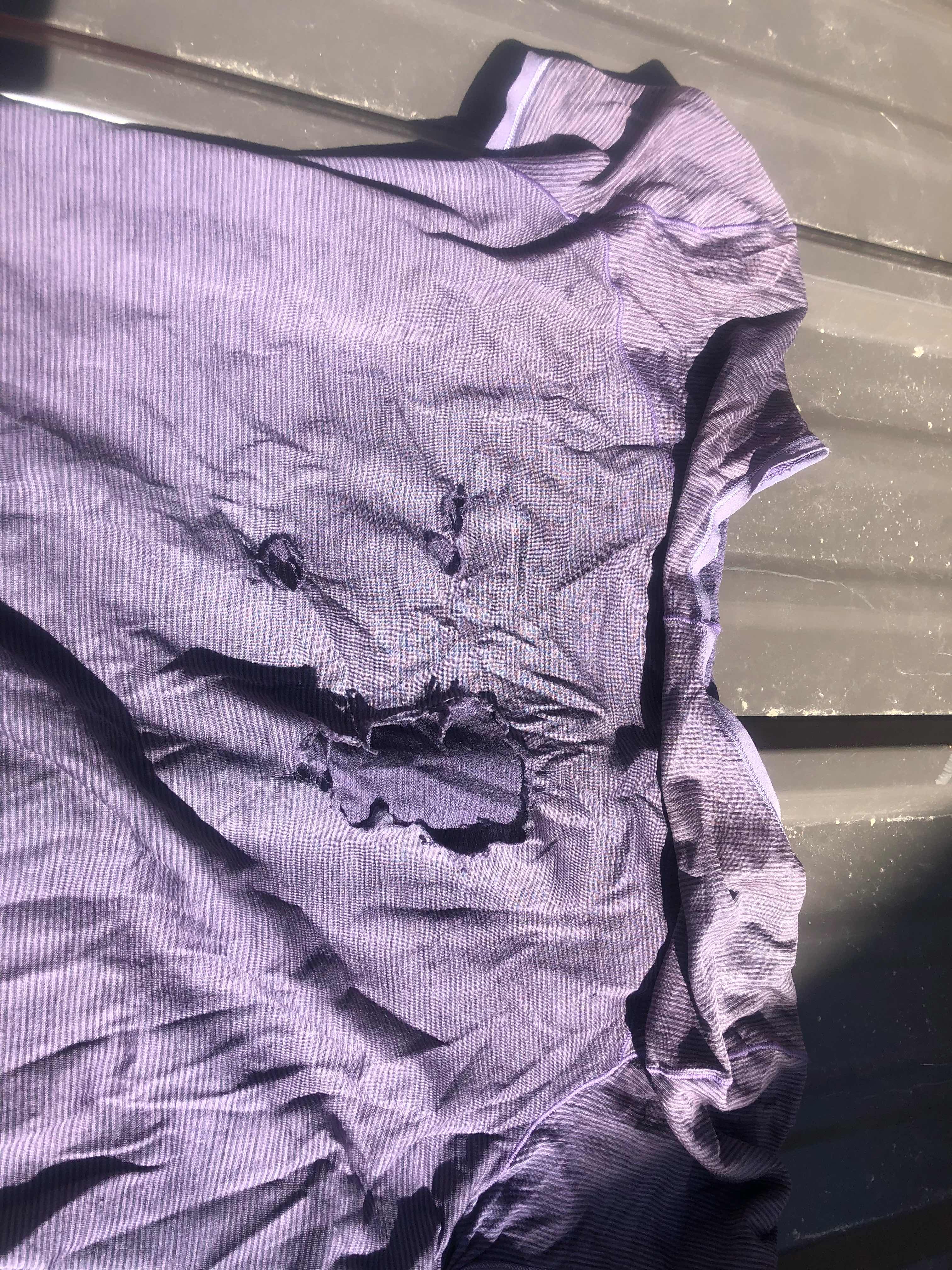 The end of my purple hiking shirt 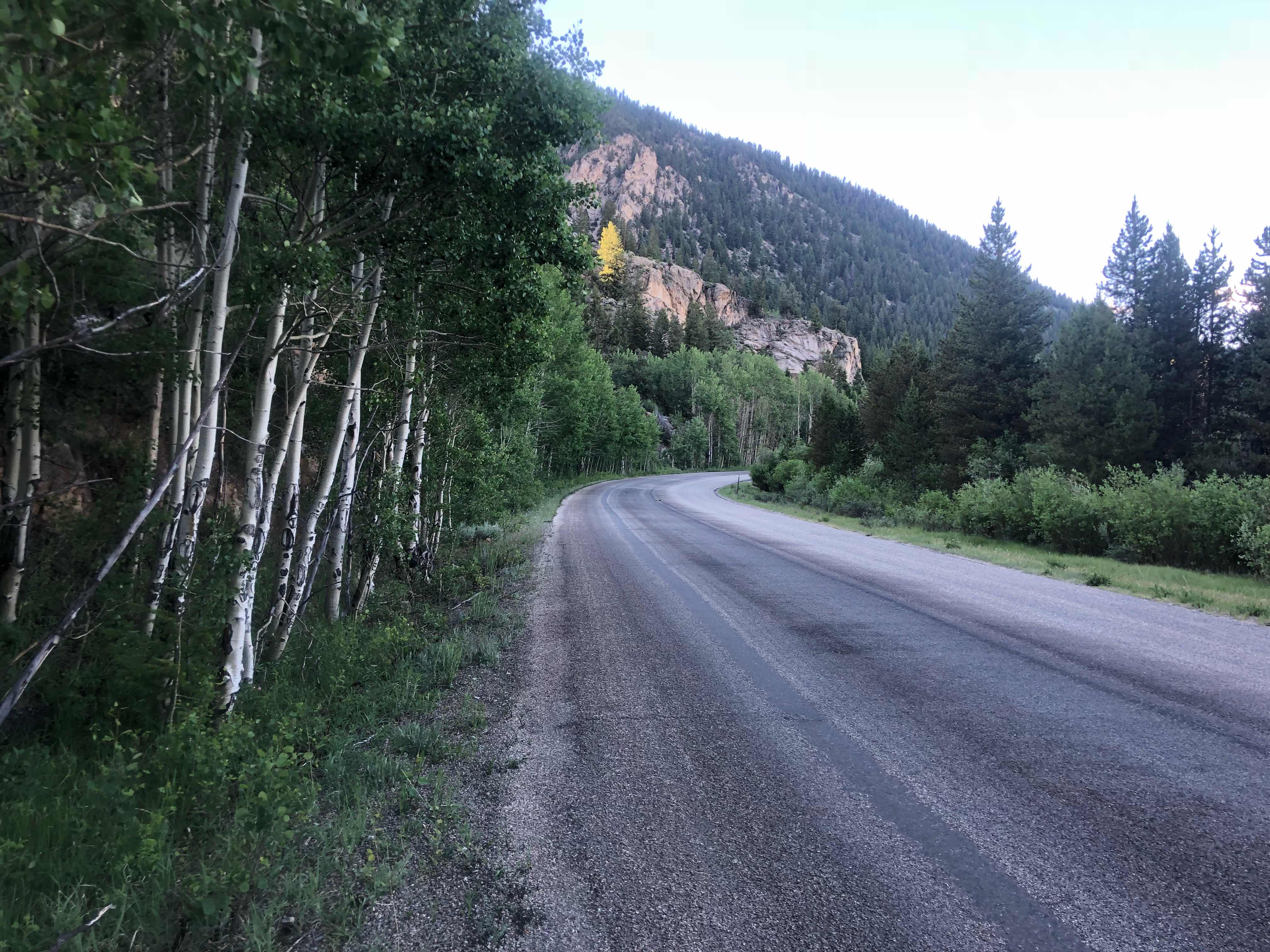 Roadwalk into Twin Lakes, notice that there was no shoulder 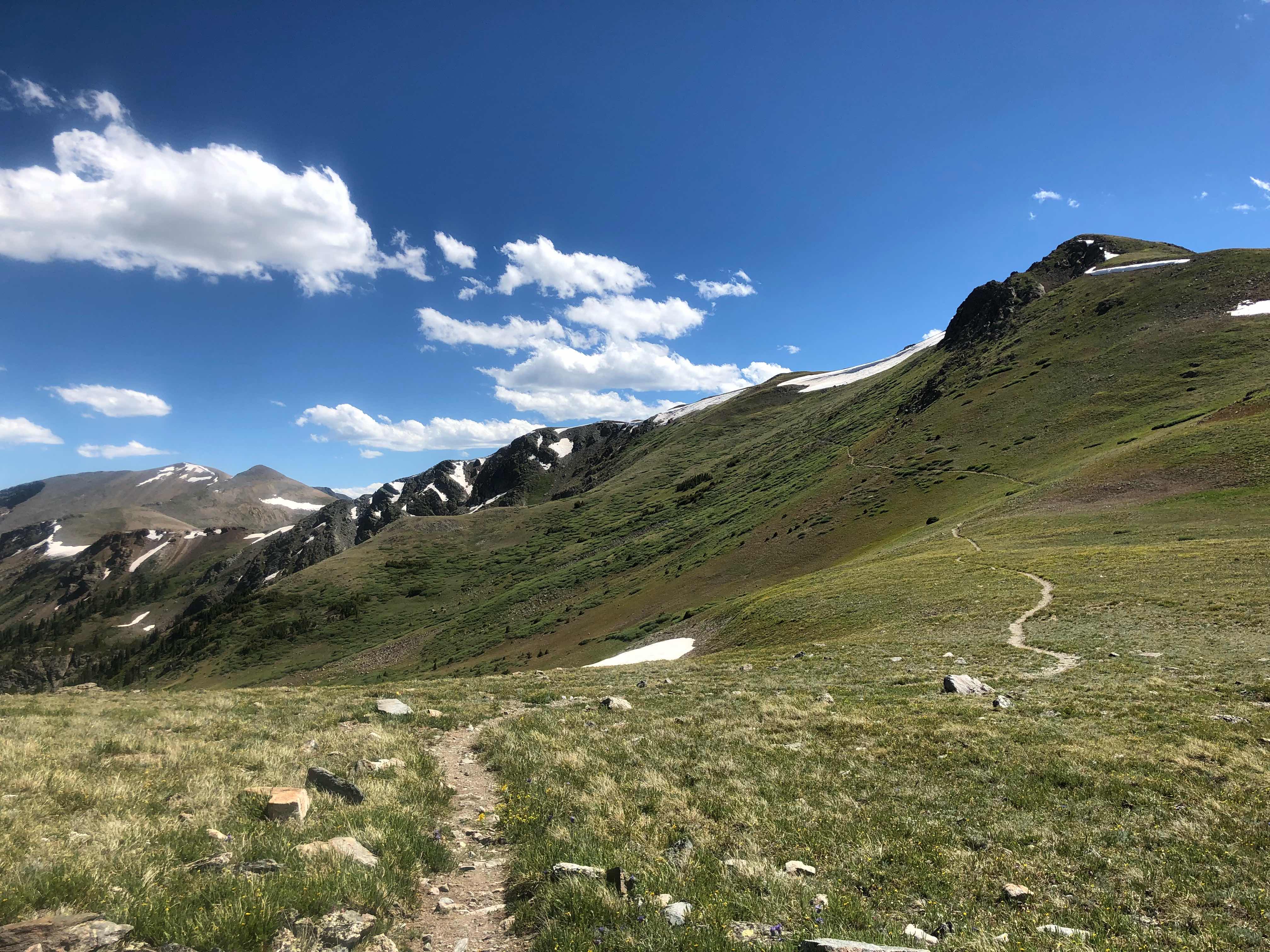 Cool mountain pass from a few days ago 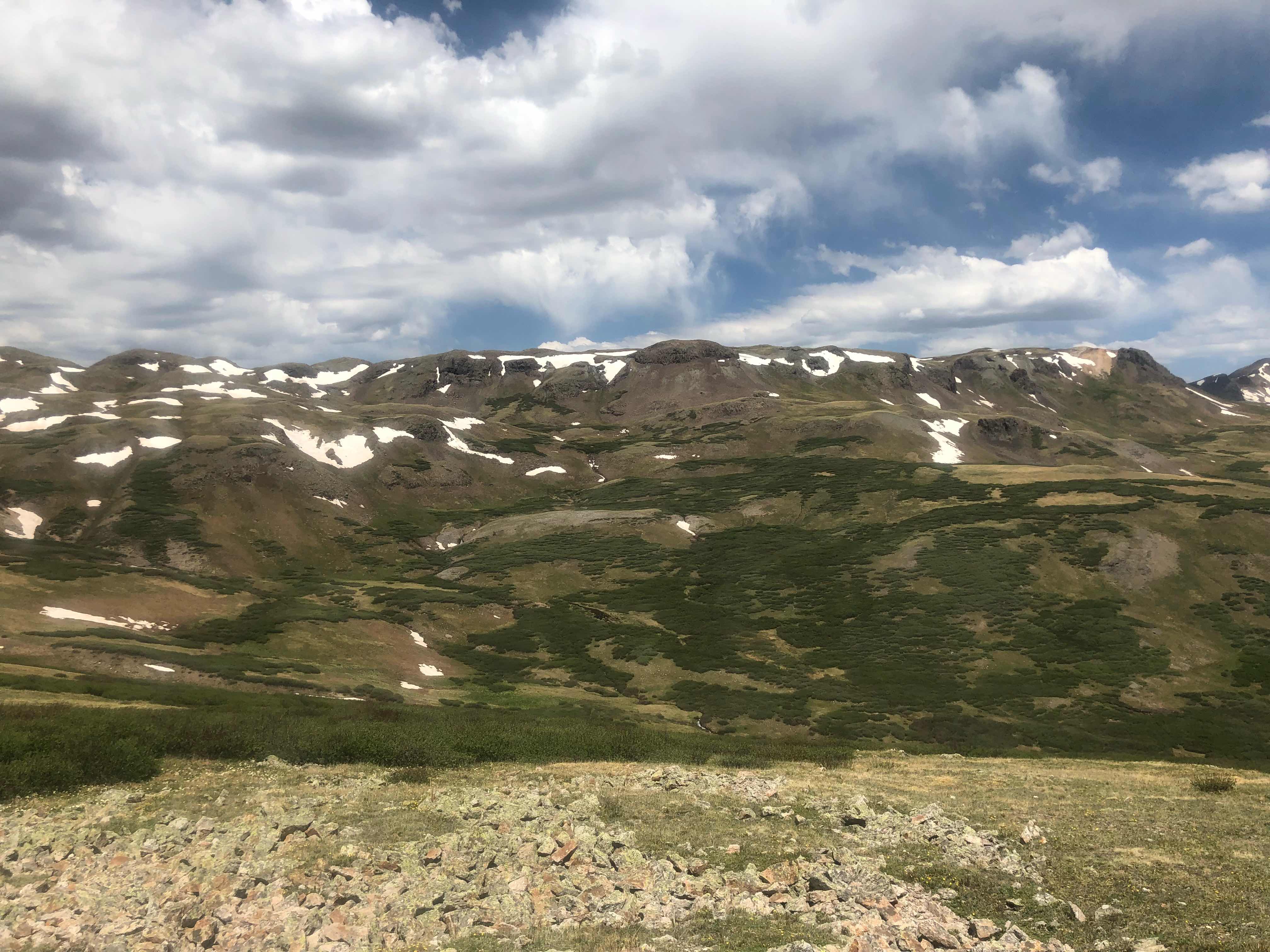 No idea when this was taken. I just think it’s a cool picture
"Too many spend too much time trying to live in a fixed point, when our lives are an unfolding journey. Taking on new challenges is how we fix the world." - Arturo O'Farrill