Day 15- Rebellions Are Built On Hope

Since I was sharing a room at the hostel I ended up sleeping in a little later than usual. I didn’t want to wake up Flaming Hot and Honeymoon. I was beginning to wonder if they would ever get up. I slipped out of the room at 7:30. By 8 o’clock they still weren’t up, but I slipped back into the room and started to pack up. That did the trick, they started getting ready then. Flaming Hot had to wait for the PO to open at 9am to ship home his busted sleeping pad. I decided to wait for him so we could hike together today. Honeymoon was going to stay another day in town, but offered to give us a ride to the trailhead. Flaming Hot and I had gotten off of trail at different points.l, so we didn’t start hiking together. He was about 6 trail miles behind me. I honestly didn’t expect to see him until late in the day. I finally got started on trail at 10:30. I hiked around the two lakes that give the town of Twin Lakes it’s name. I took an alternate route when I hiked the cdt, so I finally picked up those missing miles of the official cdt route. Honestly I shouldn’t have bothered. They were very unexciting miles. 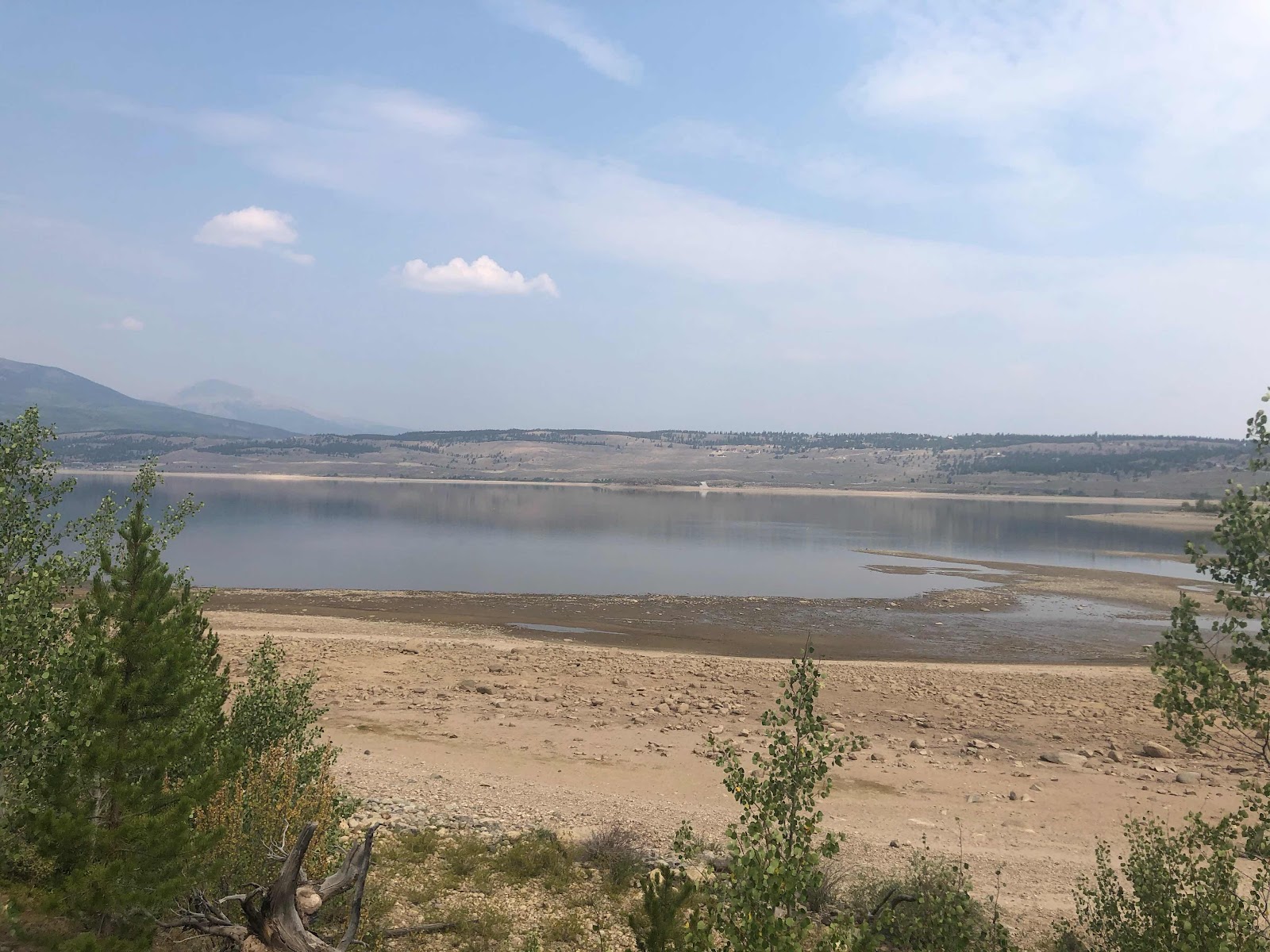 One of the Twin Lakes
I knew today was going to be rough. I had a late start, the wildfire smoke was really bad, and I had a huge pass to hike over. I have kind of been dreading hiking Hope Pass since I started the trail. In 2018 I crushed hiking over it. I hiked it so fast that I gained a ton of confidence and I finally felt like I had my trail legs. This year I definitely don’t have my trail legs. I just had a major mountain to get over. In 4mi I gained 3,500 feet of elevation. In Star Wars they say that rebellions are built on hope. Well, my legs rebelled going up Hope Pass. I did really well for the first mile. After that the train came off of the tracks. I was contemplating taking a break when Flaming Hot caught up to me. I knew there was no way I was going so slow that he caught up to me. After all he was 6 trail miles behind. It turned out that he took the same alternate out of Twin Lakes that I took going in on the cdt. That meant he hiked 1.5mi compared to my 5mi. He even had time to eat a cheeseburger in town before leaving and still caught up to me. We crawled up the remaining 3 miles to the top of the Pass. Over the course of those three miles it rained off and on. It wasn’t a hard rain and luckily there was no lightening or thunder. 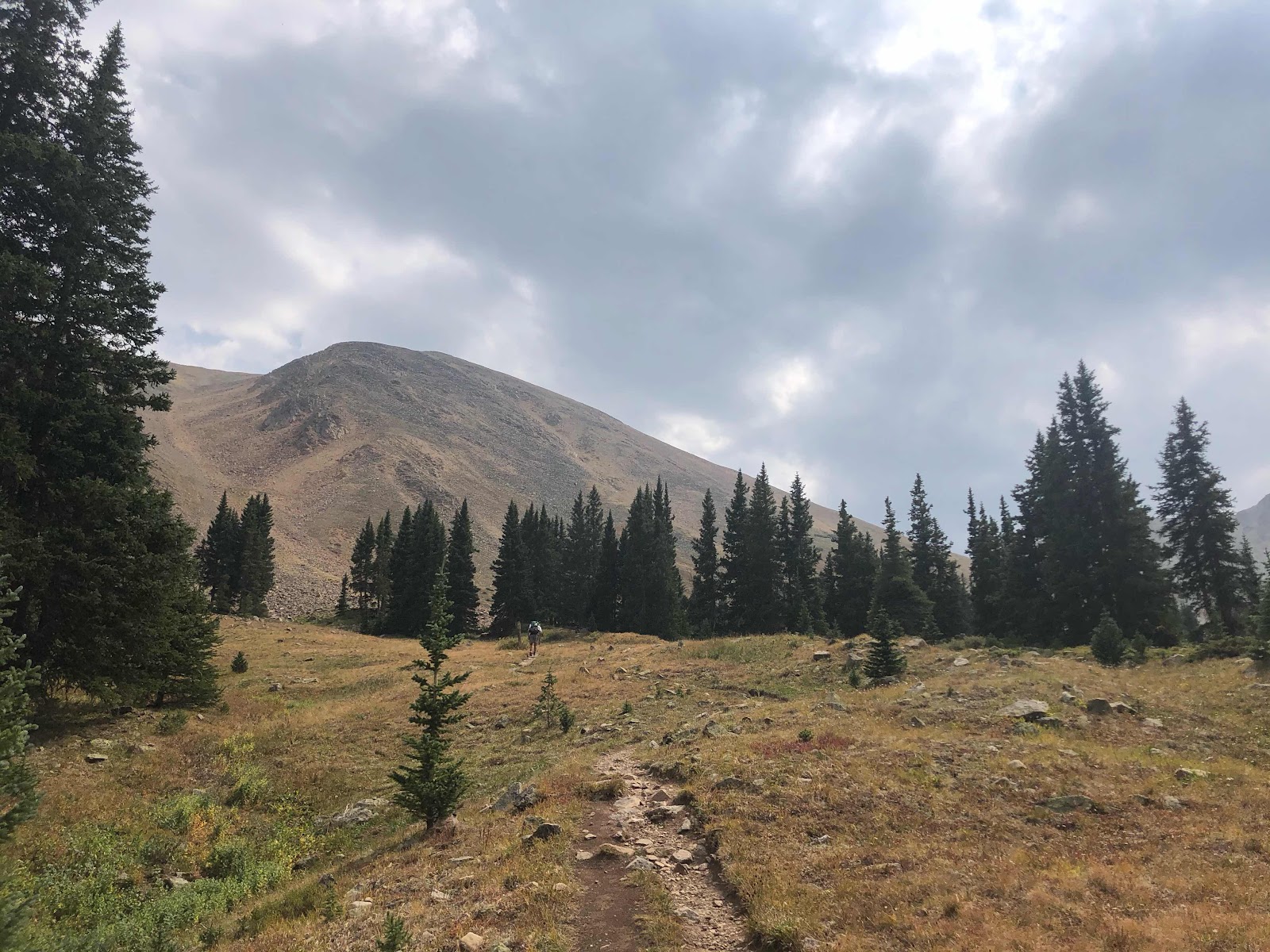 3 miles into the hike up the Pass 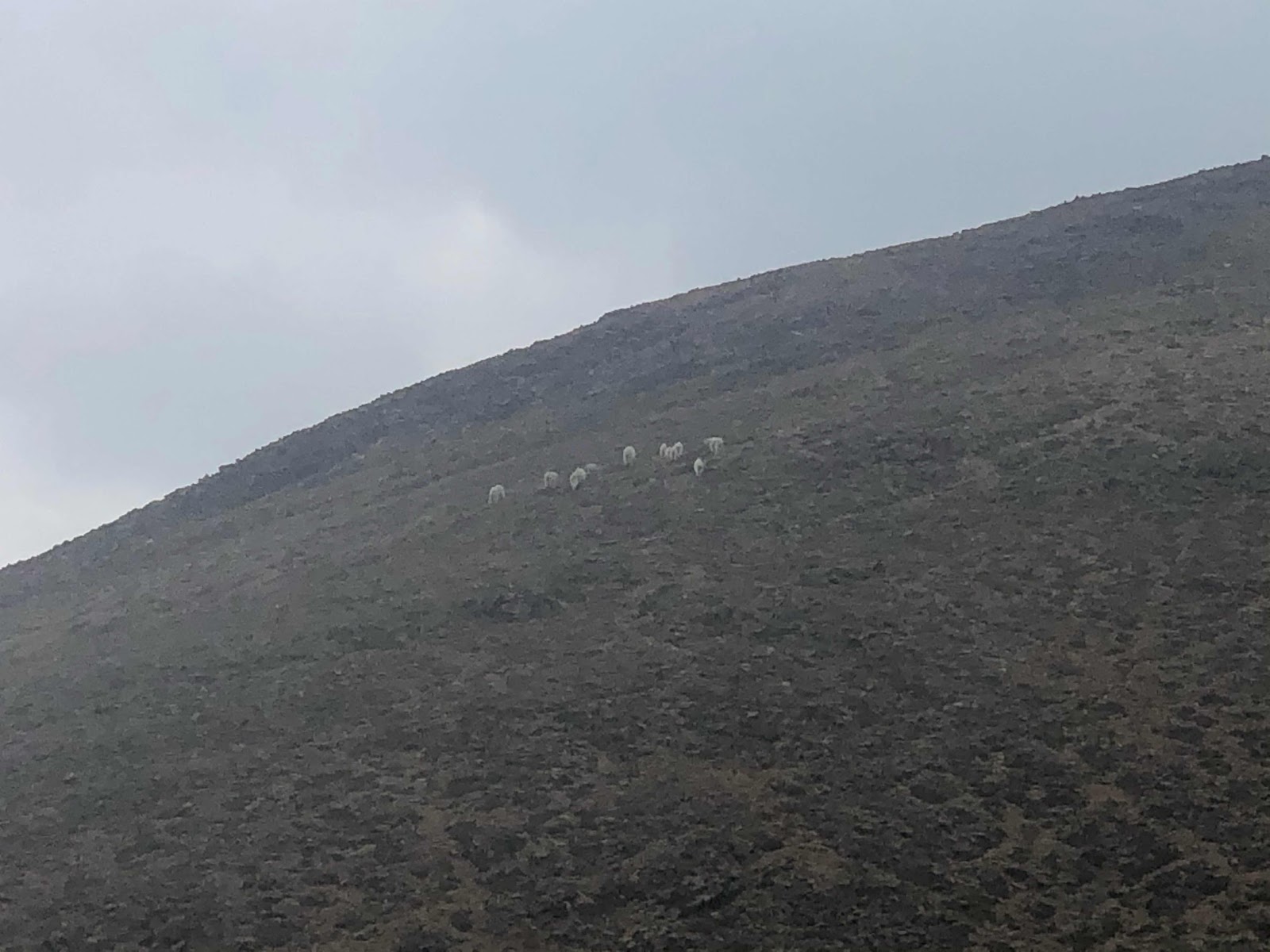 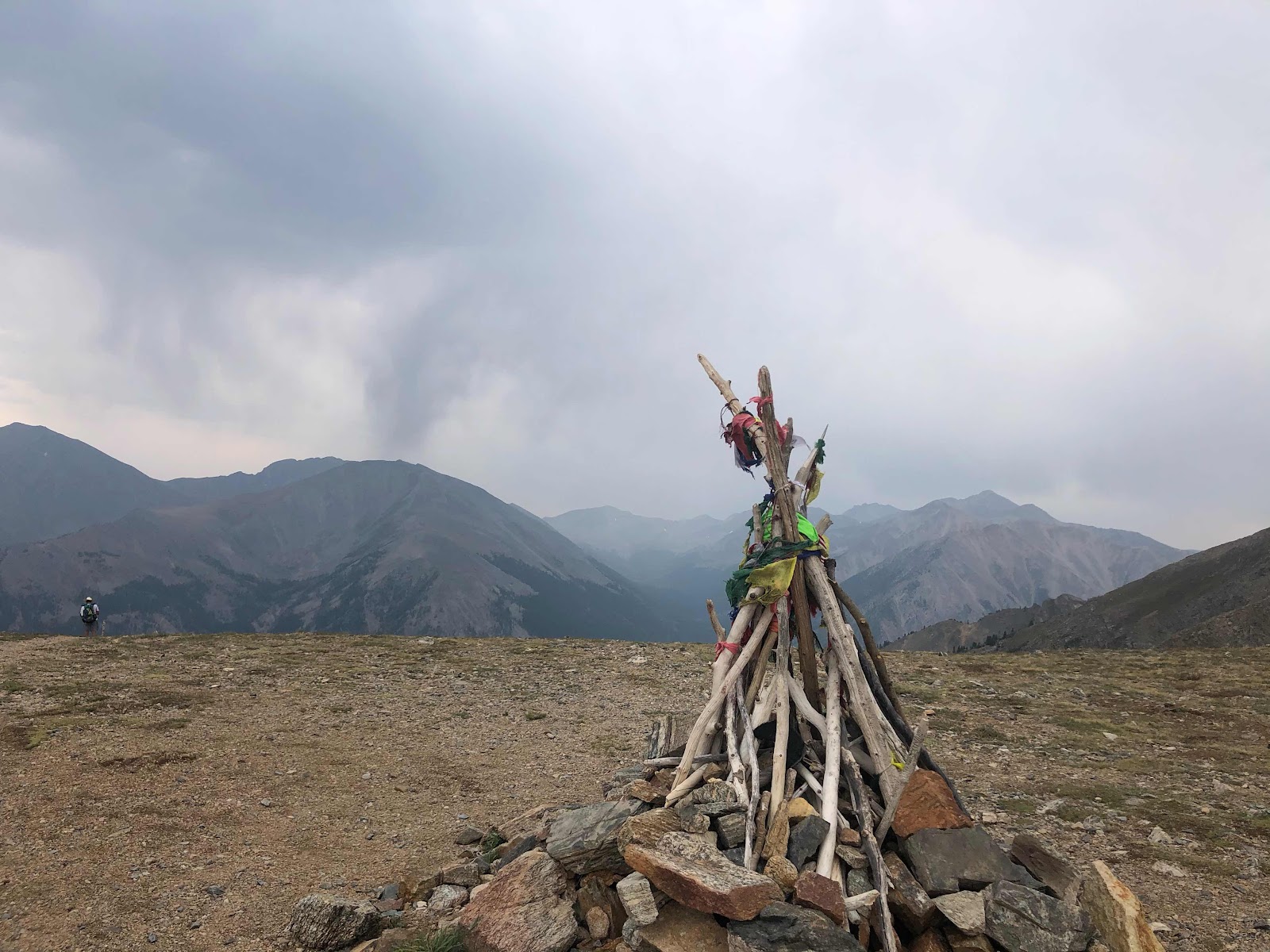 12,500ft Hope Pass
The cool thing about Hope Pass is that it is surrounded by 14,000ft peaks. I could see Mt. Harvard, Oxford, Huron, Missouri, and Belford. Just as we started hiking down it began to rain again. The wind had really picked up and I decided it was finally time to put on my rain jacket. I didn’t want to get too chilled on the way down. I had forgotten just how steep it was on the way down. I really had to watch every step to make sure I didn’t fall. 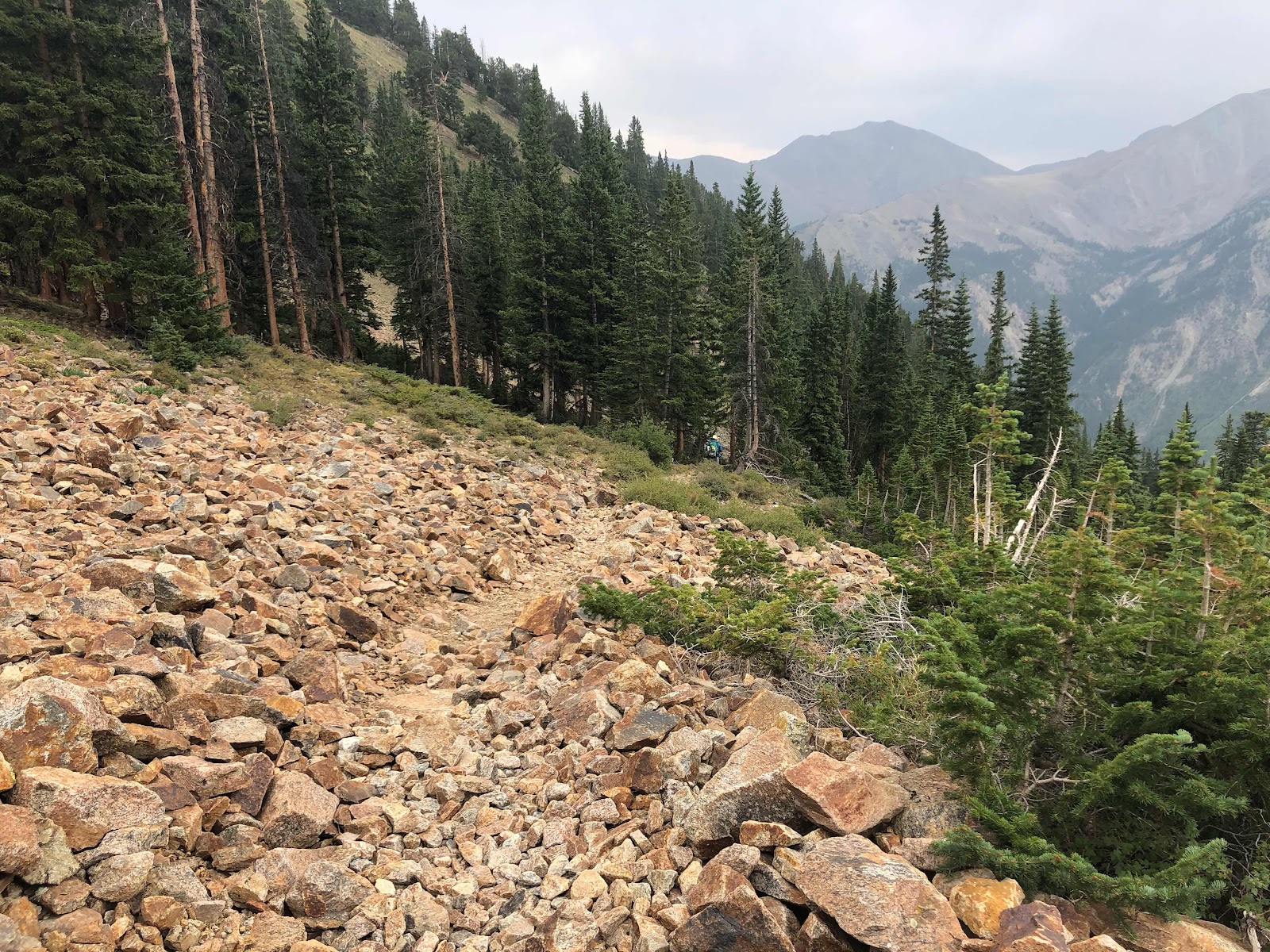 Lots of loose rock and sandy trail
Once we got below tree line it stopped raining. Flaming Hot and I decided to take a snack break. Since I was moving slower than him I decided to get going first. I figured he would catch up to me shortly. I really want to get in at least 18 miles today and we were running out of daylight. I told him where I planned on making camp just in case I stayed ahead of him. To get in 18 miles for the day we had another 7 miles to go. Luckily those miles were pretty easy. I took a few breaks to collect water and still no Flaming Hot. I usually like to stop an hour before dark, but there weren’t very many places that could fit two people. I came across a group of people camped by a water source and I waited there for twenty minutes for him to catch me. He never showed up. I probably should have stayed there and waited, but I was still 3 miles short of my goal. Even though it was an hour until dark I decided to keep going. I left a message for Flaming Hot with the group that was camping and pushed on. It was 7:10. I told them if they saw Flaming Hot to let him know I was going to hike until 7:30-7:45 and I planned on dry camping. He should grab water there and plan on seeing me down trail. Unfortunately, I had to hike until 8:05 before I finally found a flat spot that could support two people. I hate having to set up in the dark, but sometimes the best of plans don’t work out. The good news is that about half a mile from camp I came across a big bull moose. I was stoked to finally see one on trail and to be able to get a picture. I had one come into camp one night, but I didn’t really get a good look at it. 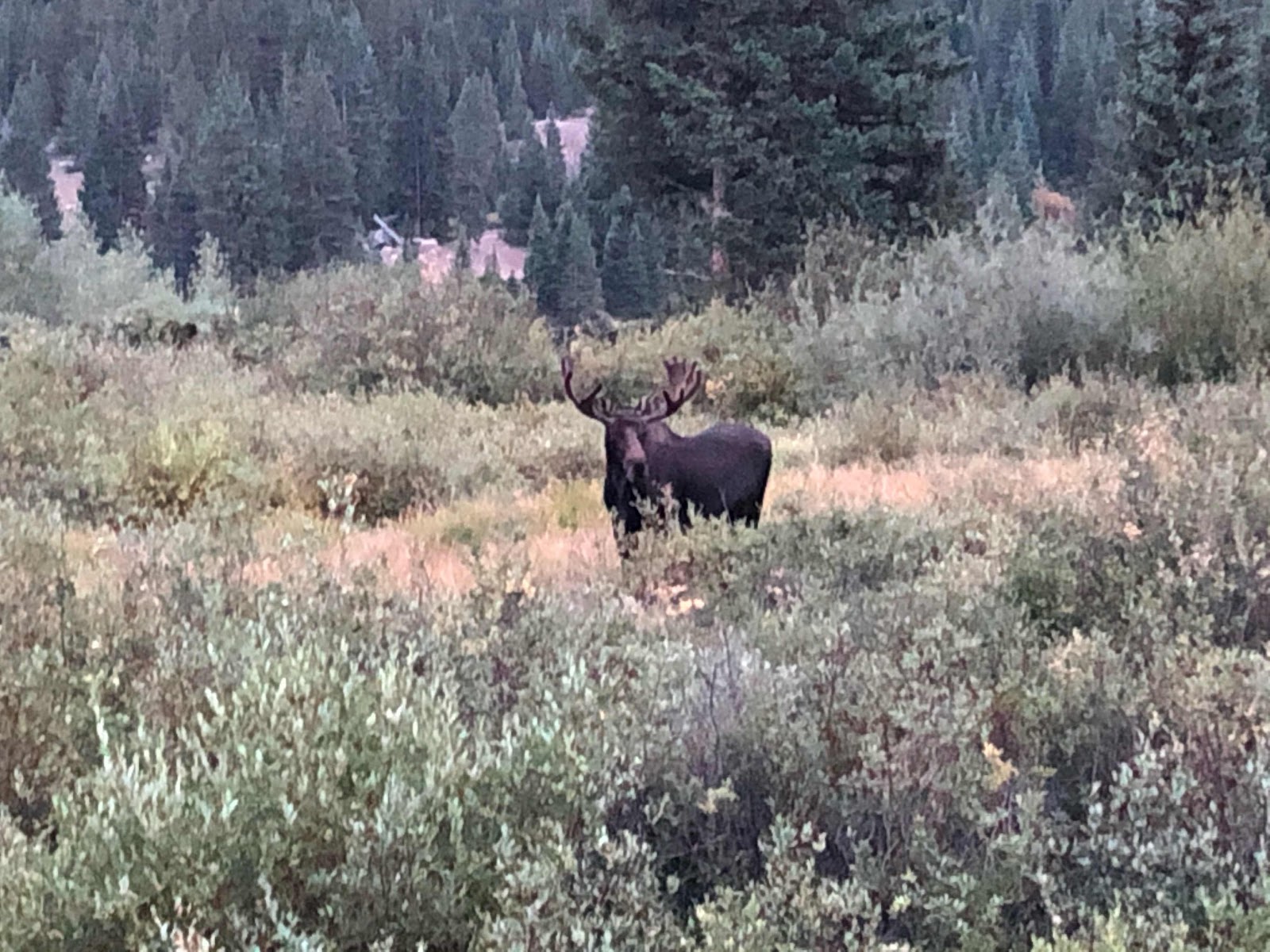 This picture is for you Brittany Nolan
I had an intern work for me last summer and she really wanted to see a moose while she was in Colorado. I showed her pictures of the numerous moose I saw while hiking the cdt. When she found out I was hiking the CT this year she asked me to get her a picture.
Tomorrow will be another fun and difficult day. I have another major pass to hike over, Lake Ann Pass. Hopefully my legs won’t rebel as much.
“ Endurance is not just the ability to bear a hard thing, but to turn it into glory.” - William Barclay