Last night wasn’t as cold as I had expected. I bundled up before going to sleep thinking it was going to be in the low 40’s. I don’t think it got quite that cold, if it did I must have been properly layered up. For having so many people camped close by they weren’t very loud. A few OHV’s came through the parking area at midnight and made a lot of noise. I was able to go right back to sleep. I was up and before my alarm went off and on trail by 6:15am. I miscalculated my distance to town and based on that info I decided to skip breakfast. Considering that I didn’t eat dinner the night before I wasn’t feeling great this morning. I had zero energy. I hiked past the trailhead for Mt. Elbert, the second highest peak in the lower 48 and the highest in Colorado. I hiked it when I did the CDT. 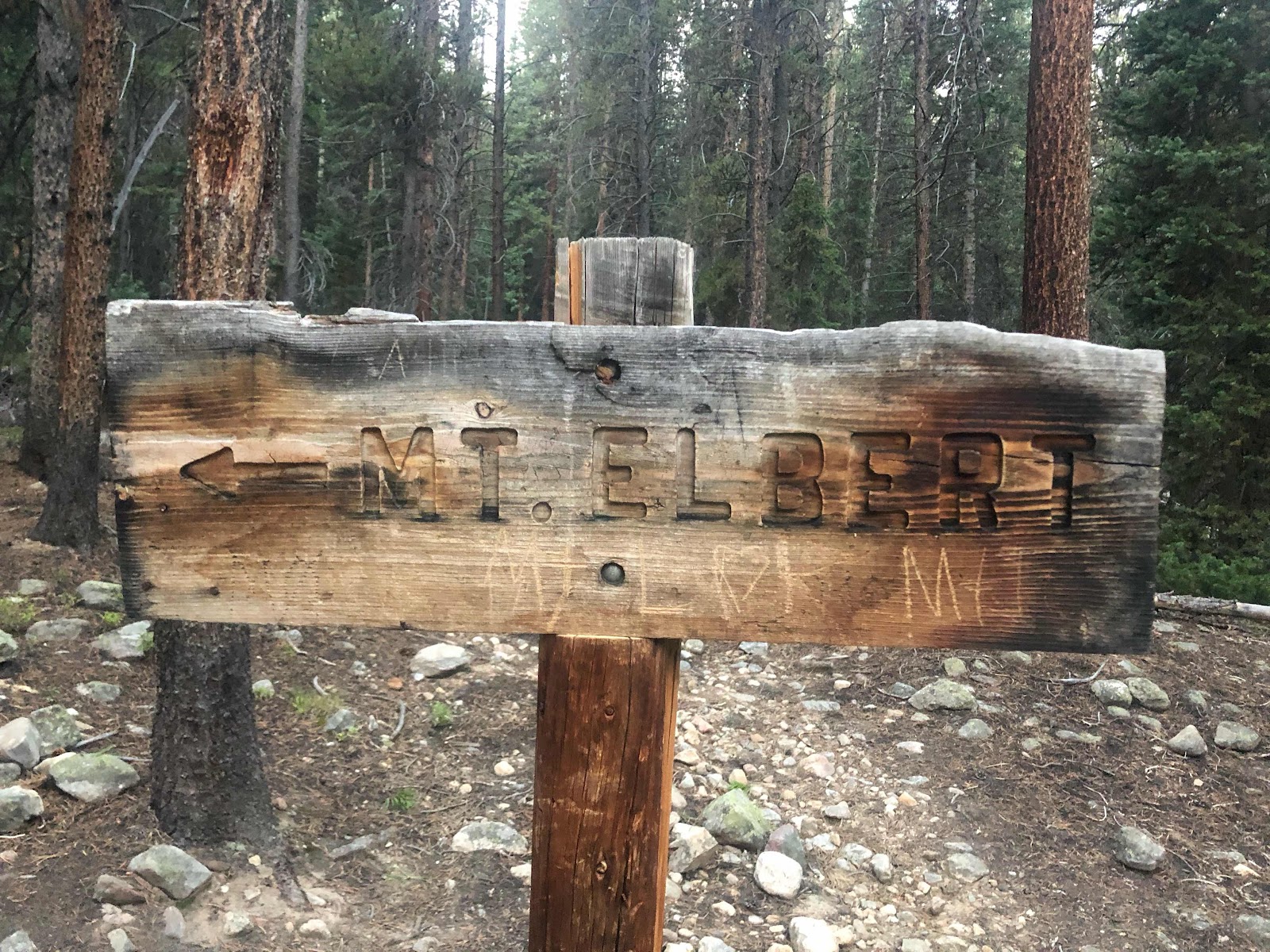 Trail to summit Mt. Elbert
Because I decided to hike Elbert on the CDT I missed 3.5 trail miles. It was a good feeling to pick up those missing miles today. I hadn’t even thought about those miles until I hit the Elbert side trail this morning. It was like finding a missing piece of a puzzle that you didn’t realize you were missing. I also did a weird alternate trail coming out of Twin Lakes in 2018 to get to Mt. Elbert because of some awesome trail magic provided by a nice guy named Randy. He cooked us dinner and let us use the shower in his RV. Technically most of what I hiked today was missing miles I forgot about from the CDT. 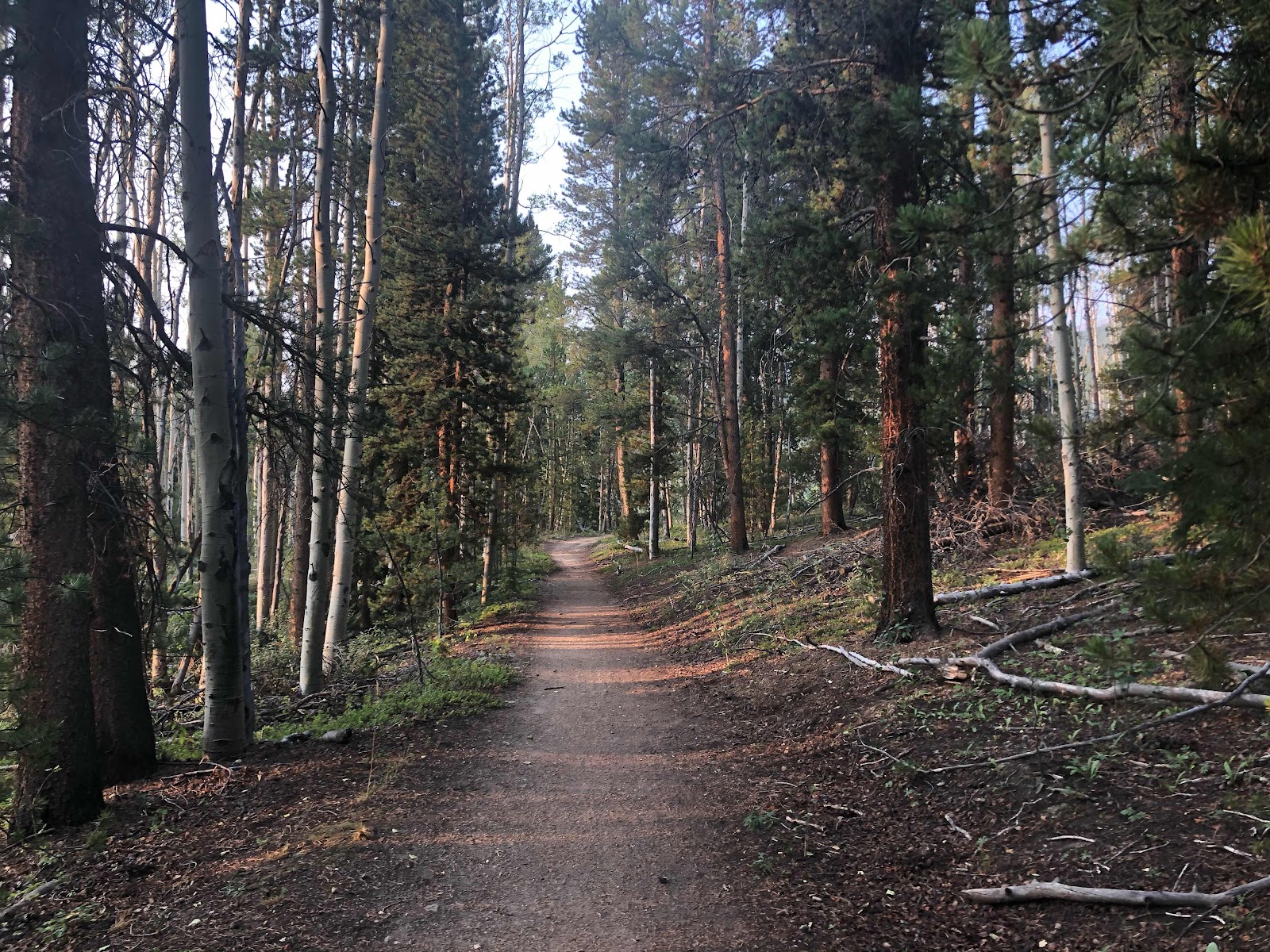 Nice easy trail next to Elbert 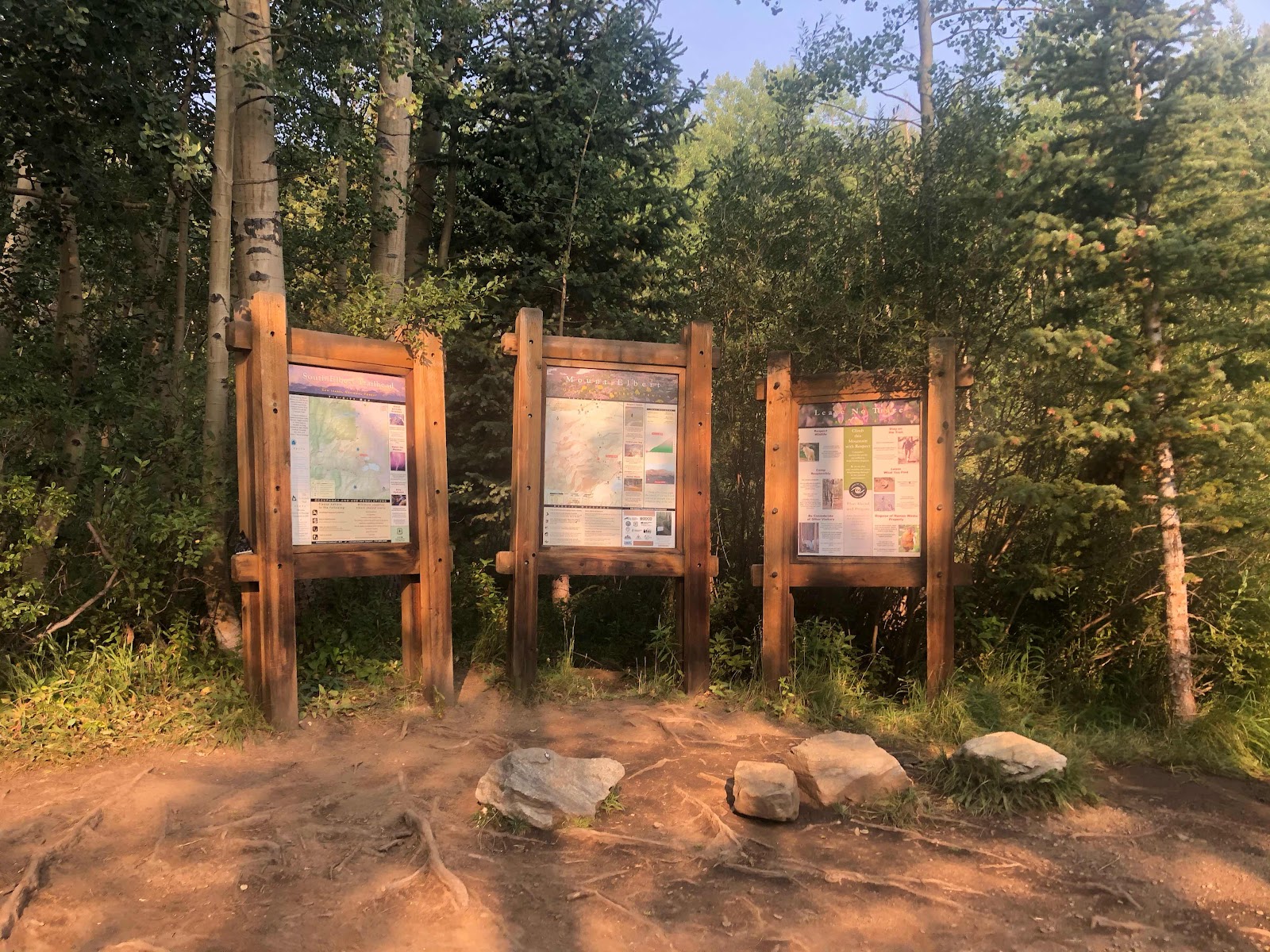 Mt. Elbert TH
I made it into Twin Lakes a little after 10am. It was exactly how I remembered it. One restaurant, a visitor center, a general store, and a food truck. Not exactly a bustling metropolis. 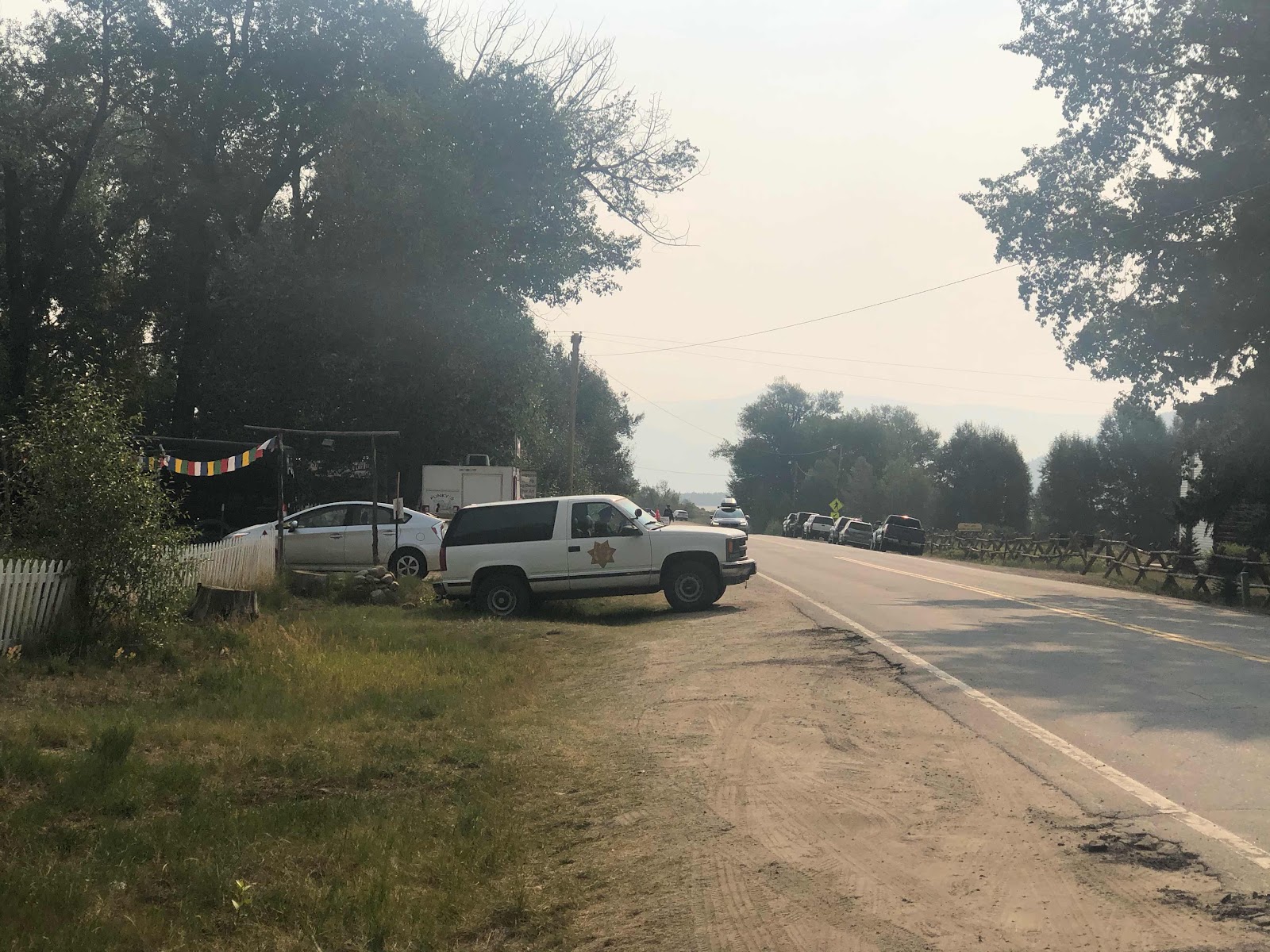 Police car speed trap on the way into town 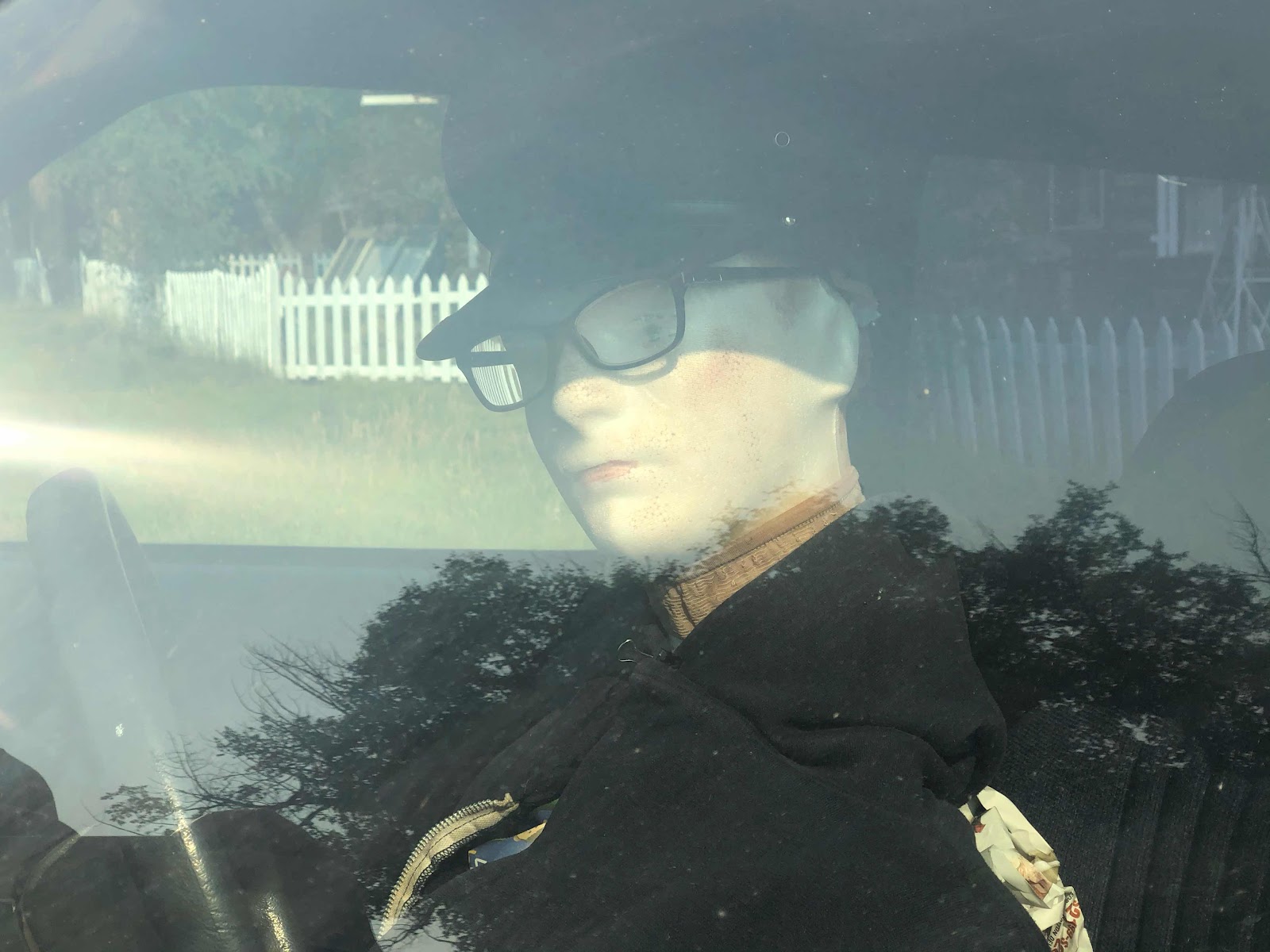 Police officer manning the speed trap
The fake cop car was still at the edge of town. It is a very cost effective way to get people to slow down without costing the town money. As I was walking down the street I heard someone call out my name. I looked around and saw a couple hikers across the street. Due to the smoke from the wildfires I couldn’t tell who it was. As I got closer I could see it was my friend Flaming Hot. We hiked about 400 miles of the PCT together. He was one of the original members of The Wolf Pack. I knew he was hiking the CT, but I didn’t think I could catch him since he was about 5 days ahead of me. I’m always so thrilled when things like this happen. Never say never! 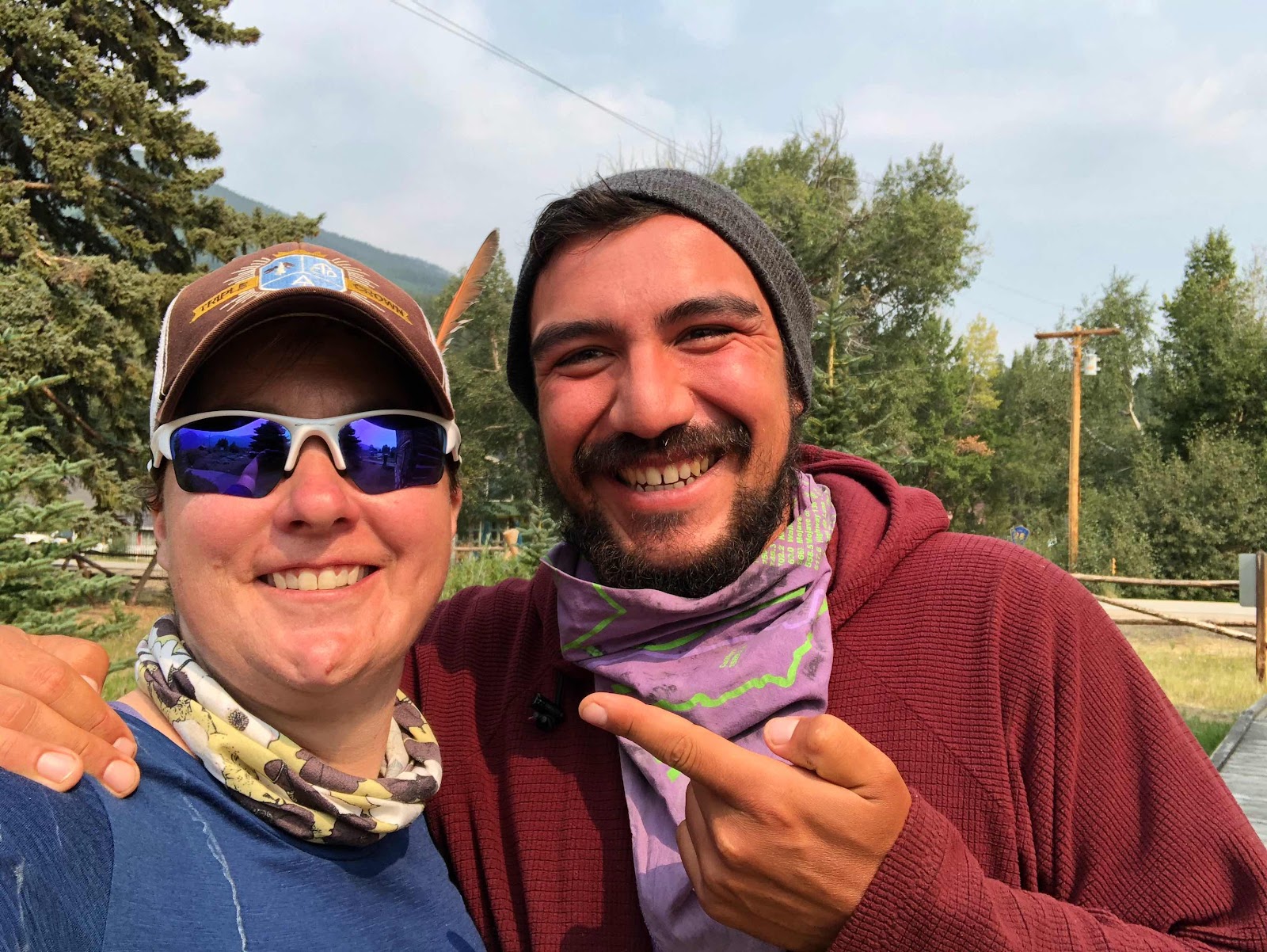 My buddy Flaming Hot
Flaming Hot introduced me to Honeymoon. She is also hiking the trail. We started hiking on the same day, but only said a few words to each other in passing. Due to a weird set of circumstances she has a car with her and offered me a ride to Leadville. Once in Leadville we stopped by the local outfitter. We ran into an AT thruhiker named Great Legs. He is section hiking the CT and providing trail magic as he works his way down trail. He had never met a Triple Crowner before and insisted on buying me a drink. So far my day was off to a great start! Thanks for the drink Great Legs. After the outfitter I was able to check into a hostel. Flaming Hot, Honeymoon, and I decided to split a private room. We have our own shower w/ bunk beds and a full sized bed, plenty big enough for us to practice social distancing. 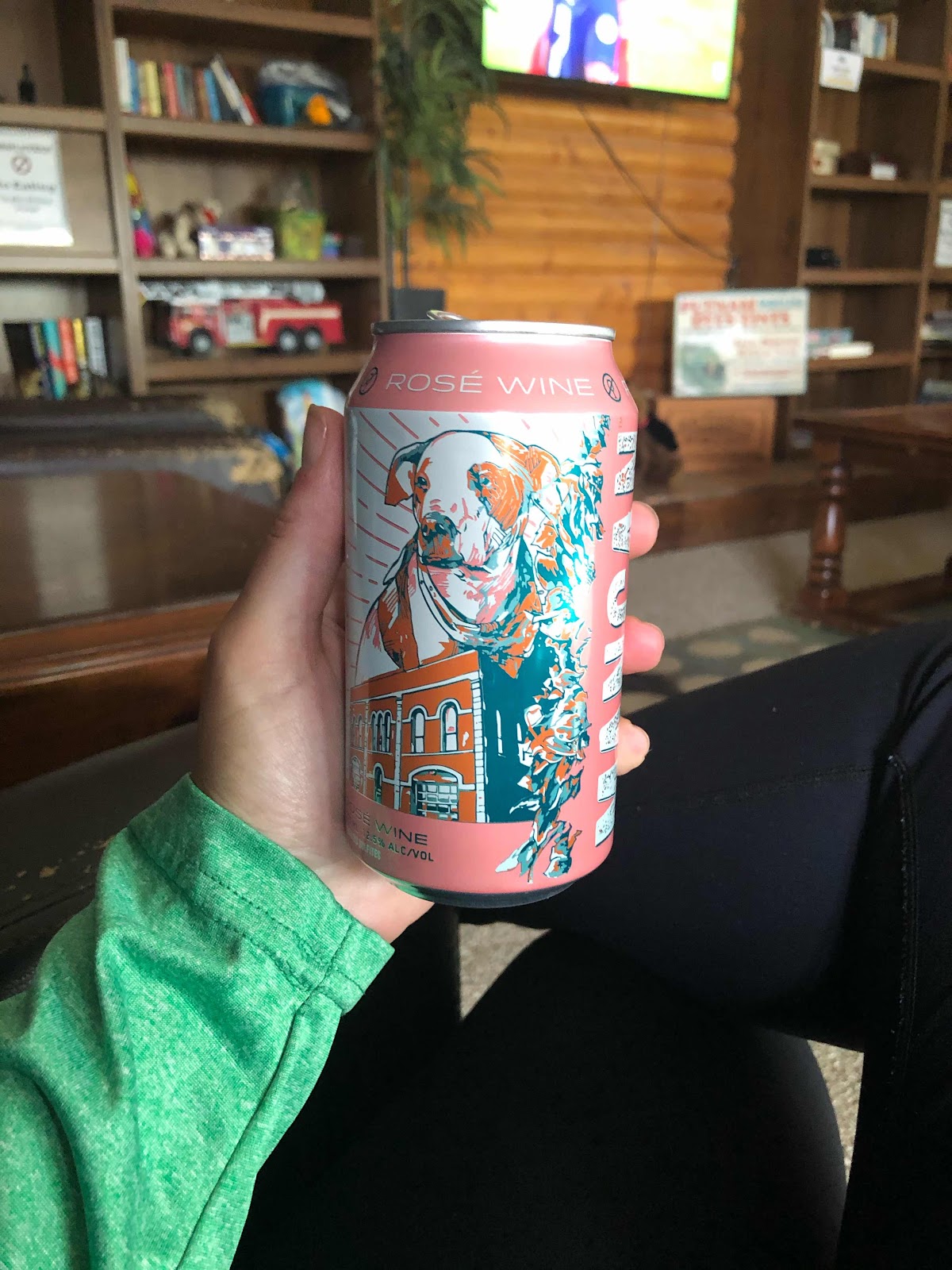 My free drink from Great Legs

Flaming Hot and I watched the UEFA League championship game while a bunch of other hikers went for a train ride. I finished posting my backlog of blog posts, did laundry, showered, and sorted out my resupply box. I had eaten a microwaved burrito in Twin Lakes, but I was still hungry. Flaming Hot and I decided to go grab a pizza from a local restaurant. On the way there we saw a sign for $11.95 Filet Mignon. We decided there was no way we could pass up such a deal. We both enjoyed a bottle of wine and a delicious steak dinner. The best part was getting to spend time with Flaming Hot again. He was an integral part of the Wolf Pack and our group missed him greatly when he had to get off of trail. 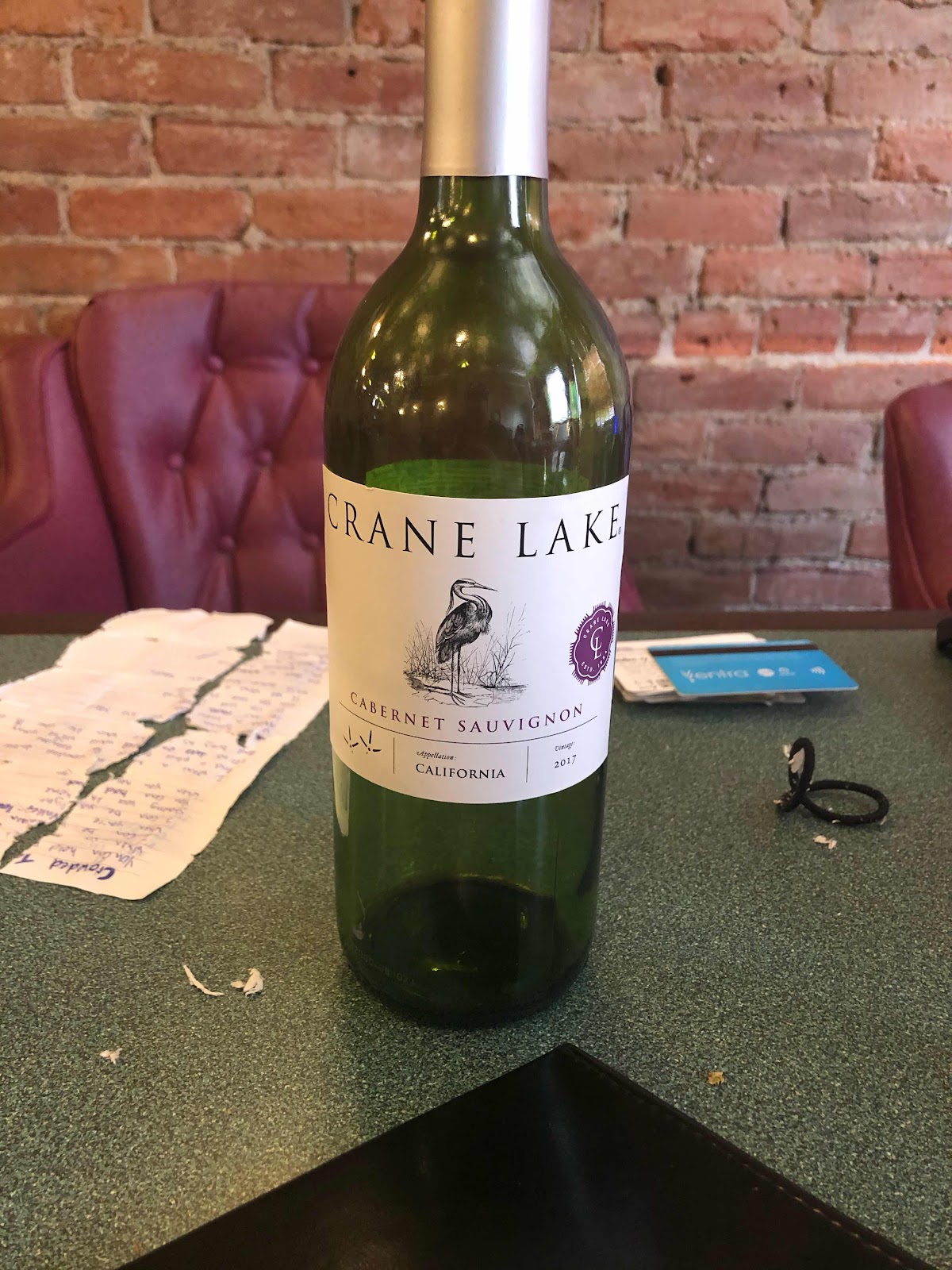 Forgot to get a picture of the steak
A bunch of hikers are at the hostel today. I knew a few of them. Gravy and Bob Dylan were both part of a much larger group. They are celebrating someone named Ass-sqwatch’s birthday. I am having enough problems staying hydrated on trail without being hungover so I skipped most of the festivities. I talked to my friend Jess for awhile and made plans for meeting up in the next town. The farther I hike the closer I get to home. I’m hoping for a halfway decent start time tomorrow. This next section of trail is arguably the best part of the trail. I have fuzzy memories of when I hiked it in 2018. I remember a lot of big views, alpine lakes and meadows, with a lot of elevation change. I’m hoping the wildfire smoke doesn’t have too big of an impact.
“It seems to me that trying to live without friends is like milking a bear to get cream for your morning coffee. It is a whole lot of trouble, and then not worth much after you get it.”
- Zora Neale Hurston