Day 8- The One With The CDT

What a difference a good nights sleep can make. I have probably only gotten four hours of sleep every night since I started. Last night I didn’t have any nocturnal visitors and slept great. I was glad that I took the time to hang my food. I was on trail by 6:30am and ready to knock out a big climb. My stomach still felt off though. I’m pretty sure that I’m just not drinking enough and staying slightly dehydrated. I’m not sure how that is possible. I’m drinking tons of water. I even had two Gatorades and a liter of water yesterday at the store in Jefferson. I tried really hard to make hydration a priority today.
My morning climb took me up to Georgia Pass. This Pass holds special meaning for me for two reasons. It is the point where Turtle and I ended our partnership on the CDT in 2018 and it is where the CDT and CT trail no longer coincide. I was really looking forward to hitting the CDT again. For the next 300ish miles the two trails are one in the same. It also means that I have hiked this section before, albeit from the other direction. 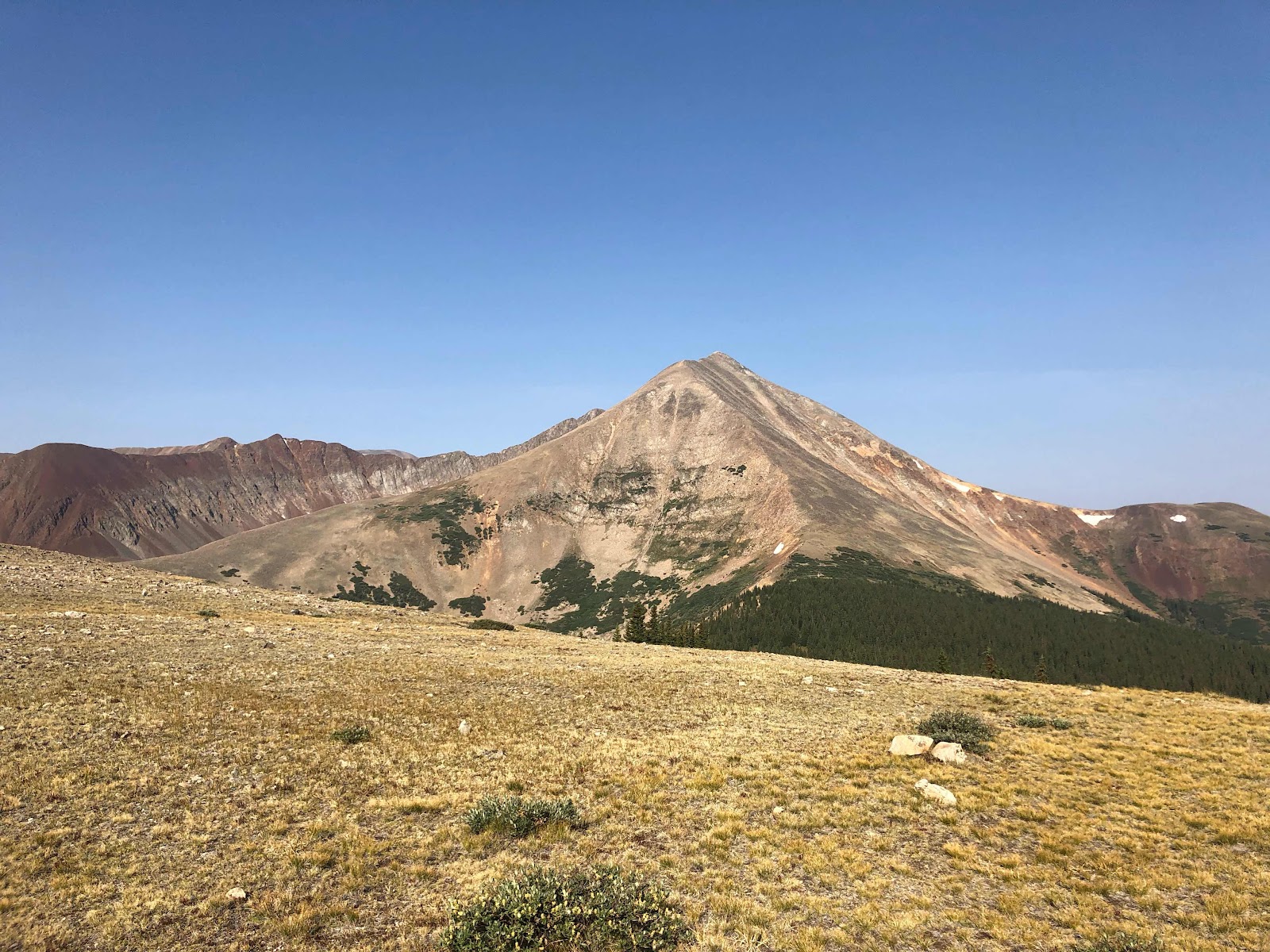 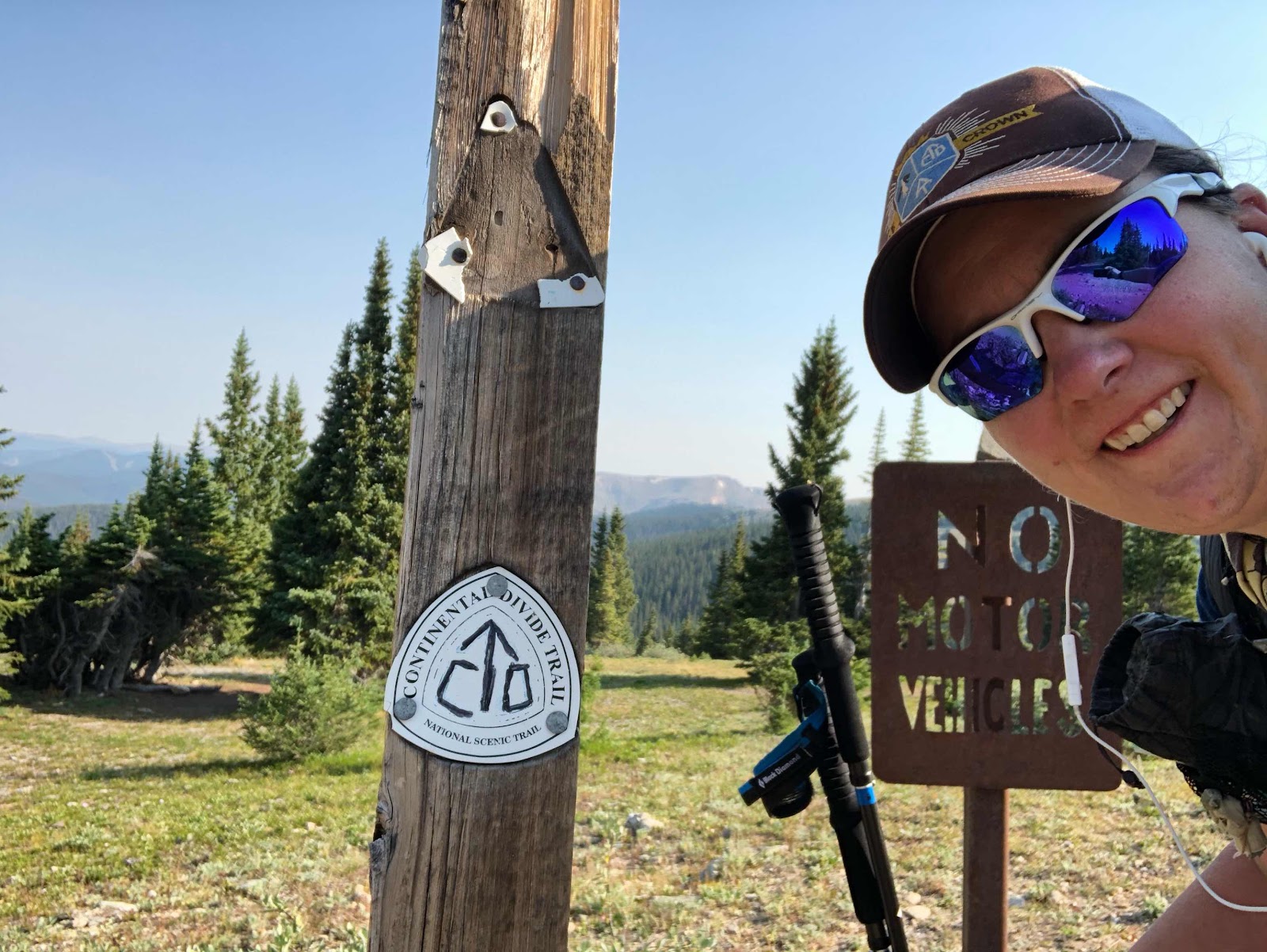 Greeting an old friend
I was really not fond of the next several miles. The trail went straight downhill for what seemed like forever. By the time I got to the bottom my knees and feet where very angry. Somewhere on the way down Jeff and Bryce passed me, they would not be the last bikers to going flying past. The huge amount of descent into Breckenridge is what these bikepackers live for and one of the reason they do so many more miles than hikers. What took me most of the morning to accomplish they did in less than an hour. It just doesn’t seem fair. 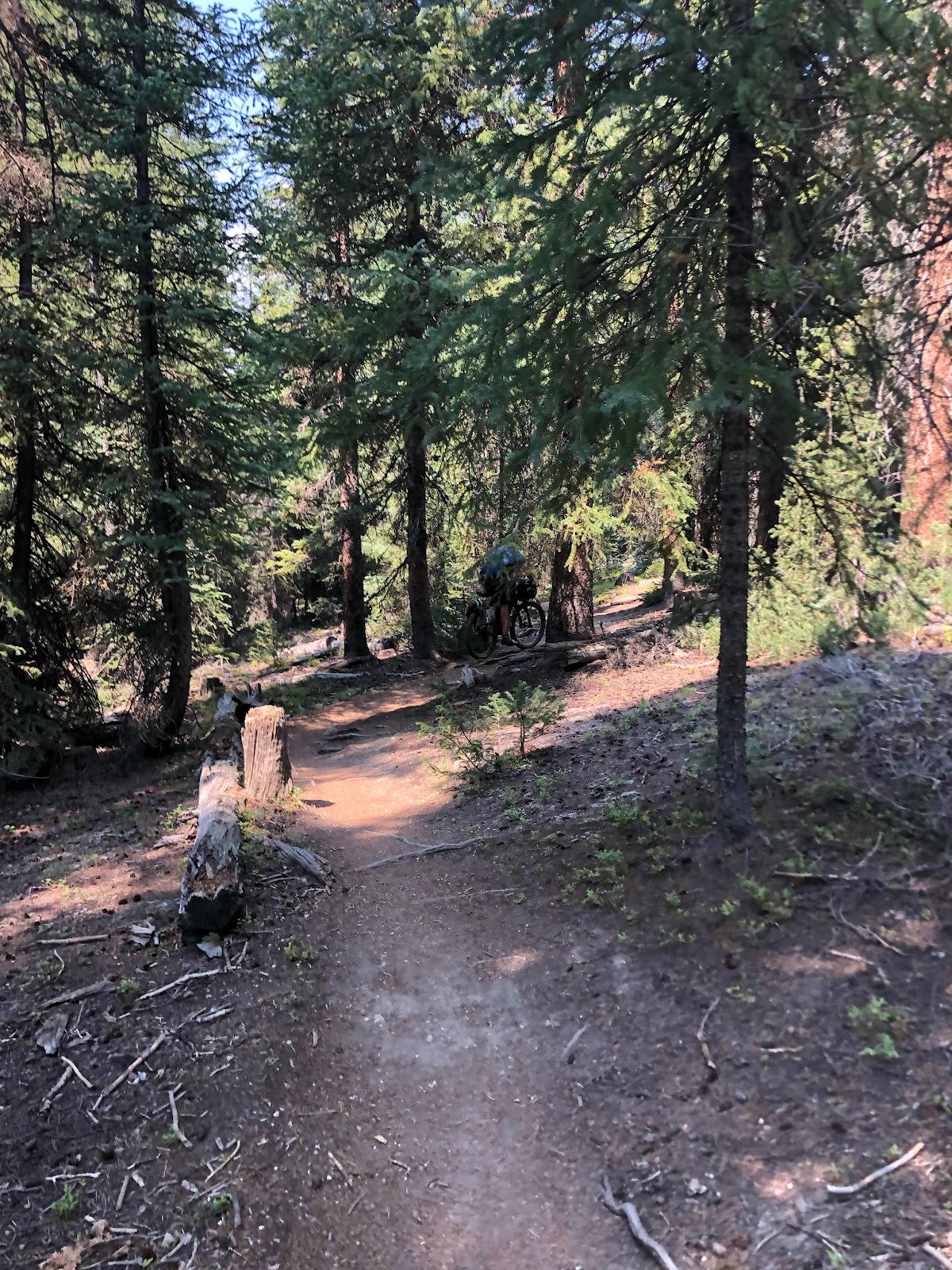 Barely visible biker on the way down
I was surprised by how much I remembered of this area. I’m pretty sure that two of my break locations where places I stopped to rest in 2018. I even found where I set up camp on my first night after leaving Breckenridge. This section was just as physically draining as I remembered. Although in 2018 I had 1,700 miles under my belt. This year I had less than 100. 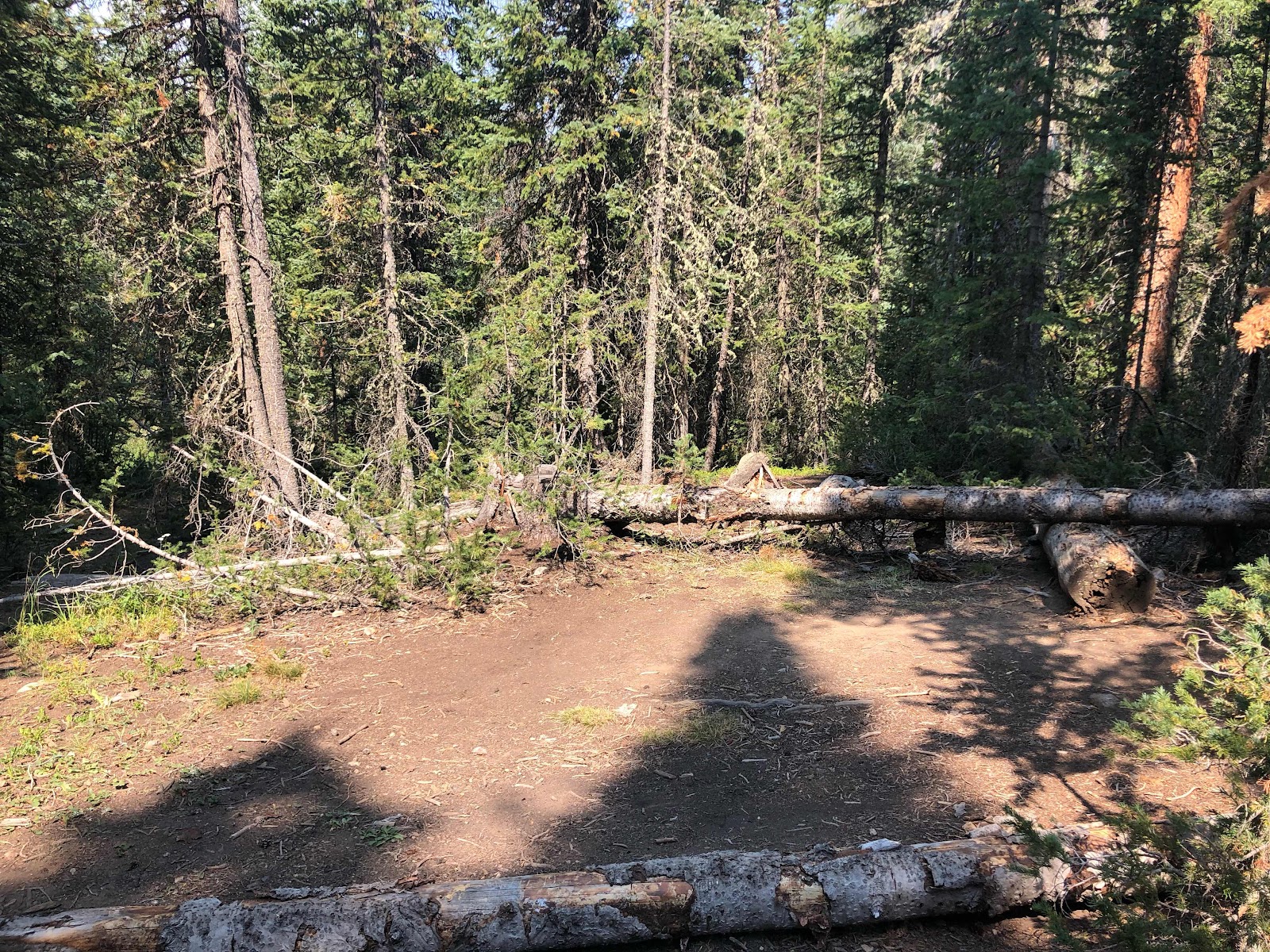 Old camp spot
Just after passing my old camp spot I had a big decision to make about how much water to carry with me. I had 9.5 miles until the next water source, but I had already hiked almost 13 miles. I needed to decide if I was going to carry enough water to dry camp or carry just what I needed to the next source. I wasn’t 100% sure I could make it to the next source or if there would be camping there. I had another big climb followed by a really long torturous descent. It was still really early in the day. I drank a liter of water while I tried to make up my mind. I did promise to make hydration a priority, so in the end I decided to carry enough water to dry camp. If I made it to the next water source I would at least be really hydrated when I got there. I forgot how much it sucks and hurts to carry 3.5L of water up almost 2,000ft. I managed to eat a little more food today so my energy levels were better. I’m still not loving the food I packed for this section. Luckily, the box I’m picking up in Breckenridge has different types of food in it. 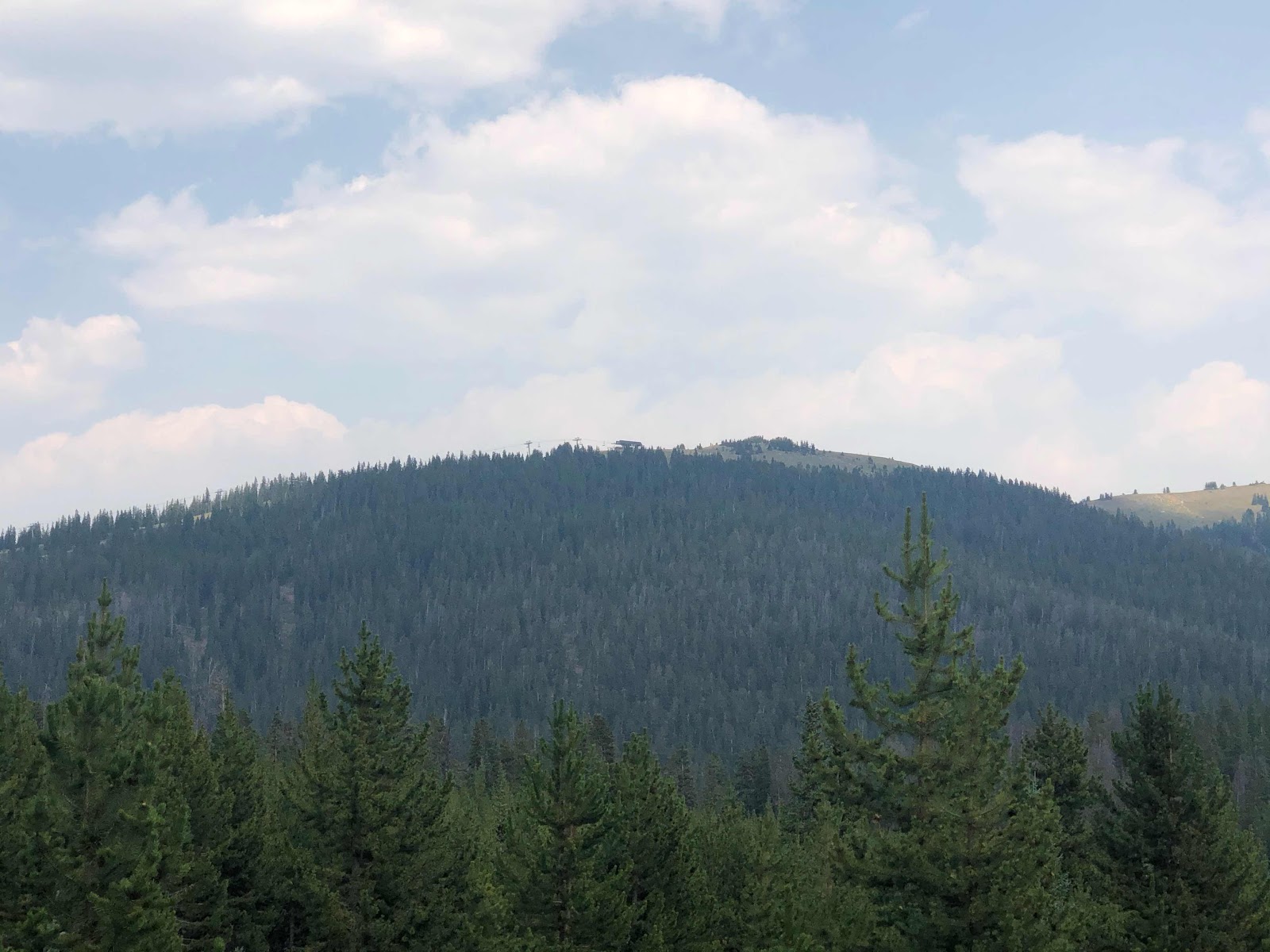 Chair lift visible, getting close now
I got to a highly discussed camping sight with great views, but it was barely four o’clock. I couldn’t justify stopping that early in the day. I did take a nice long break there to let my feet rest. I only had about three miles to go until I wanted to make camp. Somehow when I left my break spot I took the wrong trail. I didn’t realize what I had done until I came across an unlisted water source. I checked my hiking app and to my horror saw that I went .7 miles on a side trail. I said a few bad words and retraced my steps. Now I know how my hiking buddy, Uturn, feels. Although to be fair I’m sure he handles his many mistakes with more grace than I did. 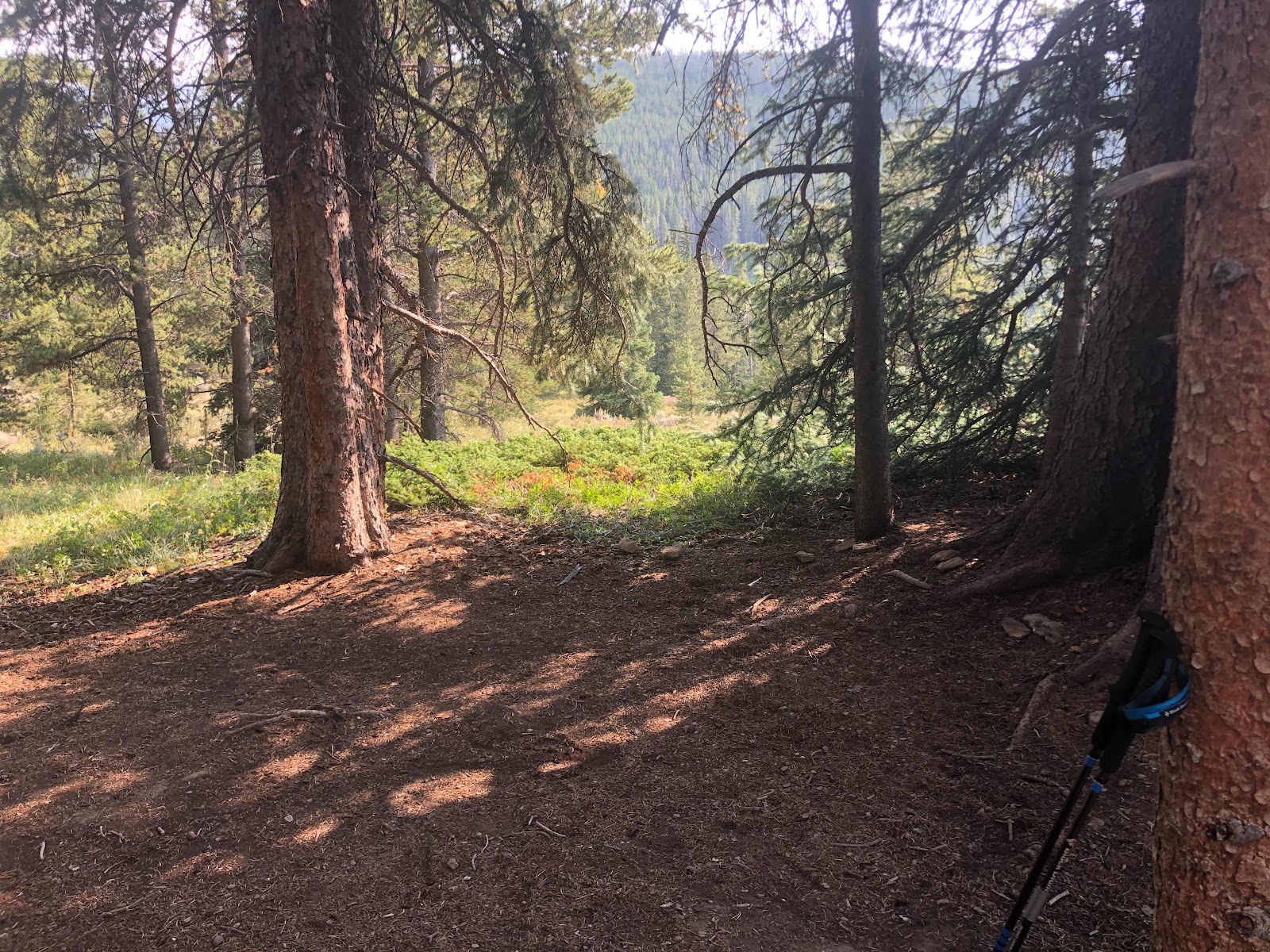 Nice shady place for a rest 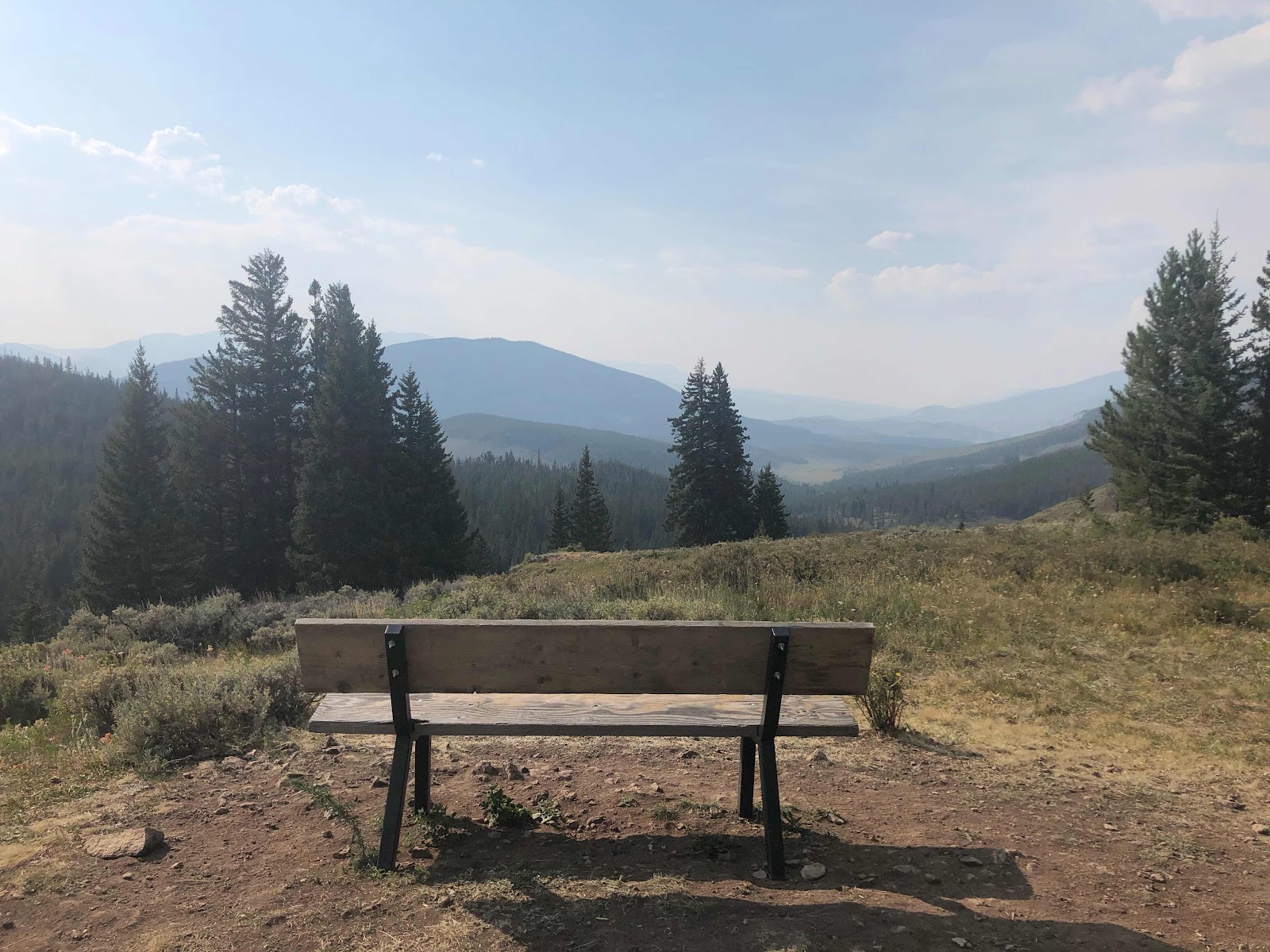 I blame the awesome bench for distracting me 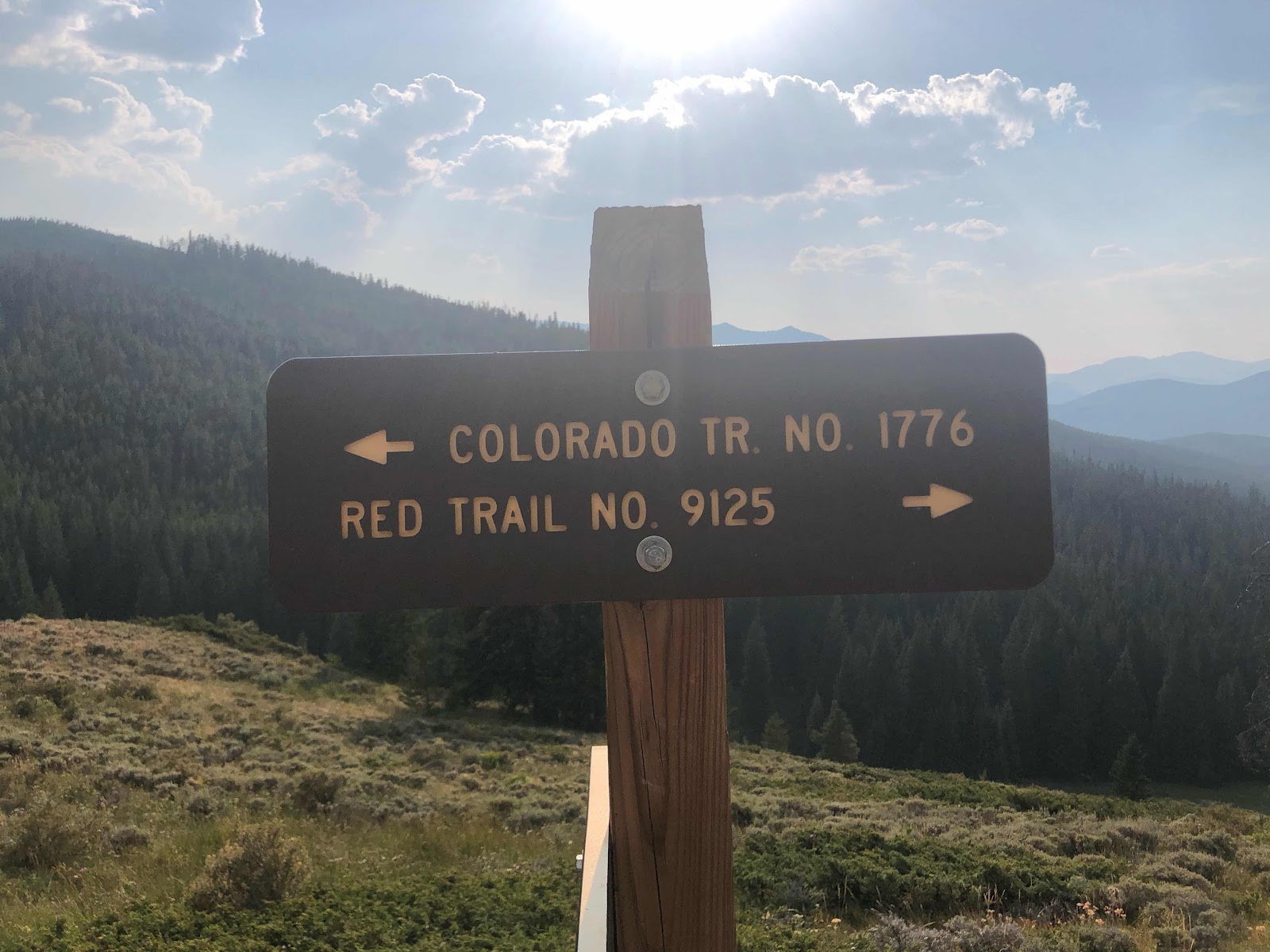 Very well marked. I just didn’t ready the sign
As a result of my little detour I made it to camp a little bit later than expected. I decided to cowboy camp again because the weather looks clear and I’m lazy. This is the first night I’ve gotten to camp and actually felt like cooking dinner. I was relieved to be so hungry. I packed one of my favorite hiking meals for this section, but haven’t cooked it yet because I didn’t think I could finish it. This meal is the entire reason I bought a bigger pot for this trail. Suddenly Salad Pasta Salad is amazing. I brought the Bacon Ranch flavor and even had a few mayo packets to add to it(thanks Jess Lackey and The Peaks for letting me have the mayo packets). Dinner was everything I hoped for and more! 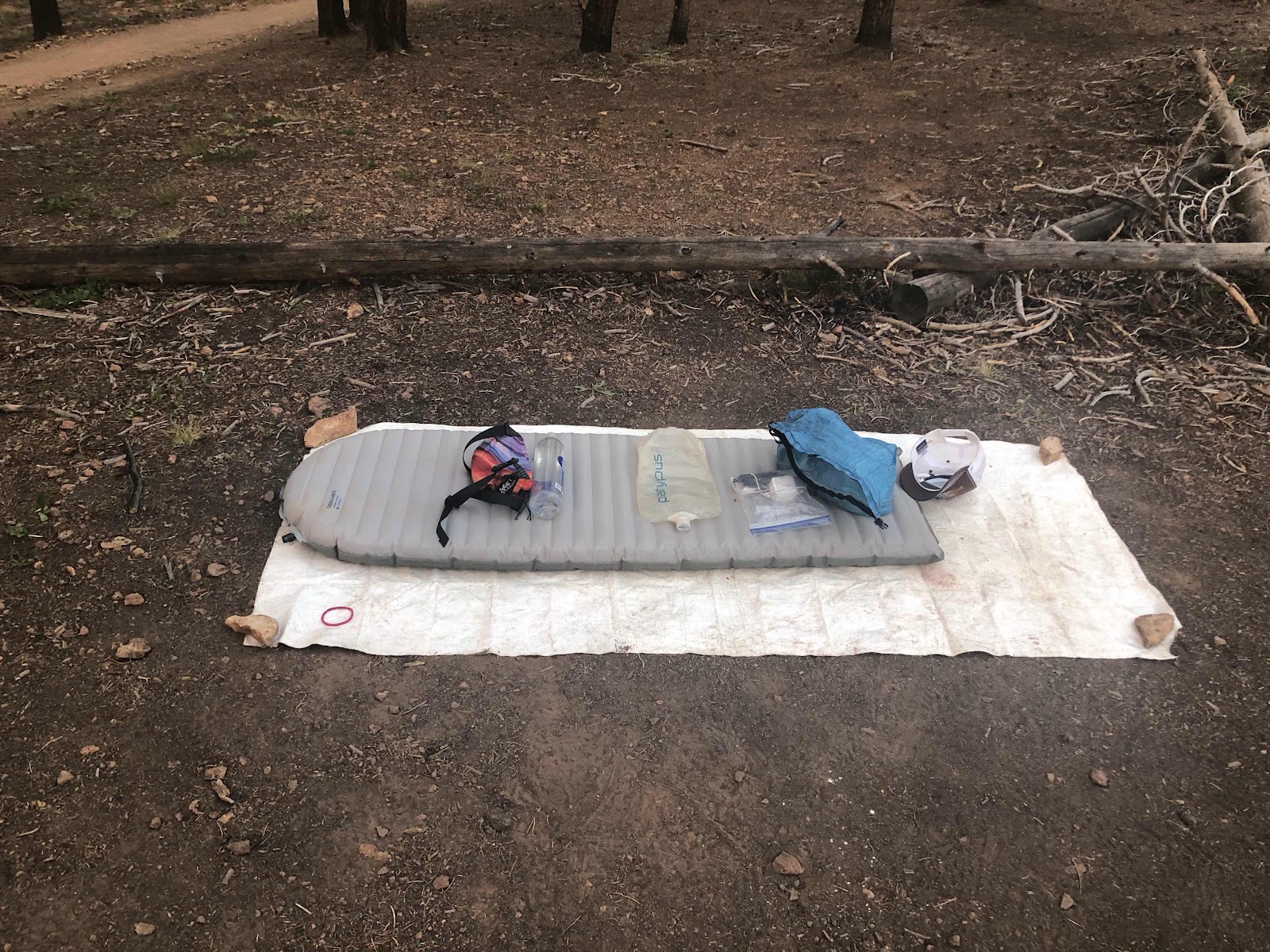 Actually remembered to take a pic of camp 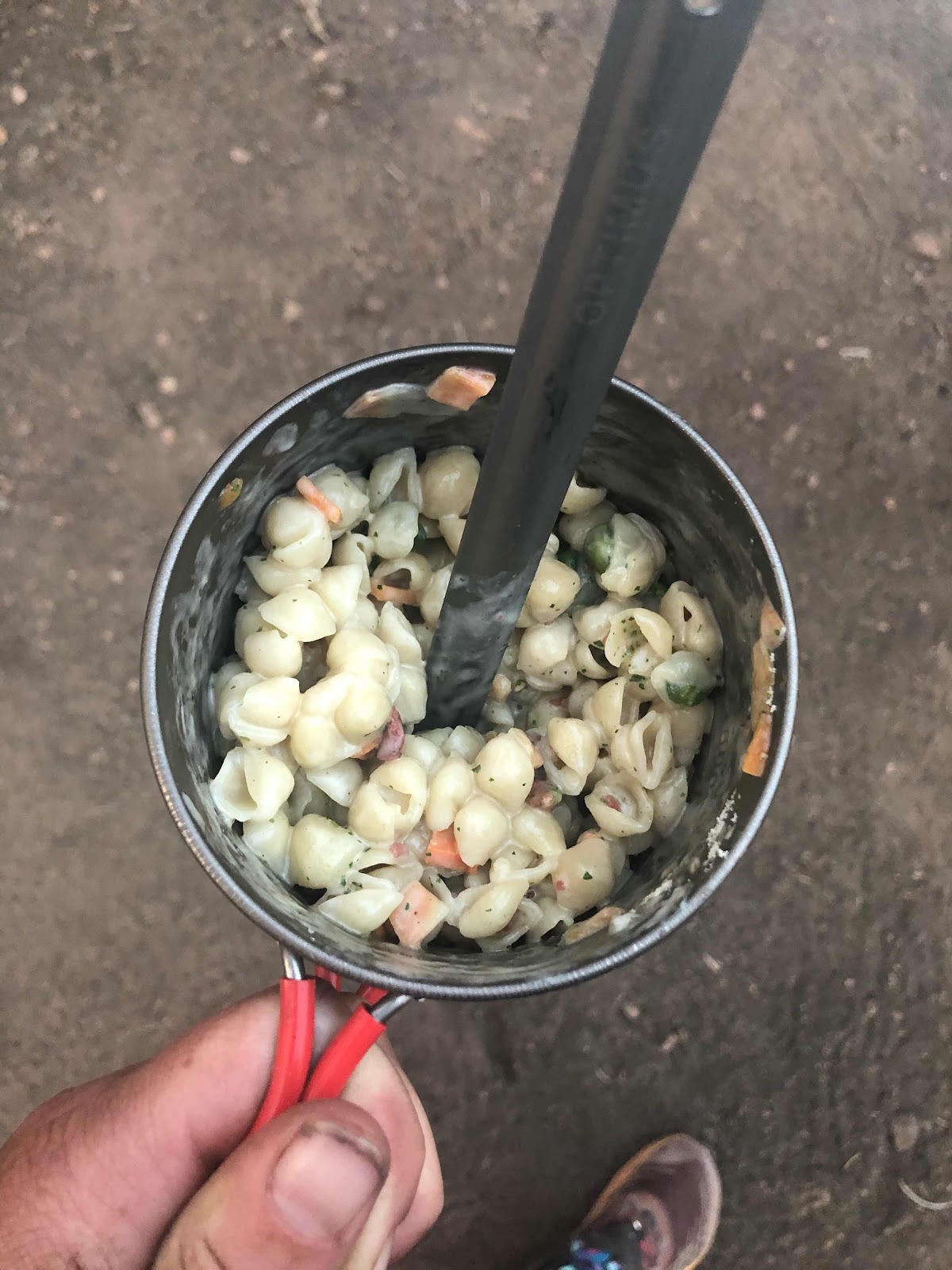 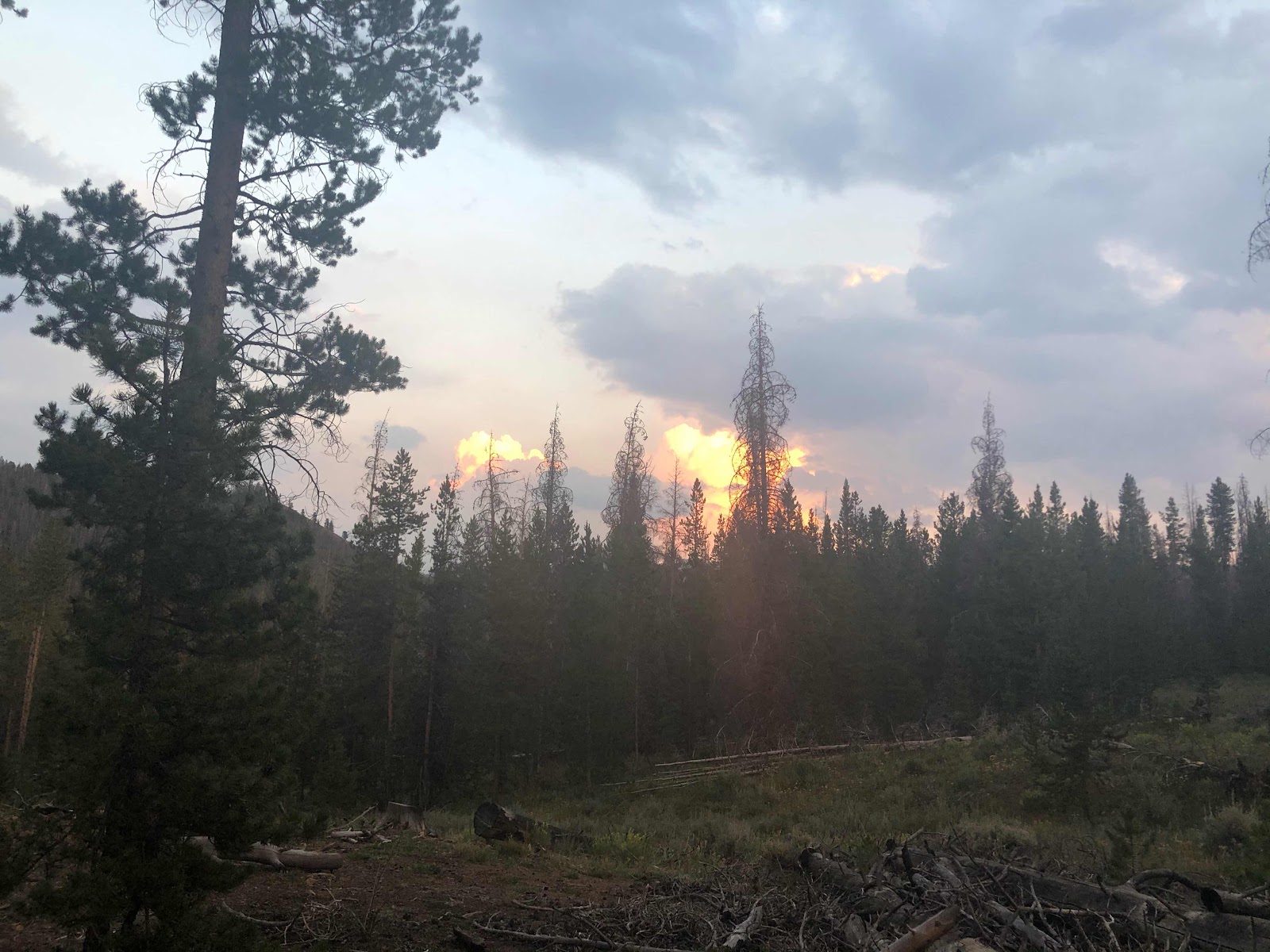 Dinner with a nice view
I’m less than four miles from Breckenridge. I’m about two days ahead of schedule so I’m definitely taking a zero day. I’m looking forward to having a breakfast burrito and a cup of coffee in the morning.