Day 18- The Fellowship of the Trail 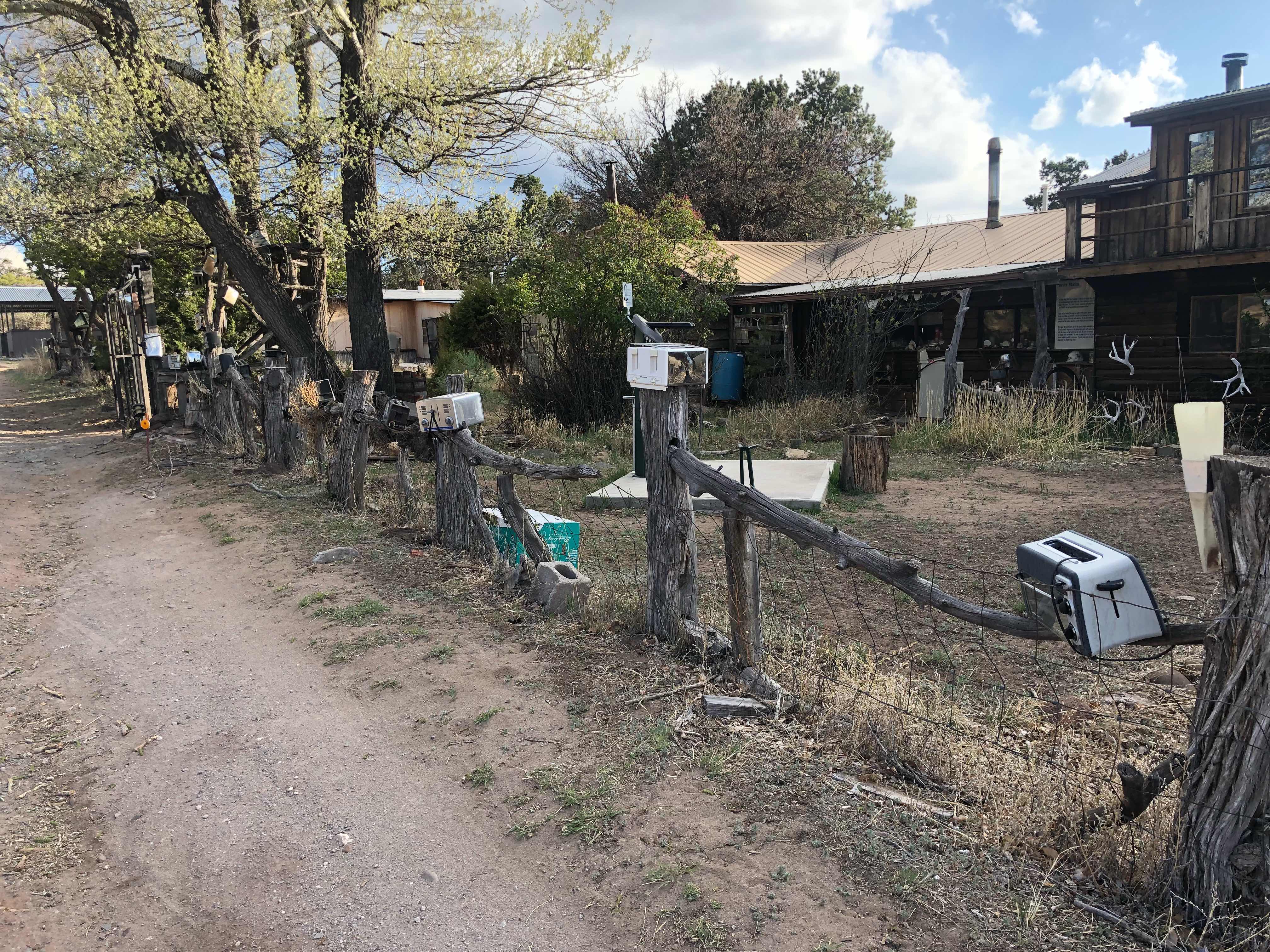 The Toaster House
It was another cold night and morning on Dagobah. Last night was an utter failure on my part to find a spot out of the wind and to setup on flat ground. The wind was blowing so hard I kept waking up thinking my tent was being ripped to shreds. I also kept sliding off of my sleeping pad. Definitely was not a restful event. I guess you win some and you lose some. I have learned to adjust for uneven ground by putting extra clothes under my pad to help even it out. Since I, once again, was wearing all of my clothes this really was not an option. I stuck my shoes under one part of the pad, which kept me from rolling off the sides, but I kept sliding down. When I finally got up this morning I was relieved to find my tent in one piece. I pulled myself out of my sleeping bag faster than usual. It was town day! This has been a long stretch for so early in the trail. I’m pretty sure this is the longest I have ever gone without shower and laundry services. I thought I was super tan, but it turns out that most of what I thought of as tan was actually dirt. In fact it was so windy last night and I camped in a sandy area I woke up with close to an eighth of an inch of dirt and sand in my tent this morning. As I was packing up to leave I had to deal with about 30 seconds of sleet. I was very thankful that it was short lived. I also had extra motivation to hike fast. On top of my injuries, illness, and loneliness I just couldn’t deal with hiking in freezing rain. I hiked as fast as I could for 45 minutes and when I looked behind me I had put the storm a good distance away. 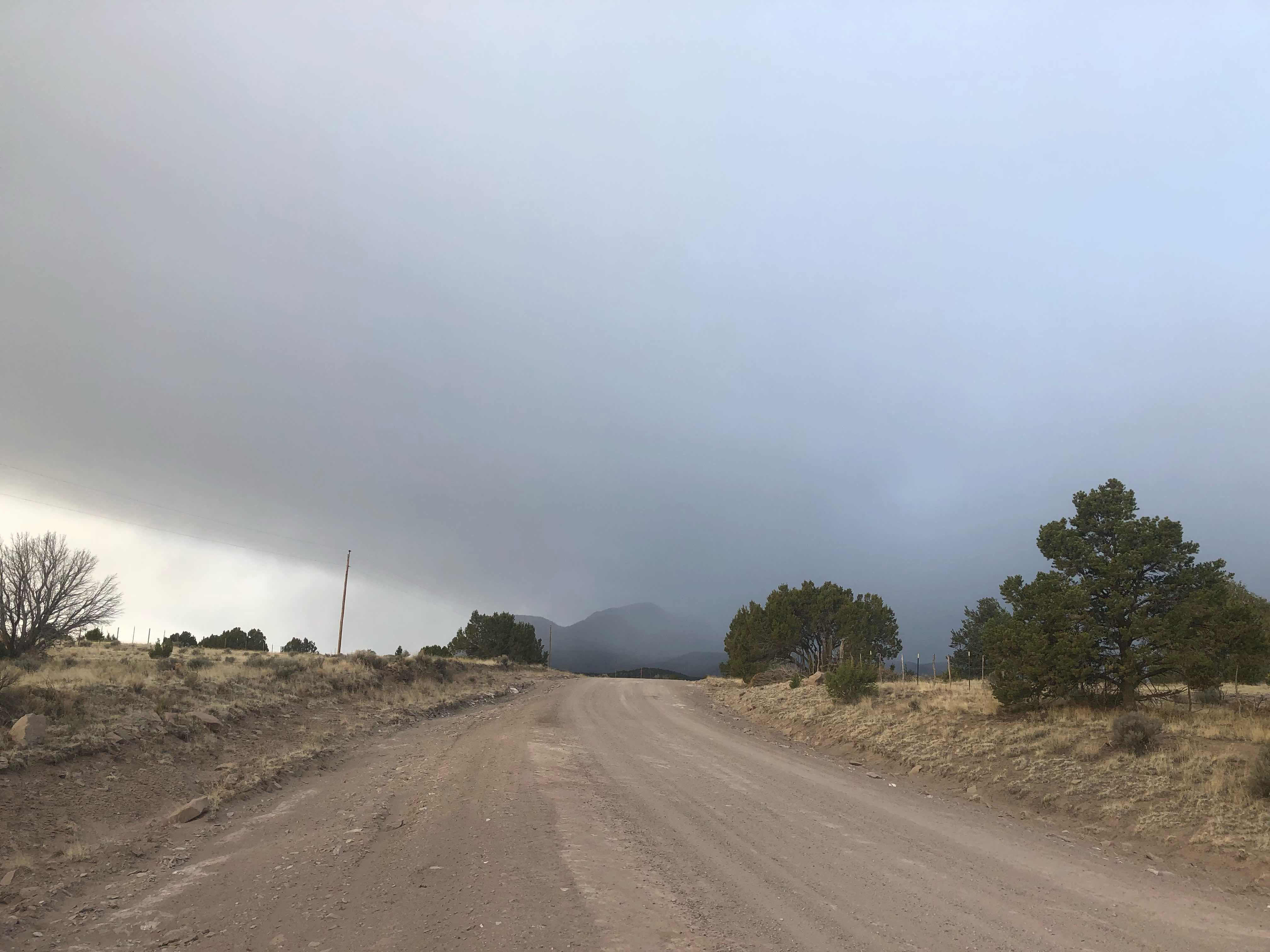 Scary looking sky
A nice gravel dirt road lead me right into town. On the way in I passed by some pretty sandstone hills and a tiny Grand Canyon. It was really just a wash, but it reminded me of a miniature scale set used in movies. For the next few miles I played out all kinds of pretend action scenes in my head. Yup, the loneliness is definitely making me go funny(more funny than normal). 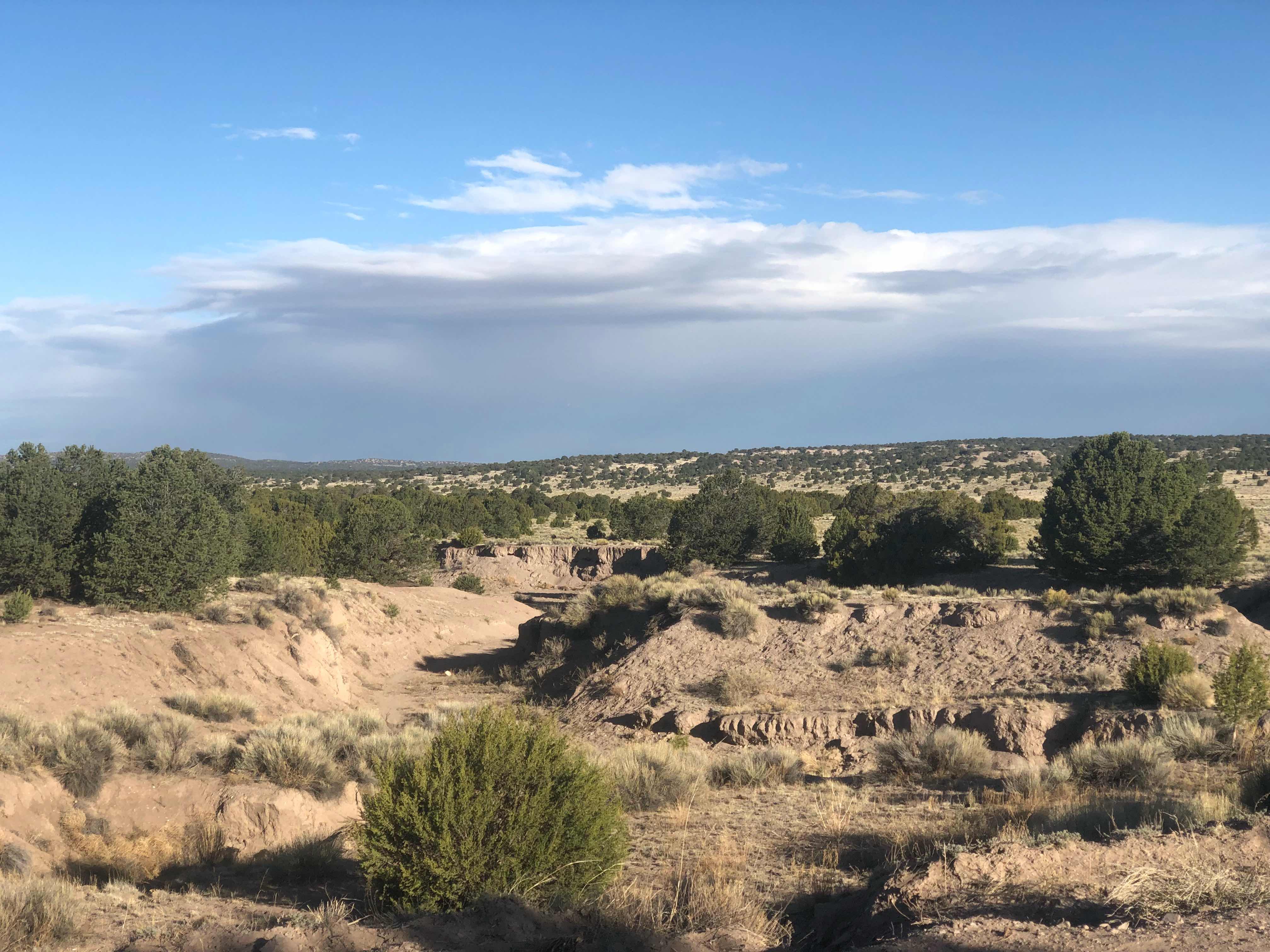 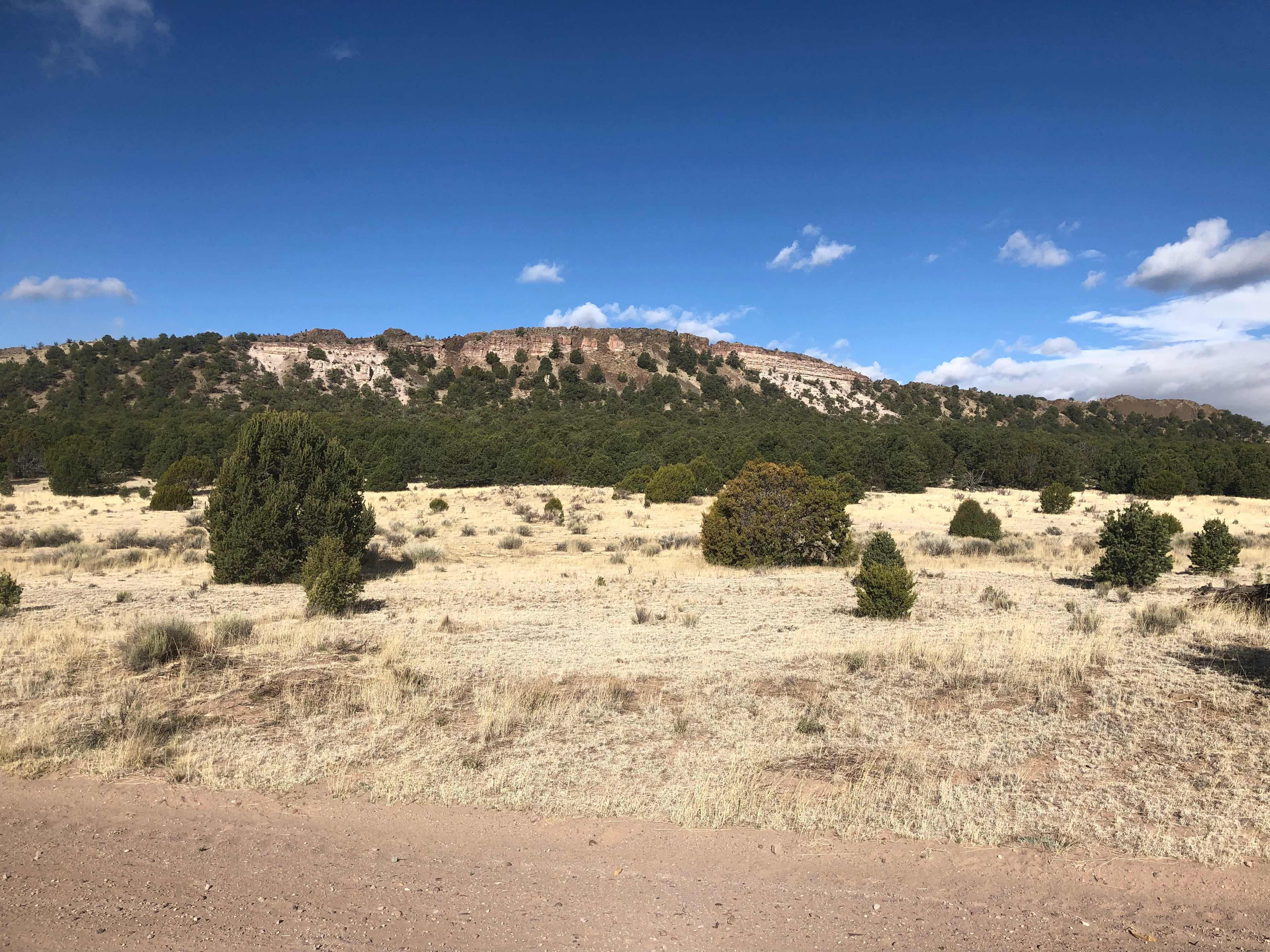 Sandstone hill
I was really stoked to hit Pie Town. First of all who doesn’t love a good pie. I figured a town named after pie must know how to make a good one. Secondly, Pie Town and the Toaster House are iconic locations on the trail. The Toaster House is a free, donation based hiker hostel. The owner, Nita, is a really sweet lady that allows hikers to stay in her old house free of charge. She moved out of the house ten years ago, but instead of selling the property she opened her doors to smelly, dirty, strangers. Amazing! 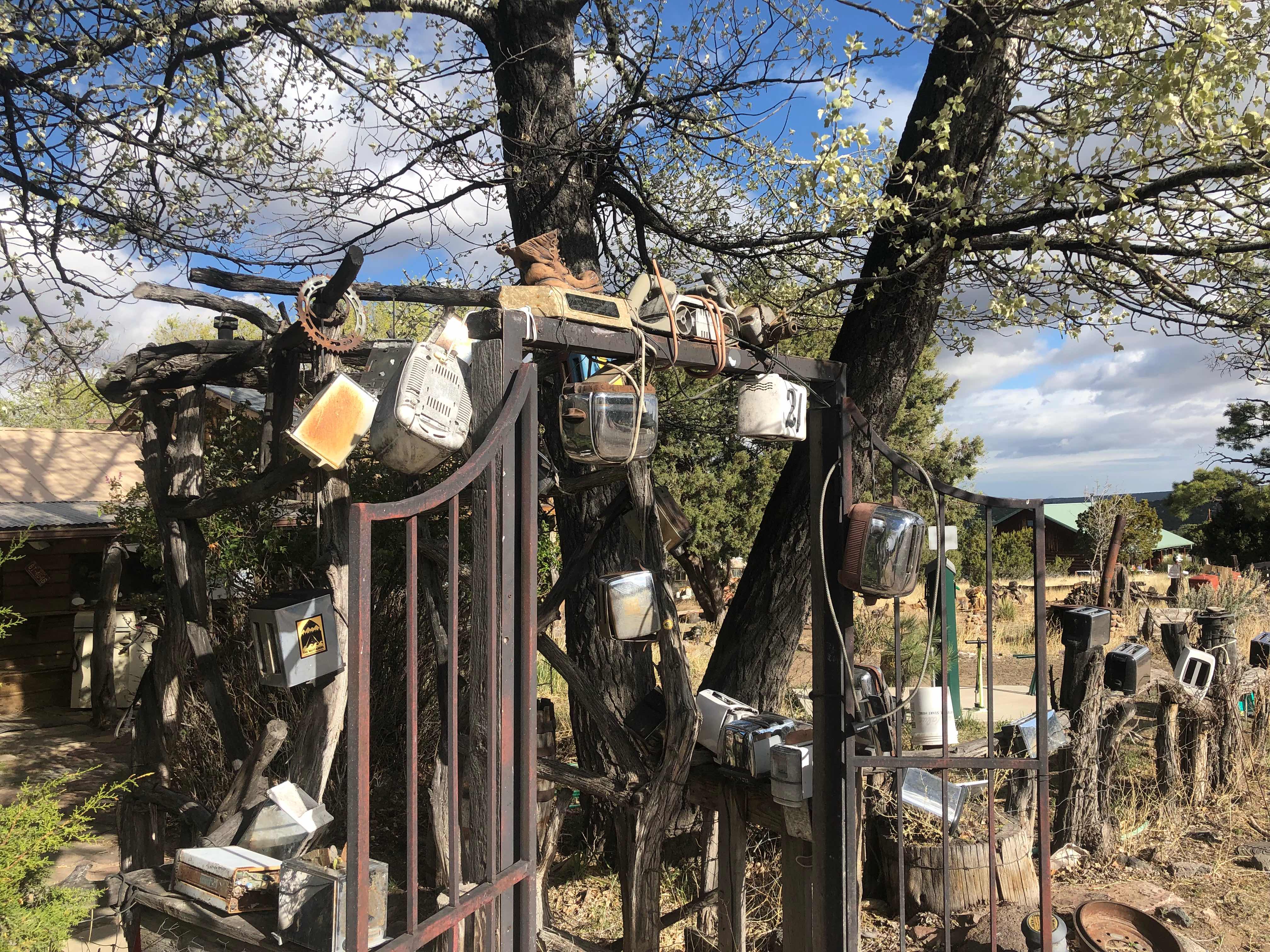 Front gate of the Toaster House
I hiked in to town a little before 9am. Nita had just stopped by the house and was on her way to run some errands. She offered to drive me down the street to one of two local cafes. I was tempted to take a shower and start my laundry, but she mentioned other hikers were at the cafe. Since I was starved for hiker interactions and food, I decided my shower and laundry could wait. I met a few new hikers and reconnected with Safety Turtle(Scott). I guess he passed me two nights ago. He really doesn’t hike like a turtle. The other three hikers have been ahead of me for weeks and I was stoked to catch up to them. Dixie has a very popular YouTube channel, Homemade Wonderlust. We hiked the AT the same year and have a few mutual friends. You should check out her channel and blog. She is hiking with her friend and video editor, Aaron and a guy named Perth. We talked away most of the morning. Not only was it great to connect with other hikers, but it was fantastic to talk with another badass hiker chick. There are not very many women on this trail. Around lunch time Michael, now called Mangus, and Shiloh came in. I lost both of them out of Lordsburg. I was in heaven. Today was what my lonely soul needed. Most everyone I meet out here has hiked the AT and/or the PCT. We always end up sitting around and reminiscing about the other trails. 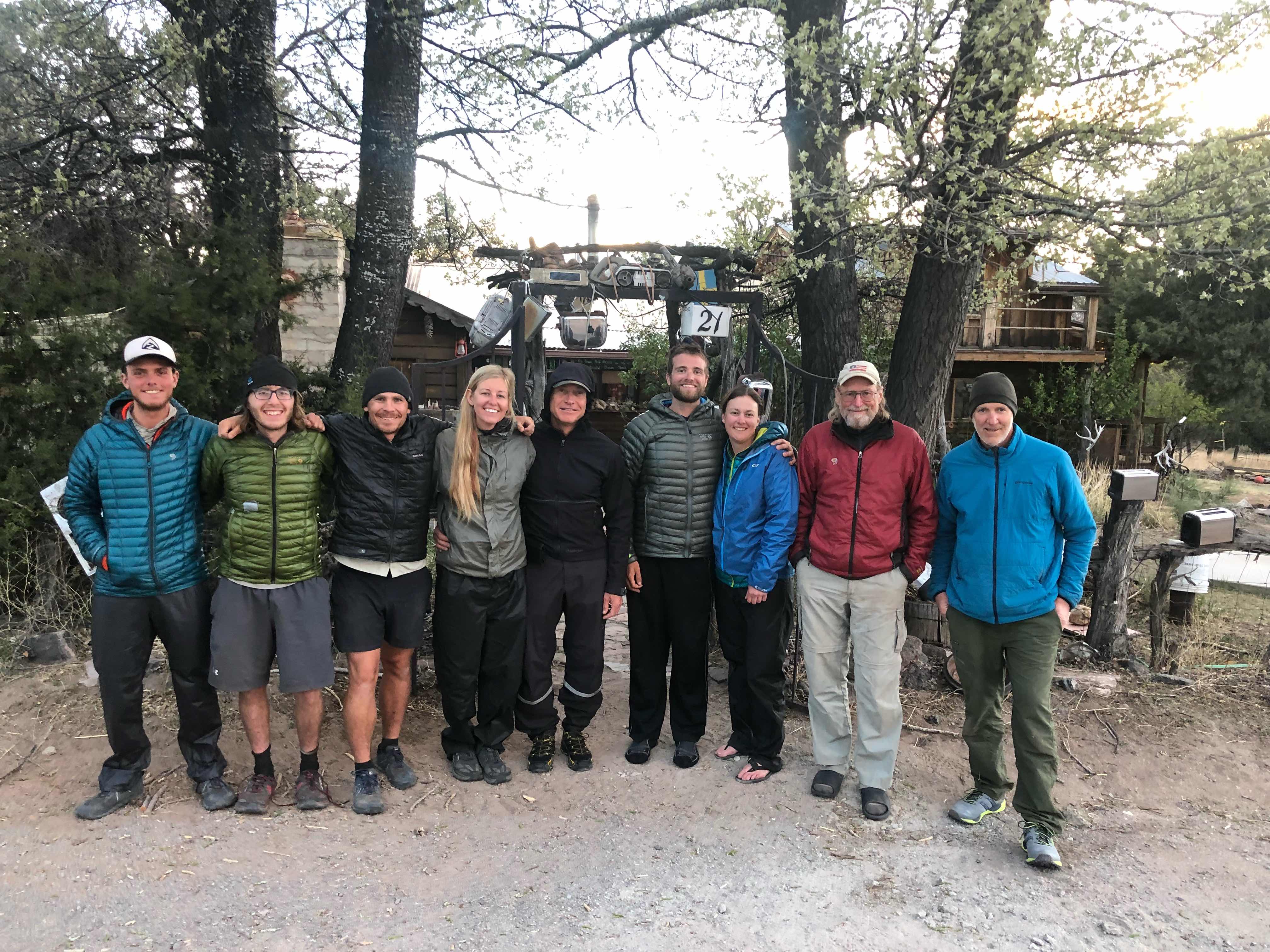 Group photo at the Toaster House
L-R: Sockeye, TK, Turtle, Dixie, Discovery, Aaron, Me, Shiloh, Mangus
After leaving the Gathering Place we stopped by the other cafe in town, Pie Town cafe. I got togo food for dinner, which I ended up eating for lunch. We hung out there for over an hour. As we starting heading back to the house it began to hail/sleet. I was so glad I didn’t have to hike today. The weather stayed nasty all day. Extremely high winds, precipitation, and just above freezing temps. Turtle, Dixie, and Aaron all took a zero day. I can’t say that I blame them. No since I’m heading out in this type of weather if you don’t have to. The only downside to this town is the lack of cell service and internet. I was hoping to catch up blog comments and email, but I was unable to do so. It will have to wait until I take a zero day in Grants, NM in 4 or 5 days. 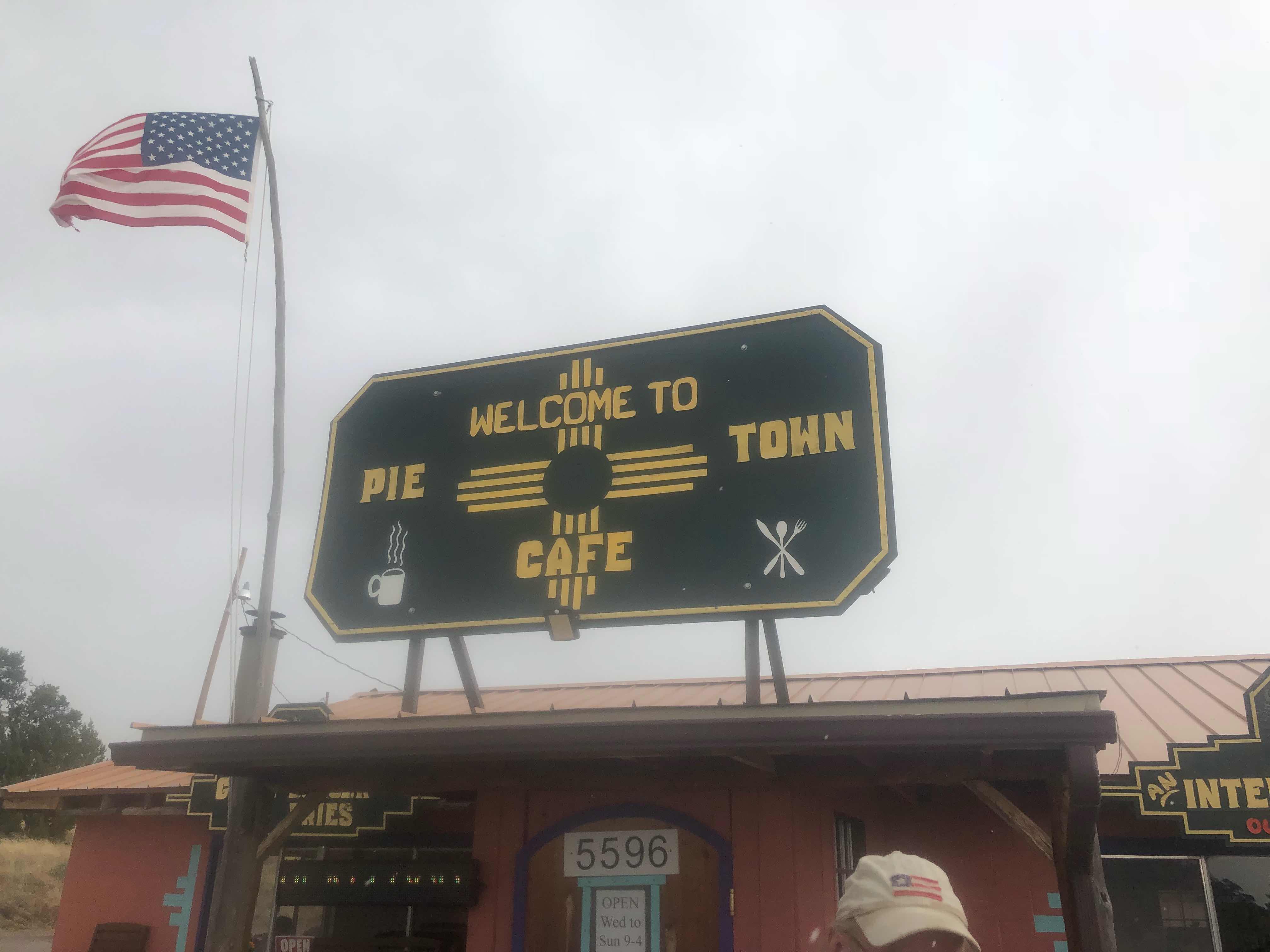 Cafe # 2
I should mention that I had half of a blueberry pie with ice cream at the Gathering Place. I hadn’t planned on having pie for second breakfast, but I nice man offered to buy it for me. Who could say no to that? I finally got my shower and laundry taken care of. Man did it feel good to be clean again. I was starting to feel like Pigpen from the Peanuts comic strip. The rest of the day was taken up by planning our next leg into Grants and hanging out. Everyone has resupply boxes sent here and almost everyone has too much food. When this happens people will leave what they don’t want in the hiker box. A hiker box is like the leave a penny take a penny tray at the store. The hiker box here was out of control. There was abandoned food and gear everywhere. Turtle started to organize the chaos, so everyone joined in to help. I am always amazed at what people will leave behind. Come on people, no one wants your half eaten chocolate bar or mystery powder. Just throw that away. We even came across a 5 lb ziplock bag of peanut butter. There are also close to 10 jars of peanut butter. It is amazing how quickly you get tired of eating the same thing day in and day out. After two long distance trails I am sick of almost everything in a hikers usual diet. I’m almost over M&Ms, Oreos, and mac and cheese. Gasp... I never thought that would be possible. When it comes to dinner I’m tired of everything except ramen and Mountain House type meals. 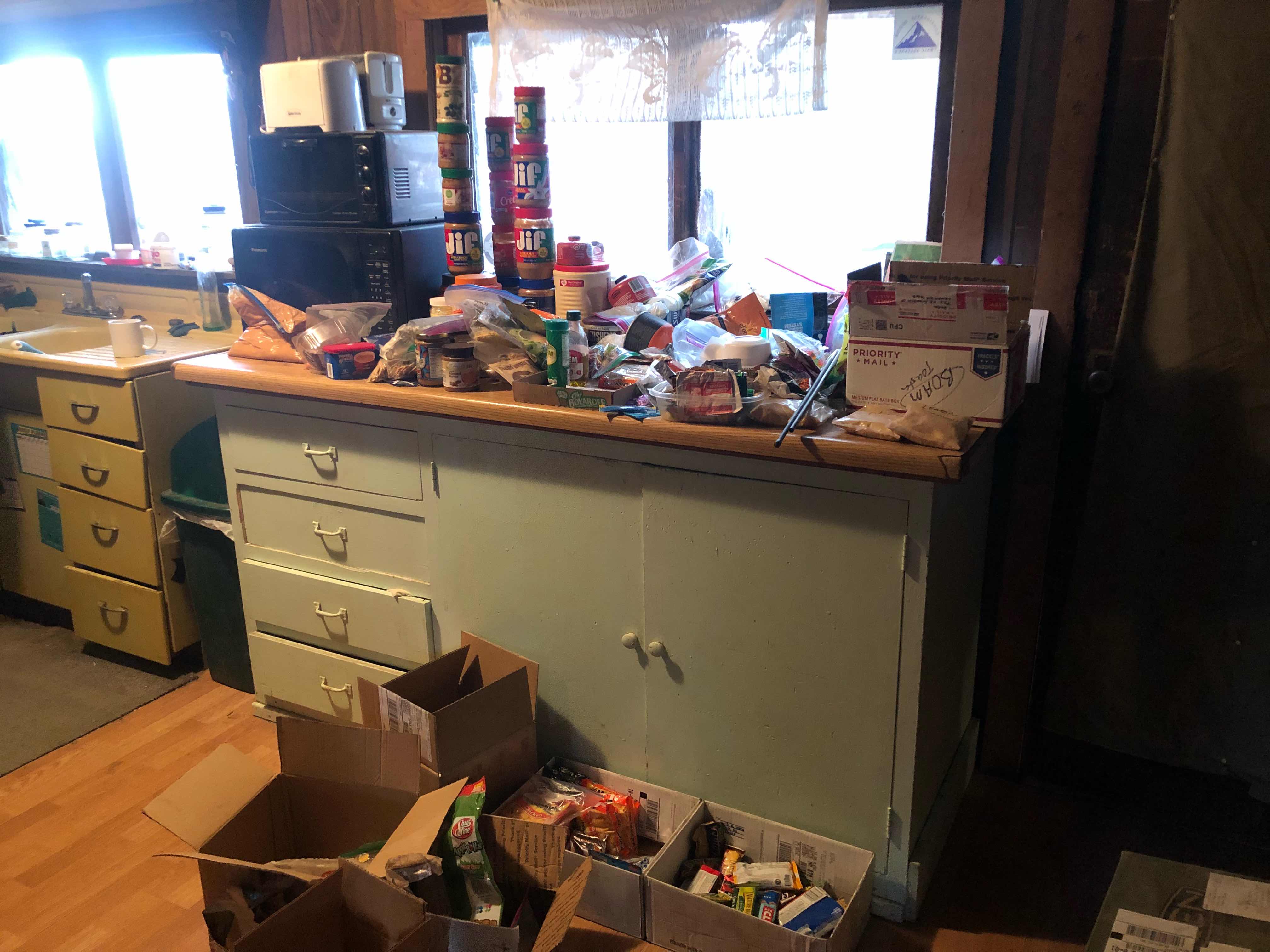 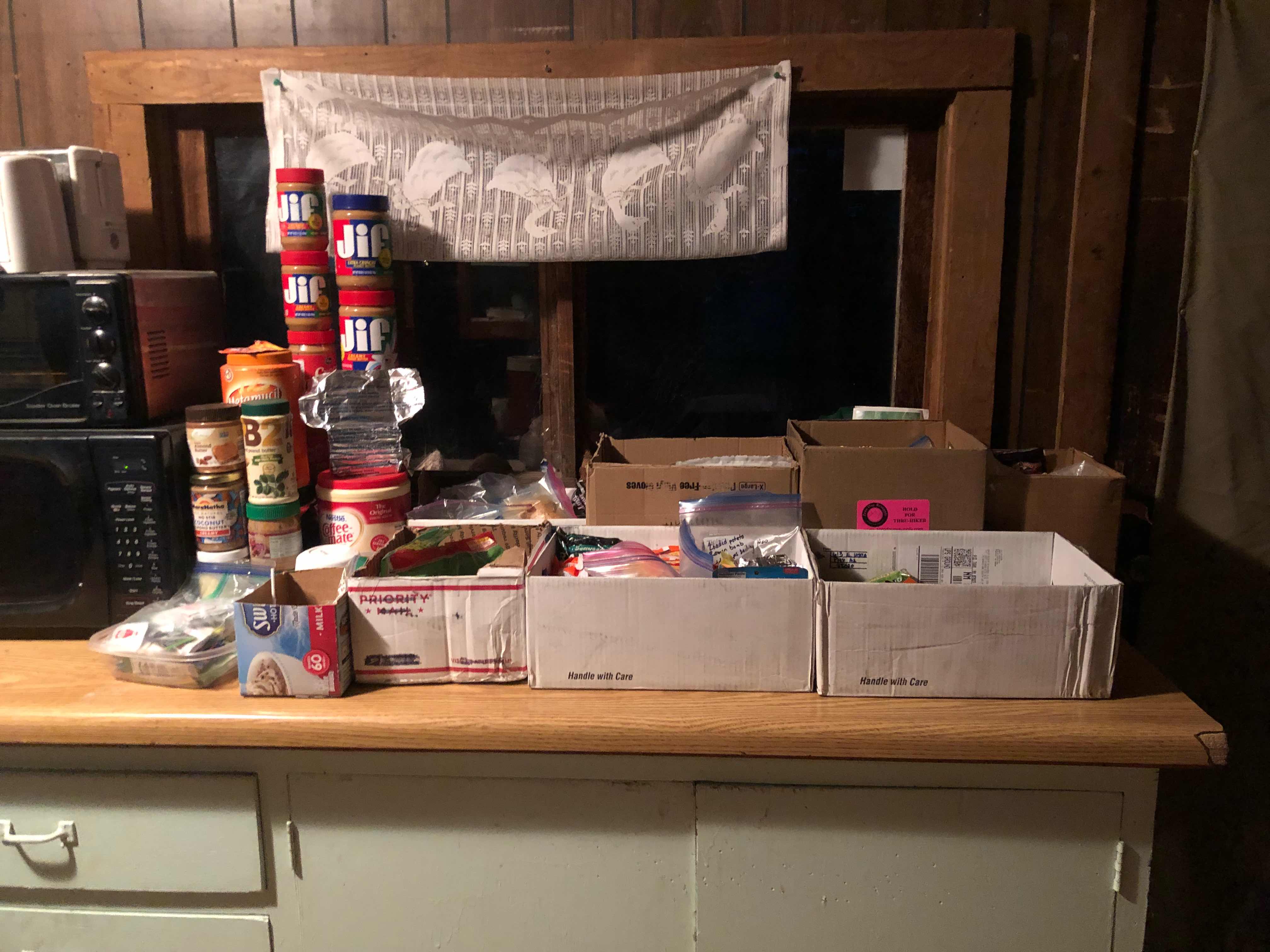 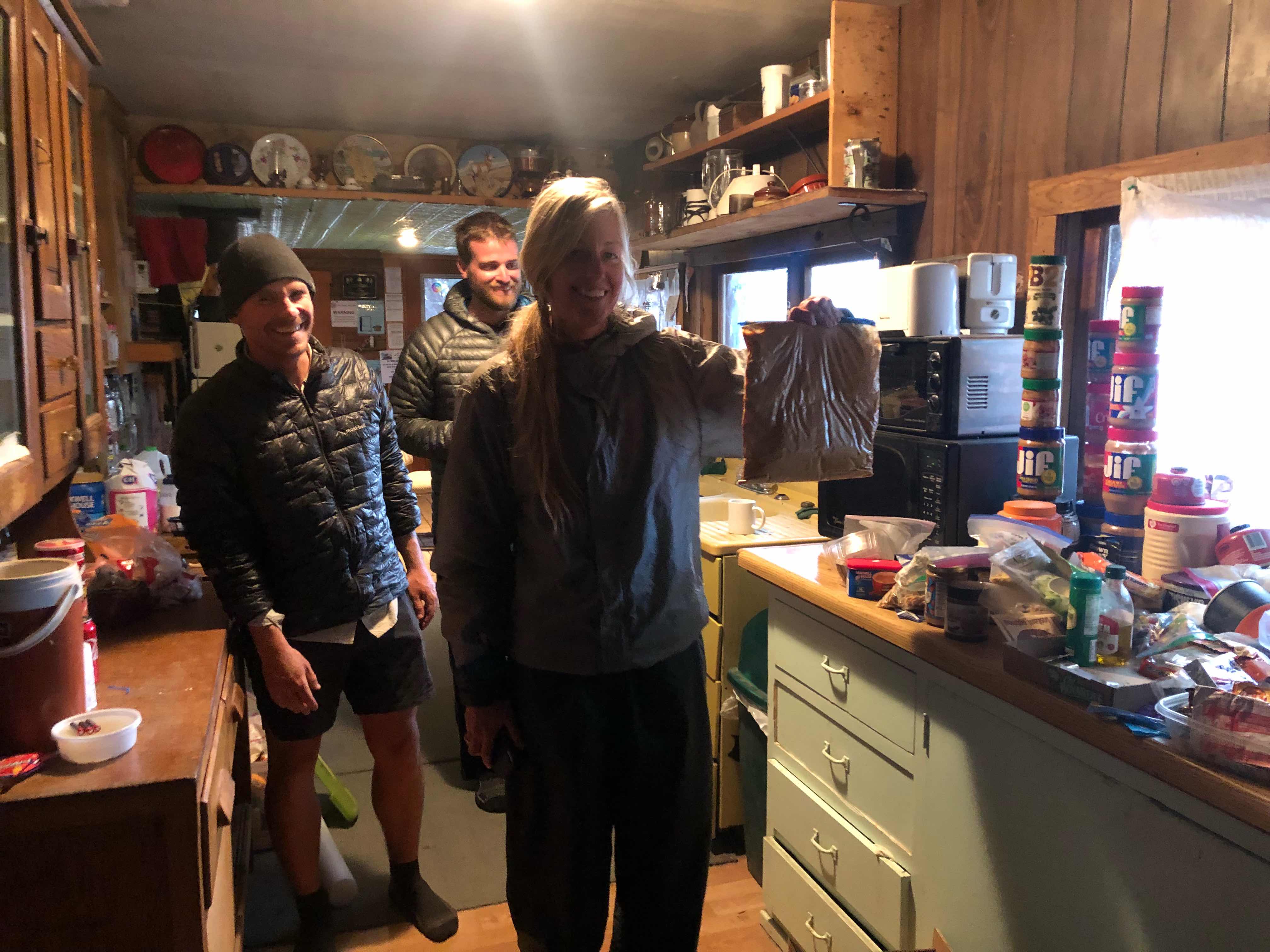 Dixie holding a 5lb bag of peanut butter
Nita stopped by the house a little before dark. She offered to give us a tour of the town. She really loves this place and I can see why. It is a unique town with lots of history. The highlight of the tour was the VLBA, Very Long Baseline Array. Have you seen the movie, Contact. The huge listening arrays in the desert used to find intelligent life in the universe are real. The array from the movie is relatively close by, but there are 10 more spread out across the country. One of those is here in town. It was more than awesome to see it. What can I say, I like sciencey stuff. 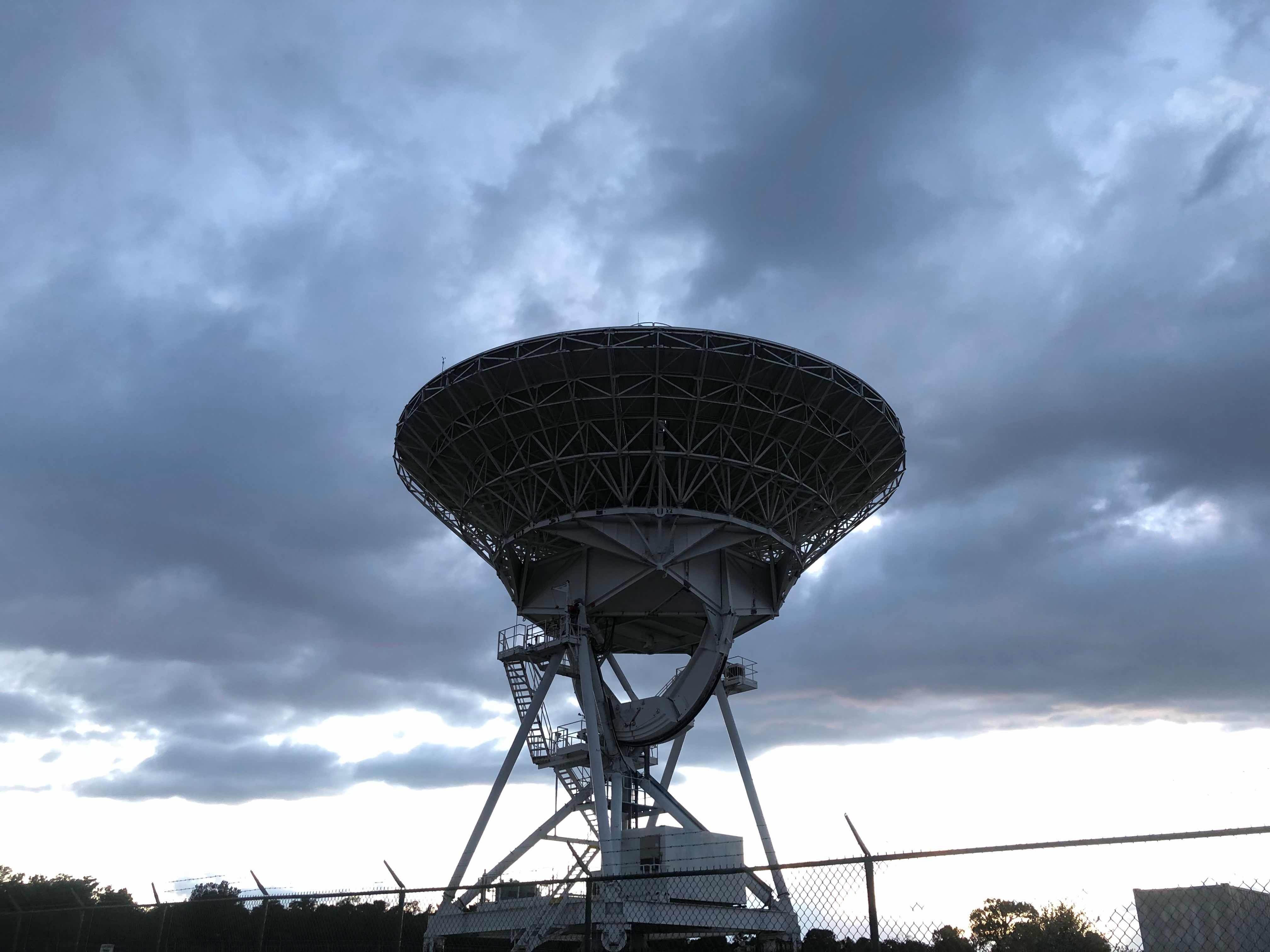 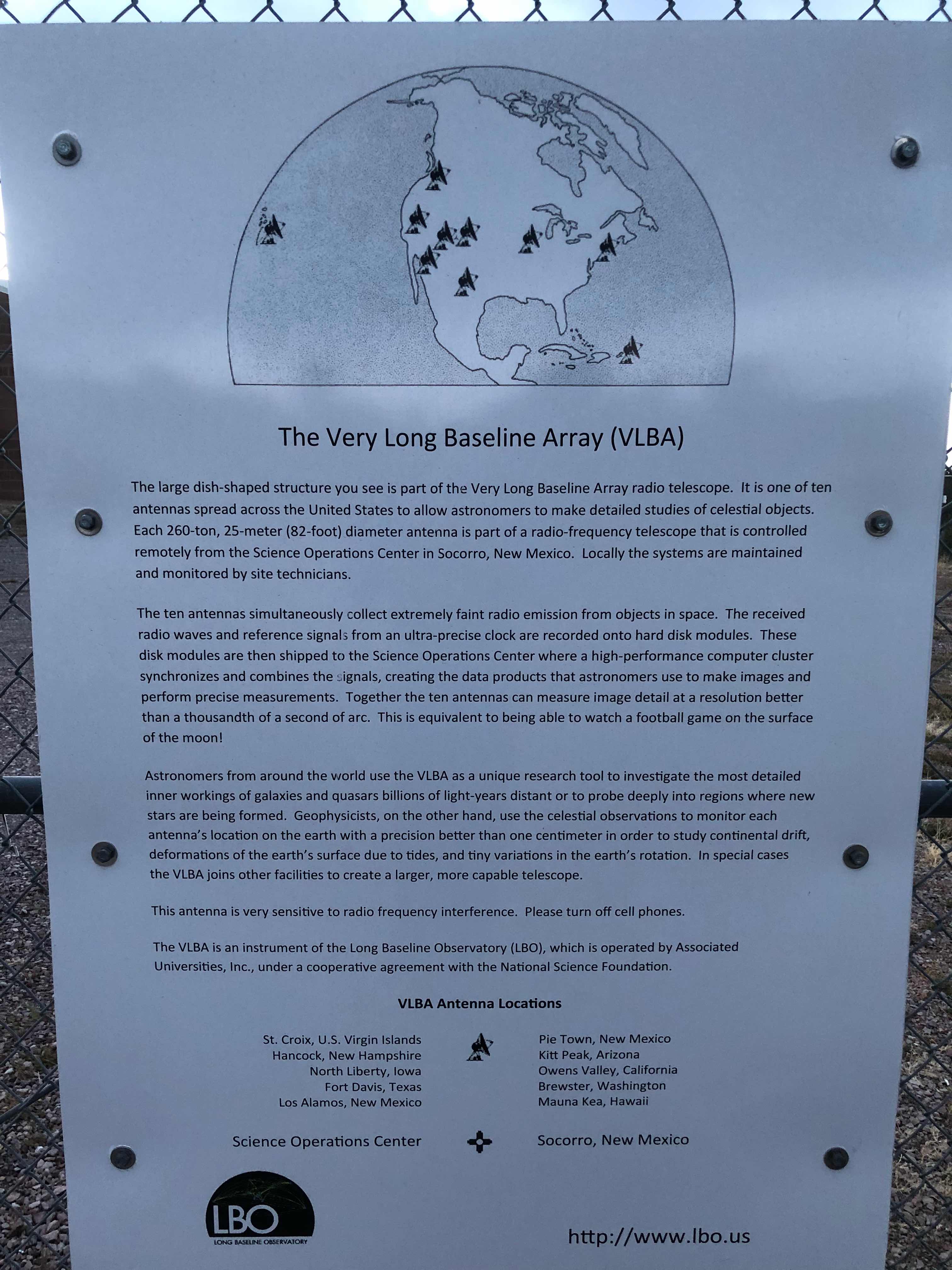 Better description
It is after 11 o’clock and I’m exhausted. Town days go by so quickly and this was an awesome group of people to hangout with. I’m looking forward to the possibility of hiking this next stretch with other people.
“The greatest self is a peaceful smile, that always sees the world smiling back.” - Bryant H. McGill