Sorry folks, this is going to be a short post. It is 10:30 and I’m exhausted. It was a really warm morning today. I was able to pack up in just my shorts and tshirt. I left camp shortly before Piñata and Sour Straws. We were all getting water from the same source just a mile away so I knew I would see them there. We had a climb ahead of us so I didn’t want to carry water up it. I just grabbed a liter to see me through to the next source. I had just grabbed my water when Sour Straws and Piñata showed up. We would hike the rest of the day together. 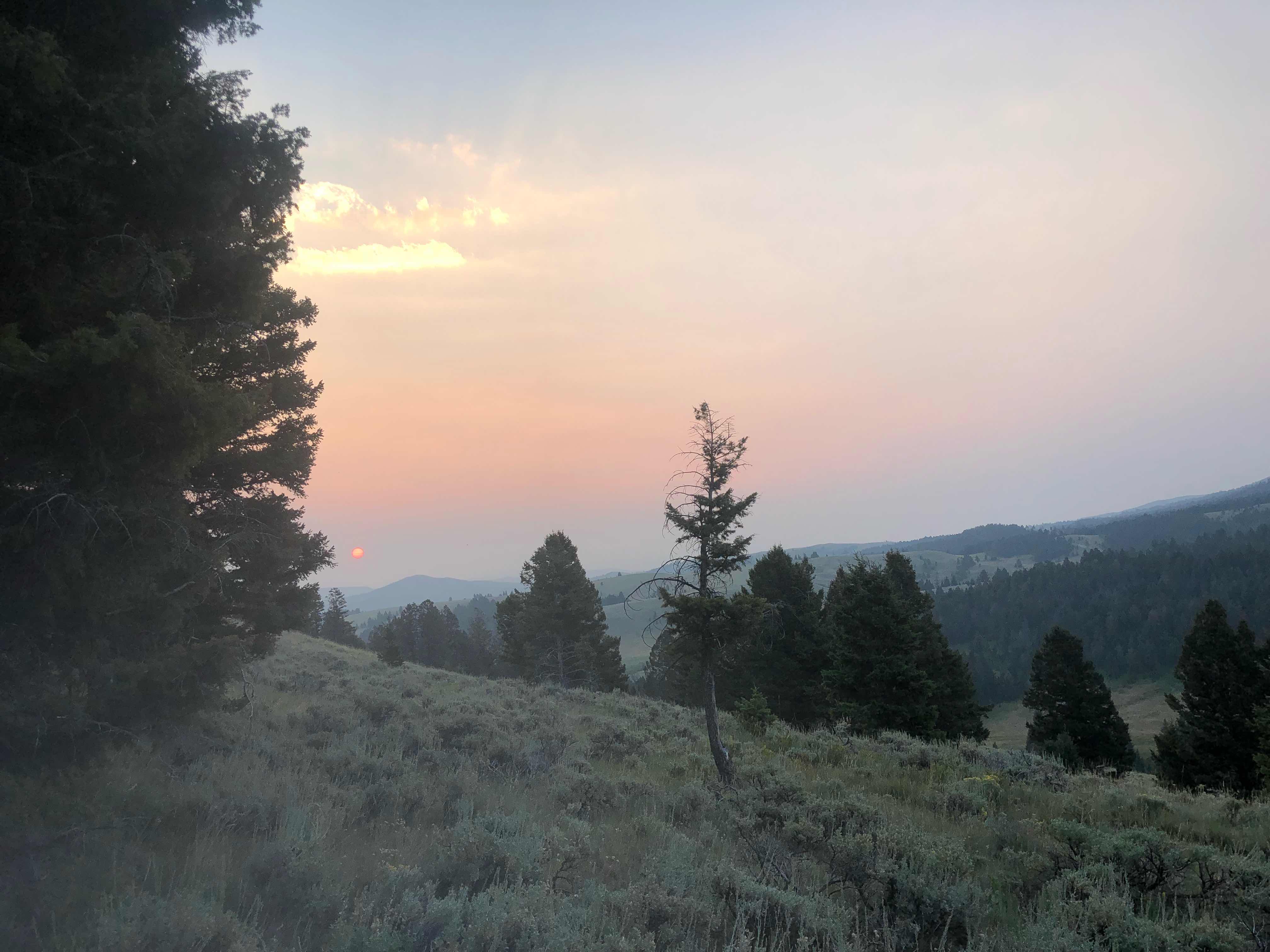 Sunrise from camp
The elevation change yesterday and today was staggering. We keep climbing up these rolling hills only to go back down and do it all over again. The first climb was one of the longest, but after yesterday it was pretty easy. 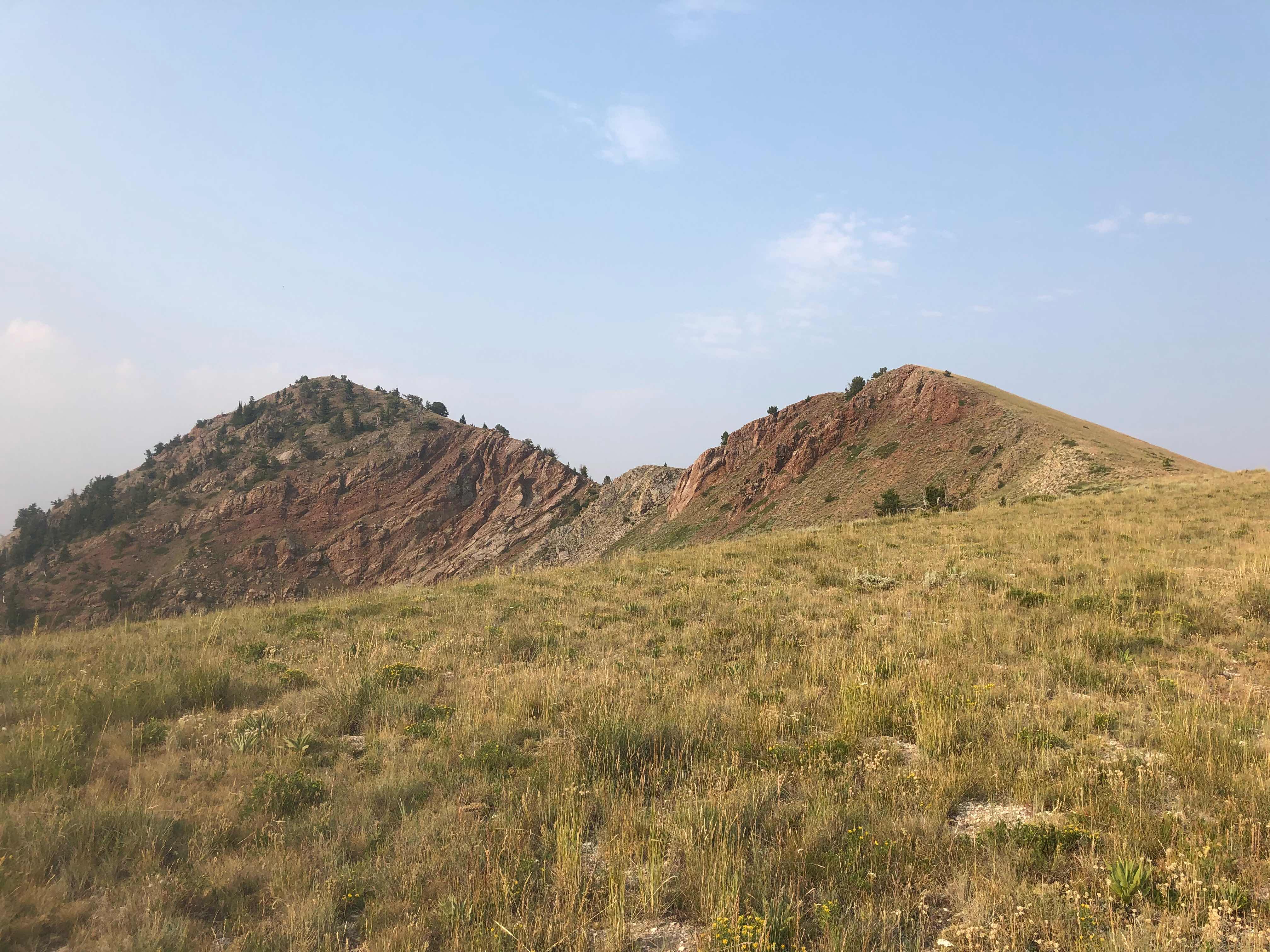 View from the top
Today’s terrain was varied. We would hike over a hill with tall grass and sagebrush, go down through a forest, then route find through a grassy plain. The entire day followed that plan. After several hours it became tedious. My leg muscles were tired after yesterday. I was happy to have company today. Sour Straws and Piñata are easy to talk to and great motivation. Sour Straws really wanted to hike 33 miles today, but based on our miles per hour Piñata and I didn’t think it was possible. 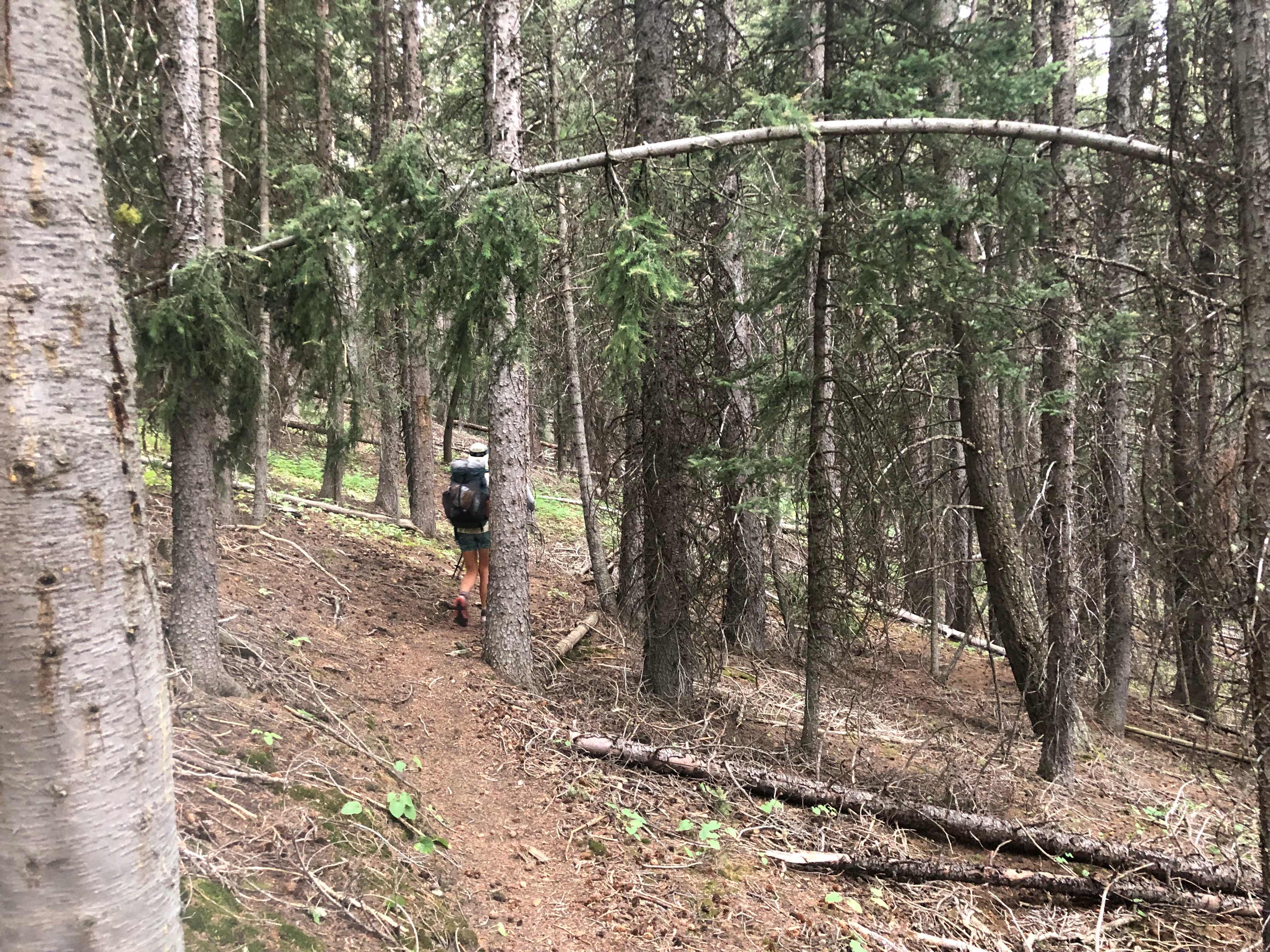 Forest section
I had spotted an alternate route we could take 23 miles into the day. It involved hiking on a different side of the mountain ridge the official cdt took. It would cut off about four miles of official trail, but we would see the same thing and save ourselves from hiking a weird half loop. 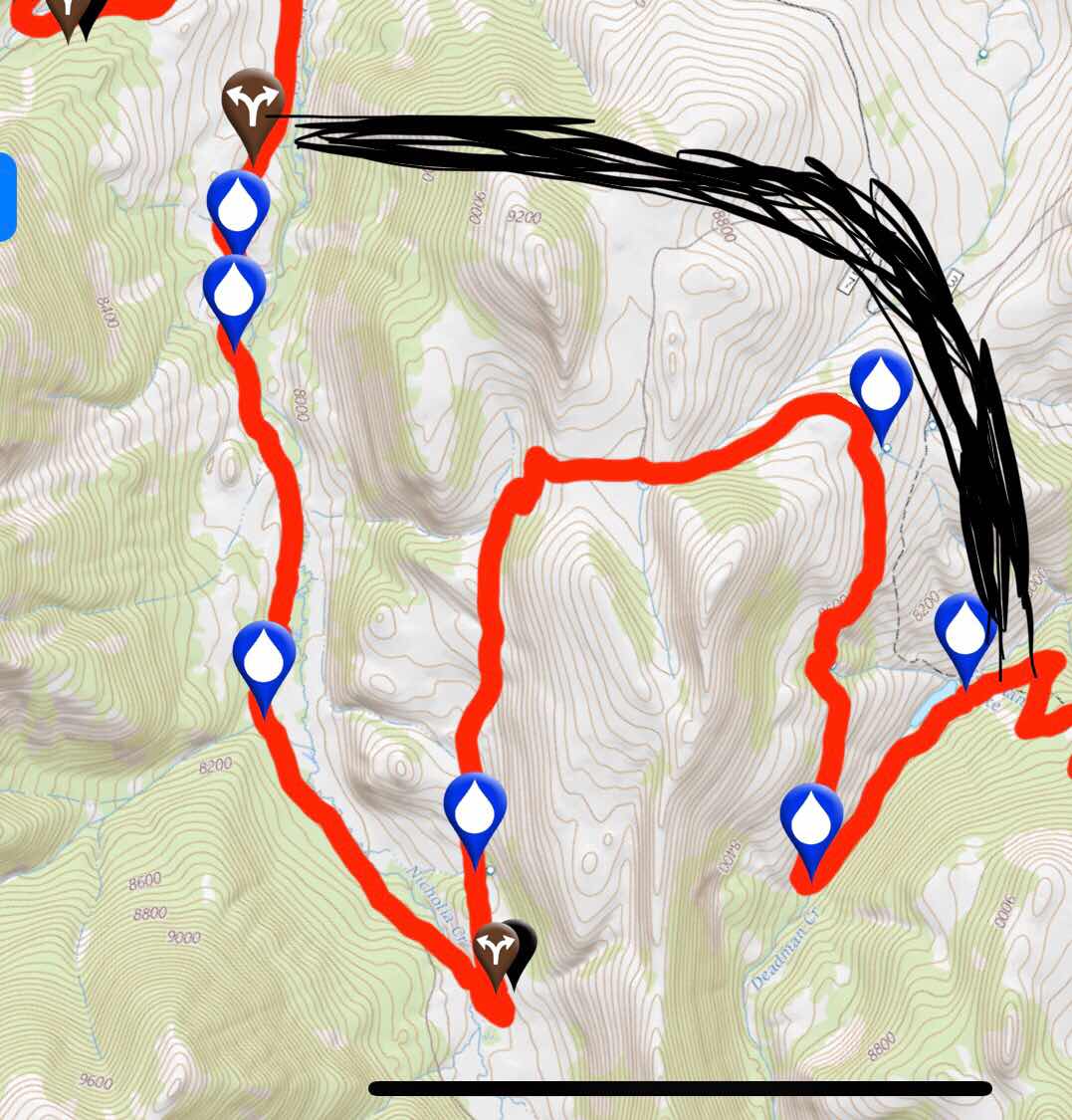 Official trail in red, our alternate is the black line
Piñata and Sour Straws were on board to hike the alternate. It gave us a better shot at hiking a 33 mile day, we would get a better view, but it involved more elevation gain. At this point a little extra elevation gain is no big deal. We are hiking machines and feeling good. 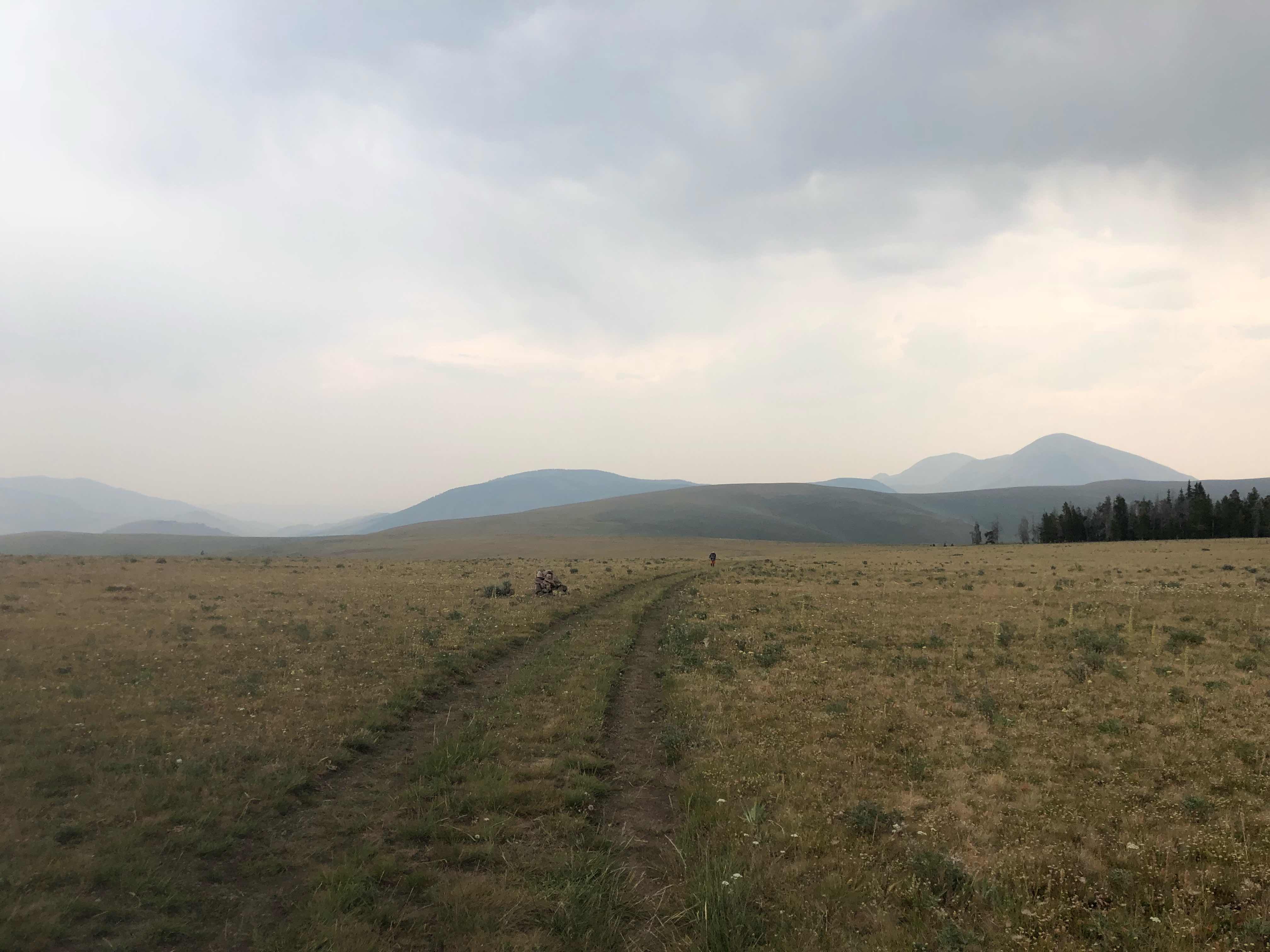 Hiking through a flat plain
Just before midday Sour Straws and Piñata hit a big milestone. They have hiked 2,000 miles. I haven’t quite hit that point because of my missing miles in Colorado that I need to clean up after the trail. We took a picture and ate a snack to celebrate. 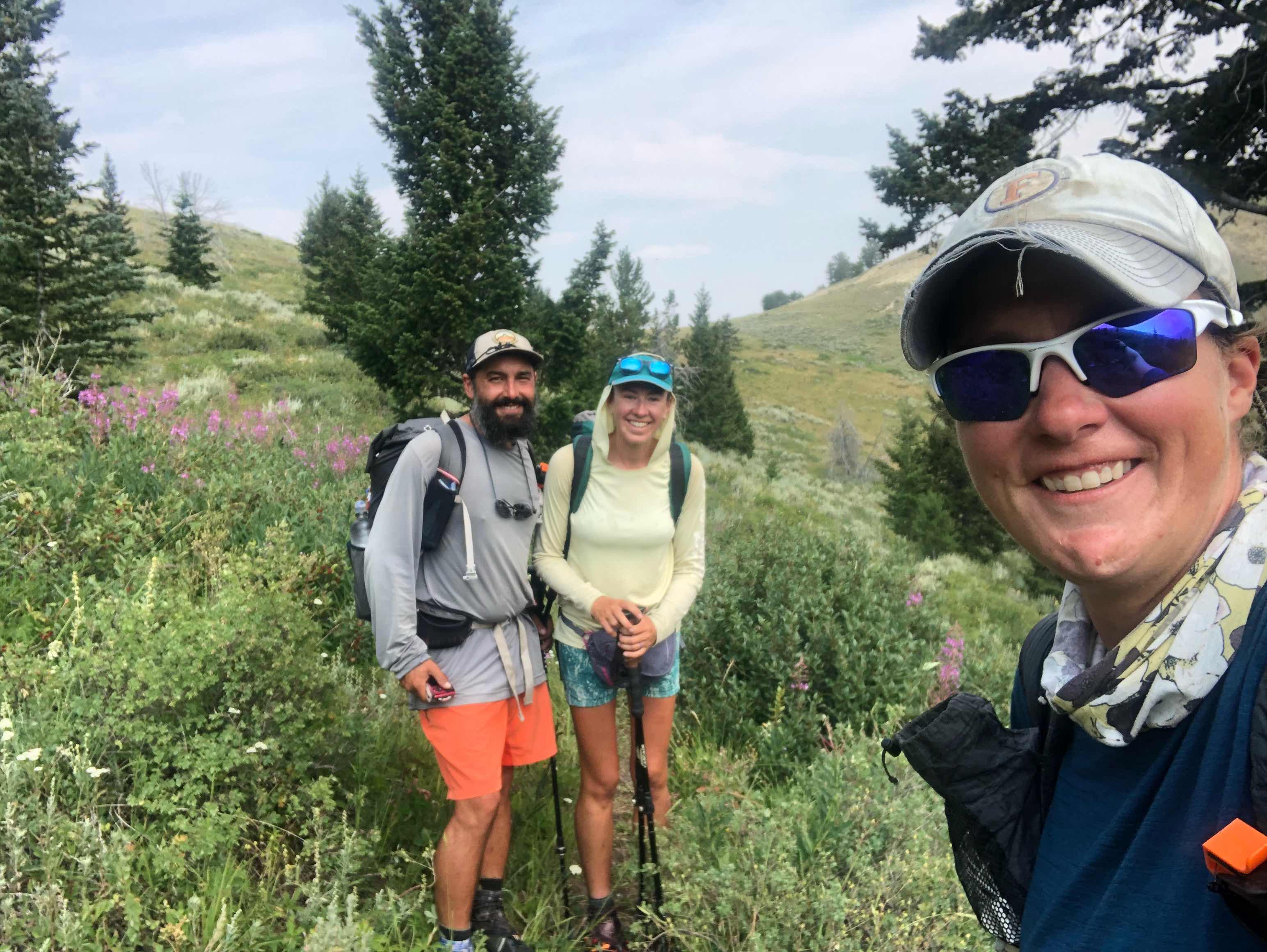 2,000 miles for Piñata and Sour Straws
I got a weather report last night before I made the decision to cowboy camp. The weather report for today called for a 10% chance of rain most of the day. The three o’clock hour called for a 0% chance of rain. At three o’clock the wind picked up to almost 50 mph. The rain was coming down sideways. It was so windy that you could hardly stand and the rain felt like hail. We were at the top of a very exposed ridge. I have lost all faith in weather reports. The storm was short lived, but I was pretty chilled afterwards. 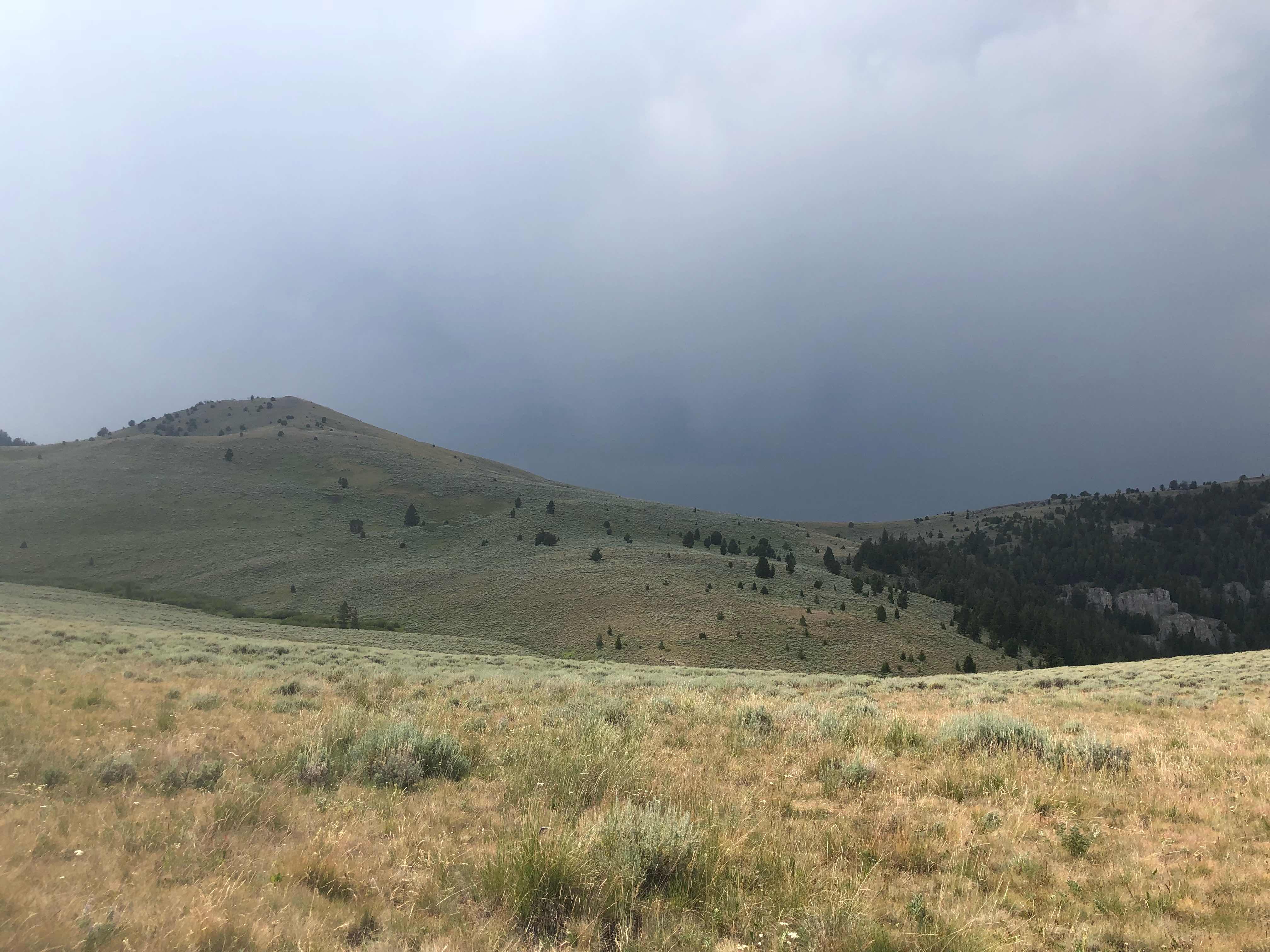 So much for the weather report
We made it to the start of the alternate at 4:30, we had hiked 24 miles already. The start of the hike was almost straight uphill for a half mile. By the end I was nice and warm again. We stopped to take off our rain jackets and my pack fell against the repaired cut on my knee. It tore of the delicate scab that had formed. I started bleeding pretty good again, but it quickly clotted. This was the first good look I have gotten at the wound. It has actually healed pretty nicely. A short time later a new scab had already formed. The alternate was very enjoyable. We hiked on a 2 track dirt road. Sour Straws and I were able to hike side by side and chatted nonstop for over an hour. Hiking with her and Piñata has really been a big mental boost these last two days. This section would have been miserable to do alone. 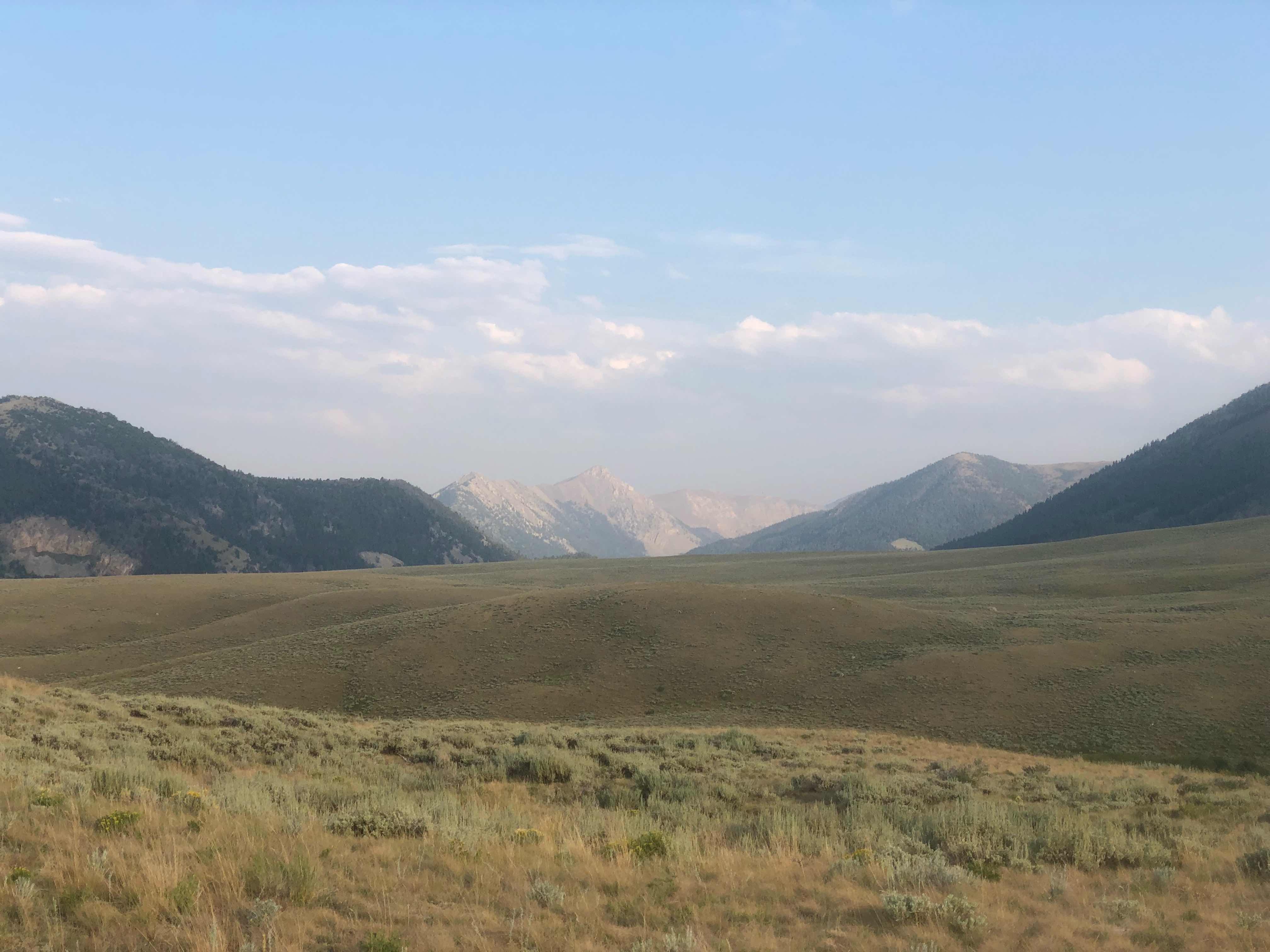 Our black line alternate
We made it to camp much earlier than last night. Today was a difficult day, but we really crushed it. Tomorrow promises to be even tougher. We found a nice flat spot to camp in. It is in an abandoned cow corral close to a lake. At least we know that cattle won’t be wandering around out tents tonight.
“The greatest test of courage on earth is to bear defeat without losing heart.”
- Robert Green Ingersoll