Day 127- Choose Your Own Adventure

The interesting thing about sleeping under high voltage power lines is that it sounds like rain is falling. The constant hum of the electricity flowing through the lines tricked me into thinking it was raining. I was so utterly exhausted that I slept really well. I went to bed slightly chilled from the late evening thunderstorm, but I slept very warm. I started the day off by hiking in my rain pants, base layer top, puffy, and gloves. The puffy cane off almost immediately, but the remaining layers stayed on for a long time. There was a lot of moisture in the air and it was chilly most of the morning. I can’t work the touchscreen of my phone with gloves on, so I didn’t get any pictures until later in the day.
Piñata, Straws, and I hiked together for the first few hours of the morning. After our first break I got ahead of them for a little while. I skipped several water sources because I had plenty of water. We would have a ten mile dry stretch later in the day and I wanted to get water from the last possible source before the dry section. I was about a mile from that source when I checked my phone and found out that I was off trail. I was very confused because I was on obvious trail that was well marked. I had even followed a trail marker in the form of an arrow that was on the ground. I dejectedly turned around and began to walk in the direction I had come from. When I saw Straws and Piñata I was doubly confused. They had made the same mistake. We took a few minutes to figure out where we had gone wrong. 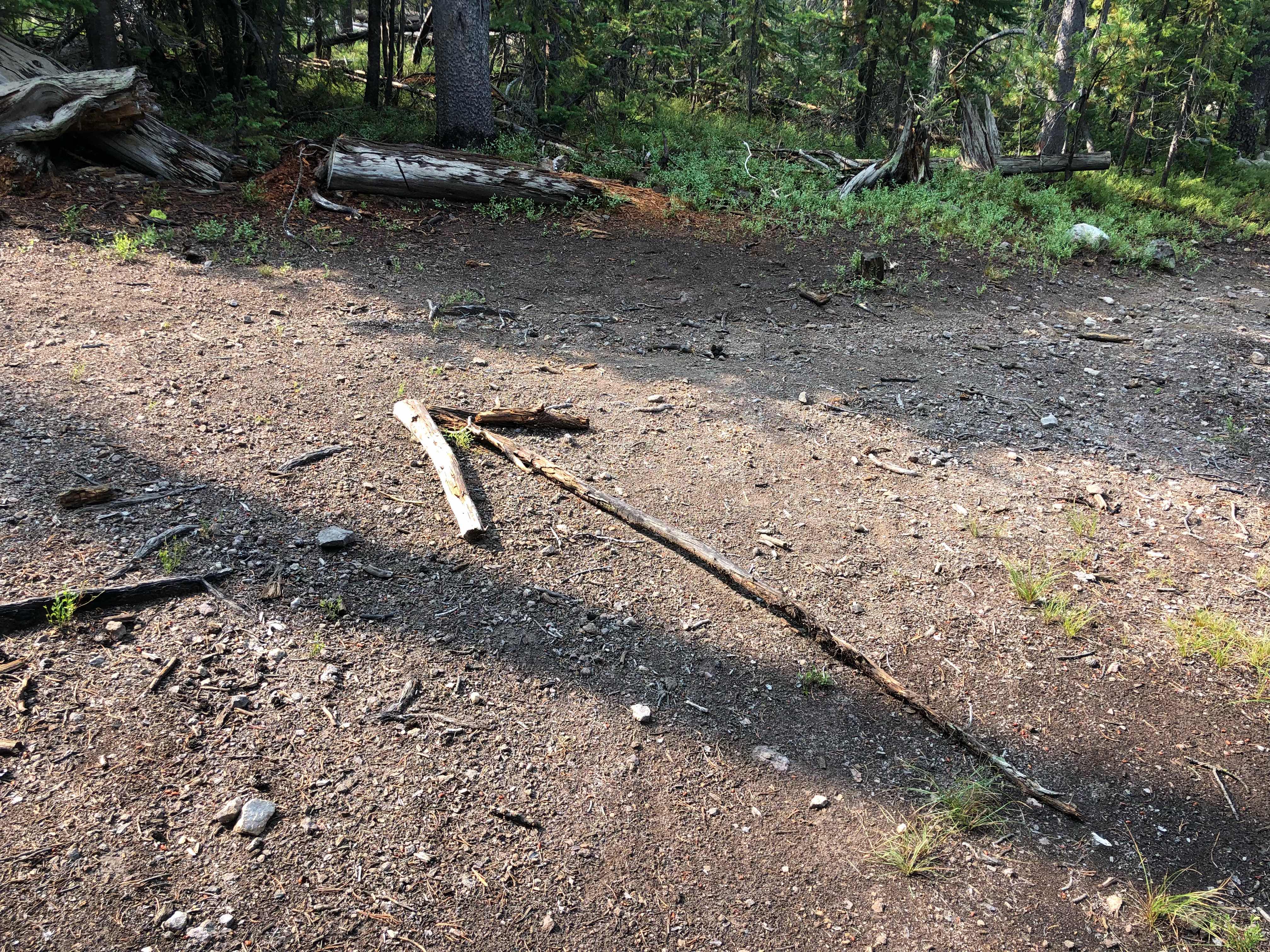 Arrow pointing the way, seems like the right way

Ley maps, purple route is an alternate, red line is the CDT
When we checked the Ley Maps we discovered that we were on an alternate route. The purple line(Ley alt) was the old cdt. We decided to take the purple route over the red route. The only downside for me is that I would miss my water source. It looked like there would be water where the two routes came back together so I wasn’t too worried. The alternate was a cool route. We walked through some pretty terrain. 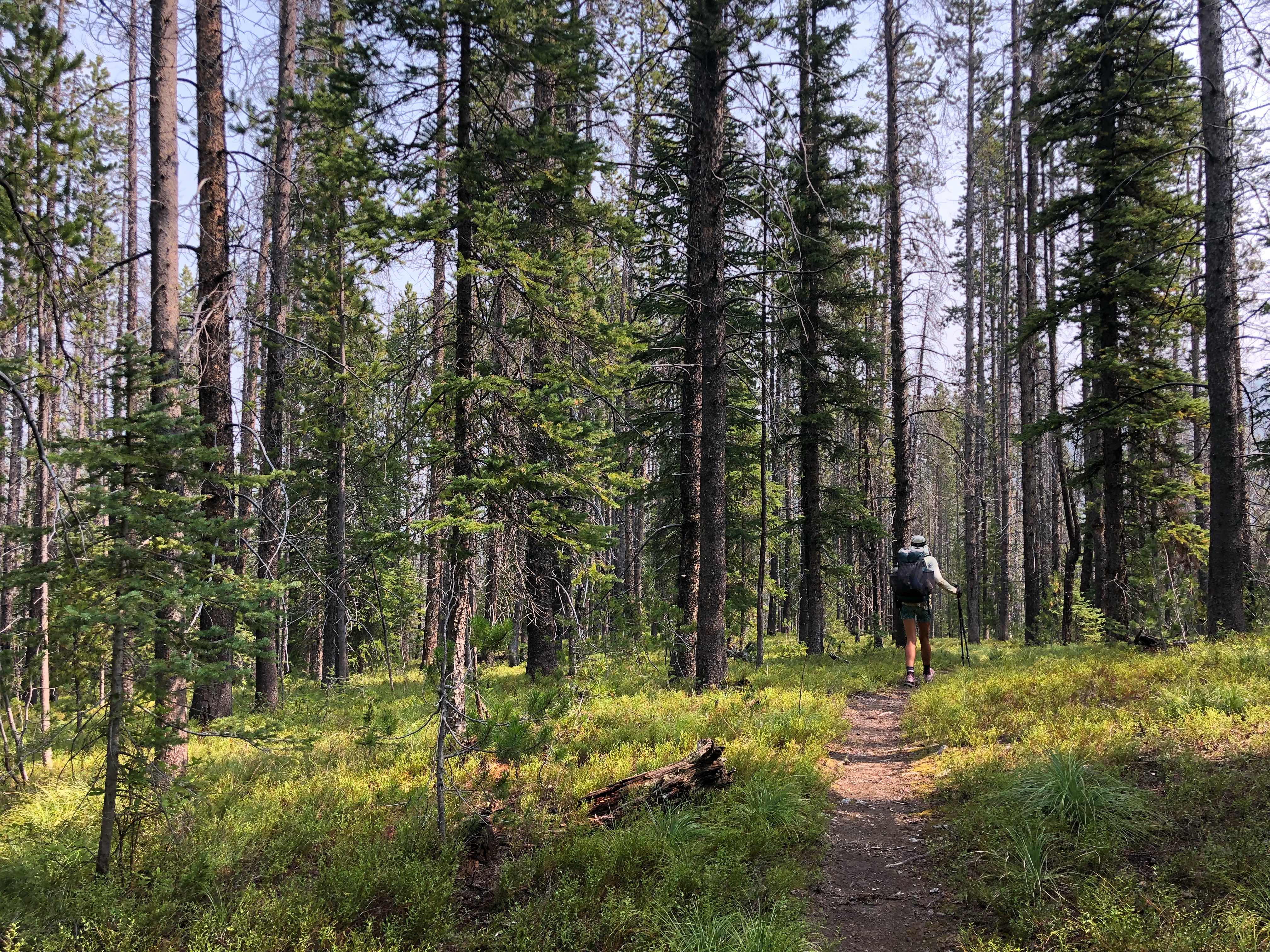 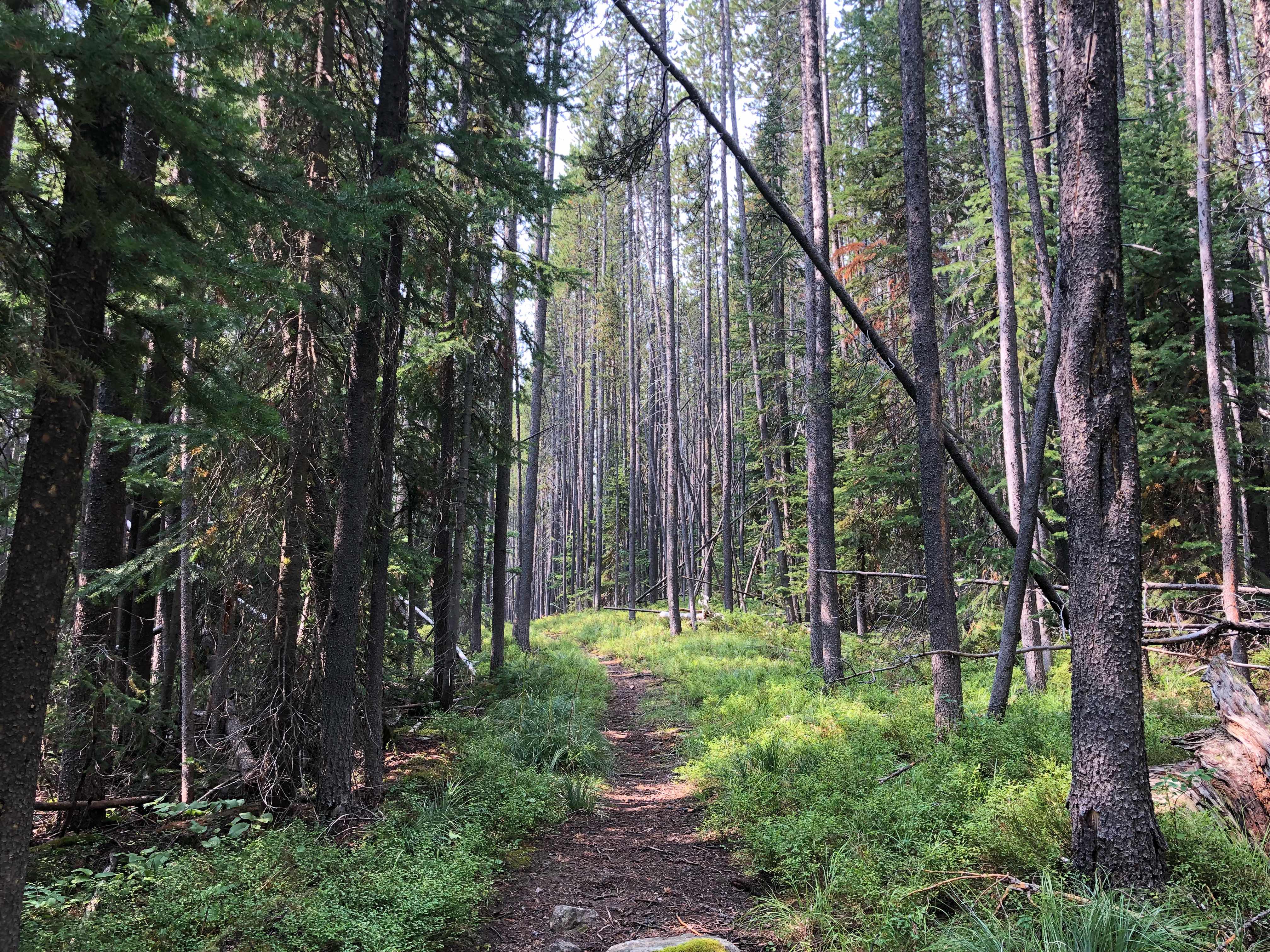 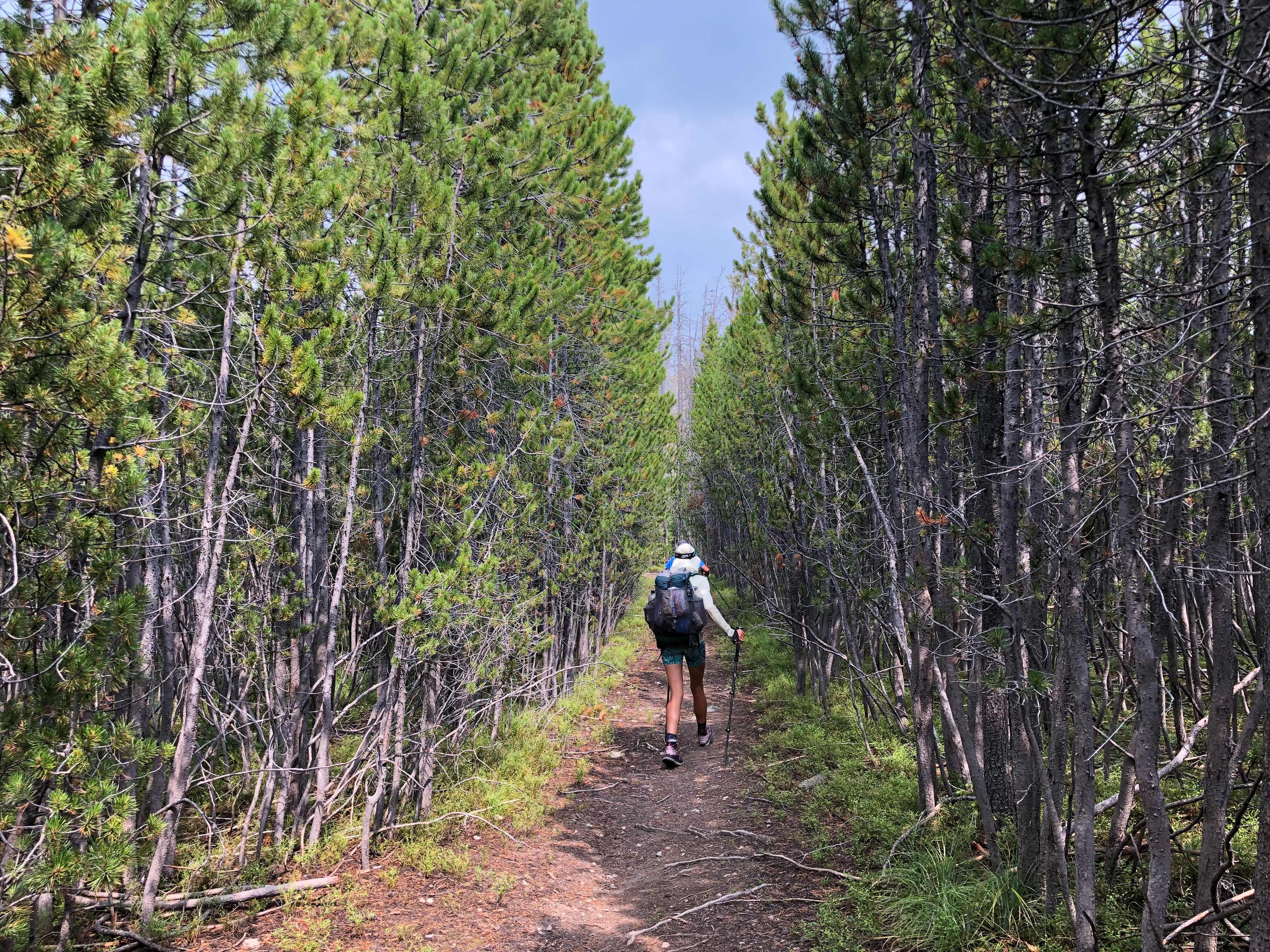 Young pine trees lined the trail
Once we rejoined the cdt, the water source I was counting on was nowhere to be found. There had been several streams on the alternate, but I didn’t want to carry water up a big climb. It would be a very long 3.5 miles to water. Good thing it was cool out, or I would have been hurting. When I found the water it was hard to get to, but it was ice cold and tasted good. We hiked another mile before stopping for lunch. I usually just eat snacks for my lunch, but since this was a shorter leg I packed out a few everything bagels, pepperoni, with mustard and mayo packets. I have been enjoying the denser calories.
After lunch we stuck to the official cdt route. The route mileage was mismarked. Supposedly we had a 2.8 mile climb, but it was more like 4.8 miles. The purple route we took earlier was two miles shorter than the red route. With the red route after lunch being mislabeled it was a wash. The rest of the afternoon passed by quickly. We walked a few gravel roads and were able to walk side by side and talk. This always makes the miles go by faster. The weather cooperated today and we only had a few sprinkles of rain fall on us. Tomorrow will be another town day. I only have ten miles to hike before reaching a highway. From there I will hitch into the town of Helena, which is the capital of Montana. We are all looking forward to eating town food! 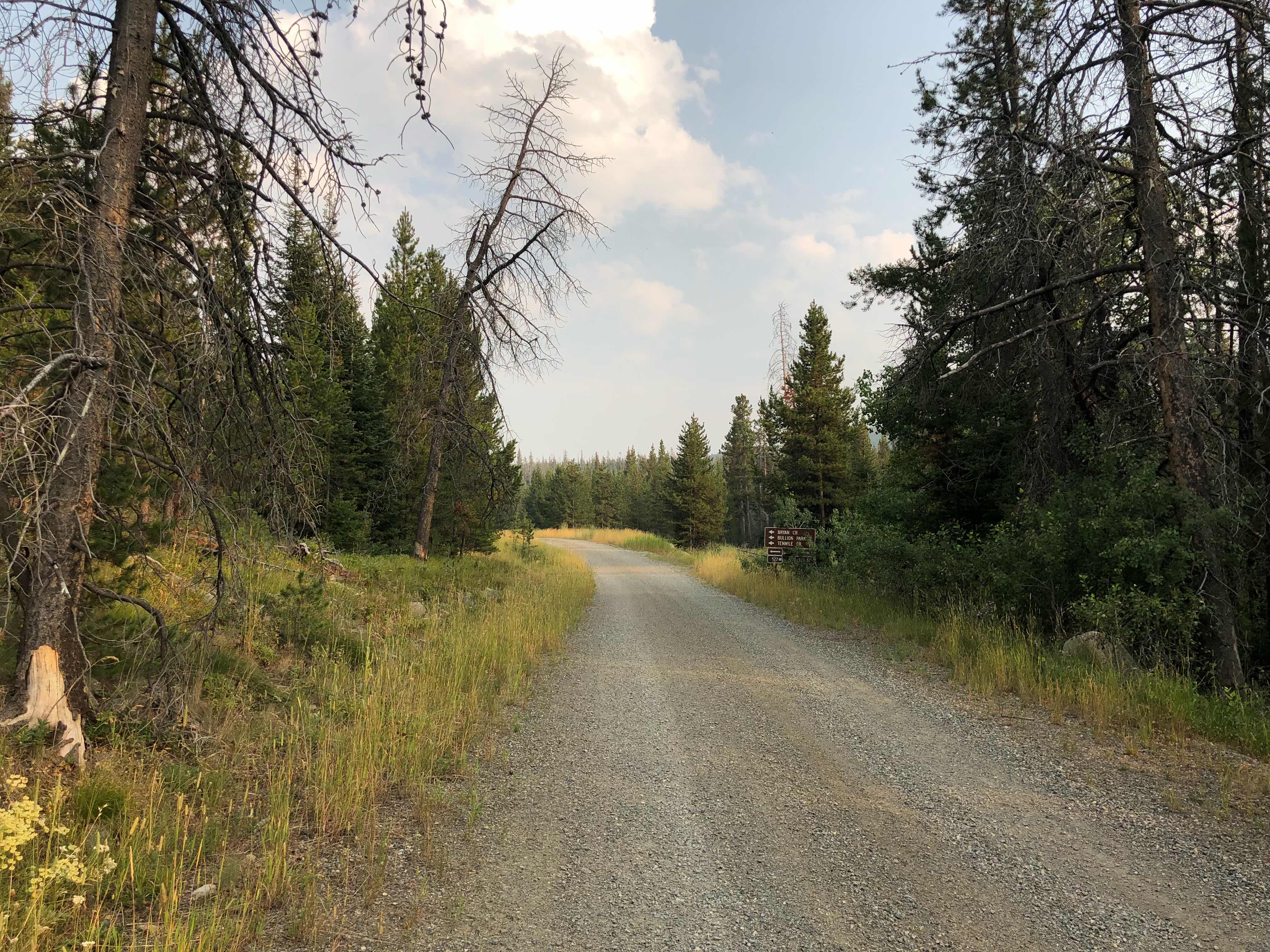 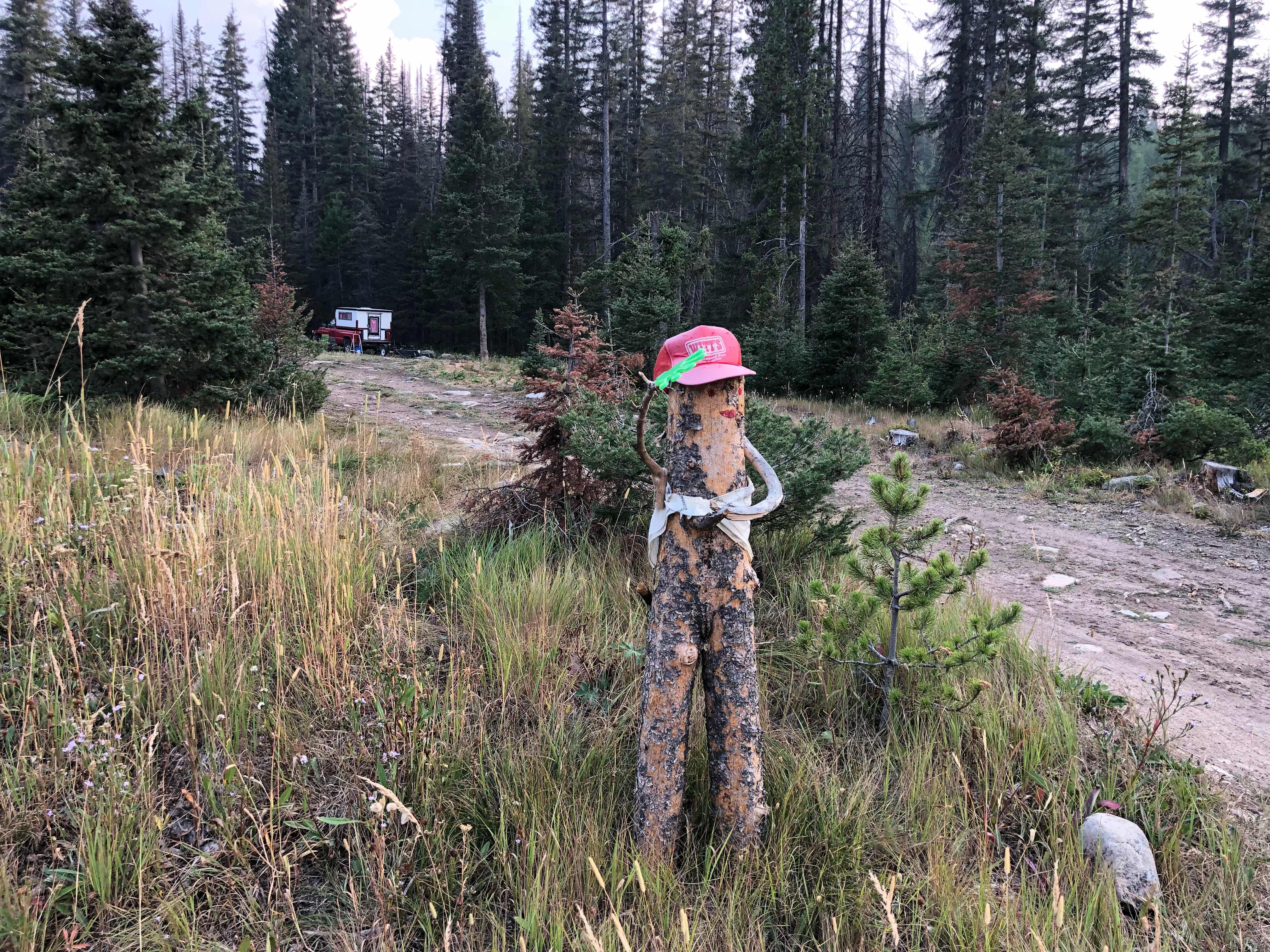 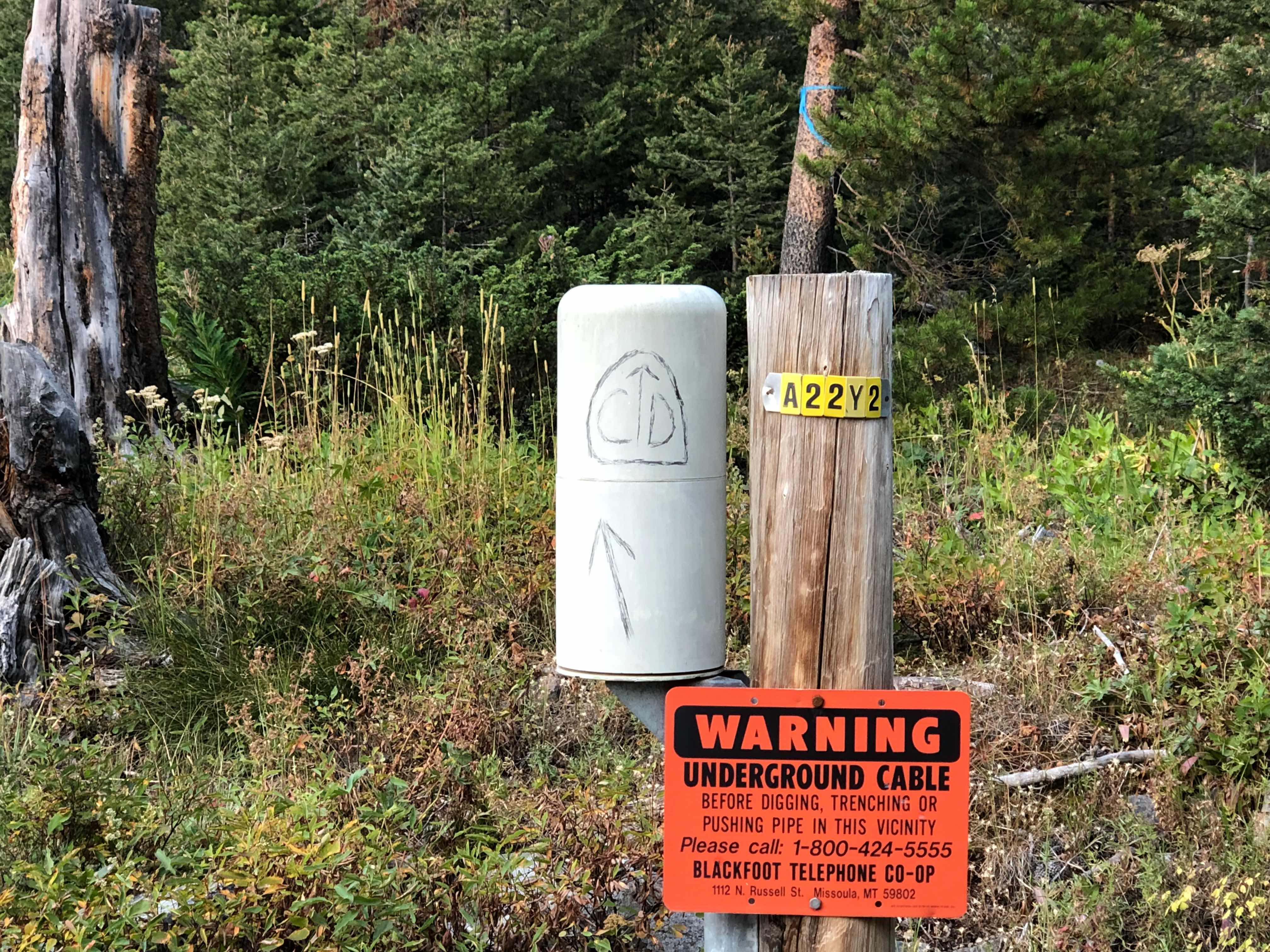 Ghetto trail marker
“Choose a subject equal to your abilities; think carefully what your shoulders may refuse, and what they are capable of bearing.”
- Horace