I was up a little before my alarm today. It was really a struggle to get moving. I was so warm in my tent that I didn’t want to get up. Today looked like an easy day on the elevation profile. Straws and Piñata were ready to go at the same time as me, so we all hiked out together. We cruised for the first six miles. It only took us two hours. We stopped to eat second breakfast. I am already running low on snacks. I was carrying four dinners and breakfasts, but five days of snacks. I have been eating a snack or two extra for two days. I’m not going to starve, but I should be nice and hungry when I get to town. 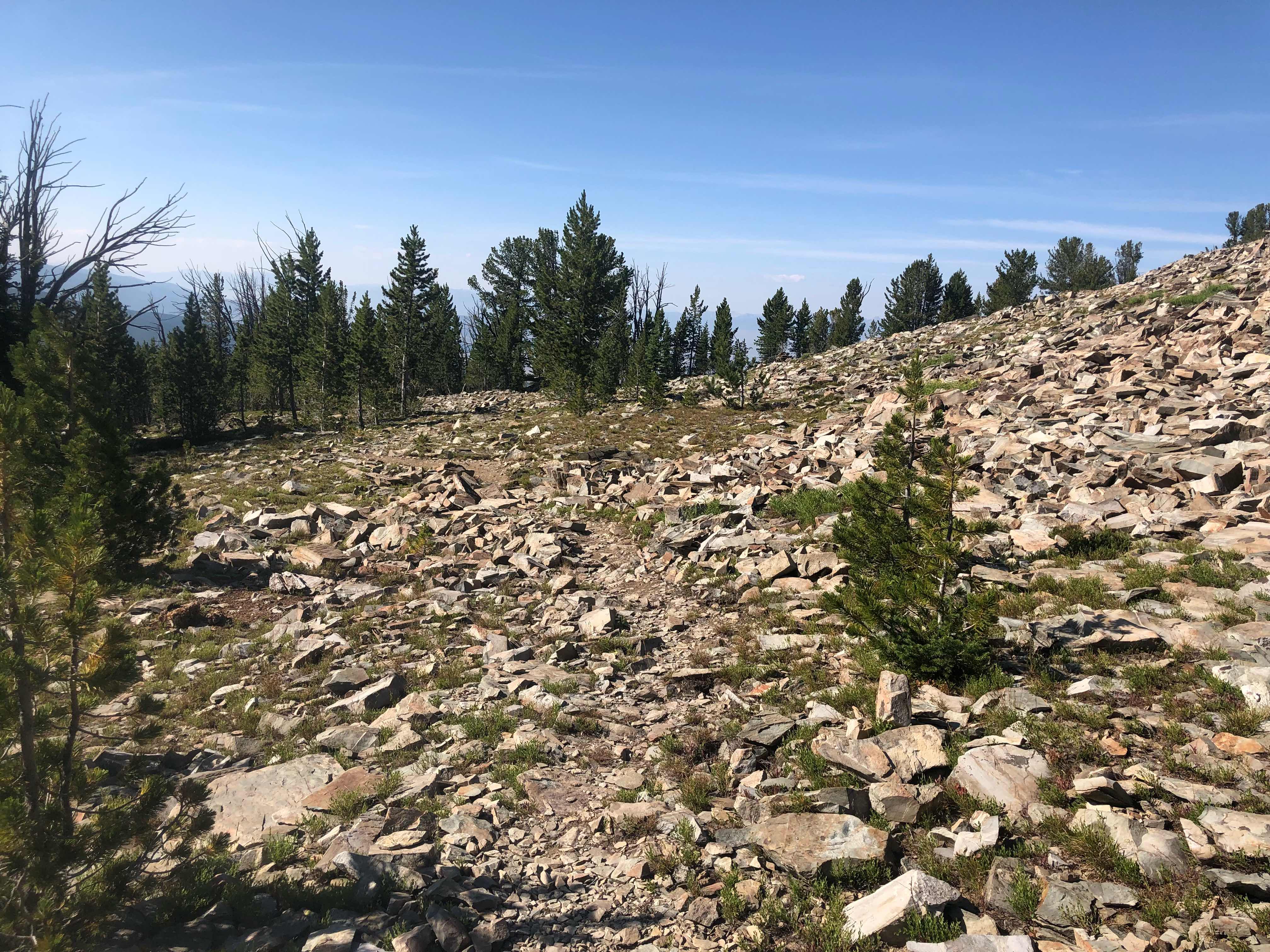 Pennsylvania type terrain
Piñata and Straws were hiking faster than me for most of the day. I really had to try hard to keep up. Eventually I stopped trying to keep up with them. I enjoyed hiking by myself for most of the morning and afternoon. I knew that they were just ahead of me by a minute or two. We were carrying extra water since we dry camped last night. It was a cool morning and I wasn’t drinking very much. A few miles before out next water source Straws and Piñata slowed down. I ended up passing by them. We all met up at Goldstone Pass. We had planned on getting water there, but nobody felt like walking half a mile off trail to collect water. We had another stream in 6.8 miles. I decided I didn’t need water after all. I would push it until the stream. I hiked those miles mostly by myself as well. 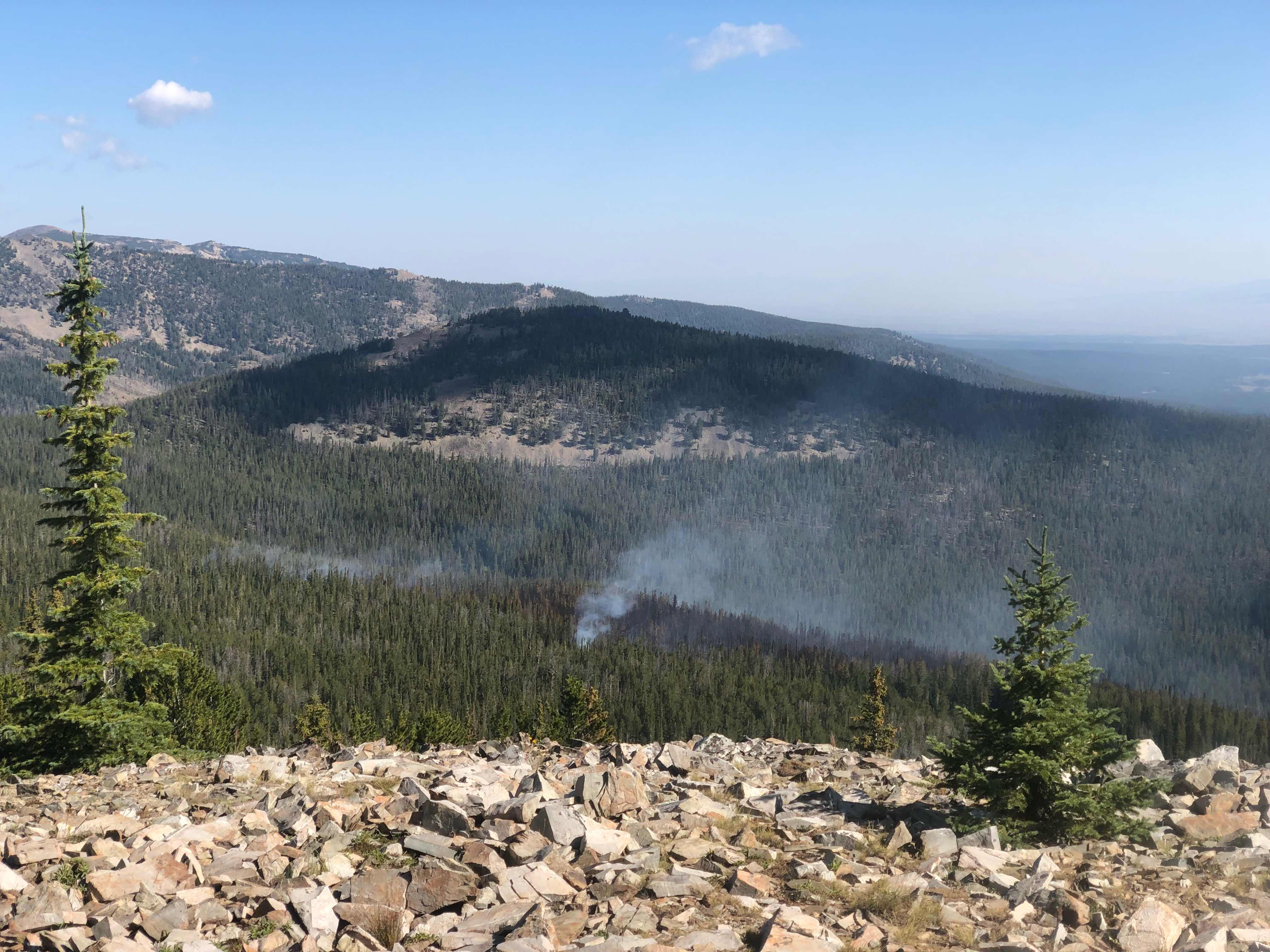 Fire 2 mile away in the valley
Just before Goldstone Pass I hiked past a small forest fire. It didn’t present a danger to me and it was really cool to see. The local authorities seem to be aware of the fire, but we didn’t see any active attempts to put it out. Shortly after the fire I hit the point of having only 700 miles left of the trail. I was really excited to hit that milestone. I am mentally drained. These long days and short nights have taken there toll. Today was a hundred times better hiking than the last few days, but I was still bored. I know that when I hit Glacier National Park and The Bob Marshall Wilderness things will be awesome again, but right now it is a struggle. Today was a keep your head down and hike kind of day. 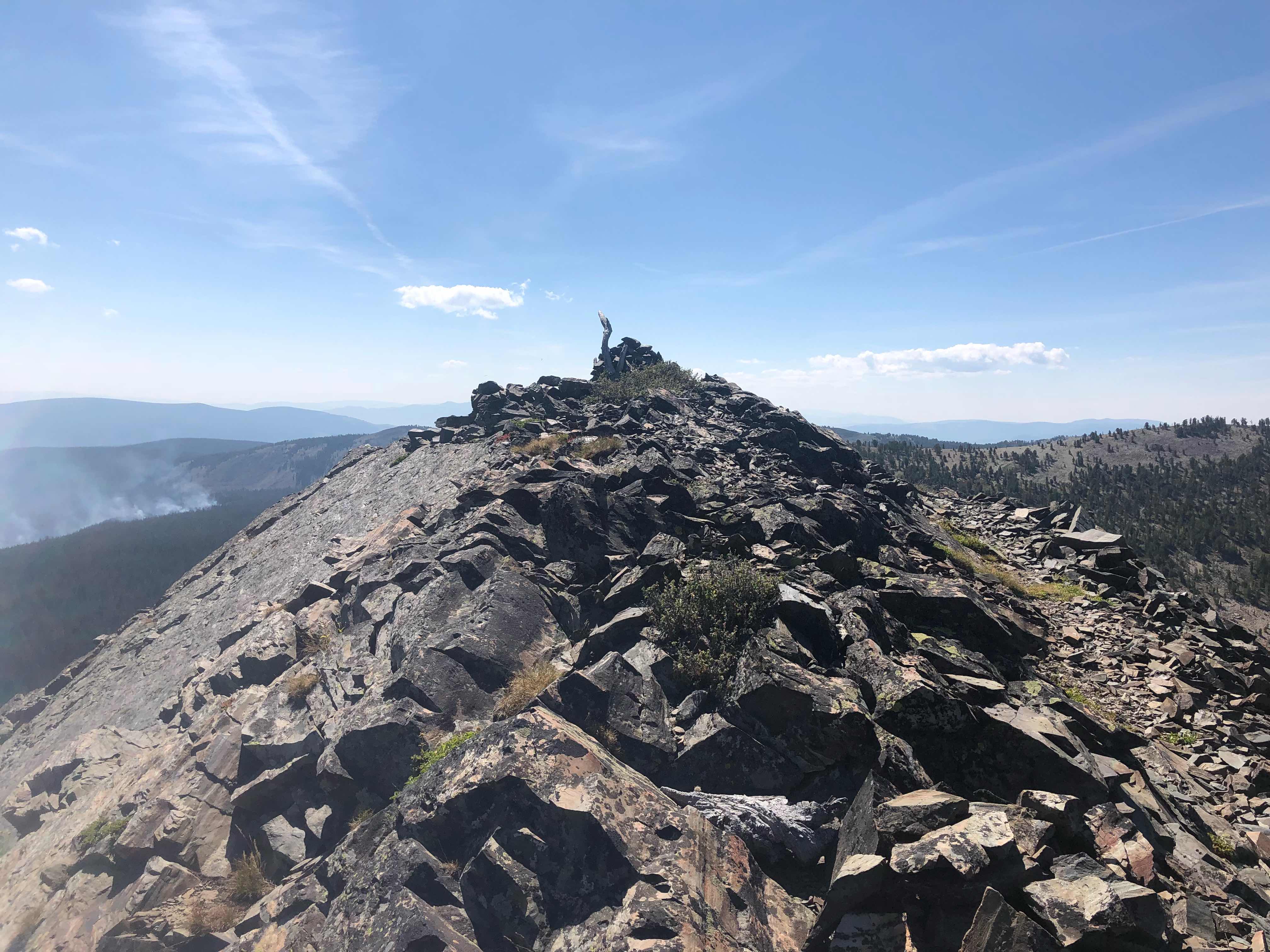 Cool mountain
I spent most of today thinking about food. I tried to convince myself that it was ok to eat another snack from my last days rations, in the end I stuck with the food I had laid out for today. I had my breakfast shake, 3 snickers, a bag of salt and vinegar potato chips, skittles, Famous Amos cookies, crackers, spicy peanuts, a cosmic brownie, a granola bar, and a payday. I was starving my the time we reached camp. I have never been this hungry on trail before. I kept imagining that I was in The Hunger Games. The odds were not in my favor for being full today. 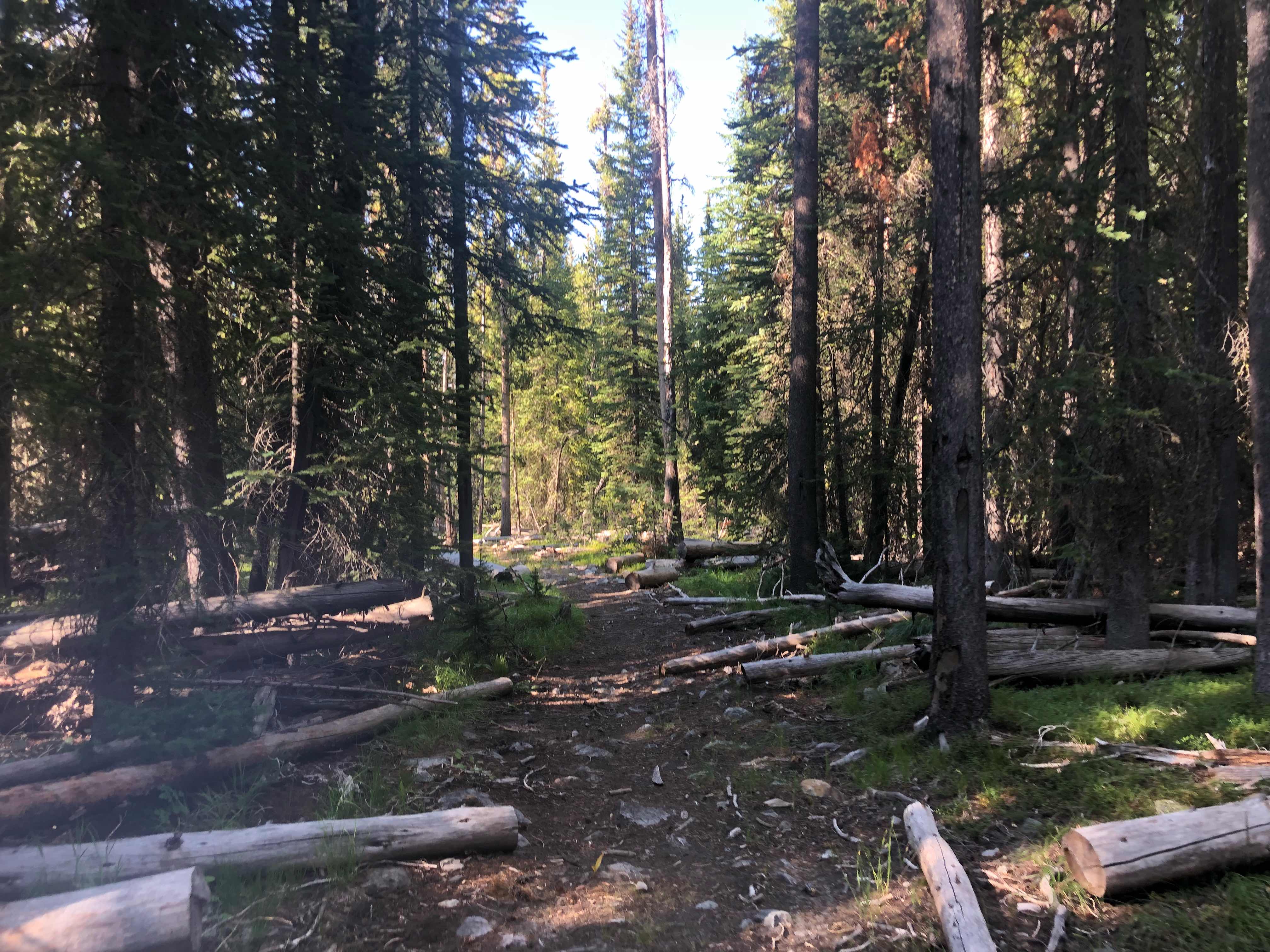 Variety in terrain today
We did a good job of pushing each other to hike fast today. When we did hike together we took turns in the lead. Leading the pack is exhausting work. Whoever is in front usually hiked faster because people are behind. The people behind keep up the pace to stay with the group. We would rotate through. Each person in front hiking a few miles at a time as the pace setter. 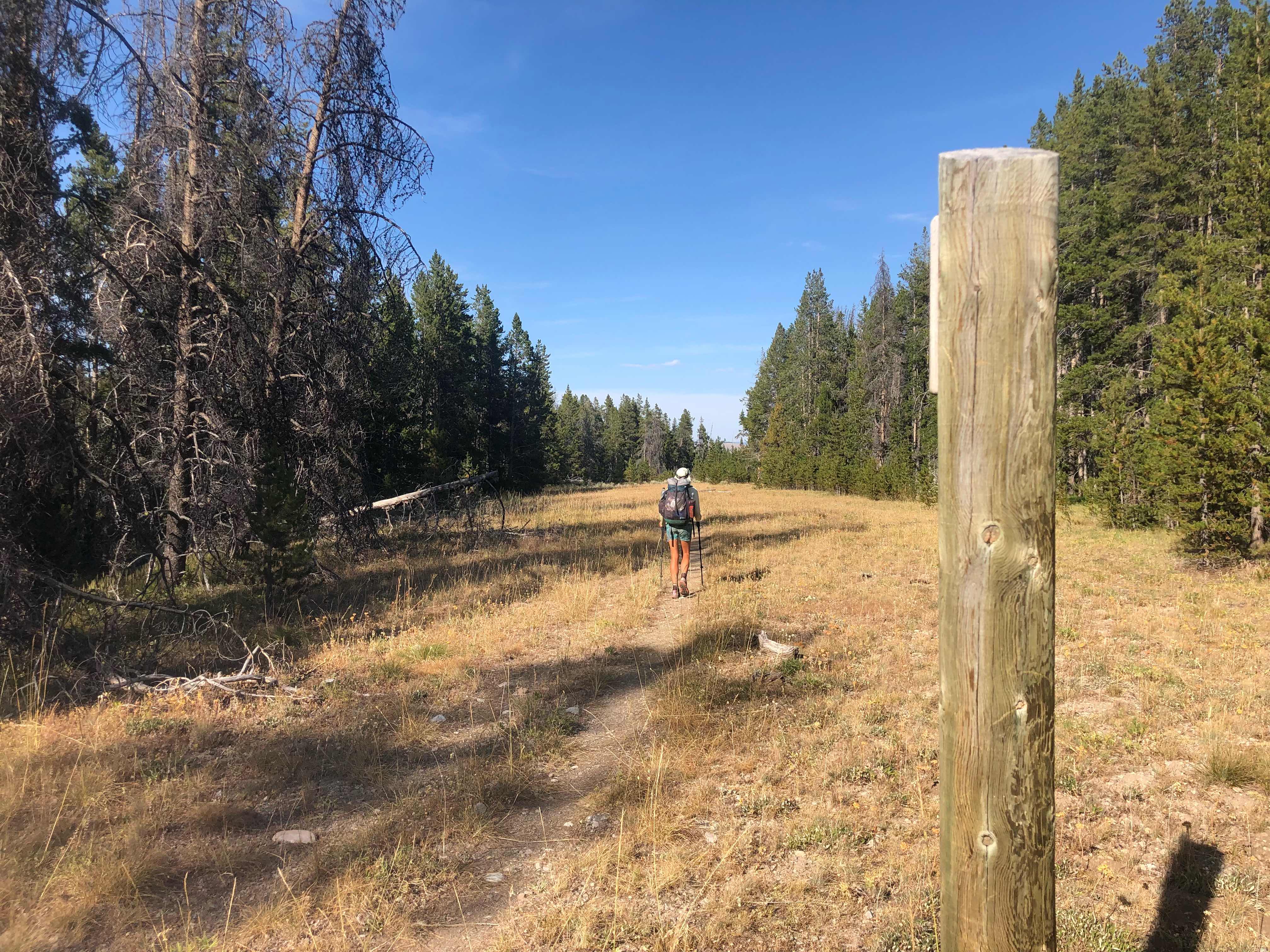 Sour Straws setting the tempo
Piñata really picks up his pace at the end of the day. I almost killed myself keeping up. I was stoked to make it to camp around 7. We had time to set a camp fire tonight. I was mainly excited to burn some of my trash. I haven’t hit a trash can, so burning some of my tread was the next best thing. We are camped at a very well used camp area, so bear precautions are back in effect. I lucked out and found an easy tree limb to hang my food from. 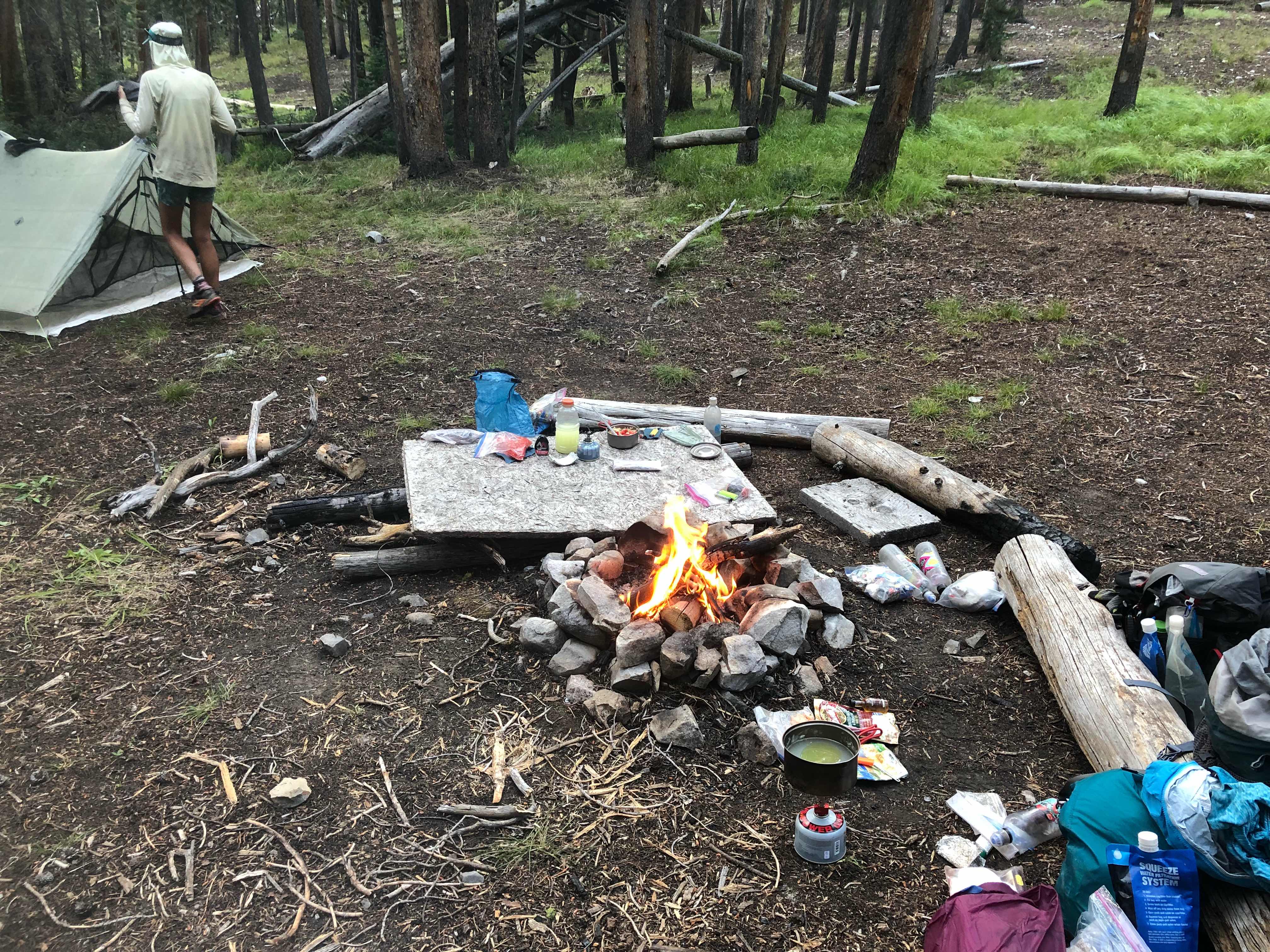 Such a civilized meal. We even made our own table 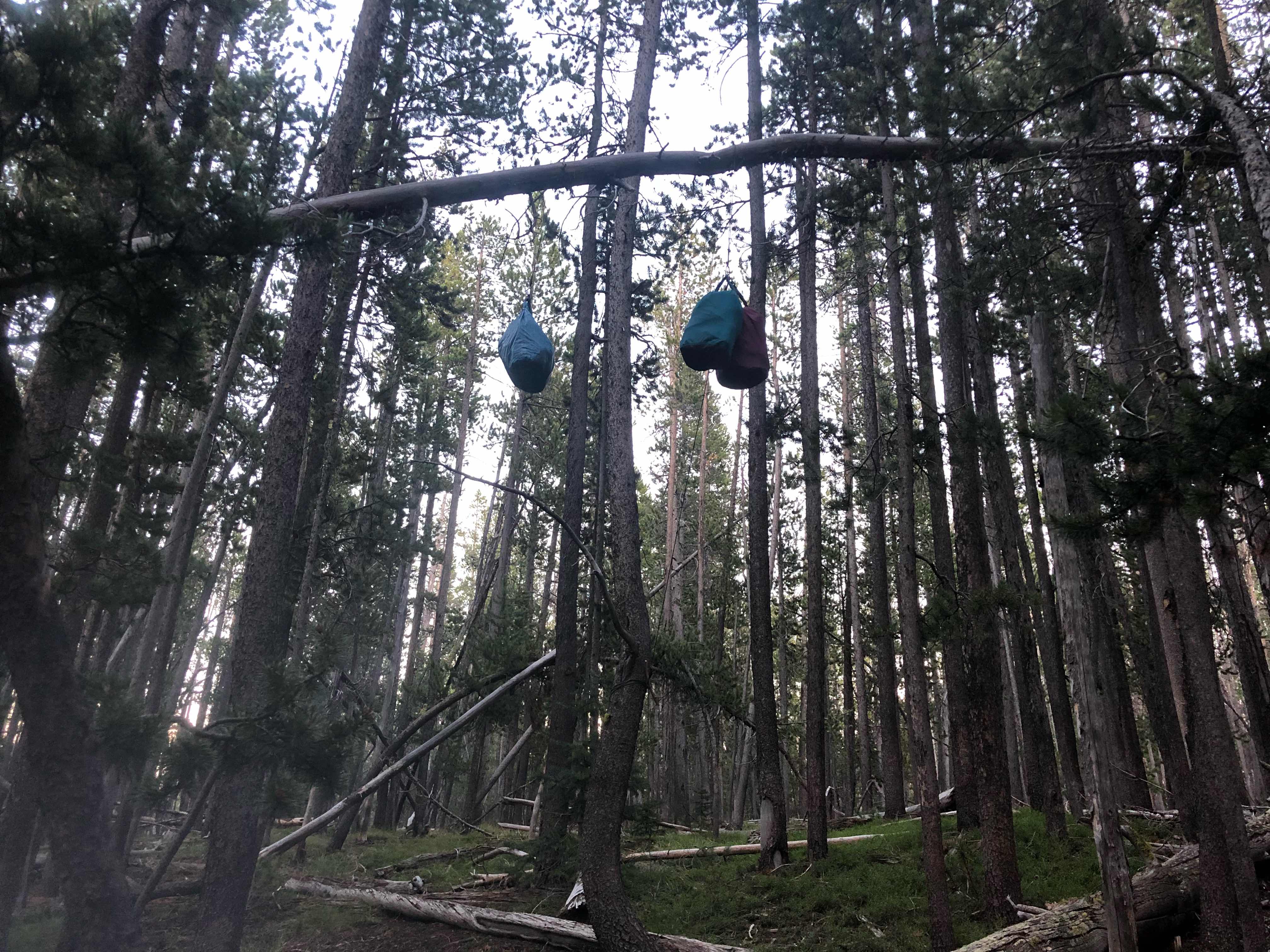 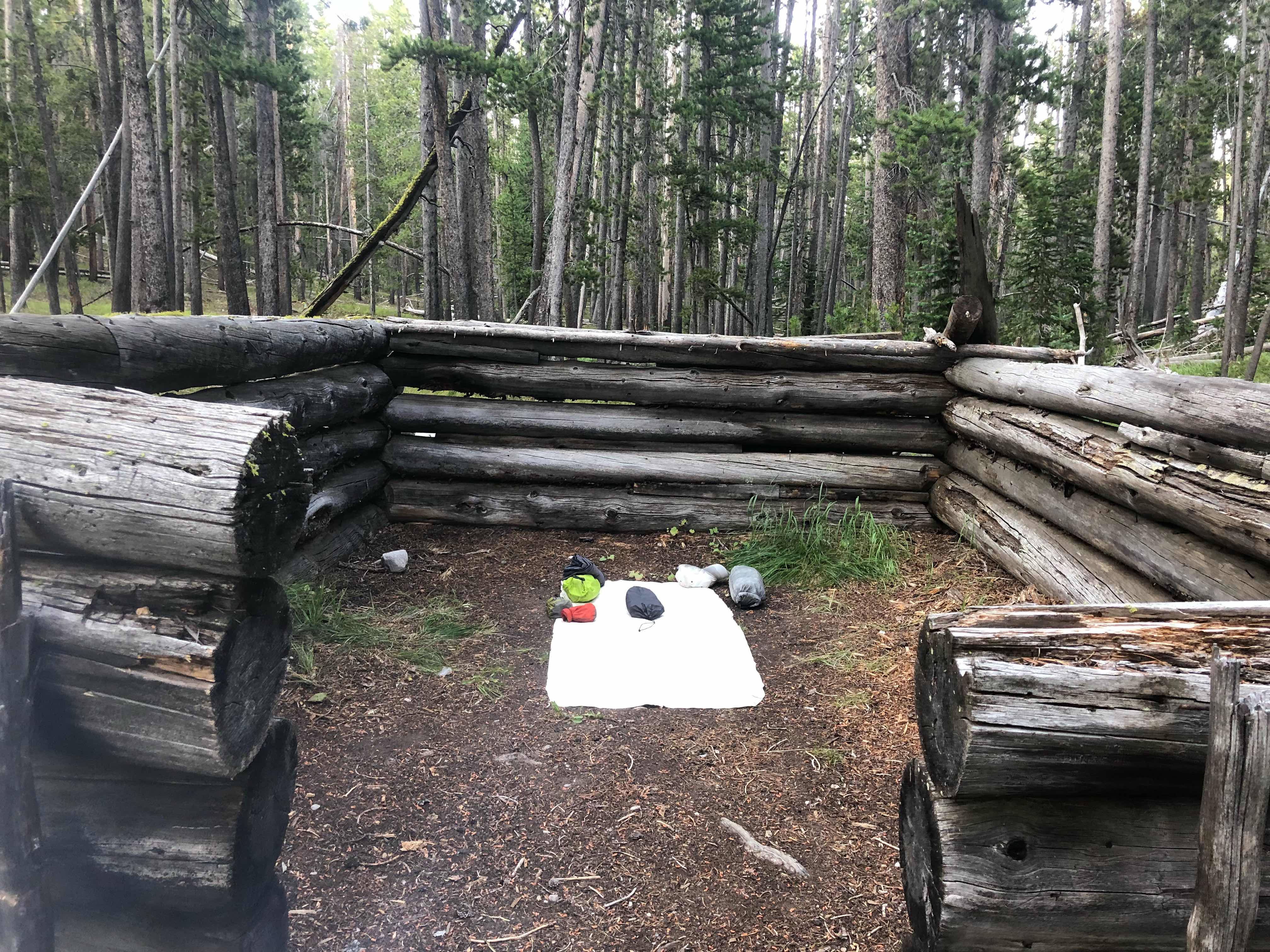 Home sweet home
“Three hundred years ago a prisoner condemned to the Tower of London carved on the wall of his cell this sentiment to keep up his spirits during his long imprisonment: 'It is not adversity that kills, but the impatience with which we bear adversity.”
- James Keller