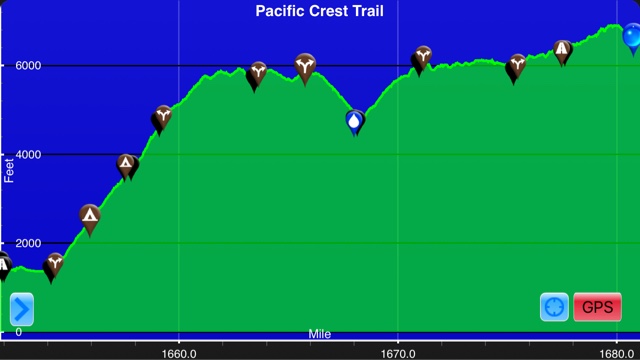 Total up/down: +8397/-3281 feet
Whew, what a day! I was up at four thirty(turns out the residents of the RV park are early risers) and I was hiking by five thirty. It took me longer than usual to get going. Packing up in the dark isn't easy. I had to walk along the side of the road for about a mile. Luckily there wasn't very much traffic this time of day. By the time I started on the uphill climb the sun was just beginning to rise. It was very warm last night, it never really cooled down. I knew that meant today would be exceptionally hot and I was right. By six thirty I was already dripping with sweat. The early part of my five thousand foot climb went very well. It was relatively gradual. About halfway through I had a one mile section that was 1,100 feet of elevation gain. I haven't had a climb like that since the AT. The masochist in me enjoyed this section. At least it was short and sweet. Sometimes it is better to just get the climb over with instead of drawing it out. 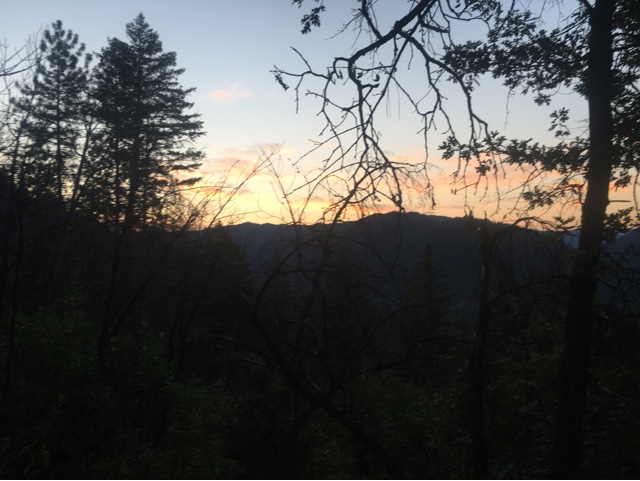 Sunrise over the Klamath National Forest 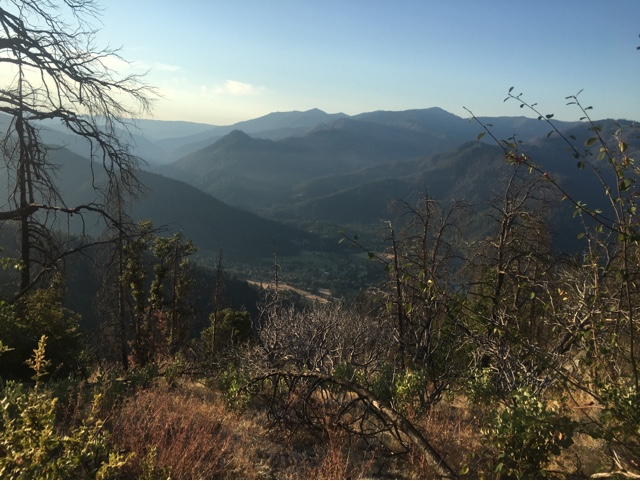 View from halfway up
After the steep section I gradually contoured my way up the rest of the initial climb. I was blessed to have great views all day long, but I felt like all I did for twenty seven miles was go uphill. A few times I thought I had made it to the top, but then I would go around a curve and the trail would keep going uphill. 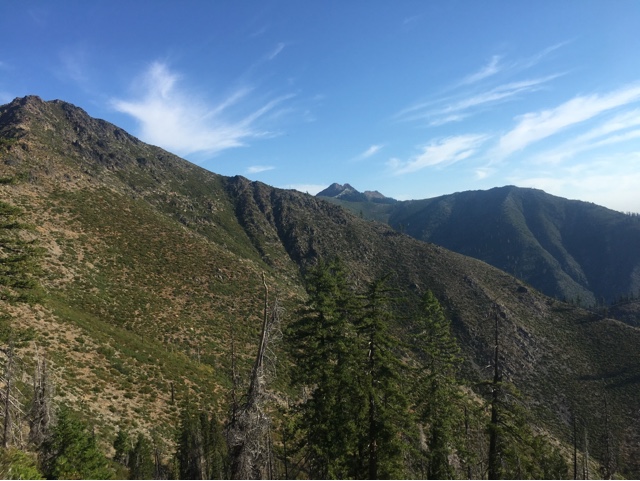 More mountains to climb
I finished the initial climb a little after eight thirty. It was hot out, but not too bad yet. After the first five thousand feet the trail dropped down almost a thousand feet. I found a nice shady spot close by a spring. I drank over a liter of water and ate a big second breakfast. What goes down must go back up, right? For some reason this second climb had me pretty dejected. The only thing that raised my spirits were the greats view I had. I bounced back and forth on opposite sides of the ridgeline. Just as I was getting tired of the view on the east side of the range I would cross over and see a completely different mountain range on the west side. This continued all day long. 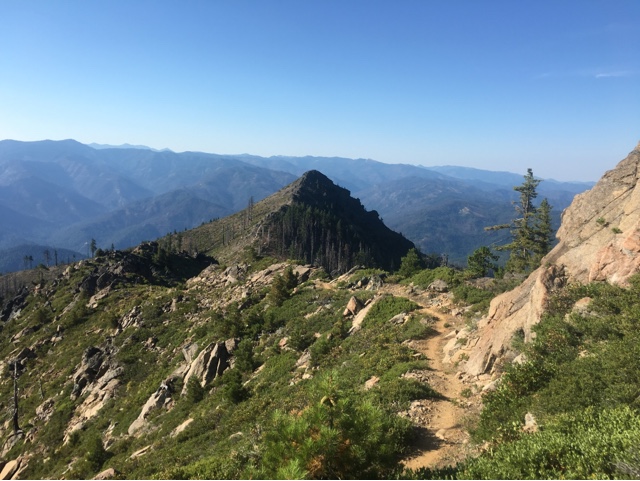 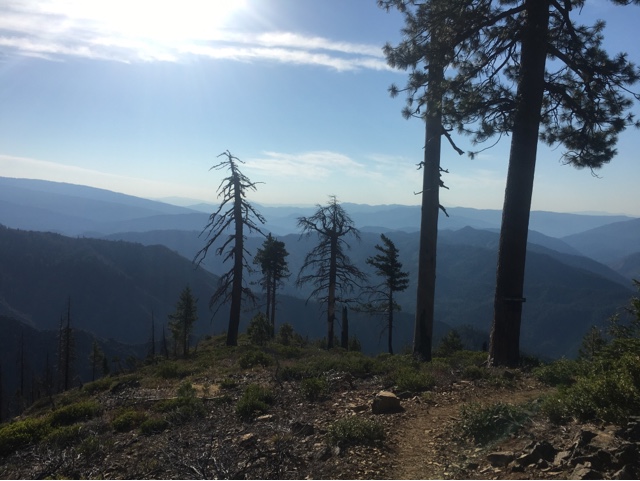 View to the east 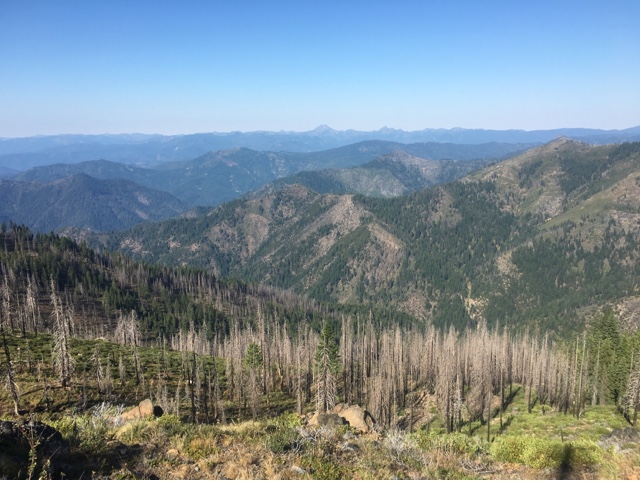 View to the west

Both views
Every once and a while the trail would dip down below tree line. I was always greatful to hike in the shaded forest. Usually when I made it into the forest a spring was close by. Two times I walked through areas with wild berries. I might not stop to swim in every lake, but I always stop to pick berries. 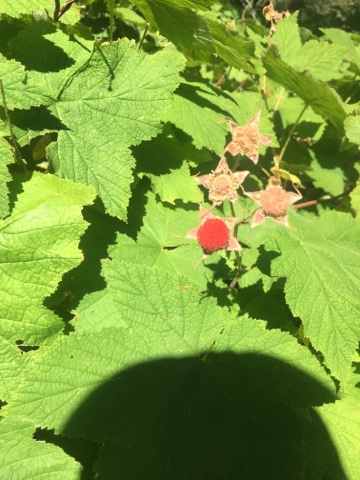 I'm not sure what these are called but they taste good
The worst part of the day was around 5:30. It was still really hot out, I still had six more miles to hike, and the trail became super rocky. I had listened to music for most of the day, but I am really sick and tired of everything on my mp3 player, so I switched over to Harry Potter and the Order of the Phoenix. Harry, Ron, and Hermione always distract me from my aches and pains. 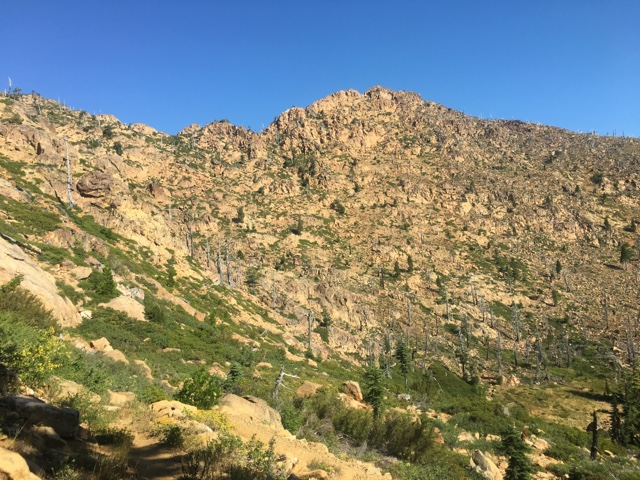 Rocky area
I didn't make it to my campsite until almost eight o'clock. As I was looking for a flat spot to cowboy camp on, I kept noticing hoof marks in the dirt. I also was seeing cow patties everywhere. When I walked down to the water source there were five or six cows thirty feet away from the small stream. I'm glad I kept my filter as a backup to the bleach. Drinking from the same source as cows isn't exactly what I consider ideal. I know that it happens all of the time, but this is the first time I saw the cows at my water source. I guess it is just part of the pct experience. 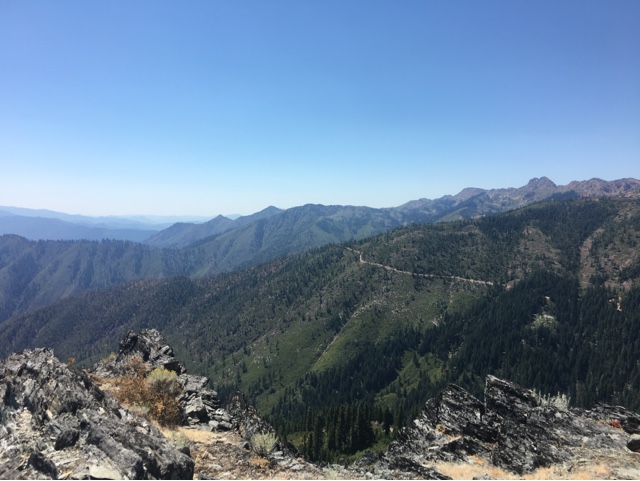 California is not letting go of me without a fight
“A difficult time can be more readily endured if we retain the conviction that our existence holds a purpose – a cause to pursue, a person to love, a goal to achieve.”
~ John Maxwell
Posted by Yoda at 9:09 PM