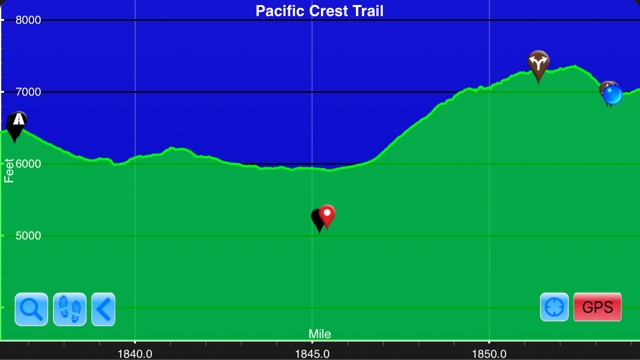 Pct total up/down:+1,864/-1,384 feet
Not sure about alternate elevation
What a majestic, wondrous, and fantastic day(is that enough adjectives). Mickey Mouse did not make any more appearances last night. I slept through my first alarm, but I was woken up shortly after it went off by another group of hikers walking by my campsite. I didn't even consider going back to sleep. I packed up quickly and didn't even bother eating before I left. I would have plenty of time to eat breakfast while I watched the sunrise. I made it up to the rim of Crater Lake around 5:45. The sun didn't rise until 6:27, but I wanted to have time to find the perfect vantage point. I also thought that there would be a ton of people around, but there were only a handful of thruhikers. I found the perfect place to watch the sunrise from. As I settled in to wait two other hikers joined me. I set up my GoPro to take a time lapse and enjoyed the beginning of the show. 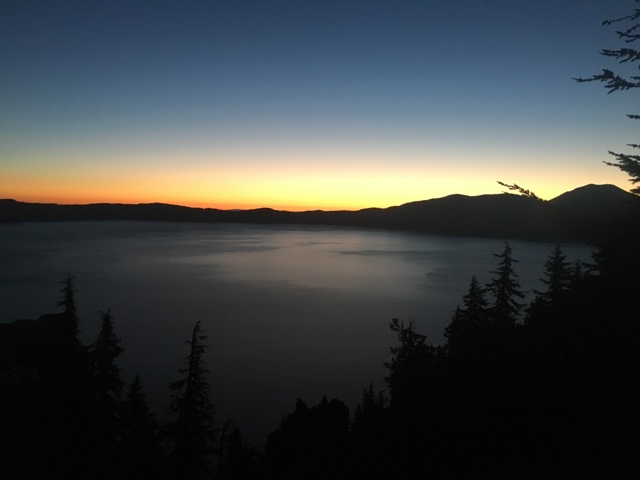 Orange and Blue. Two of my favorite colors(Go Gators!) 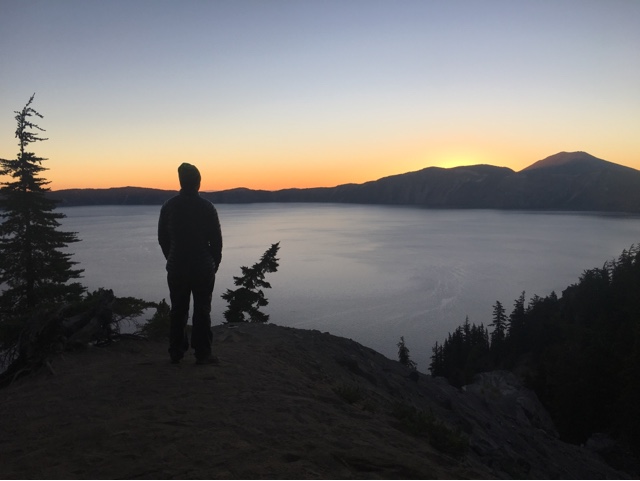 Sun starting to peak over the rim 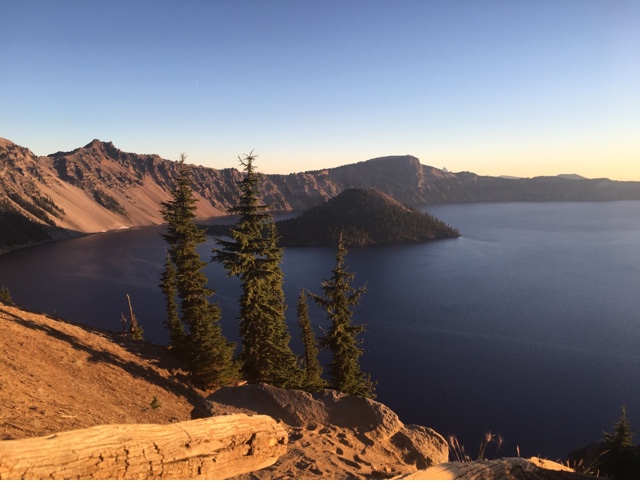 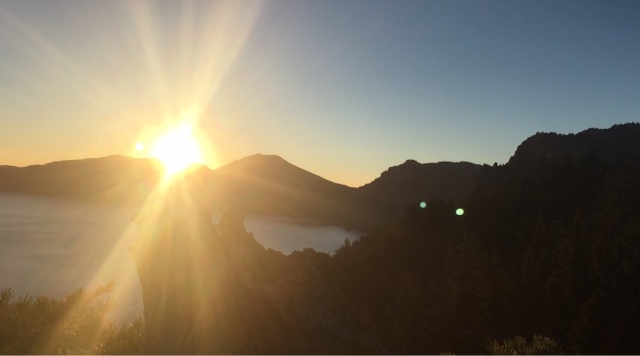 Towards the end
I've had some truly epic sunrises on this hike. I still think Mount Whitney was the best, but this was a close second. Once the sun was fully up I basked in the warmth for awhile. Then I wandered around in Rim Village for awhile. I learned a lot about Crater Lake. It is the deepest lake in the United States, the second deepest in North America, and the tenth deepest in the world. It contains some of the purest water in the world due to its lack of pollutants. There are no streams or creeks flowing into it. It is comprised of snowmelt and rain water. In fact Crater Lake is famous for its deep blue color and water clarity. The lake was formed about 7,700 years ago when Mt. Mazama erupted, leaving behind a caldera. Wizard Island formed from a cinder come that erupted once the lake began to fill with water. I couldn't get a good picture of the second island, Phantom ship, because the sun was in the wrong part of the sky. Before Mt. Mazama erupted it was about 12,000 feet of elevation. The remains of the mountain are what create the rim of Crater Lake.
I have been crushing miles lately, but today I decided to act like a tourist and enjoy the day. I hiked the Rim Trail for about nine miles before rejoining the pct. I took a million breaks. I sat on the rim overlooking the lake and just enjoyed the view.

From the Rim Village Overlook 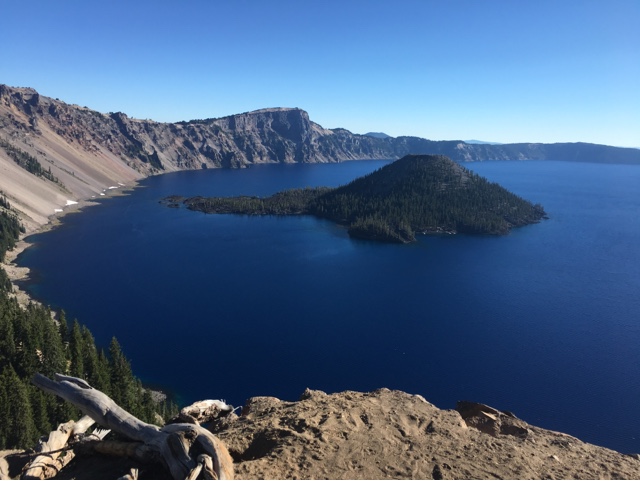 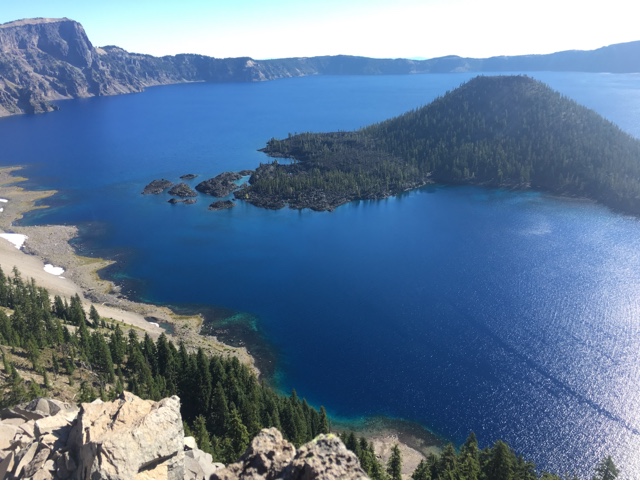 Finally got the whole lake in one shot 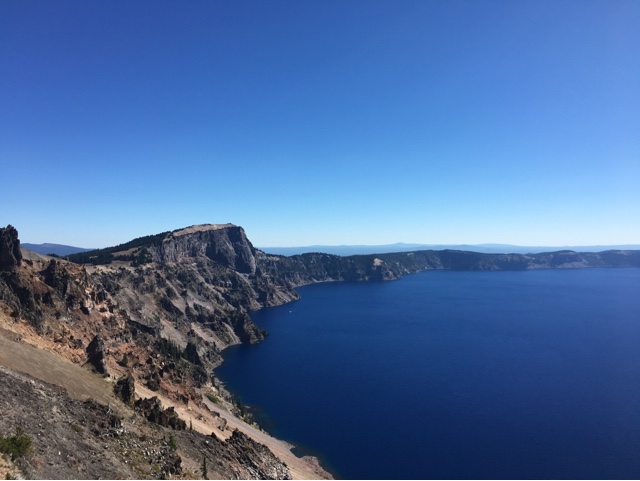 Llao Rock is evidence of where a lava stream ran down the side of the mountain after the primary eruption
I took close to fifty pictures this morning. These are just a few of my favorites. I finally left the rim around noon. It took me over five hours to hike 6.5 miles. I didn't really have high hopes of making decent miles today. The only thing that motivated  me to make any miles was the water situation. After leaving Rim Village I was faced with a 26 mile dry stretch of trail. Luckily there were two water caches that help to make this manageable. The Optimist is one day ahead of me now and he texted me to let me know that the caches were reliable. After leaving the rim of Crater Lake it warmed up quickly. When I was hiking on the rim there was a very pleasant breeze and I was very comfortable. I ended up taking a long break at the first water cache. I was tired since I was awake late and up early. Water is also going to be an issue tomorrow. I'm looking at another twenty mile dry stretch. Logistically I had to hike to the end of today's dry stretch to make tomorrow's more manageable. 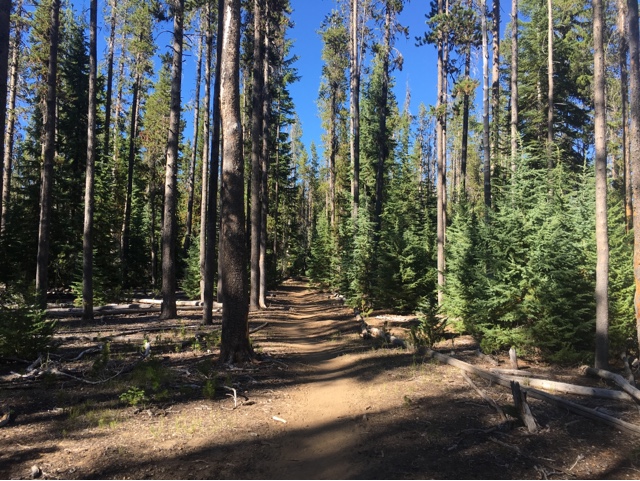 Terrain after Crater Lake
The trail after Crater Lake was mostly flat for eight miles. I was able to keep up a fast pace and make up some time. The last six or seven miles of the hike consisted of a fairly decent uphill climb. I was moving pretty slow, but at least I was still walking. 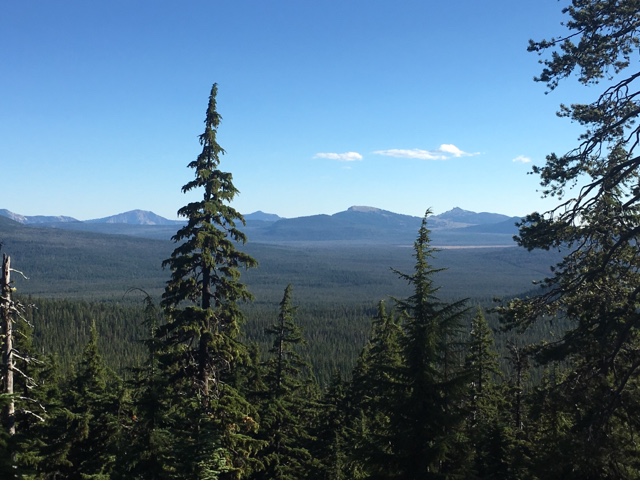 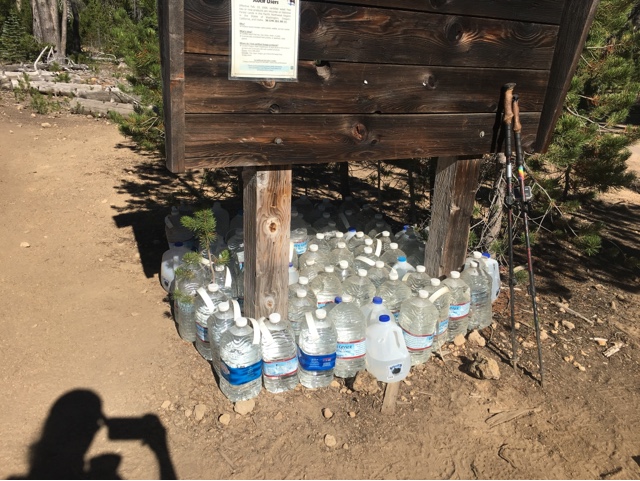 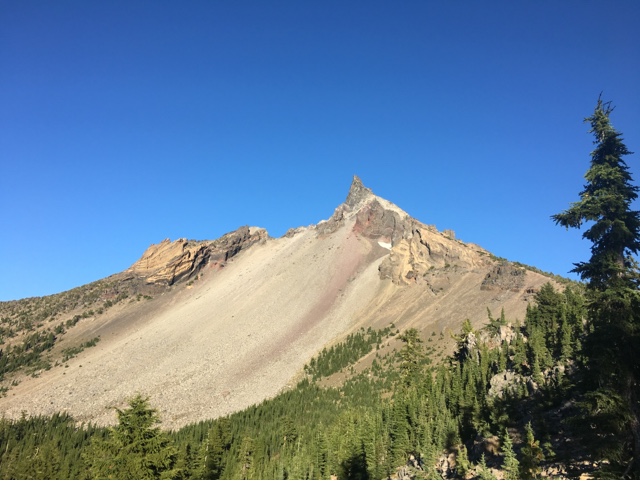 Mt. Thielsen
Mt. Thielsen is a popular side trip on the pct. I would have liked to hike up to the summit, but it was getting close to dark and I still had several more miles to hike. I didn't make it into camp until a little before eight o'clock. I setup camp in the rapidly diminishing sunlight. By the time I cooked dinner I had to eat in the dark.
Crater Lake is definitely one of the highlights of the entire Pacific Crest Trail. 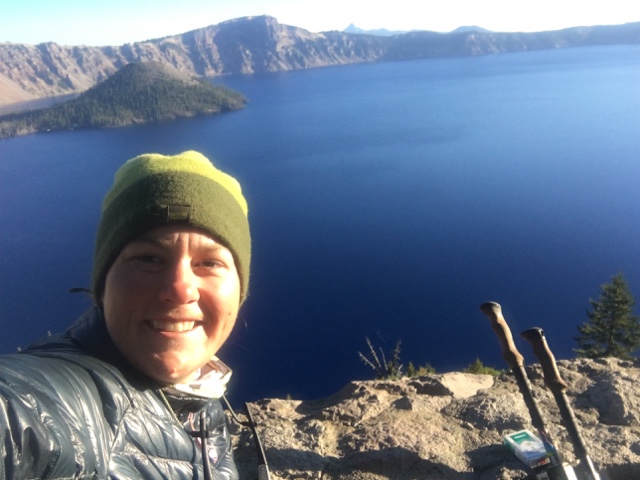 "Work hard, Stay positive, And get up early in the morning. Its the best part of the day."
– George Allen Sr
"Early sleep and early wake up, gives Health and makes you Grow." – Portuguese Proverb
Posted by Yoda at 8:23 AM