Day 81- The One With My Best Friend

I seem to be making a lot of silly mistakes lately. My issue last night was water. I stopped early to avoid the rain, but I should have gone a little farther to make it to a water source. I thought I could make due with what I had, but I had a really thirsty night. I kept waking up to drink water, but my half liter went quickly. I kept waking up every hour to drink, when I ran out of water I began to drink my breakfast shake. It seemed like a good idea in the moment, but my shake contains about three cups of coffee. My last few hours of sleep were not the best. To be honest I’m surprised I slept at all. Last night was the warmest night I’ve had in awhile. Every time I woke up to drink, I took off a layer. When I finally woke up to start hiking I was surprised to find my extra clothes scattered around the tent. I had forgotten that I had taken them off. I had a little extra motivation to get moving this morning. I had received a message from a friend that I had hiked with on the Appalachian Trail. He was planning on meeting me today to do trail magic. He had tried to meet up with me a few days ago, but I was going slower than expected. He had waited at the Argentine Pass Trail Head all day for me to show up. What a good friend. I did not want to keep him waiting today. 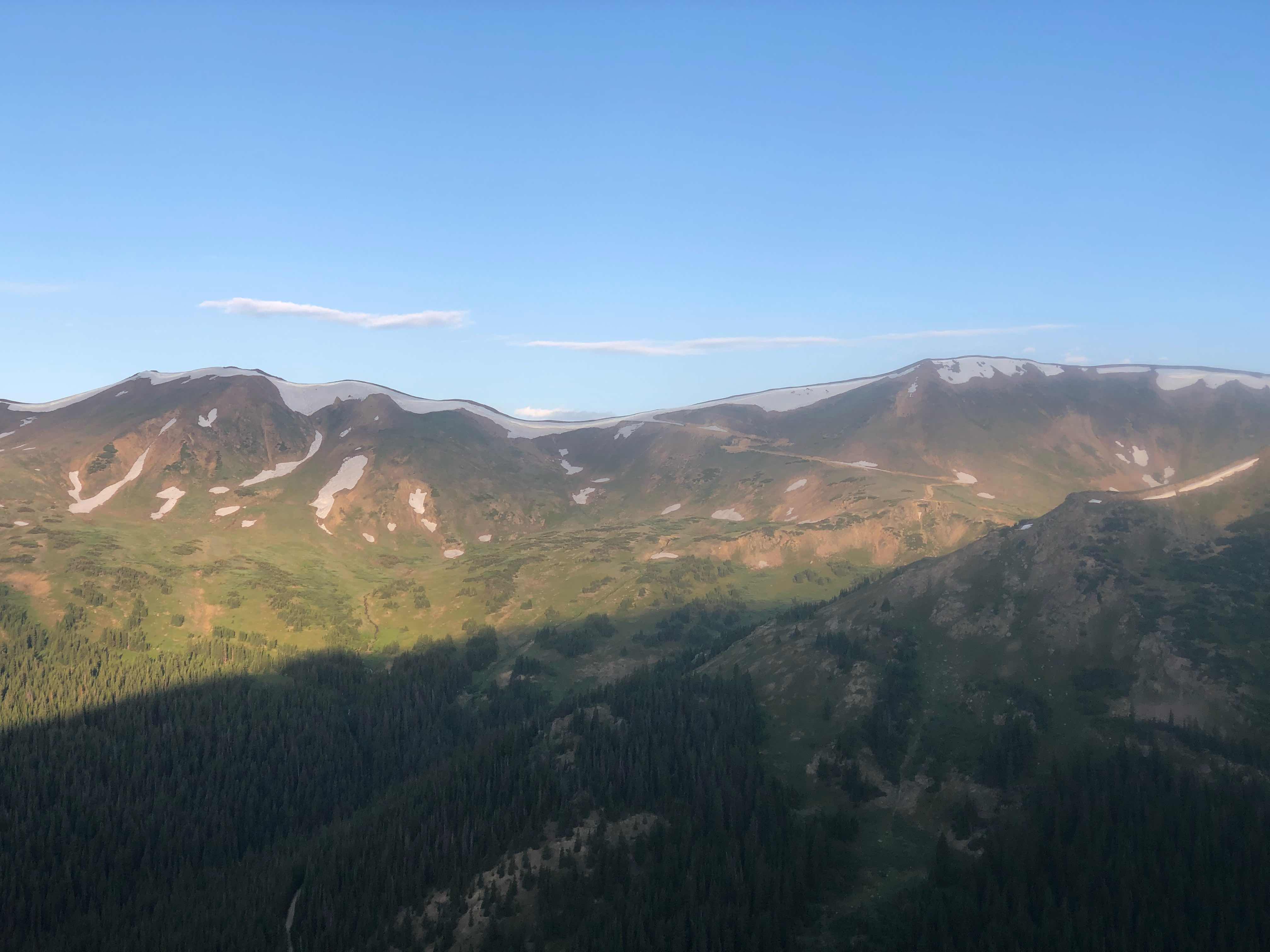 View leaving camp
On today’s agenda was two to three 13,000 foot peaks. This last section has been the most difficult of the entire trail and I can’t wait until I’m done with it. I’m tired of hiking on the divide. I really enjoyed the first day of it, but enough is enough. These long ridge lines are growing tedious. Especially with being surrounded by thunderstorms.
Shortly after leaving camp this morning I dropped a few hundred more feet of elevation only to have to climb back up. The hike up Mt. Stanley was just under 2,000 feet of elevation gain and most of it was steep. The early part of it was rather enjoyable as I went through a cool forest. The last little bit of it was rather steep, but totally manageable. Since it was early in the morning my legs were fresh. Just before reaching the top I caught up to, Casper. We had hiked together yesterday for a very brief time. We hung out at the summit together and hiked down to Berthoud Pass. Greg, aka My Best Friend, was supposed to be meeting me at the pass. I wasn’t one hundred percent sure he would be there, but I hiked as if he would. As we made our way down from Stanley a few day hikers told me that he was in fact there. A few miles before the pass I caught a glimpse of him on the trail. For those of you who have been following my blog since the beginning, you might remember him from my first eeek on the AT. I believe we met on day 3. He was part of my first trail family. In those days it was Weatherman, the Sherpa Twins, the creepy dude who I hiked fast to get away from, and Greg(who later became known as My Best Friend). There is a great picture of him on Easter with some peeps attached to his backpack. We didn’t hike together long, but stayed in touch after the trail. Last year he moved to Colorado with his super cute dog, Peanut. After saying hello we hiked down to the pass together. Peanut was tucked into his backpack as we hiked down. She looked so happy with her little face poking out the back of his pack. Berthoud Pass trailhead was filled to the brim with cars and day hikers. There were people everywhere, it was crazy. My Best Friend treated Casper and I to cold drinks, McDonalds, chips, and bananas. Casper had a Gatorade and took off. She was trying to make it up and over 3 mountains today. I stayed and caught up with My Best Friend for about an hour. He has an awesome job that allows him to work four days on and four days off. On his off days he is living in his truck and out hiking. That is a pretty sweet schedule. I was sad to say goodbye, but I’m sure we will meet again. 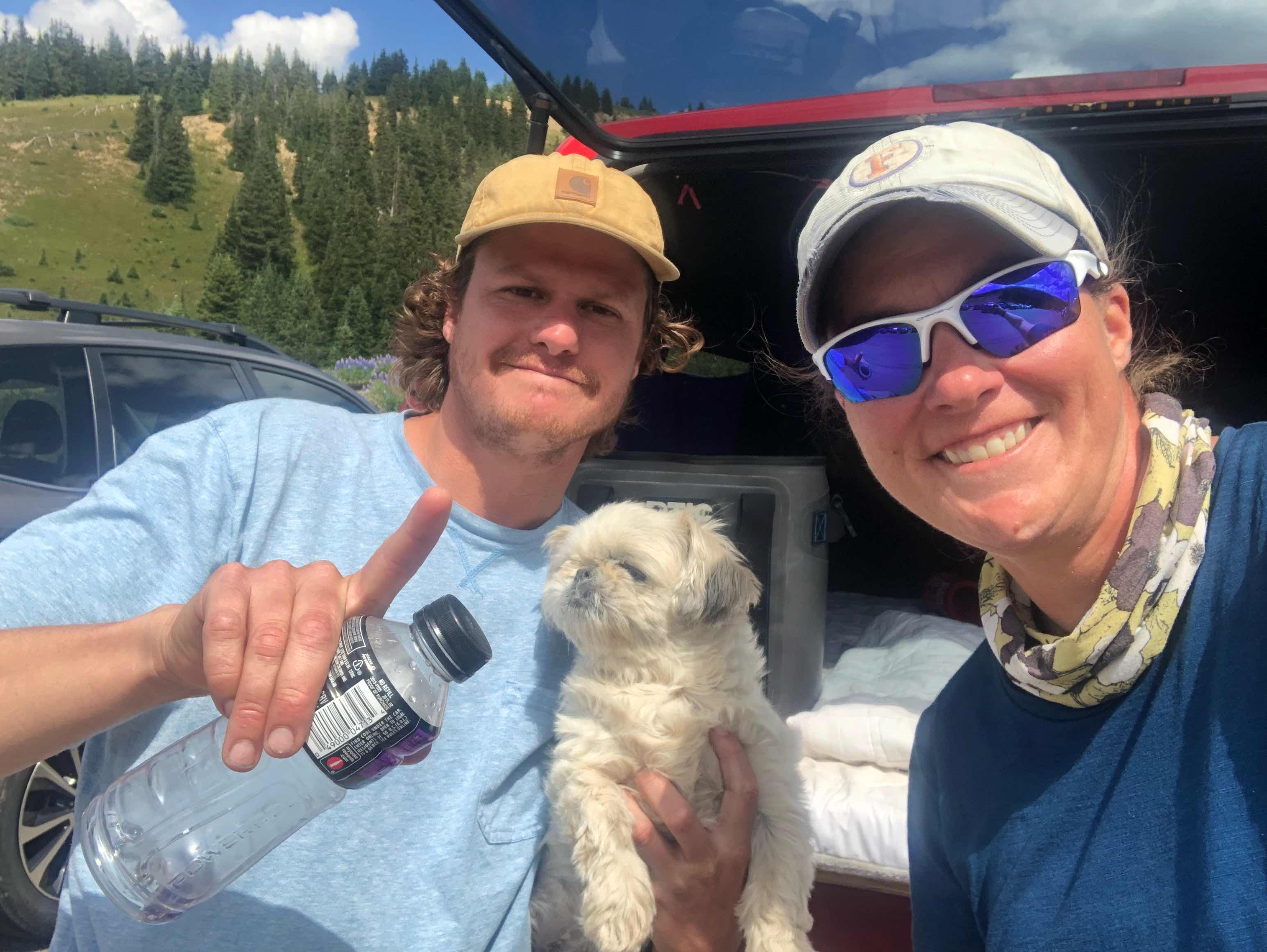 My best friend, Peanut, and me 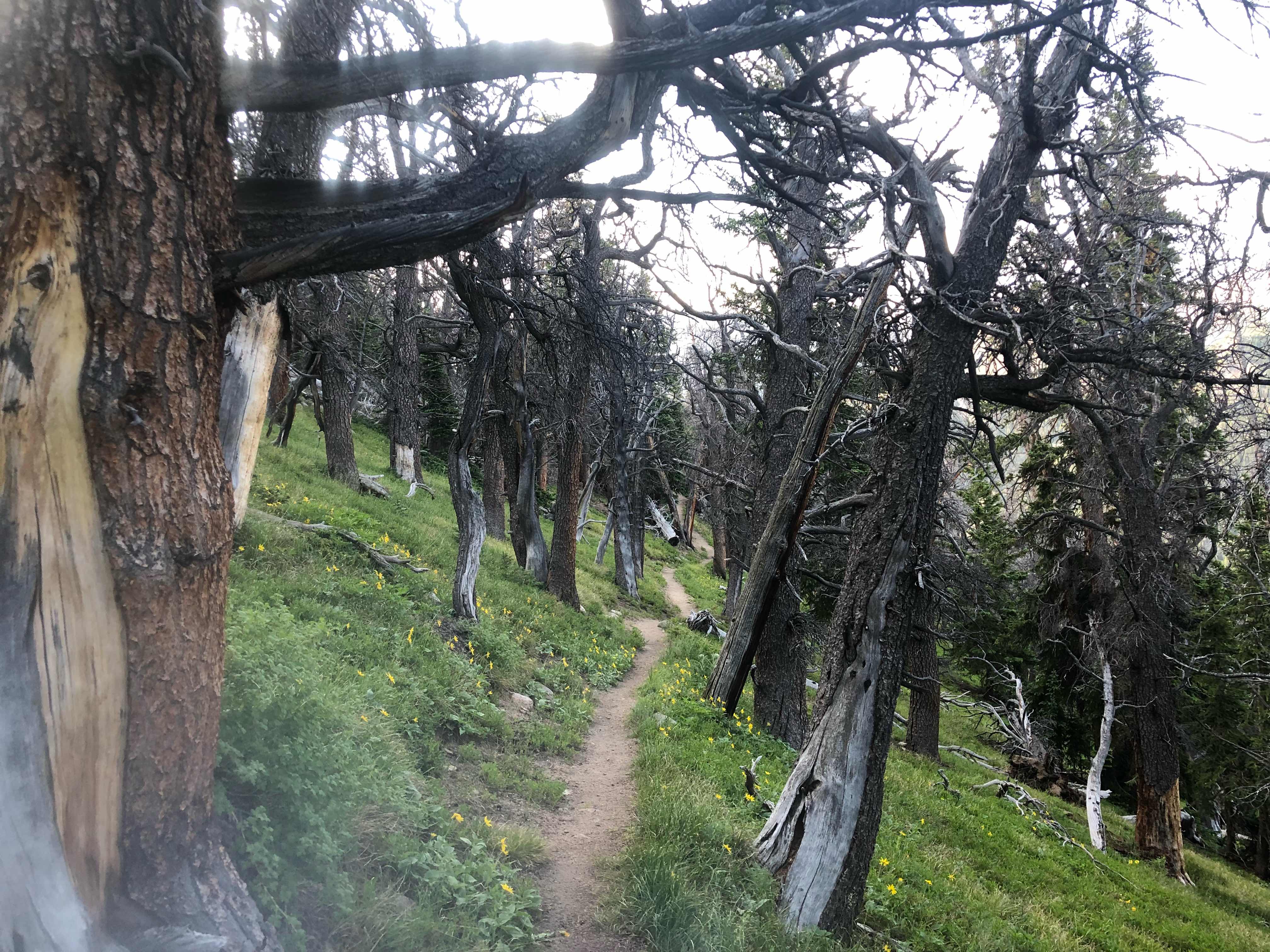 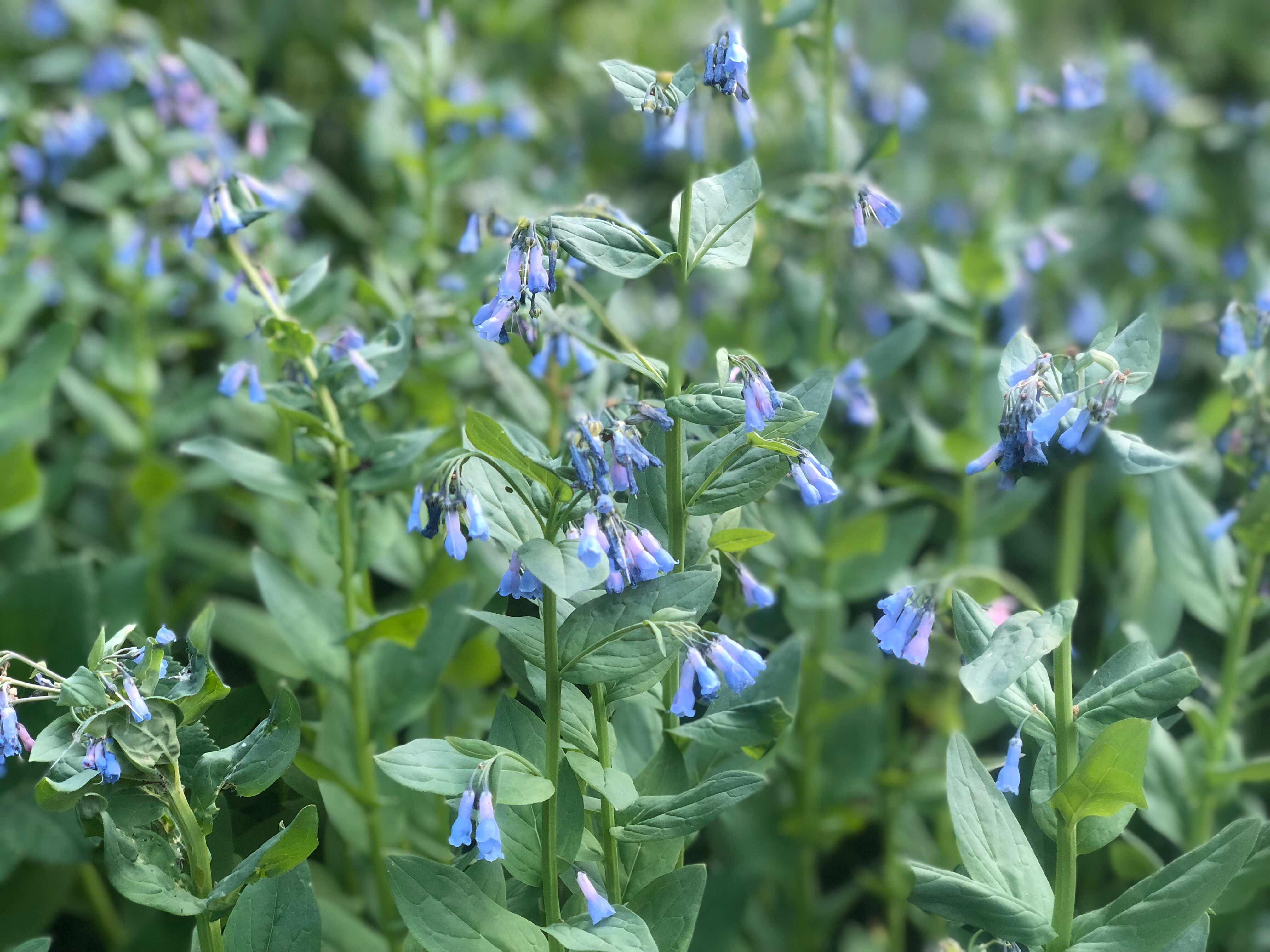 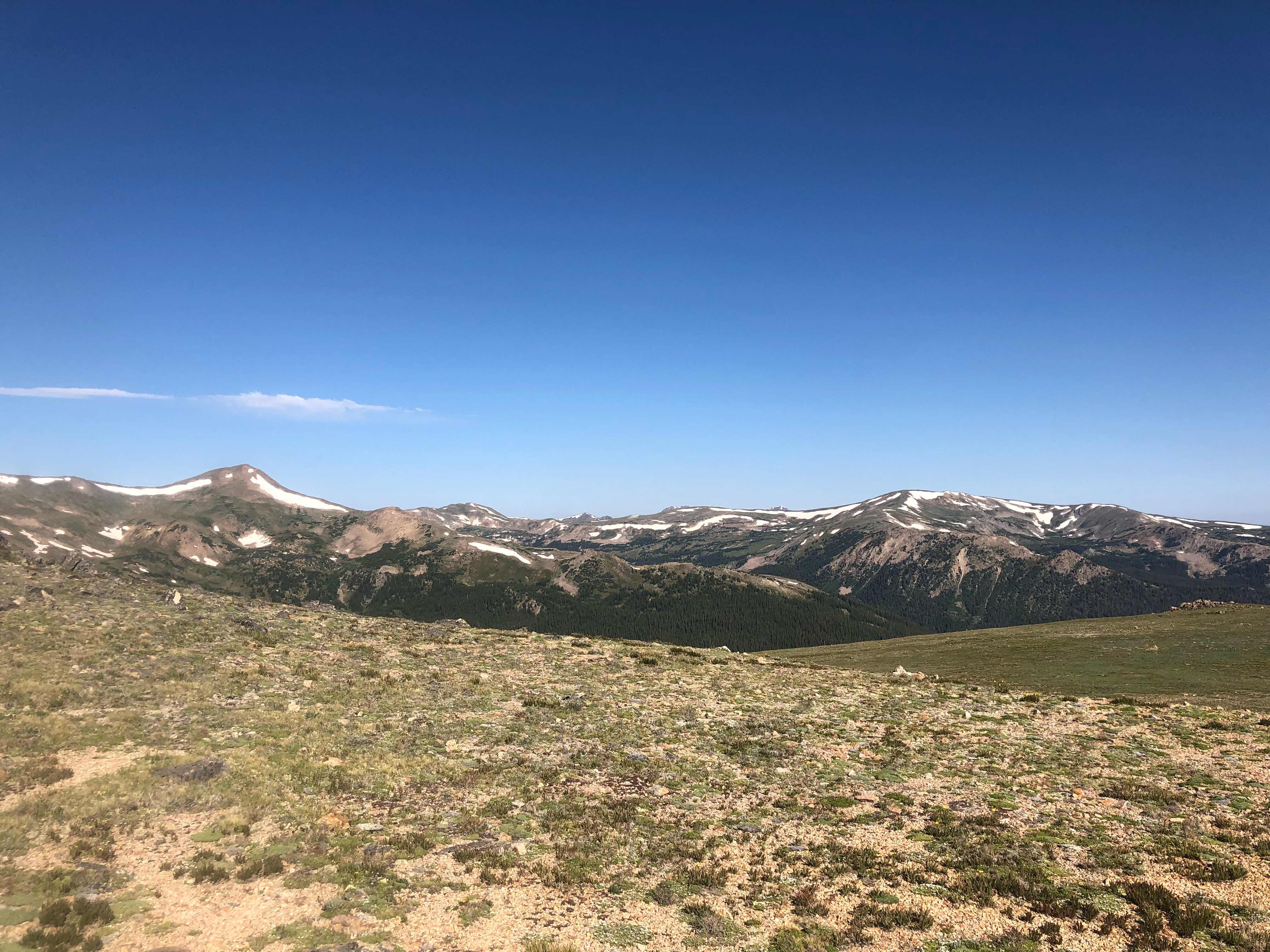 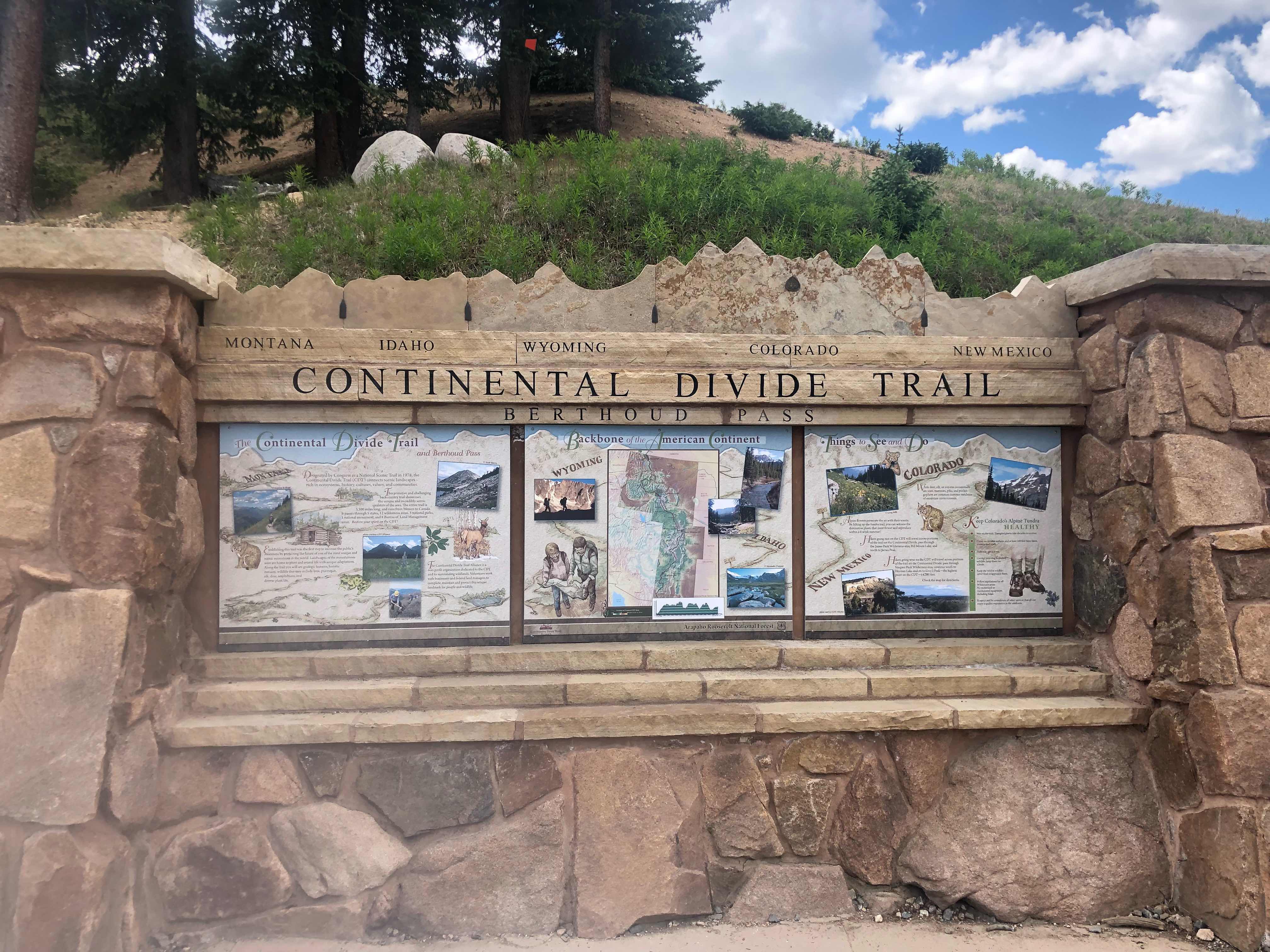 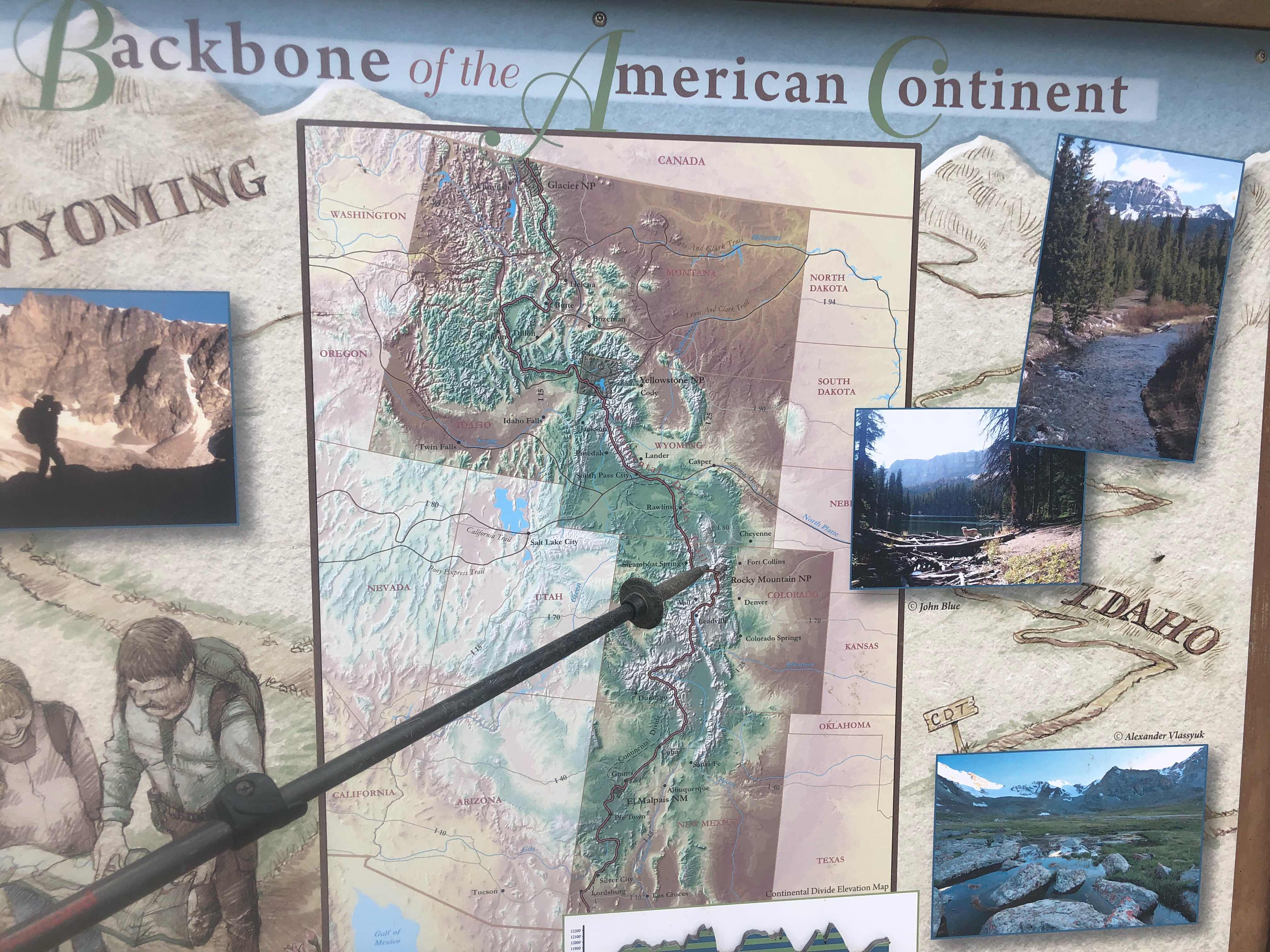 About halfway done
After leaving My Best Friend and Berthoud Pass behind I began to climb up Mt. Flora, elevation 13,123 feet. I knocked out the first half of the climb pretty quickly. There were a ton of day hikers making their way down as I was going up. Most of them were very friendly and stepped off of the trail to let me go by. After eating two sausage McMuffins and drinking a coke I was feeling pretty energetic, but that didn’t last long. With about one mile left to climb the storm clouds cane rolling in and the wind picked up. I took a short break to put on my rain jacket. I didn’t actually think I was in danger of getting wet, but the wind was really cold and my rain jacket doubles as a wind jacket. Once I hit the summit I didn’t linger long the wind was just too strong. 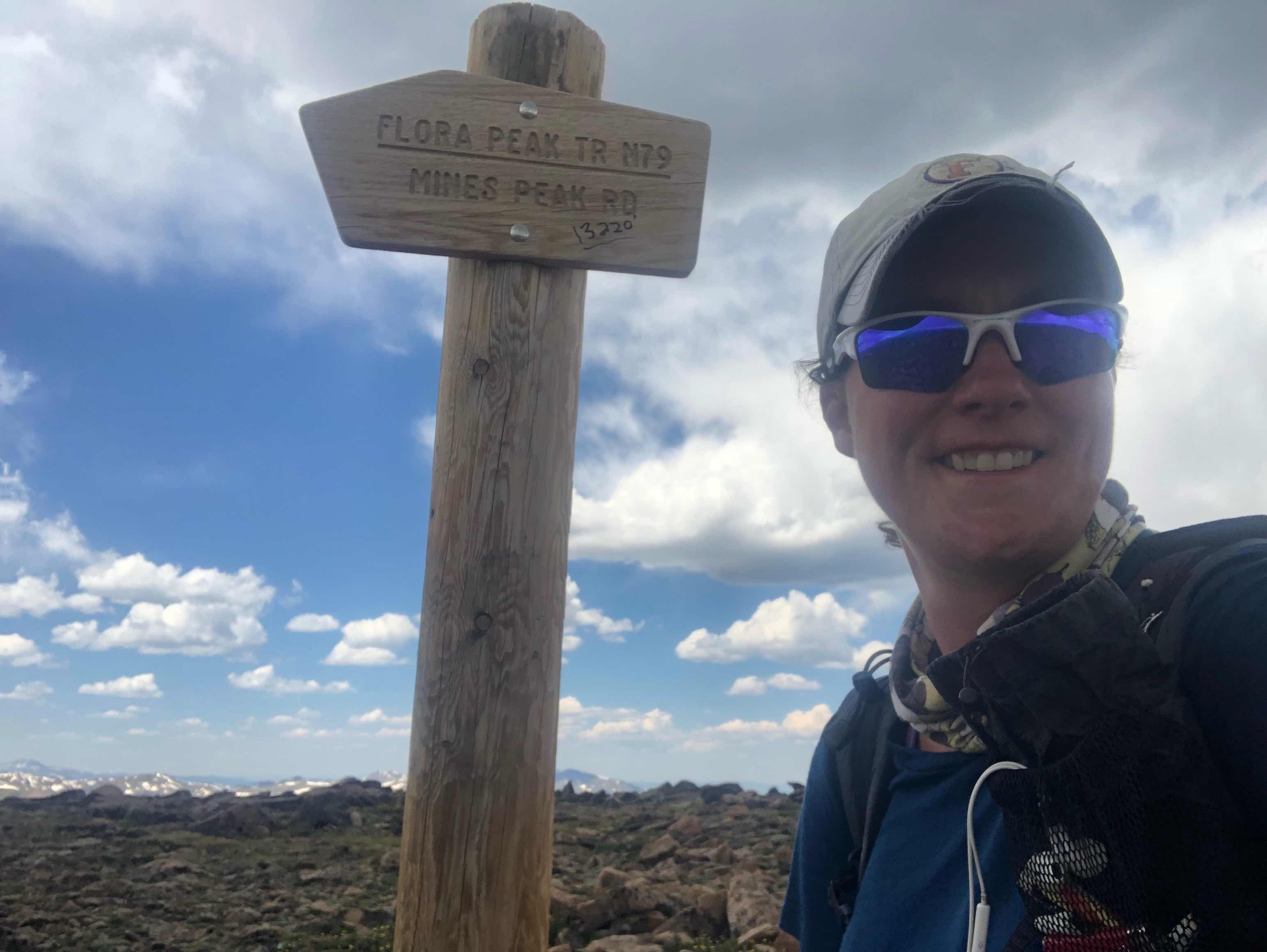 Quick selfie before moving on
The descent down Flora was not a whole lot of fun. It involved quite a few steep up and downs. Eventually I dropped down into a huge talus field. I wish I would have taken a picture of the trail. It was an impressive piece of engineering and the labor that went into making it was impressive. It was constructed entirely from flat rocks and boulders lined up through the talus to create a walkway. That must have been some back breaking work. It was over a mile long. 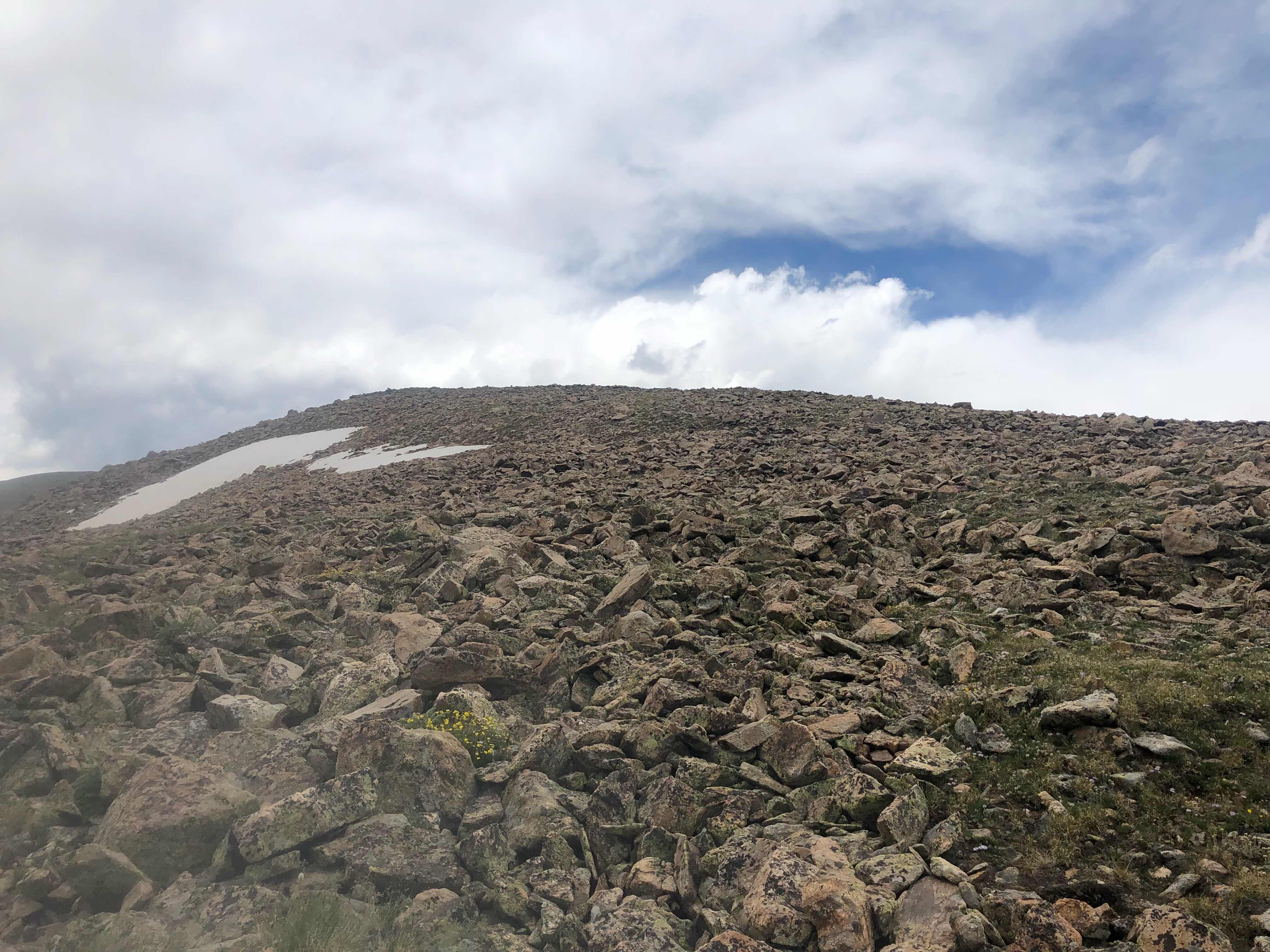 Talus that went on forever 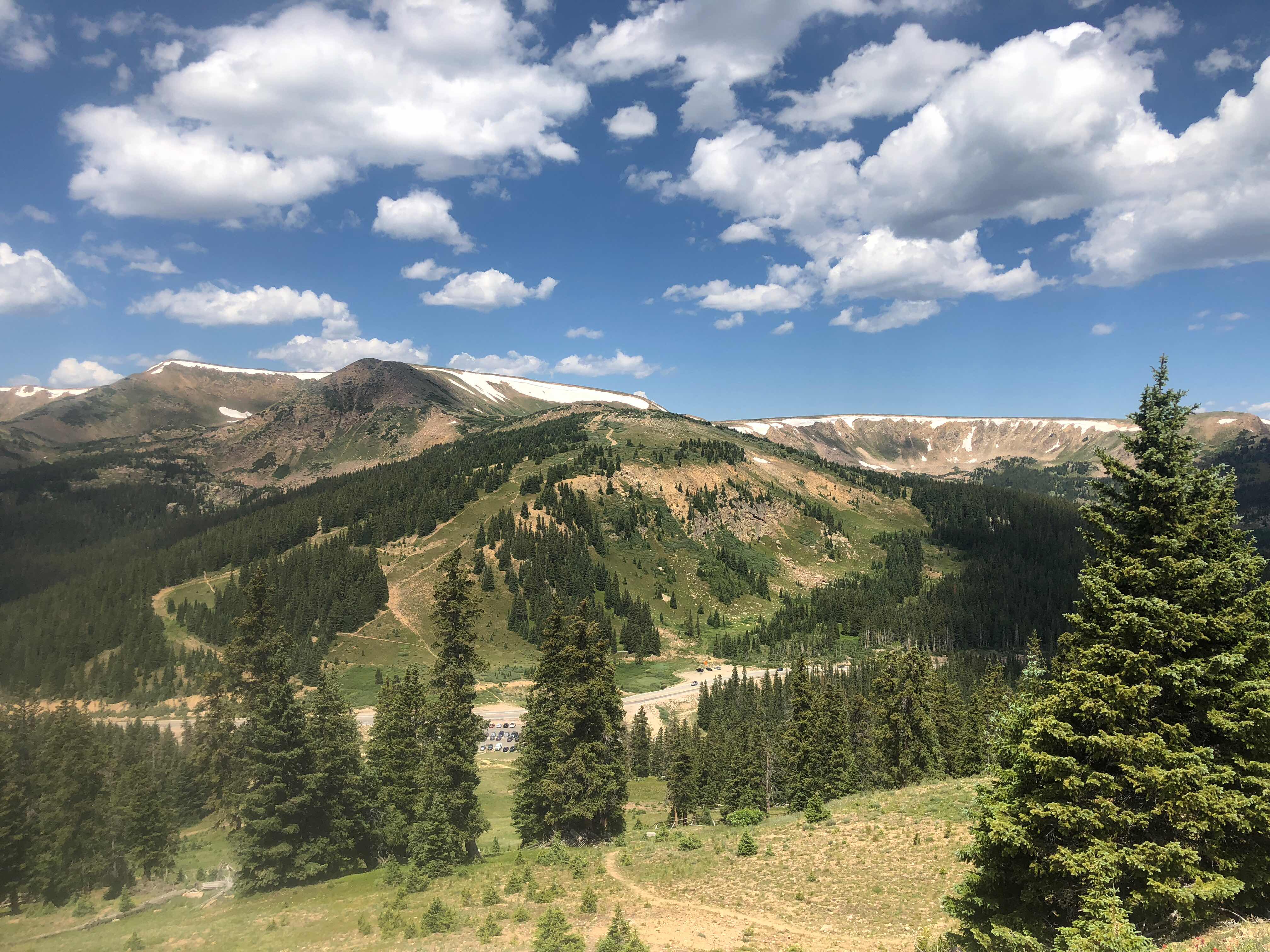 View from halfway up Mt. Flora
Eventually I dropped down into a valley with a nice river. As I stopped to load up on water I found Casper cleaning off in the river. She had decided to stop early and set up camp. I also had a difficult decision ahead of me. I could either climb up James Peak, another 13’er, or set up camp early as well. I really wanted to get the climb over with today, but after climbing up to the summit I would walk another ridge for several miles. There would be no water and probably no camping either. I didn’t relish the thought of having to carry 3 liters of water up a 3,500 foot climb and camp exposed at 13,000 feet. I could do half of the climb and camp at a reservoir a little off trail. That seemed like a great alternative until I watched over 20 cars heading in that direction. With it being the Fourth of July, I decided the reservoir probably wasn’t the place for me. I probably could have yogi’d a lot of delicious treats, but I doubt I would get much sleep. I decided to just set up camp early, 5:00pm, and tackle the climb first thing in the morning with fresh legs. I think that after James Peak the trail will become much more manageable. I hope to get back to making better daily mileage. This section has taken me forever to complete. I definitely got a little cocky about how easy it was to make miles in Colorado. This was a good dose of reality. 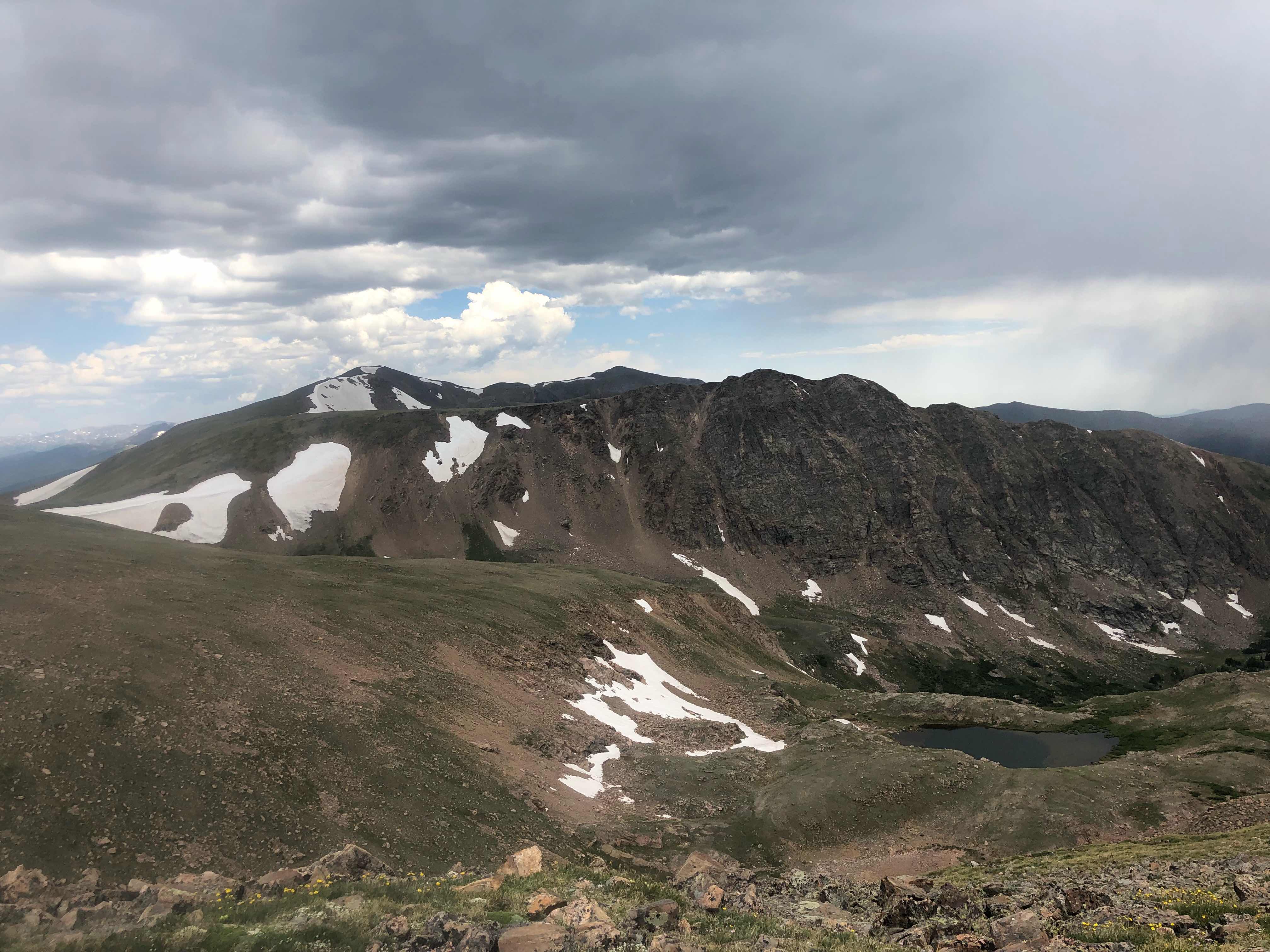 Afternoon storm clouds rolling in
“The mountains seem to have conquered us long before we set foot on them, and they will remain long after our brief existence. This indomitable force of the mountains gives us humans a blank canvas on which to paint the drive of discovery and, in the process, test the limits of human performance.”
- Conrad Anker