I’m carrying seven days of food for this stretch. That needs to last for 171 miles. To insure that will last me until I make it to town I need to hike just under 24.5 miles per day. Well yesterday I fell incredibly short of those miles. That means that today I needed to play catch-up. I thought that based on today’s elevation change it would be easy to make up some miles. What I did not count on was how difficult the first three miles would be. It took me about three hours to hike two miles. Usually I can count on hiking five to nine miles in that time. It took me an hour and a half to hike the first mile and about the same to hike the next two miles. The issue was twofold: firstly ever since my accident resulting in a trip to the emergency room I have lost my confidence. Any time I have to hike something even a teeny bit technical I second guess every step. Secondly, Texas Pass was just hard. The first part of the 1,300 foot climb was on trail, it was steep and rocky, but there was good tread. The second half was all cross country. I could see where I had to go over the pass, so I just set a bearing and stick with it. When I got to the pass it was covered in snow. I decided to climb up the snow chute instead of climbing around on crap rock. Even though it was first thing in the morning I still had good footing. I tried to not think about what would happen if I slipped. Everything was great until I got to the very top. I had chosen the wrong line and had to traverse the snow chute to get to the right spot to go over the pass. 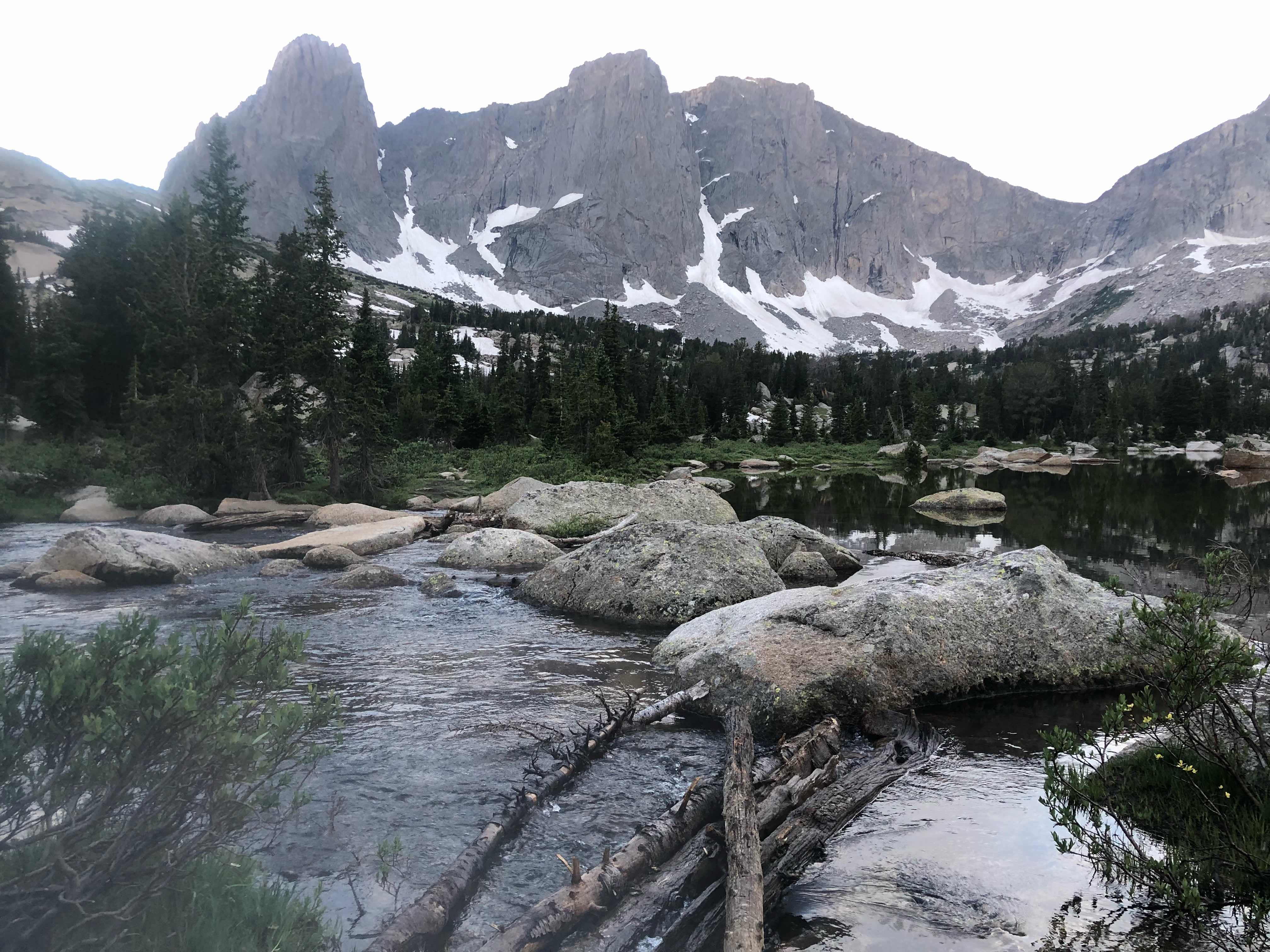 Stream crossing right off the bat 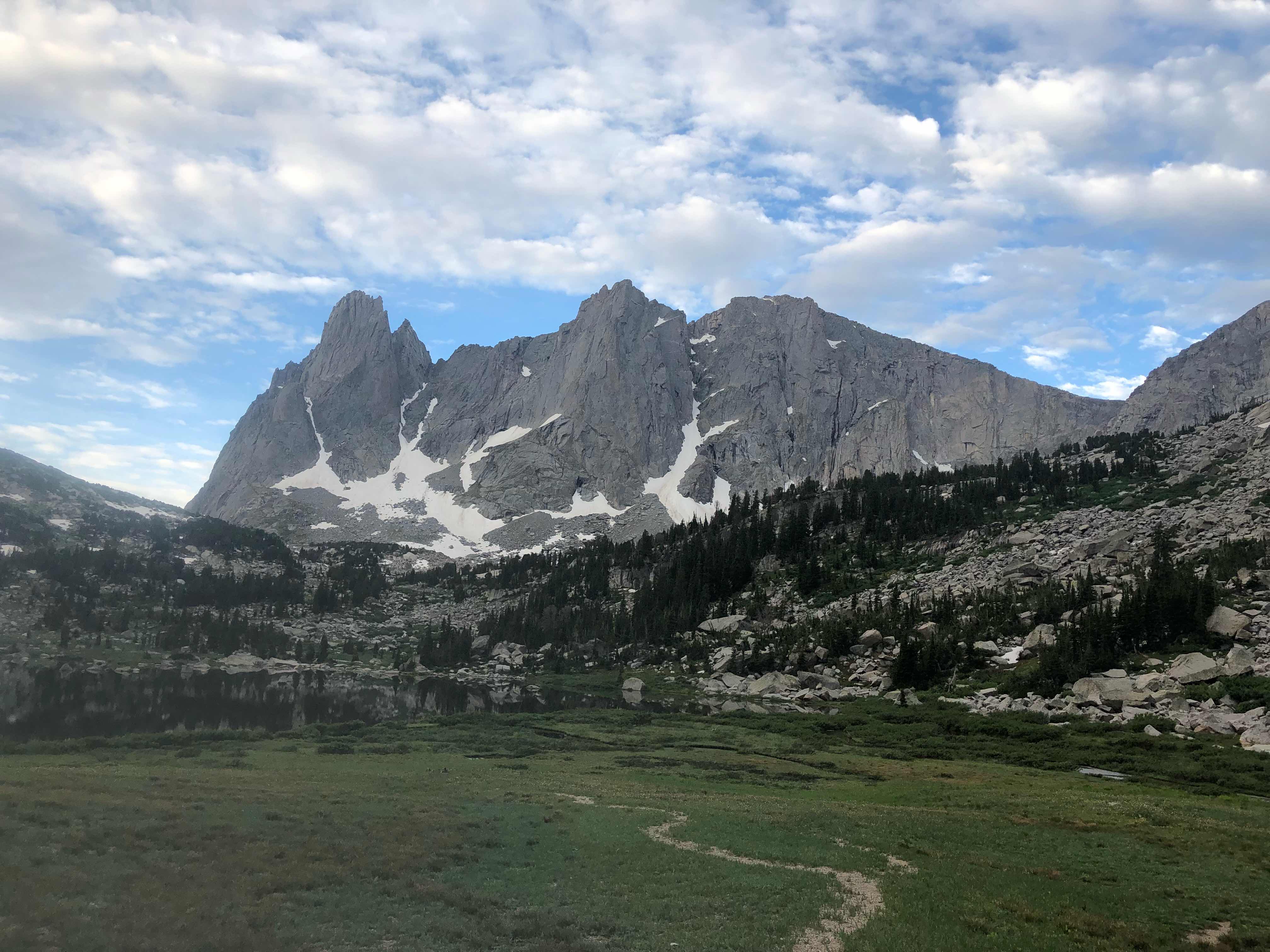 Beautiful morning in the Cirque 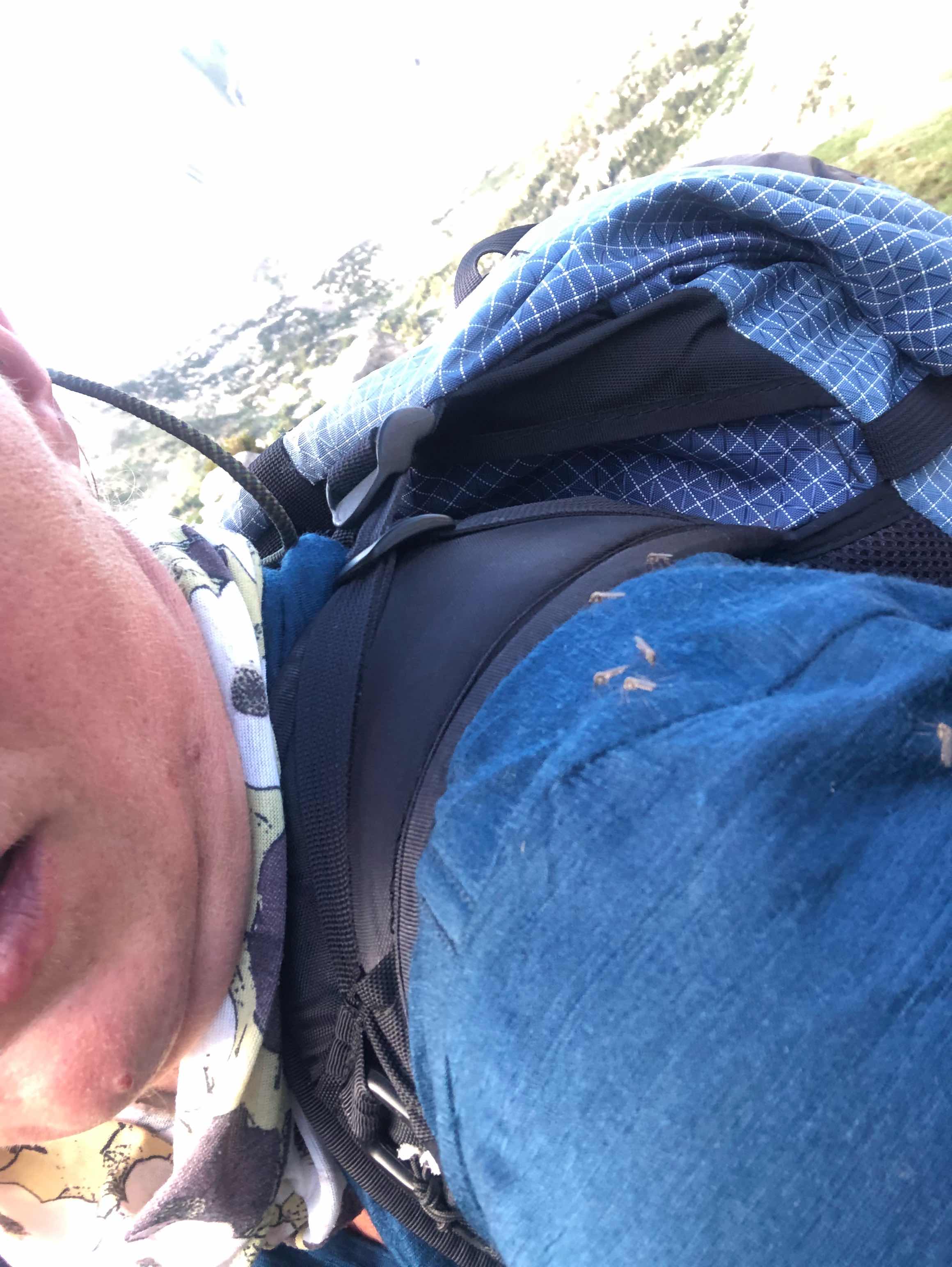 Great way to start the day 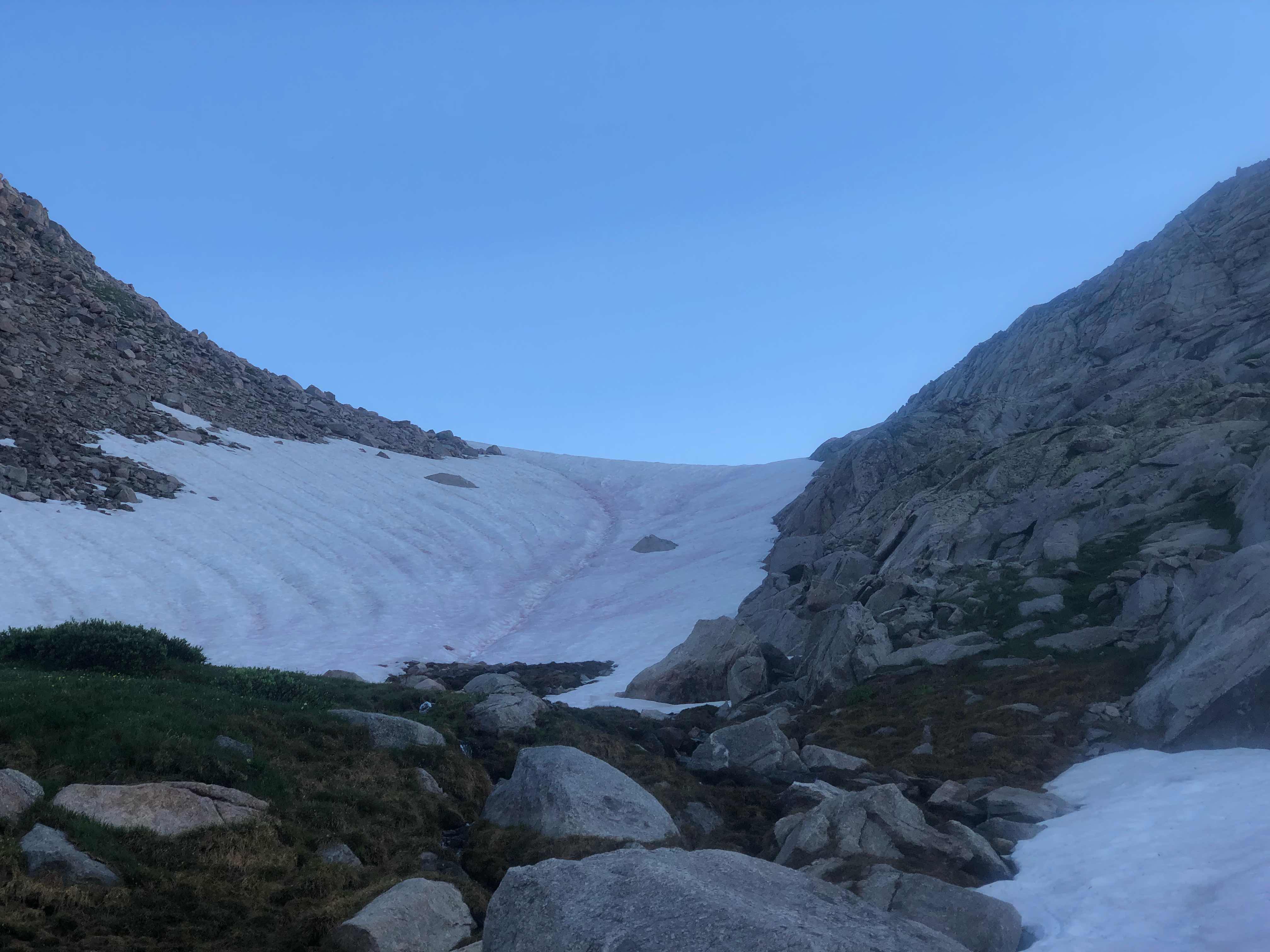 Snow chute. Much steeper in person
By the time I made it over the pass my nerves were shot. I knew that I was behind schedule, but I wasn’t concerned yet. I figured I could make up time on the way down, but oh boy, was I wrong. The trail down was very, very steep and on crap rock. I watched every step and gingerly picked my way down. 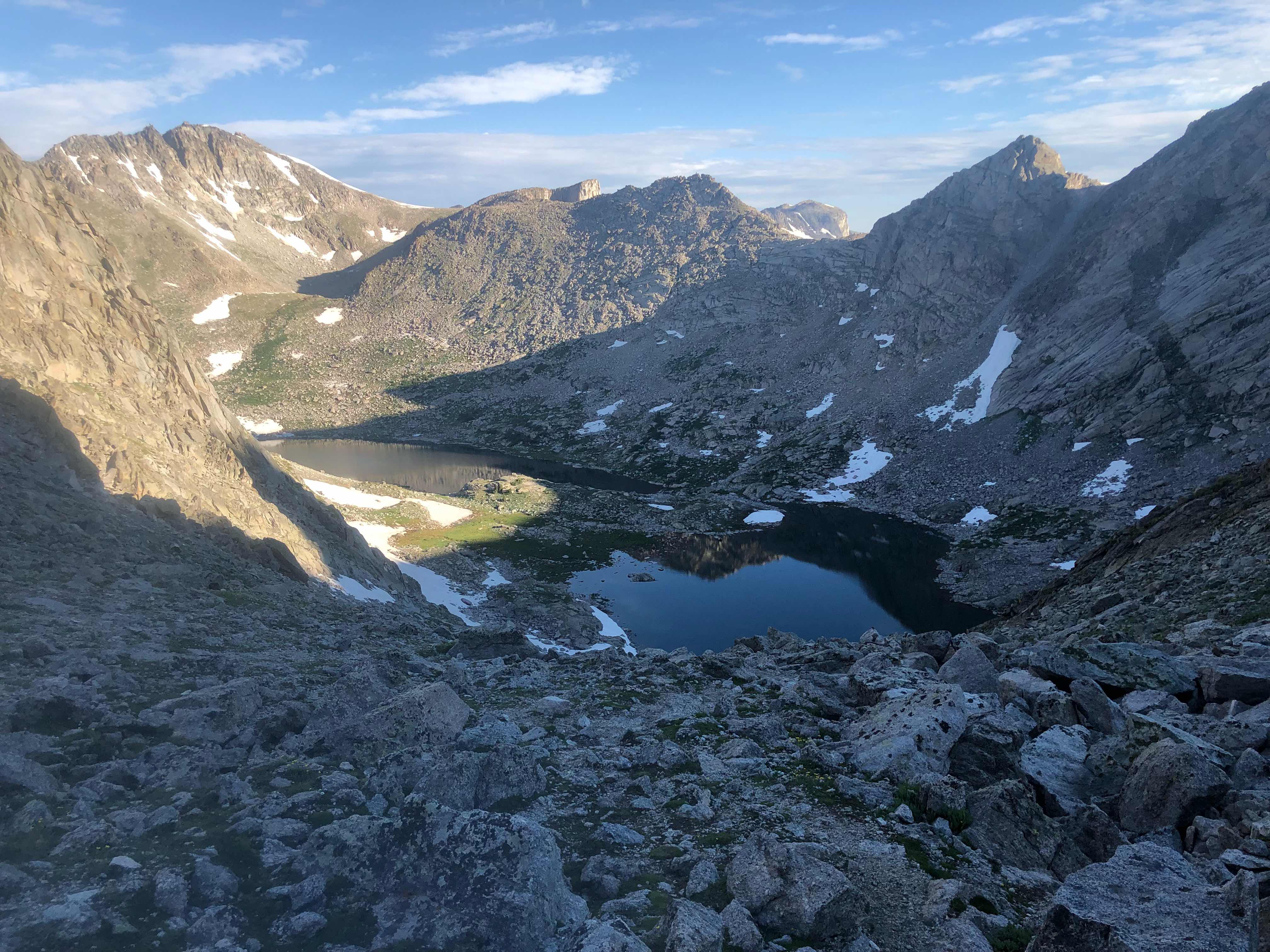 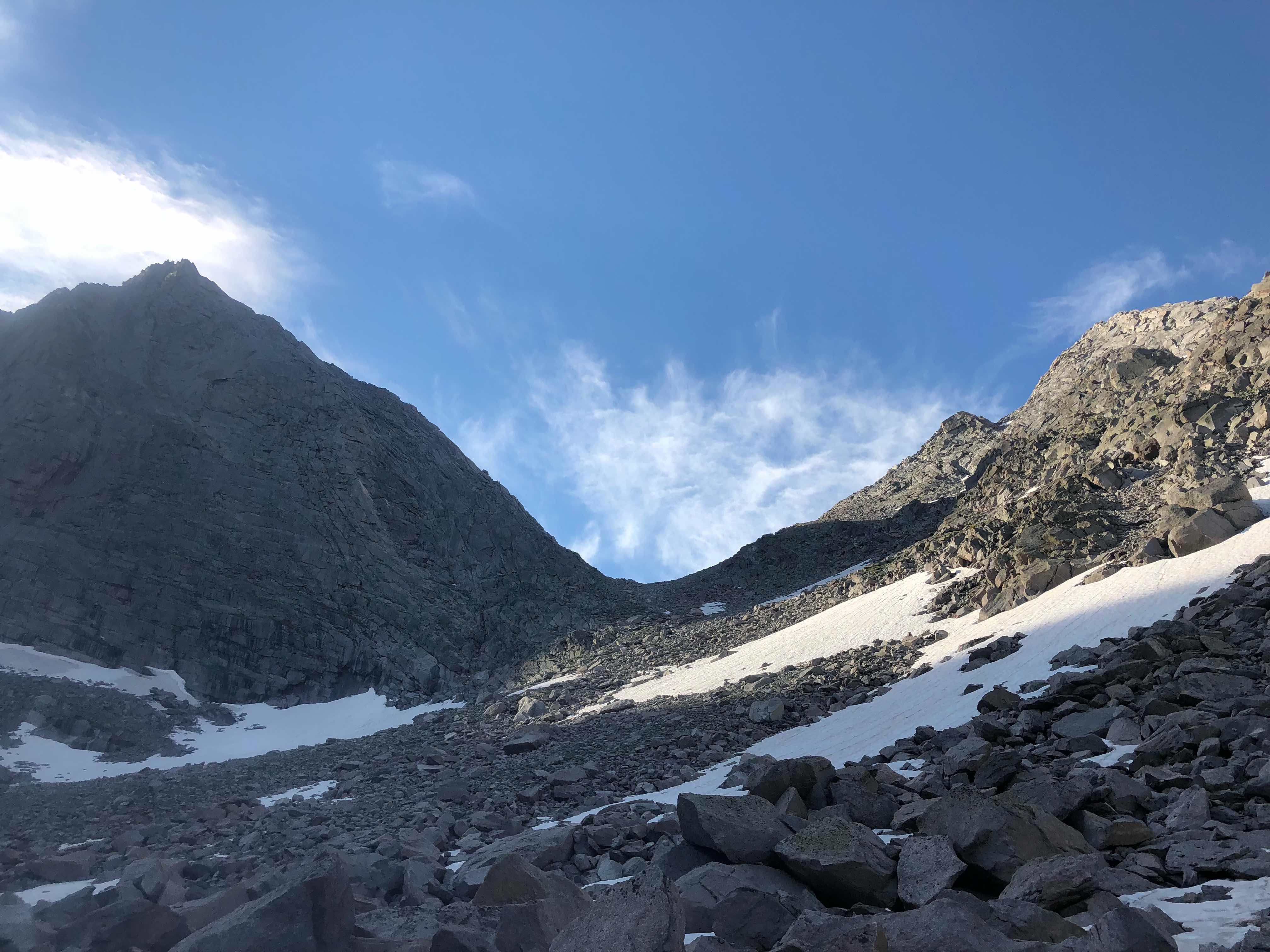 Looking back up at Texas Pass
By the time I made it down to the lake I was very far behind schedule. I wasn’t too concerned though. I only had to hike another four miles and I would be done with the Cirque of the Towers alternate. I thought that after I finished the alternate I could pick up speed. Alas, that was not the case. I wouldn’t consider what I was hiking technical, it was just slow going. The trail was super rocky and it was hard to get into a rhythm. I kept having to break my stride. I also had a metric shut ton of stream, creek, and lake crossings to contend with. I knew that I would have a bunch of wet crossings the rest of the day, so I didn’t even bother taking off my socks and shoes. My feet were soaking wet all day. The good news was that today was absolutely breathtaking. It was one of my favorite days on trail ever. The scenery really reminded me of Kings Canyon National Park on the PCT. So far the Wind River Range is exceeding expectations. 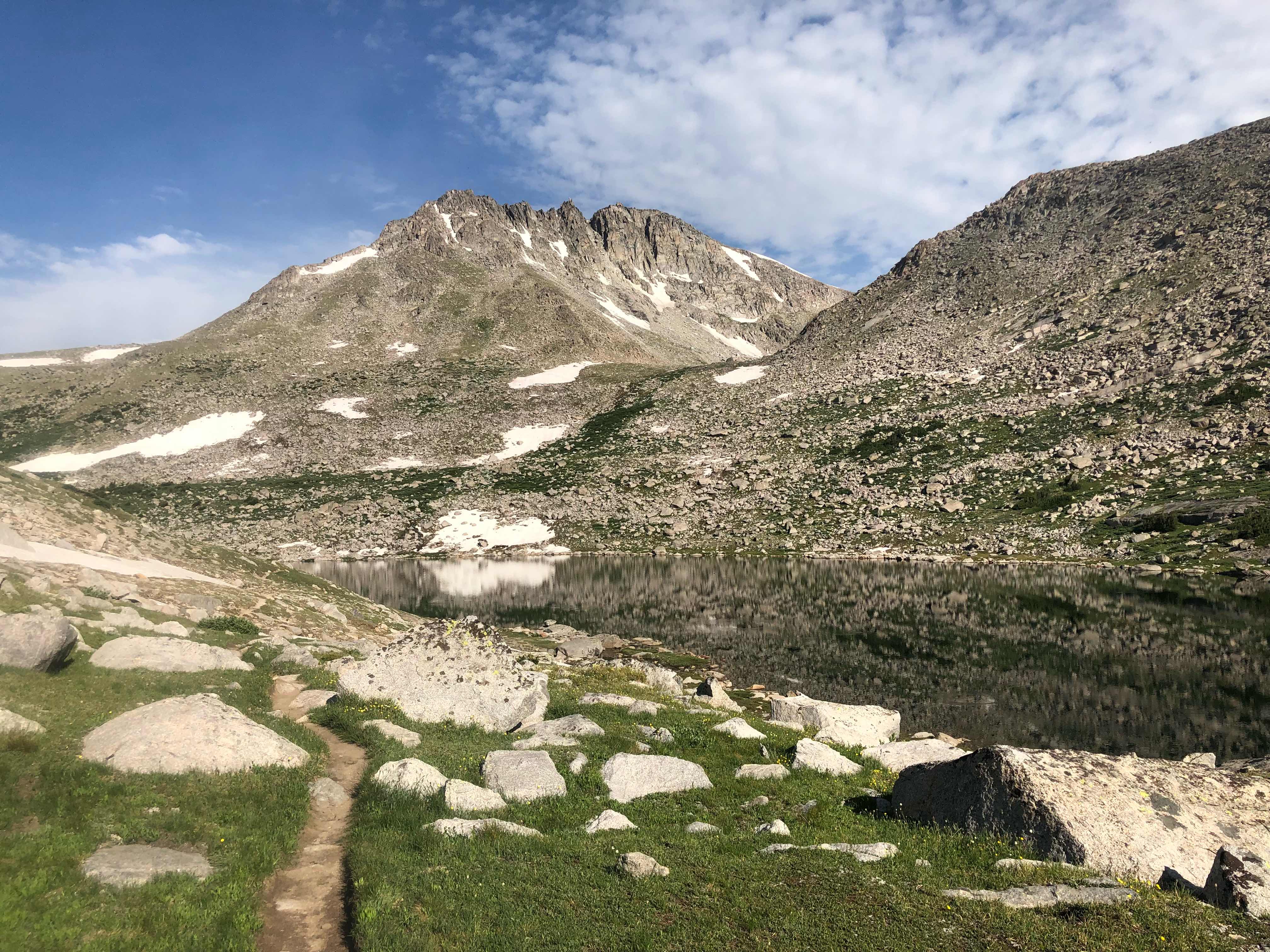 Perfect reflection in the lake. If I didn’t know the lake was there I wouldn’t be able to see it
Eventually I stopped being concerned with making miles and just enjoyed the day. I’m going to let my pictures speak for themselves. I don’t have much more detail to add about the hike today. Leaving the Cirque of the Towers alternate 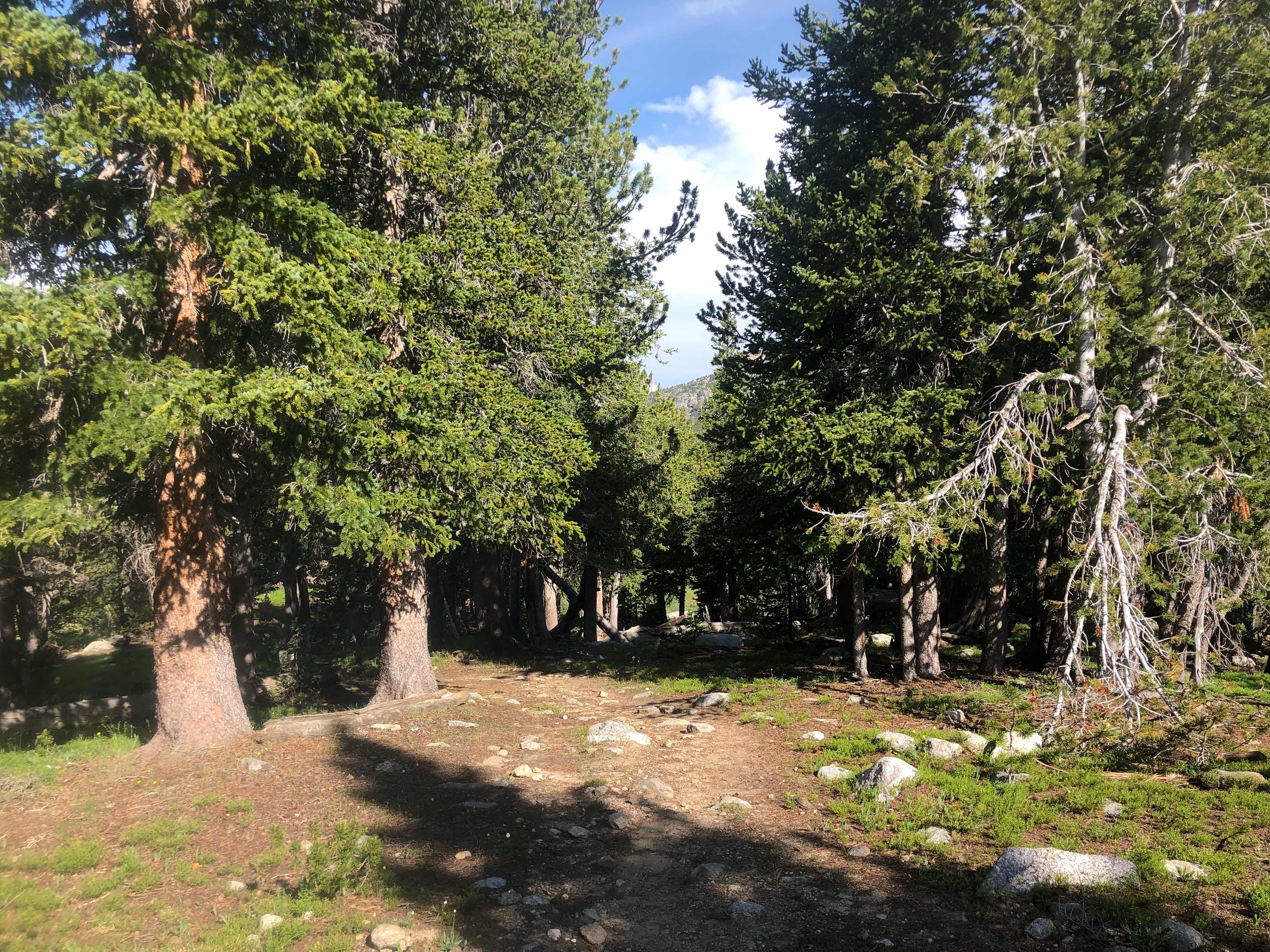 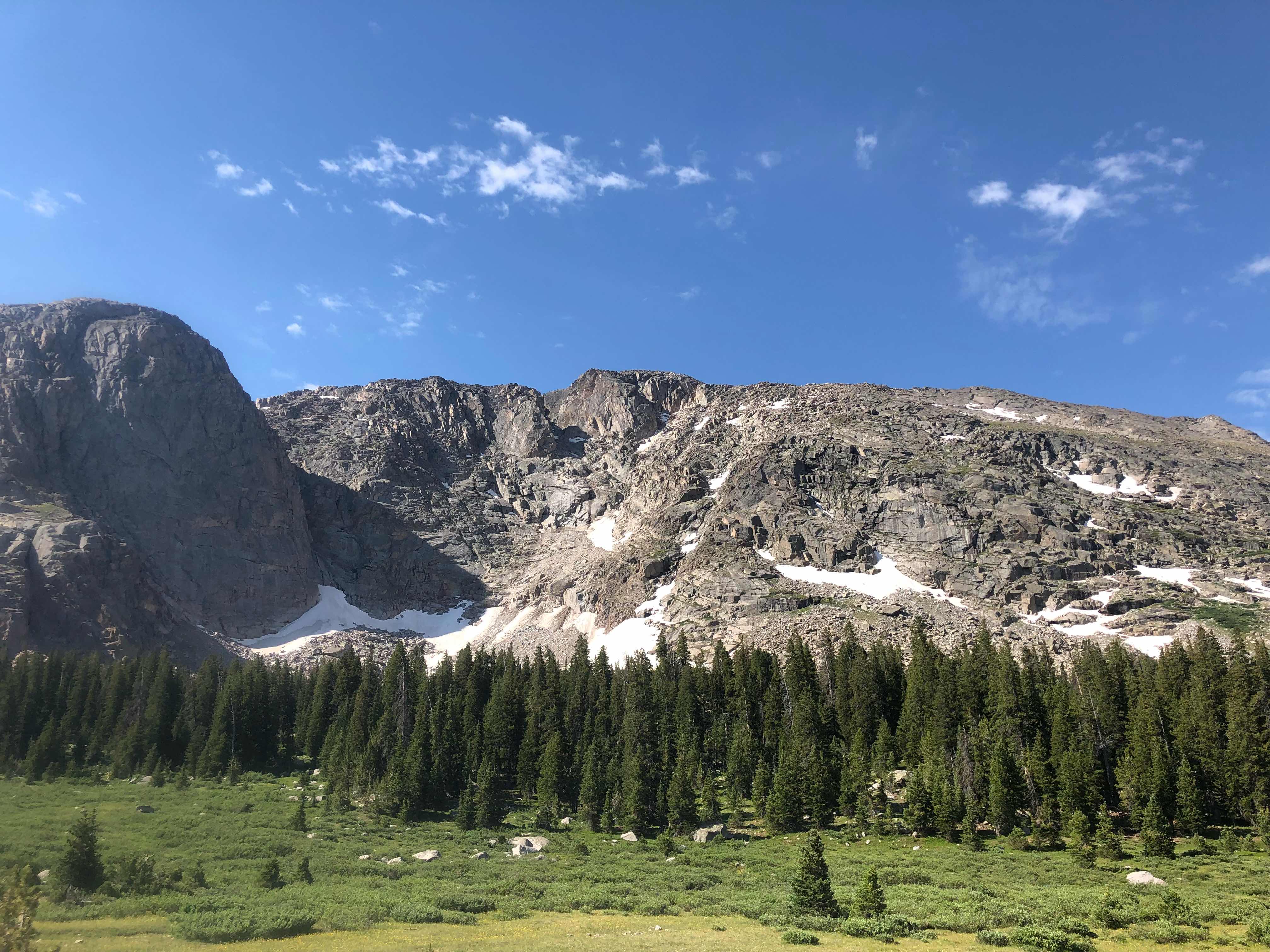 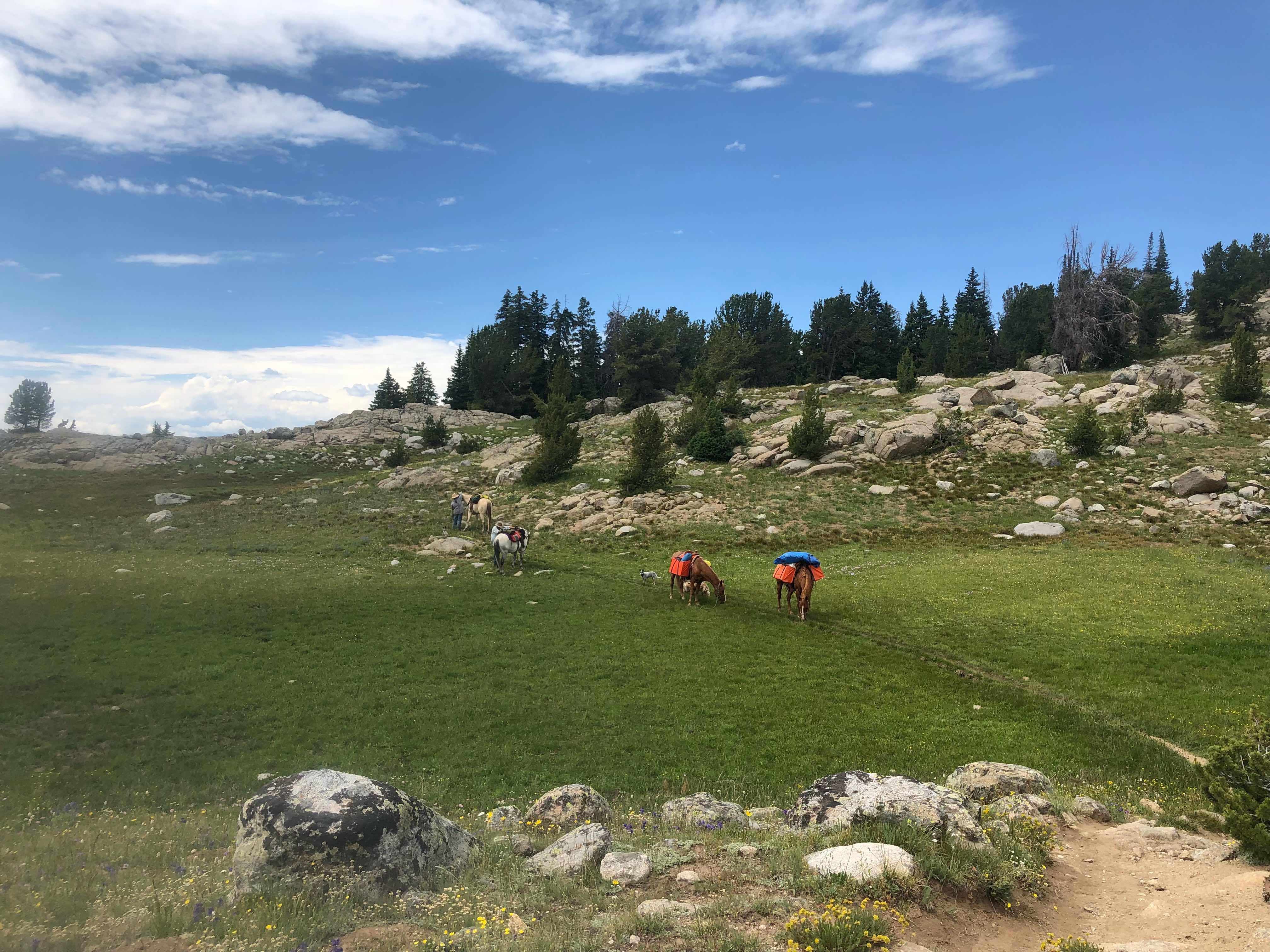 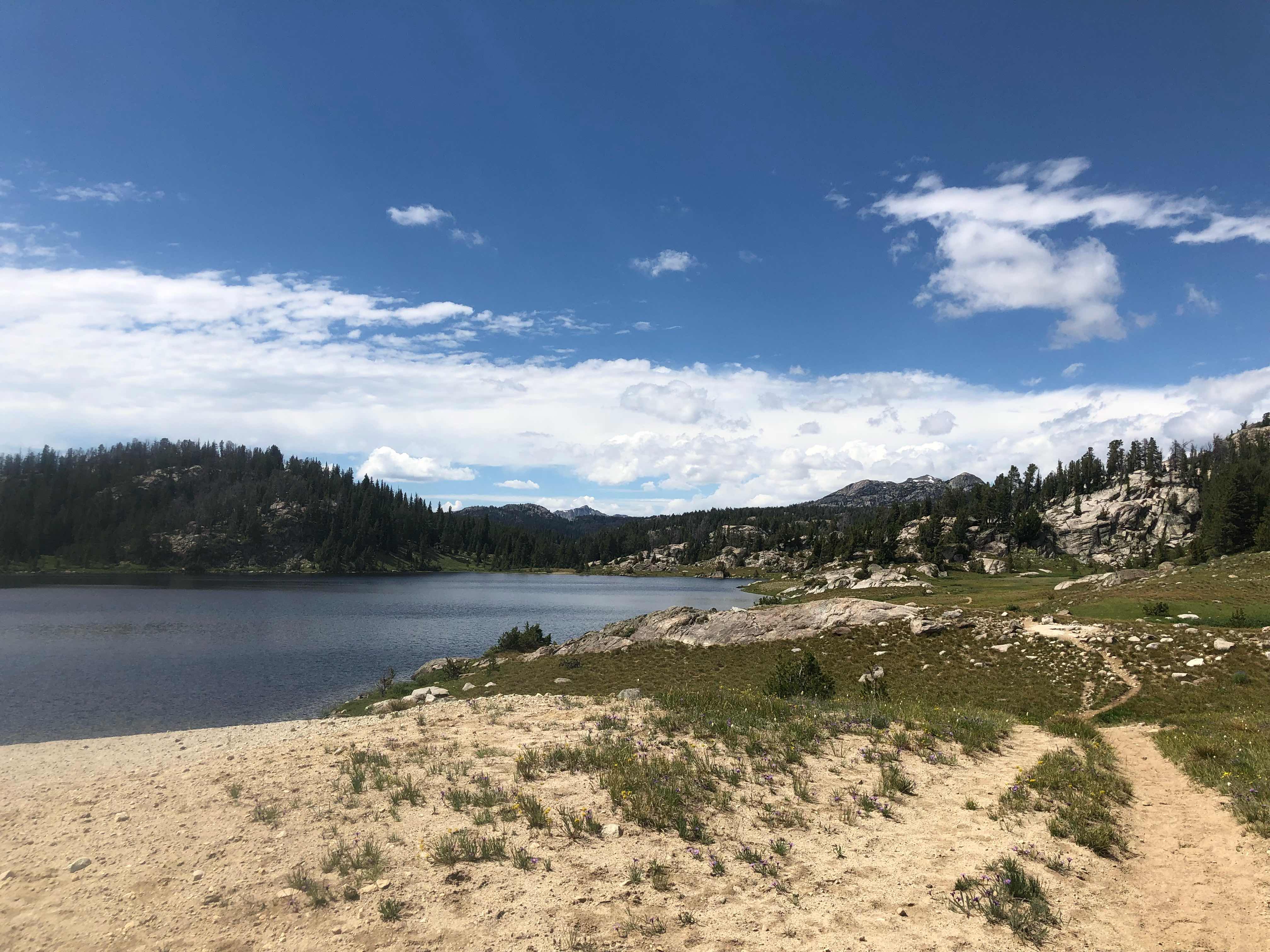 Tons of lakes today, this one even had a beach 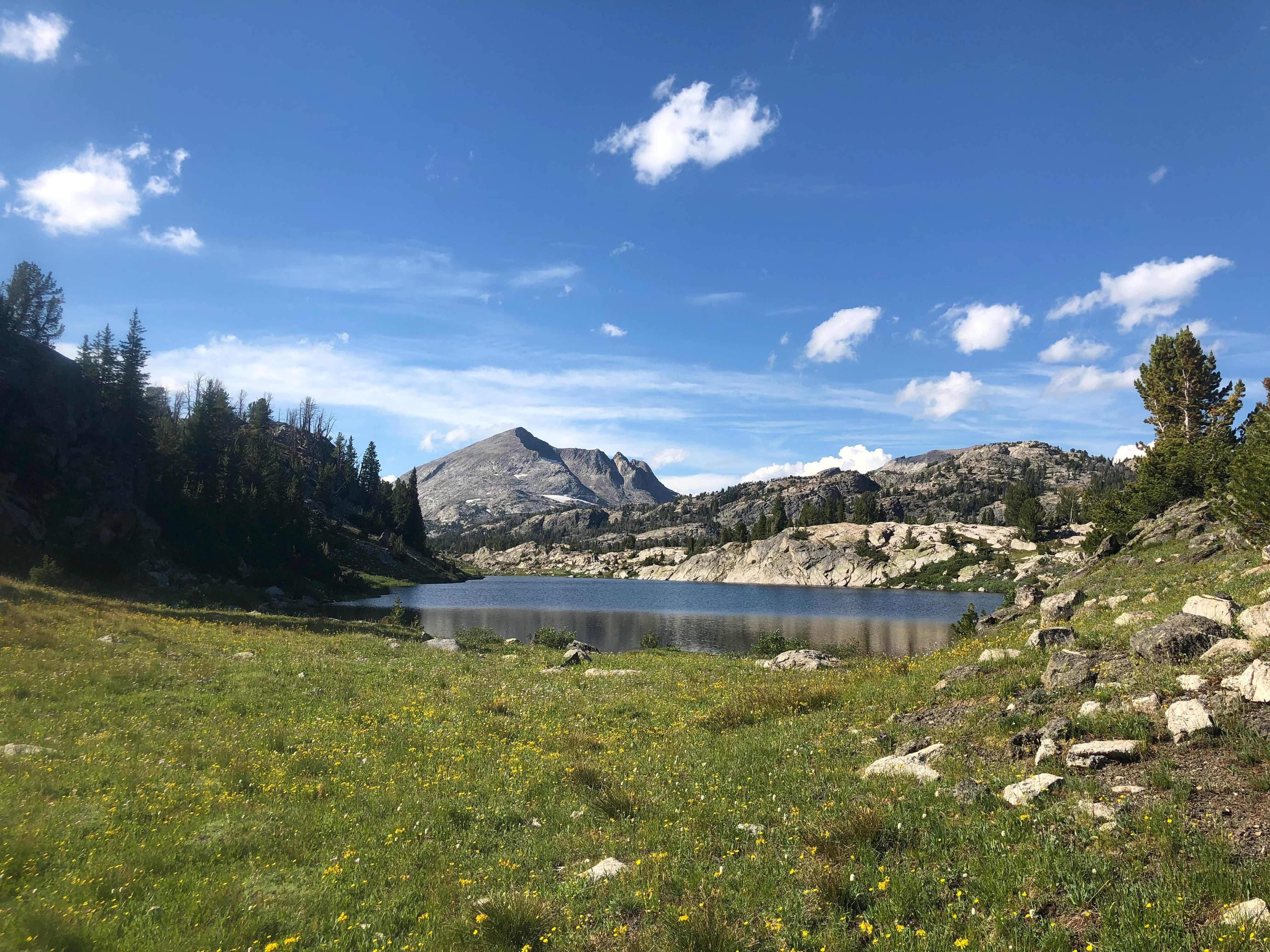