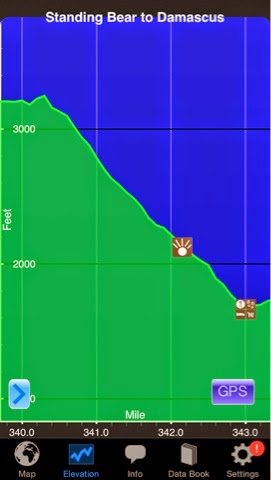 I finally had my first true Nero day, it was practically a zero. I was thrilled to get into town a little before 9 am. I spent the night hunkered down as a major thunderstorm passed over. It was my first real night of really bad weather. I was more than a little concerned as lightning lit up the sky and thunder cracked overhead. We even endured a little bit of hail. I'm pleased to report I stayed dry and survived the night. 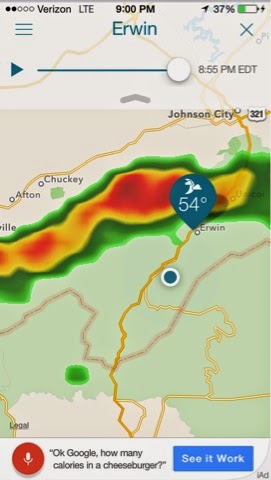 Picture of the radar from last night
I was up and out of camp by 7:30, more bad weather was reported and I wanted to get ahead of it. The hike into Erwin looked to be straight downhill, but was actually a gentle grade. As soon as I got to town I found, Uncle Johnny's hostel, right off of the trail. I stopped in to say hello to some friends staying there. I had planned in hitching into town to find a hotel, Erwin is pretty spread out. I had read that the people here in town are very nice about giving rides. I was talking to a section hiker named, Beans, and told him of my plan to hitch a ride. He suggested that I use the free shuttle at the hostel. I agreed that would be better. Once the shuttle arrived I was informed I would have to pay $5 for a ride to town since I wasn't staying at the hostel. I didn't want to spend money for a shuttle when I could probably get a ride for free. As I walked away, Beans called out to me. I walked back over and he insisted I take the shuttle. He didn't feel comfortable with me hitching and wanted to pay for my shuttle. I can't believe how nice people can be. After bartending for so long I had lost my faith in humanity. This trip is showing me the kindness and generosity I forgot existed in today's world. Thanks, Beans!!!
The shuttle dropped me off at a Super 8 Motel. It is more than adequate. The shower was the best I've had since I left home. After getting cleaned up I met up with Gadget Man and Stripes for breakfast. We walked .25 miles to a Huddle House, where I consumed a huge quantity of food. My hiker hunger has definitely kicked in. After breakfast I went and did my laundry and food resupply. It was about a 1.5 mile walk. As I was leaving the grocery store I saw some Shriners collecting donations. I decided to pay my good luck forward and give them a few dollars. I commented on not wanting to walk all the way back to the hotel with all of my bags and laundry. As I stood outside hoping to hitchhike one of the Shriners came out and offered me a ride. Steven was very chatty about the town and gave me suggestions for dining and shopping. He even have me some more food. Thanks for the lift, Steven.
Once back at the hotel I met up with HVAC and Lorax. They were staying in the room next to mine. I knew they were a little behind me, but I was pleasantly surprised to see they had made it into town the same time as me.
I got back to my room and began the process of the packing my food and cleaning up my gear. After making calls to friends and family my day was rapidly disappearing. Steven told me about a restaurant called, Hawgs n Dawgs, that was top rated on Trip Advisor. It was only 1 mile away so I decided to check it out. The food was amazing, probably the best pulled pork sandwich I've ever had. The staff was amazingly friendly. It was unbelievable, I'm glad I decided to go. If you're ever within driving distance to Erwin, you have to stop by. 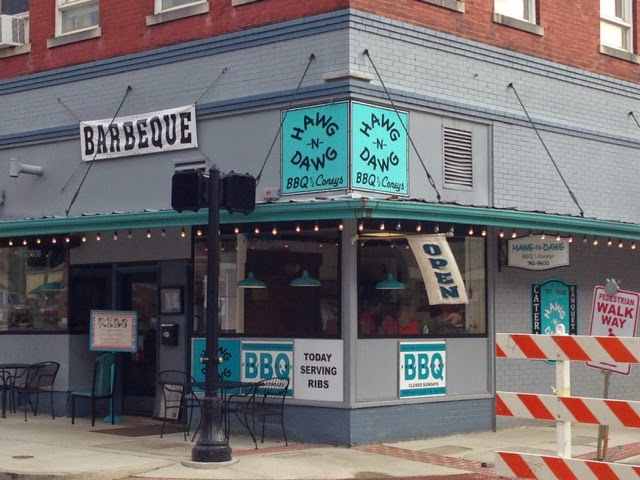 Hawg-n-Dawg
I was hoping to get a ride back to the hotel, but I ate so much food I decided I should probably walk. I was stuffed, but it was so good, I ordered more togo for later. On my way back to the hotel I passed the local movie theatre. People were lined up to see the new Avengers movie. I was tempted to see it, but I still had to much to get done at the hotel. 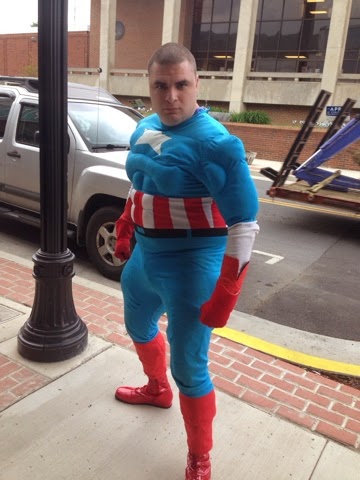 This guy is super pumped for the movie
I stopped by HVAC and Lorax's room on my way in. We chatted and joked around for a few hours. I'm not sure when our paths will cross again. They are taking a zero day tomorrow, then they are moving their car a few hundred miles north to Damascus, VA. They will then shuttle back to Erwin to start where they left off. This will put them way behind me, but I know somewhere down the road we will meet again.
I'm always amazed by how fast these town days go by. There just isn't enough time in the day to get everything done. It's almost 11 pm and I still have 2-3 hrs of stuff to do(well 2 hours of Game of Thrones to watch). I'm looking forward to the next leg of this adventure. I'm not too far away from Virginia. I'm excited to cross into another state. Virginia comprises over one quarter of the AT(550 miles).
I plan on taking it easy tomorrow. By now I've realized its impossible to do a big mile day coming out of town fully reloaded. I'll be happy to do 10-14 miles tomorrow. I'm not sure what time I'll make it back to the trail. There is a rumor of a free shuttle at 9:15, if not I'll try my luck hitching. 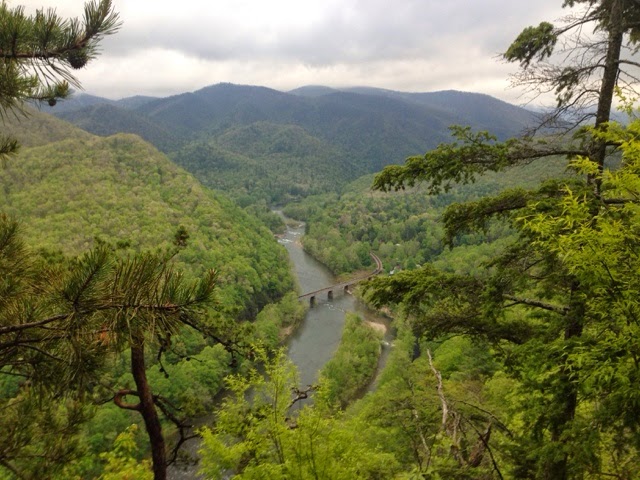 View of the Nolichucky River coming into town 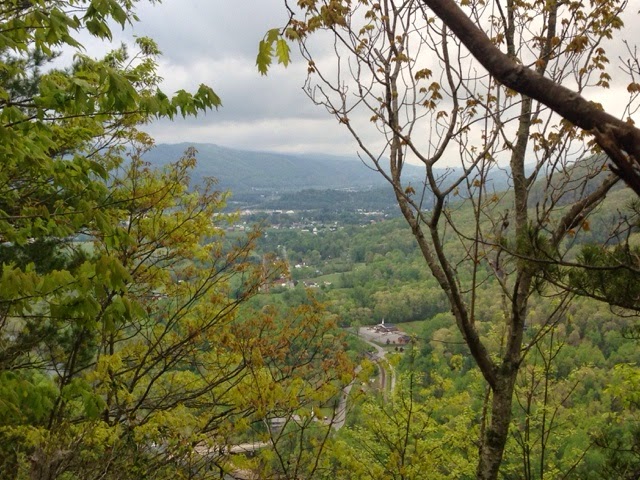 View of Erwin coming into town 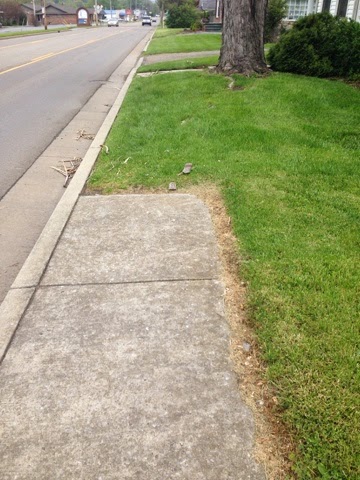 Where the Sidewalk Ends
“Our fate lives within us. You only have to be brave enough to see it" -Brave
Posted by Yoda at 7:57 PM