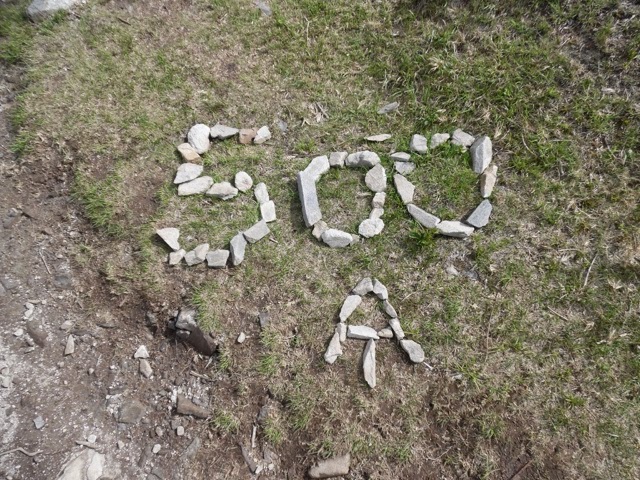 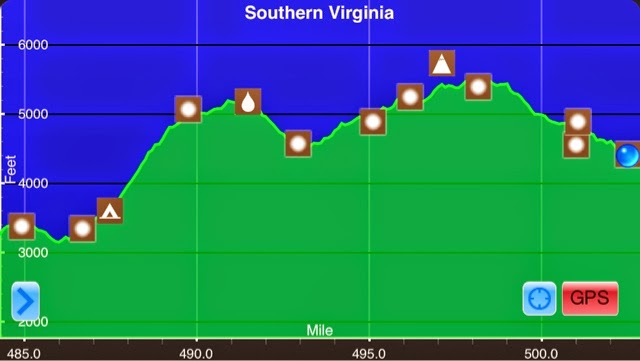 Last night I made a rookie mistake. I have gotten so used to the nice weather that I didn't think it would rain over night. I had all of my wet clothes hung from my tarp to dry. Around midnight it started raining again. As a result I had soaking wet clothes to put on this morning, not very much fun, but at least it wasn't freezing out. Airlock was up at 5:30, which meant that I was up at 5:30. It was still too dark out to get anything done, so I layed in my hammock until 6 before I finally got up. I ate one of Mrs. Cherokee's brownies that I had packed in while, I drank my coffee. It takes forever to pack up when everything is wet. I left camp just after, Airlock, around 7:20. As I was leaving Cherokee asked me if I was sure I was going the right way. I looked at the sign before the shelter to confirm I was going NOBO and not south. I was definitely going the right way.
I really enjoy hiking in the early morning. The birds are singing and it's been really pleasant out. This morning was very cloudy and misty, it reminded me of hiking in the Smokies, but without the torrential rain. After the first few miles I crossed onto a farmers property. There were cows everywhere. One was just chilling right on the trail. I had to shoo her out of my way, she's wasn't too happy about it and let out a loud Moo. 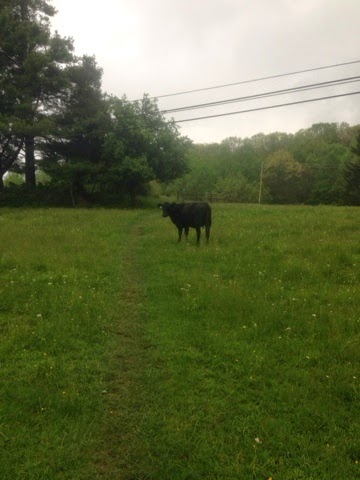 Unhappy Cow
The next part of my hike took me to Buzzard Rock. It was a long climb uphill, but the view is supposed to be spectacular. 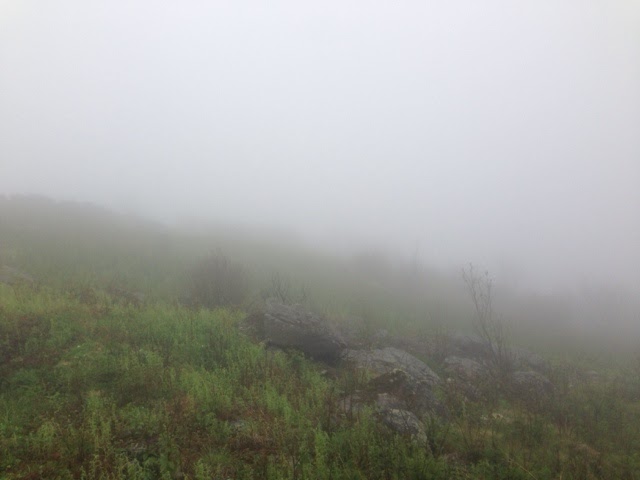 This is what I saw 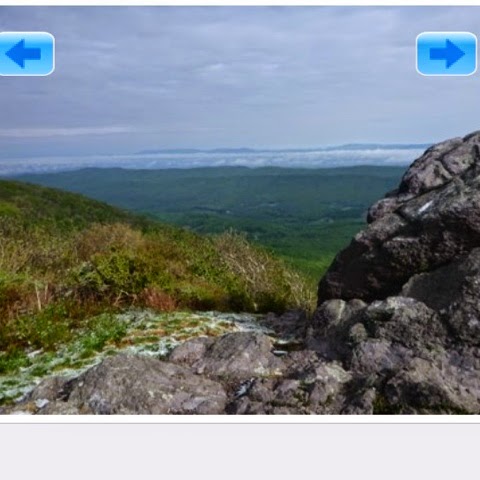 What I should have seen. Definitely reminiscent of GSMNP
I took a short break at the top even though I didn't have a view. Sometimes it's just nice to sit down and take my pack off. I didn't relax for too long though, I was meeting Airlock for lunch at the next road crossing a few miles away. On my way to meet her the weather began to clear and it looked like it was going to be a nice day. It's been so hot lately, but with the high winds today was nice.
I arrived at our chosen lunch destination and expected to see Airlock waiting for me, but she was already gone. I decided to have lunch there anyway. My feet were soaked and I wanted to take off my wet socks for a little while. From there I only had 5 more miles to hike before I entered the Grayson Highlands. I ate a quick lunch and was back on the trail soon after.
Once I crossed the road it was another uphill climb to the highlands, but first there were more cows. 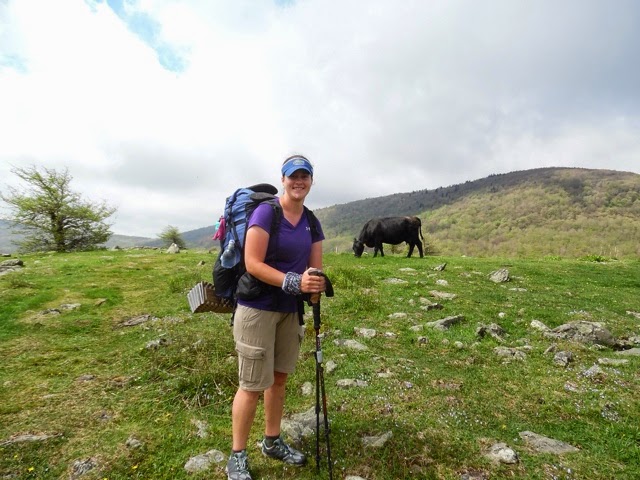 A SoBo section hiker named Smiley took my picture
The climb into Grayson Highland State Park(GHSP) included a climb up Mt. Rogers, the highest peak in Virginia. As usual with the AT, we didn't get to summit it. To get to the summit it was a .7 mile side trail (no thank you). Just before entering GHSP there was a shelter, I figured since I missed lunch with Airlock she would be waiting there, but she wasn't. There were a bunch of other thru's and section/day hikers there, but no Airlock. Now I was confused, she hadn't signed the shelter journal and nobody remembered seeing her. I decided to wait there so Cherokee could catch up, but after an hour and a half I left. I did get a chance to dry my feet, socks, and shoes though, so it wasn't a complete waste of time. I have been really excited about the highlands and ponies and the walk in did not disappoint. 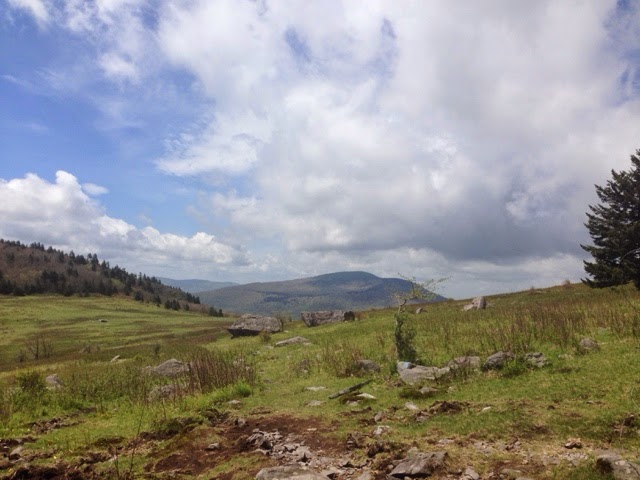 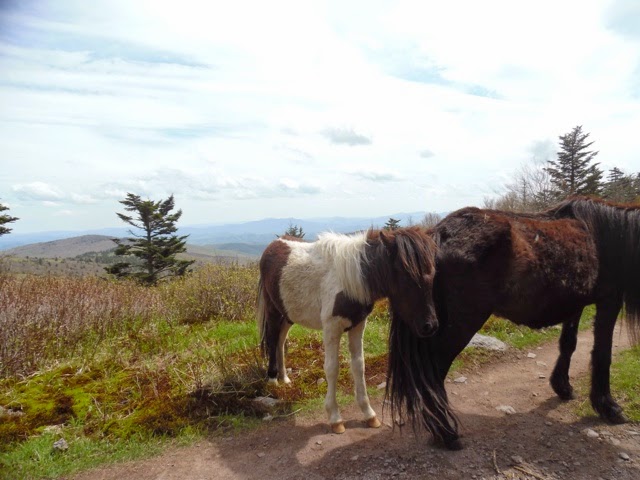 Ponies right away. I named them Riley and Kallie after my nieces. They were really cute, they followed each other around. 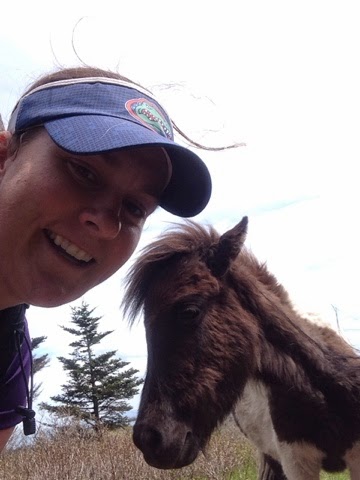 Kallie and I
The highlands were very beautiful, views in every direction and the ponies did not disappoint. What nobody talks about though is the rocky torturous terrain. After a mile of walking it my feet were shredded. 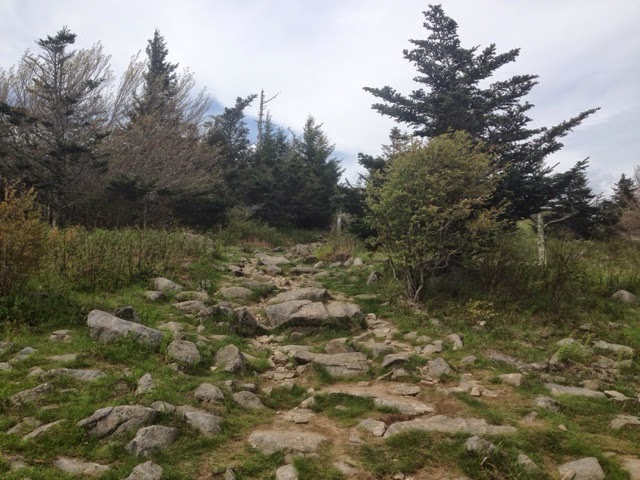 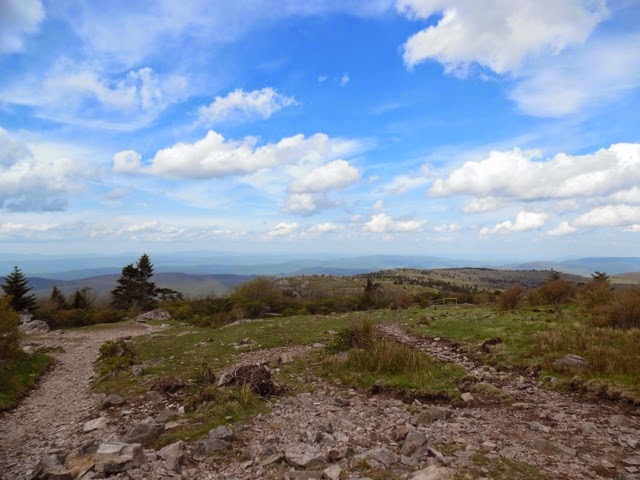 Totally worth the pain 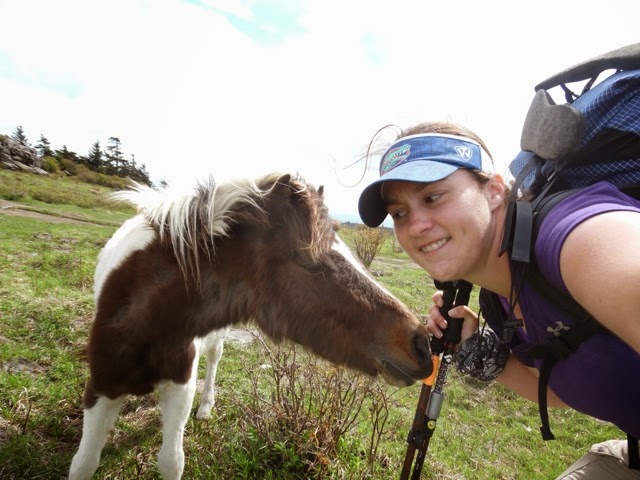 I named this one Parker after my other niece 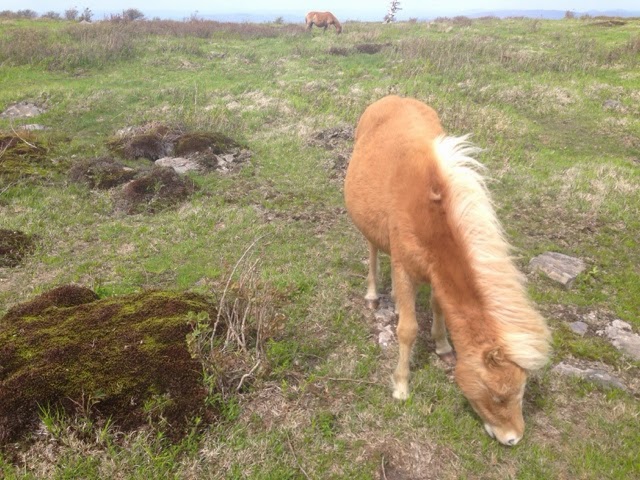 I have one more niece, so meet Amber the pony 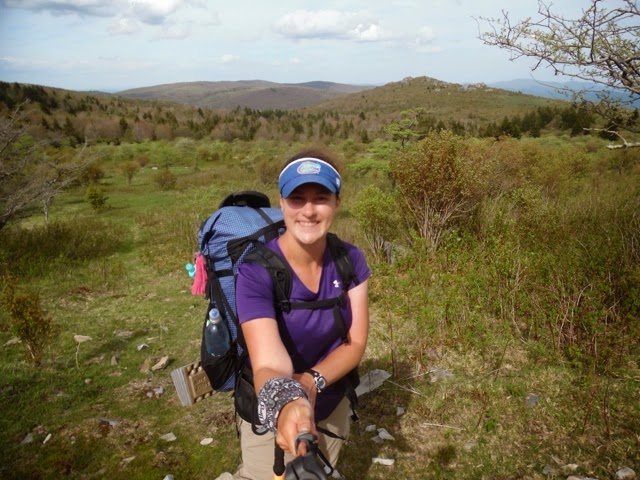 Taken with my StickPic as I exited the park
GHSP has tons of hiking trails, but the AT only runs through for a few miles. I was in and out before I knew it. I had one more thing to look forward to before I made camp for the night: 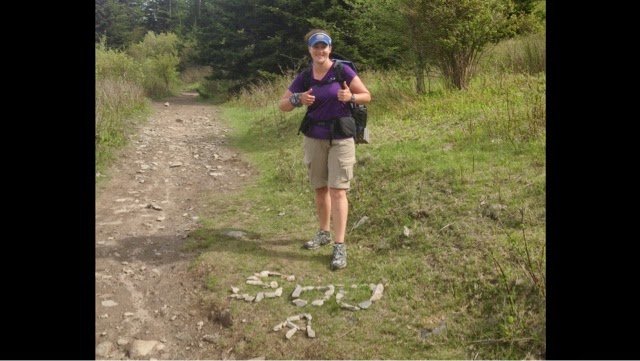 500 mile marker
I've now completed almost 1/4 of the trail!!! I think this was my favorite mile marker yet. Whoever made this one did a great job.
I only had a few more miles to go before I hit our planned destination, Wise Shelter. I filtered water on my way into camp and arrived before 6:00. The only problem was, no Airlock or Cherokee. I took my time in Grayson, so Airlock should have been there by now. I hung around the shelter for 30 minutes and was just getting ready to set up my hammock when I finally caught a glimpse of her strolling into camp. I had a sneaking suspension of what had held her up. It didn't take long before she confirmed it, she had gone southbound leaving camp this morning. Cherokee asked me if I was going the right way because he thought she had gone the opposite direction. I thought I had a long day, but she had hiked an extra 2 miles. I'm pretty sure it was her longest day yet, so Congratulations, Airlock, on your longest mileage day to date lol. Cherokee also got turned around at some point today, so that's what held him up.
Today is the last day we will hike with Cherokee. His section hike has come to an end. I'm sure Mrs. Cherokee will be happy to have him home again. I hear his honey do list has gotten pretty long. We will see him again on Friday, since he's picking us up on the trail to go back to his house. We will shower and do laundry there, then hit the trail again on Saturday.
Cell reception has been pretty bad the last few days. Hopefully it will improve tomorrow so I can get the last few blogs posted.
Also I fixed the comments section below. You no longer need a gmail account to comment. If you don't have gmail your post will some up as anonymous, so make sure you sign your name. Thanks again for taking the time to follow me as I have the adventure of a lifetime.
He conquers who endures.
Persius
Posted by Yoda at 6:41 AM