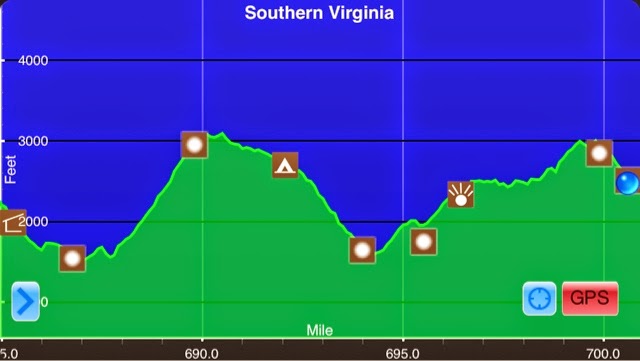 Today was action packed and I'll try to fit it all in. The weather was much warmer last night and I got a great nights sleep. I was up around 6:00 and out of camp by 7:30. It took a little longer than usual because I had to fetch water and filter it. Today was another dry stretch of trail. I miss the easy water of GA and NC. The first few miles of trail flew by. I hiked with Dr. Pickles and he keeps a pretty good pace going. The next few miles were brutal. It was a very extended climb with very steep sections. The rumor on the trail was there would be trail magic at the top of the climb, but I did not want to get my hopes up. As Airlock and I finally got to the top we were excited to see a nice bench to sit on. There were also miniature American flags in the ground. We started to take our packs off to sit down, when two guys approached from a forest service road. They quickly explained that they were doing trail magic down the road and were carrying ice cold sodas. We thanked them profusely, grabbed a soda, and headed towards the magic. They told us they were only keeping it open until 10:00, but heard there were still a lot of people at the last shelter. They went back to a store and bought extra food for us all. They had ice chests full of soda and beer, hotdogs, hamburgers, chips, donuts, cookies, rice crispy treats, and a whole bunch of other goodies. It was the best hiker feed that I've hit so far. Thanks, John and Briarpatch. I felt like I was at a BBQ with my friends back home. 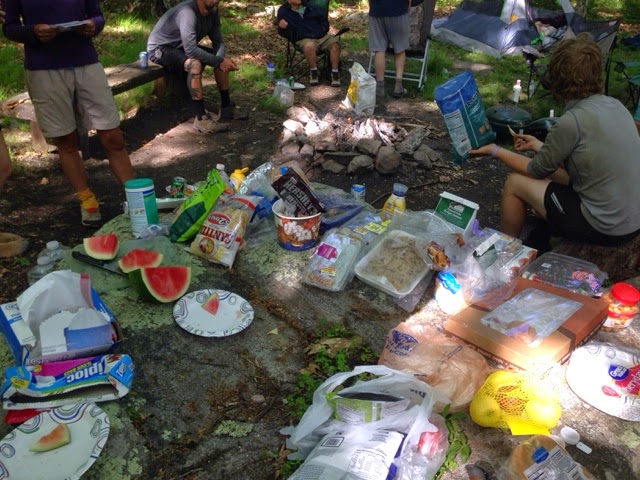 All kinds of treats 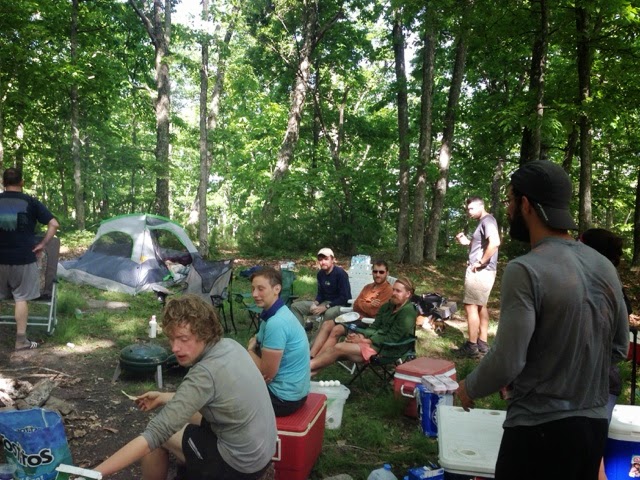 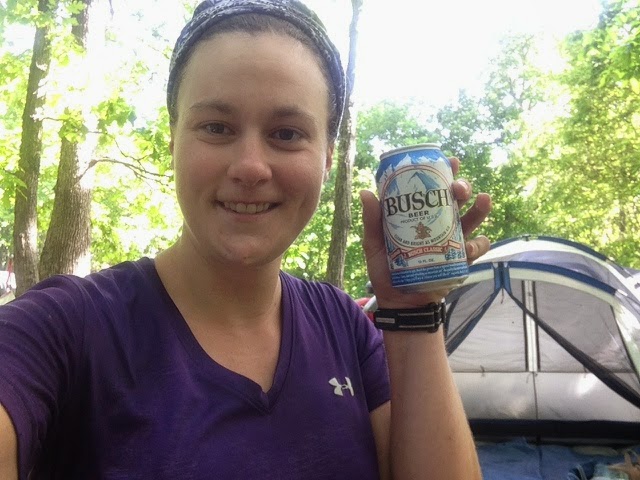 Beer at 9:30 am
I ate a ton of food. I had a Dr. Pepper, beer, hotdog, chips, four donuts, cookies, a rice crispy treat, and a slice of watermelon. Unfortunately, we couldn't stay all day we had miles to make.
Right down the trail was the Audie Murphy memorial. Murphy was the most decorated veteran of WWII. You should  google him for more info. A true American hero. We paid our respects and checked out the overlook next to his memorial and then hit the trail. I was thankful that we were able to see it on Memorial Day. Thank you to all of the Men and Women of the armed forces who paid the ultimate price, to provide us all with the liberties we enjoy so much today 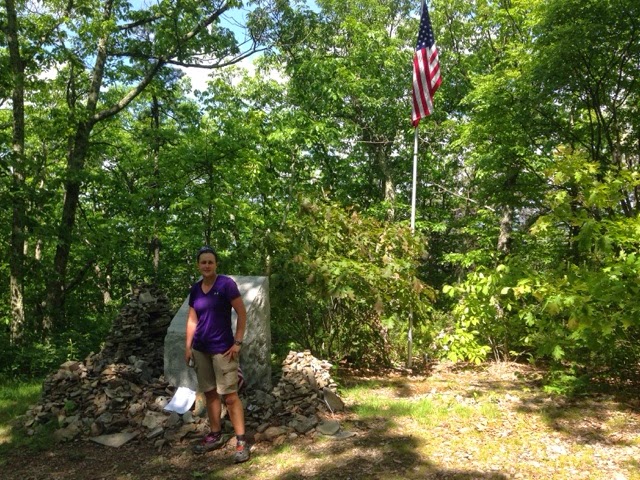 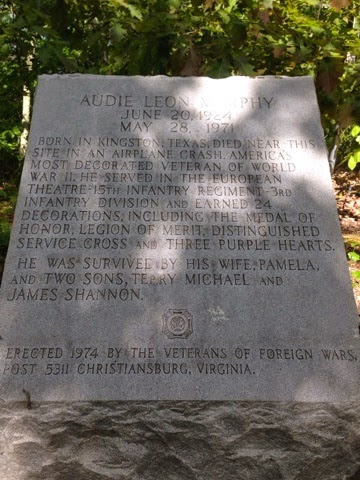 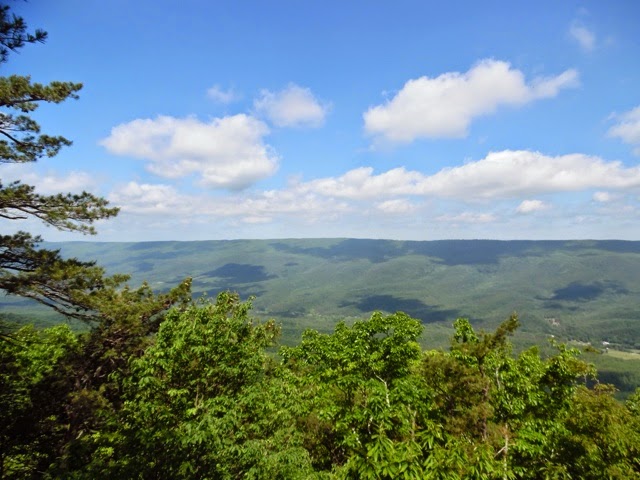 Overlook from the memorial
The next several miles were very technical, but very fun. I like climbing and scrambling over rocks to get to an amazing location. If it was easy, everyone would do it. 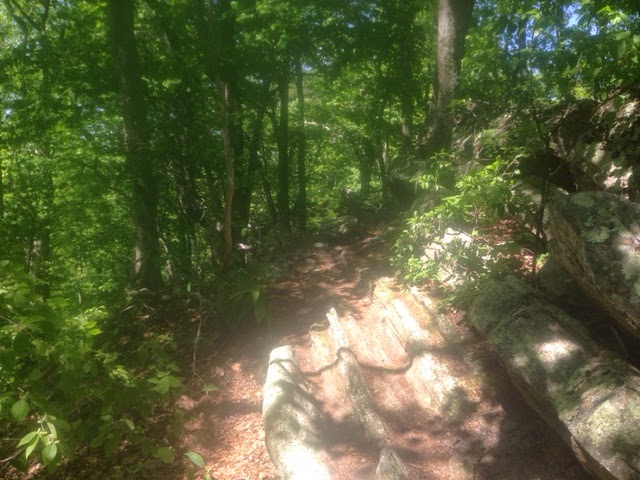 Rock Scramble
After the rock scramble I came to a cliff overhang with more views. 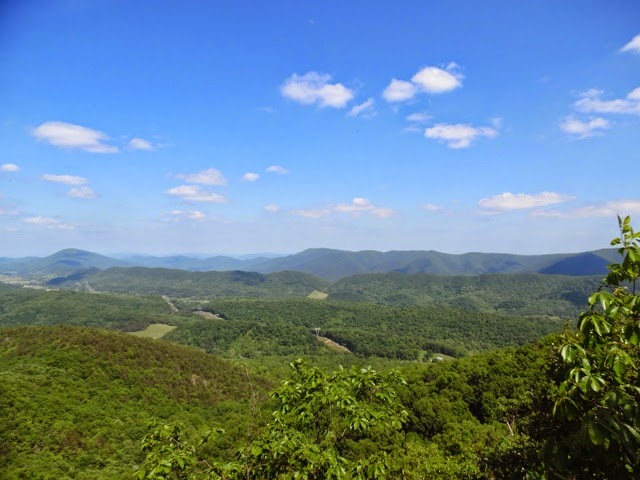 It just never gets old
The we finally came to Dragon's Tooth, a stone monolith that sticks out over the forest. I climbed up as high as I dared, which was just short of the top point. 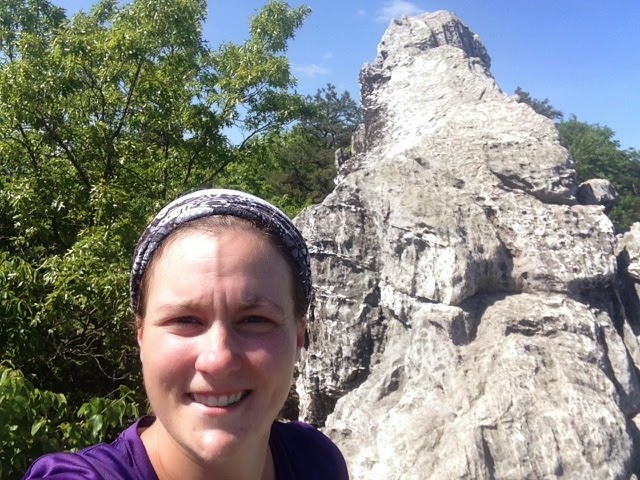 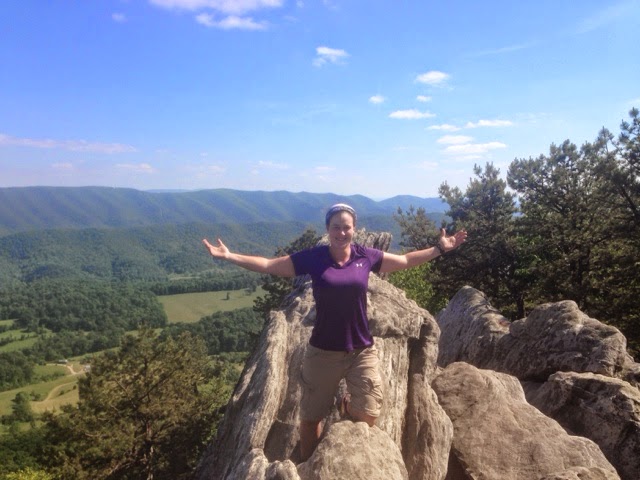 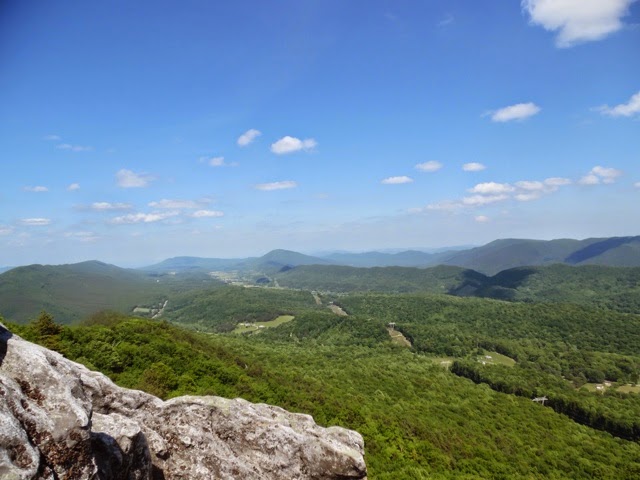 View from Dragon's Tooth
After this we had a treacherous downhill climb. I had to put my hiking sticks away and crawl, jump, and slide down. It took over an hour to go .7 miles, but overall it was fun. We also crossed mile 700 at the end of the day, just under one third of the trail completed!!!! I am still having a blast and getting the experience of a lifetime. 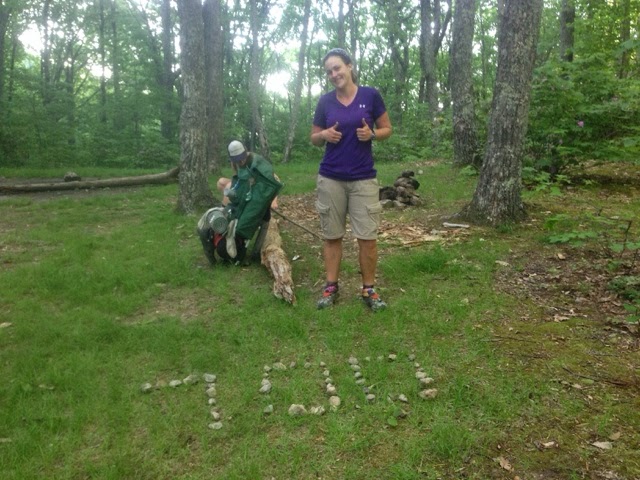 700 Miles!!!
Tomorrow is the day I've been really looking forward to, McAfee Knob and Tinker Cliffs. I can't believe how far I've come already. Sometimes it seems so surreal.
"The battle of life is, in most cases, fought uphill; and to win it without a struggle were perhaps to win it without honor. If there were no difficulties there would be no success; if there were nothing to struggle for, there would be nothing to be achieved." -Samuel Smiles
Posted by Yoda at 7:32 PM