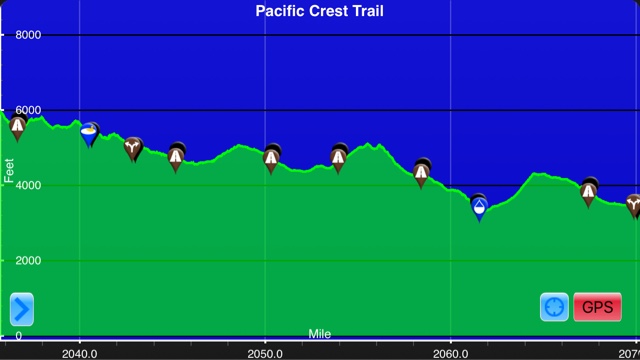 Total up/down: +3,403/-5,564 feet
I was able to sleep in a little bit this morning. When I woke up at five-thirty it was still raining. I immediately decided to go back to sleep. When I woke up again at six-thirty the rain had stopped. I love it when a plan comes together. My plan for the day was to hike six miles to make it to the Olallie Lake resort. Due to my low milage days since leaving Big Lake Youth Camp, I'm running a little low on snack food. Olallie Lake has a little camp store where I can pick up a few things to hold me over. It was really overcast this morning, but at least it wasn't raining. 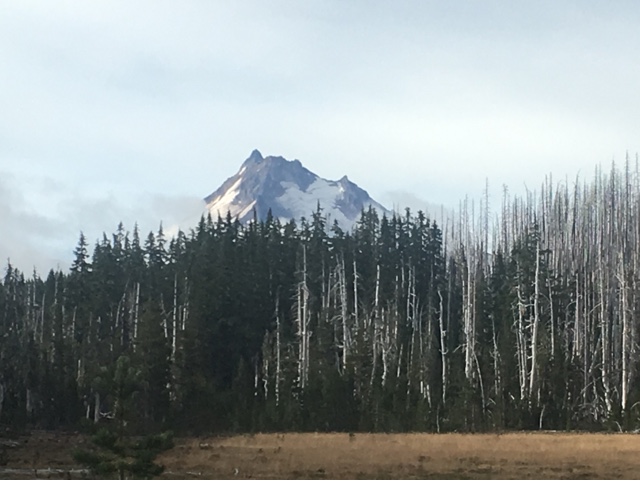 Jefferson rising above the clouds
I had only planned on a quick pit stop to the store, but I ended up staying for almost an hour. I got caught up talking with several locals who wanted to hear about my travels. I'm always happy to stop and answer questions. 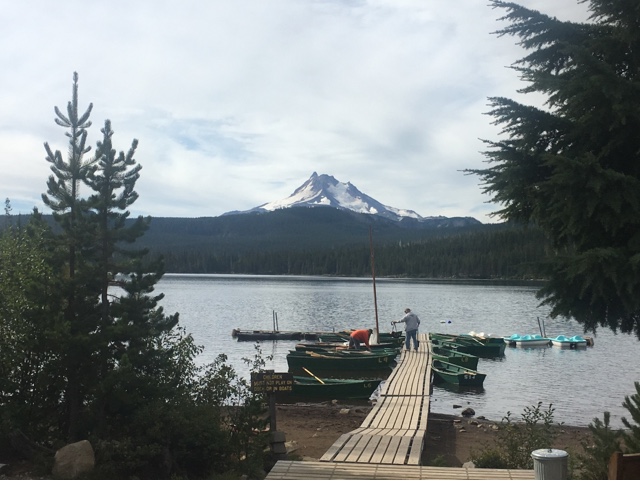 Olallie Lake
I spent the next twenty-seven miles hiking through some of the easiest terrain I've ever hiked through. There weren't very many views and I cruised through the miles. I kept up a 3.5 mph pace for most of the day. That is absolutely unheard of for me. It was cool enough out that I made it the entire day without having to stop to filter water. 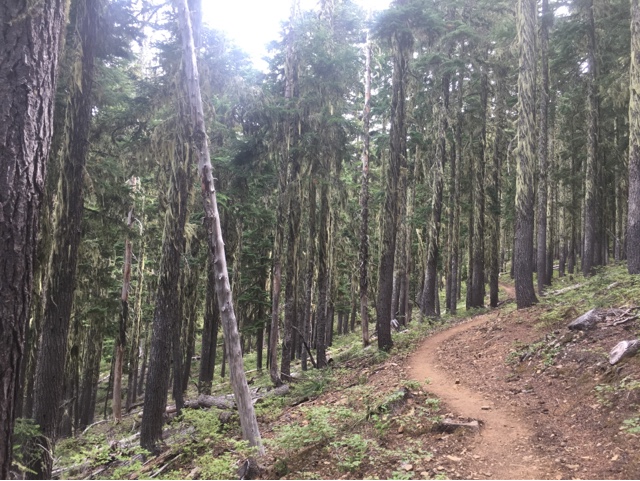 Pine tree highway
I hardly saw anyone else all day. I felt like I had the trail to myself. The most notable thing I saw was a guy sitting in a lawn chair reading a book and holding a shotglass of whiskey in his hand. He wouldn't let me take his picture though. I told him he was doing it the right way and maybe I should reevaluate my priorities. He was a forestry official who had just finished his shift. I guess there was a side trail that led to his cabin which was close by.
I made it to camp just before dark. I stayed at a horse camp located just off of the pct. They had trash cans, privies, potable water, and picnic benches. Once again I was in heaven. The rain held off until I finished cooking and eating dinner. Once again I lucked out. 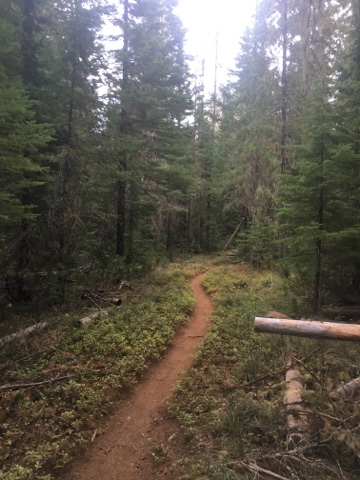 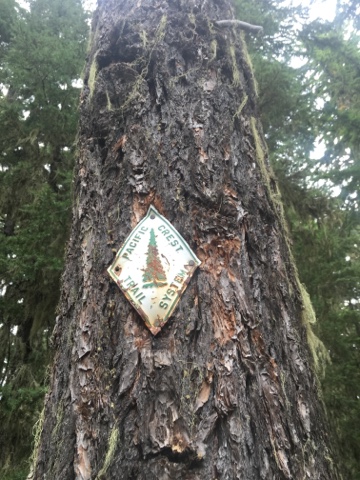 Original trail marker, these are very rare
"Where I'm from, we believe in all sorts of things that aren't true... we call it history."
-Gregory Maguire, Wicked: The Life and Times of the Wicked Witch of the West
Posted by Yoda at 1:37 PM