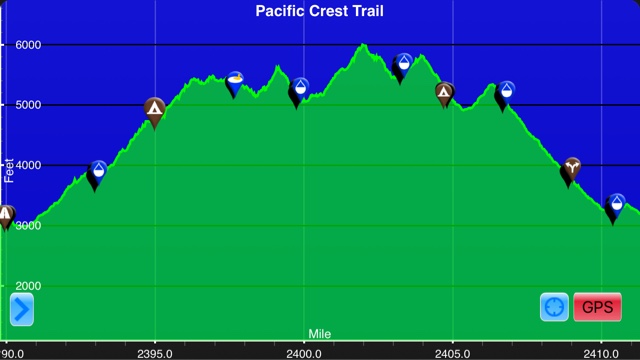 Total up/down: +6,314/-6,135 feet
Usually after I take a zero it is hard to get back out on the trail. A lot of the time I'm sluggish and making miles is difficult. I'm happy to report that that wasn't the case today. I was so excited that the weather had improved. I made it back to the trail at a decent time. I decided to skip going out for breakfast. I had already spent way too much money on town food. I ate a Gatorade bar and headed out. I was back on trail by 8:45. The trail was a little muddy, but it was better than I had expected it to be. I had only gone a mile when I saw a sign warning pct hikers that there would be blasting happening on the pct. I'm not sure why anyone would be blasting along the trail. I associate that with avalanche control. I guess it will remain a mystery. I never saw or heard anything. 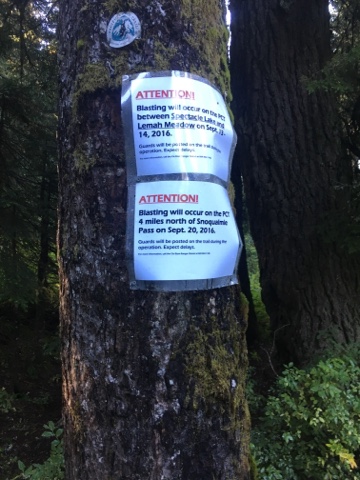 Warning
Shortly after beginning my hike today I entered into Alpine Lakes Wilderness. This section of trail is breathtaking. I hiked past alpine lakes, cascading streams, and granite peaks. 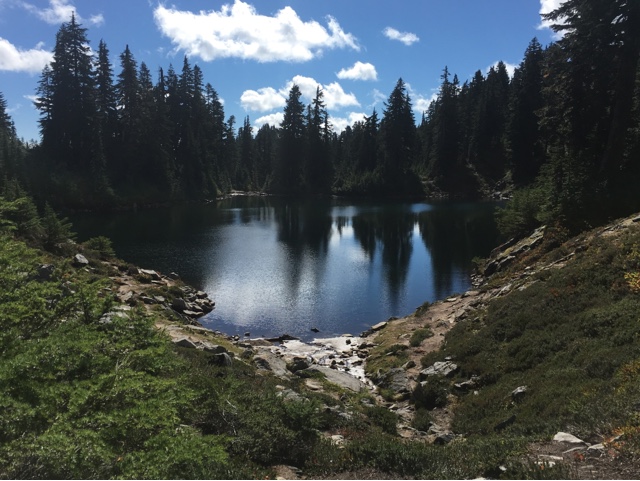 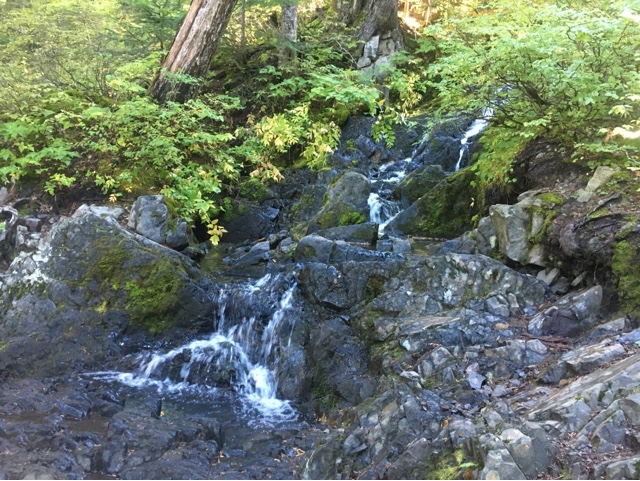 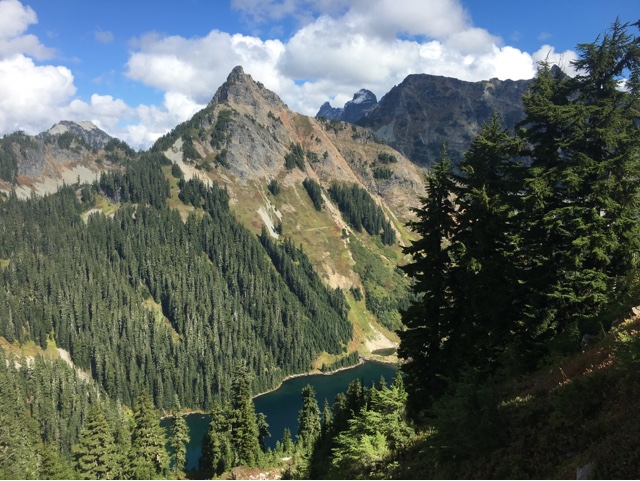 Granite peak
After hiking eight miles and gaining over four thousand feet of elevation I made it to the 2,400 mile marker. I took a nice long break and savored the achievement. I was getting pretty cold and there wasn't a lot I could do to improve the marker. I took a picture to mark the occasion and then headed out. A few weeks ago I met two guys that had names made up for all of the miles that they hiked. For example, a nine mile day they called a kitty cat day. Eight miles they referred to as an eight ball. I thought the most creative was their name for hiking twenty four miles. They called it a Jack Bauer after the television show, 24. I was a big fan of that show. 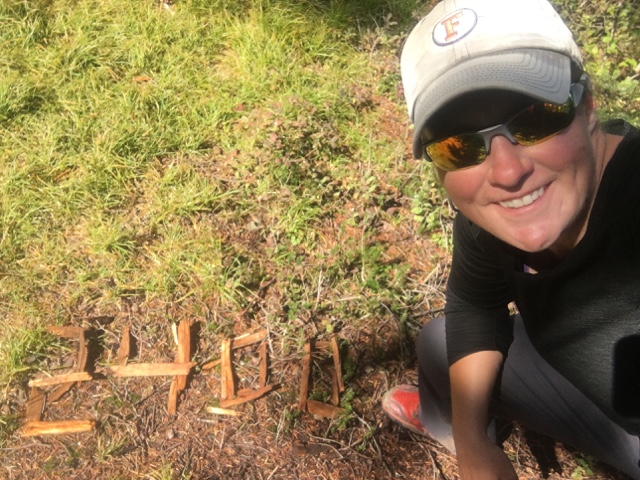 Only 250.1 to go
I was hoping to hike at least twenty miles today so I didn't really linger during my breaks. I ate quickly and processed water before moving along. This next one hundred miles of trail is supposedly some of the most difficult. I'm trying to take advantage of the nonrainy moments. Even though I was hurrying along the trail I still took the time to appreciate my surroundings. Whenever I was at a lower elevation I was amazed by how green everything was. It was so different from how I started this trip. At the higher elevations everything is so multicolored. Autumn is really upon me, especially above 4,500 feet. 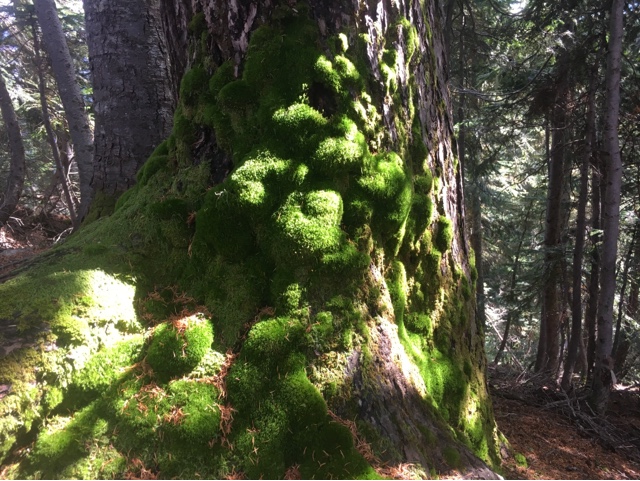 Neon green moss
I hiked a long ridgeline with what I'm guessing is one of my last clear views of Mount Rainier. After cresting the ridge I had views clear into Canada. I could even see fresh snow on the mountaintops   from the recent storms. 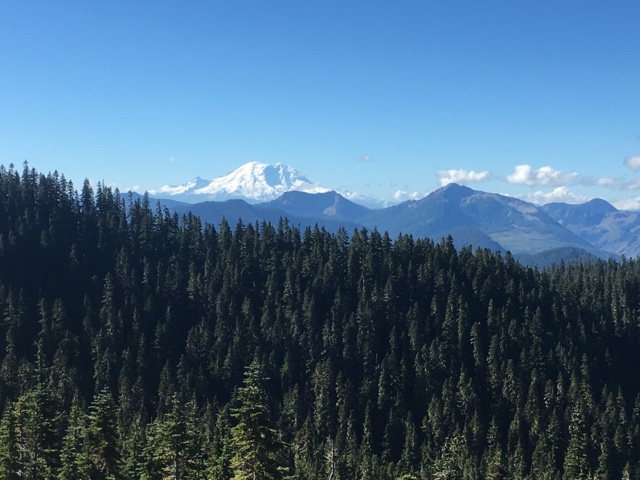 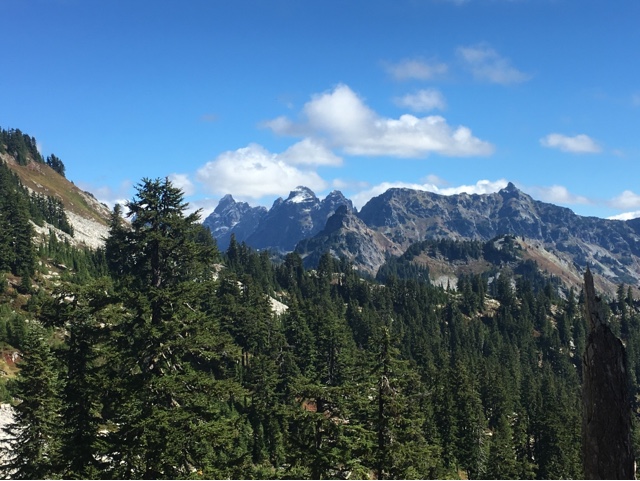 Fresh snow
I only had six miles left to my day when I was dramatically slowed down. I had to cross several large talus fields. With the recent rain all of the rocks were slick as snot. I didn't want to chance rolling an ankle or falling down. I gingerly picked my way across the rocks. Since I was going to slow I was being ninja quiet. I saw movement to my right and caught a glimpse of what I thought was a marmot. I stayed very still and the animal came out of its hiding spot. It wasn't a marmot, it was a beaver! I waited so long to see one on the AT and never got a clear picture. The little guy today sat very still while I photographed him. 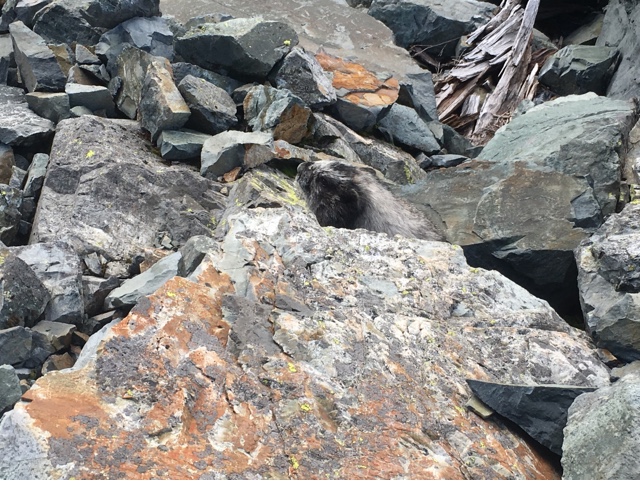 He blends in with the rocks 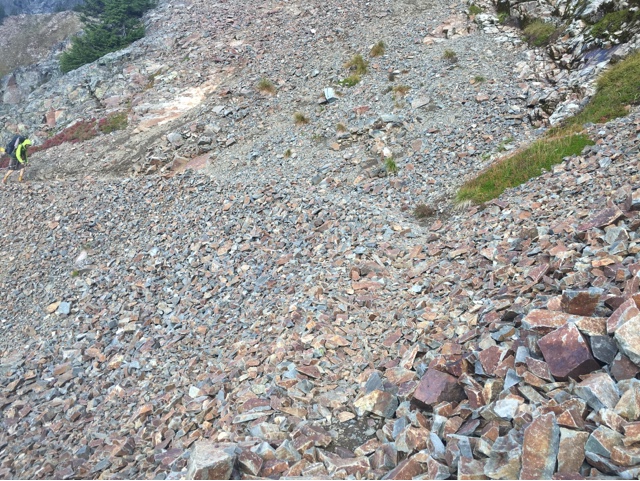 Lots of talus fields today
Once I left the rocks behind I reentered the forest. I flushed an elk out of hiding almost immediately. Hunting must not be allowed in this wilderness area because the elk stayed right next to the trail instead of running away. I finally got a good picture. 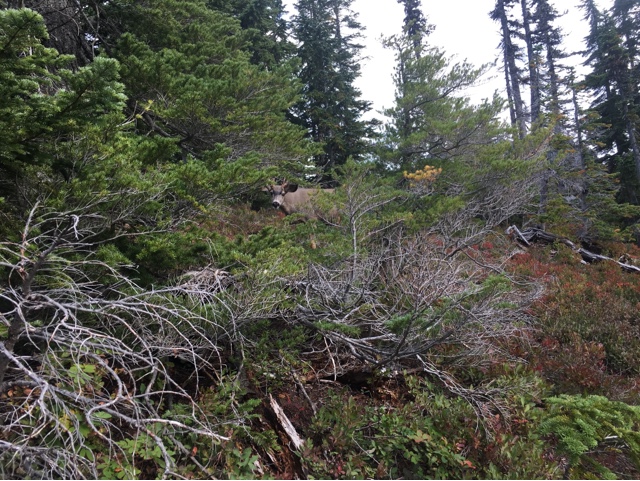 Hello elk
Just before getting into camp for the night I passed by an impressive waterfall. Even though I was almost done for the day I took a small break to enjoy the scene. After all the recent rain the waterfall was gushing. Alpine Lakes Wilderness has been truly amazing. 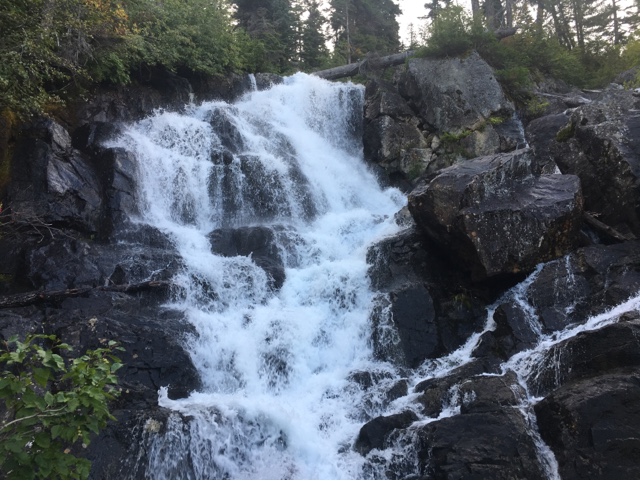 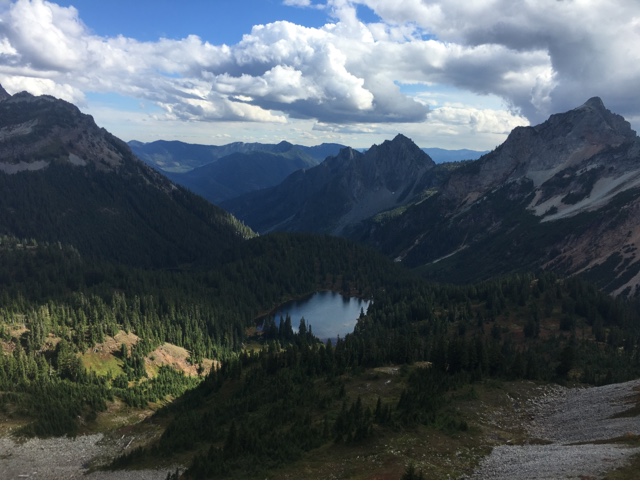 Alpine Lakes Wilderness
"If I have any wisdom of this at all, it's that life is precious, all life, our own and the lives of others. It made me commit to trying to be a better person."
- Harry Waizer, former Head of Tax for Cantor Fitzgerald at the North Tower, suffered burns over much of his body and injured his vocal cords when pieces of a fireball hit him and went down his throat.
Posted by Yoda at 10:46 AM