Day 35- Into The Wee Hours Of The Night 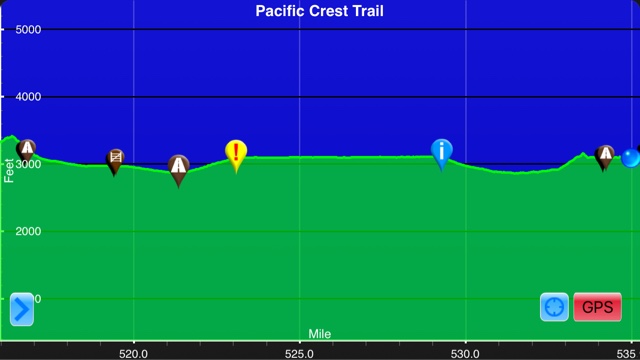 On the Appalachian Trail we called days like this creamy. It is a reference to easy miles. Today's miles were easy indeed, but they would have been miserable during the heat of the day. Last night was extremely windy. I woke up at four am to discover the wind had pulled out my main tent stake and my tent had collapsed on me. I just rolled over and went back to sleep. I had hoped to sleep in really late, but alas I was up at six. I hung around in the shade until the heat became unbearable. I caught a ride to the convenience store because they have an air conditioned room where they allow hikers to hang out during the day. I caught up on my blog and made some phones calls. I tried to nap, but that was an epic fail. 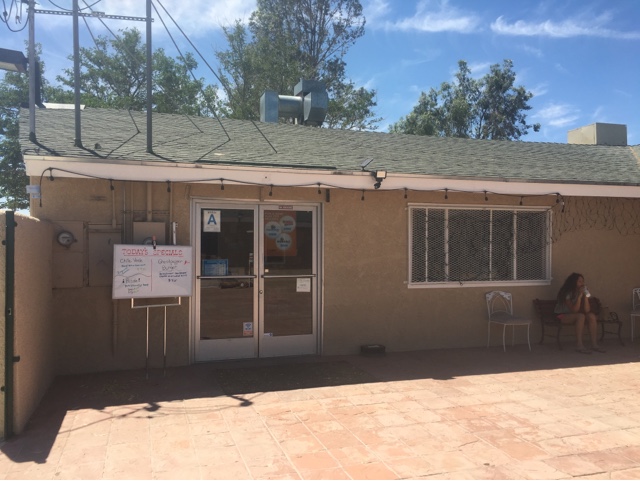 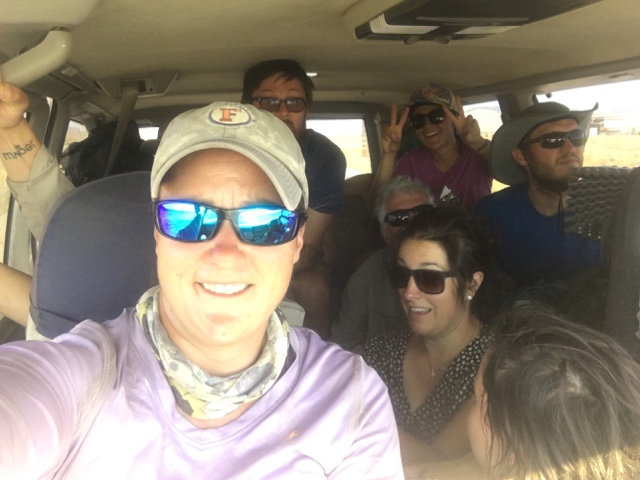 Ride back to Hiker Town
Once we all made it back to Hiker Town we sat around waiting leave. By six o'clock it had sufficiently cooled down enough to get going. The hike was fantastic. We walked on top of the Los Angeles aqueduct for almost the entire night. 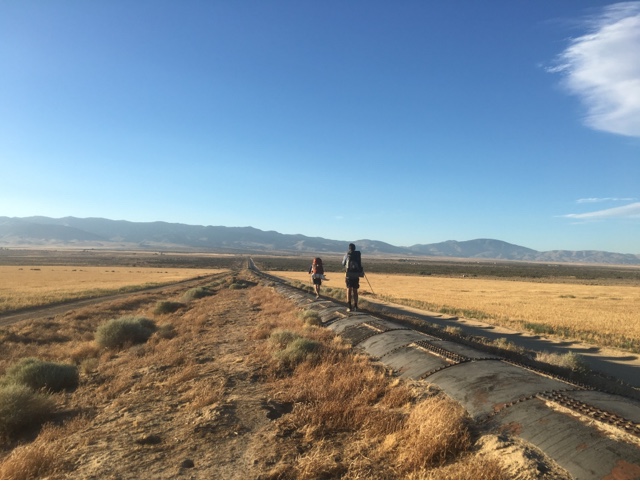 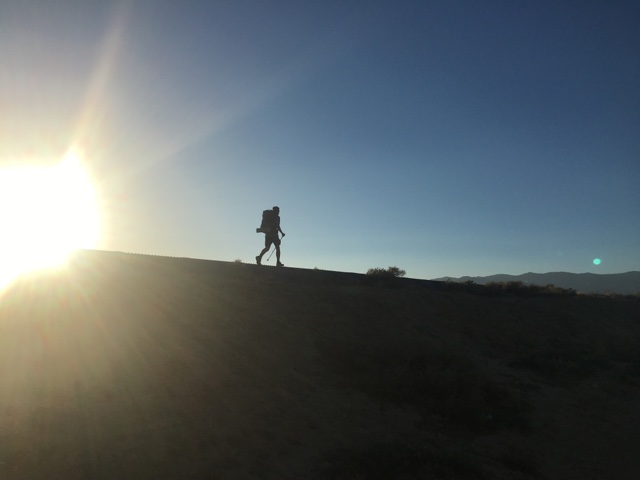 Uturn
The sun setting made for fantastic pictures. I was constantly stopping to take a picture of something. 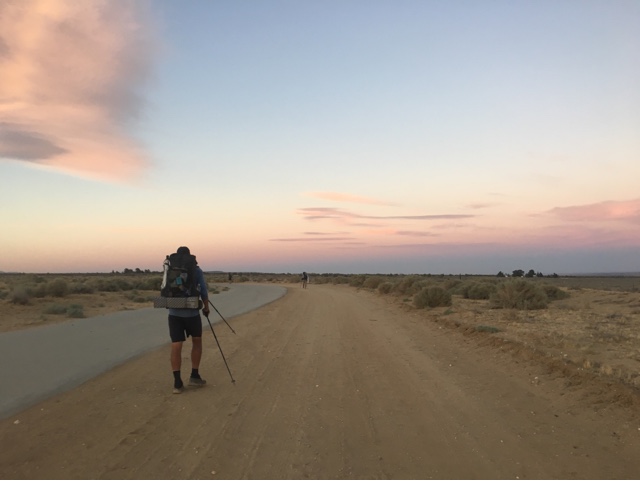 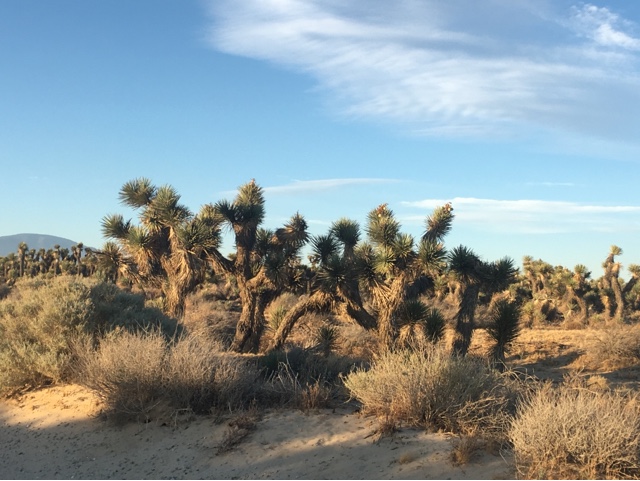 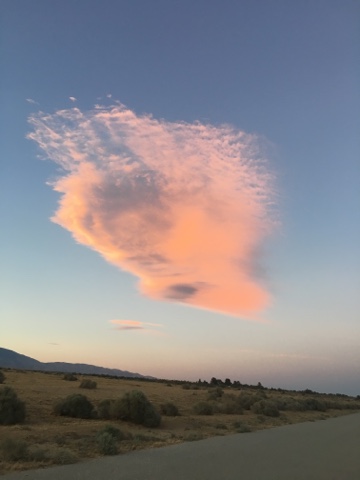 Even the clouds were photogenic 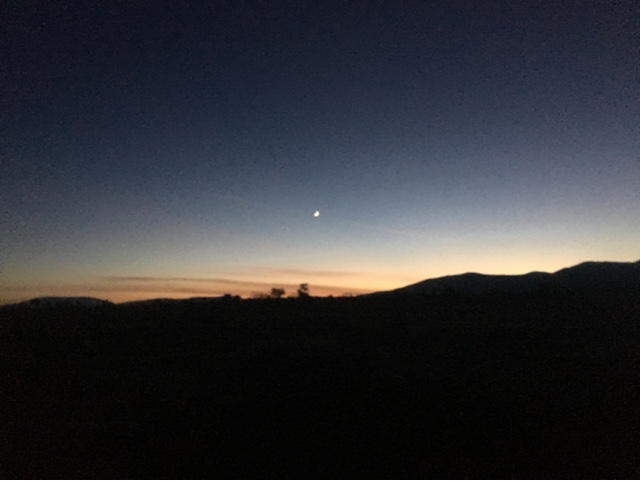 Moon rising
Eventually the sunset and we walked in darkness for ten miles. The walk was super easy. We stayed in groups of two to four people. Every time we took a break we would all meet back up. It made the miles go by fast and we had a lot of fun. The last few miles were difficult. By then it was past midnight and everyone was tired. We finally made it to our campsite a little after one a.m. The wind was atrocious. Uturn, Outro, Evac, and I didn't even attempt to set up our tents. We threw down our ground clothes and sleeping pads, cooked a quick dinner that consisted of more sand than macaroni and cheese, and went to sleep around two. It was a long, but fun filled hike.
"In the end, just three things matter:
How well we have lived
How well we have loved
How well we have learned to let go"
- Jack Kornfield
Posted by Yoda at 7:04 PM