Day 52- The Approach To Mount Whitney 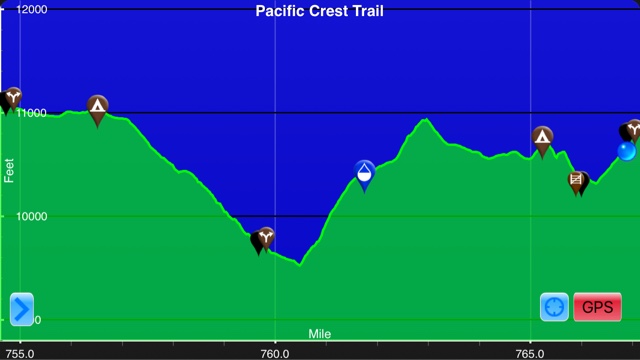 Today was a very rough day. I think it was a combination of muscle fatigue from yesterday and tough elevation gain/loss today. I hiked all morning and afternoon with Zuul. We left camp a little after six o'clock. I planned on taking my time today to give my legs a chance to rest before my midnight/sunrise summit of Whitney. I, however, did not plan on taking eight hours to hike twelve miles. There was just too much awesomeness to not stop and enjoy it. 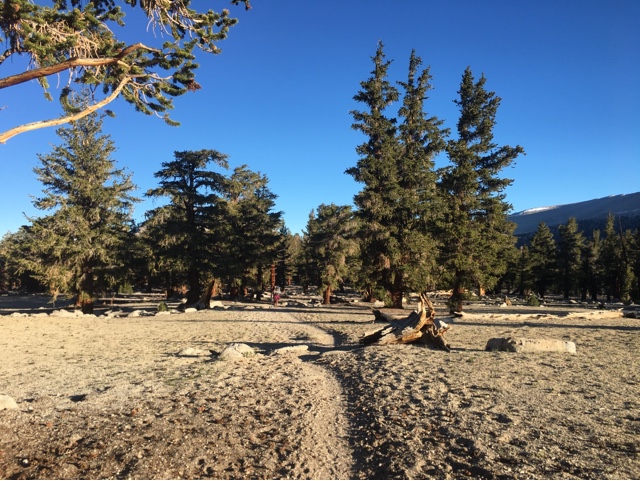 Hike out of camp
Leaving camp we immediately lost most of last nights elevation gain. We went from 11,000 feet down to 9,500. The camp spot at 9,500' was super cool, so I decided to take a break and make some coffee. Zuul and I chatted with Stork and Big Spoon for a long while before tackling the climb back up to 11,000 feet. 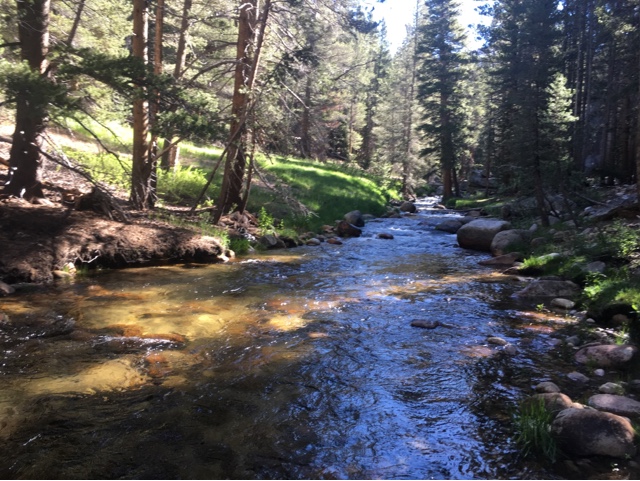 First stream crossing
Before staring the climb we hit our first stream crossing. Since I had just taken a long coffee break I didn't feel like taking the time to take off my socks and shoes. I went straight through with zero problems. The ice cold water felt great on my sore feet. Our next break was at Guyot Creek, which was halfway up the mountain. We were running low on water so we sat down and had a snack while we filtered. We then went into beast mode and made quick work of Guyot mountain. We took another well deserved break at Guyot Pass. Guyot is named after Arnold H. Guyot(1807-1884), an Appalachian Mountains explorer and geology/geography professor at the College of New Jersey (Princeton).
We used our break time to take fun pictures and to chat with another group of hikers. 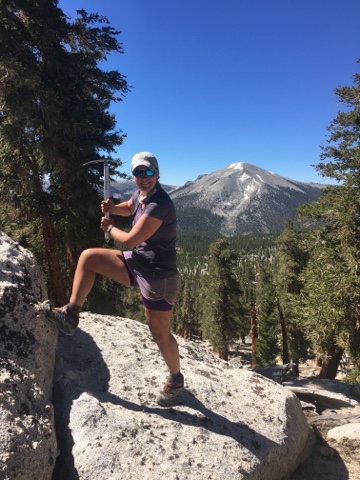 Might as well use the ice axe for something 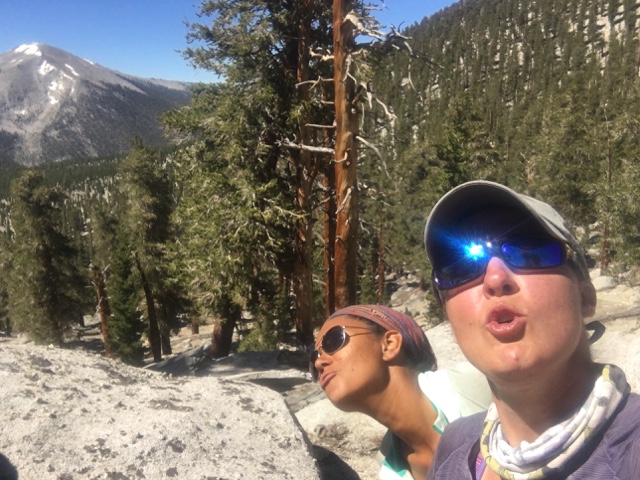 Howling
Eventually, it was time to get moving. I really wanted to make it into camp early so we could try and get some sleep. After climbing up to Guyot we went back down immediately. Luckily, it was a short down and we didn't lose all of the elevation we had gained. Zuul and I didn't make it very far before we were brought up short by our first view of Mt. Whitney. To say that we were excited would be a huge understatement. 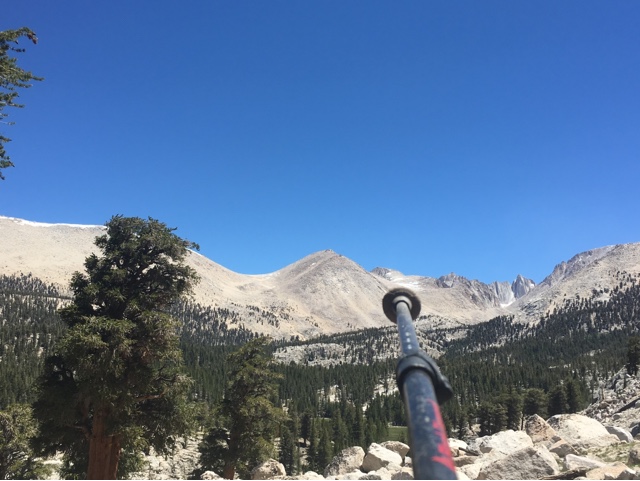 There she is!!!!
We were still determined to make it into camp early, but we came across a beautiful meadow that just begged us to stay for awhile. I took the opportunity to wash my socks and shorts in the ice cold stream that ran through the meadow.

Whitney Creek
Finally we tore ourselves away and finished the last mile and a half into camp. Outro was waiting for us there. She had powered through the miles and had been there for a long time. Zuul and I set up camp and tried to get some rest, but we were too excited to sleep(plus it was only two o'clock). We took the opportunity to plan our sunrise Mount Whitney summit. There were a lot of other hikers in the area who had just done their own sunrise Whitney summit. We asked all of them how long it had taken them. The general consensus was four hours would give us plenty of time. Last year on the AT I just barely missed the sunrise on Mt. Washington and I didn't want to risk that for Whitney. I decided to give myself five hours to make it to the top. Since the sun is rising at 5:30, I would have to be on trail by 12:30. Yikes, that didn't leave a whole lot of time for sleep. The problem was every time I tried to go to sleep friends who were ahead of me kept coming down from Whitney. Most of them I hadn't seen since Kennedy Meadows and I wanted to chat with them.
By five o'clock we started to get concerned because the rest of the Wolf Pack hadn't arrived yet. We had expected to see them around three o'clock. Eventually Raging Pineapple strolled into camp with bad news. Last night Evac had gotten sick. She wasn't sure if it was the same stomach bug that people had gotten from Kennedy Meadows or if it was a form of altitude sickness. Wolf and Uturn had stayed behind to take care of her. Sprinkles and Homegrown showed up a little bit later. They decided not to do Whitney at sunrise. Raging Pineapple, Homegrown, and Sprinkles would leave at four o'clock for their summit. Zuul, Outro, and I headed off to try and get some sleep. We had to be up at 11:30 pm for our sunrise adventure. I didn't fall asleep until after nine o'clock. I guess I was just too excited(and a little nervous as well).
"I only went out for a walk and finally concluded to stay out till sundown, for going out, I found, was really going in.”
- John Muir
Posted by Yoda at 8:11 AM