Day 53- If A Picture Is Worth A Thousand Words 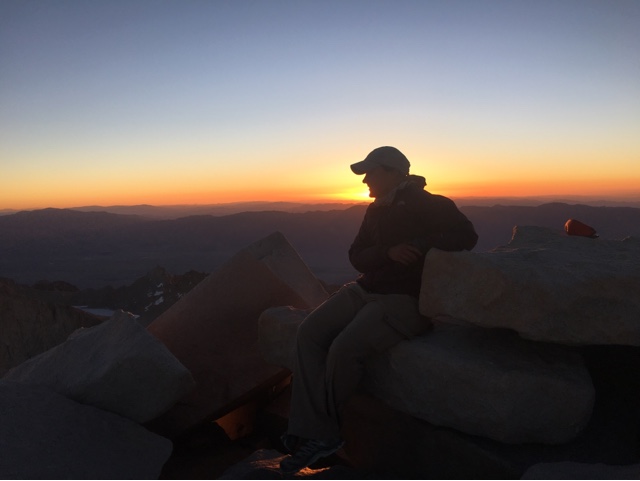 Mount Whitney at sunrise was one of the best moments of my life! It was a humbling experience to be at the highest point in the continental United States. Zuul, Outro, and I woke up at 11:30 and started to hike at 12:45 am to make it to the summit before sunrise. The seven and a half miles went by quickly. The higher we climbed the colder it got. Ultimately I was glad to be going up in the dark. It was way less scary not being able to see what I was actually doing. I knew that some of the climb was really sketchy, but it wasn't until later when I went back down that I knew how scary it was. 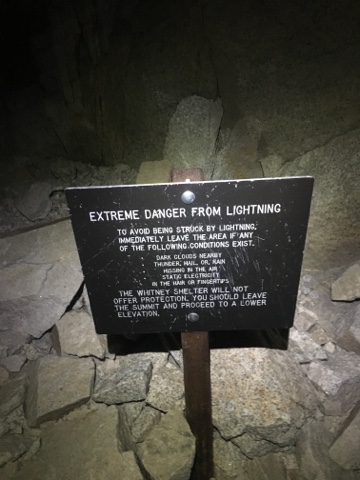 About half way up the mountain I looked back down and could see headlights bobbing in the distance from all of the other hikers making the pilgrimage to the top. The last mile was very difficult and scary. I had to cross loose rock and several snow fields. In the back of my mind I knew that one wrong step would spell disaster, but I had adrenaline on my side. I practically flew up the last quarter of a mile. Once I was at the peak it was freezing cold. I tried my best to bundle up, but I was soaked with sweat. No matter how many layers I put on I was still cold. I had to wait about thirty minutes for the sun to rise over the distant mountains. The longer I waited the more hikers that showed up. Most of the people at the top I knew and it was a great moment to share with each other. The sky turned the prettiest orange and blue I have ever seen. 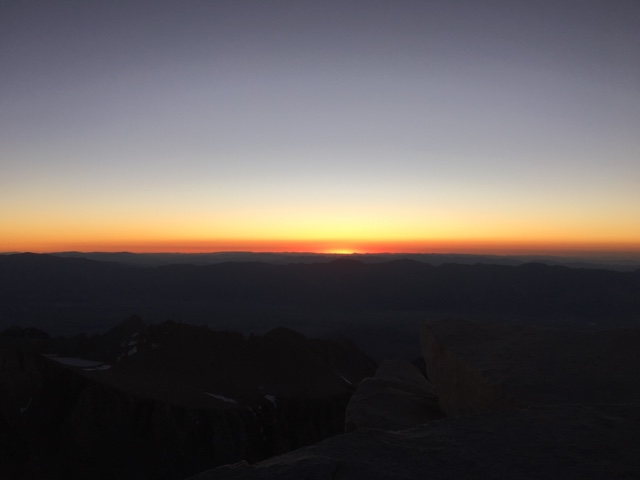 The sun and moon in the same picture 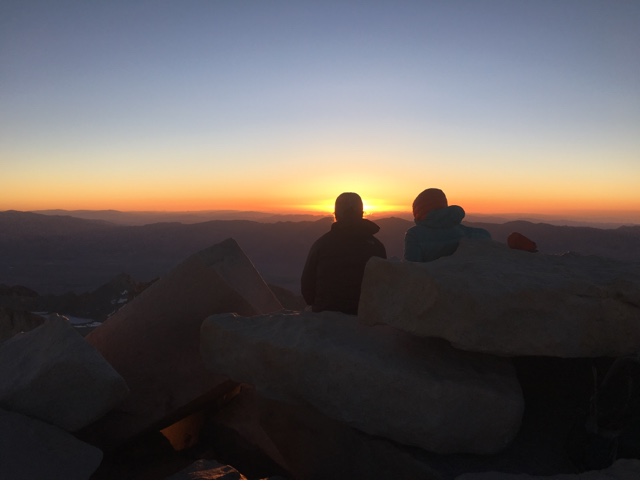 Yoda and Outro enjoying the moment 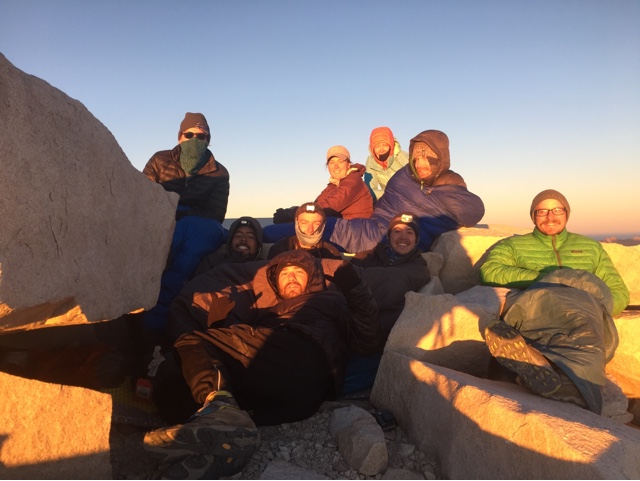 Me and The Neighborhood 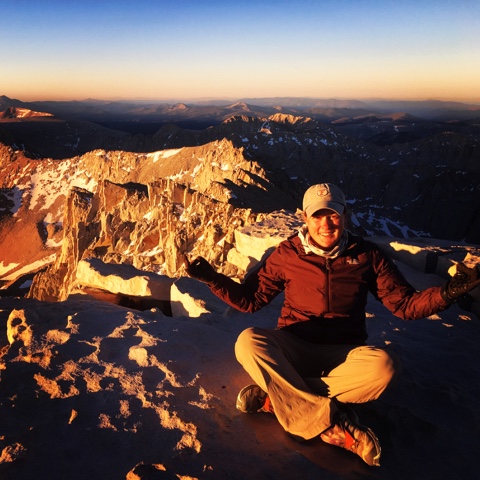 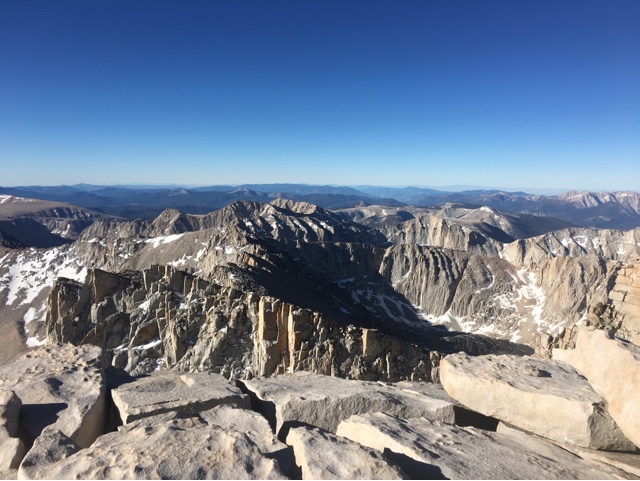 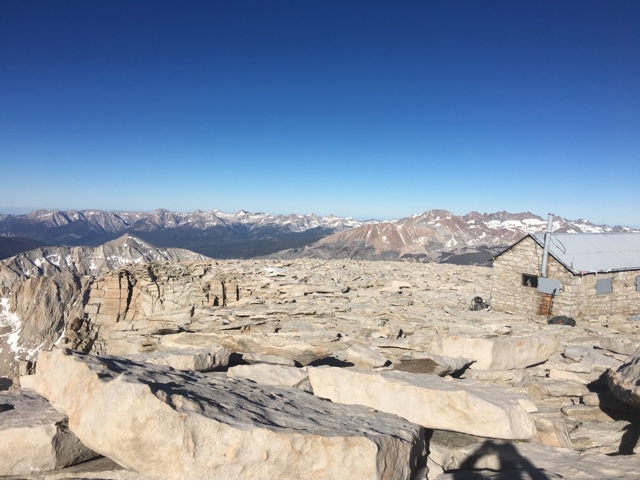 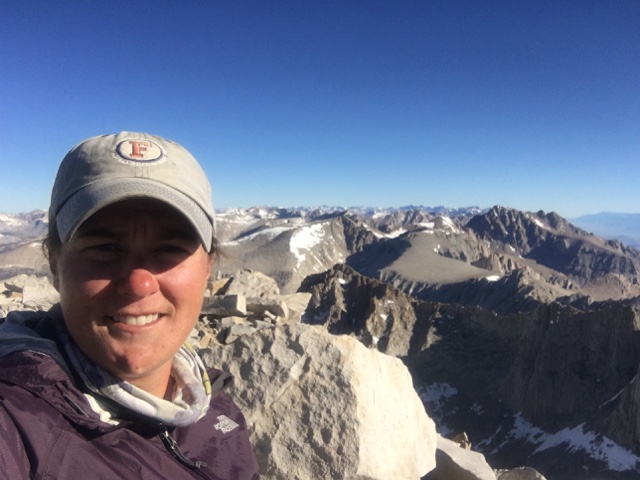 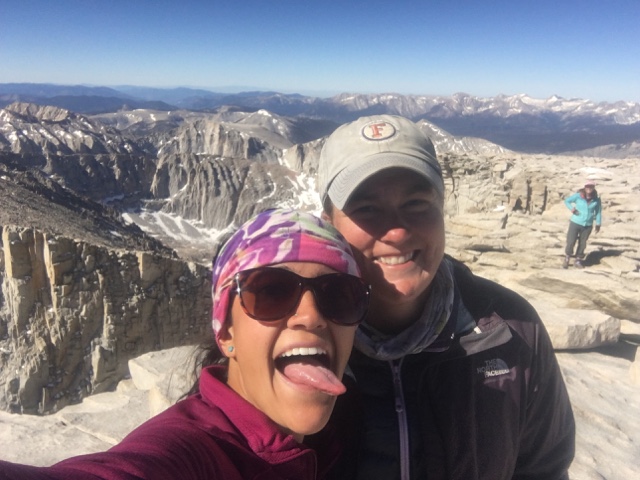 Sprinkles, Me, and Outro 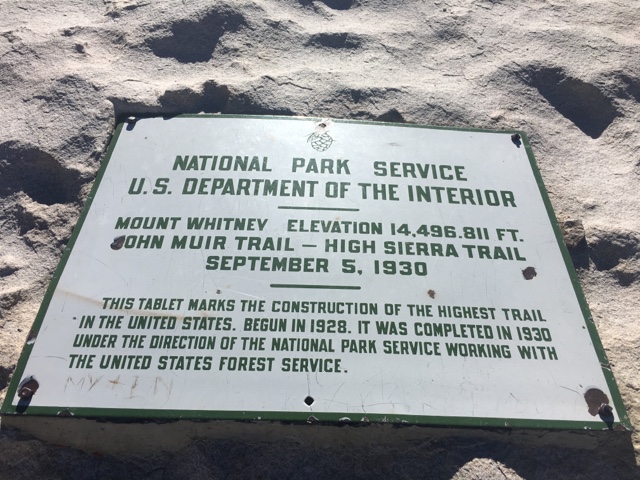 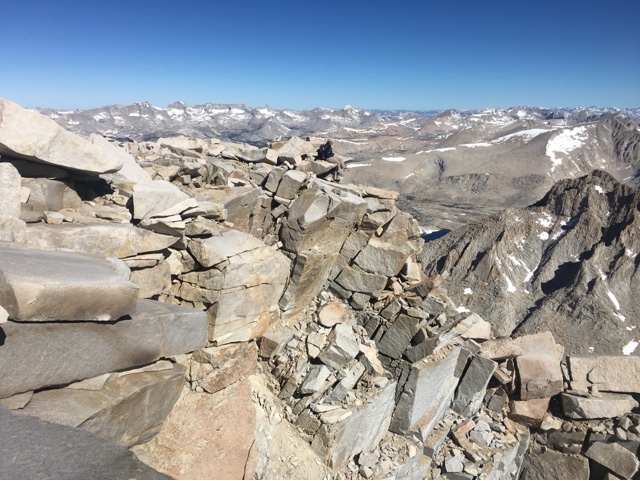 Sitting on the ledge

Mount Whitney has a special rule about pooping, you can't do it on the mountain. This forced most of us off of the mountain. We had been up there for over five hours so it wasn't a big deal. We took one last group picture before heading down. 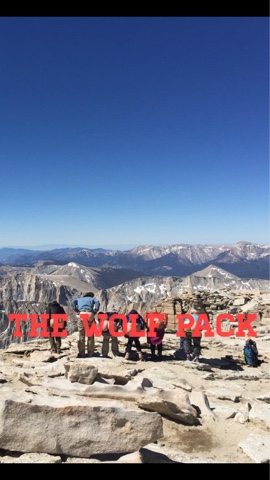 Over the course of five hours my mind had me convinced that the trip off of the mountain was going to be a death defying ordeal. Since I couldn't see anything on the way up my imagination filled in the blanks in the worst way imaginable. In the end there was only a few scary moments and a whole lot of beauty. 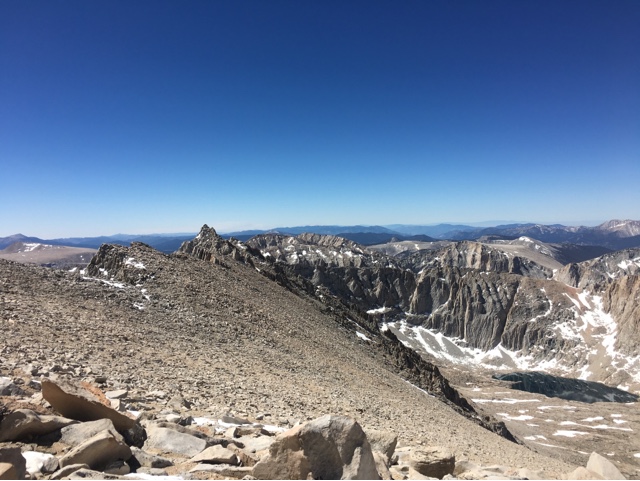 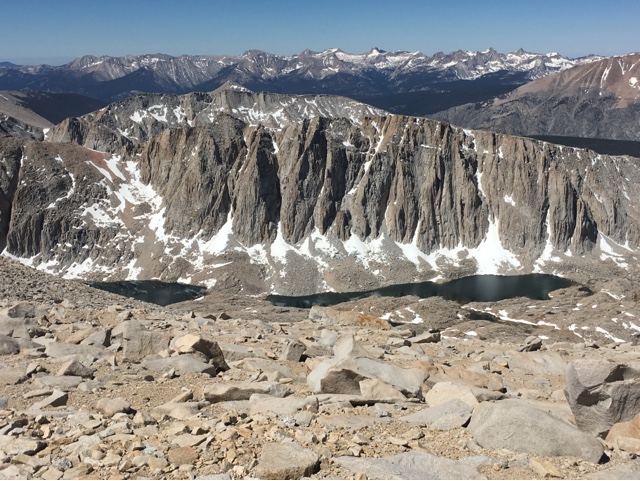 We were almost to the switchback section of the climb down when we came upon a section hiker. He asked if anybody knew who Yoda was. I told him that I was Yoda. He had heard I was running low on food from another thru-hiker and wanted to make sure I had enough. He gave me two bags of beef jerky and a pound of almonds. That guaranteed that I would have enough to make it until our next resupply. 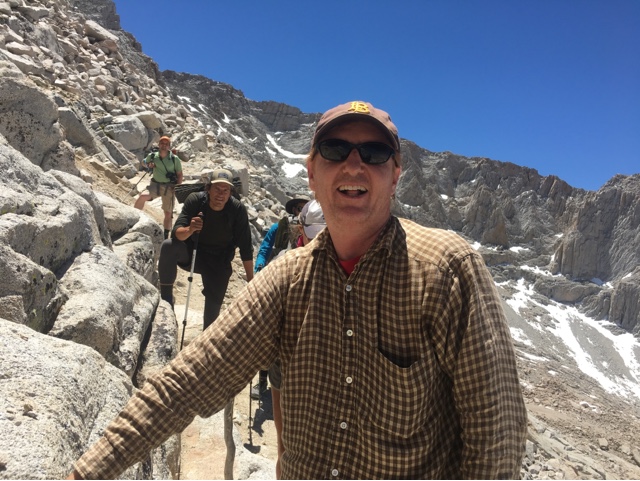 Thanks for the food Reed 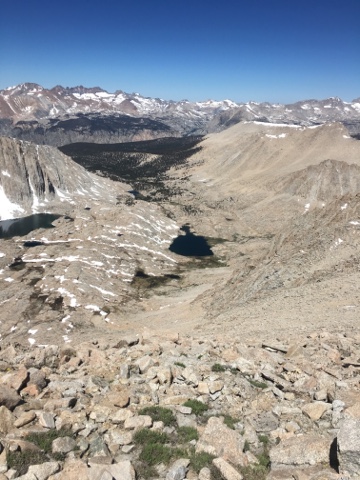 Zuul and I had four or five switchbacks left to go when we came across a rather large snow field. We decided to take the quick way off of the mountain and glissade down. Imagine sledding down a mountain, but without a sled. It was so much fun! 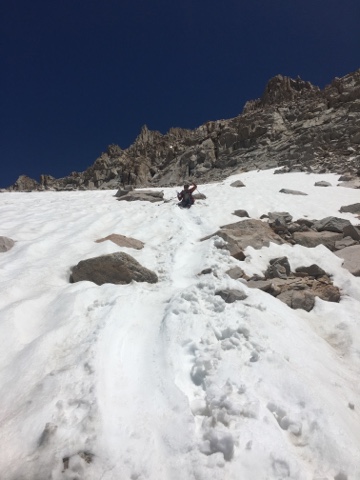 After over twelve hours of excitement I was physically and mentally exhausted. By the time we made it back to camp I resembled a zombie. I got out my tyvek and sleeping pad and laid down in the shade to take a nap. Unfortunately, I was too keyed up to sleep. Everyone decided to cook dinner so I joined the group. We decided to wake up early tomorrow so we could attack Forester Pass before the snow got too slushy. Forester Pass is the highest point on the PCT and has many challenges. I am excited to see if I am up to those challenges.

"Another glorious Sierra day in which one seems to be dissolved and absorbed and sent pulsing onward we know not where. Life seems neither long nor short, and we take no more heed to save time or make haste than do the trees and stars. This is true freedom, a good practical sort of immortality."
John Muir, My First Summer in the Sierra