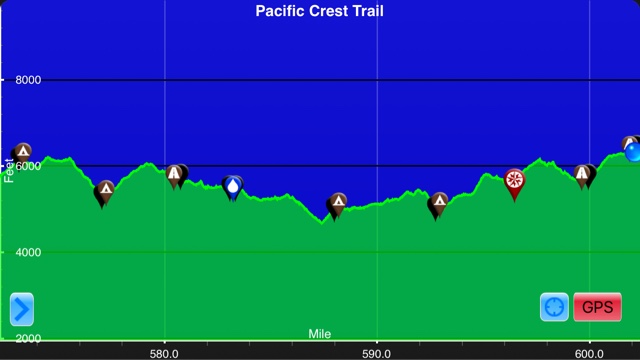 Today was just one of those great days were I was in the zone. I woke up early and was hiking by 5:15, only fifteen minutes later than I had planned. The first part of the day was rather enjoyable. I hiked by myself until I got to the first water source. It was a spring fed pipe that flowed into a horse trough. The trough itself was full of debris, tadpoles, and worms. Yuck! The pipe only had a trickle coming out. It took about two minutes to fill a liter. There was a long line of people waiting to fill their bottles. It took me almost an hour to fill and filter four liters. Luckily it was a nice shady area and I was ready for a long break. The next water source was nineteen miles away. I hoped to make it that far, but that would be a very long day under normal circumstances, but I was already carrying over twelve pounds of food. Four liters of water added another nine pounds to my overall weight. 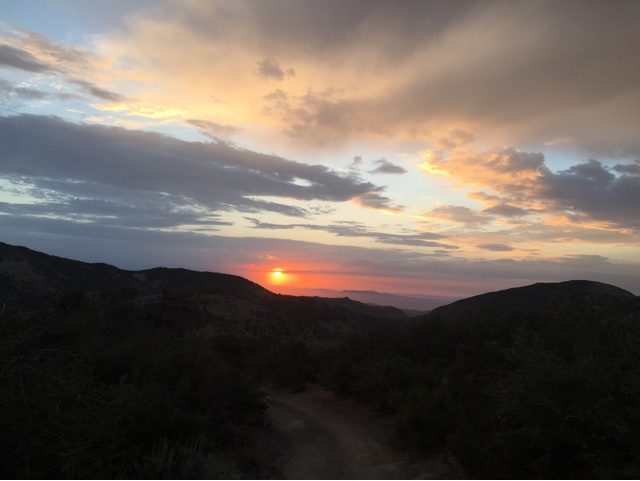 Another great sunrise
Shortly after leaving the water source the trail went through a burn area. That meant there was zero shade and I felt very exposed. It was rapidly warming up and I struggled to make miles. Eventually I found a small amount of shade and I hid from the sun for awhile. I didn't sit for very long because I get bored easily. 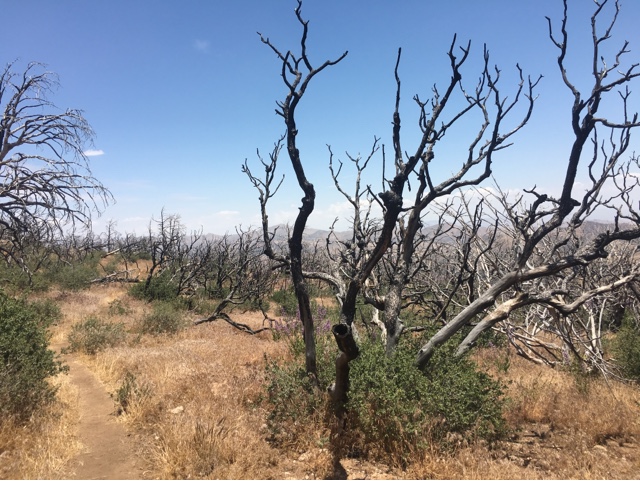 Not a lot of places to hide from the sun
It was shaping up to be a brutally difficult day, but the scenery was beautiful. I eventually made it to a nice shady camping area so I decided to take a long break and cook lunch. I never cook in the middle of the day, but I wanted to get rid of some of my food weight. I cooked bow tie pasta and added a pesto spice pack with some pepper jack cheese and olive oil. It was one of my best trail meals to date. I got out my sleeping pad and finished my blog post from yesterday. Since I'm hiking late most nights most of my posts are being written the next day. I don't like operating this way, but until I get back into a more normal hiking schedule that's just the way it's going to be. 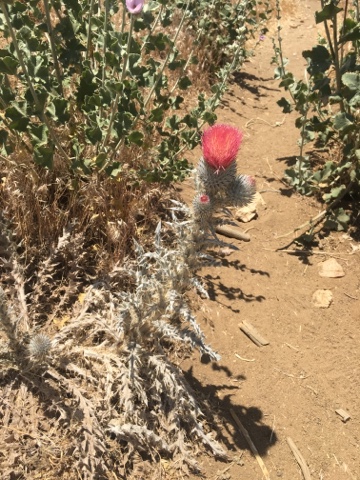 Cool desert flower
From my siesta spot I only had nine more miles to hike and 6.5 hours until dark before I hit the next water source. As my dear friend Airlock would say, "easy peasie". Well not so much. The trail decided to be more Appalachian trail like. It was straight up and straight down for the remainder of the day. I kept stopping every two miles and looking at my mileage. It seemed to be taking forever to get anywhere. I thought about stopping for the day at mile twenty two, but it was still relatively early. Once I made the decision to hike until the 600 mile mark the rest of the miles got easier. It was my indecisiveness that was dragging me down. I just needed a concrete goal. 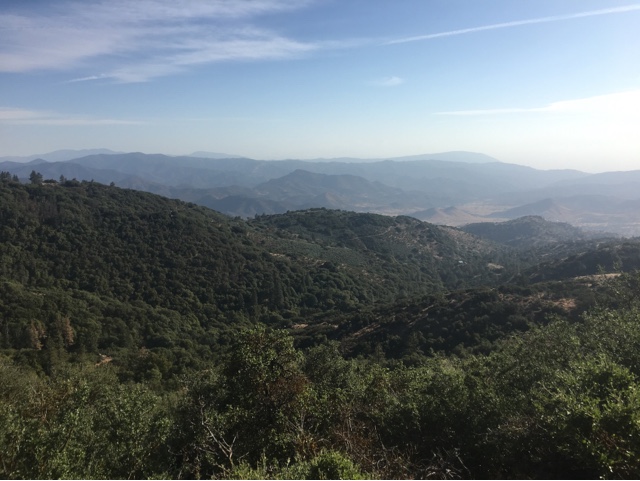 Very Appalachian looking
Of course the last few miles to mile 600 were very steep and on a jeep road. The struggle and exhaustion were well worth it though. It always makes me feel good to set a difficult goal and then achieve it. 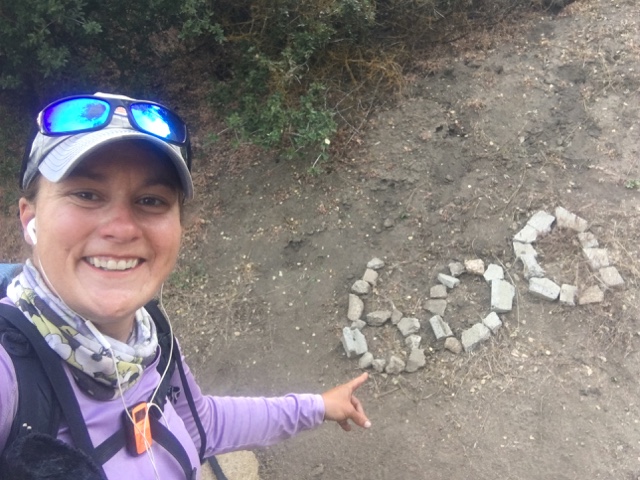 Pretty pleased with myself
Mile 600 came twenty five miles into my hike today. At this point I figured I might as well shoot for a marathon. 1.2 miles later I had hiked my first Pacific Crest Trail marathon. I don't remember how many days into the AT it took me to accomplish that, but it was just short of Mike 900.
I took the time to celebrate the only way I knew how, with sour gummy bears. 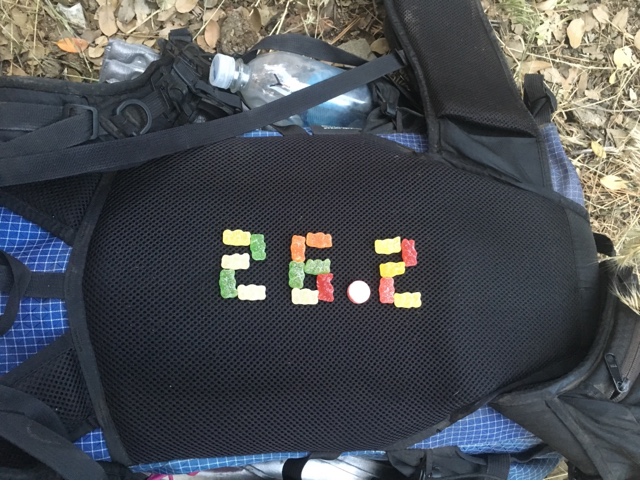 Gummy bear marathon marker
Now I only had .9 miles to the water source so I figured why not finish my day there. I strolled in shortly after seven o'clock. By strolled in I mean hobbled/crawled. It was an epic day though, I carried the most weight of this hike on my back, crossed 600 miles in under six weeks, did my first marathon, and had my longest mileage day. All in all not to shabby. Hopefully I won't pay the price tomorrow.
"Life shrinks or expands in proportion to one’s courage.”
- Anais Nin.
Posted by Yoda at 7:29 AM